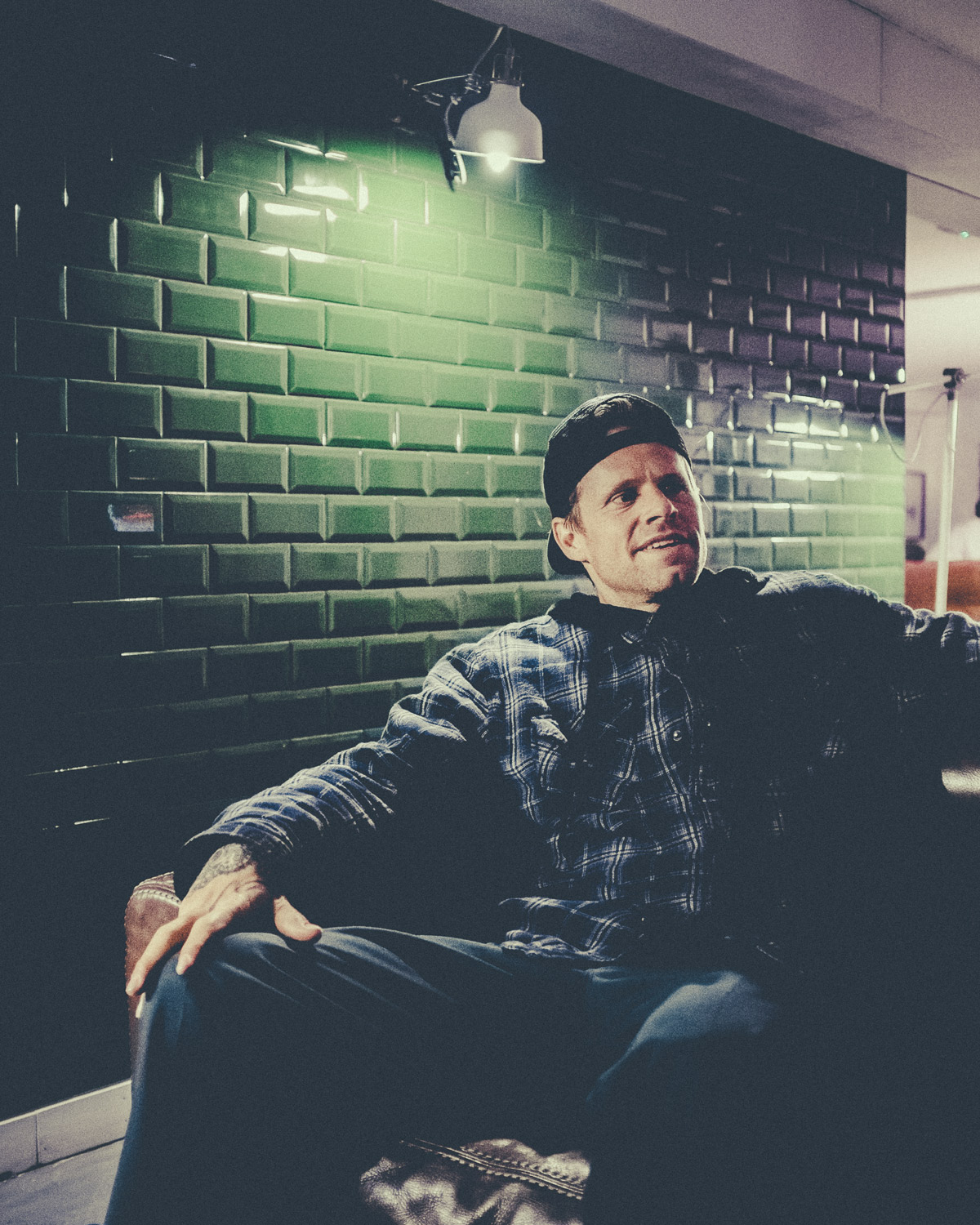 A couple hours before the London premiere of Vans’ Propeller we caught up with Anthony Van Engelen to talk about skating in LA, the re-booted Alien Workshop, FA, Hockey and more…             -Will Harmon

What and when was the first thing you filmed for Propeller?
The trick that comes to mind is this trick I did in Cyprus that was literally five years ago, which was kind of funny to see in there. It’s actually the feeble grind around a curve…

Oh the one that (Jonathan) Mehring shot! The one with the Slap Photoshop thread…
Yeah that one. That trick is just ancient.

What did you think of that Photoshop thread?
Ah I liked it; I thought it was hilarious. It was funny.

So you started filming for Propeller riding for the Workshop and in the middle you and (Jason) Dill started Fucking Awesome. Did filming for Vans slow down at all while you guys started FA?
Nah, I went pretty steady through it. I think Dill maybe experienced more of the brunt of starting a brand than I did because so much of the creative end falls on him. And he kind of actually got injured at the time too so it kind of worked out that he was able to do that. But with starting FA you know it really wasn’t that big of a deal to get some boards and shirts made. Plus we had help from our friend Jimmy that came over from the Workshop and we were totally tanked he left and helped us with the day-to-day and shipping…. He wears a lot of hats. So we had him and another partner that Dill always worked with for FA, Mikey, who does a lot of the business side of things. So I was able to skate a lot fortunately.

Can you tell us a little bit more about the time in Barcelona where you lost it? Do you know what pushed you over the edge? I heard stories of breaking glasses and chairs at Manolo… When was this? Was this the DC days?
Yeah that story in particular was during the filming for DC. I don’t know… I was just drinking too much. I’m just a bad drunk. That had been going on for years but I think about that time I began to get into a bit of a darker area.

And at what point after that did you realise something had to be done?
Well I went for a few more years… A lot of more years after that I mean… How dark do you want to go? (Laughs)

So do you think you’ve put in the most you ever had for a video part with this one for Propeller?
Yeah I think so. My life is a lot simpler now and I’m older. I’m more focused now and I was able to give it that you know.

I’m not sure if it was around for Mindfield, but the TF you guys have… Was it a valuable asset this time?
Yes for sure. I couldn’t do this stuff now without it. Because street skating in LA, it’s not what it used to be. If you want to skate spot spot, it’s the weekends as it’ll be a school. I mean I street skate every fucking day a lot and sometimes I don’t go to the park for weeks at a time, but when you are filming for a video, especially now, you need that place to go to learn things and figure it out to go to the street and find a spot for that particular trick. I feel like back in the day I just made video parts skating schoolyards and USC you know, as that’s all we skated… So the park opens it up a little bit.

So what do you think of the re-booted Alien Workshop brand?
I think it fucking should have been left where it was. I don’t fucking know. I don’t really have much to say about it really… I don’t know why (Rob) Dyrdek can’t let it go. Maybe it’s some ego thing that he feels like he needs to bring it back because he feels that maybe he killed it or it was in his hands when it died? Whatever… I don’t blame him necessarily. That thing was dying when it went to Burton. It was dying when we were making Mindfield – there were decisions that were made that caused the potential demise of the company back then.

So it had already changed so much way back then?
Yeah so it was like: Do I agree with everything Dyrdek did? No. But do I put all the blame on him? No.

Ok and can you tell us a little about the idea behind Hockey?
It is what it is. It’s John (Fitzgerald) and Donovan (Piscopo) and that’s kind of it right now. The idea behind it revolved around them. I mean that idea came up within months of us leaving the Workshop and doing FA. There were other ideas along the way on who would ride for it, but those two have always been the main ones. They are the main focus. But if you skate with those dudes they are so gnarly. And it’s kind of brutal, kind of like Hockey.

In a recent Tim O’Connor radio show with guest Brian Wenning, Wenning said that Guy (Mariano) had called him up and told him about how he was going to AA (Alcoholics Anonymous) meetings with you and how much it helped. Are you still involved with this and if so, how does going on skate trips affect that?
Yeah I do still do that. Skate trips don’t really put my sobriety at risk or anything like that – it’s so much deeper than that. I don’t know I’m older now and I don’t give a fuck… I’ll just go back to the hotel. But as far as AA goes, yeah I do that stuff; it’s helped me. It’s given me some direction and helped me deal with that kind of stuff.

So what’s next for you? Is there going to be an FA video? Will Strobeck film it?
I don’t know.

Is he too wrapped up in Supreme?
No not necessarily Bill would totally be down. If we were like to do something like that of course Bill would be a part of that. I mean Benny Magliano works for us now and he filmed for the Workshop and he’s the one that made the Hockey thing. He also does a lot of Hockey artwork too. So you know there’s that angle, but I don’t know if we are necessarily going to make an FA video right now.

What about you? Now that you’ve finished this big video part is there something you are looking forward to now? Maybe relax a bit or go into another project?
I’ll probably try and get somewhat busy with something, but I’m definitely not going to kind of ah… I mean maybe I like to think that I’m not going to do that, but to be in the headspace that I’ve been in for as long as I was with this thing it’s a little like… I don’t know if I believe in balance or whatever, but it (filming for Propeller) really didn’t make room for much of anything else. And that’s just the nature of my personality. I don’t really want to be there too much anymore because it’s just fucking too much. I want to do something though; maybe have a little more fun with it I guess. We’ll see… I don’t know.

I think that about does it. Thanks Anthony.