A few months ago we caught up with Lev Tanju to talk about Palace’s trip to the French Riviera to get footage for the Bronze/Palace Paramount edit. Lev was also kind enough to update us on all things Palace…

Lev, so why did you guys pick Nice for this Palace excursion?
We picked Nice because Blondey (McCoy) grew up near there and his dad used to hang out in Monaco loads. Blondey thought we should go there because there are lots of spots and it’s near Italy, France and Monaco all in one. So we went there and everything is pretty close and we rented a van too.

Is it not a crazy bust there in Monaco?
It is, but not the main spot where you want to skate along the beach. The central bit looks like a bust because it’s all posh and security n’ shit, but you can get away with it.

Did you guys get suited up and hit the casinos in Monaco?
We were supposed to, but I was hungover when I was packing my bag and I looked at taking the suit, but I was like: ‘Ah that’s not gonna happen. Fuck that shit.’ Everyone was bummed because loads of people did, but people like Chewy… He’s not gonna take a suit anyways. So anyways I was like fuck it.

How was it filming with Guillaume Perimony? I guess he wasn’t bunning and getting mash up with you guys…
That guy’s sick man; I like him. He’s just chill and he’s a fucking good filmer and he is good to hang out with. It was weird because we were at the house right, and everyone is getting drunk, smoking and having a party basically, but he was really chilled… I quite like straightedge people when they are not trying to push it on to you and they are just totally chilled. He was just nice everyday and fun to hang out with. I’d like to take him on more trips because he’s just fun you know what I mean? 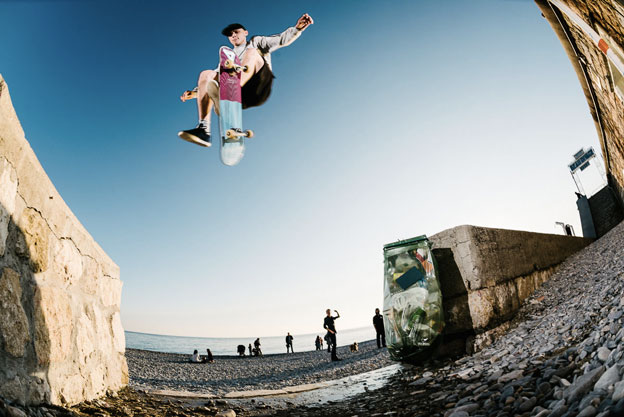 Cool. Now knowing that the new Palace video is going to be filmed exclusively in London, where is Guillaume’s footage of the trip going to end up?
We are doing a collaborative edit with Bronze that comes out in June. And so we wanted to go away and film some different styles of footage… Not necessarily all on VHS and just mess about and do something different. I didn’t have to film either so it was even better! (Laughs)

Looking forward to it. What’s the team been up to? I know Lucien (Clarke) is out in Cali and Chewy (Cannon) is settled in Barcelona now… How about Rory (Milanes), is he still hurt? And where is Benny (Fairfax) at the moment?
Benny has been going on loads of adidas trips; he’s been killing it though. Rory had a problem with his leg or knee or something, but he’s starting to skate again. You know everyone’s been skating. We’ve been busy with other stuff too… We haven’t been on mad filming missions, but everyone’s still been hanging out and skating. (Danny) Brady has been skating loads all the time and it was good when we went on this trip because everyone skated well.

And so do you think the Palace full-length vid will come out this year or do you not know?
Yeah maybe it will, I’m not too sure though… It depends as I just moved office and I’m collating all the footage and I want to see what other people drop as well as what the other videos look like. 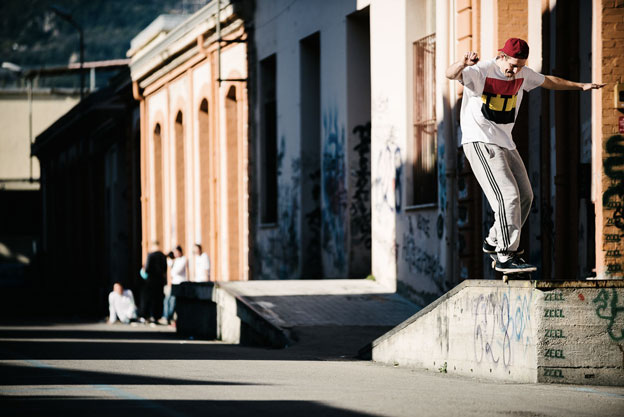 Yeah a lot of major skate company videos are supposed to drop this year (Polar, Vans, Isle, Magenta, etc.). Any that you are looking forward to?
Not really… Well I guess they are gonna be sick, but I don’t really watch skate videos anymore that much really. I watched that Bronze thing the other day; that was banging. I guess it would be good to see Nick (Jensen) and them lot (Isle team) skate and Polar will be good as well I guess, but I’m not excited or anything like that. Maybe just because of… I don’t know I hope they deliver something I haven’t seen before. But I’m sure they will as those guys have been working on it hard. I dunno, it’s quite hard to make skate videos good nowadays innit?

Yeah it’s really hard to make them stand out.
Yeah sometimes when you try to make it look different it just looks stupid anyways because you tried to think too hard outside of the box. But I’m excited to see my friends skate in the videos definitely.

Ok so going back a bit, was the PWBC crew cool with you naming the company Palace?
Yeah well originally it was going to be called ‘PWBC’ and then I had loads of stick from people who own skate companies saying: “Oh you can’t call it that because some of the PWBC crew are riding for other brands.” But that’s sick because then I just called it ‘Palace’ and you know Palace is it’s own word and it’s more sellable in the end. 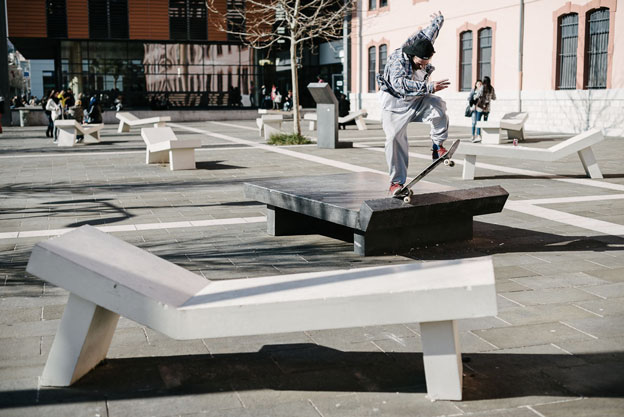 And how do you feel about (Andrew) Brophy’s Wayward Wheels Company?
I don’t know man I guess he needs to do something or whatever. I guess that Edson’s gallery (The Wayward Gallery) thing is a bit of a weird thing though because he should have spoken to him about it. But I’m too busy to even think about wheels you know what I mean?

If you could do a Palace collab with any brand in the world who would it be?
Moschino. I’m on it; I’m gonna make it happen definitely.

What’s the deal with Juan Saavedra? Is he properly on the team?
Juan, if you are reading this, you are on the team! (Laughs) I love you; you’re sick! Yeah he’s on the team basically as of now.

So what about Juan and other guys who don’t live in London will they have full parts in the video?
Yeah they are gonna have parts… Not like full parts but you know how Richard Mulder had like three tricks in a video and you were all stoked, but you wish he had more… Well like maybe twice as much as that or something. I don’t want them to have five minutes fucking about… I just want people to have a little taste of what they’re about.

Now that you guys have teamed up with Baker distribution in Cali, is there a Baker/Palace tour or anything planned?
I’d be well up for it man. I was speaking to Ellington about doing something and he’s up for it but basically it gets hard organising it because those guys are so busy as well. And we are too, but I definitely want to do a tour of America. I think we need to so I can go visit all the places I’ve never been and take everyone there. It would be fun; I’m up for it definitely.

So are there any more trips planned in Europe or are you mainly going to focus on London and filming for the video?
We are going to go to SF maybe, but mainly focus on filming in London. Wherever people get ideas really. People just get ideas on where they wanna skate and then we go there basically. 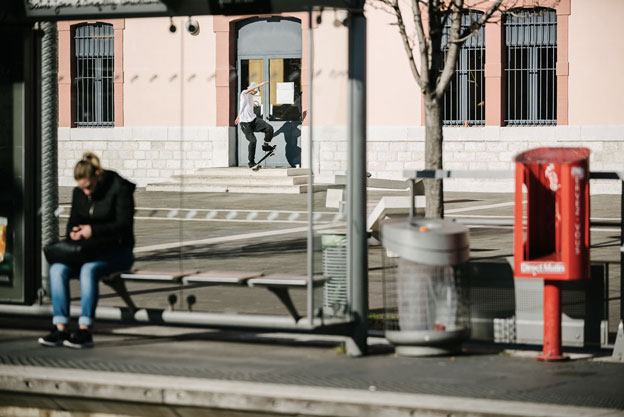 Any new additions to the team?
Yeah I got a few ideas, but I need to go hang out with them and see how they are you know. Maybe we’ll steal a few people and piss everyone off… That always works. It should happen naturally though. We don’t really need riders because we are stoked on the team the way it is you know? At the minute we are just trying to concentrate on getting their full parts out and make sure they’re happy and then we can add more people. But I don’t need to be looking after other people, because I got Benny and people like that to look after. (Laughs)

You can find the new Palace x Bronze items here.