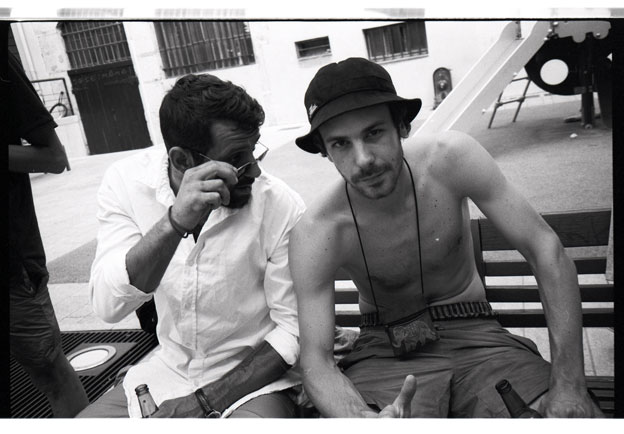 All photos by Florian Lanni.

If there’s one thing we’ve learnt from the countless hours spent gossiping at skate spots, it’s that nothing gets skateboarders more excited than whispers about a new company. Obviously there’s nothing wrong with that, only why is it that the ins and outs of actually getting one off the ground never seem to get discussed? Going through the same laborious process with Free as a lot of our friends who started successful skate brands got us wondering (no offence): “How the fuck did they pull it off?!”
So we thought we’d start asking them, starting with the French masterminds behind Hélas Caps: Lucas Puig, Stephen Khou and Clément Brunel.

How did you three meet and what made you decide to start a hat company together?

Lucas: I met Stephen like 15 years ago. We pretty much spent the first 10 of those years growing up together! Later on when he moved to London he introduced me to Clem.

Clem: Yeah Stephen’s the first one I met. I think it was skating Southbank. I remember chatting to him one night about this idea we both had at the back of our minds: we wanted to start a cap company that would make “French Lacoste Steez” hats. Five panels were still kind of rare back then so it seemed like the perfect time for it.

Steph: Yeah I guess it did all start from that blazed conversation outside the pub in London…

Lucas: Then when Steph moved to Shanghai he explained to me what he was thinking of doing and I told him I was 100% down to be involved. A few months later Hélas was born! 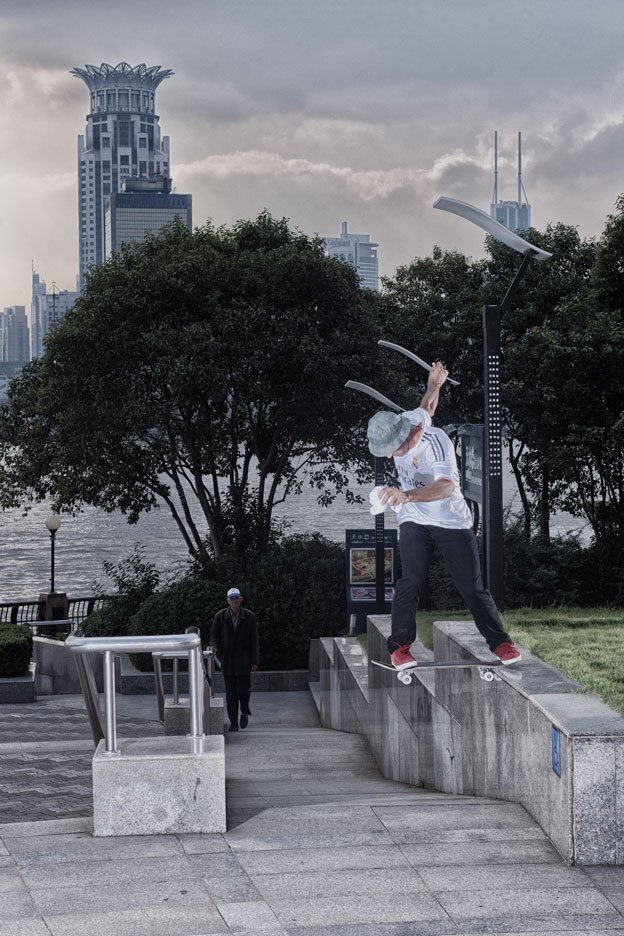 How did you guys come up with the name? Who suggested Hélas (meaning unfortunately)?

Lucas: I’m not exactly sure from which one of us it came but what I do know is that Oxmo Puccino was always there whispering it in our hears.

Clem: Yeah we were going through lists of potential names and logo ideas on Skype and listening to a lot of French rap for inspiration. Oxmo Puccino was playing at that moment and we were speaking with Stephen when he suddenly said “Hélas”. I thought he was just speaking to me, but he repeated it and we were pretty stoked on it !

What about the umbrella logo? How did that come about?

Clem: I think the umbrella idea came from Stephen. It was perfect for a cap company because it’s a classy accessory that you carry over your head. The paradoxical idea of putting an umbrella on a cap (you wouldn’t need both) is also quite amusing.

Lucas: It’s supposed to be open to interpretation though. Like to me it kind of  means hélas (meaning unfortunately) you can’t go skate, and the umbrella is associated with that because of the rain. It’s also just because it’s elegant.

Steph: Yeah exactly: it’s a mix between it being nice accessory and it matching with the name (as Lucas explained). Plus it’s a reference to the UK connection! 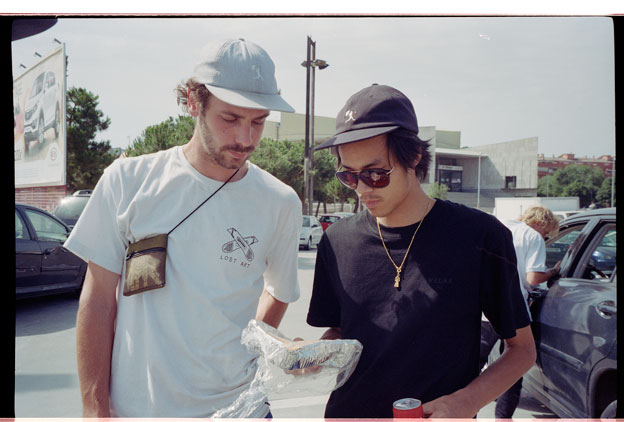 You guys seem to have quite defined roles right now. What are they (more or less)?

Lucas: I guess my role at the moment is to skate as much as I can and promote our baby all over the world.

Clem: I take care of the distribution and I usually do most of the final designs, even if design ideas and sketches can come from any one of us.

Steph: I take care of the production side of things as I live in China, but I still kind of like doing a little bit of everything too like designing, filming, editing… Since we can’t really pay other people to do that stuff yet we have to do it all ourselves.

Clem: Basically we all try to push the brand with what each of us can do best for it.

Steph can you tell us a little bit about being based in China and how that makes it easier to deal with the factories?

Steph: Yeah China is amazing, a lot of GUCCIT here as you guys can see through our products, but it’s not always easy. China is huge and finding the right suppliers, sending the goods over Europe by sea etc. can be complicated. It’s worth it though because being here gives you access to a lot of really good fabrics and allows you to meet the suppliers and see their products in person. Which inevitably enables us to keep a closer eye on the way our products are being made.

Did anything turn out to be harder/more complicated than you guys had anticipated?

Lucas: Its hard to start a company with not much dinero…. Plus we had to learn everything on the job!

Steph: Exactly. So at first it was more about just getting a bunch of hats made and sending them to Europe, but as it grew it became all about getting the the collections in on time.

Clem: Stuff you hadn’t anticipated always comes up when you run a company and it’s fine to make mistakes. You just try to make sure you don’t make them twice.

Did you guys expect it to become this successful?

Clem: You can never tell what’s going to happen when you start a company on a small scale with no experience, but I knew we were gonna do something cool!

Lucas: Maybe not quite this fast…

What kind of stuff have you guys learnt from working on Hélas?

Clem: Everything from designing logos, to being a salesman, to marketing, to respecting time constraints… None of us studied business, design or fashion so we had to teach ourselves everything on the job.

Steph: Not to mention dealing with factories, learning how to film (skating) and everything else we have to do to keep the brand fresh.

Lucas: And how to pay all sorts of taxes…

What advice would you give to all the skaters out there that are considering starting a brand?

Clem: Doing your own thing is being a Boss! But you have to go for it with passion. 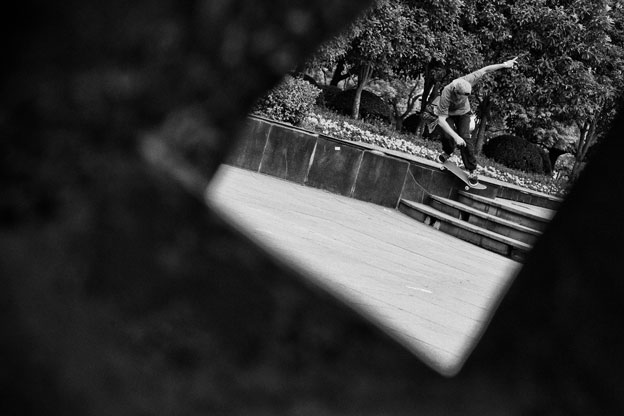 I know there’s a Hélas video in the works. Can you guys tell us a little bit about that? When are you guys thinking of putting it out? Any full parts or will it just be a mix of footage from everyone like the mixtapes?

Lucas: Next year. Or maybe the one after that, we’ll see… haha. But a few full parts for sure!

Clem: Yeah Stephen has been killing it behind the lens, he’s the one hyping everyone up about it. On top of the full parts there’ll definitely be some “chaos” style montages. We’ve got so many riders I don’t think we’ll have enough space to put everybody on one DVD! A real SAGA is on it’s way !

Steph: We’ll also keep dropping some mixtapes and edits in the meantime…

Can you guys tell us a little bit about the team? On top of being one of the largest in skateboarding, it’s the only one I can think of that hooks up dudes with full-time jobs as well as guys like Ishod that are in street league.

Lucas: I’d say the team is a close group of people who are involved in similar activities and who help and protect each other, sometimes to the disadvantage of others.

Clem: They are all the homies ! And it’s not because some are not under the limelight that they aren’t talented ! Big Love to the HCC = Hélas Caps Club

Steph: Of course we want to support the homies with full-time jobs! They are killing it just as hard, but only the real G’s know…

What can we expect from Hélas in the near future?

Lucas: Probably a few mixtapes and some more cool gear!

Steph: Thanks for the love Freeskatemag! 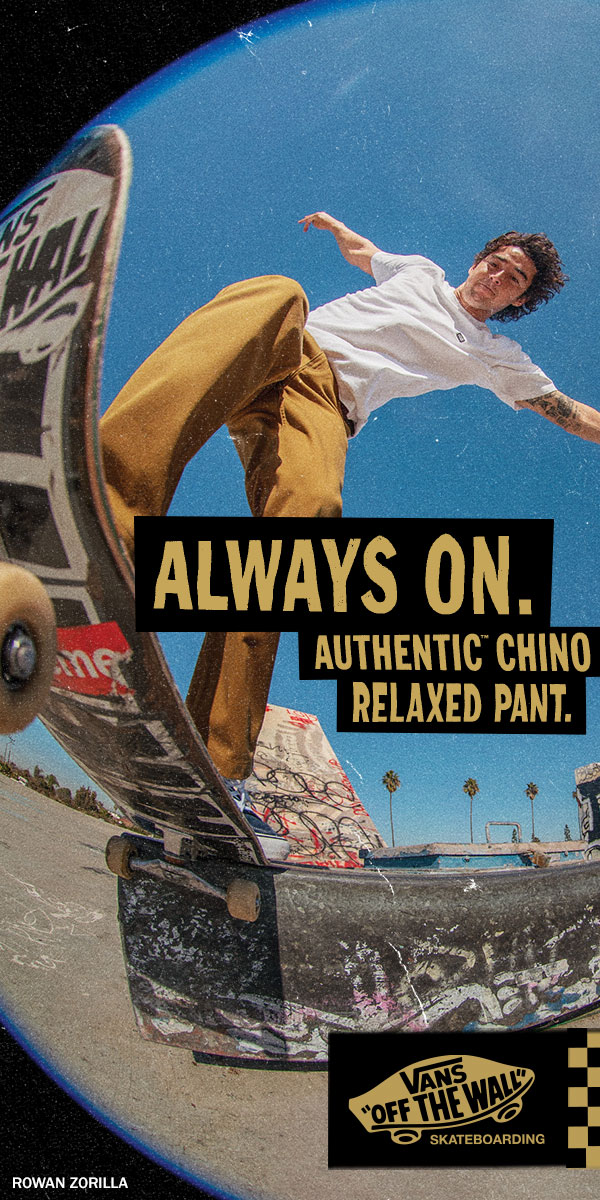