Intro by Samu Karvonen. Captions by Samu and Pete Ruikka.

ITÄ means “east” in Finnish and that’s what this is all about. The roughness and the ‘fuck it’ attitude of East Coast skating is something we all look up to.
Around eight years ago on a long walk home after another hazy bar night we came up with the idea of putting up a blog. A blog where we could collect all sorts of randomness with that eastern flavour we loved. In couple of years this blog turned into a film composed from leftovers and digi-cam craziness (yes, the time before phones had cameras). That film carried the same name as the blog: ITÄ. The film evolved into some stickers. These stickers gave us a great idea to re-label some hardware into our own. Hardware turned into boards, boards to few more films and now we’re here as somewhat of a brand or a team.

The rare chance to materialise our thoughts without any one of us being financially dependent on it gave us the opportunity to shine with our uncreativity and turn our bad ideas into reality. With never-ending promises of lusty life and beer incentives our crew grew taller and now we even got a few world-class beanbags on our roster to rep the ski mask. It’s the symbol of a multi-tool for dirty deeds. Central Europe knows us mainly because of our griptape. The US just knows one of our riders backtailed the Hollywood High rail and to the eastern part of the world we’re just another customer. But in Finland we’re a collective: a bunch of friends skating, having fun and keeping it random.

But really, what’s better than turning bad jokes into products and helping some young chaps with boards and fresh garments? Seeing your friends sharing the joy and backing it up with every penny is why the joke still lives on. When the day comes that our sweet supplier realises it’s all just a scam and pulls the plug on us we’ll keep running things like the day we started: turning those bad jokes into worse ones.

We’re currently under production of another full-length video called ‘SKAM’. It probably won’t see the light of day before this article is out since the main editor skates too and in Finland where skating outside is not an around-the-year thing we usually try to make the most of it before the white stuff covers everything again.
SKAM is not gonna be the next hype out there nor a YouTube hit. It’s just going to be another friends film filling the boundlessness of the interweb. Just like this article. Someone had to fill these pages. We’re no different from you. We just like to party like it was 1974.
#ITÄLIFE 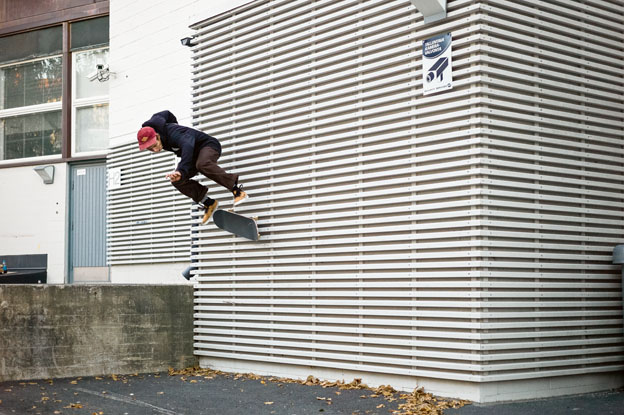 Janne Huotari – Kickflip wallride. Photo by Vesa Ritola. Janne is the freshest face in the crew. He represents the notorious 20 hood of Vantaa and does it with style and grace. Keep a finger on the slow-mo button when looking at his footage or you might miss a flip or two. 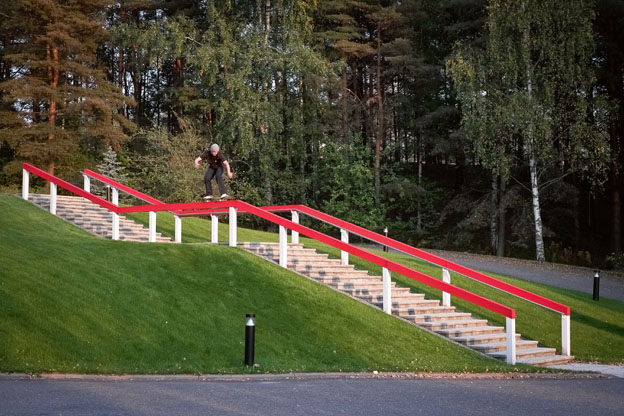 Aapo Olervo – 50-50 a rollercoaster. Photo by Samu Karvonen. Aapo doesn’t ride for ITÄ, but he rips and enjoys his beers in our presence so there is no way to deny him being part of our collective. I’m pretty sure this 50-50 should be in the next Guinness Book of World Records as the biggest rail grinded in Finland. 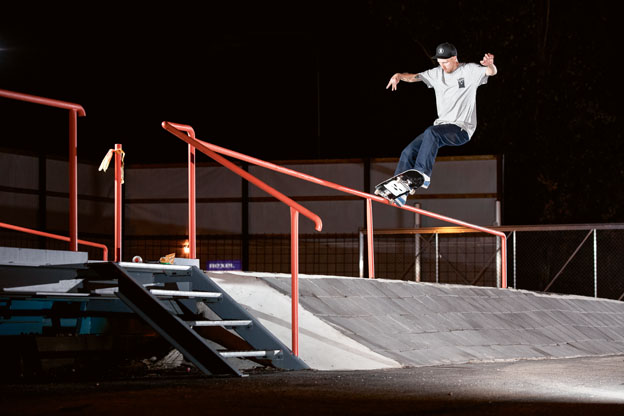 Teemu Korhonen 5-0. Photo by Sam Clark. Teemu’s called “The Frontside Guy” most because his trick orientation. Could have something to do with his favourite past time hobby, Ice Hockey? Never seen anyone play hockey backside? 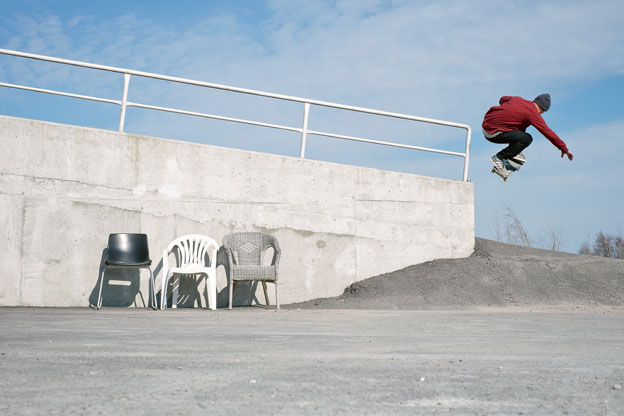 Pete Ruikka – Wallie. Photo: Samu Karvonen Mainstream popularity won’t fill the seats at street spots no matter how much of an Olympic sport skateboarding’s going to be in the future. If you’re afraid shit’s going down any differently, get your crew together and promote skateboarding the way you want kids to see it. 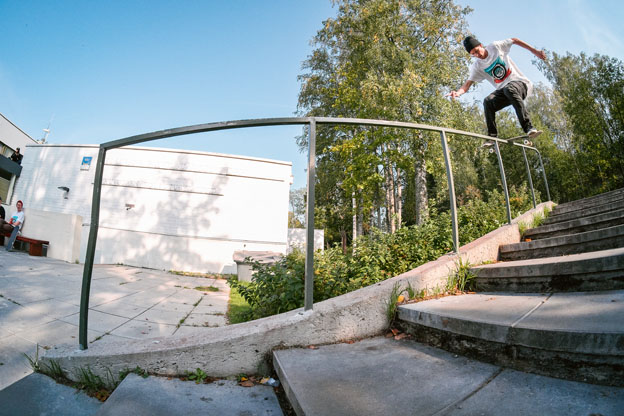 Miki Tähtinen – Boardslide. Photo: Samu Karvonen. Miki was introduced to the crew when he was just a young boy lost. Over the years he grew taller than all of us but still remains a bit lost. He’s basically a vortex of sympathy with two quick feet attached to it. 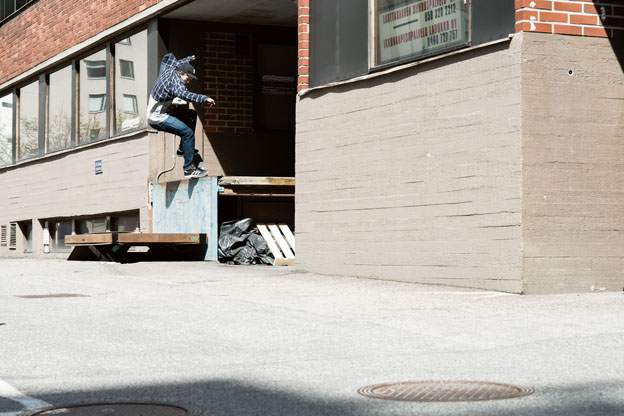 Samu Karvonen – Nosegrind. Photo: Samuli Harkonen. If there ever is a mag cover where the skater in the picture also took the photo – it’s most likely to be Samu. He would also organise the release party for that mag with a skate event and a proper after party and he’d do all this from the road, being on a skate trip. Yes, he’s a bit of a restless soul but without all of this energy a lot of the ITÄ projects would still remain unfinished. You’ll hat him while he’s harassing your ass to do something but you’ll love him afterwards when the project is done.