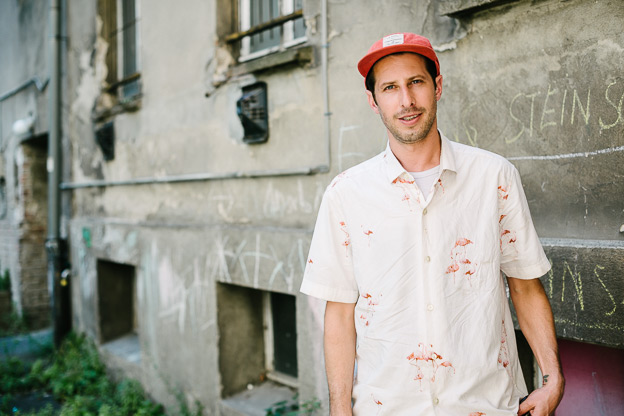 While we were in Berlin last week for the trade shows and the Berlin Open we ran into Stefan Janoski. He was in town for the release of the Civilist x Nike SB Spree pack launch. We thought it would be good to have a quick chat with Stefan (who couldn’t stop hiccupping) to find out what he’s been up to lately…

Interview by Will Harmon – Portrait by Sam Ashley

So Stefan, what brings you to Berlin?
I came to Berlin for the Civilist collaboration with my shoe.

So had you been to Civilist before?
Yeah, well I’ve known Alex (Foley) for a long time. I’ve been here before; I think it was four or five years ago. I was on an Analog trip here years ago. I’m also around for the trade show and the contest, but mostly the main reason to come was for the launch of this Civilist shoe.

So will you get to do any skating whilst you’re over here?
Hiccup (Stefan can’t stop hiccupping…)

Can someone get this guy some water!
I got them (hiccups) on the plane and then they went away. And then I took a shower and they came back.

Is this something chronic for you?
No, not that often. And then I had a drink with bitters in it… You ever do that?

Yeah.
It’s an old wives’ tale that you put bitters into some water…

I usually just hold my breath…
Yeah I tried that; it didn’t work. (Stefan is handed a pair of the Civilist x Nike SB Janoski’s) These are nice.

So did you help in the design of these shoes?
No it was all Alex and the Civilist guys. They designed if off the river Spree here in Berlin. The river is really polluted with oily water. So the shoe kinda looks like a polluted oily, gasoline looking colour. It’s a really nice summer shoe. The river looks really beautiful and it’s hot, so you wanna jump in it, but don’t! 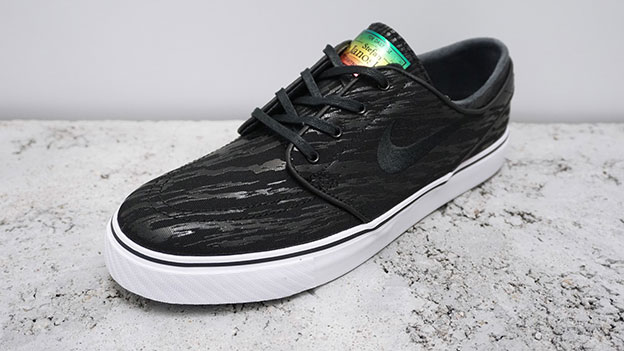 But if you do, your shoes will be camouflaged…
If you do, take a shower. I mean Fred Gall wouldn’t care.

So what else has been going on? Have you been travelling this year?
Yeah, I’ve been travelling and skating. I actually broke my metatarsal bone on my little pinky toe, so I haven’t skated in almost two months. But I was planning on skating again in the contest (The Nike SB Berlin Open) in front of everyone for the first time. (Laughs) I know all the kids will be around, so they’ll be psyched (laughs). I did a 360 flip on the carpet yesterday – first one in a month and half.

So did you go to the doctor for this toe?
Yeah, but they said it’ll just heal on its own. I did get one of those stupid boots, but all it did was make me walk weird and it hurt my back. I felt like it was hurting more parts on my body than the actual foot so… But other than that I’ve been in California…

But you live in Brooklyn, NY right?
Yeah I live in Brooklyn, but this year I’ve been in Mexico and Miami. I mean I hurt my foot and it was hot in New York, so I figured if I’m going to be hurt and it’s hot I might as well be in Miami.

Go jump in the ocean!
Yeah exactly! But before that I was in Cali hanging with Omar (Salazar).

So these trips have they been for leisure or filming with Habitat or Nike?
Actually I’ve been doing a lot of trips with Official, this hat company. So we went to Mexico recently with them. We went to Korea… I mean I go on Nike trips, but more like for this kind of stuff because I was in the first Chronicles video. And we finished ours super-fast; it was really good. And then all these other videos take like hella long… (laughs) I’m just waiting. Maybe I’ll film something for Nike. I’m just waiting for these guys to hurry up! (Laughs) Chronicles took us like a year. I don’t know Chronicles 3… and a half years is what they should call it. Just kidding! Haha…

So will there be a Chronicles 4 after this next one?
It’s the Chronicles… It just keeps going. I mean there are more people on the team and they could keep it going. I wanna be in another one!

Are you filming for anything in particular right now or not really?
Yeah online. Just Internet trips (laughs). Just wherever I go ends up on the Internet somewhere.

So you prefer to be in a big video?
Well it’s fun to work on a project and piece it together. 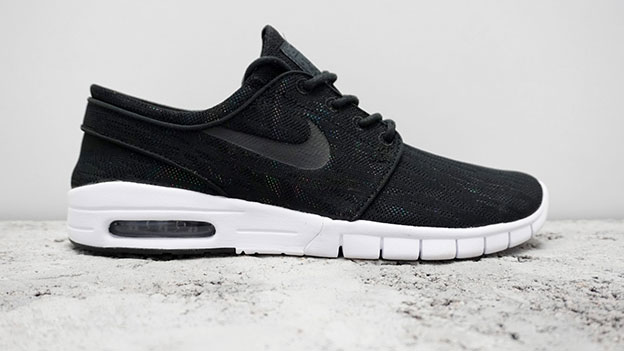 So is it weird not collecting your footage along the way for a big part?
Yeah. And you know before when you had to find out where everything was? Calling up the filmers: “Yo, you know that fucking tailslide, I need that! Didn’t you film that? Who was that? I need that tailslide!” I want to do that again. I’m just not that motivated to do the one man video part thing.

It seems like Habitat is always coming out with videos though. I mean I guess the last one mainly focused on De La (Brian Delatorre) and (Mark) Suciu though…
Oh yeah. It’s good to do that – It’s good to have stuff coming out, even if it’s just tours right?

Well I think it’s good for the brands to have stuff coming out all the time. But then again, these longer “full” videos take a long time, but they are nicer to watch. These are the ones you actually take the time to re-watch.
Yeah. The short ones entertain you, but you hardly watch more than once. The longer ones are better, but they take so long to make; I think that’s the problem.

Well are you up to anything else whilst you are here in Berlin? You taking in the sights or have you done that before?
My wife is with me so we are going to see some sights. I mean I‘ve never seen any sights anywhere…Other than skate spots (laughs).