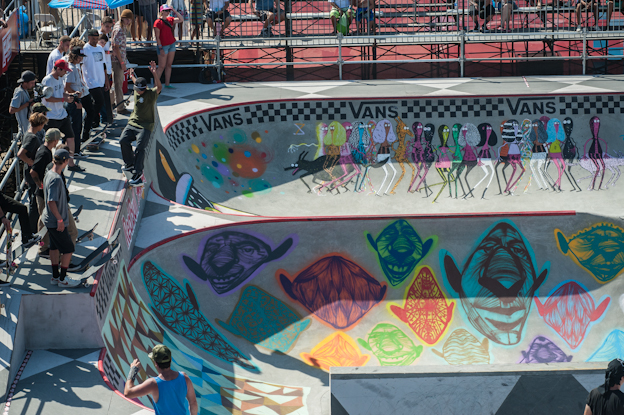 Robbie Russo, frontside smithgrind. All photos are by Fabien Ponsero.

It’s the third year now that Huntington Beach hosts the Van Doren Invitational, a massive bowl contest organised by Vans to accompany the US Open Of Surfing. Every year Pedros Barros, Greyson Fletcher and pretty much all the best tranny skaters in the world are invited to spend a weekend charging around the Marseille-inspired concrete they set up on the beach. Now if you follow Ed Templeton on instagram you are probably aware that Surf City, USA™ is quite an unusual place. On the one hand you’ve got the relaxed atmosphere of a sunny beach town filled with beautiful people, on the other you’ve got an abundance of meat-heads, longboards, selfie-sticks and cops. Very weird vibes. Not to mention the freaks screaming at you about abortion and preserving women’s purity.
This meant that the crowd was at least as entertaining as the skating. Which says a lot because as I’m sure you can tell from photos, the skating was absolutely fucked. Huge props to little Robin Bolian for getting in there amongst the Raven Tershys and Chris Russells. Just watching those dudes float over the coping was scary so I can’t begin to imagine how being half their size and dropping in behind them must have felt. 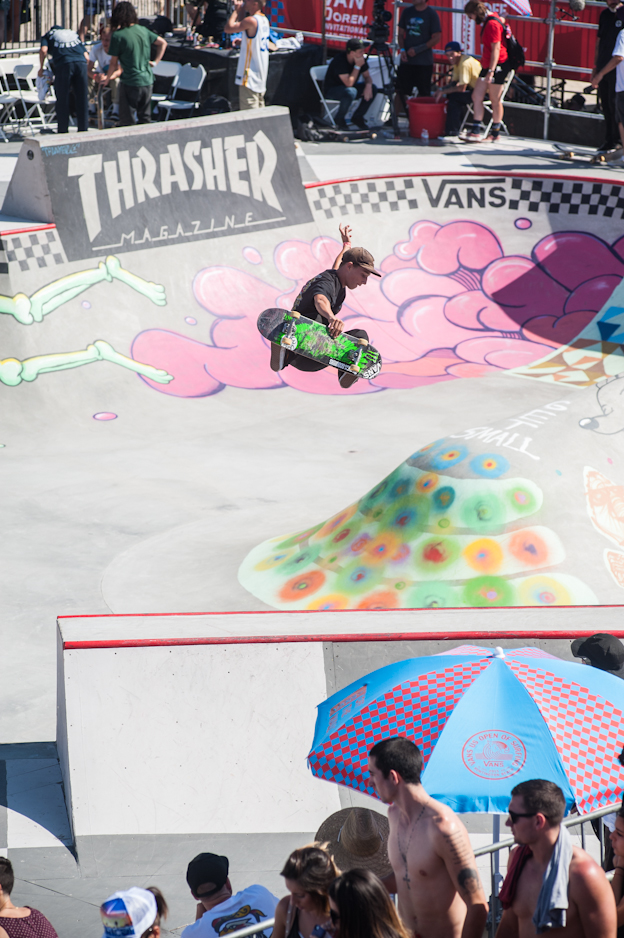 Robin Bolian, frontside air. This little guy also took the gnarliest slam of the weekend. He was doing a frontside air to disater on this very quarter, hung up, and went straight to the floor head first. He lay there for a couple of minutes, covered in blood, snot dripping from his nose, then got out of the way, got his face stiched up and came back telling us that if his heat hadn’t ended he’d have kept skating. Such a G. 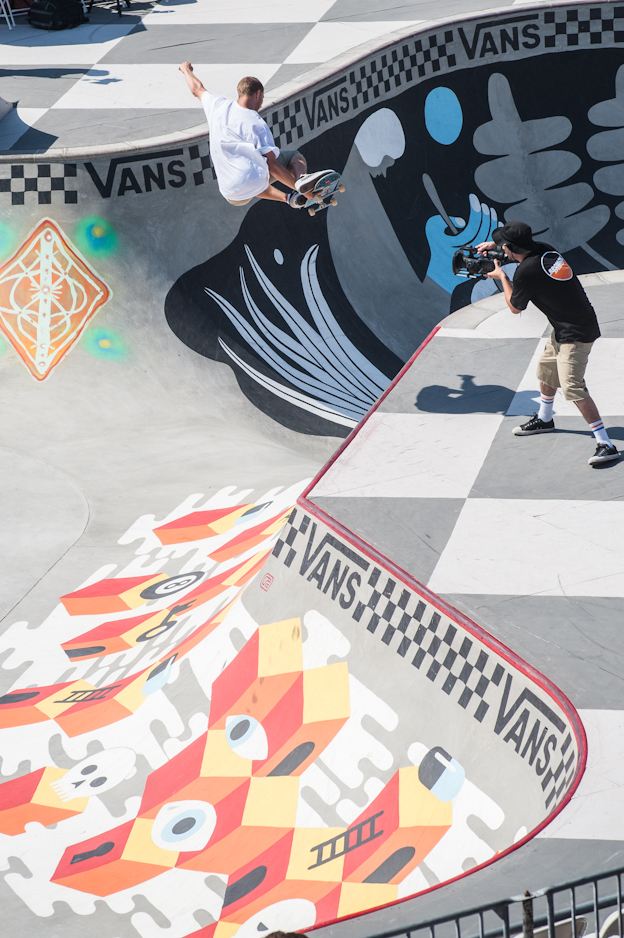 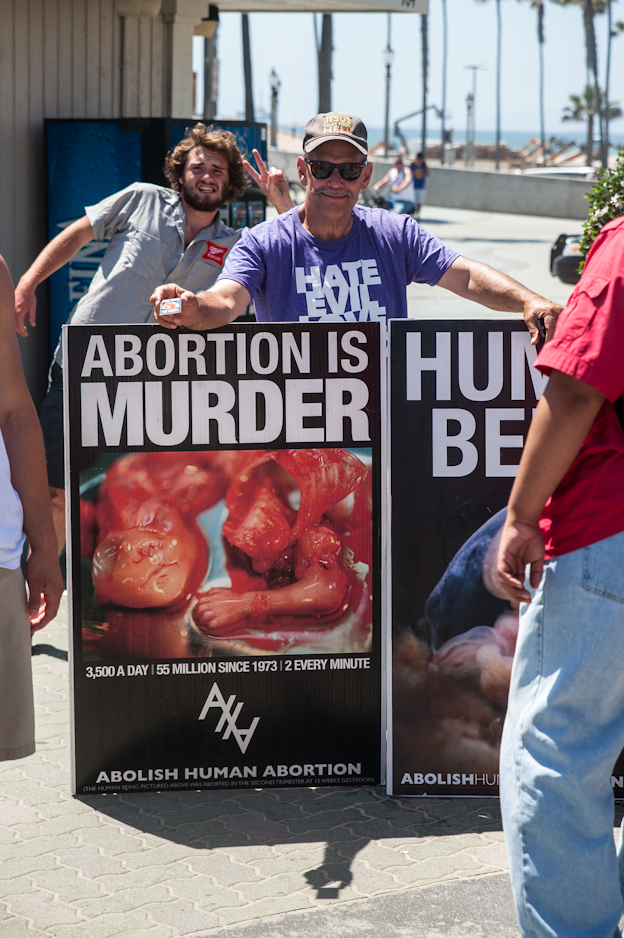 Dude shouting “WOMEN SHOULD PRESERVE THEIR PURITY!” with a smile on his face. 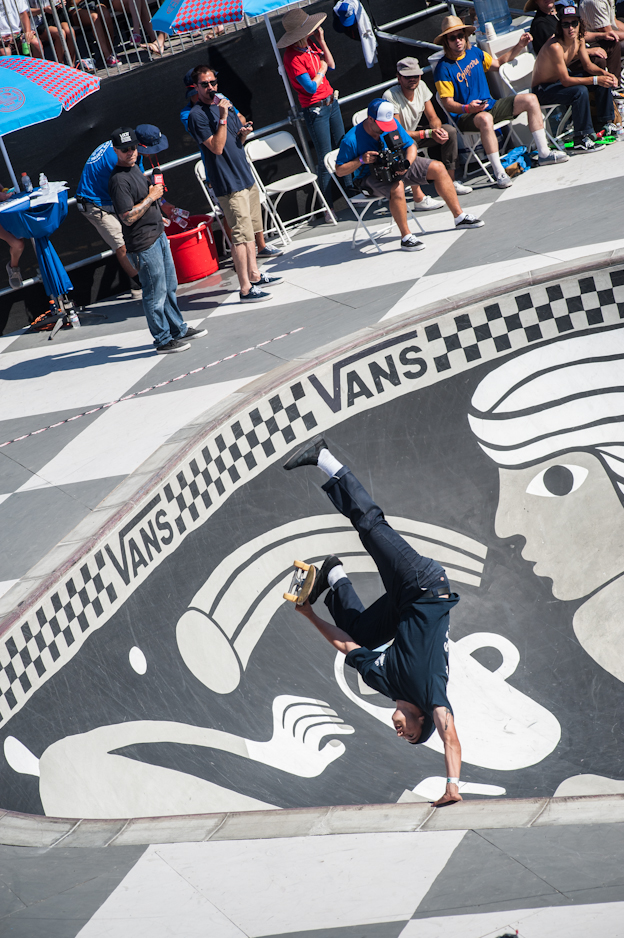 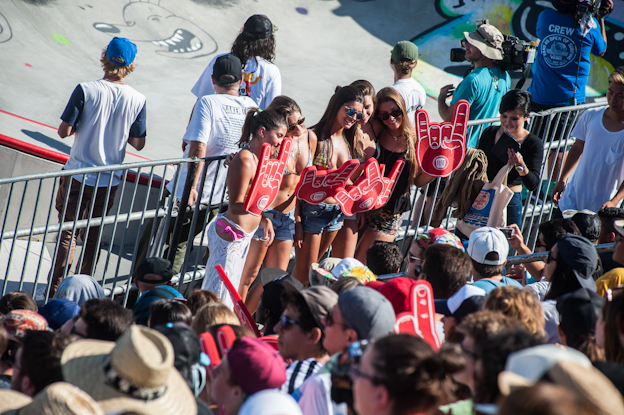 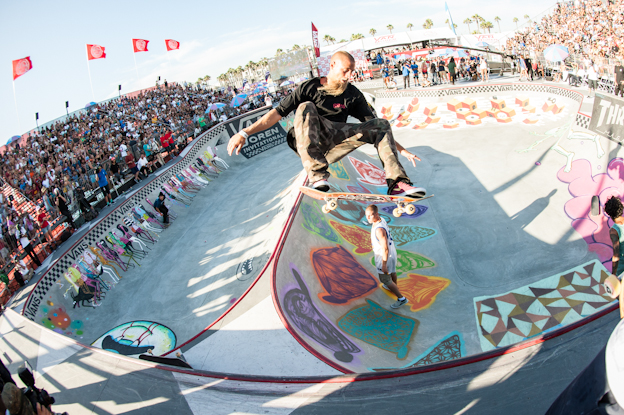 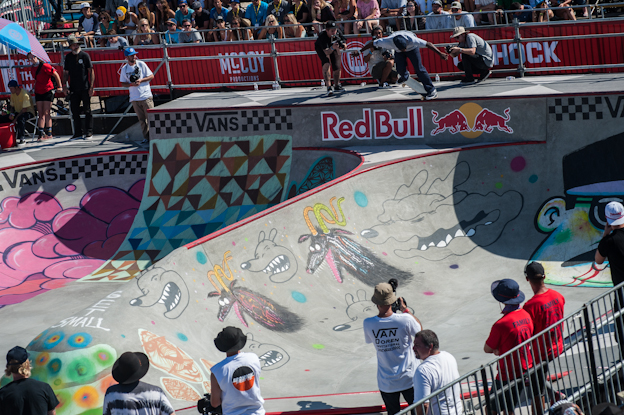 Marlon Silva, backside nosegrind. Hadn’t seen very much from this guy before the weekend but was really impressed. Basically did all the best “ledge tricks” over this thing and in the deep end. 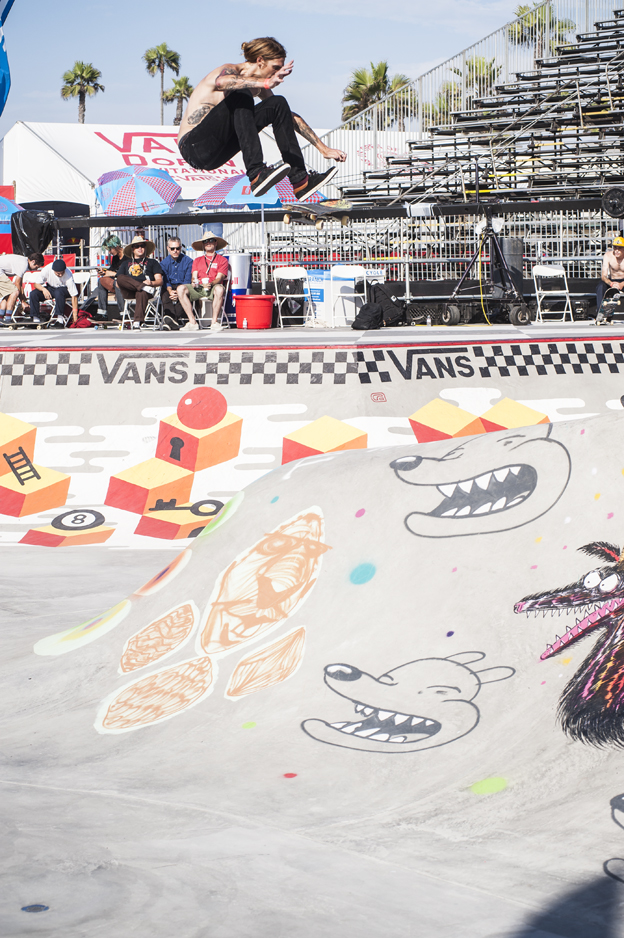 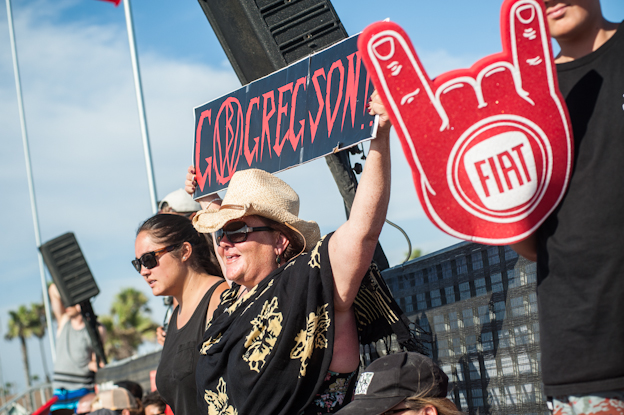 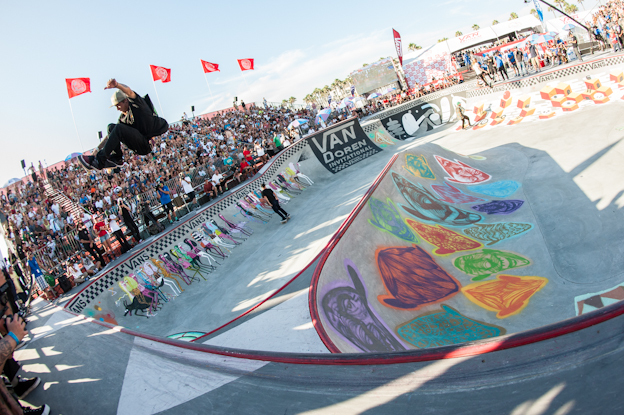 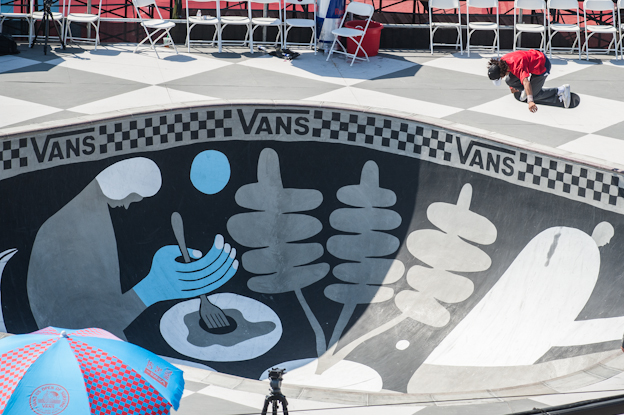 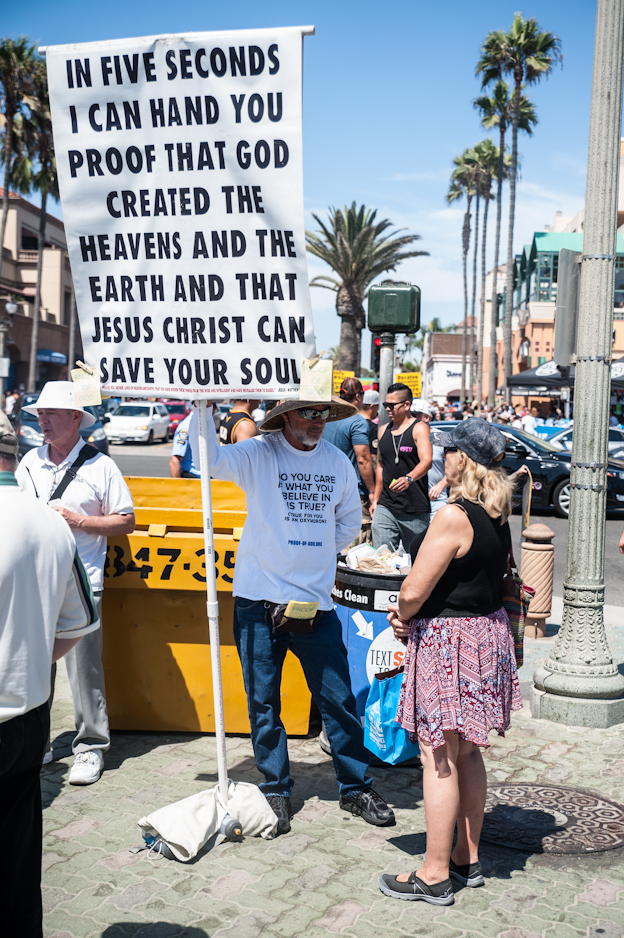 Was there for five minutes, still not convinced. 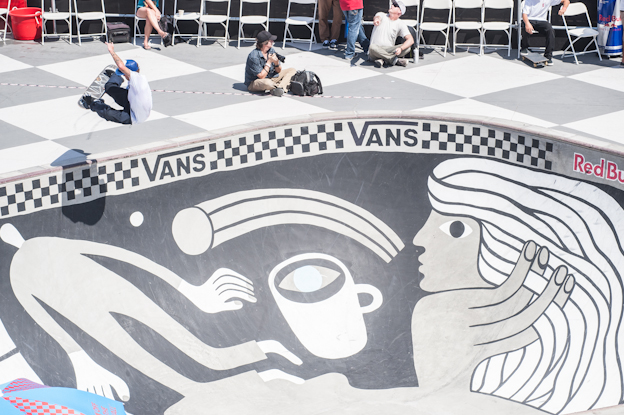 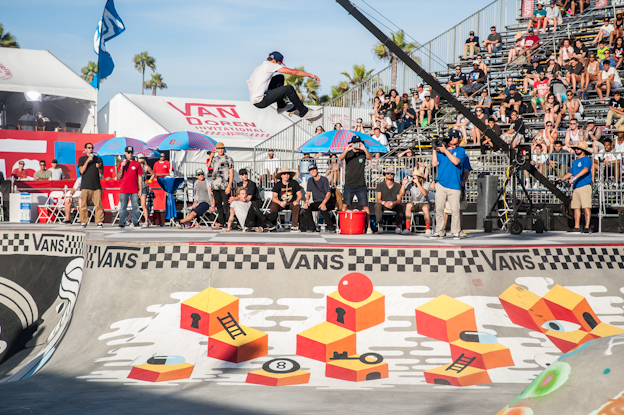 The insane transfer Alex Sorgente landed at the end of the qualifiers.

Thrasher’s video recap of the comp: