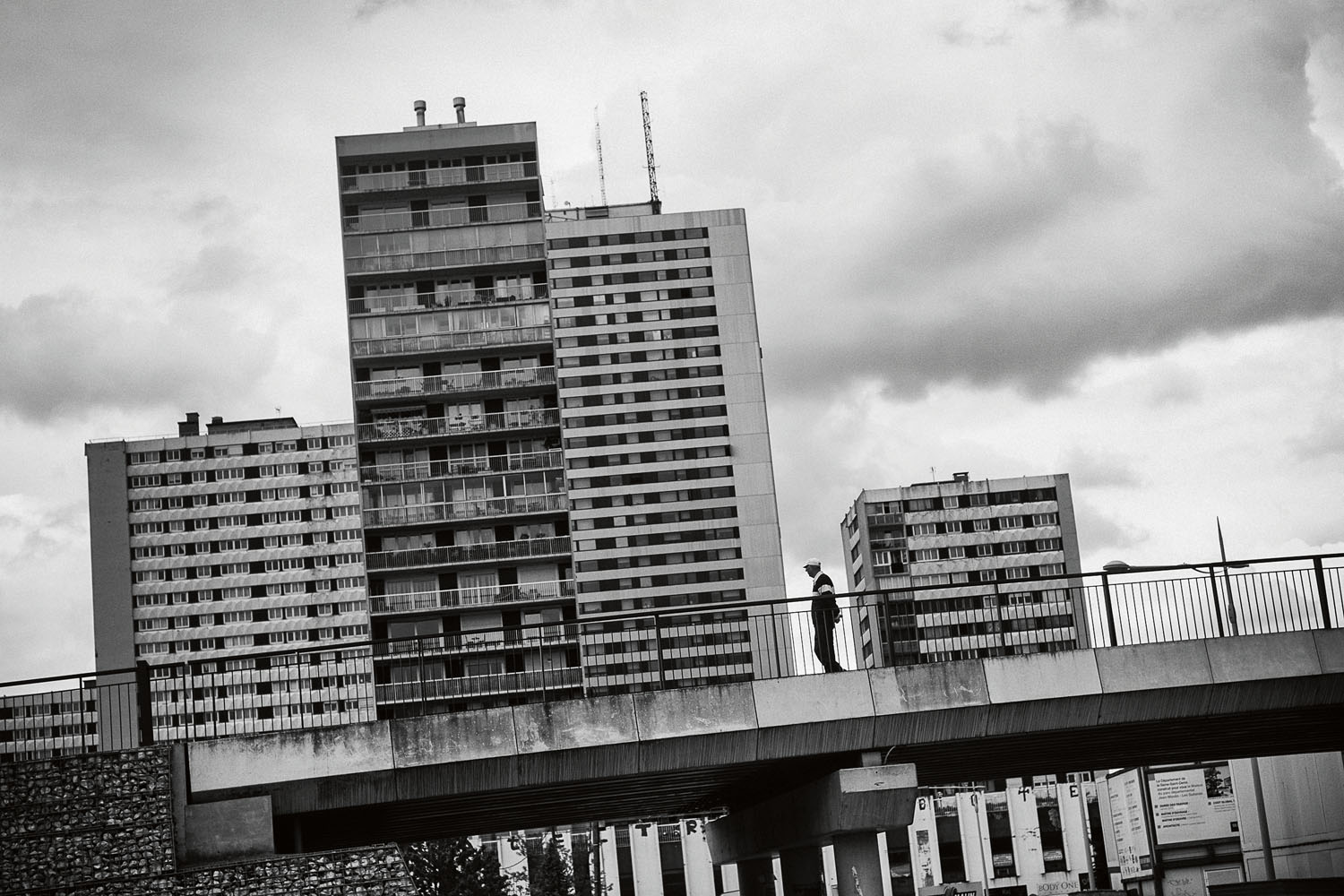 The good thing about the Palace guys is that they’re not into overselling their trips before they’re doing them. There’s no hashtag invasion plan whatsoever. No pressure. Brady just called me up one-week prior and asked if I would be keen to join them for a week. From then on we just found a housing solution for the guys (thanks Jack and Felix!) and it was on. The only idea being that we should try to keep it suburbs only for a change.

There’s all kind of suburbs in Paris, mostly depending on which end of the city you’re going. Some are really posh and rich, and some quite ghetto. When it comes to the most ghetto ones, people usually are scared to go there in the afternoon. A bad encounter could easily occur; especially when it comes to all the photo and video gear we’re known to carry around. 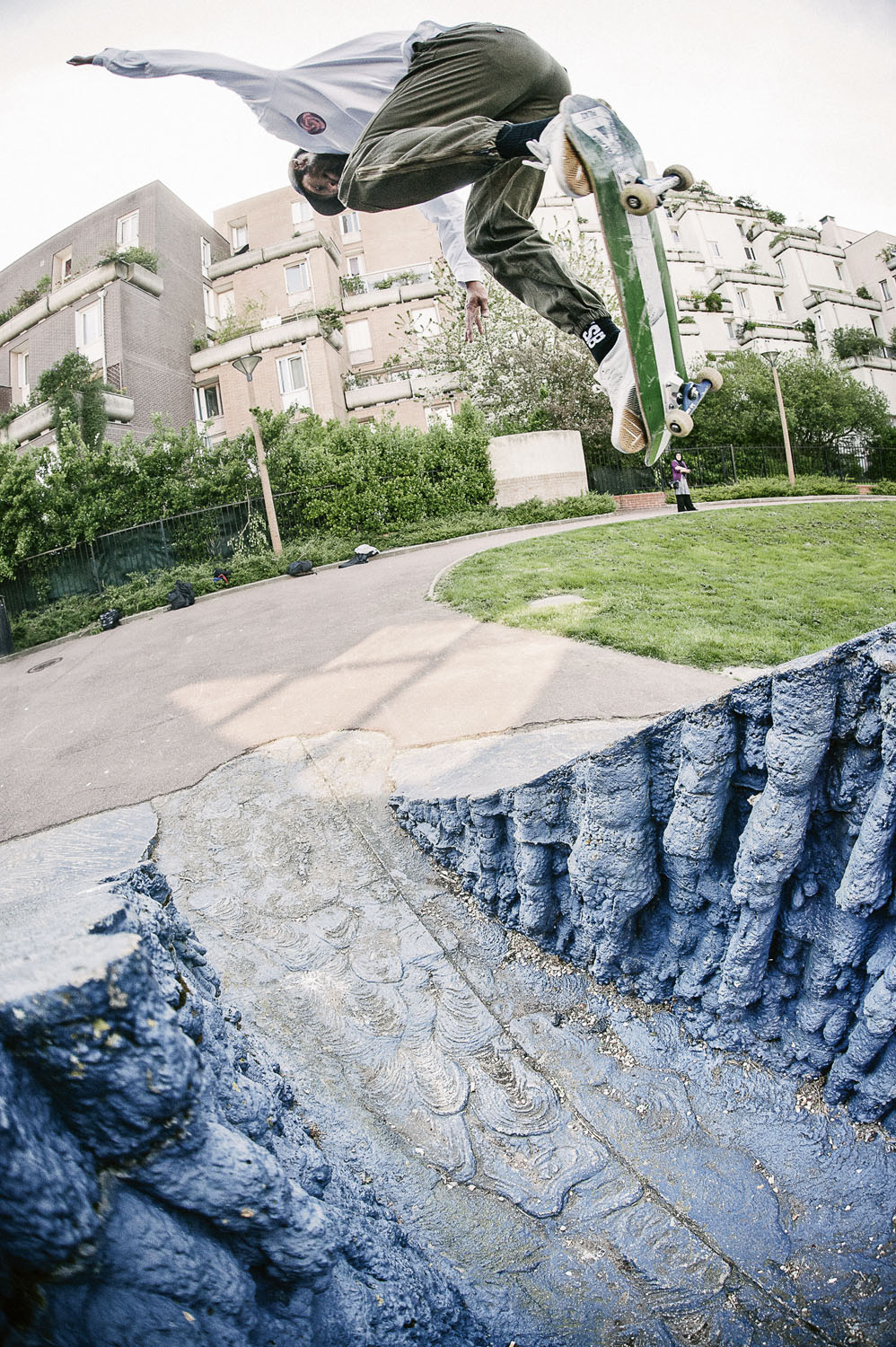 So when it came to finding locals from Paris to show us around in the suburbs, some were quite reluctant to go there so late in the afternoon. Fair enough, TM Brady just declared then that for these “no go” zones as Fox would call them, all the guys should wear tracksuits only! Not everyone followed the rule, but I must admit it quite paid off since none of us got in trouble the whole week.

I’ve never seen skaters so obsessed with football. Especially when there would be Champions League games the same night. They would pick whatever restaurant, no matter the food, just as long as they had a big enough screen to watch the game. That one day PSG was playing against Barca, I even suspected Brady to have focused his board on purpose in order to be on time for the game. Strange thing being, in the town we were, the only place that seemed decent to eat and watch the game was a pizzeria owned by a handball maniac. The owner could not stop switching channels between the PSG game and some apparently super important handball French championship finals. He made everyone miss two goals that night. I can’t even imagine their reaction if it would have been Manchester playing against Chelsea. 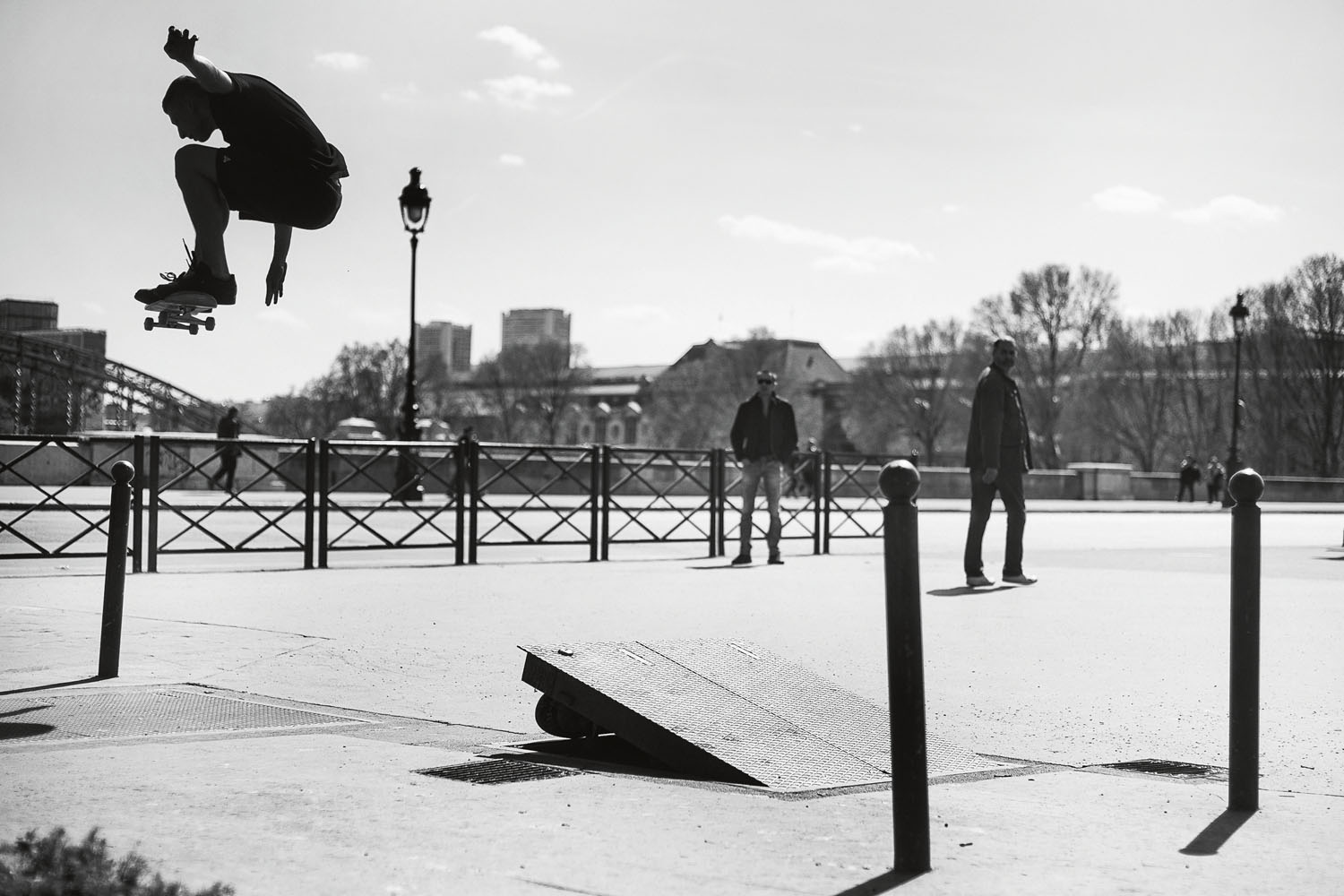 Then again when it comes to skate those sketchy spots, the Palace crew’s love for football helped us out since they would often end up playing football with the local kids afterwards. I even went back there with some other crew weeks later, and some of the kids still had a real good memory of them. They would ask us “are you the guys from Palace?” even if the only thing they had most likely said to skaters before then was the usual “are you Tonywok?”

Most of you might think those guys sleep in 5-star hotels and such, but it’s far from that! They’re just your regular skate crew. They slept on our friends’ floor the whole week and every lunch would pretty much consist of the same routine: find a cheap supermarket nearby, buy a shitload of bread, ham, cheese and share all of that on the first ping pong table we would find. Of course, whenever vegetables were involved in the mix, we would think of supplying Guillaume (Perimony) with a good amount of candies so he could keep on filming. 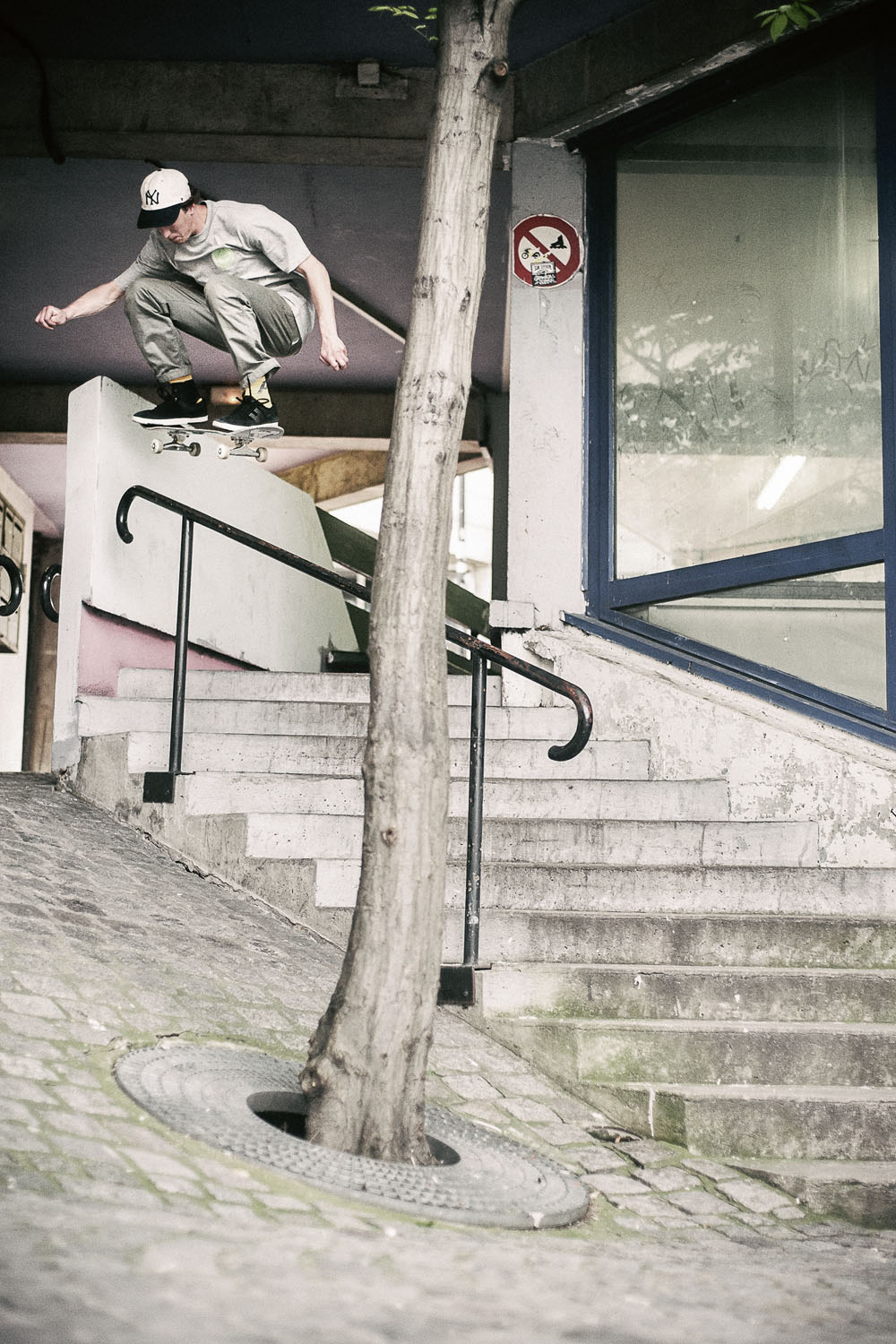 Most of the spots featured in this article are not the regular type of spots you see people skate in Paris. And we owe most of them to Guillaume’s knowledge. He’s one of a kind when it comes to find those gems. He even confessed that he sometimes lurks on some weird scooter Facebook groups to find new ones. You just have to get lucky with the rough ground once you show up there. Good thing we were out with English skaters, they’re used to it.

Guillaume has all the knowledge and techniques. He even got us back to Paris one night in a very special manner. We were in a town far in the suburbs, and the last train was leaving then at that very moment. We were all running down the stairs to catch it when we heard the signal of the train closing its doors. When we reached the gate we saw the train was still there and Perim had his hand stuck in between the two doors waiting for us. He opened them like Schwarzenegger did in that Terminator movie so we could get back to town on time. Merci Perim! 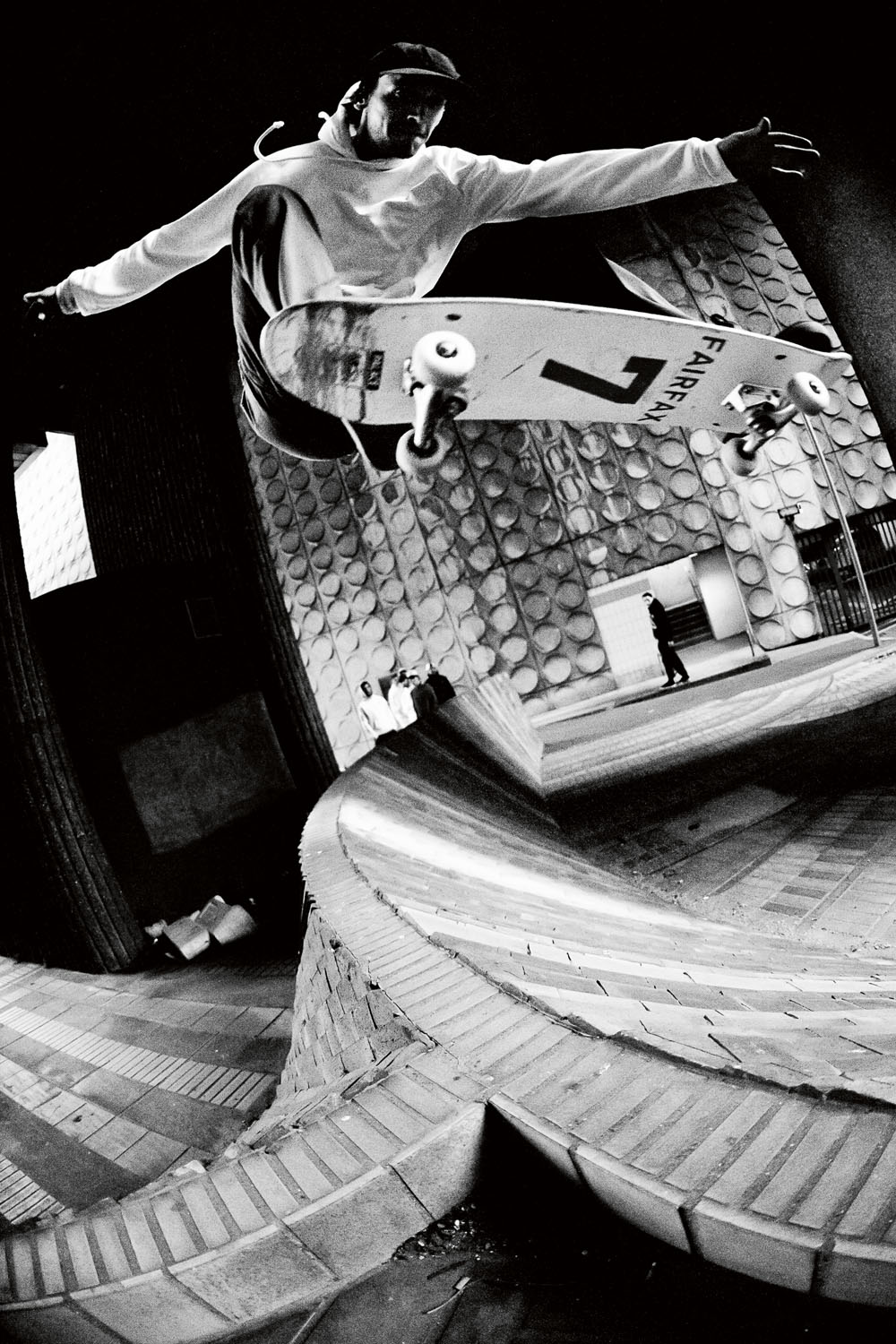 The first purpose of this tour was to gather some more footage for their upcoming collab with Bronze. I think it may be out by now. And this is again what I meant with the way those guys deal with such things. Not only did they not market the tour with a shitload of hashtags all over Instagram like most of the brands would do, but they were also not putting themselves under the pressure of shooting a shitload of photos for any article, which sometimes can destroy the mood of a trip. They even told me it would be “lines only” before coming to town. But then again, they proved themselves wrong and as you can see next to this text – actions speak louder than words. -Alex Pires

When I was first asked to host the Palace boys on their Parisian tour, admittedly I was a bit nervous. There had only been a few shared experiences in the past – one of which included a bachelor party in Berlin for five days at the world’s sketchiest hostel. I could write an entire novel about that place, much more than I could write about the entire city of Berlin… My clouded memories included Brady stumbling up at a party that was somehow along the river and didn’t really have an indoor element – although this might sound quite normal in Berlin, it was definitely not the usual party environment I had been accustomed to back home. I guess Brady had already been in Berlin for a few days trying to party, I mean get clips. Either way, the group of roughly twenty-six males searching for all forms of intoxication was my initial introduction. High/low points included Shawn Powers falling into the river and somehow ending up in a scene from the movie Blade with blood dripping down the walls of a basement. Don’t get me wrong, I’m no angel, I definitely was part of the 10am crawl down the street to the plastic wrapped bunk beds at ‘The Generator’ hostel. 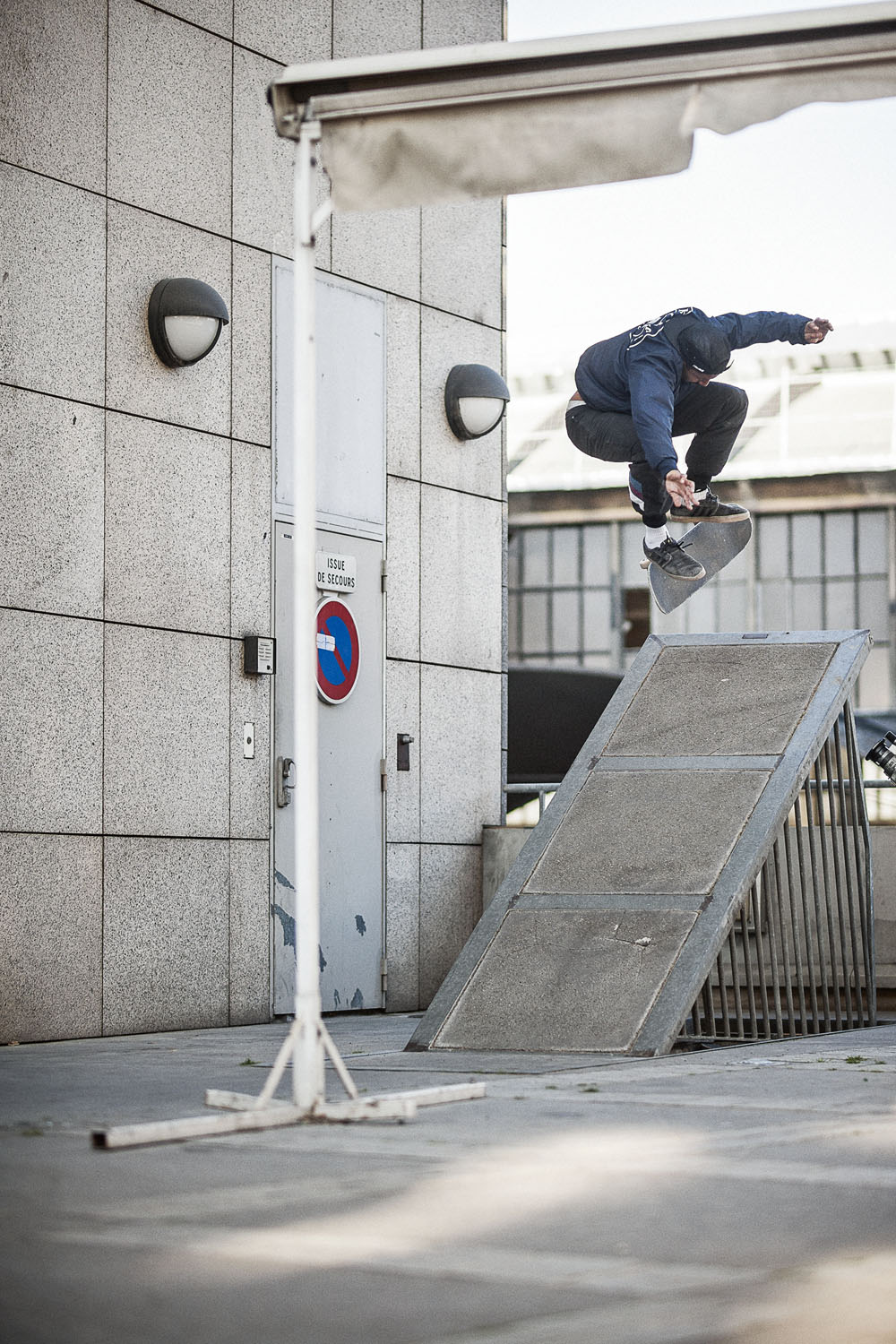 This time around, in Paris, I was living and working on a painting in a much less hostile environment and wasn’t sure if I was ready to return to the antics of the summer two years previous. I was in for a shock – not only was the potential wild card (because of my having never met him) Benny Fairfax one of the most gracious guests to ever step foot into my life but the loudest I heard Blondey get was while approving or disapproving of the current clips on thrashermag.com. I found myself trying to let it be known that I wasn’t a crunchy old dork and joints could be lit inside, however, them Palace boys were making each other tea as the night cap while I was trying to get blackout faded. Brady was on schedule with the filming routine; organising the spot checklist and making sure everyone was out the door before afternoon – as well as searching for Lucien who wasn’t coming, was going to come, might be on the train, maybe is in Paris? He wasn’t staying at mine but was equally as much of the mob once we found him at République a few days in. Rory had been working through an ankle injury for the previous seven months and therefore had the full stretch routine every morning. I mentioned the organised stretches on the yoga foam as an aspect of pure professionalism to my next guest in the apartment, Alex Olson, who said that must be related to their culture’s relationship with football. Either way, it actually did end up feeling more like having the “Class of ’92” than a bunch of wild house-music ravers. It was truly a pleasure to have the crew staying at my place and I would recommend it to anyone safe out there in need of a banging session with the boys who know how to get proper mash up without turning into mentalists. -Jack Greer 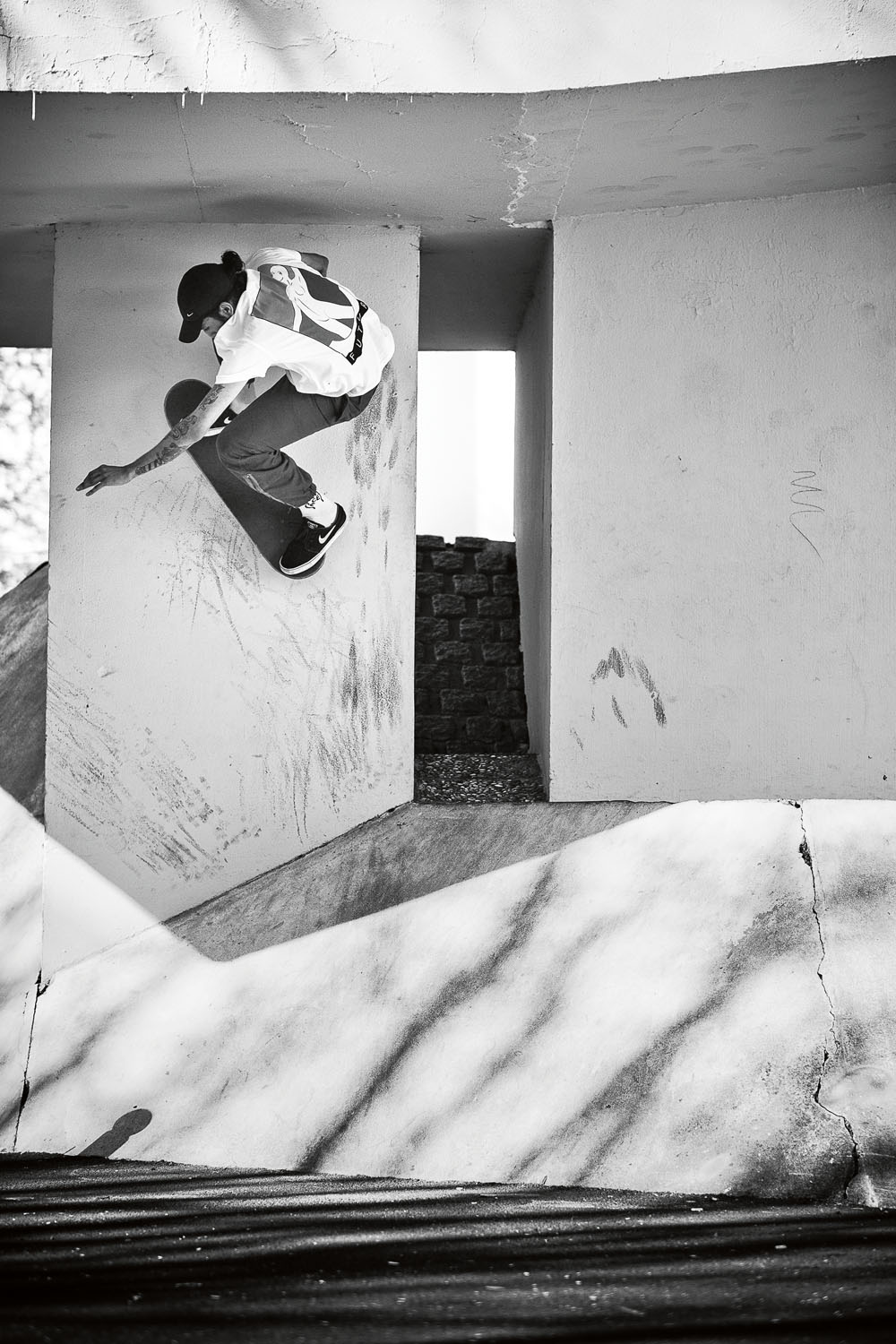