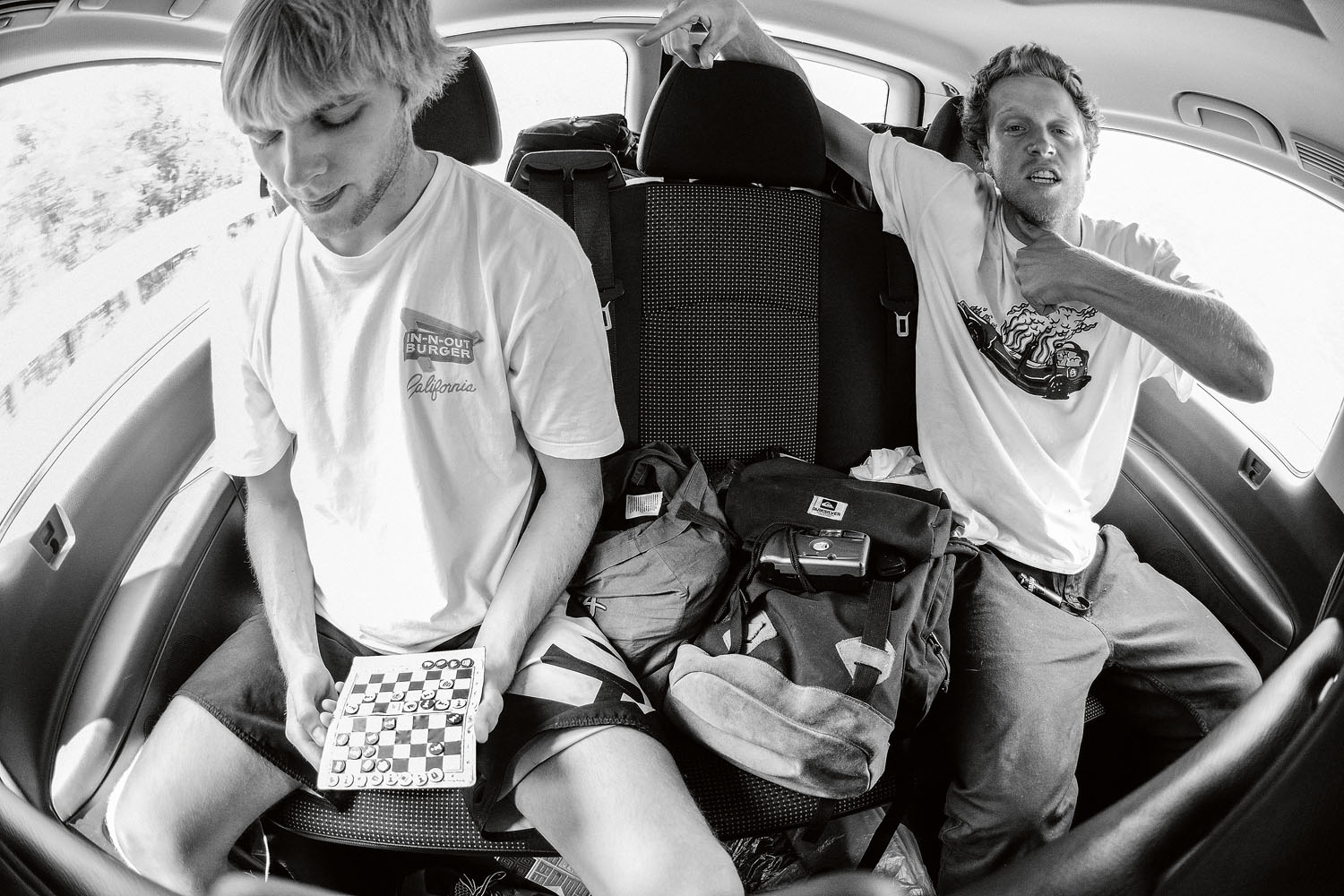 All photos are by Gaston Francisco, the words are by Madars Apse and the edit is by Josep Ariño .

What’s a tour good for? Sure, you want to be going to a destination unknown with your bros and have a good time finding new skate spots and hopefully drinking some new kinds of beer… But it’s also known for the world to be a small place, especially if you’re a skateboarder. It’s easy to find friends across different cities all over this globe we call Earth. A tour is bound to be good for any kind of skateboarder.

Perhaps I did not know it in the start, but when I was growing up it was mandatory for me to get outside of my comfort zone. I’m talking about my local skatepark, for some it may be the local skate spot, plaza or the local ramp.

Skateboarding is fun, but once I saw what other skaters were doing in nearby cities, later on countries, it just opened my eyes. Up until then I thought all the ledges and ramps were as high as they were in my hometown. The foreign skaters just threw their board out and brought it back like it was some sort of a yo-yo trick; they were noseblunting up rails that were twice the size of those I had seen in my hometown. They were going up rails; it was unreal! 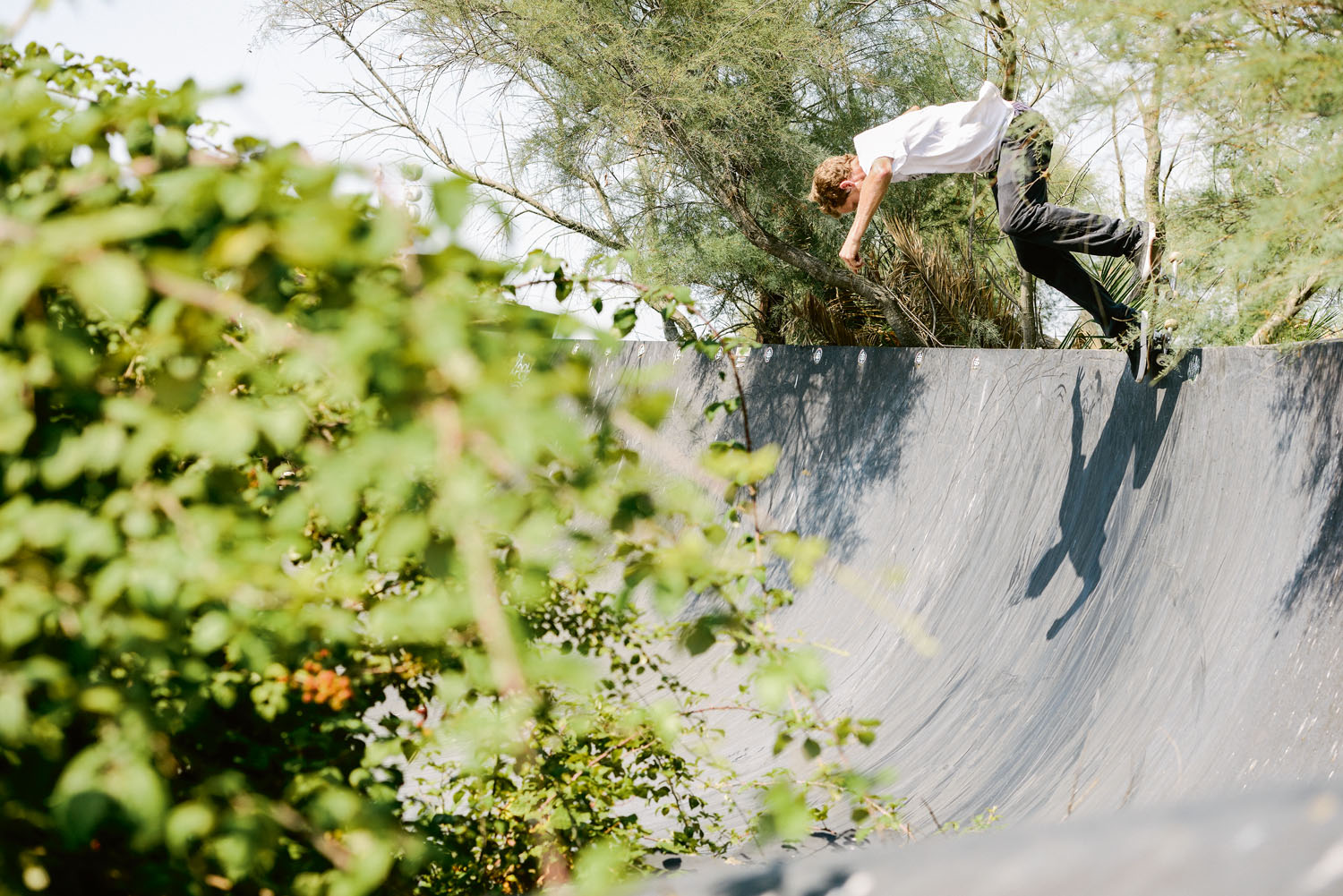 That stuff just inspired me to go back to my local park and try to become as good as the skaters I had seen earlier. I’d be good for a few months, sometimes years, but the road has always been calling me ever since.

I am sure that the DC Special Delivery tour did just that for the kids of ODK (Belgium), Osimo and Rome in Italy, Lyon and London. For example, every time I see Josef Scott and Wes Kremer shred, it just puts me in another zone, in other words: I get excited, want to jump up and start running until some concrete wall stops me and puts me back in my place. 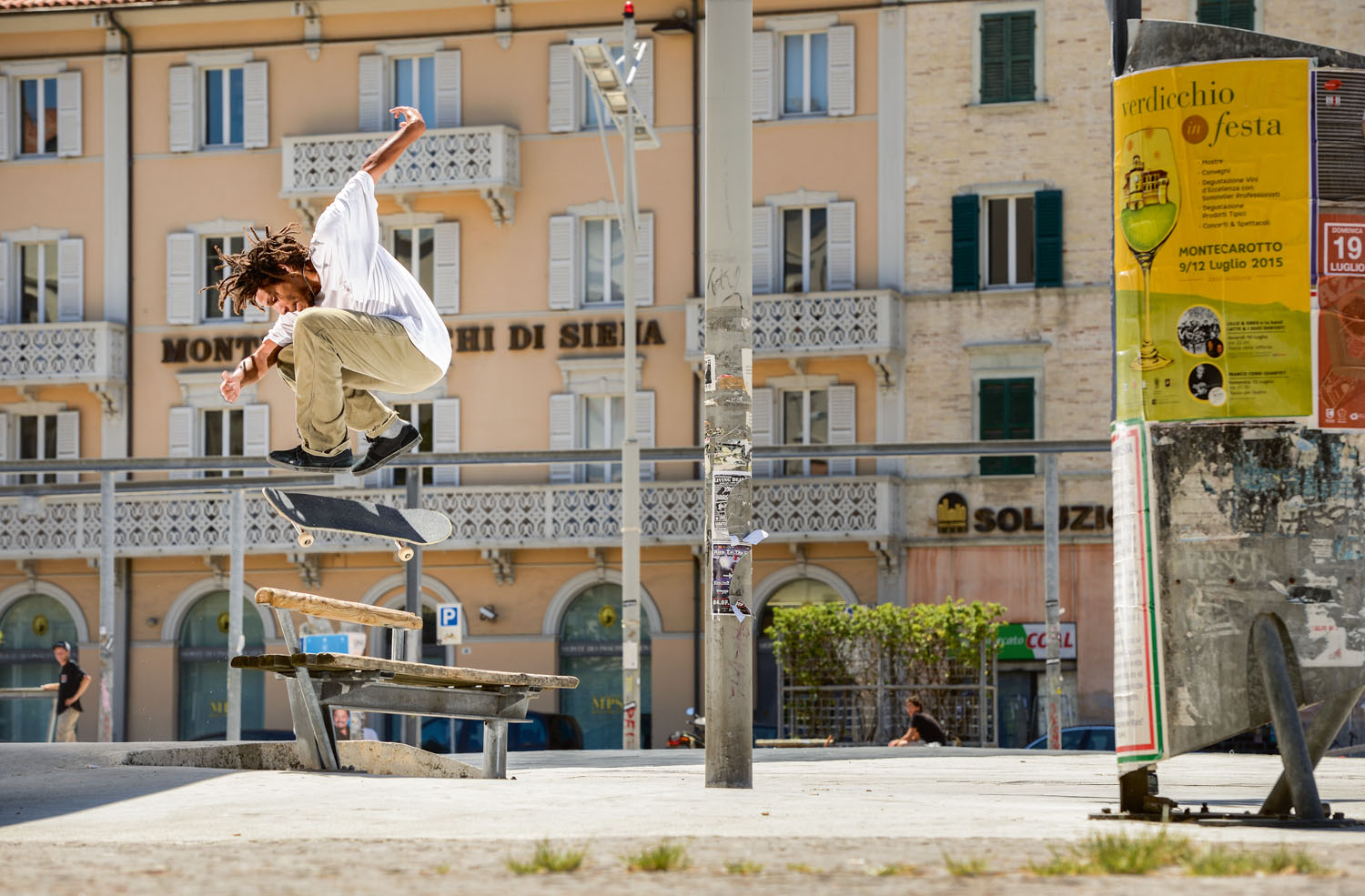 On this tour we did some demos, signing sessions and also skated some street. Just like every time we also visit some of the local skate shops that distribute DC shoes. For the brand it’s important to show the link between the skate shop and the skateboarder; you know it would be almost impossible to get a new skateboard without the shop.

I’ve learned from Arnold Schwarzenegger that any successful person or brand needs to give back to the community that made the person/brand successful, whether it’s donations, their time or anything to make the people happy, it is worth it. Funny thing is Tommy Fynn on this tour was reading Arnold’s autobiography and I can tell you, Tommy didn’t back down once from the tricks he was trying. Anyways, this story is not about muscle-mountain Arnold. 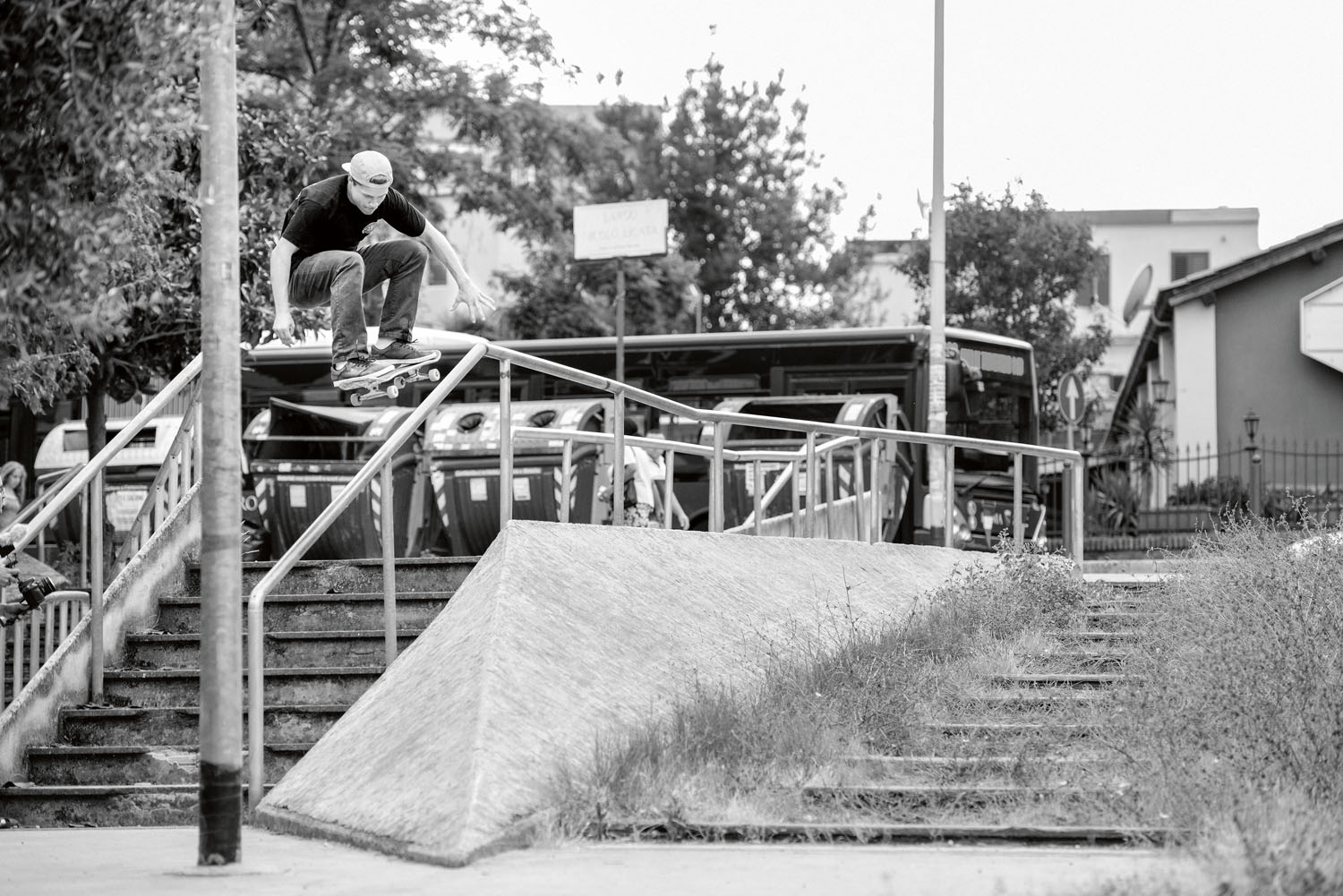 What I’m trying to say is if the brand is respectful it will get respect in return. Some call it karma; some return on investment, for skaters it might be called plain hype. We were giving out free shoes after all, tricks for shoes, slams for shoes and old shoes for new shoes. That’s the reason this tour was called ™Special Delivery∫. I personally enjoyed giving out pairs for no reason at all; not everyone wants to jump in the middle of the raging crowd of skaters, elbows out and hoping to get noticed.

Every stop on the tour someone from the team took the microphone and tried to make the locals feel our vibe even better by listening to our slang and comments on landed or not landed tricks. Wes just nailed it perfect with this one… Everywhere the guy goes he just makes friends with the whole world; I have a lot of respect for that. Mikey Taylor is also great with the kids… Everyone loves that big smile. 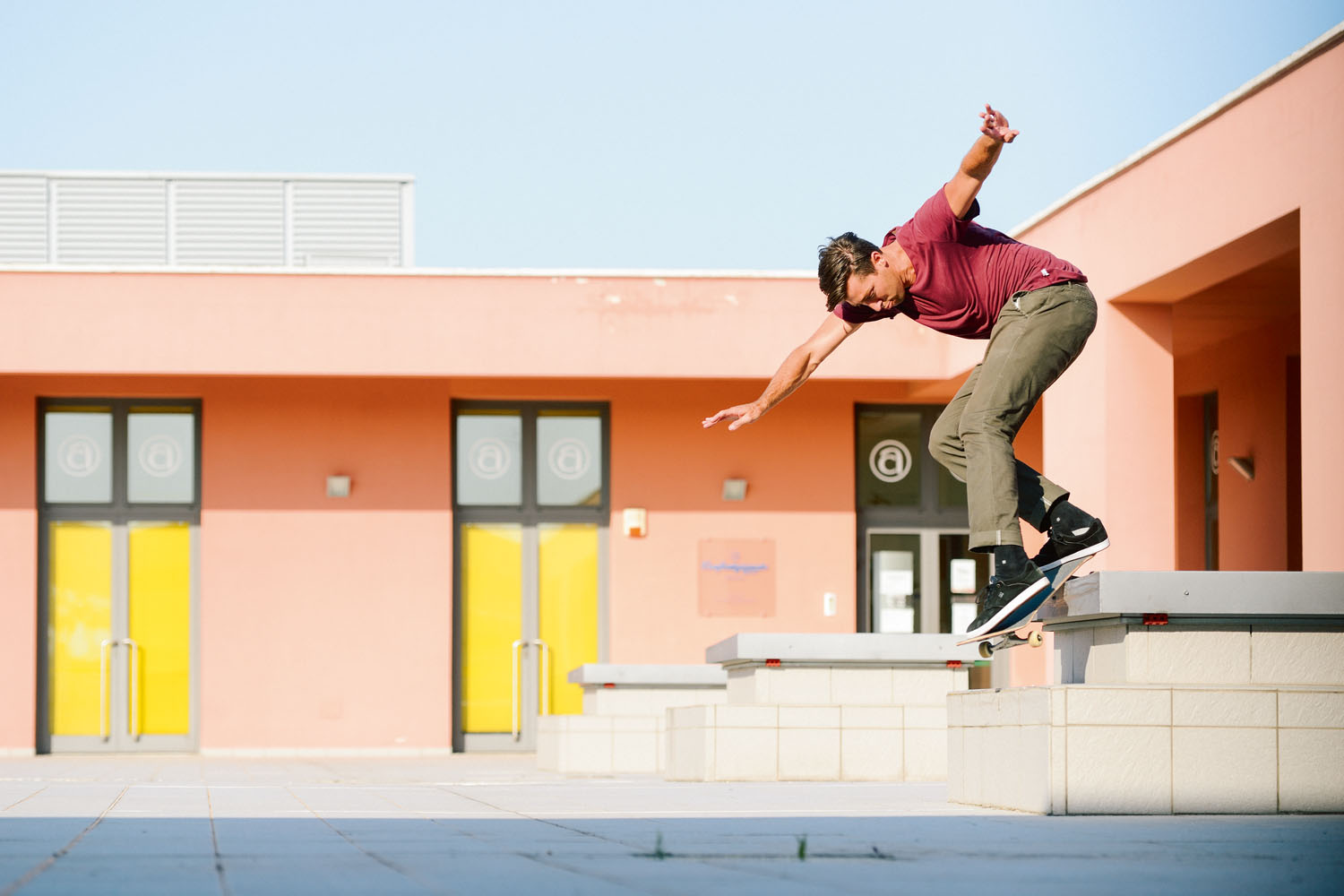 A lot of kids got inspired on this tour and positivity was hitting high vibes. There were a lot of selfies made, posters and boards signed and most importantly a lot of skateboarding was done. It was rad to see Josef, Wes, Mikey and also Thaynan Costa, Gosha Konyshev, Jaakko Ojanen, Antony Lopez and Kristian Krasimirov shredding every skatepark to pieces.

(When the DC team came through London we interviewed Madars and Wes about the tour and other things. Check out that interview here.) 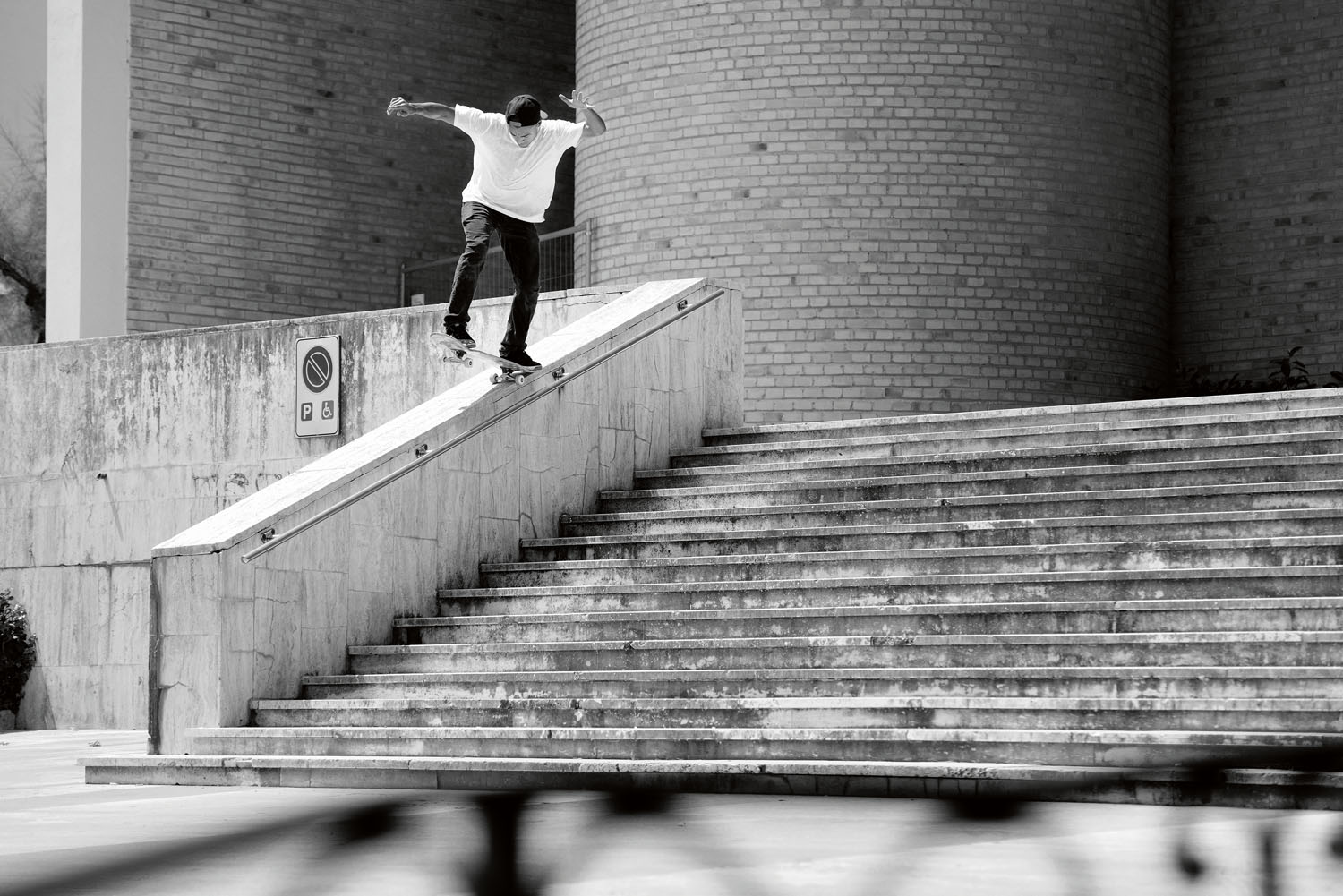