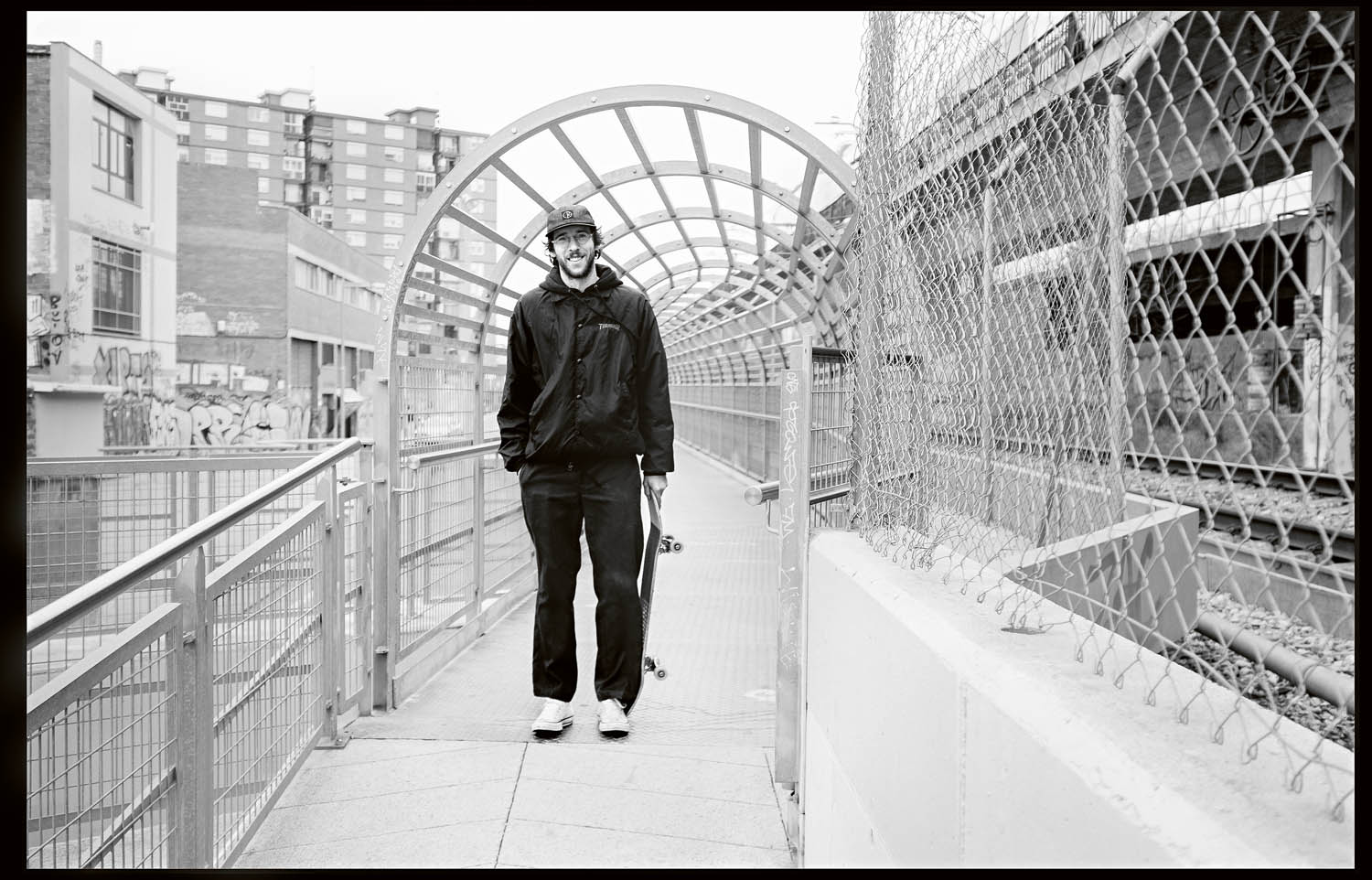 Dani, what to say about Dani, he and I clash! He drives me crazy; he just can’t sit still! How shall I put this, we go out on the streets and he is shouting constantly making noise or wallieing just about everything in site or drinking a six pack and if that’s not enough pushing me constantly to do a mosher drop. If you think you know someone with ADHD, you haven’t met Dani… He is next level!

Sometimes he may even come across as mean but in reality he is the shit! Going out with him is always going to be unpredictable; if you’re travelling with him it could be that he might throw your dinner on the floor or break the tent, but as soon as the party starts there is no one else that you’d rather have with you than Dani!

He is constantly on the move: whether it’s skating, playing in his band, out listening to music or at the local karaoke bar singing, he is there and it will always be fun. I’m still not sure if he actually sleeps…

I don’t know how you do it Dani, but never change! – Julio Arnau

Julio: Hey what’s up Dani? Late as usual hahaha!
Dani Quintero: Yeah man sorry, I ran out of petrol on my scooter.
Jano: Yeah sure thing! 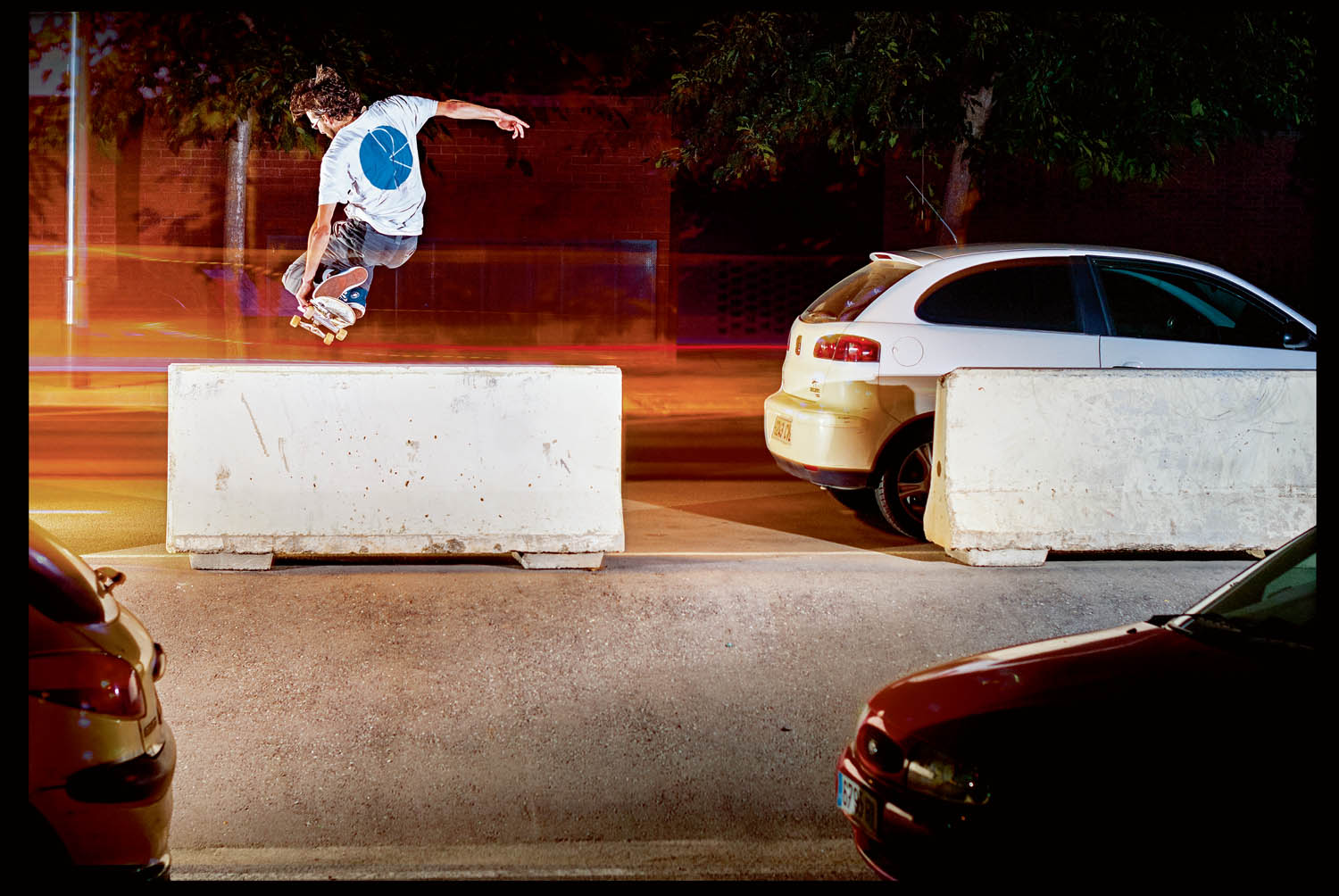 Julio: Okay then Vagaba, (Dani’s nickname in Spanish coming from Vagabond for his nomadic lifestyle) have you changed your underwear before coming here?
Dani: Well if I’m honest yeah man, I’ve come from work and I changed them before leaving…
Jano: Why are you so nomadic bro?
Dani: I’m not sure man…
Julio: Now every one is gonna call you vagaba because of us…
Dani: Well in reality the concept seems a bit shite right, but its because I care so little and sometimes I go out and end up staying out for like three days without really caring and sofa surfing. I really don’t mind if I end up sleeping in a pile. 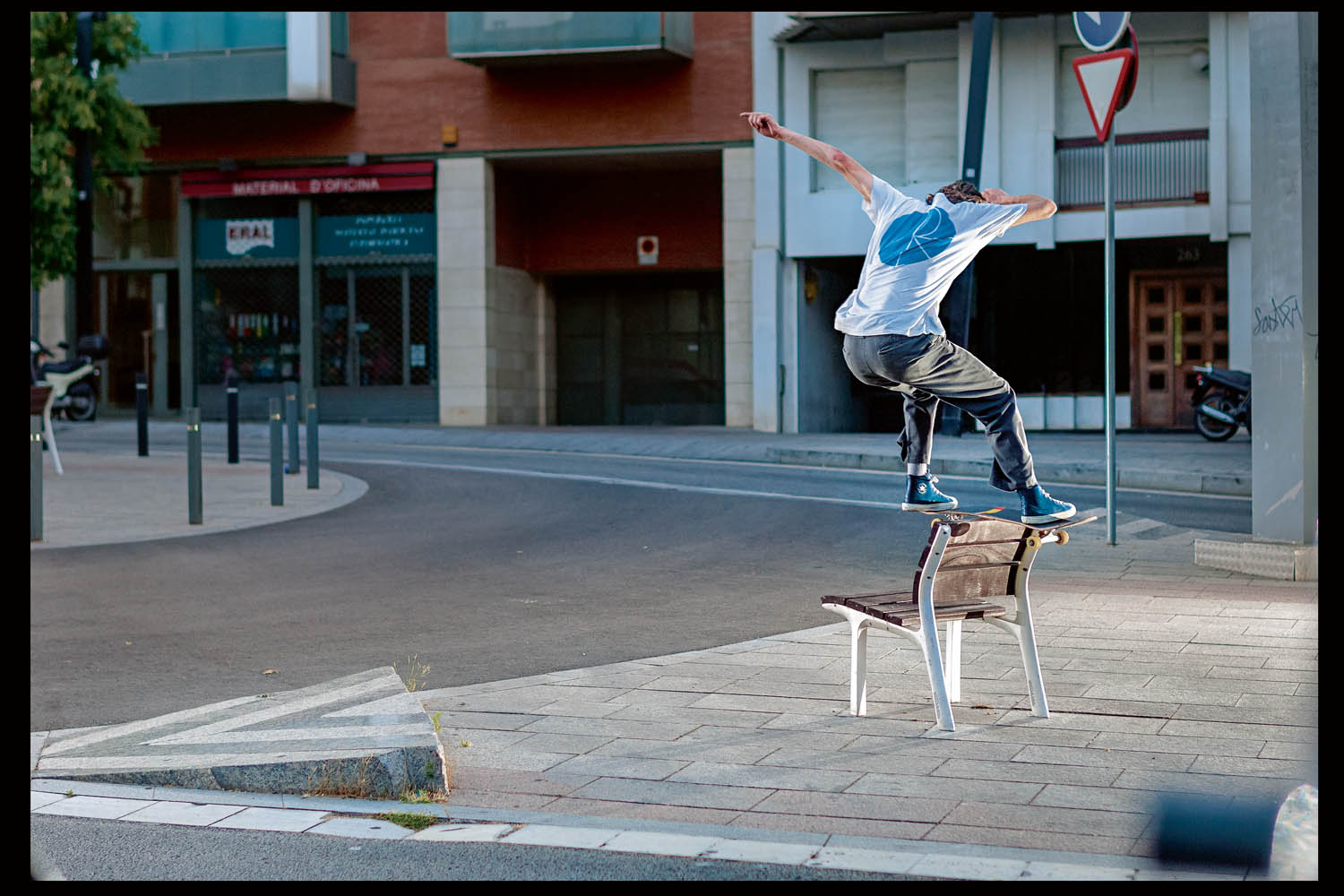 Julio: I’ve always envied those who are able to travel with just what they have on them, a backpack and ready, as if you were just going to pass the afternoon at the plaza and then spend the next week lost there….
Dani: Bro, I don’t know, but it really irritates me having to go with more than what is necessary. It’s so much easier to travel light so as to not to have to worry about my stuff constantly. I take my phone for Insta, tobacco, lighter and clothes… Well not so much clothes as they are not so essential and if you’re missing something you can always visit a market and pick up whatever you really need.

Jano: You don’t leave your glasses behind though right? And why do you always bring them if you never read anyways?
Dani: Ah man, leave it out, hahaha… I wear them to start getting used to them, the reality is I am quite blind. There have been times when I haven’t had them on and approached a group of people thinking it was you guys and it was a total random group of peeps, or sometimes I don’t realise I’m headed in the wrong direction on the metro. To be honest these glasses have changed my life; they’ve taken a good beating too. Jano managed to fix them for me one time. We were at a gig jumping up and being generally mad, and boom glasses off and me bouncing off a pillar and snapped them and banged my head at the same time. Jano to the rescue fixed them up, even if a bit wonky, and off we were in the gig continuing the madness with a bump on my head and my mad wonky glasses. 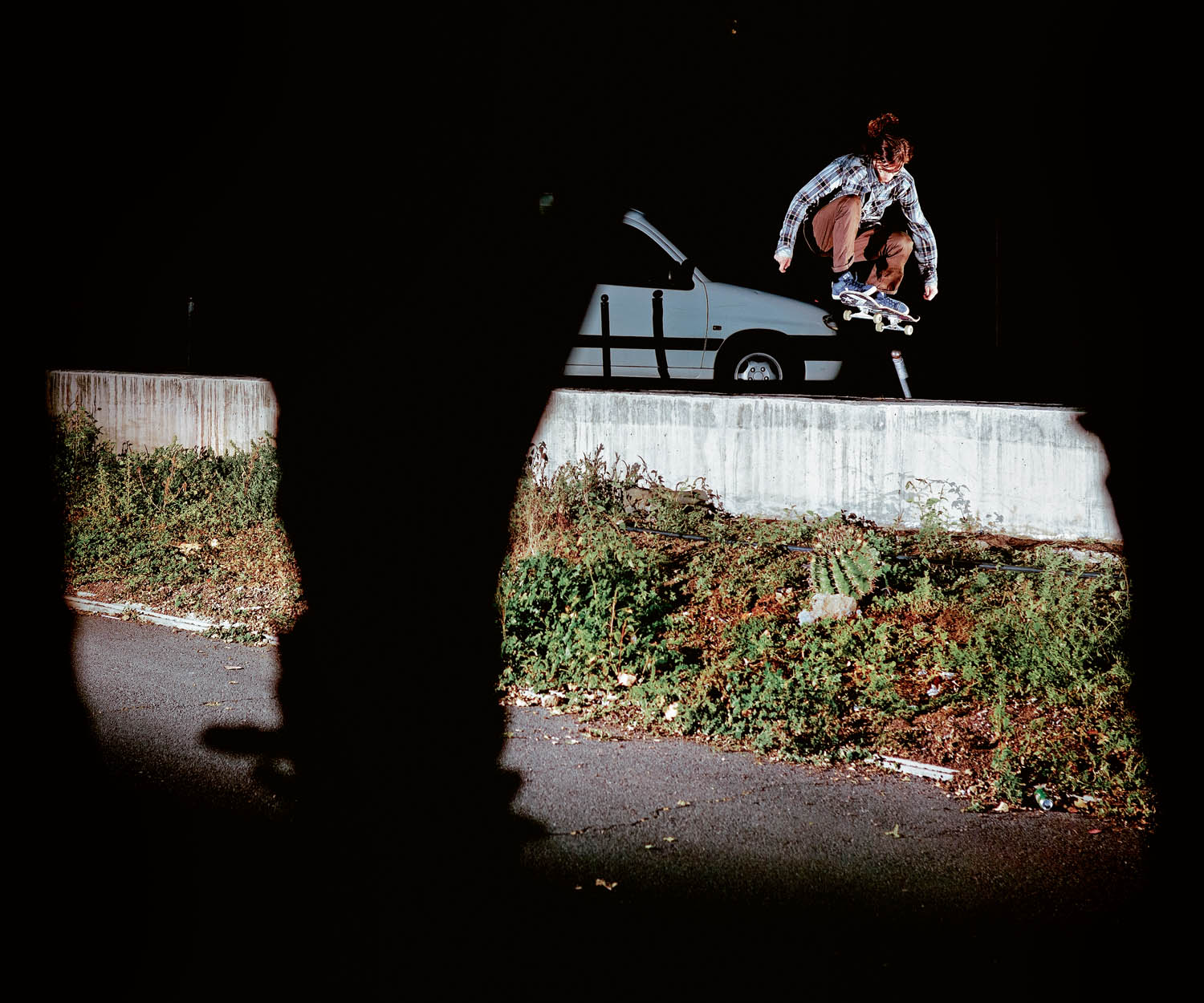 Julio: Do you not think some of your loss of sight comes from so much video game playing?
Dani: Yo dude you’re touching on a delicate subject! But yeah I love computer games and consoles, like the mega drive, Nintendo 64, Gameboy… I’ve got a ton of them at home!
Julio: And what do you reckon you’ve done more, wallies or played video games?
Dani: I love Zelda! Fuck wallies, play Zelda!

Julio: Okay this next question is from a colleague, Raul, he is asking if you have changed the name over from the scooter that you bought off his sister as she just got a fine through the post?!
Dani: Oh, shit, yeah its true I’ve not done it yet. I will do it eventually… It’s taking me years to get around to doing it hahaha… I always pay her the fines, when I get them… Bro I swapped that bike for like six boards with Raul.
Jano: I have always thought that his sister got the bad end of the deal; she only keeps getting your fines.
Dani: Yeah, thanks Raul, love you buddy! 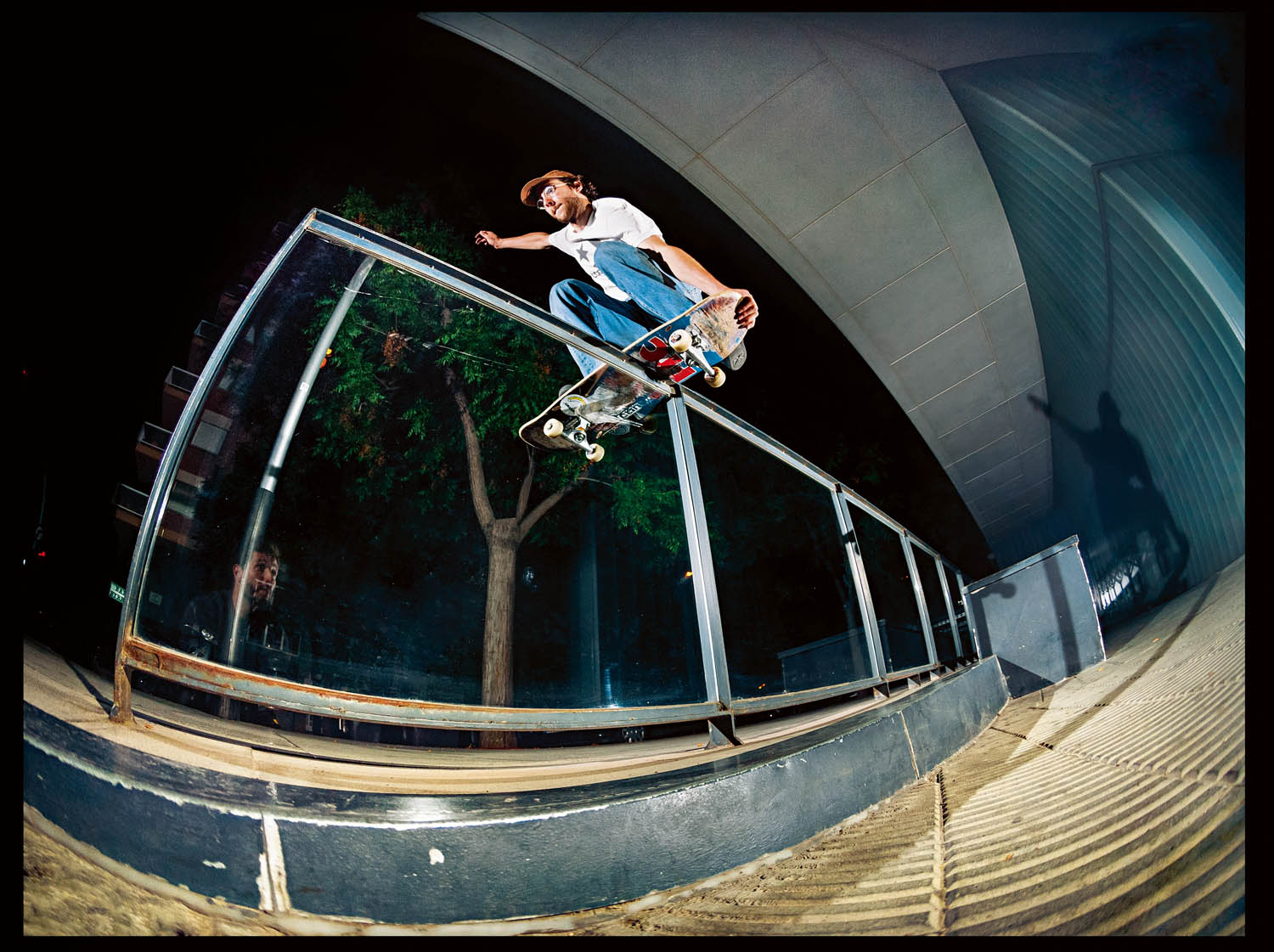 Jano: So what do you prefer beer or wine?
Dani: I’ve always been down for the beers but recently Julio has been pussy so we don’t drink beers any more! But really I like both, saying that, it is summer and white wine goes down a right treat!
Julio: But they both give you a hangover of the worst kind, have you got any hangover cures or trick tips?
Dani: Well, I always get up, smashed, I make my way to the beach, and whilst it starts to warm up I go get some Cheetos, a packet of Pink panther wafers and a Fanta and for lunch some meatballs (laughs)… Basically just eat as much crap as possible and not drink any water!

Jano: Why is it that you are so good at imitating everyone from our crew?
Dani: Well I don’t think I really do a good job but I am always able to pick up on the small details that make every one different. People usually don’t focus on these details and then when I point it out every one goes mad for it…

Julio: Okay a really important question… What the hell is that prison tattoo on your arm all about? What is “Brothers Choice”?
Dani: It’s the only tattoo I have; well it’s something we have all had for a while. It’s like our crew, and it is the name of a video we have been working on, all filmed in Hi8. Bro we did these tatts pissed up at Miki’s house! It’s from a TV brand. Jano has this ancient Chinese TV at his house and that’s the brand name but it stuck as our crew name and video. In the video will be Jano, Cidras, Kevin, Nanaqui, Xavi, me and well the rest of the crew. 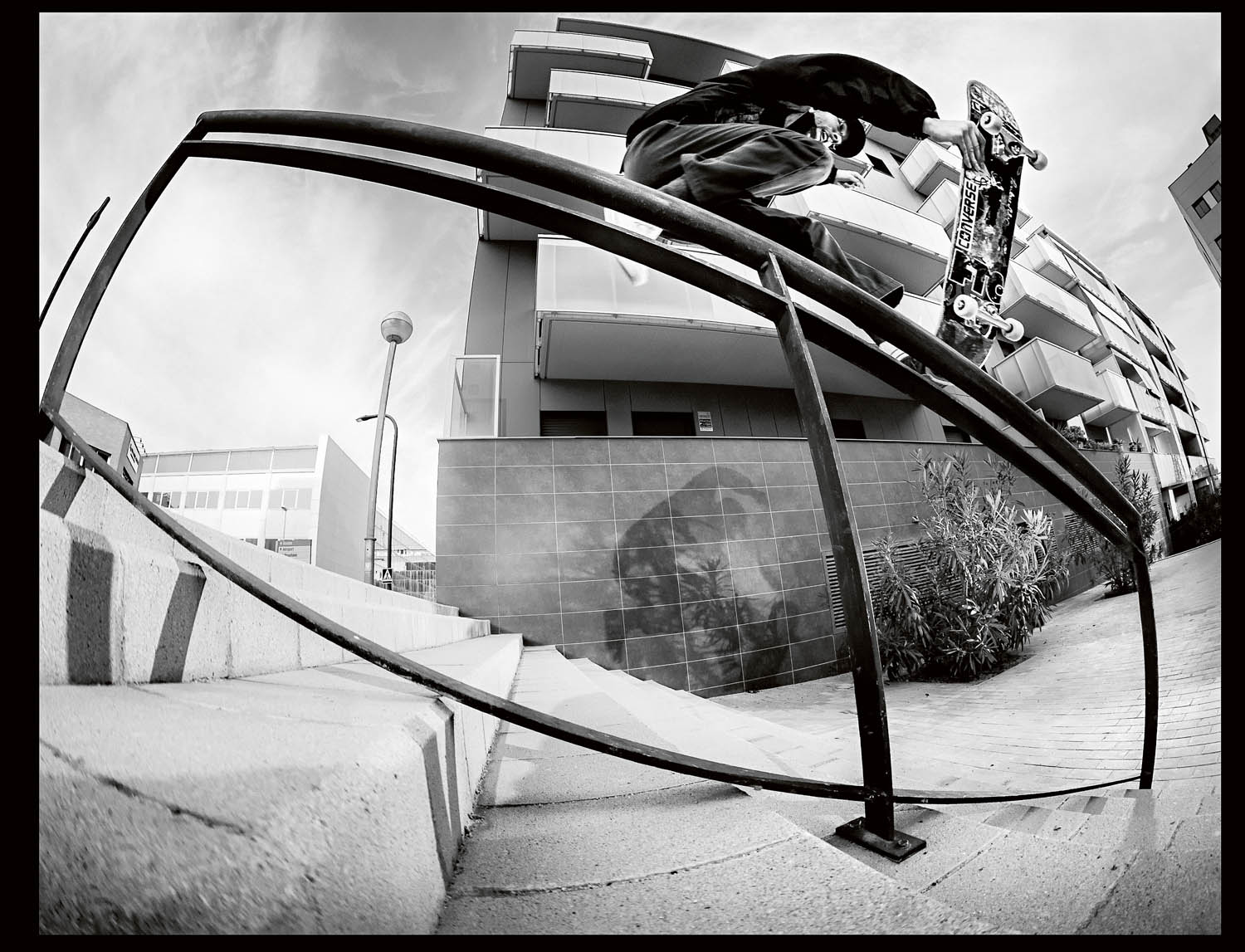 Julio: And will you be doing the music for it to?
Dani: Yeah man, we are most definitely going to attempt making the music for it. We have a band, which consists of Jano, Marce Coque and myself. We have already done one song for a video, which was recorded in a DIY punk style.

Julio: You can say what it was for if you want…
Dani: Well, it was for that video Dani Millan did for Cons Bonne nuit, it did come out really well in the end. So our idea is to do something similar you know like how Frank Hirata did in the Union Wheels video. Those guys would skate, film and make the music for their videos. You hardly see that these days.

Julio: Well, what worries me is if you had to pay for that tattoo, did you pay with food or money?
Dani: Of course, but I paid Mikey with what he needed!
Julio: It’s just a joke bro! It’s because it bothers me a bit, but it was just to take the piss a bit.
Dani: It is shite and it hurt a bit too! 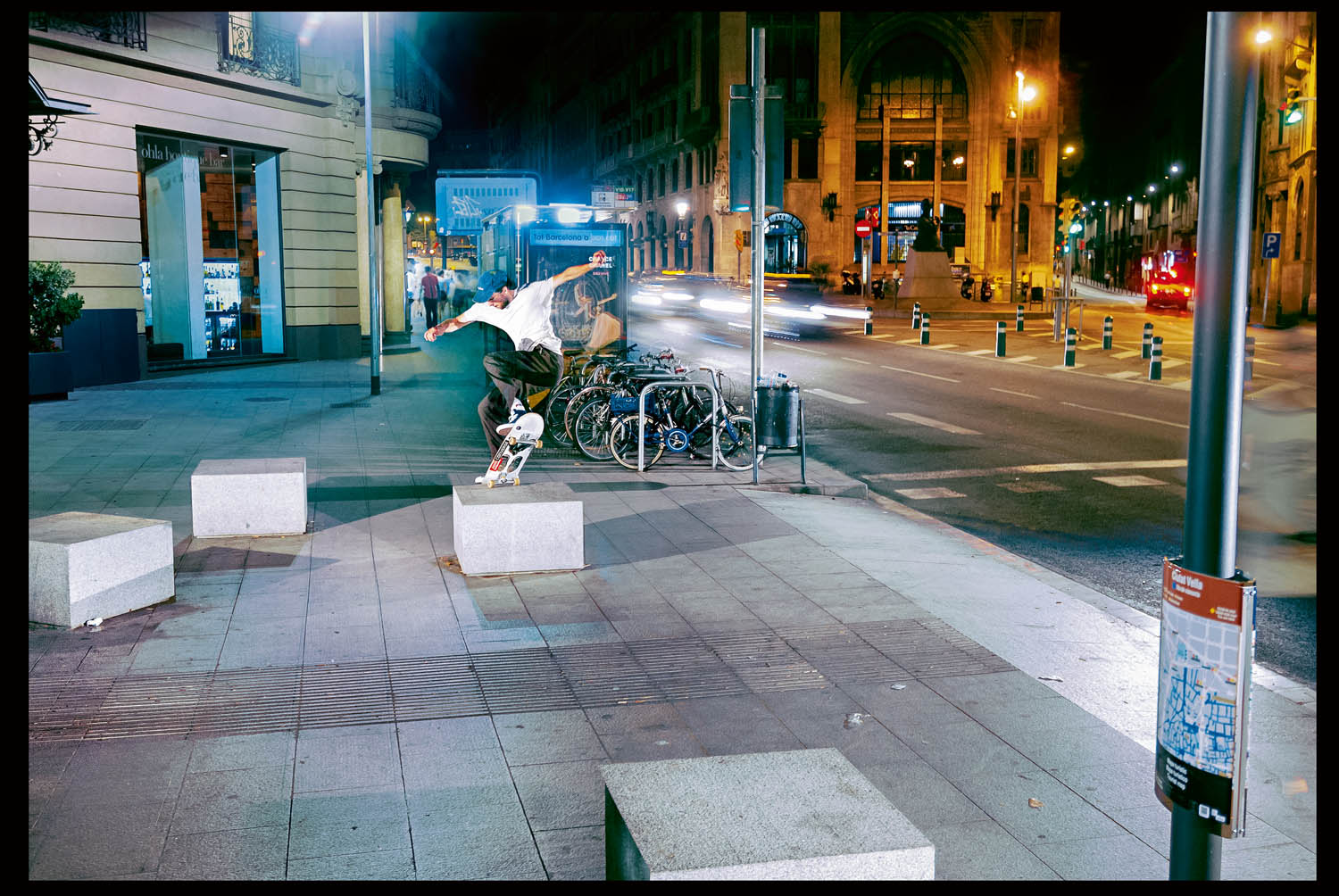 Ollie from the bump gap to nosebluntslide.

Jano: So how do you manage to travel so much, you never seem to have a job?
Dani: Well, in reality I’ve been fortunate thanks to Pali (Negrin) who always tries to get me on all the Cons trips that he can, and since he knows I come at little cost because I’m not bothered by living the high life and I live that hobo life style.
Julio: Ha, so the reality is that you’re on Cons because you don’t cost them hardly anything, and not even because you skate right?
Dani: Of course dude, I don’t spend anything, basically a score a month and 1 pair of shoes a year….
Jano: Bro, but you’ve been to Japan twice right?
Dani: Bro I went to Japan on 400 euros and when I was there I ran into some great luck… When we arrived the guys at FTC Tokyo paid us to model for some photos for a catalogue and then with that I was able to eat well for the rest of my stay.

Jano: Have you never thought of leaving skating to be a model instead?
Dani: Yes! Many a time! Before skating I had thought about it – when you’ve got the looks you’re blessed!

Julio: Okay, before throwing away your career with this interview do you want to thank anyone?
Jano: So basically the usual question, any thanks you want to make?
Julio: Actually can I thank someone? I want to thank @rafihappy, Rafi is Dani’s mum and without her we would not have been possible to locate you to do this interview. I want to make her Insta famous, she always likes all our photos and videos from the FTC account.

Dani: @rafihappy, GO FOLLOW!!! My mum has insta, #followforfollow
Okay I would like to thank Will at Free Skate Mag who has been nice to let me have this interview, you my people who have helped me with my skating and the peeps at FTC who are like my family. Brothers Choice who I am on the streets with every damn day. Pali for the all the shoes and taking me on all the Cons trips possible. Octavio for the Tangram wheels and Mike for the Polar goods and sorry for having to use Google translate just so I can email you for boards, which I’m sure makes you laugh every time! I hope this interview has been of interest to someone. Make the most of your crew… They are the ones who have your back. 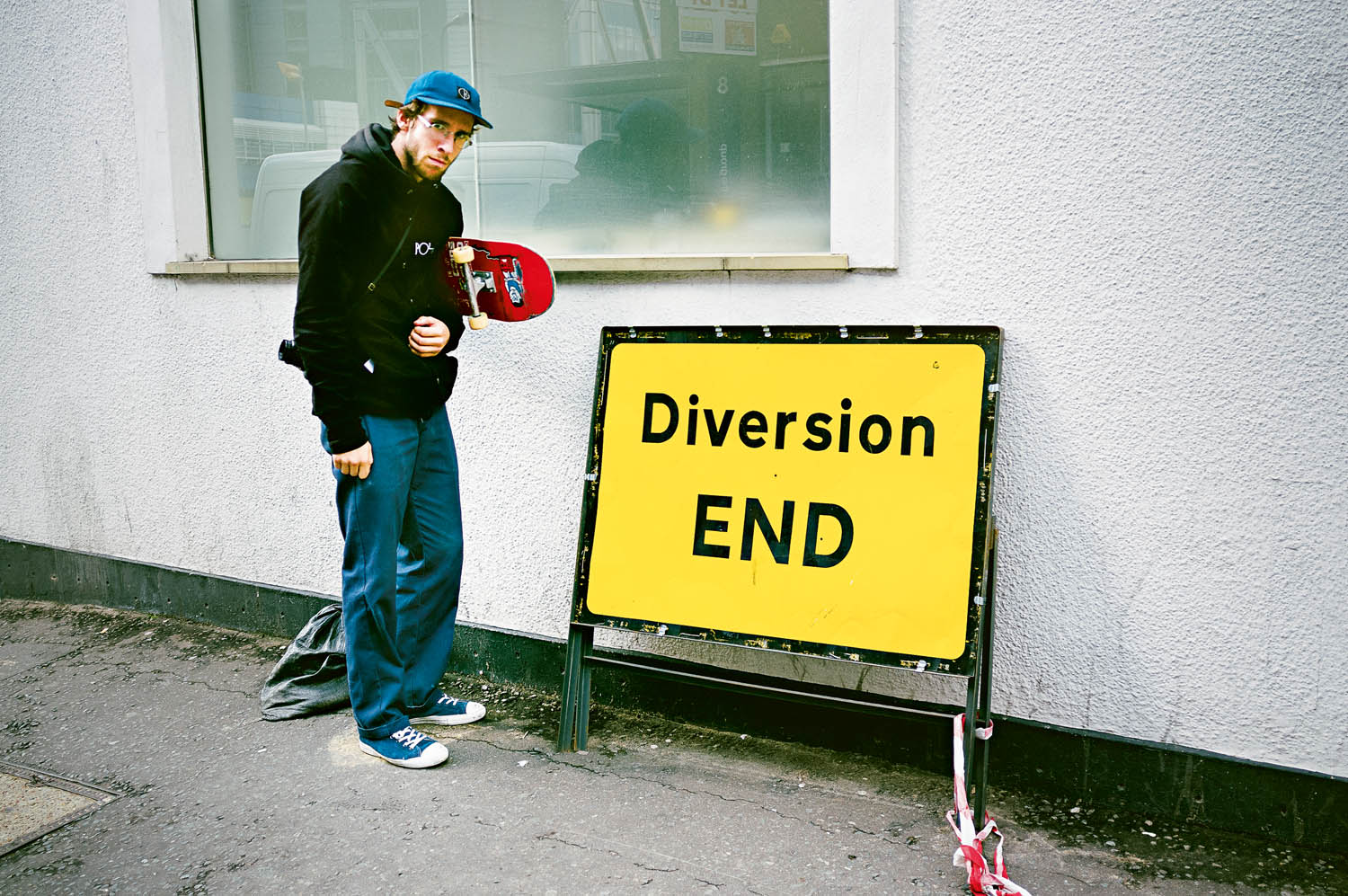