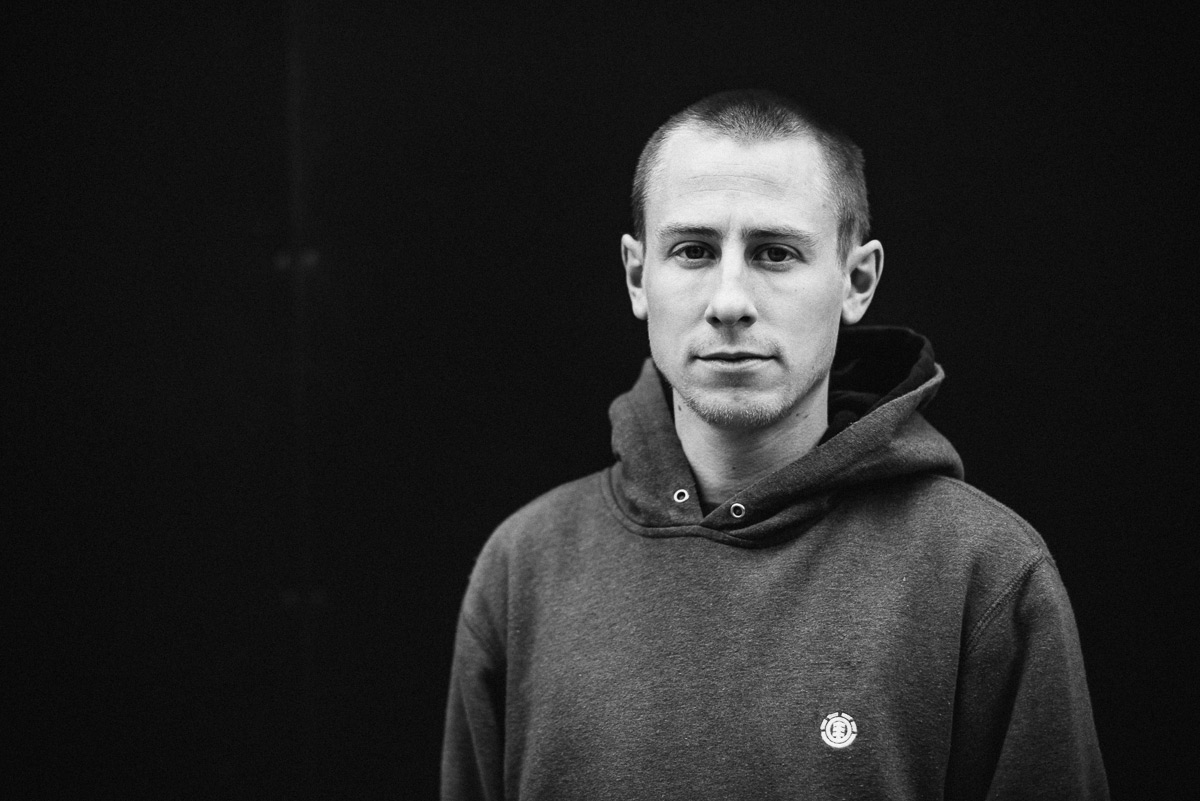 Brandon Westgate isn’t your typical American pro skateboarder. He doesn’t reside in Southern California where he can be close to his sponsors and skate with his teammates on the daily. In fact, Brandon isn’t that big a fan of So Cal. Brandon lives in a small town called Carver in the New England state of Massachusetts. That’s on the East Coast for all those less geographically inclined. Brandon prefers living in the Northeast… He’s got his house, his wife, a dog and his cranberry bog. He can easily get to Boston or NYC when he needs to get some clips. Brandon was in London this past weekend with his less than year old sponsor: Element. Over breakfast on Saturday morning we had a quick chat with Brandon about what’s going on with Mr Westgate.

Welcome to London. Have you been to the UK or Europe much before? I know you had some Berlin clips in your Made part and some Barcelona in your Welcome to Element clip…
Yeah I believe so. I never fully remember until someone brings up clips like that one in Berlin. I remember I was in Paris like 10 years ago with Emerica and I was in Barcelona last year.

When you go on these big trips, do you study the spots before you go, do your research, see things you wanna hit up, or do you just roll with it?
I just go and hit up whatever people take me to. Sometimes, a lot of people will be like: ‘ah I got a spot for you!’ or something like that so I just go with the flow.

And how do you feel about people planning and taking you to spots specifically for you?
I like it because I never really know where I’m going and I don’t study parts and remember spots.

Have you met the Element Europe riders before?
No I haven’t even been on the team a year so I haven’t met anybody really yet.

How do you feel about all the skateboarding on social media?
I think it’s cool; I like it. It’s just always a lot of stuff. Without it I probably wouldn’t see anything you know?

And so is that the way you most often look at skating – on your phone?
Yeah pretty much. Just that and the Thrasher site, The Skateboard Mag, the regular stuff…

What do you usually watch to get hyped to skate? What do you type in YouTube to get hyped?
I don’t really do that. I just usually go on the Thrasher site and look at whatever.

Who are some of your favourite skaters?
Nick (Garcia) obviously, Evan (Smith), Leo (Romero), Zered (Bassett), and Donny Barley of course, he’s a fucking legend. The list could go on forever… Mainly its just guys I go on trips with and I get to see in person. I think that stands out to me more than a video part. A video part is always edited down, so seeing someone in real life is always more entertaining and impressive to me. It’s like ‘wow, I didn’t know he could do that!’

Yeah I bet Leo Romero is really impressive in person the way he just charges rails right away…
He’s the gnarliest! Leo just hucks himself. He can eat shit better than anybody I know… It’s so good. 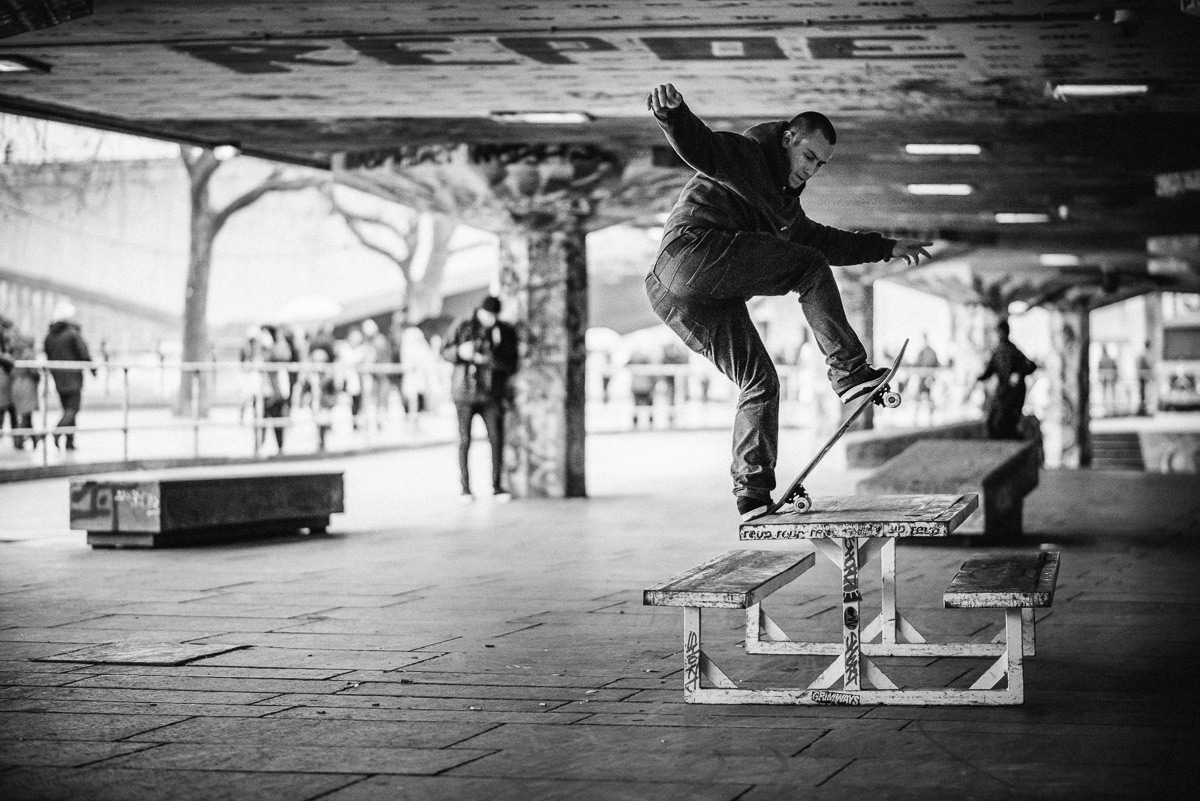 What exactly is the Westgate Collection?
Yeah so pretty much I just tried to come up with some gear that was inspired from hard work. Stuff that’s durable and can hold up to skating and also out on the cranberry bog. I wanted to have a work-inspired clothing line so Element hooked it up.

I know your dad and brother work on the cranberry bog in Massachusetts, but in your old Epicly Later’d you said you weren’t that into it. Has your mind changed since then?
I mean I always liked it and wanted to do it, but I always just skated, so that became more of my thing. Until I owned my own (cranberry bog) I couldn’t really get my hands in there I guess.

Yeah I hear you are quite into fixing things, working on the house and building stuff at home…
Yeah I’ve always liked to do stuff like that.

And whom did you pick that up from?
Probably from my dad as he’s always done stuff like that. If I ever have any questions he’s like the guy to ask. He’s real motivated with that type of stuff.

And so what do you think you’d like to do one day when you are not a professional skateboarder anymore?
Ah my mind goes all over the place. But definitely farming cranberries is something I’m super into and just general farming and stuff. I always watch this show Gold Rush, it’s dudes up in Alaska just digging for gold and things. I like all that… I’m into running equipment and stuff like that.

Yeah at your house you have a lot of property, right? Loads of room for equipment and tools?
Yeah I have a tractor, lawnmowers, welders, torches…

I guess that’s one of the advantages of living in a small town like Carver, Massachusetts?
Yeah that’s why I like it out there. Where I live we don’t have any close neighbours or anything… It’s just my wife and I and our dog. We are kinda like in the woods or whatnot.

And how long does it take for you to drive into Boston?
Like 45 minutes to an hour.

That’s not bad at all. That’s even less that what most people drive in LA to go from one spot to another.
Yeah. I used to never like to stay in the city unless I really had to. So I used to wake up at 6:30 or 7am and drive two hours to Connecticut, meet up with the photographer, and drive two hours to New York. I’d skate New York a bit and then drive all the way home.

All in the same day? That’s almost like 8 hours driving!
Yeah I used to do it all the time. Day trips.

Wow. Intense. So what else do you have planned for this year?
Well we are filming for an Element video so I’m going to try and come up with a good part for that. I’m trying to work on filming a bunch of clips. And then obviously I’m super-stoked on this clothing collection coming out. I’m just going to try and keep it going ya know!

And then after here (London) you are heading to Barcelona right?
Yeah that should be fun. I always like it out there, good spots and a good lifestyle. It beats Southern California.

And you’ve still never had any pressure from your sponsors to move to Cali?
Not really, thankfully. I don’t know how I’ve made it this long without that. I just try and do what I’m supposed to do so I can keep that pressure off my back.

As long as you get coverage on trips I think you’ll be fine. Also back home you can easily go to Boston or New York. You don’t really need California.
Yeah the only time you can’t skate back East is the dead of winter. Southern California I feel like is hard to skate. I go there and all the spots have been killed. I honestly think it’s harder to skate out there than it is back home.

Brandon and the Element Europe Team will be at Titus in Berlin this Saturday for a signing, free drinks and goodies. More info here.