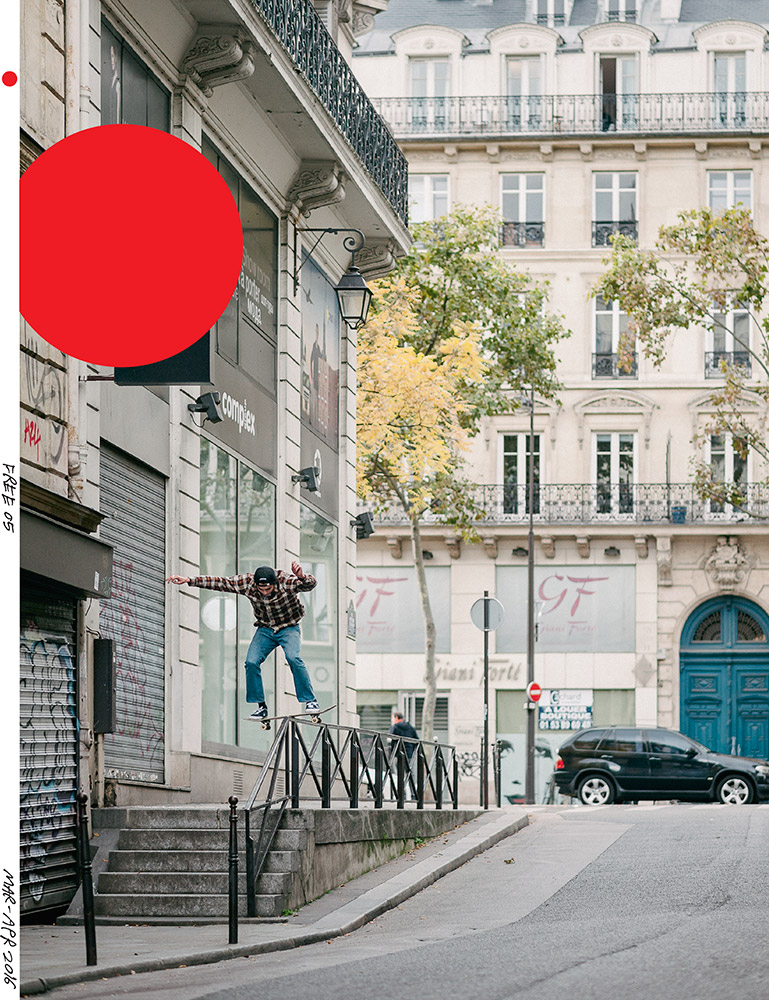 Free issue 5 is back from the printers and should be at skate shops in the next few days. Sean Pablo scored the cover with a boardslide in Paris shot by newly crowned European Photographer of the Year: Alex Pires. Inside issue 5 you will find interviews with France’s Joseph Biais and Maxime Geronzi, Spain’s Carlos Neira, Sweden’s Filip Almqvist and winner of the Video Part of the Year England’s Tom Knox. Also there is an article on the Bright European Skate Awards nominees heading to Athens, Octagon in Dubai and an insightful interview with Sara Cheikh on the struggle of the people from Western Sahara. Plus loads of great photos of course – get your hands on a copy!