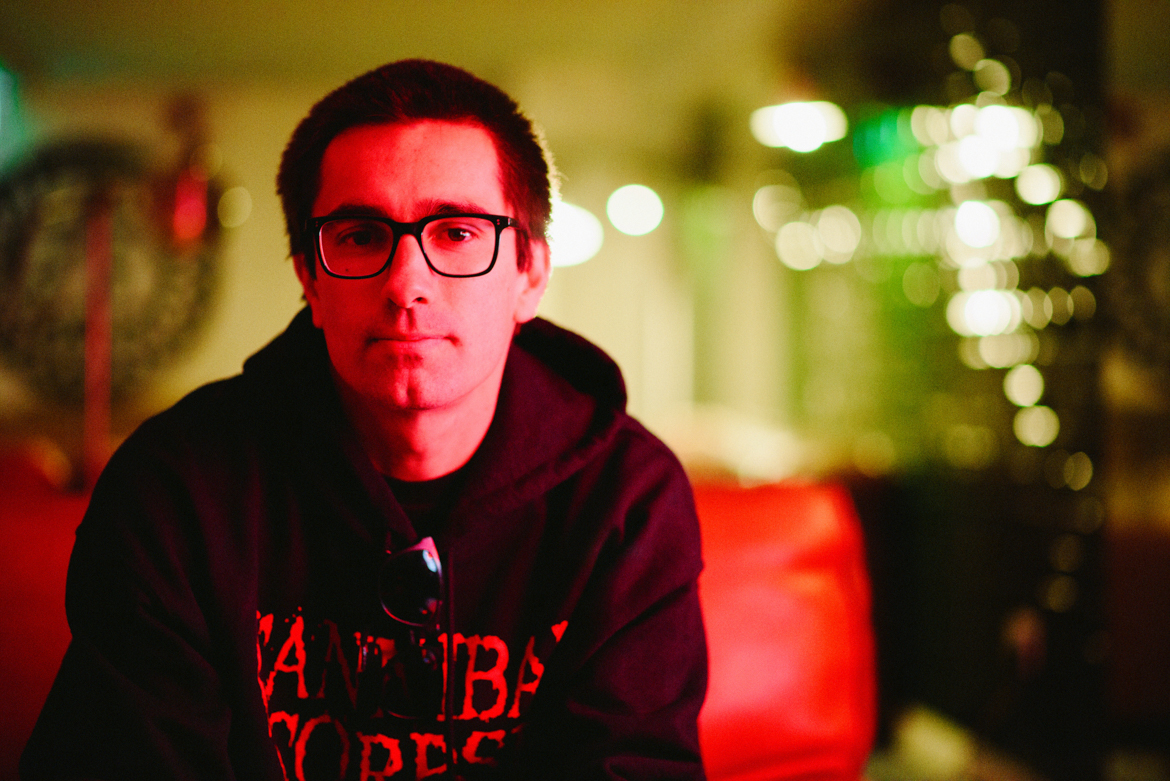 Next up on our list of Vans 50th anniversary interviews we’ve got long time team rider Tony Trujillo. The family man was kind enough to look back on some his favourite memories with the brand, the legendary Marseille Bowlriders contests and discuss the spur-of-the-moment breed of skateboarding he enjoys the most.

Can you start off by telling us a little bit about the Bowlriders contest you attended during the late 90s early 2000s?
Those were some incredible times for sure. The last edition I went to was during an Anti-Hero trip. I can’t remember the video though… Maybe it was for the bonus section of something. It was the time I had the face paint on and the bowl was all painted red and shit. It was nuts…

How come you stopped going after that?
I don’t know, we could see the Marseille contests slowly dying. It was getting blown out. Plus we’d had some issues with the security and some of the locals…

What kind of issues?
People thought we’d dosed some kid with acid or something.

I actually know exactly what you’re talking about. The “kid” you are referring to was indeed in a pretty worrying state after that contest. It took him a long time to come down from that acid trip…
Ah okay… Well I don’t know where these people heard it was our fault because if we’d had acid at the time we’d have done it, not given it to someone we don’t know, even less to a kid that skates… That’s pretty fucked. We party, talk shit, etc., but that’s definitely not something we’d do.
Anyway it somehow started spreading, getting into people’s heads and suddenly it was reality for a lot of them. I know some of the locals and Austrian skaters were hating and shit. It went on for years… But you know what? Let them think that, whatever, we know that it’s not something that happened.

That really sucks.
Yeah especially because it was so fun. The first year I went there I got first place! I did the comp three times in total and I think I placed in the top 3 every time. They always had free beer all over the place, the park was really easy to ride…

And on the beach…
Yeah! Plus I’d seen Wade (Speyer) and all those dudes skate it in videos and I’d always wanted to check it out. On all those old “Hell Ride” trips they’d always stop there and there was always footage of it in the Thrasher videos. I was pretty excited to be there and skate it.

Do you think there’s been a shift in the way contests are organised/presented? If so why do you think that is?
I don’t know… I guess skateboarding got re-popularised and there are now dudes that just do contests and companies see that as an outlet for their brand. The whole Street League thing is trippy though ugh? It’s trying to make skating a sport, there’s a season for it and everything. But it’s always the season to skate!

Talking about comps and Marseille just reminded me of all the coach dads that popped up there around that time. Do you actively teach your kids to skate?
I think it’s hilarious when you see the dad out there. Especially when you see him at the car padding the kip up and stuff. I definitely wouldn’t do that with my kids that’s for sure. If the kid wants to skate then he can but if he wants to ride his bike around or whatever instead that’s fine too. The board’s always going to be there for him and he knows how to ride it so I’m not really worried about training him or anything like that. I had to learn on my own so he can do the same. Obviously if he wants to ask for tips that’s fine, but force feeding skateboarding to kids is completely wrong.

Certainly takes away from the spontaneous nature of what we do.
Yeah, you have to discover why you like it yourself. I’d rather let my kids do that.

While we’re on the topic of skateboarding’s spontaneity, I always wanted to ask about the way Anti Hero videos are filmed. It often just looks like it’s just someone filming the session as opposed to the traditional ‘go to a spot with an idea, warm up, tell them you are ready to start trying and go for it’.
On road trips it’s definitely more everyone skates and whoever looks like they are sparking gets filmed. If we sense that something’s going to go down then we whip out the camera. Being a skater you kind of know where someone’s going and what they’re after…

Do you prefer this to coming up with ideas for spots and tricks?
Yeah I mean having to go through the process of  ‘I want to film this trick so I need a backside spot, etc.’ is tough. I just like getting out of the van and doing my own thing. It’s hard for me to focus on one trick. Even on skatepark shit or tranny… It takes all the fun out of it for me.

So for you the best part is cruising, improvising and seeing what happens. Do you still enjoy the result of putting a lot of thought and effort into one trick? Like you would for the Vans video or something.
Yeah totally but filming a part for the Vans video is a lot of work and very different from the way I’d been doing shit before. The last proper video part I’d filmed for had been In Bloom and even that wasn’t as intense in terms of setting up cameras and stuff. It wasn’t that crazy back then…

What have you got lined up for the rest of the year?
Well I’ve been taking it easy most of last year, you know after the Vans video and everything. So I just want to get back on the road! Do some Vans trips again! Since the premiere tour it’s been quite hard to get trips organised. But now they’ve got the bowl series so they are going to be focusing on that…

Are you going to hit all of those? Stoked that the final is going to be in Malmö.
Yeah I’ll be going to all of those apart from the one in Brazil, so that’s sick, but they aren’t exactly “road trips” where you go looking for mystery spots and skateparks and stuff.

True. Anything else?
I guess I’m also probably going to be doing that “In Transition” thing for the Berrics this year.

Not exactly something you’ll be going on road trips for either though is it?
Not really no. I read this thing they sent explaining that you have to film it all at one skate park, that you have to stick to the tranny etc. They’ve basically got rules for it… Kind of weird.

Once again taking away from the spontaneous nature of skateboarding…
Yeah it’s like ‘okay here’s your chorale, stay there and film a 3 minute part’. If I do end up doing it I’ll obviously still do my best though.

What park would you choose?
Probably this new park Grind Line are building in Boise, ID. I think the opening’s next month… It’s under a bridge and pretty cool looking. I just want to do it there because it’s new and everyone seems to be picking the standard places like Burnside, Washington St. and stuff. 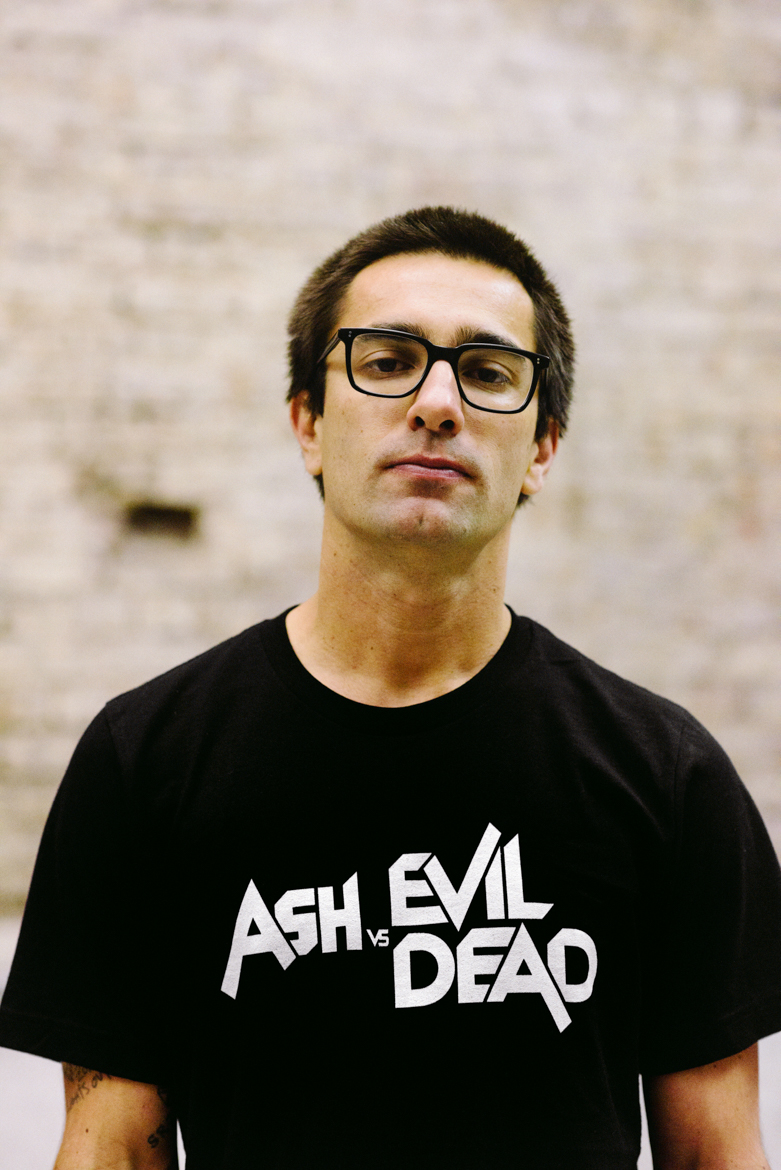 You can see how it would be easier for most people to film a section in a skatepark they’ve been skating for years though right?
Yeah but I prefer discovering something new. Those huge parks have so many different sections that you can spend a whole day sessioning one spot then move on to something else the next day and so on. They offer so many possibilities.

Fair enough. Since we are here for Vans’ 50th I’d like to hear about you’re relationship with the brand. For how long have you been skating for them?
I’d say about 20 years.

What would you say has been your best memory from this time spent with them?
I don’t know I mean them giving me a shoe was pretty insane… I’m not sure how old I was but that was definitely pretty big time. Growing up skating for Anti Hero you kind of learn to stick to who’s backed you. Nobody quits Anti Hero you know? So I guess I applied that mentality to my relationship with Vans and have done my best to support them and represent what they stand for in skateboarding.

Is getting a pro shoe on a company like Vans the sort of thing that gets you set for life (money wise)?
I never really spent much money so it’s hard for me to say but now that I have two kids and a wife and a house it was nice to have saved money that’s for sure. So yeah a big thank you to Vans for that one.
I still trip on it to be honest; it’s just skateboarding! Thinking back to when I’d watch the old Santa Cruz videos and stuff, I would have never thought I’d be able to run with skateboarding for this long… These days some people want to turn pro and want to make money when they get in to skateboarding but it was never the case for me. I just wanted to go skate new shit and that’s what Anti Hero gave me. To get in the van and go skate shit, that’s all I ever wanted and that’s what I’m still doing.