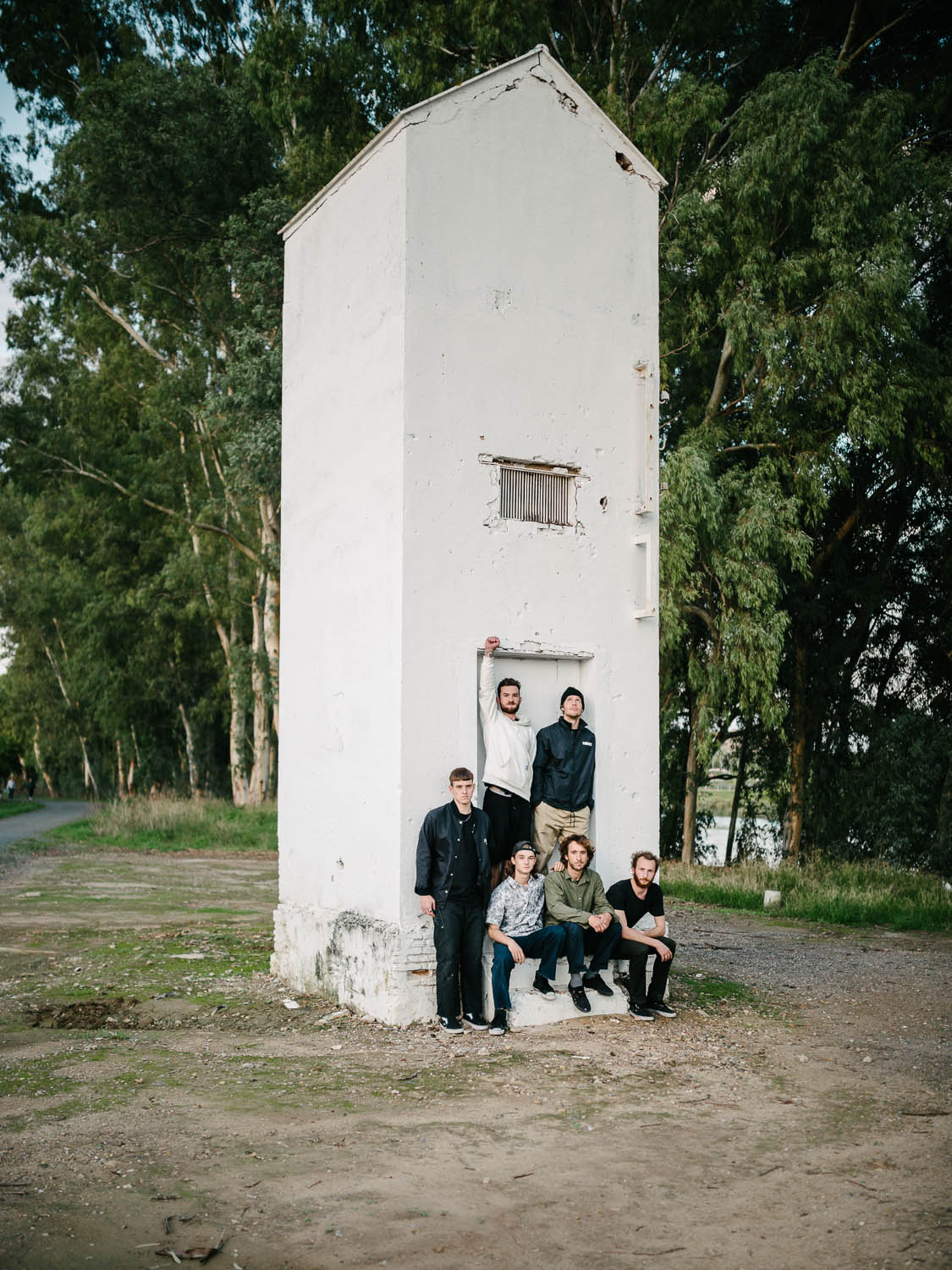 All photos by Sam Ashley
Words by Samu Karvonen

Most of these commercial tours have a point or a task to fulfil so the investors can get some piece of mind on blowing thousands of euros on a bunch of premature snot-noses to go and roam around drinking beers and acting stupid with their wooden toys. Bless Carhartt for seeding light on this holy cause.
The crew for Sam to shoot was well and carefully picked on whoever happened to make it basically. Felipe Bartolomé, as one of the newest Carhartt riders, was our tour guide since he spoke the native language and possessed a rad character. Rob Smith joined the ride as a fellow Englishman for Sam. Joseph Biais was the company cardholder, Joaquim Bayle acted as a filmer and I was brought to the bunch as the designated driver and Tom Derichs was the guy with food problems. Not to go much deeper into this but if you bump in to Tom ask him: ‘How’s the worms doing?’ 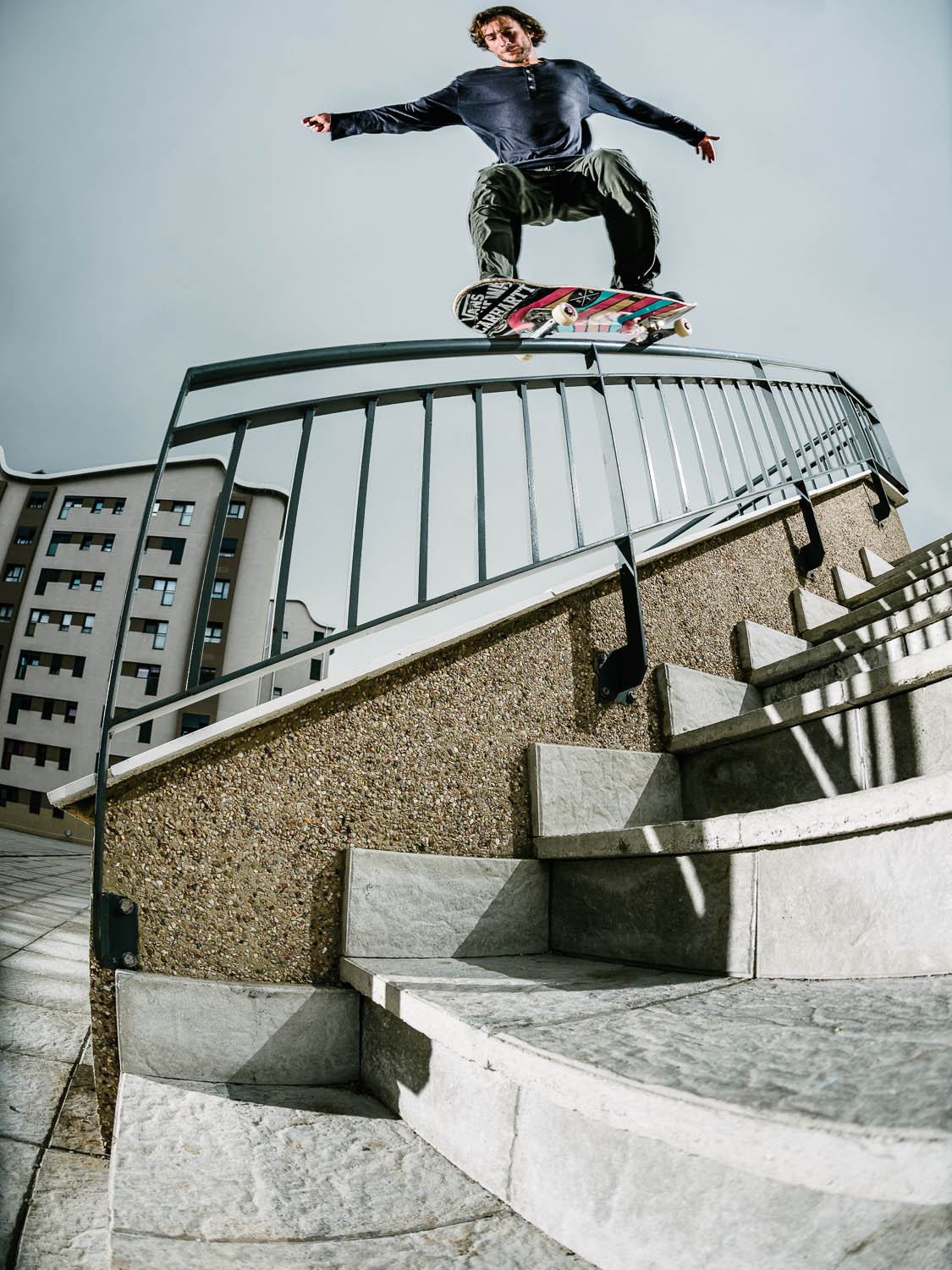 The plan was to stay a few days in Malaga, drive down to Gibraltar, climb back up to Seville and then hit the highway back to the starting point.
Malaga was nice, not many other things stuck in my mind about it. We did check a few other cities on the Costa del Sol. Very nice too. Yes.
La Linea was next on the program. It’s located next to Gibraltar and had a few excellent bars and restaurants to be experienced. Most of them were closed though, but according to our local guide they were really good. Skating-wise it had a nice bowl type of thingy and a well fun DIY park. Strong skate scene for a small place like that. Still to this day we don’t know why, but every obstacle in that DIY had a Welcome Skateboards logo on it and later we noticed that almost every local rocked Welcome boards as well. Marketing done right I guess.
Though our hostel was in La Linea, our primary target was Gibraltar. Short history of Gibraltar by Wikipedia:
‘An Anglo-Dutch force captured Gibraltar from Spain in 1704 during the War of the Spanish Succession on behalf of the Habsburg pretender to the Spanish throne. The territory was subsequently ceded to Britain ‘in perpetuity’ under the Treaty of Utrecht in 1713. Today Gibraltar’s economy is based largely on tourism, online gambling, financial services, and shipping.’ 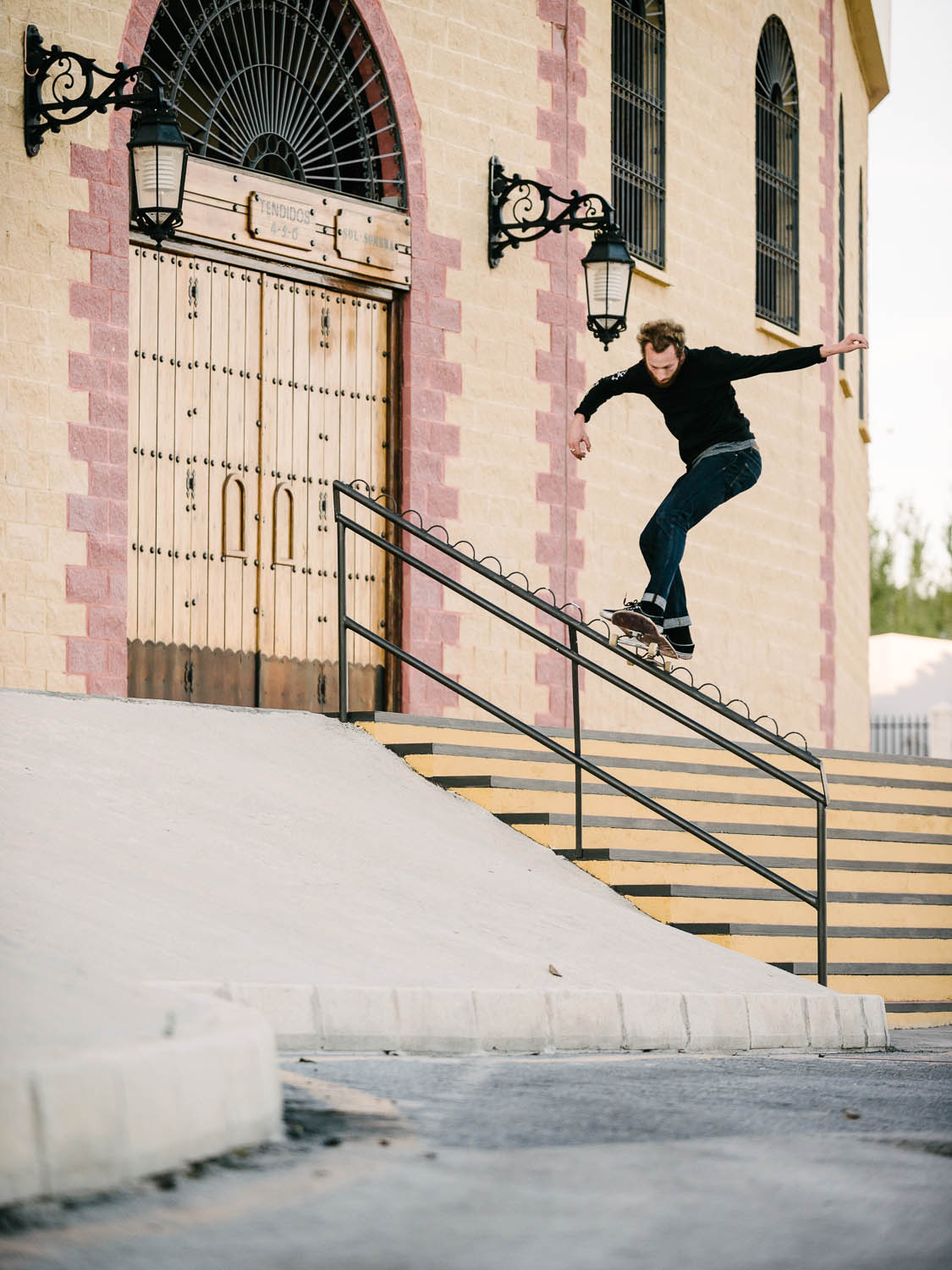 So yes, it’s a British overseas territory and you need to go through passport control to enter the ‘island’. You will come across a lot of British tourists, street signs, bins and other authentic stuff. Bit of a cultural shock to be honest, but you get used to it when you start climbing up the ‘Rock’, get a glimpse of mother Africa on the horizon and gaze at all the monkeys hanging on people trying to pet them. The ‘Rock’ is a good place to look down and search for spots as well. At least we spotted a few good rooftops, which we ended up skating the next day. As skating on a rooftop spot behind some fences is probably not the most familiar thing for the locals the cops were called on us. The law came fast with flashing lights and yelling at everyone to ‘stop and stay still’ while they investigated and assessed the situation. Since we weren’t breaking into the restaurant next door the cops told us nicely to ‘proceed on with what you were doing and sorry for interference’. I wish it would always end like that. 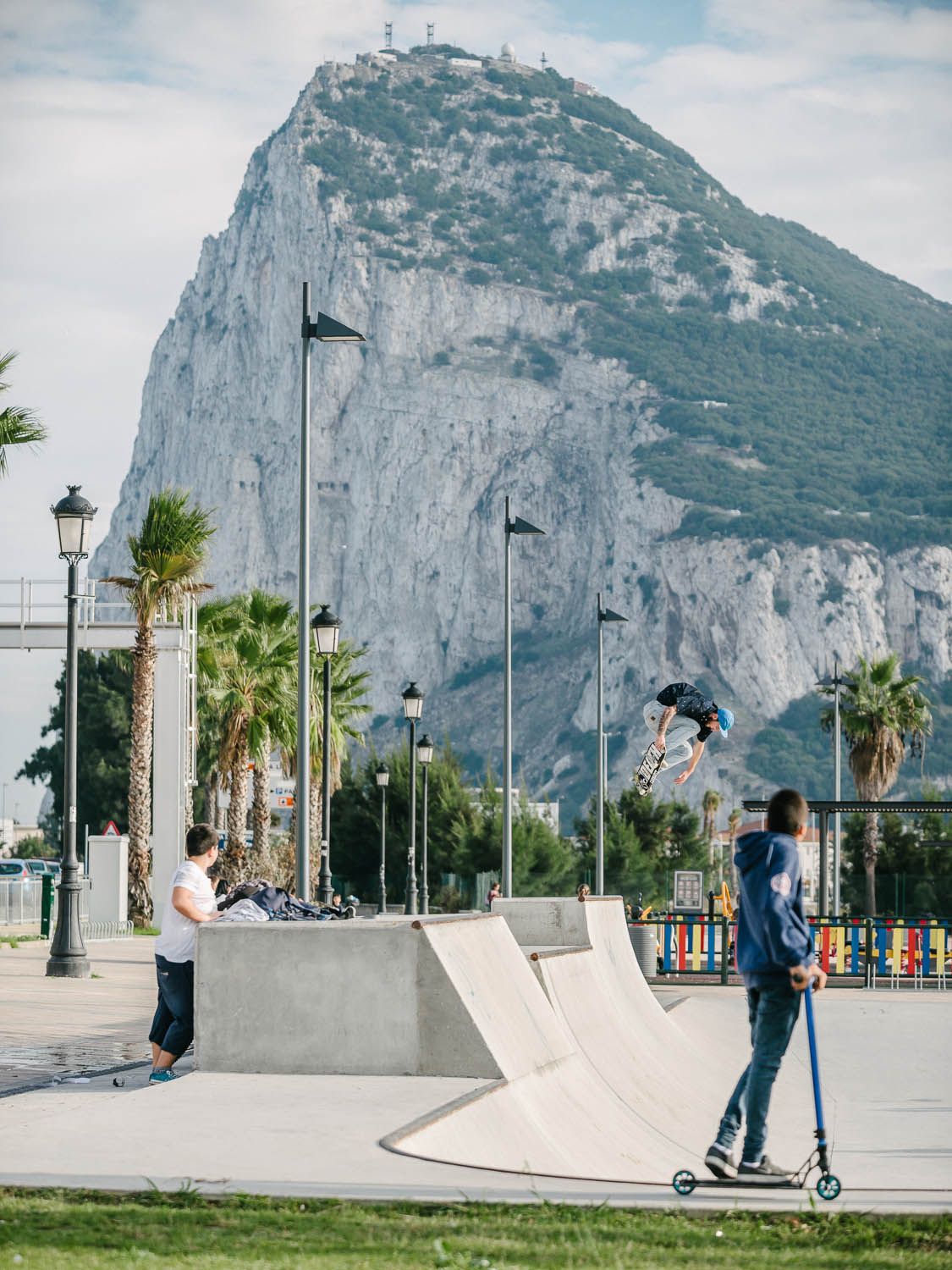 For moving purposes we were supposed to have a van, but due to some credit card problems we ended up with two cars. Over the years we have learned to ‘pay full insurance’ since something always happens. Or is it because you paid that insurance? Anyways, while heading from Gibraltar to Seville in the middle of a rainy night we stopped at a fairly remote cafeteria. It happened to be one of the best places we ate during the whole trip. The friendly bartender served us like we had known him for years. It was amazing food and there was an astonishing knife collection (who doesn’t collect small knives?).
Somewhere between the tortilla de patatas and the bacalaos young Bartolomé went to the car to grab his smokes and classically left the keys inside. And luckily our fresh rental cars were programmed to be self-protective and to lock the doors in a few minutes if nobody used them.
So after all that food greatness 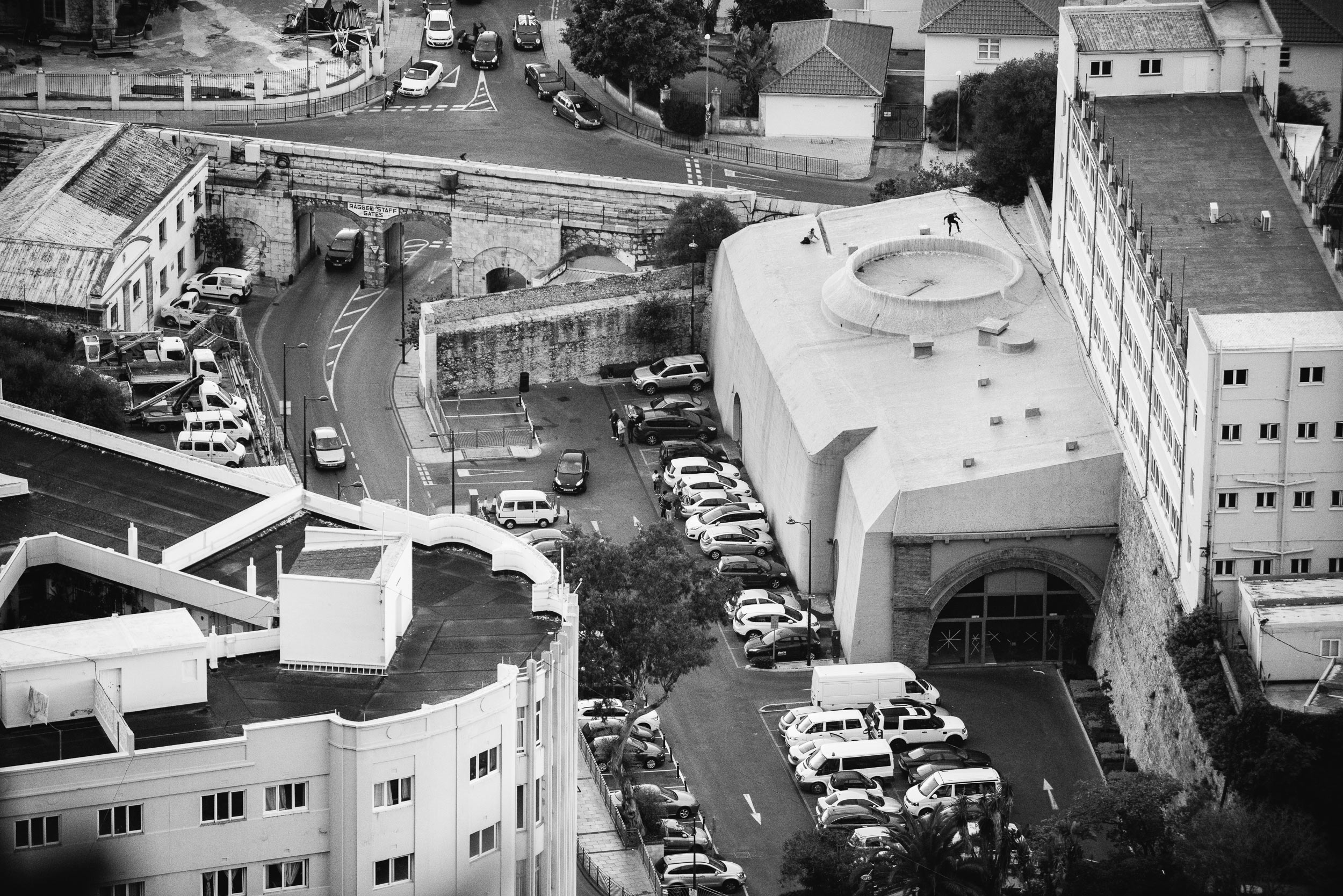 seven dudes stood outside around the car debating whether we should call the insurance company or not. We were at least three hours away from Malaga and it was midnight so the chances that the rental company would deal with us were fairly slight. But by calling them and telling the situation we couldn’t break the window and call it a vandal act of terrorism. Though breaking the window would probably mean a visit to the police station
the next day for insurance purposes. No one voted for that one either. Rain started getting heavier and talking was turning into shouting. Option C: Let’s find a wire (or a ‘iron string’ as I called it and got a good laugh from the native English speakers) and do as they do in the movies and lift the handle somehow. We got a wire from the friendly bar owner and with a little man force and Leatherman collaboration the wire was inching down the other side of the window. This was the time when we realised that even if we somehow got the wire around the handle (slim to none chance) pulling it upwards wouldn’t
do shit since the motion needed to
be horizontal, not vertical. 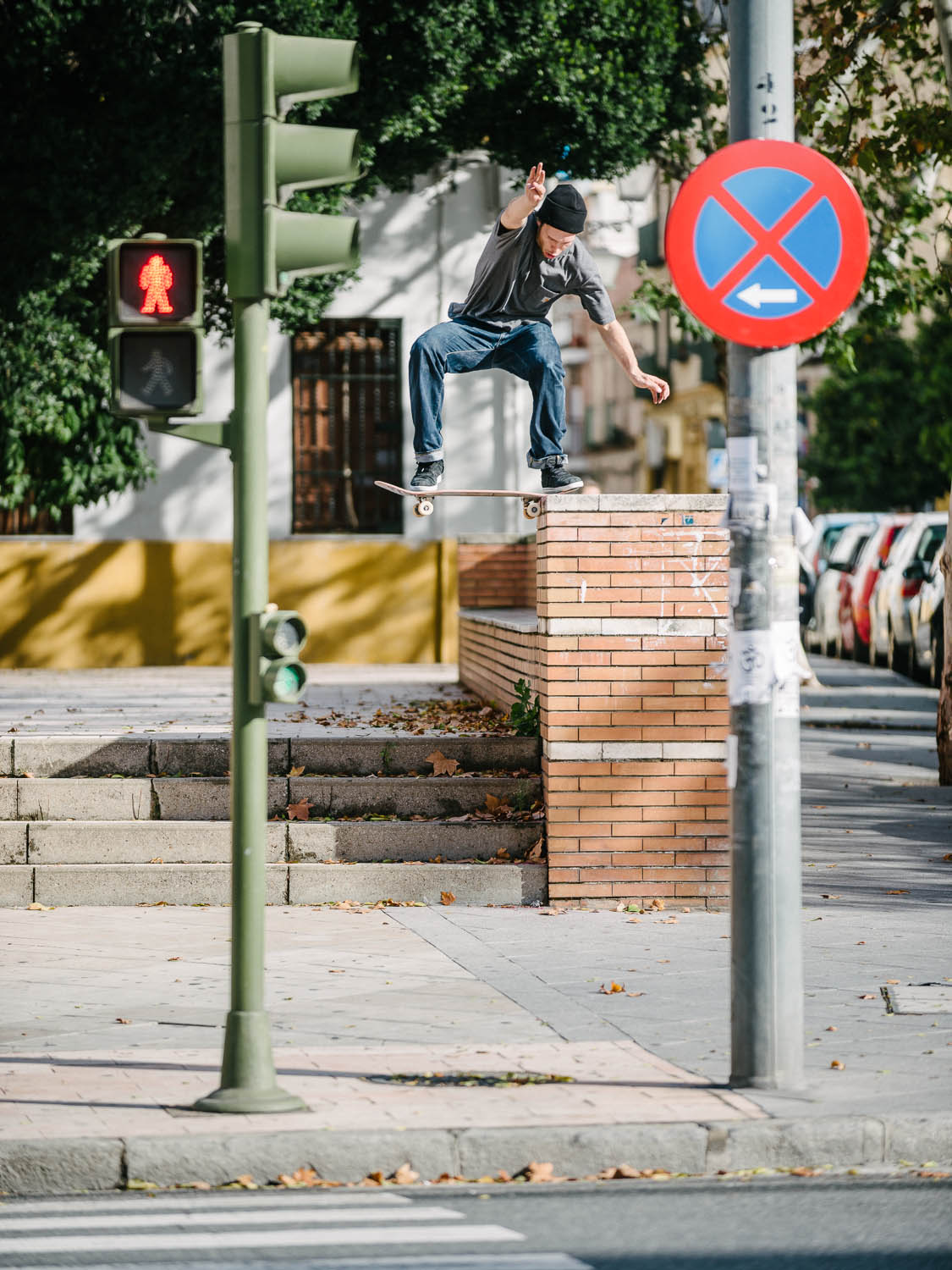 While Felipe and Joaquim hitched a random ride to the next town to search for a professional burglar or tools for this trade the rest of us stayed debating on what would be our next move. The cops showed up and Rob asked for their advice.
‘Call the company’, they said.
Yeah… Still out of the question, they would never solve it tonight and we can’t leave all the camera gear in the car for the night. By this time Jo and Felipe came back alive but just with a heavier wire…
‘Any last ideas before we smash the window?’
‘The key is in the back seat and I could probably reach to it with the wire.’
‘Yes, but we will never pull the key trough the window unless we break it.’
‘But what if we push the open button?’
Meaning flipping the key around and pushing the button on a soft seat with a wire that was harder to control than one of those catch and release game machines where you have to try to grab a stuffed animal and move it to the ‘drop zone’ in a limited time. I’ve never seen anyone ever getting anything out of those things. But five more minutes, a few iPhone lights more and with some incredible teamwork we turned the impossible into ‘beep beep’ as the doors unlocked and seven guys started screaming and jumping in the rain. Lifestyle hammer. 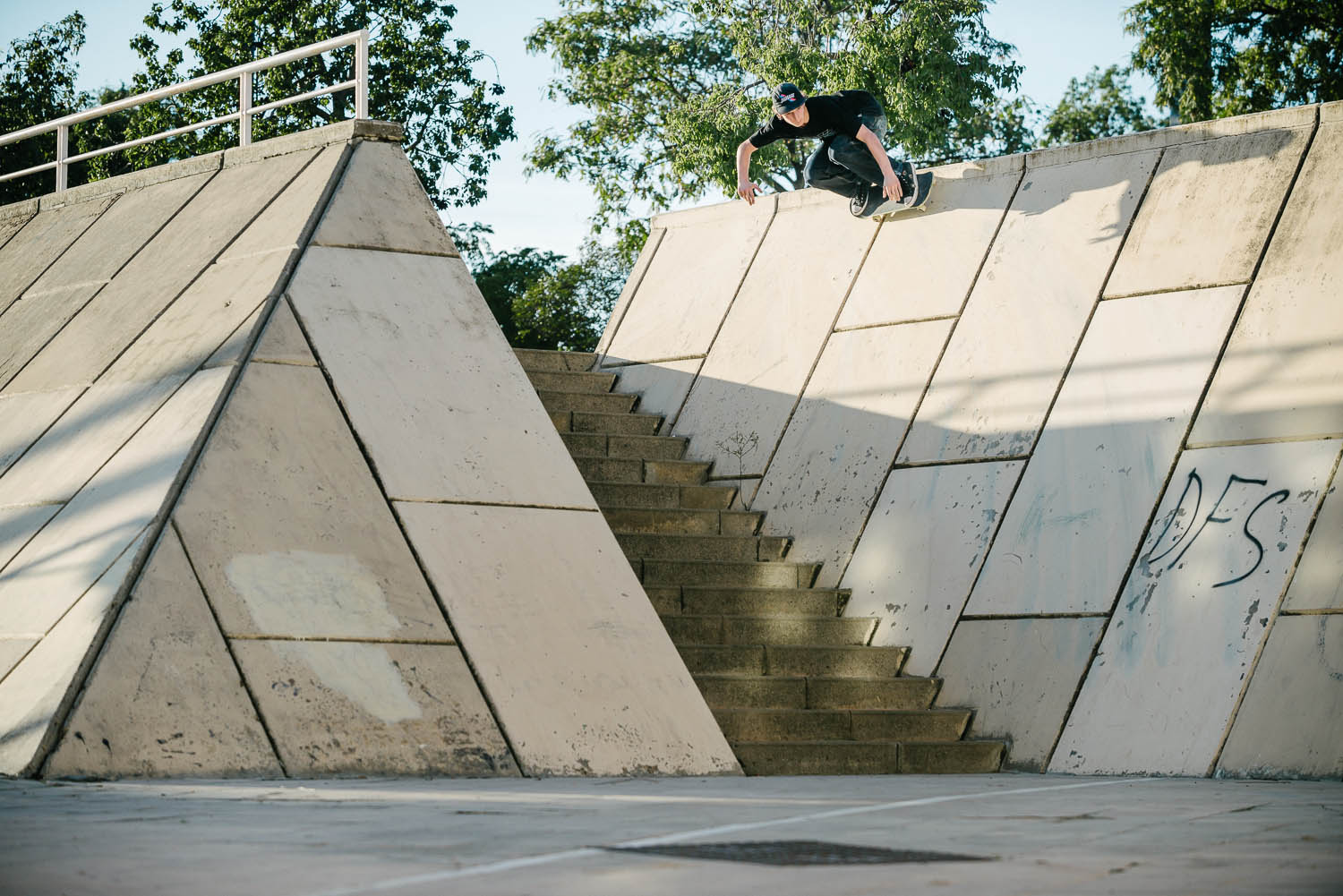 After a long night of driving, a retarded GPS and few wrong turns later we finally made it to our sleeping quarters in Seville only to realise that Joseph had booked us into a Turkish prison. After only a few hours of sleep most of us awoke to the rain that poured all over the corridor. The flashes we thought were lightning actually were coming from the hotel owner’s camera, as he’d arranged a photo shoot in front of our rooms at 7am. It would have been fine with earplugs, but the only windows on our rooms faced straight to the action so it was pretty hard not to be disturbed. To top it off the owner was a chain smoker and our rooms were small and not that ‘airy’ leaving us either to suffocate on the cigarette smoke or our own farts.
Other than that Seville treated us well. Actually the whole trip consisted only of good spots, good food, good friends and good times. And even if it had been shit it still would have been ok. In the end it’s up to ourselves whether we decide to keep the good or the bad memories. Live the dream; don’t dream about it. 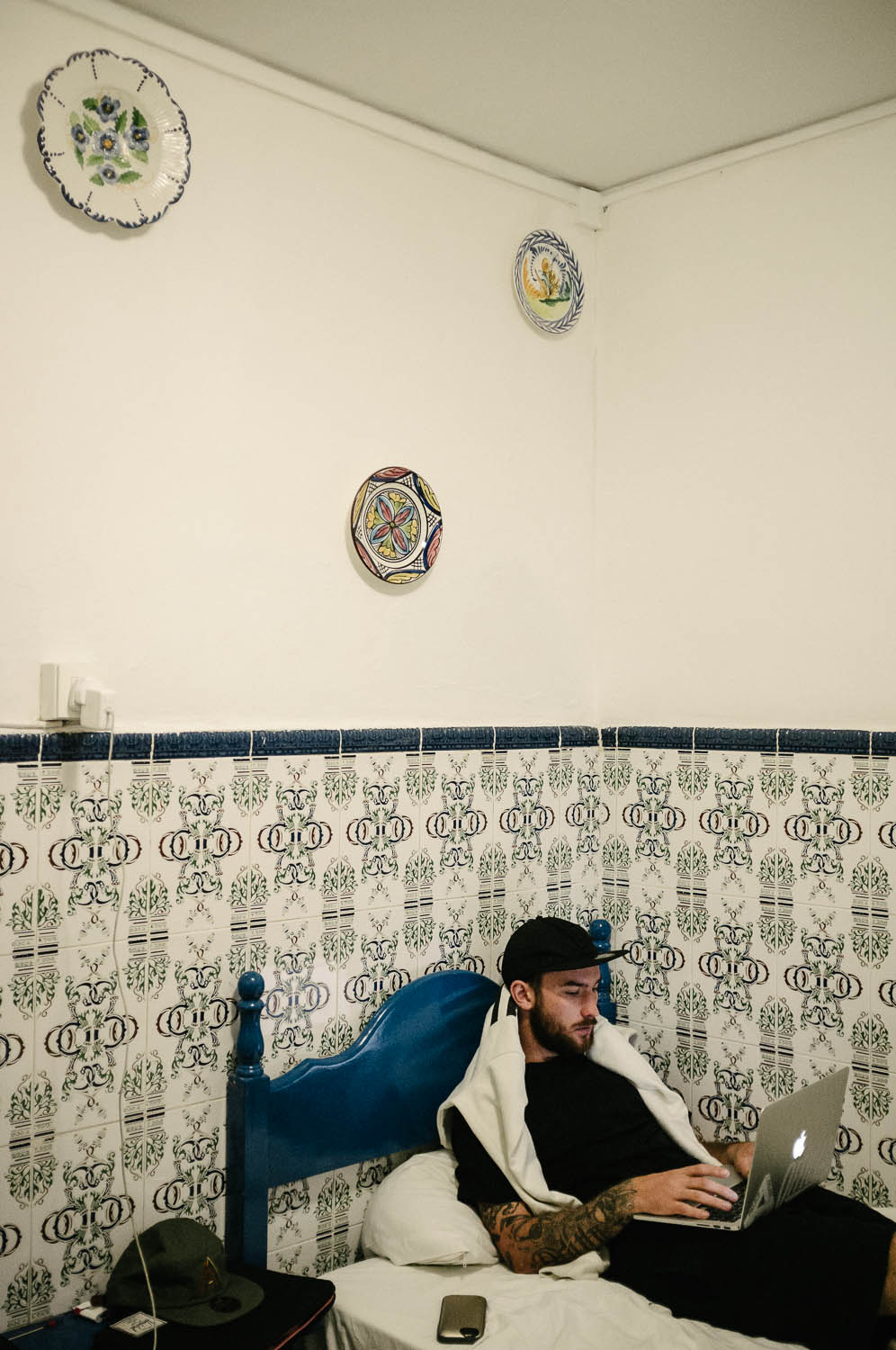 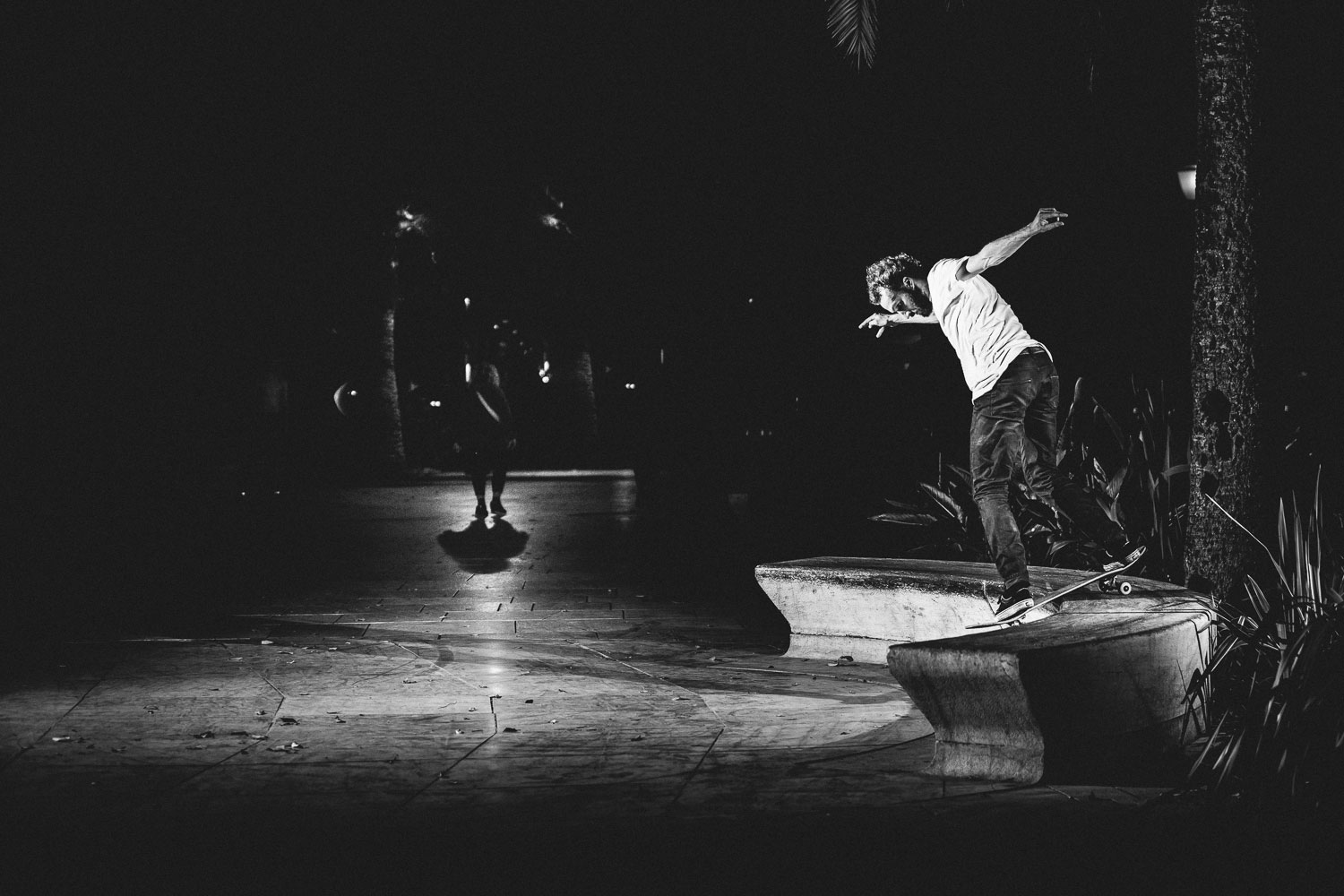 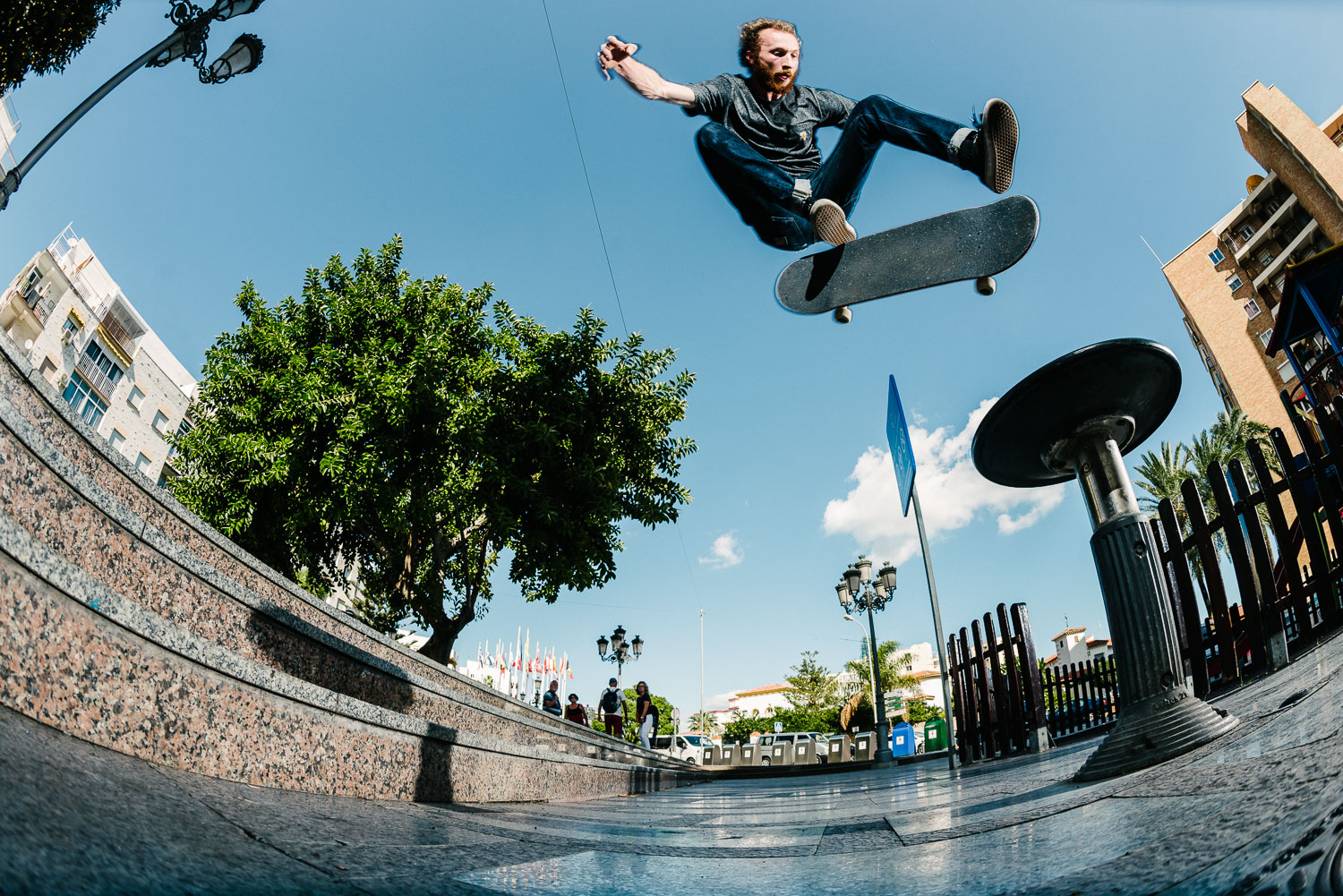 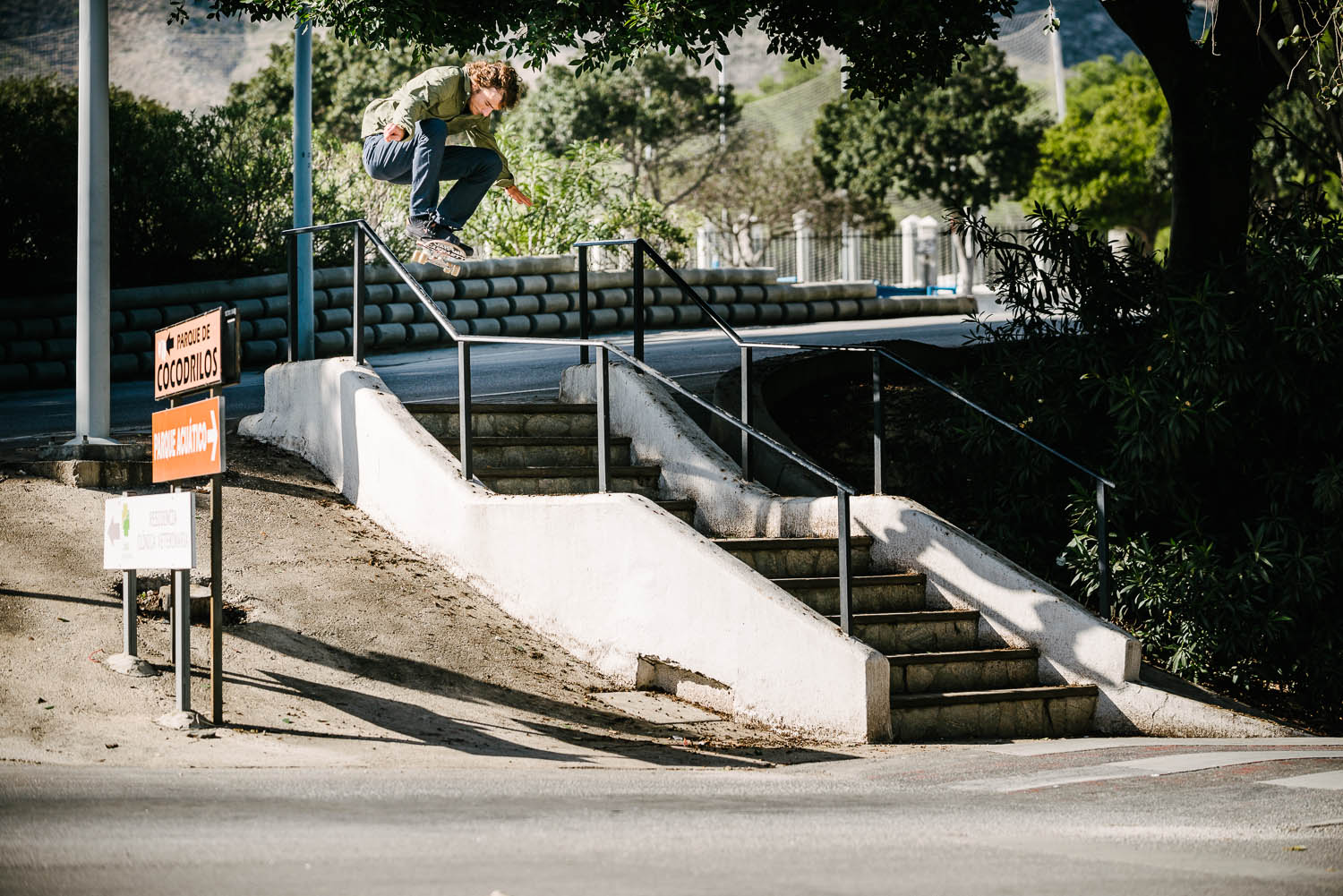 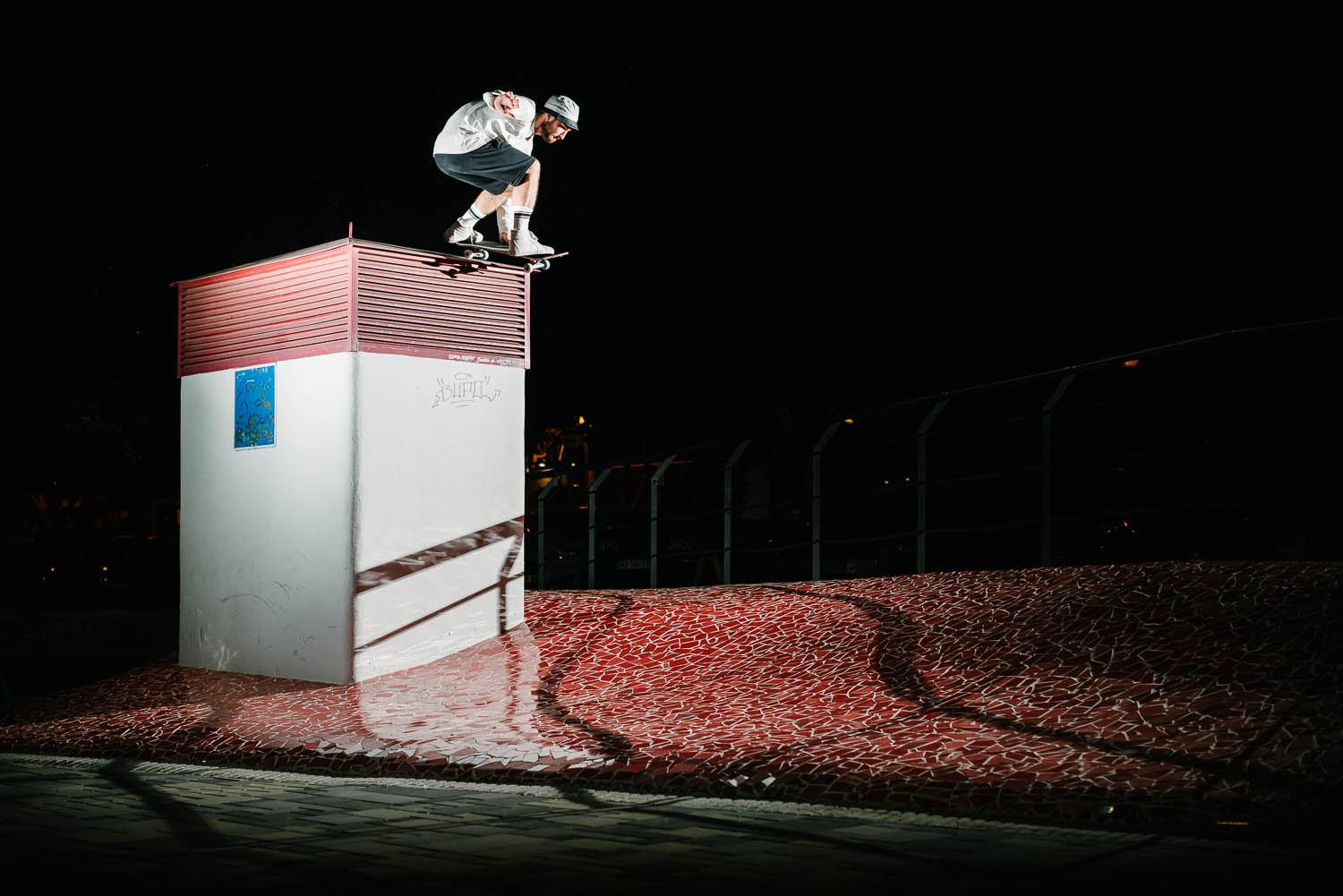 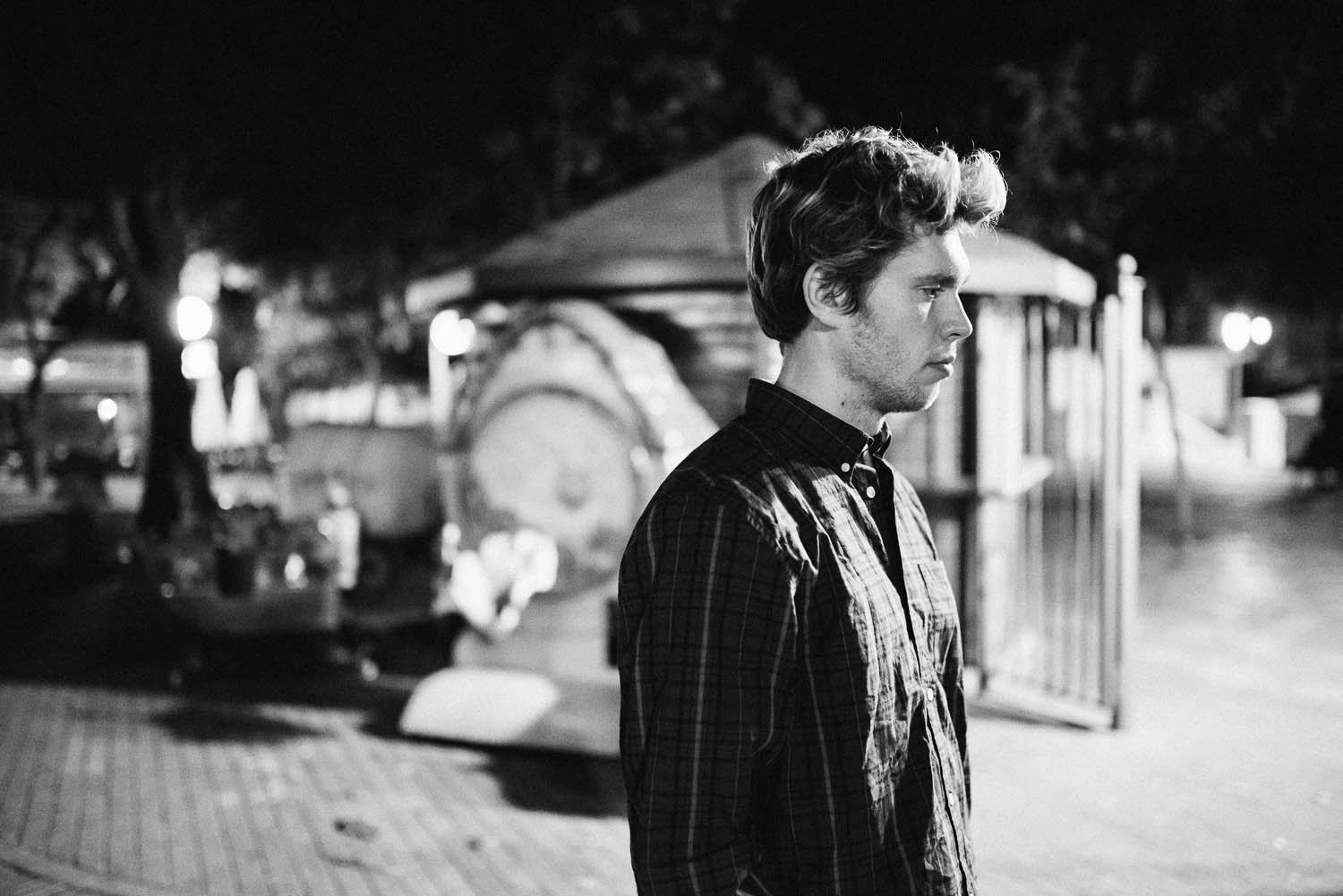 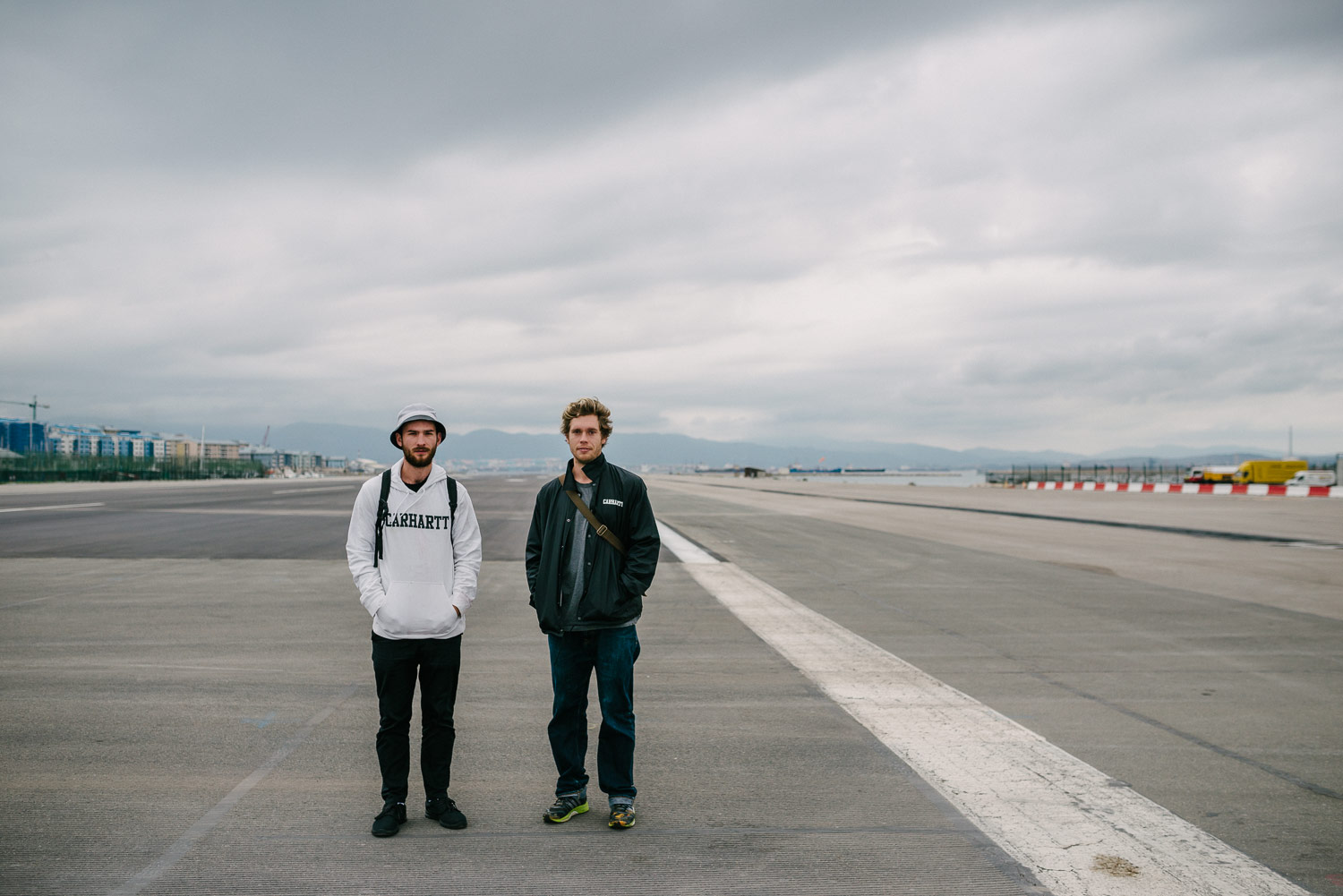 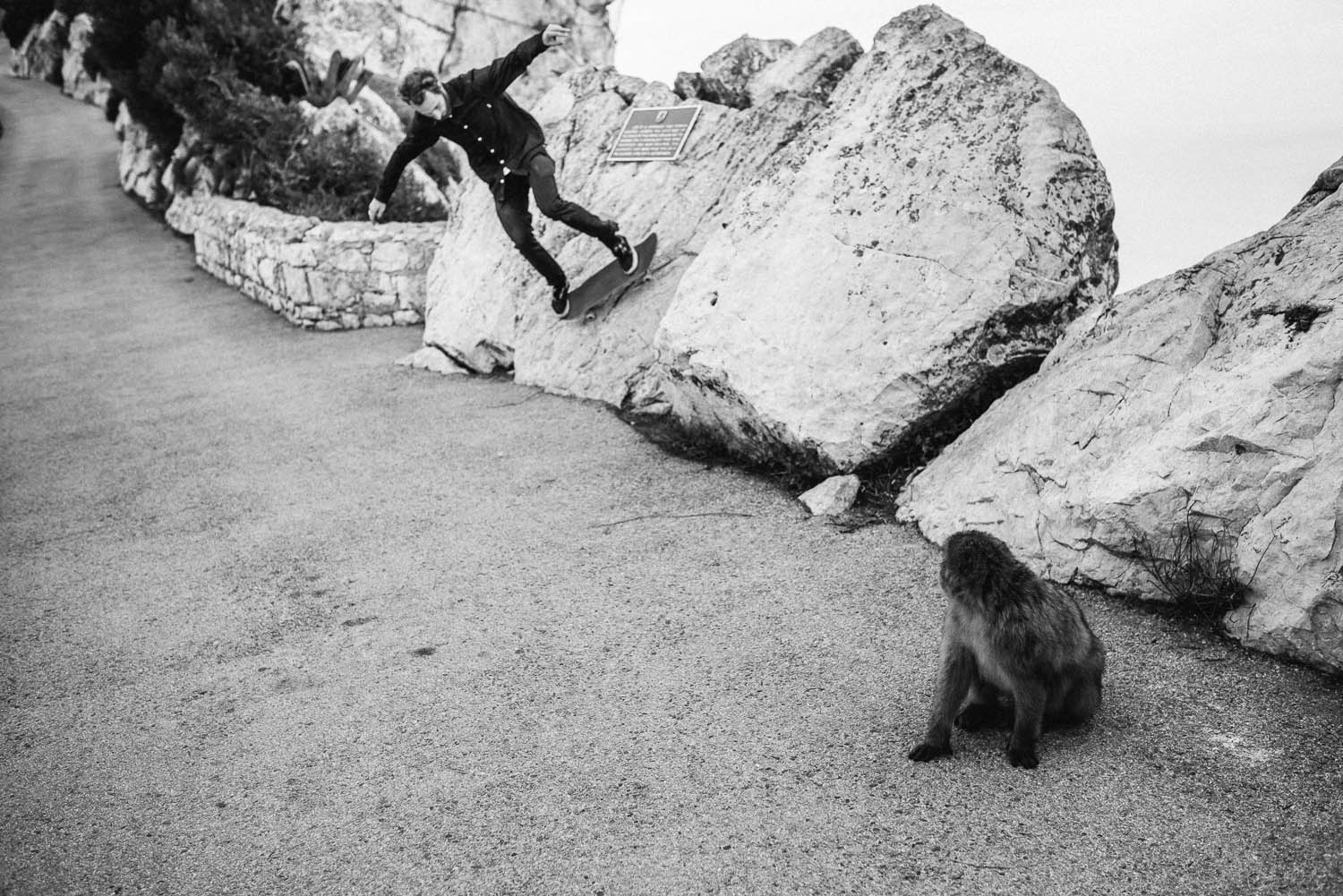 Joseph and friend in Gibraltar, 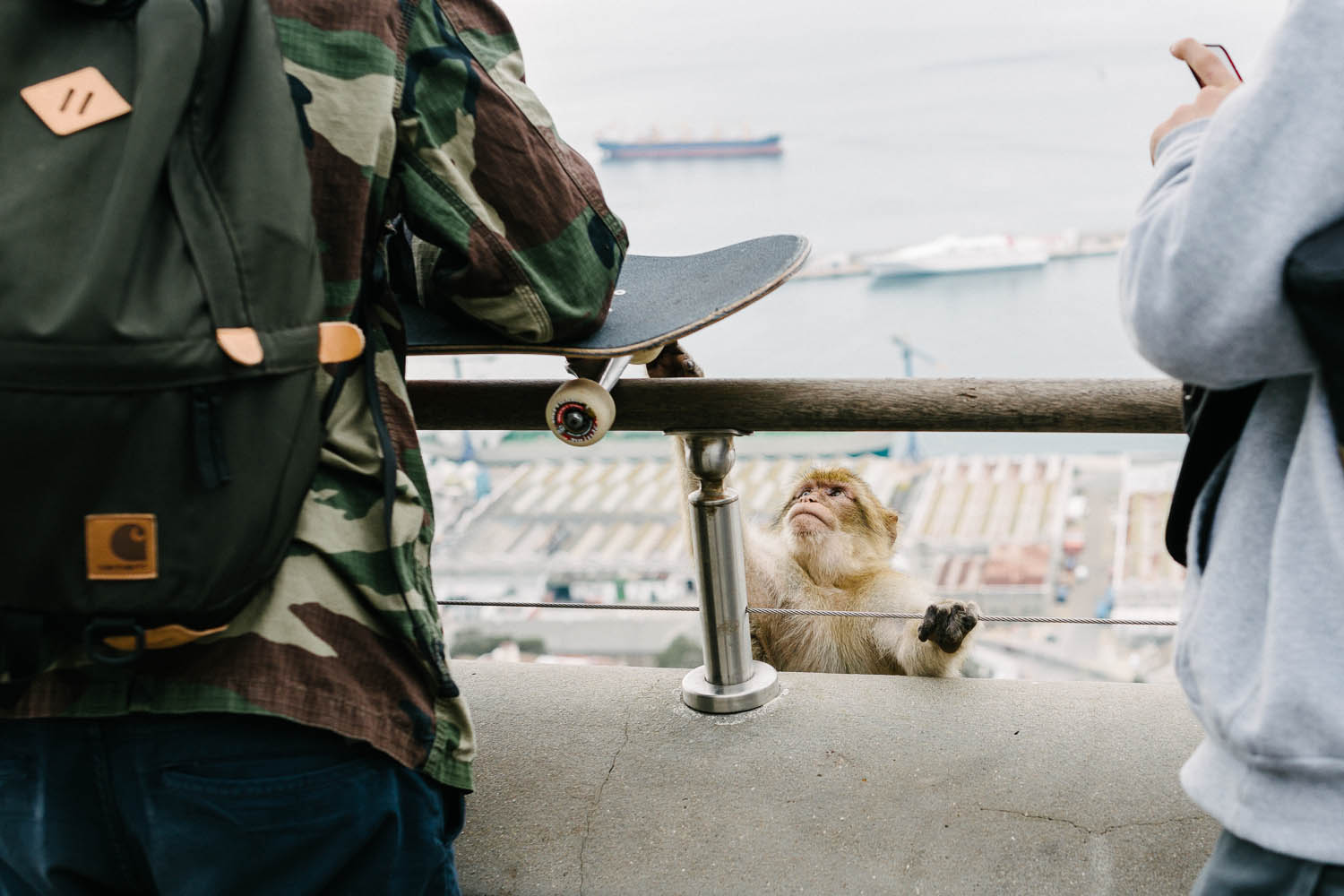 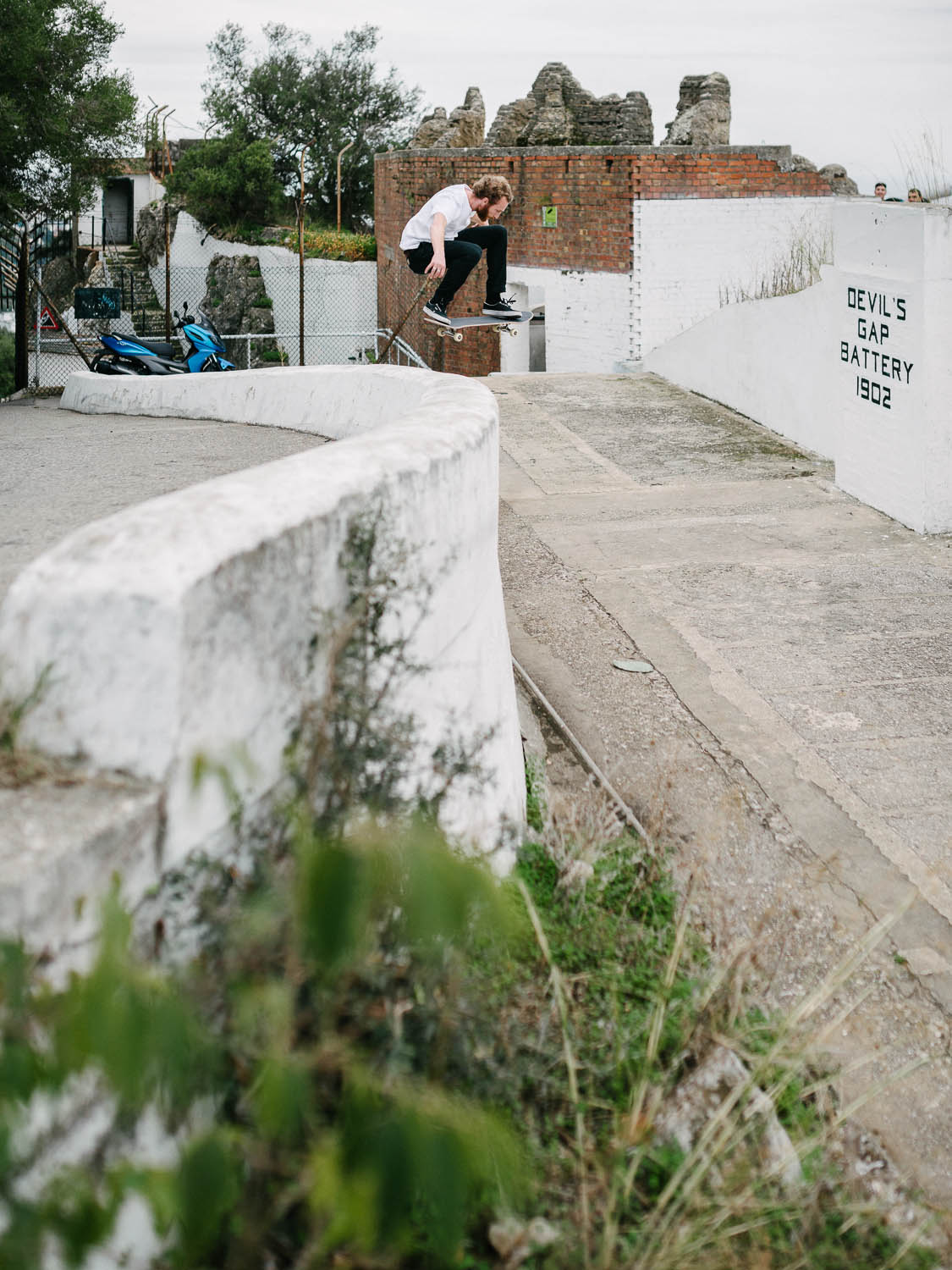 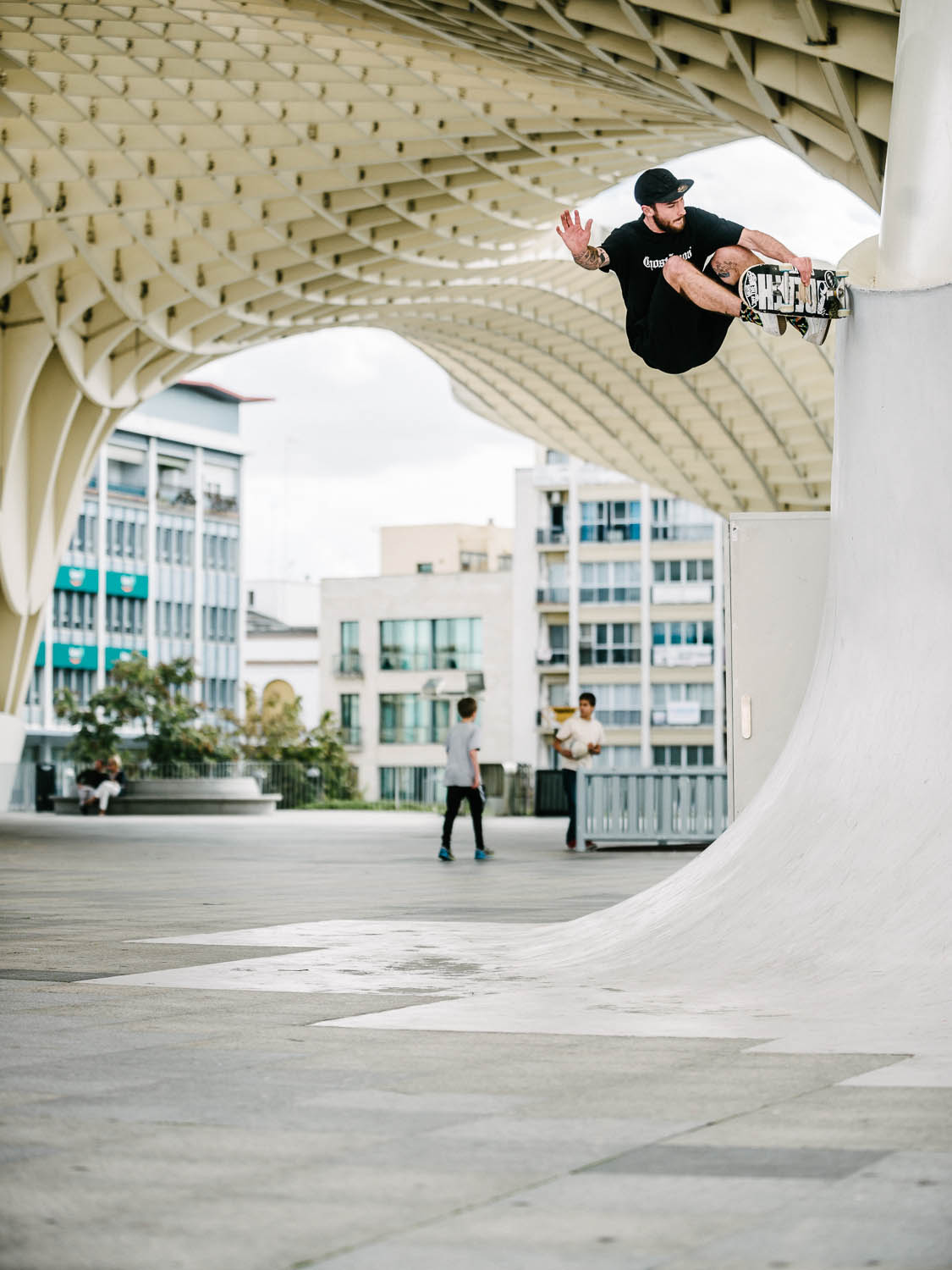