The Filip Almqvist Interview (from issue 5) 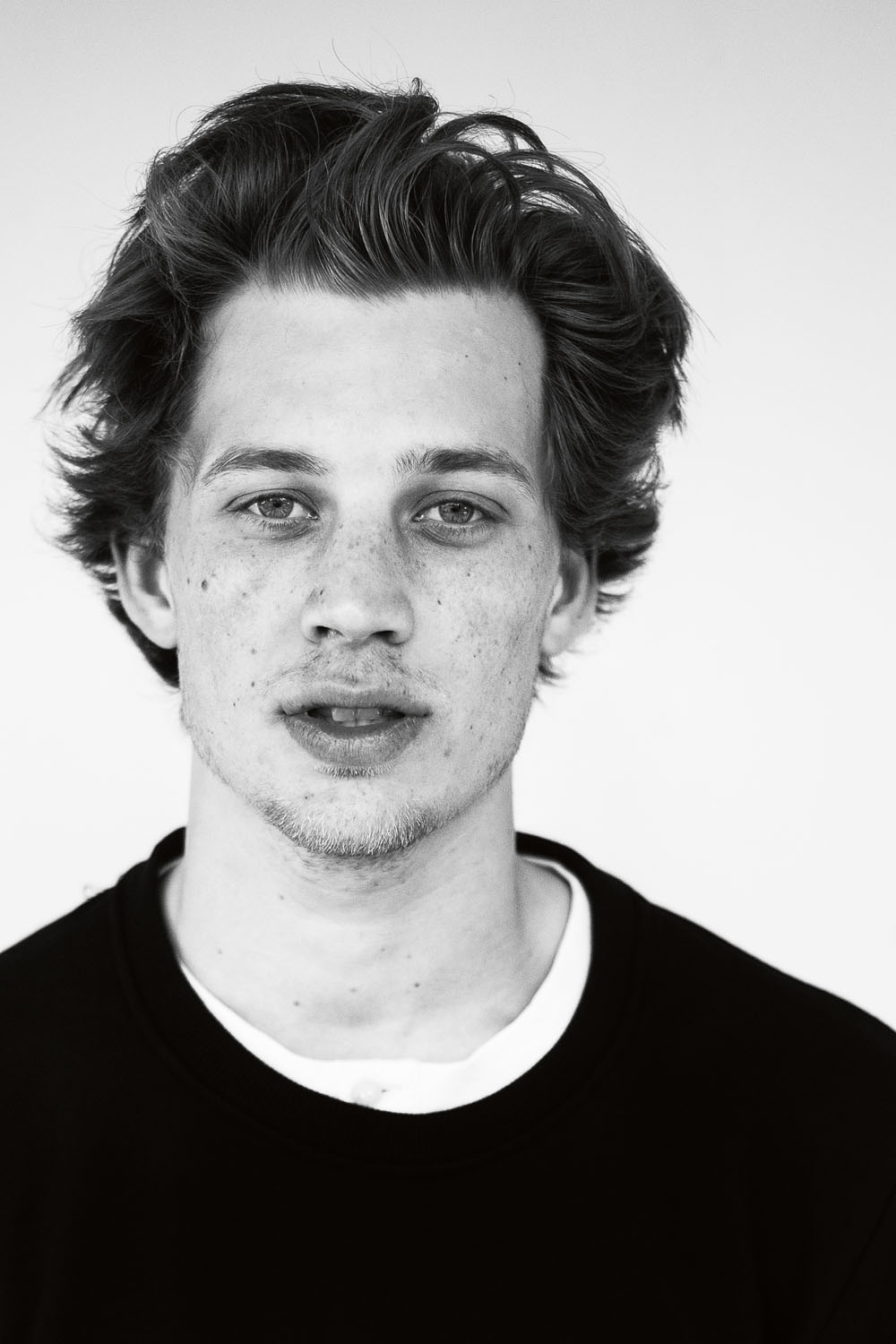 The first time I met Filip was when he went on his first tour with us back in 2006; he was just a tiny little kid. Somehow he ended up spilling Coke all over my griptape so I got mad at him and yelled… That made him really sad and he locked himself in the toilet, haha. But somehow we ended up being homies from that day on and now he´s like my little brother. He´s an insanely good skater, he has good style, lots of pop and he’s got a really fun personality. He´s very hyperactive and he moves very quickly from loving life to just being mad and hating everything. But it only lasts for a few minutes and my best advice to everybody is to just feed him some chips and a Coke, then he´s back in business in no time. Enjoy his interview; it’s well deserved. One love! -Jean-Marc Soulet

Interview and Photos by Alex Pires

Hey Filip, you good?
Filip Almqvist: Yeah I’m all good, just getting back home from my new job. It’s in Rosengaard – you might have heard of it?

Isn’t that where Zlatan (Swedish footballer) is from?
Yep, exactly, there’s this big statue of him with quotes and stuff. People here consider it the hood but it’s quite chill. In Malmö, they would be like: “oh Rosengaard, you’re in for a treat boy!” It’s more of a media thing. Shit happens, but shit happens anywhere. Also I’m working in the kindergarten there, I guess the oldest kid is six; we just play around. 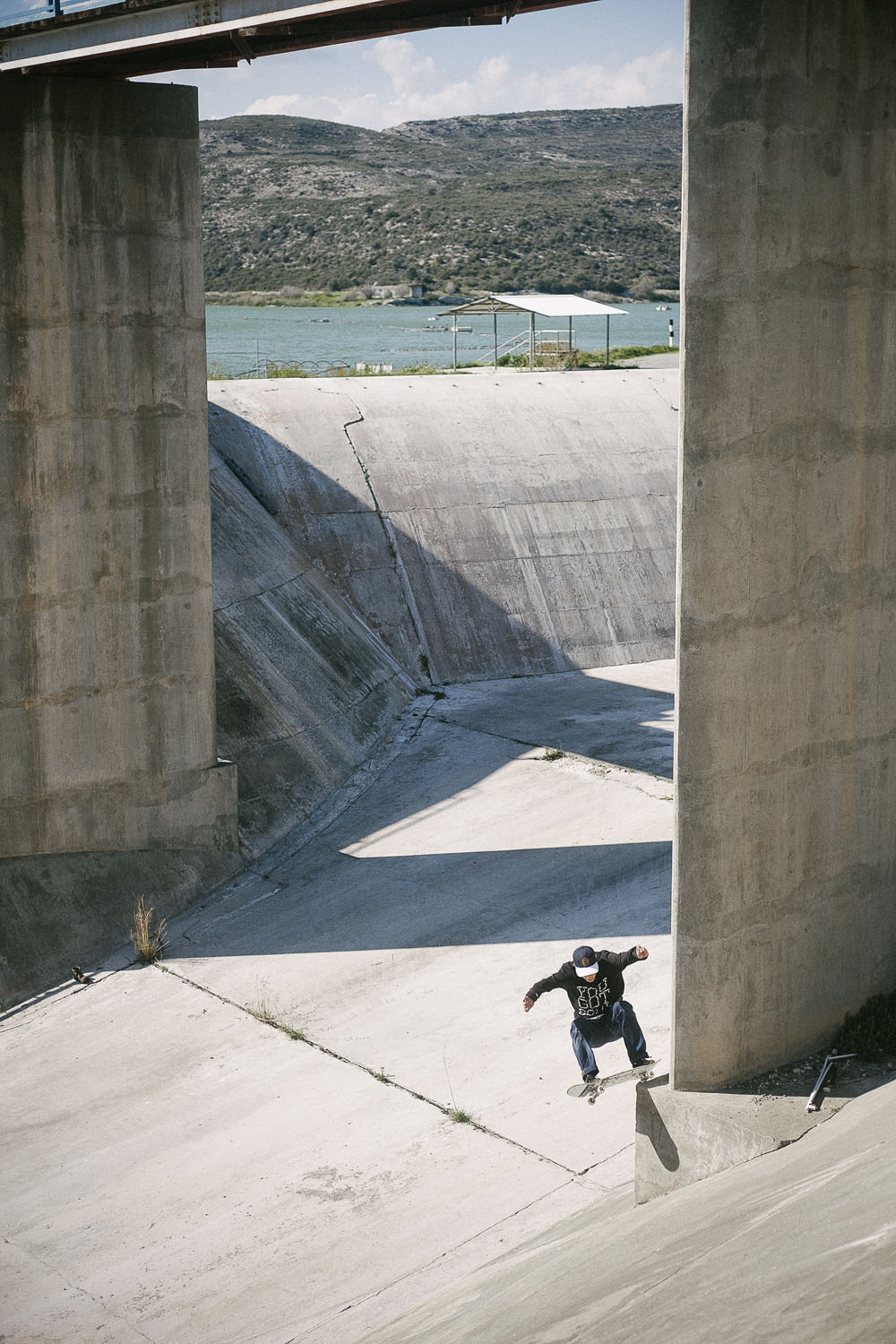 Frontside wallride to 5-0 in Cyprus.

It’s not your first job around children right?
Yeah when I first started working, I had this carpenter job at my aunt’s boyfriend’s business. But I sucked at it so bad; I’m not the DIY type of dude. They were giving me full responsibility and every time I had to redo things over and over again. I worked briefly in a school after that and I really enjoyed it. I’m much more happy with this new job and you get to learn so much from kids too – they’re so honest.

You’re one of the few people I know that decided to quit paying sponsors. How did this happen?
Yeah it was quite a tough decision to take but I’m happy I quit. It’s not about getting paid it’s just that I was not feeling the way things were going. All those guys were and are still my friends; it’s just the direction the company was taking that I was not feeling. Once the vibe is not there anymore, you start losing motivation and it just feels wrong. We were told to focus mainly on social media at all times and I guess some people deal with that really well and some others just don’t. 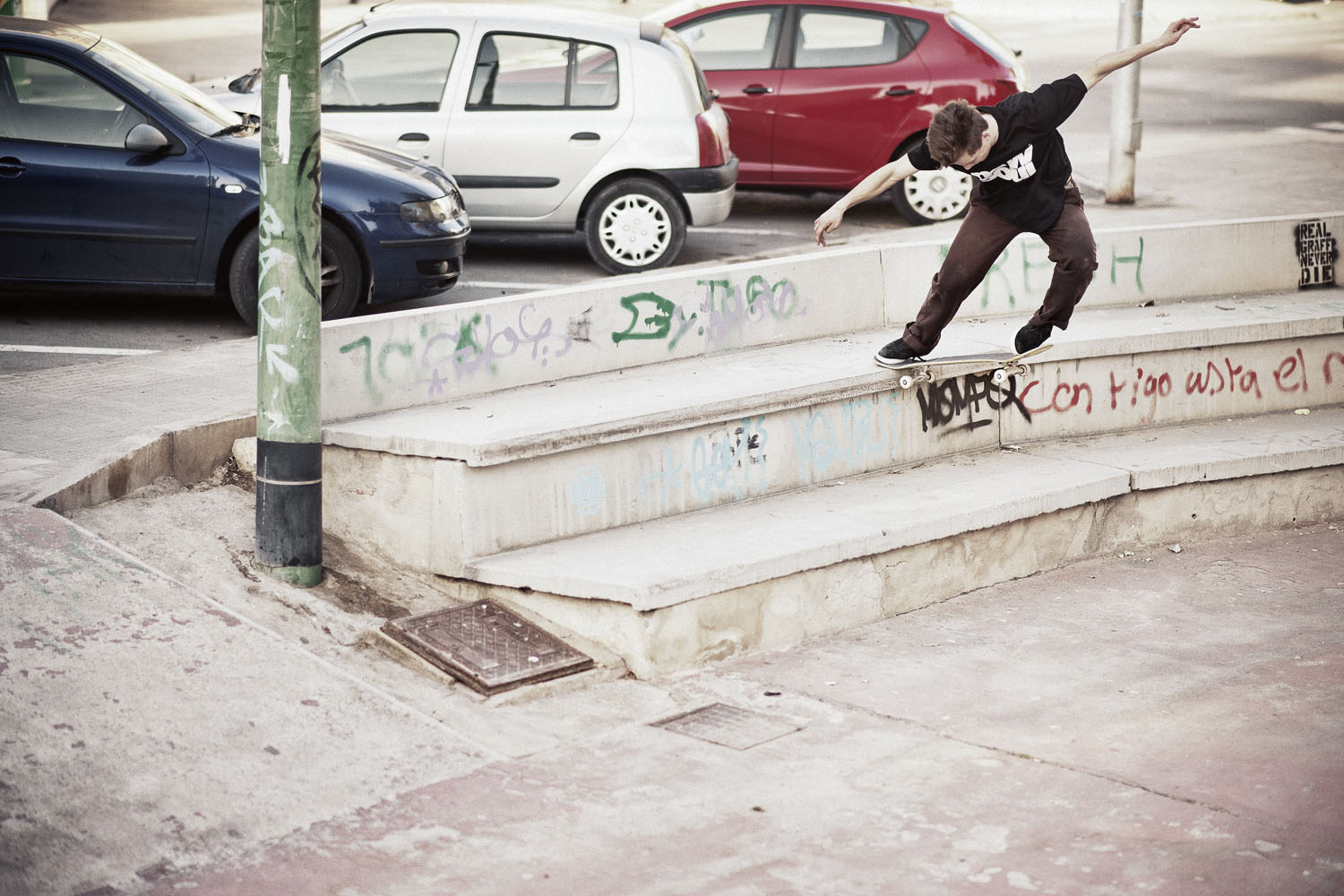 Frontside noseslide popping over the step to fakie in Alicante.

What’s your take on social media then?
It goes both ways… I really enjoy Instagram clips and doing some as well, but it’s not like you want to put it all away on the Internet right away; it’s always nice to keep some and try to gather footage together. The other thing was this Snapchat thing, kids were allowed to ask questions and we would answer them. But those questions were ranging from what board to buy or what tricks to learn to what’s your mother’s name or even questions about when the first time we had sex. It just goes too far, you become the kids’ toy in a way. In those cases I’d just feel weird and go hide somewhere quiet.

Ah! That’s another thing with you that I can remember, you get quite your highs and lows right?
Haha, yeah I guess I have quite the big dose of ADHD. I’m still trying to figure out how to deal with the lows but it’s coming! I can be super hyped for a while and then all of a sudden it’s the total opposite, but don’t worry, I just find a quiet corner and stay still for a bit. It never lasts too long and five minutes later I’m back up and running. 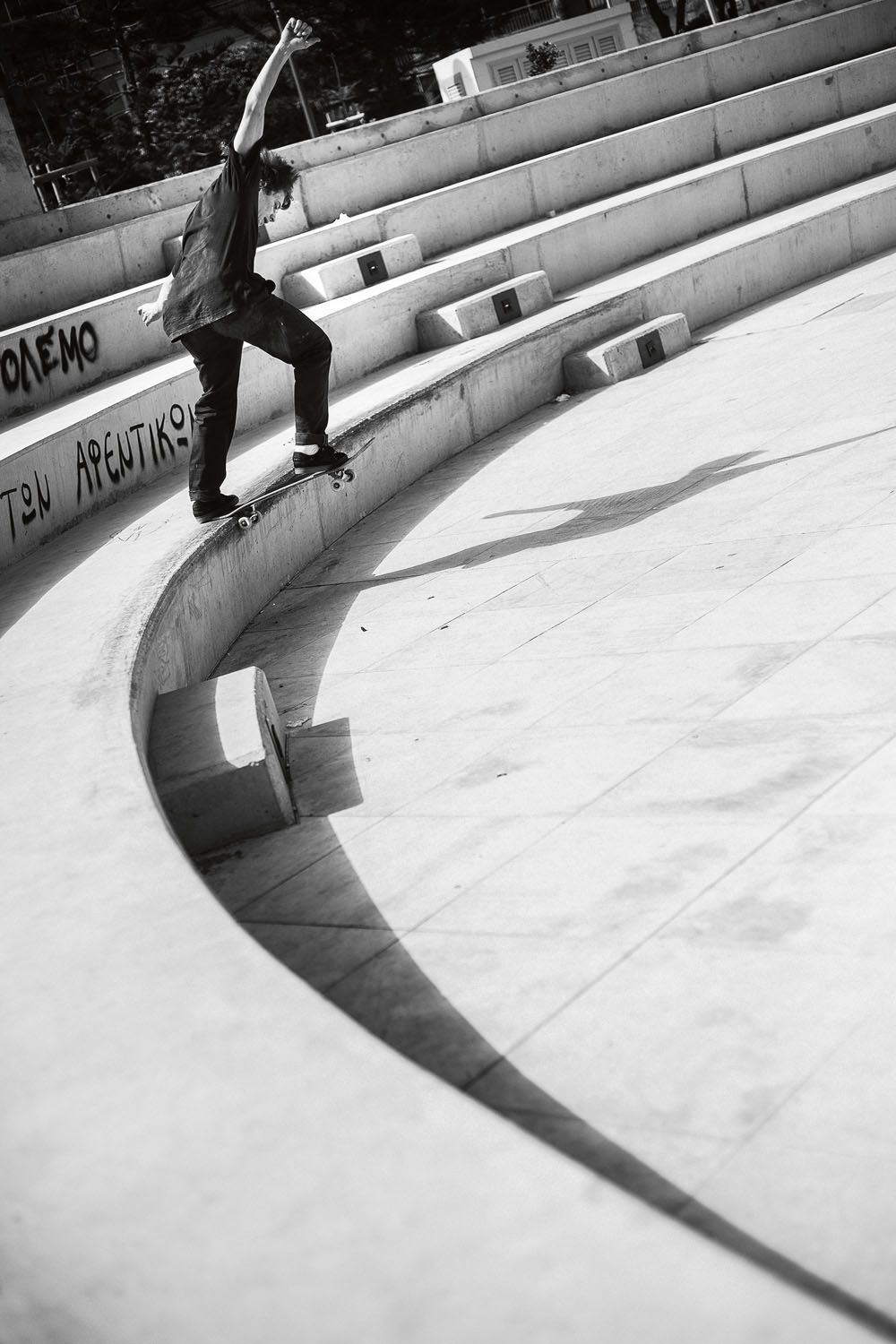 Backside tailsilde over both steps in Cyprus.

Safe! What’s this click I keep hearing?
Ah man, I’m playing video games at the same time. Do you want me to stop?

Nah, all good! Should have guessed, I forgot about that. You guys even brought a gaming keyboard on a trip! Not the usual artsy “I’m gonna bring my guitar or my cameras” I must say!
(Laughs) Yeah fuck that! I love gaming. I used to be the nerdy guy in school; I even had to hide video games I just purchased from the shop in my pants so I wouldn’t get bullied by the football type of kids. I’m open about that now. It got quite excessive with the whole World of Warcraft thing but I’m chilling now – I don’t play that game anymore. It ends up costing you quite a lot of money too! But I still play a lot of other games; it helps quite well with the whole ADHD… That’s my therapy!

Weather shouldn’t help much either I guess. How bad is it in Malmö now?
Not that bad actually. It’s just not really dry yet, but super windy. So quite shitty I guess. But it’s not that bad since we’ve got Bryggeriet here. They open till late and most of the kids go there while they have school so it’s rather chill in the evenings. A month from now it’s going to be skate-able outside again. I’m really glad I moved to Malmö.

Is it like the hot spot in Sweden right now?
Well I don’t know about that, it’s just a great city to skate. It’s smaller than Stockholm, and there’s so many good people doing the right thing here. There’s also this guy Gustav Eden working for the city, every time they rebuild a square or something, he always tries to pinch in skate ideas in there. And the city is really open about that. If you’re a skater and you want to try something new you should definitely come to Malmö. 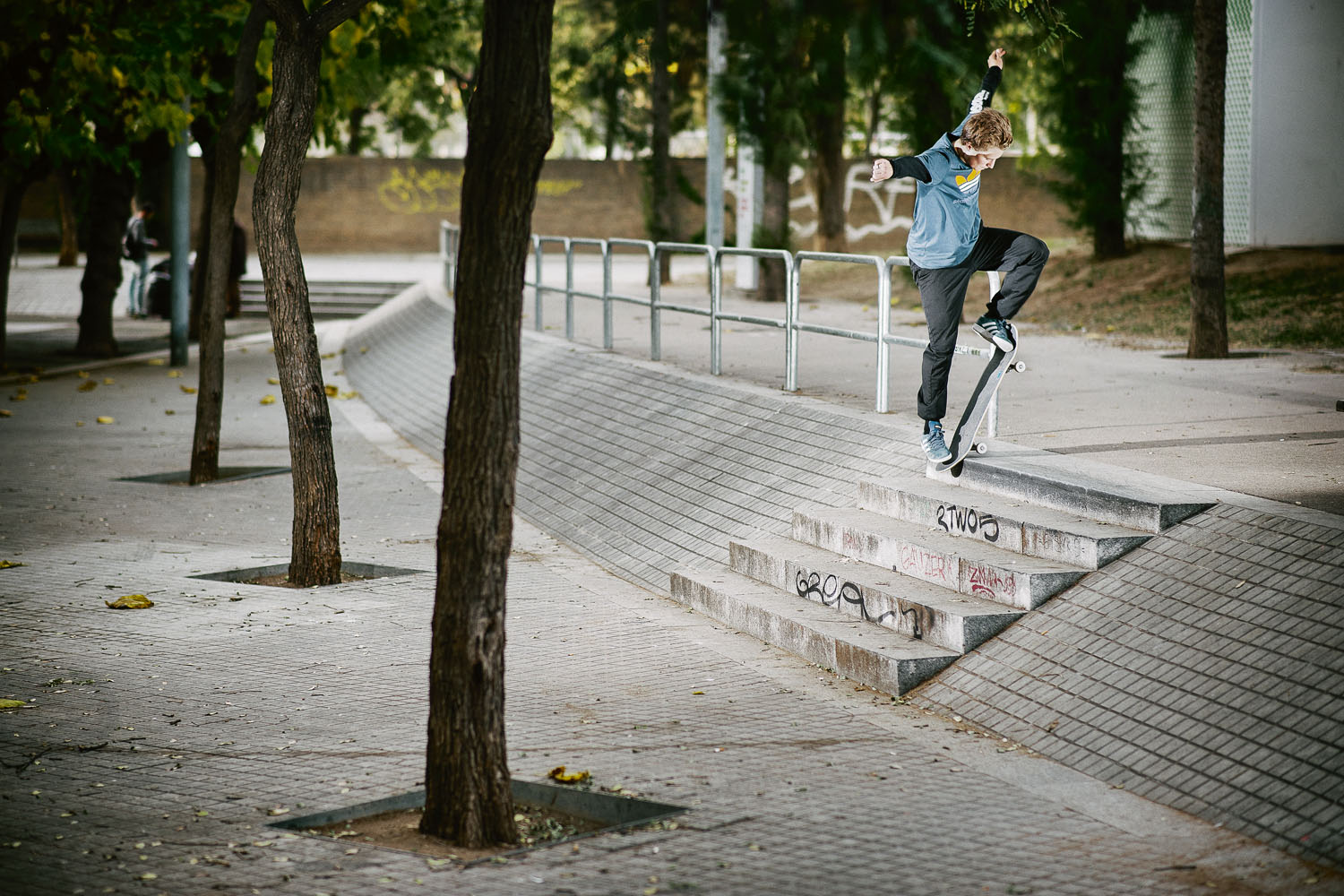 Switch frontside bluntslide back to switch in Barcelona.

There’s still a bunch of Swedish skaters living in Spain. You also tried Barcelona right?
I went there for a bit more than six months and lived with Lomar, Nisse and those guys. They’re my friends and I really like skating and hanging out with them. I mentioned vibes earlier, those guys are doing it right and I was really stoked to be there then. It was nice to try something else other than Sweden for a while too.

Tao (Tor Ström) told me to ask you about the carpe diem mattress?
That’s another thing about that time… We moved in to a flat where the owner left this child mattress and I had those sheets my grandma gave me that had carpe diem written on them. I slept on that thing during my whole stay. Not the best housing situation but I must say we were drunk most of the time so it didn’t really matter in the end.

So what’s up with you and Tao?
Ever since I moved here (from Simrishamn, Sweden) we started hanging out more and we’ve been filming quite a bit. We’ll see where it goes. That’s another thing about Malmö, there’s so much more motivation than where I come from. It’s so much better.

What’s your daily routine then?
Because of the job, I have to wake up quite early but I’m done by 5 o’clock and then I go to Bryggeriet. I just can’t wait for the weather to be better so we can go back to Swampen.

Is that the mushroom spot?
Yeah, it’s kind of our Macba or like République for you guys. I’ve got to give a shout-out to the Swampen! Calle, Danny, George, Slomo, Axel, Erik, Tom, Guldpappan, Jerven, Spängan, Koffe, David… Fuck I don’t want to forget anyone! But yeah that’s our crew. There should always be someone grinding the curb!

Any plans ahead?
Well I just got that new job so I guess I’ll be busy with that until the summer, but they have this really good substitute system… So if it’s ever my turn to go touch the curb at Swampen, I can always ask for someone to fill in for me in the hood! 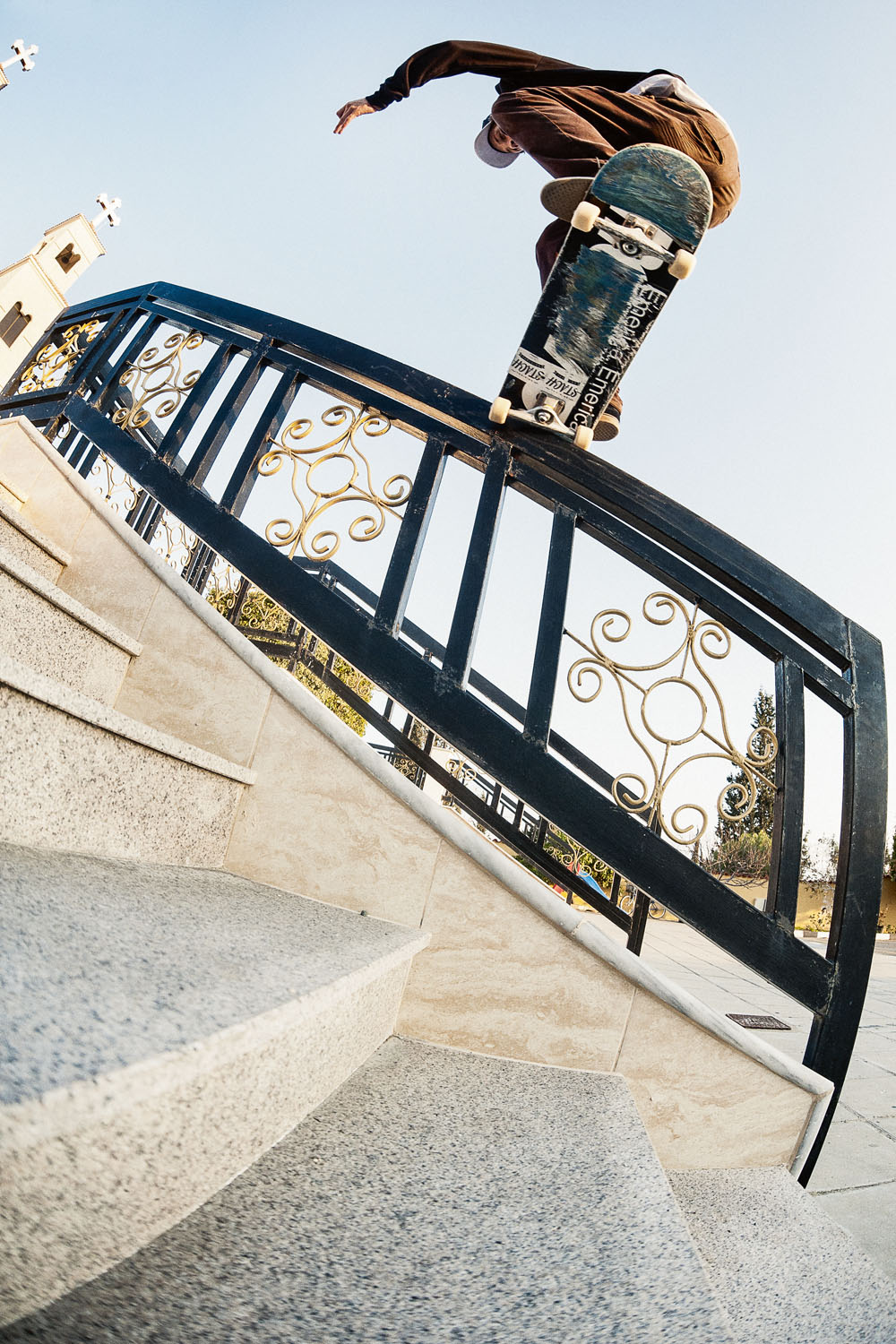