Pro Bono is the seventh movie from the Helsinki based ITÄ crew. You may remember their last video (Way Below Average) that Eniz Fazliov and Dallas Rockvam shared and insane part in…
Anyway here’s what ITÄ’s main man (and all around legend) Samu Karvonen had to say about their new vid: “We just like to skate and every now and then point cameras at each other. And having good premieres. We like those as well. Maybe in the future we won’t need to make videos to have a good premiere parties? Videoless premiere parties… I think I’m on to something here… Let the future show us the way.”
Below is a list of the riders featured in the vid and if you keep scrolling down you’ll find some of Samuli Härkönen’s shots from the premiere DIY session. While most of us think of premieres as an excuse to get drunk and pile out these guys build quarters and organise jams… Pretty inspiring. 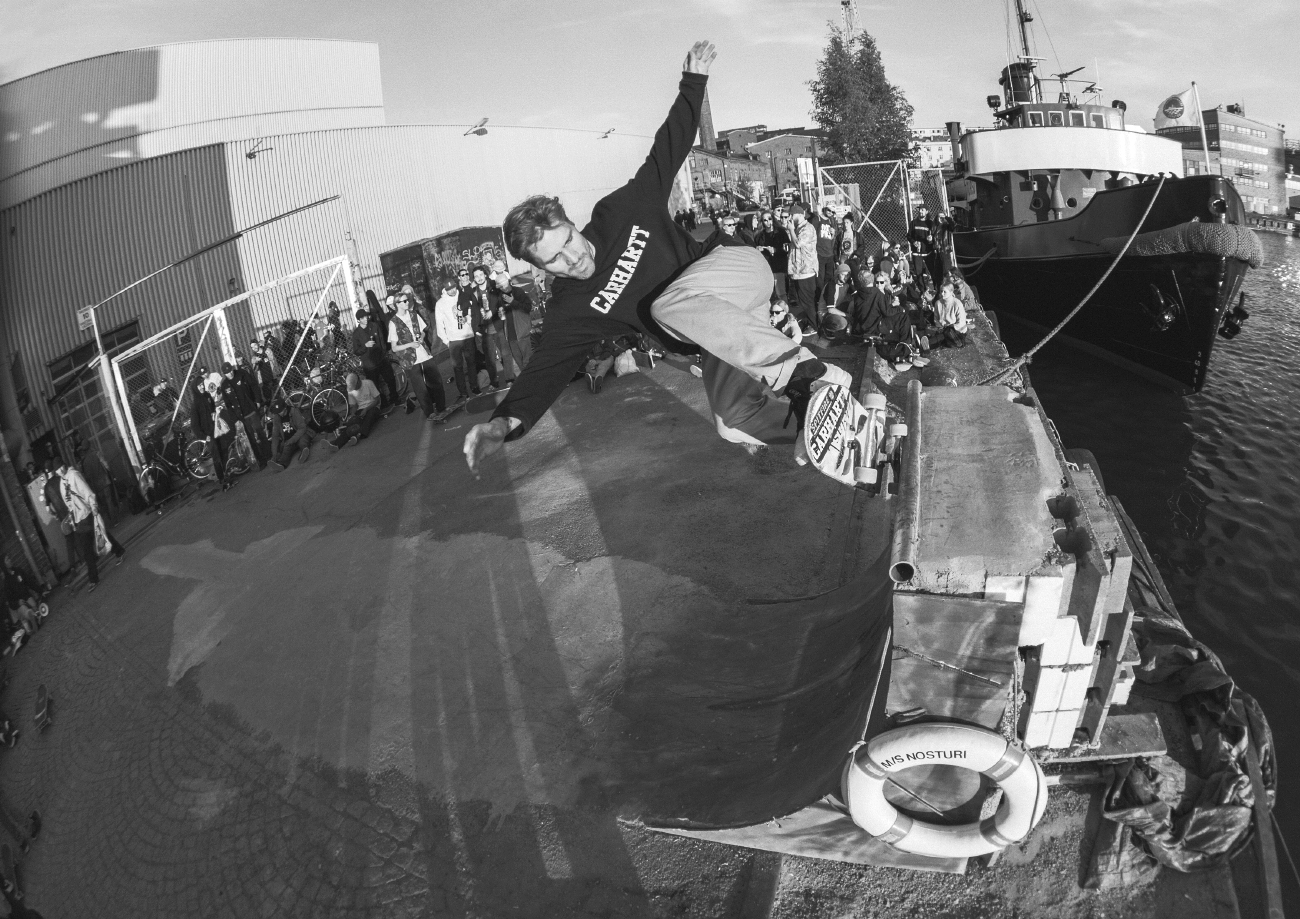 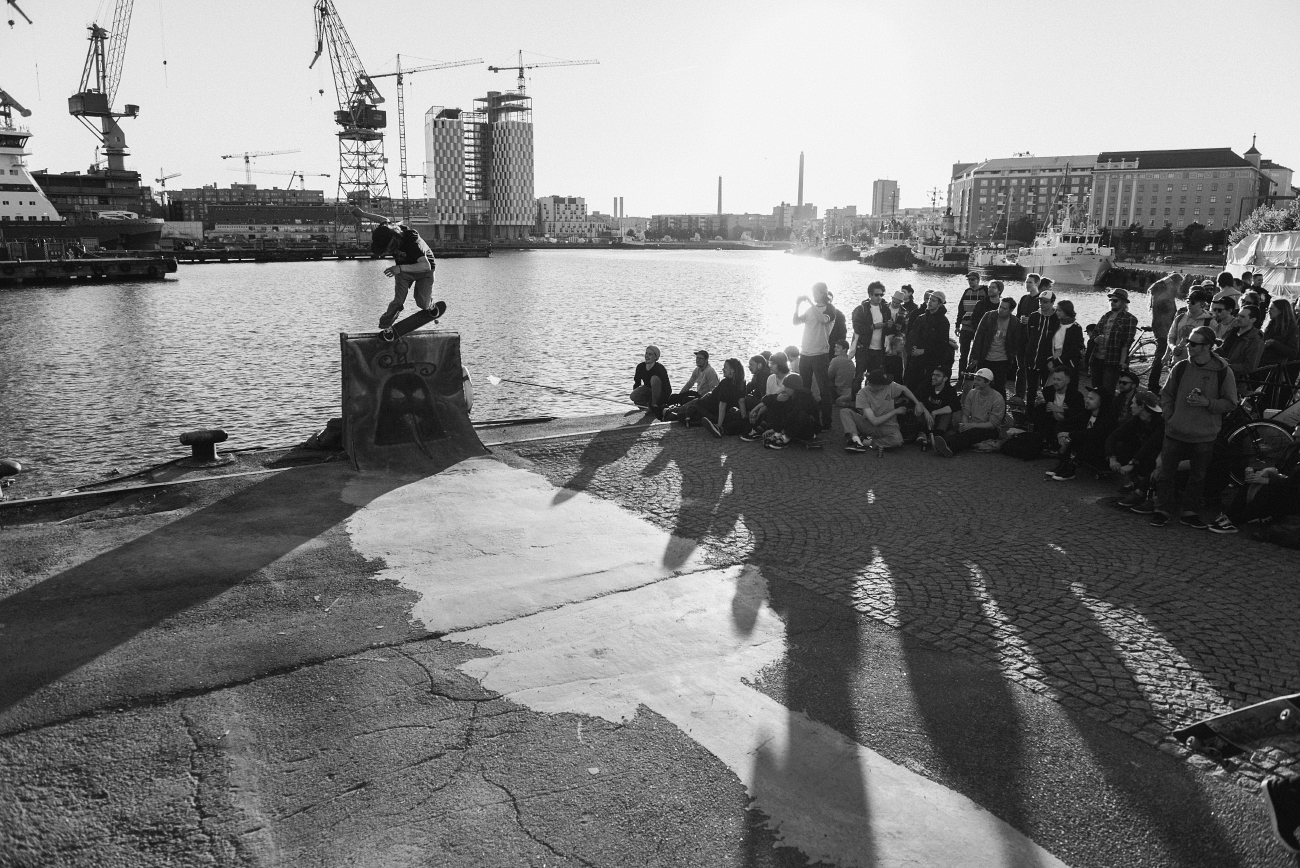