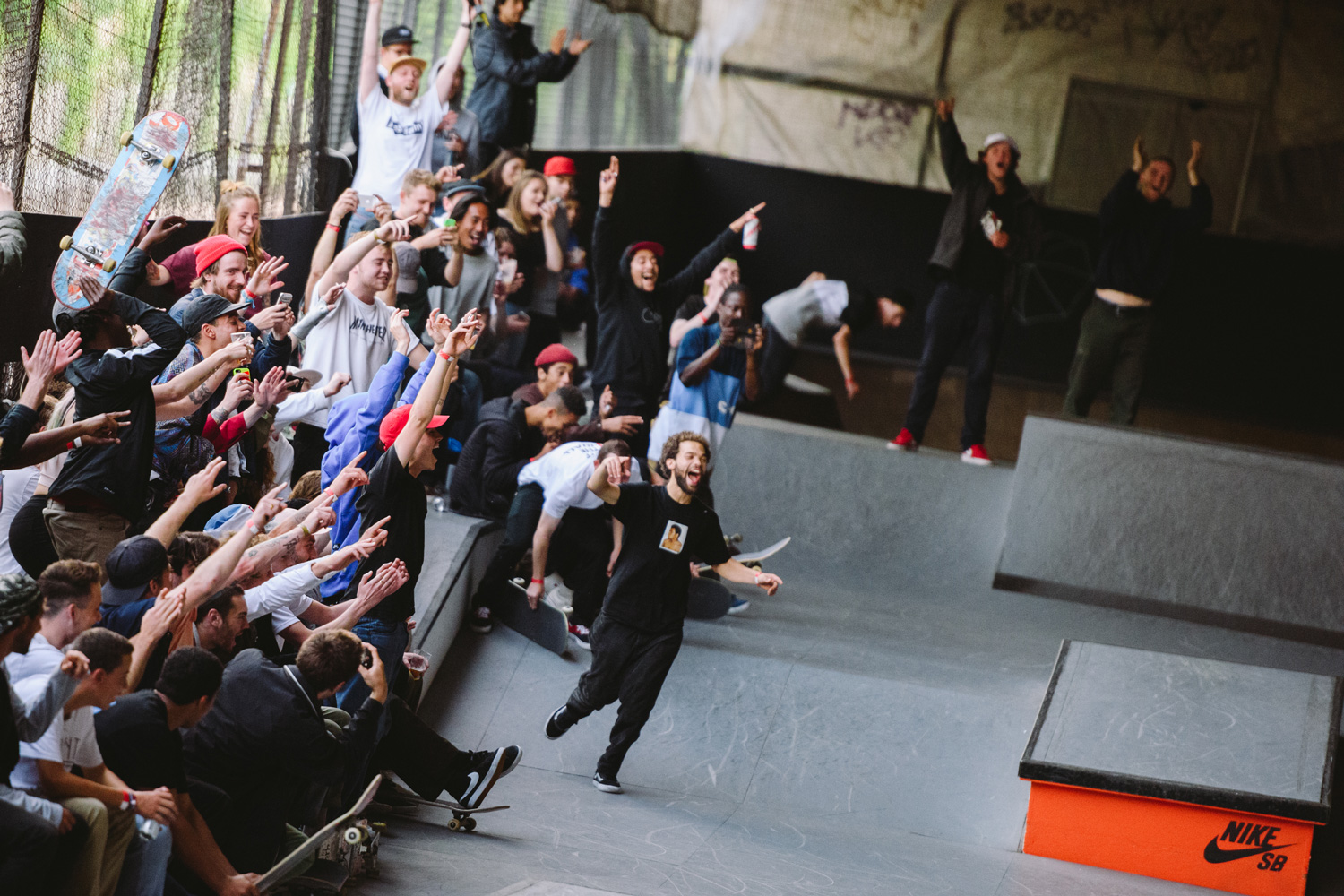 As you probably all know by now this year’s edition of The London AM seriously went off last weekend. BaySixty6 was packed with hungry rippers from around Europe, all battling it out for that €3000 first place cash purse. The comp of course followed the same 3 minute jam format as the previous stop of the European Series only this time it was ended by three separate best trick comps: one down the double set, one over the pyramid and one on the park’s new China Banks obstacle.

This thing looks fun but it’s extremely treacherous. Even guys like Robin Bolian or Fernando Bramsmark were having a hard time with it at first and Casper Brooker took by far the gnarliest slam of the weekend on it. Below is a beautifully captured attempt of his ollie out of a 50-50 and into the concrete quarter behind it (photo by Buddle). Poor dude dislocated his finger on this one, forced it back in, gave it another go and took the exact same slam. 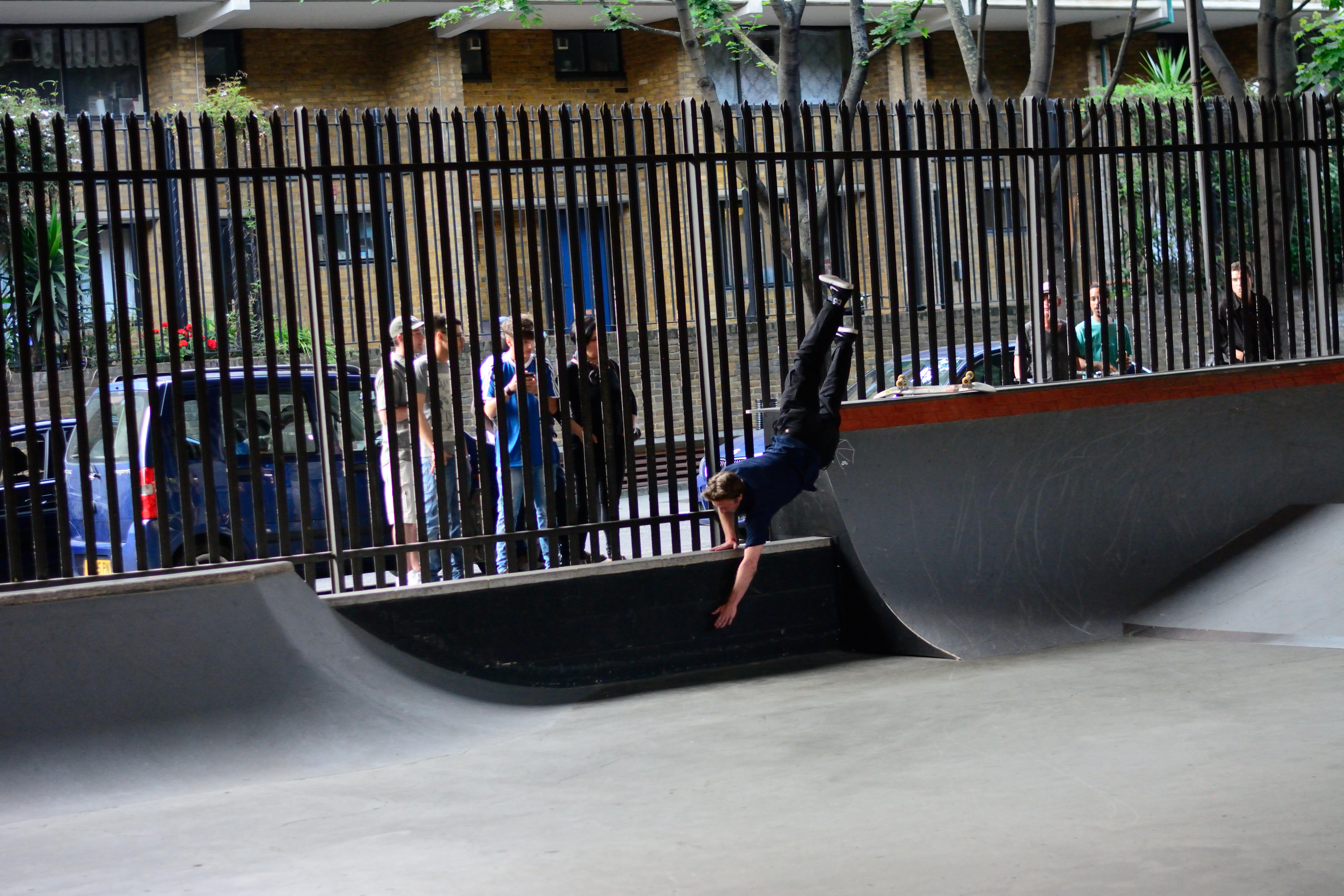 Obviously after a while people got used to it and in the last 5 minutes of “best trick time” it got absolutely destroyed: 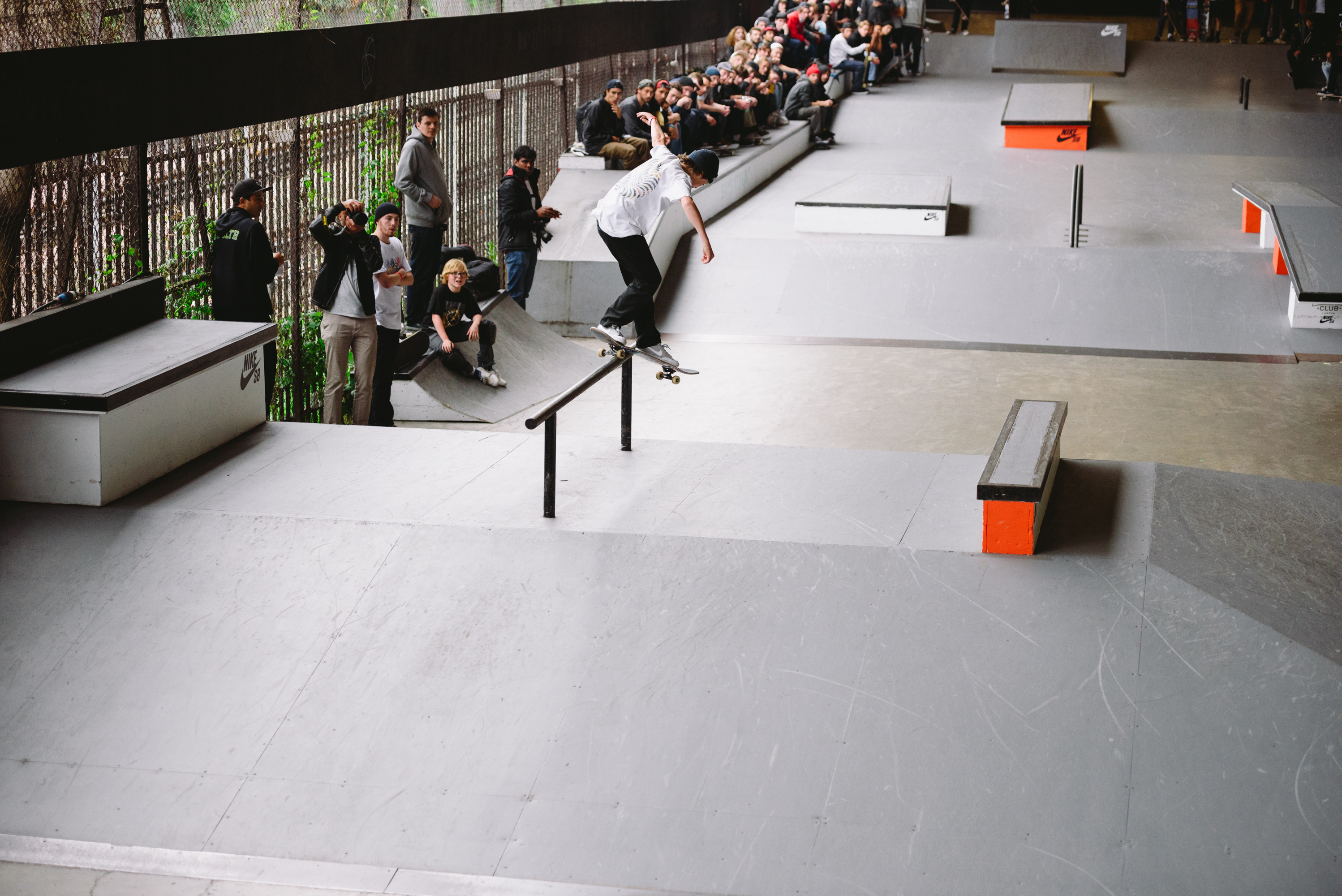 This is Jonas Carlsson. He’s 13, from Norway and qualified first on the Saturday. It was fucked: 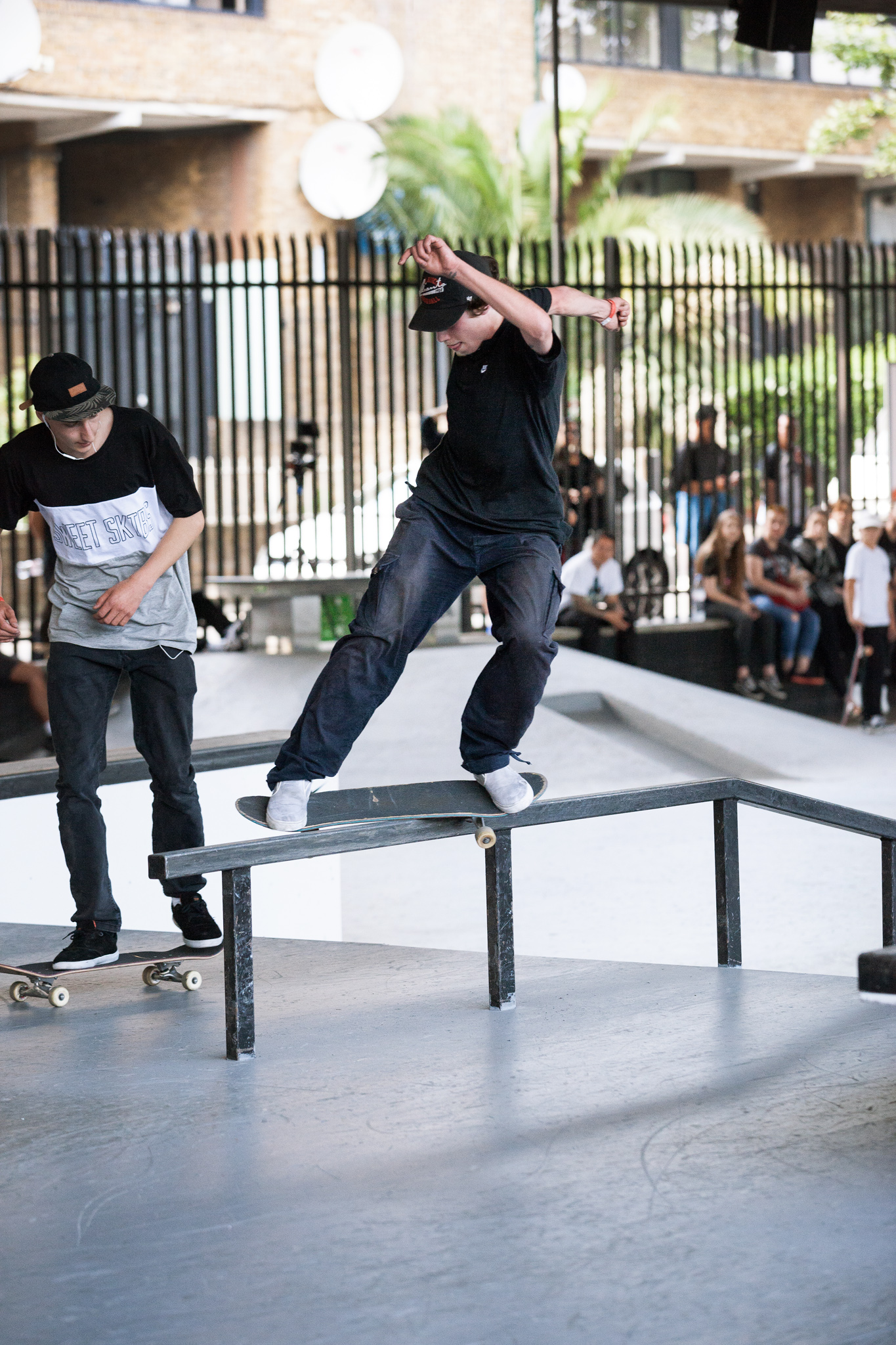 I think it’s pretty safe to say that deep down most of us wanted Jacopo Carozzi (here doing a nollie 180 switch feelble revert) to win this one. The dude has the sickest loose style, improvised his whole run and came through with the best trick selection of the weekend. 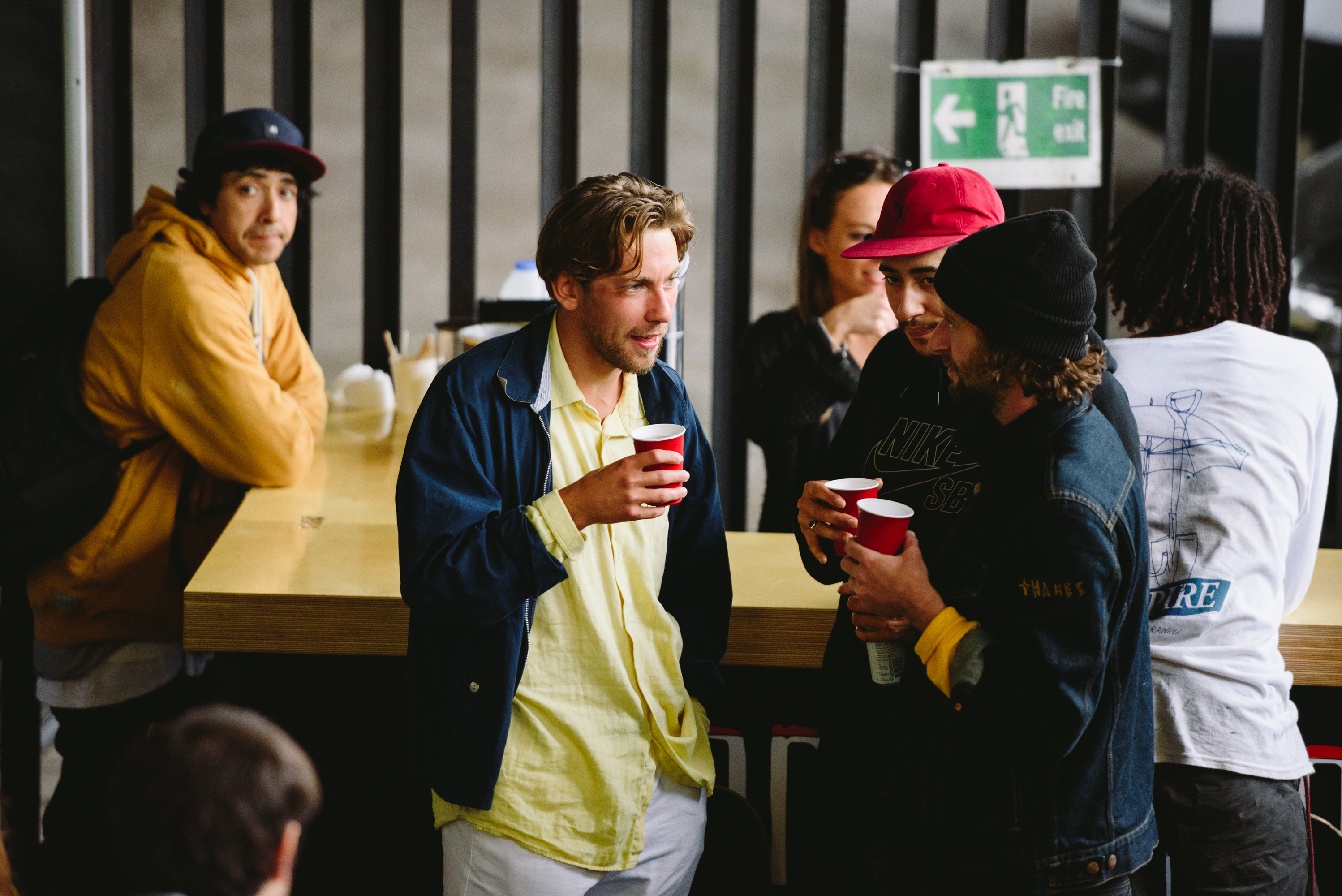 Chris Jones sessioning the free bar and looking like he just stepped of his yacht. 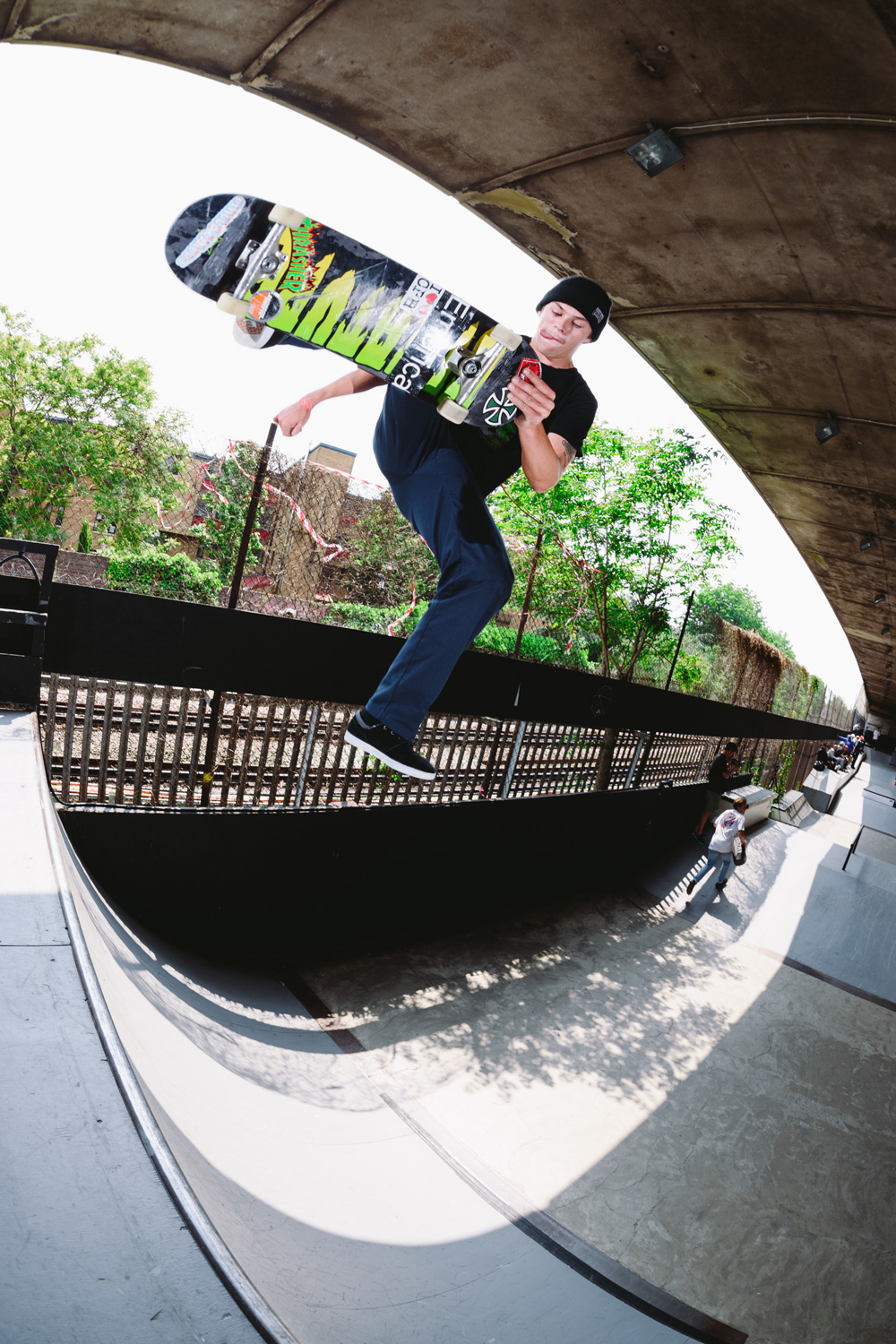 Kevin Baekkel with a head high madonna out of the big quarter. 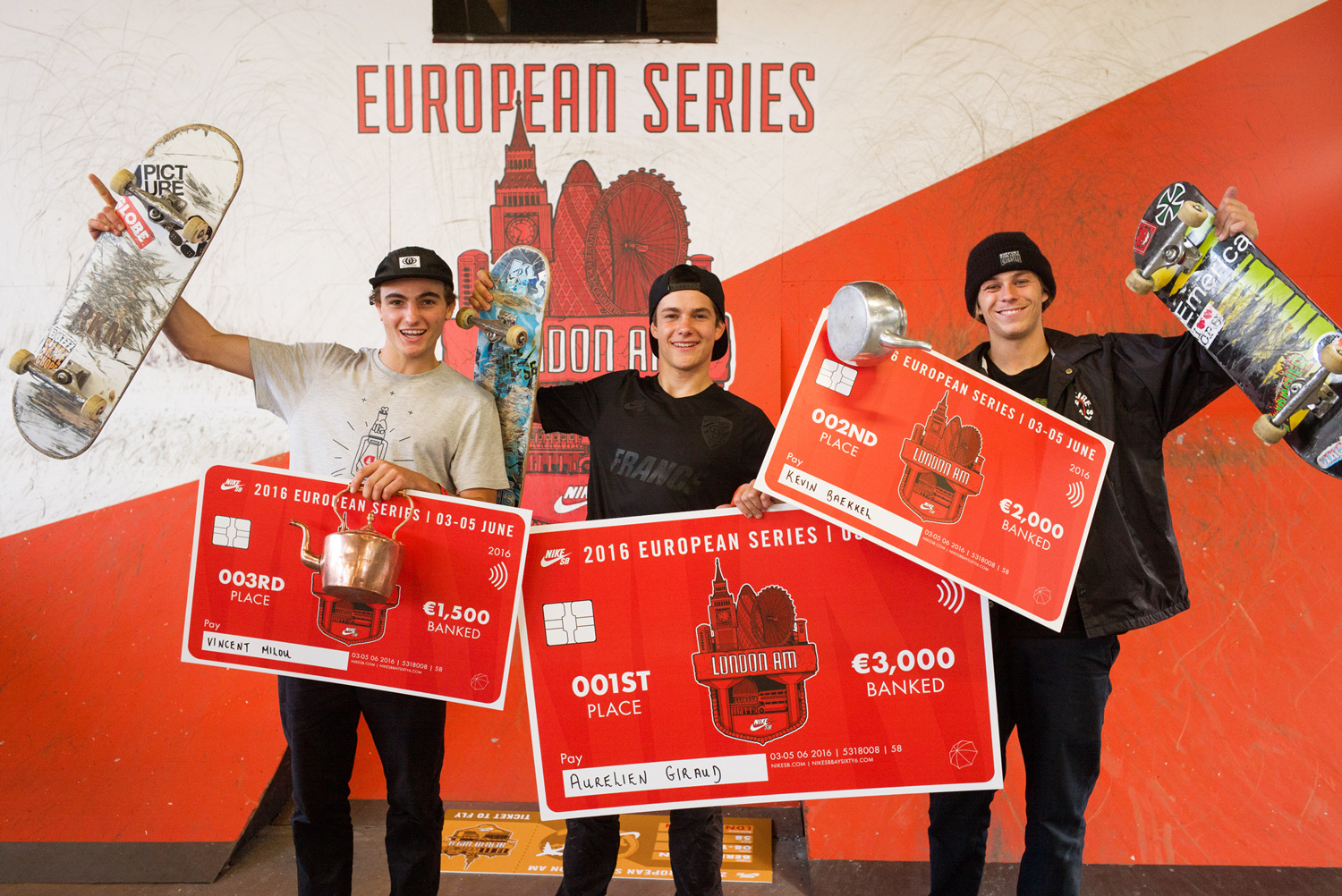 The next stop on the Nike SB European Series is in Paris where the legendary Palais de Tokyo spot will get treated to 9 additional skateable features on the 14th and 15th June. See you there!

For general info about the Parisian stop head HERE.