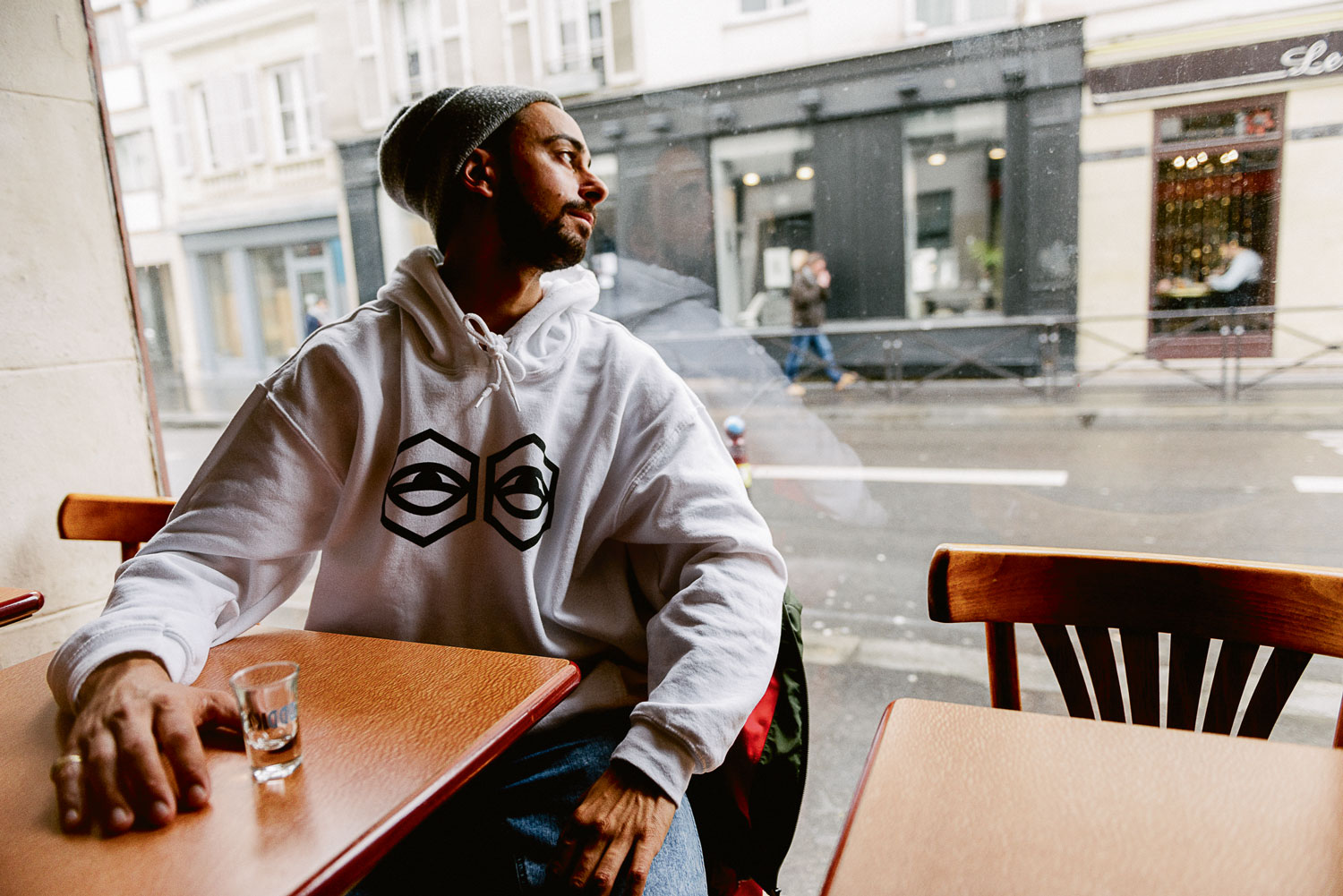 After more than two years of constant travelling and filming, the adidas Away Days video is almost here. (Editor’s note: This interview originally ran in the May/June issue of Free.) With the premiere in May we thought we’d catch up with our good Swedish friend and adidas international rider Günes Özdogan to see what the past two years of his life have been like.

You just got back from Paris, how was it?
Günes Özdogan: It was nice, but a bit rainy. I was there for five days and it rained for four.

Oh that kind of sucks…
Yeah but we shot a lot of lifestyle stuff; it’s going to be a montage in Away Days.

So how long have you been filming for this video?
About two and a half years approximately.

You guys have been all over, what’s your favourite place you’ve been to for Away Days?
Well I enjoyed Shanghai a lot. There’s good marble stuff everywhere there, but it’s not like the rest of China where you can only skate then do nothing, Shanghai is more like a metropolitan western city. It’s a really cool city; I like the scene there. You can just skate around and get good food at night too.

Did you skate with Steph Khou there?
Yes we did. We hung out with him a bunch, but he was working a lot so we skated with him for one day I think. He showed us around; yeah he’s a G! 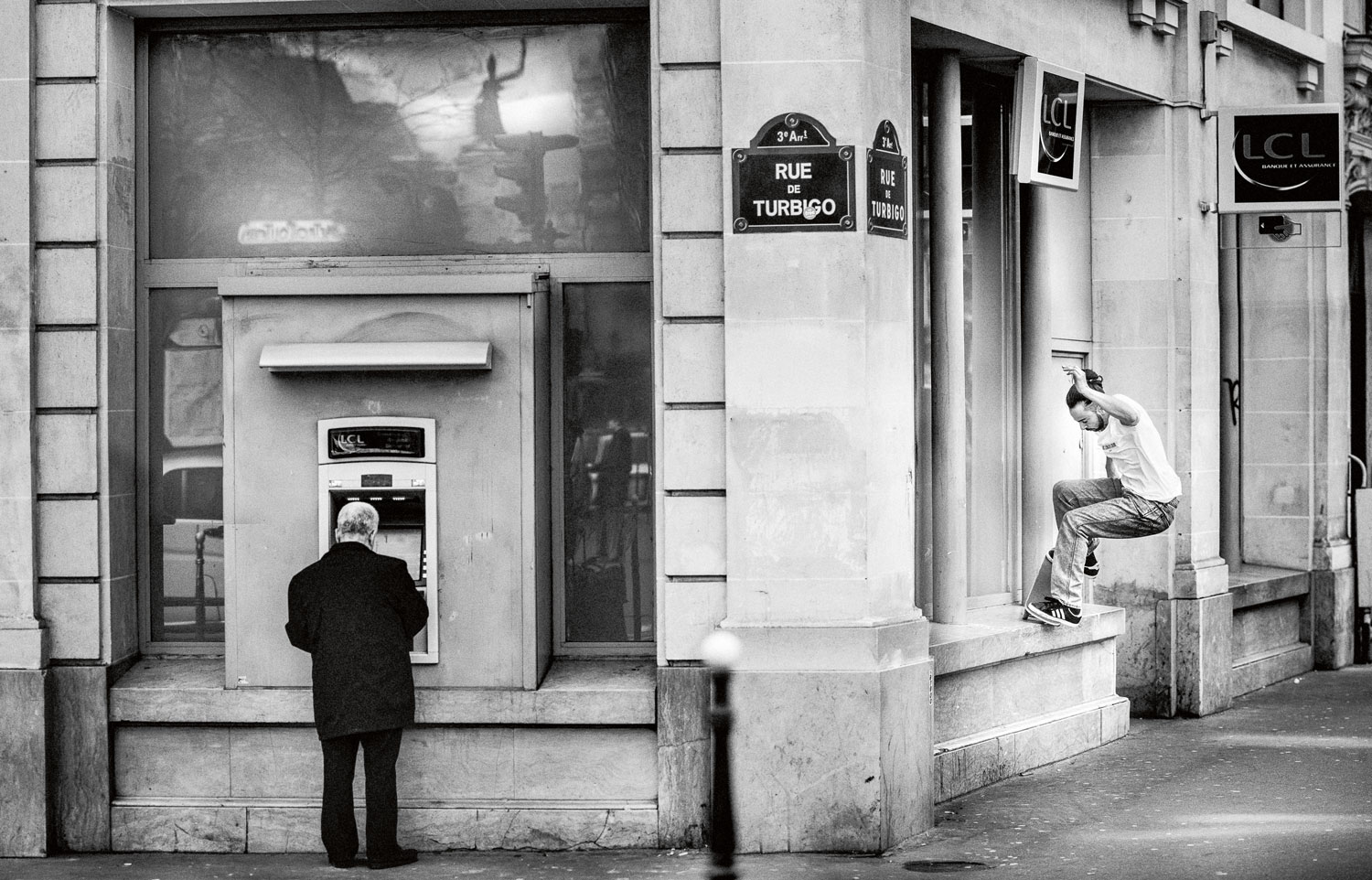 Whose part are you most excited about in Away Days?
Wow, that’s a tough one. I’m excited for the whole video actually. I can’t wait to see it. I think all the parts are going to be really good, but if I have to say any parts I would go with Lucas, TX, ah fuck Busenitz, Silas… It’s so hard. I think the whole video is gonna be great to be honest.

I’ve heard a lot of these Away Days missions are really organised… Prior to arrival of the destination, there’s a photo list of spots already ready. Is this the case?
Yeah for some of the places we went to it was set up like that so we wouldn’t come to a completely new place and have no idea where to go. It’s always good to have for the ‘oh, I might want to skate this spot!’ Because sometimes the spot guides need help from the skaters as well. It’s hard for them to just say: ‘oh you might like this or that.’

Who takes the photos of the spots and stuff?
Well I don’t know, we just get the email from Jascha (Müller) and Matt (Irving) saying: ‘Here’s a spot list. Check this out. If you have something in mind don’t be shy.’ It’s really cool actually.

Any JLB (Jet Lag Brothers) 6am skate missions recently?
Yeah for sure. Especially in Shanghai we were in the van at 9am every morning. I heard of some really early JLB missions going down, but the tours I’ve been on haven’t been that crazy. I think Miles Silvas was up skating at dawn on one trip to Japan or Taiwan or something. But for sure jet lag always helps. You can get stuff done early. You come back at noon and it feels like you’ve been out for the whole day. JLBees don’t sleep!

What’s the party versus skate schedule like on the trips?
Well it’s mostly just skate. I mean we have beers here and there, but no one on the team is really in the party mode all the time. I think 95% of us have girlfriends. We’ve been kind of focused for this video really.

So when the video is finished you are really going to celebrate huh?
Yeah for sure! I think it’s going to be wild with all the premieres and stuff.

Is the whole team going to all the premieres in all the destinations and stuff?
I heard the whole team is going to LA, New York and Paris and London maybe. And from there they are going to split up crews like there’s going to be a South America group and one crew will do Asia and others will go around in Europe I think. Something like that is what I heard. 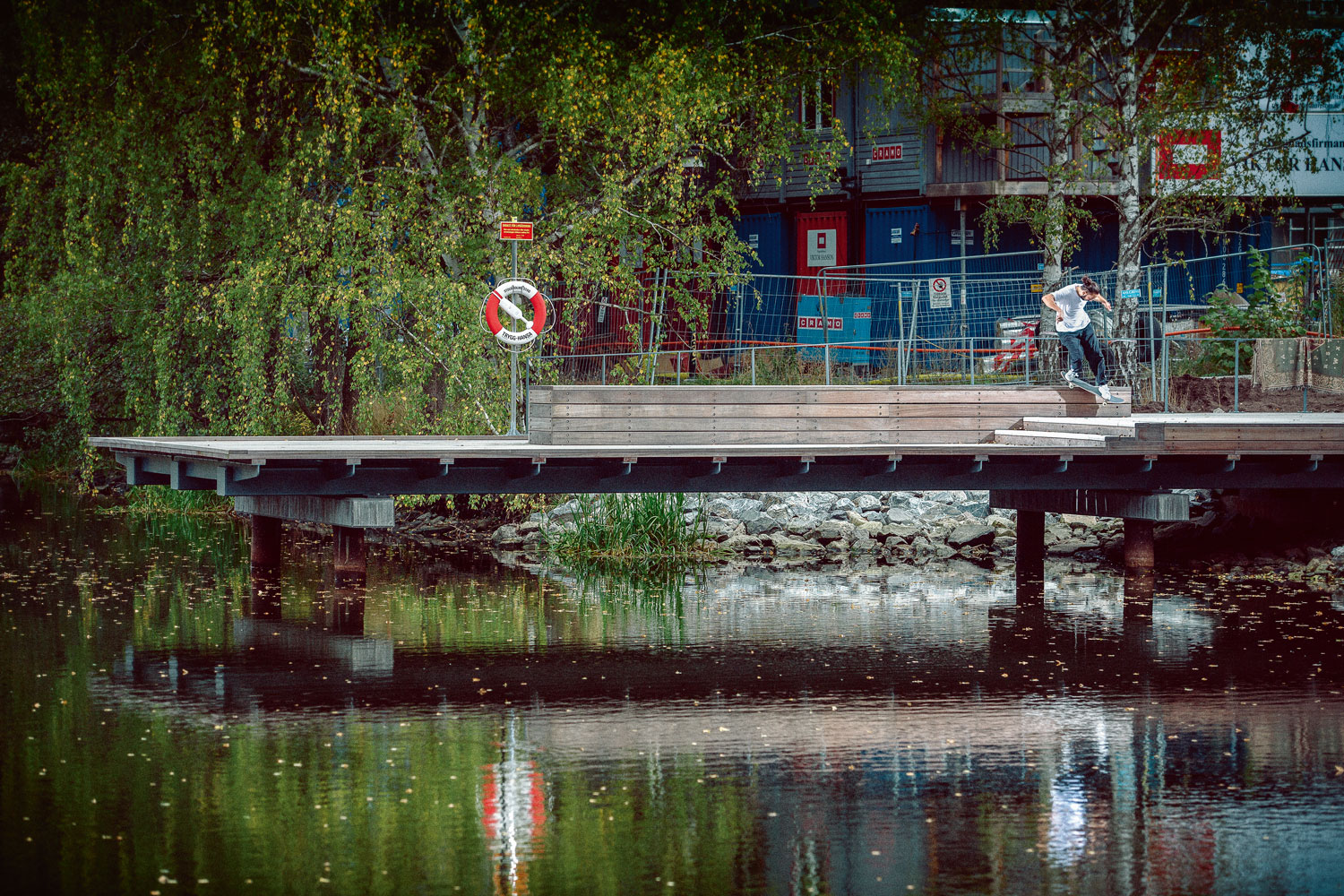 What are some of the most memorable moments from your Away Days trips? Any good stories?
One for sure… When we were in LA we went to skate this hubba in a school. It was only Miles Silvas, Skin Phillips, Torsten Frank, Sem Rubio and myself. And we jumped over the fence that had barbed wire on it, so it felt kind of sketchy from the start, because it was not like a regular school with a normal fence. And so Skin was outside waiting in the van because he didn’t want to go in and we just barely started skating and we heard sirens all over the place. We were joking like ‘oh they are coming for us!’ And then all of a sudden 100 metres away we see Skin on his knees in front of the car with police with guns drawn on him.

What!
It was crazy! We were like ‘whoa’, we just stood still and didn’t really know what to do and then more police cars came and they had a key to the gate. And then they just picked us one by one ‘okay you go to the left; you go to the right. Don’t look!’ We had to get down on our knees and turn our face down and look towards the ground. They began taking us to their cars one by one and as we were walking there we saw that they had road-blocked the whole road in front of the school. 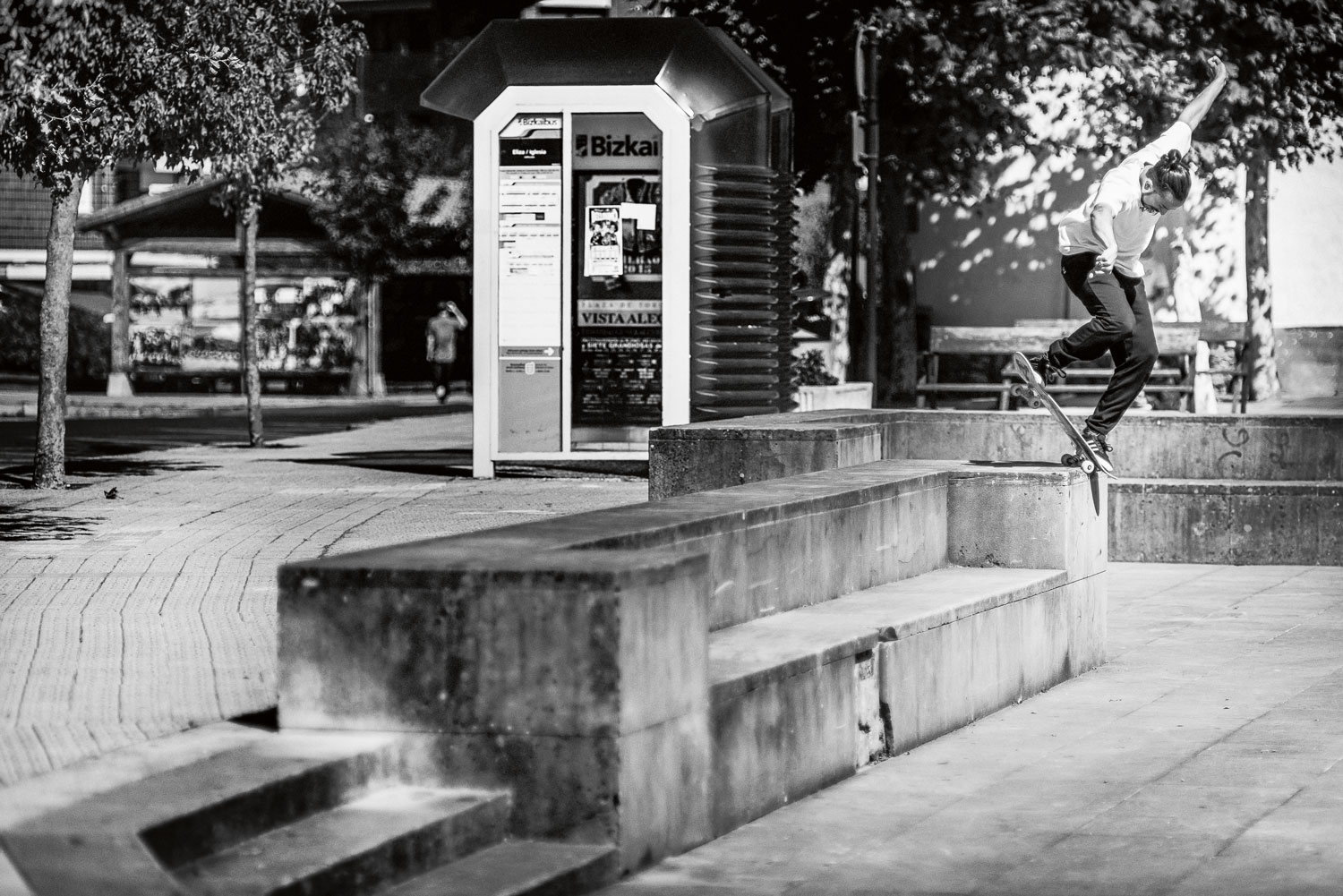 Yeah I could see someone getting mixed up with that. So what happened in the end? Did you guys get arrested or was it okay?
In the end it was okay. The cop who I spoke to he used to skate and once they realised we were just skating they were kind of mellow. But they made us all sit on the sidewalk and say: ‘admit you did wrong!’ The chief was there and like 12 other cops.

What part of LA was this?
It was in the suburbs somewhere. It might have been Pasadena. It’s this hubba where Rowan Zorilla does a switch front shuv 50-50 on.

So you guys didn’t even really get a chance to skate it?
No, not at all.

Wow, story!
Yeah another cool thing was having the whole team together in Barcelona last year. There was like 24 riders there and all the media people and all the team managers; we were just such a big crew. We would meet up at Sants at eleven in the morning. It was kind of crazy to just see everyone gathered there. 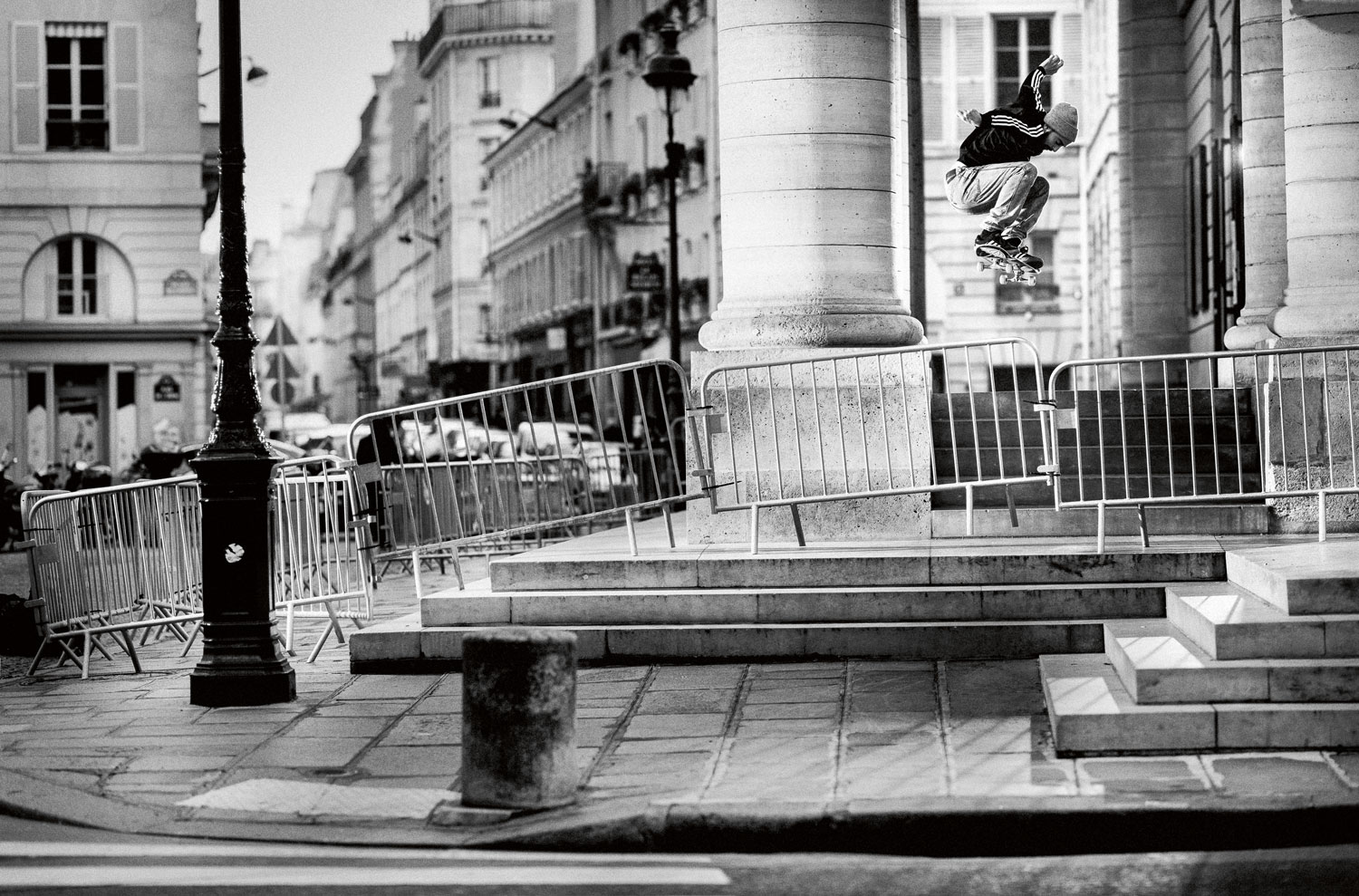 How did you guys skate spots with that many people?
It was kinda hard, but we split up into groups. That was how we had to do it, but it was cool to have the whole team together.

I know when I spoke to you last you said it was hard to get boards from Habitat. Since they’ve changed distributors again recently, can you get boards? Are you still on? How have you been getting boards?
Wow, I don’t really have any idea.

So you don’t talk to the Habitat guys?
They asked me for a distributor contact in Sweden, but I don’t know… I have no idea what’s going on there. I’m just getting boards from here and there.

Do you want to try and get another board sponsor or do you not really care?
Yeah for sure I would be really down to get something proper. That’s what I need.

In 2016 do you think it’s more important to have a shoe sponsor or a board sponsor?
That’s a tough one. I think you need both, but if I had to choose I think it’s more important to have a good shoe sponsor. Usually they pay for all the travel and that’s what matters a lot. It’s been like that for ages. But yeah, I would say it would have been way worse if I were without a shoe sponsor all this time. Because it’s really hard to get on any company whether it’s boards or shoes.

And you’ve ridden for adidas for a long time right?
Yeah it’s been like eight, nine years. Down for life!

What are your plans after this video? Are you going to stay in Uppsala?
Yeah I will be living here, but I will always travel to skate as always.

What do you think adidas have planned after this big video?
They already got stuff going on; they have a plan for sure. They have projects in mind; it won’t stop. This is just the beginning! 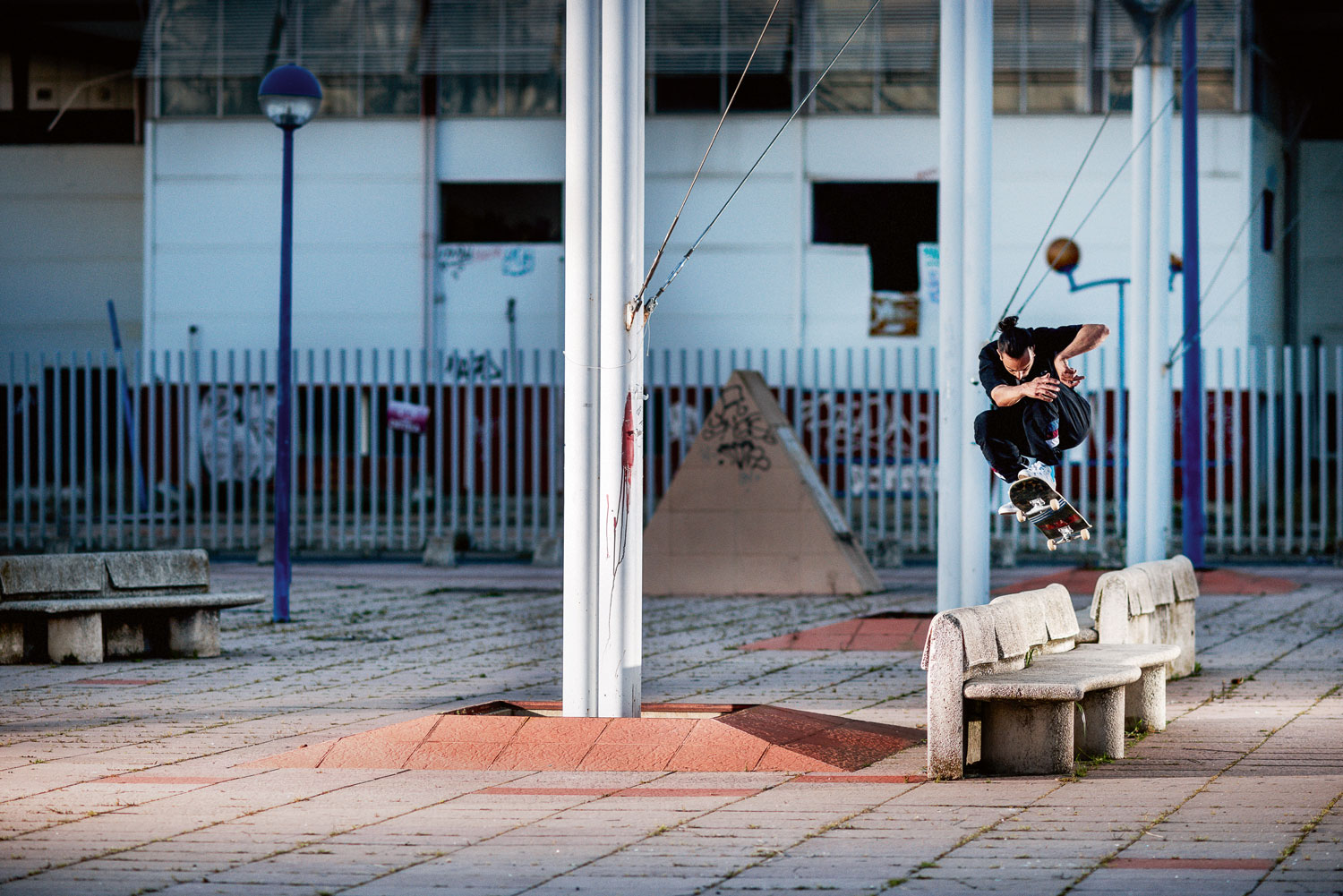