Following in the footsteps of Copenhagen Open,  Samu Karvonen and the HELride team have managed to once again come up with an event that goes far beyond what any traditional skate contest has to offer. Over a period of three days a series of events popped up in various parts of the city, ranging from the three trick line hill bomb challenge set up at the heart of a block party to the booze fuelled “death race” at the city’s legendary DIY spot. No runs, no first and last place and the only rules I can think of seemed like they were only there to be broken. It basically felt more like Notting Hill Carnival than a skateboard competition, only with guys like Pat Duffy or Marius Syvanen in the mix you end up witnessing some of the gnarliest shredding ever. Here are some Sam Ashley shots to give you a better idea of just how epic it’s been. 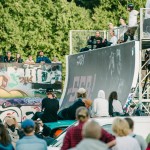 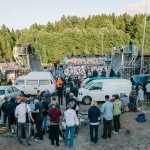 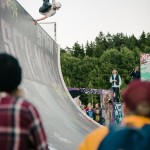 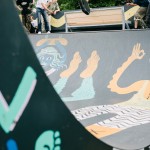