“The first time I remember meeting Rachid we were about 13, 14 years old. It was at a skatepark called Burnside, not the one in America, but in Deventer (The Netherlands)! There was a contest and everybody was happy and super hyped to skate! He is still that guy with the same hype as when we were 13, 14 – always with a big smile, and always ready to skate! And when I see him he makes me smile too! His favourite song is for sure: Ninja mi ninja by Ninja Man. Rachid works at a bar, sometimes we go partying and he kills the bar! But in a good way! Rachid is a really good guy to be around! Cheers!” -Tim Zom 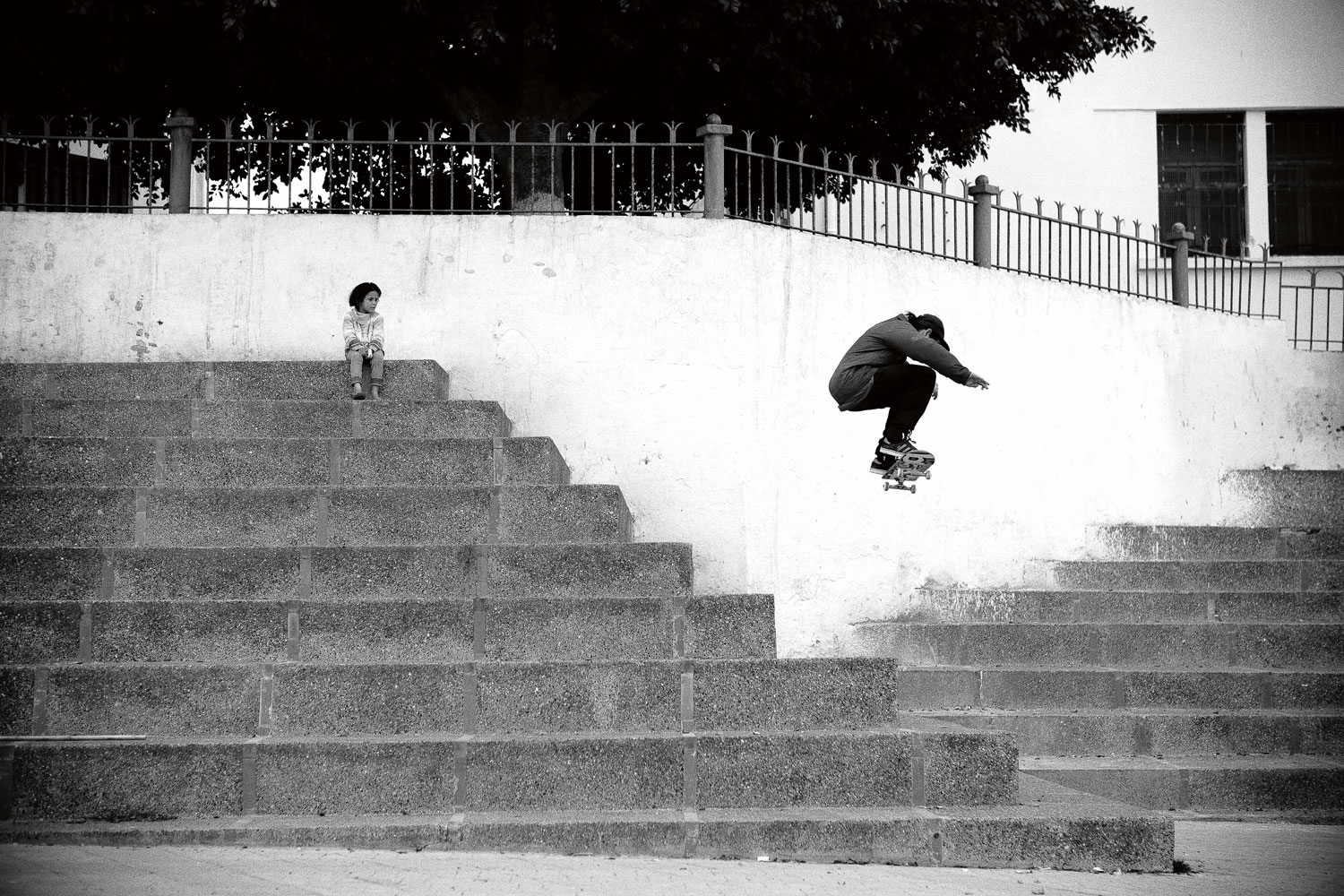 “Faries is one of my good old friends. We grew up together rolling around town feeding off each other’s energy to learn
new tricks. The thing I respect the most is seeing him skate while it’s a hot summer day, with no water or food, because it’s Ramadan. The way he approaches a trick is fascinating: when he starts to battle a trick, he won’t stop trying until he has it. This ability of concentration is what helps him out a lot in life. He’s a graduated university student with a full time job nowadays. He has Moroccan roots, with their interpretation of time, it’s always 15 minutes, when he says it’s 10. Besides that you need to wake him up personally, because picking up his phone is not his favourite kind of move.” -Sebastiaan Vijverberg