“The first time I met Reyndert I was in an indoor DIY skatepark in Utrecht called The Yard, around 12 years ago. He was skating super well already and on a board that didn’t have
much of a nose or tail left. Before I met him, I had already heard of him, because he is
from Woerden, a village right next to Oudewater, where I was skating a lot at the time. The locals there told me he was a really good rail skater, and that he could flip into every single grind.
Now he has been living in Rotterdam for a while, and he’s teaching at an art school. While skating here, his skating really stood out, and Sneep picked him up to film for the video. I’m super hyped that 12 years later we end up in the same video together, and now everyone can see how amazing he is!” -Robbin de Wit 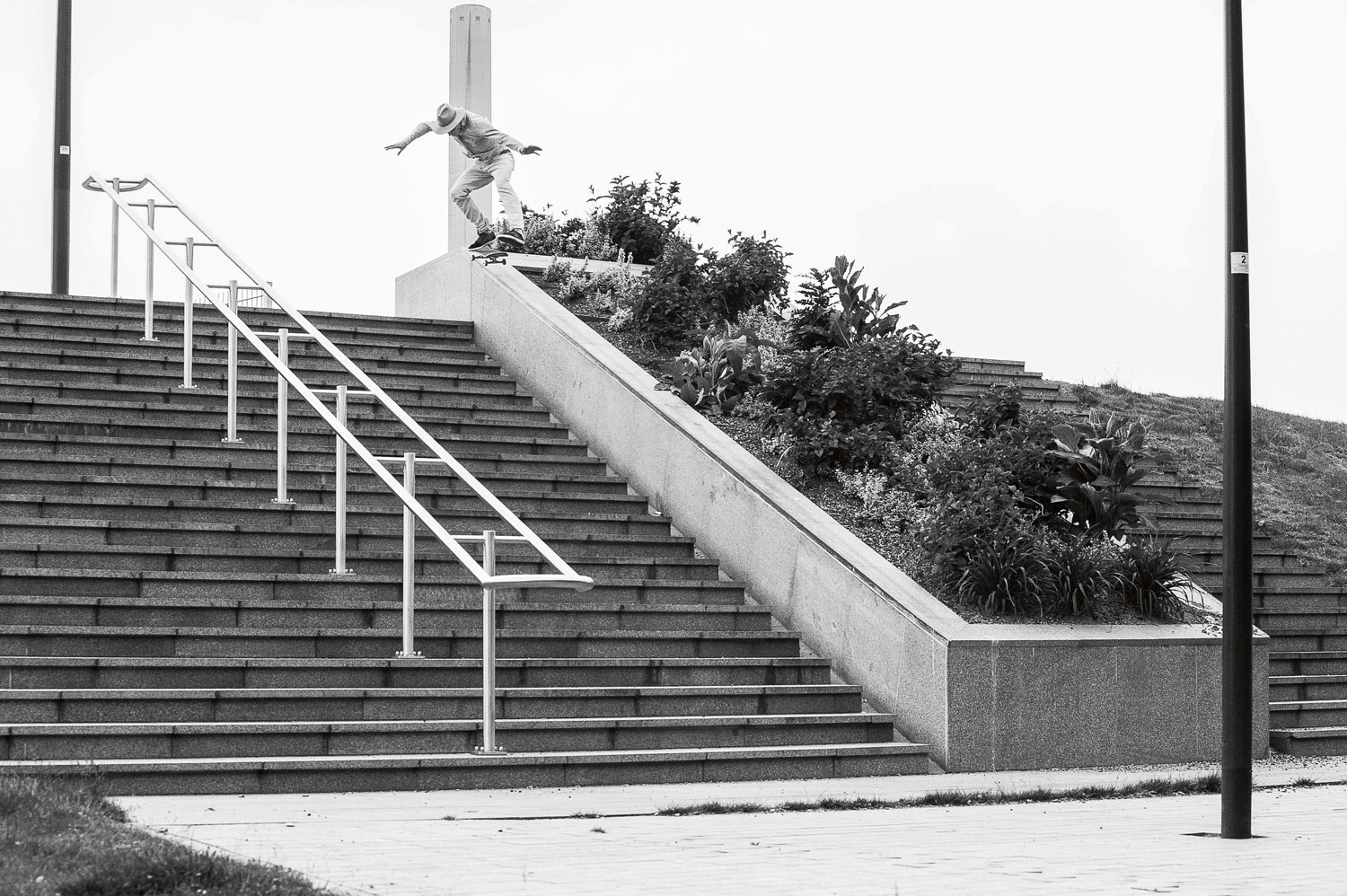