Last weekend Vans Shop Riot celebrated another rad final and the Bana Skateshop boys were crowned at their local skatepark in Parque Das Gerações, Lisbon, Portugal. Below are some of Fabien Ponsero’s shots from the two days of shredding.

The Vans Shop Riot Finals also hosted some best trick competitions on the Saturday with the three winners splitting the €750 prize money. Across three park obstacles it was Alexander Risvad (with a switch frontside tail slide 270 heel flip out), Gustavo Ribeiro (with a 360 flip frontside lipslide) and Mickael Germond (with a hippie jump) who came out on top. 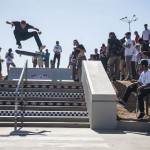 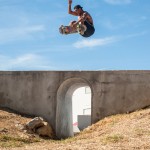 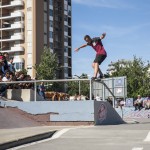 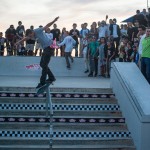