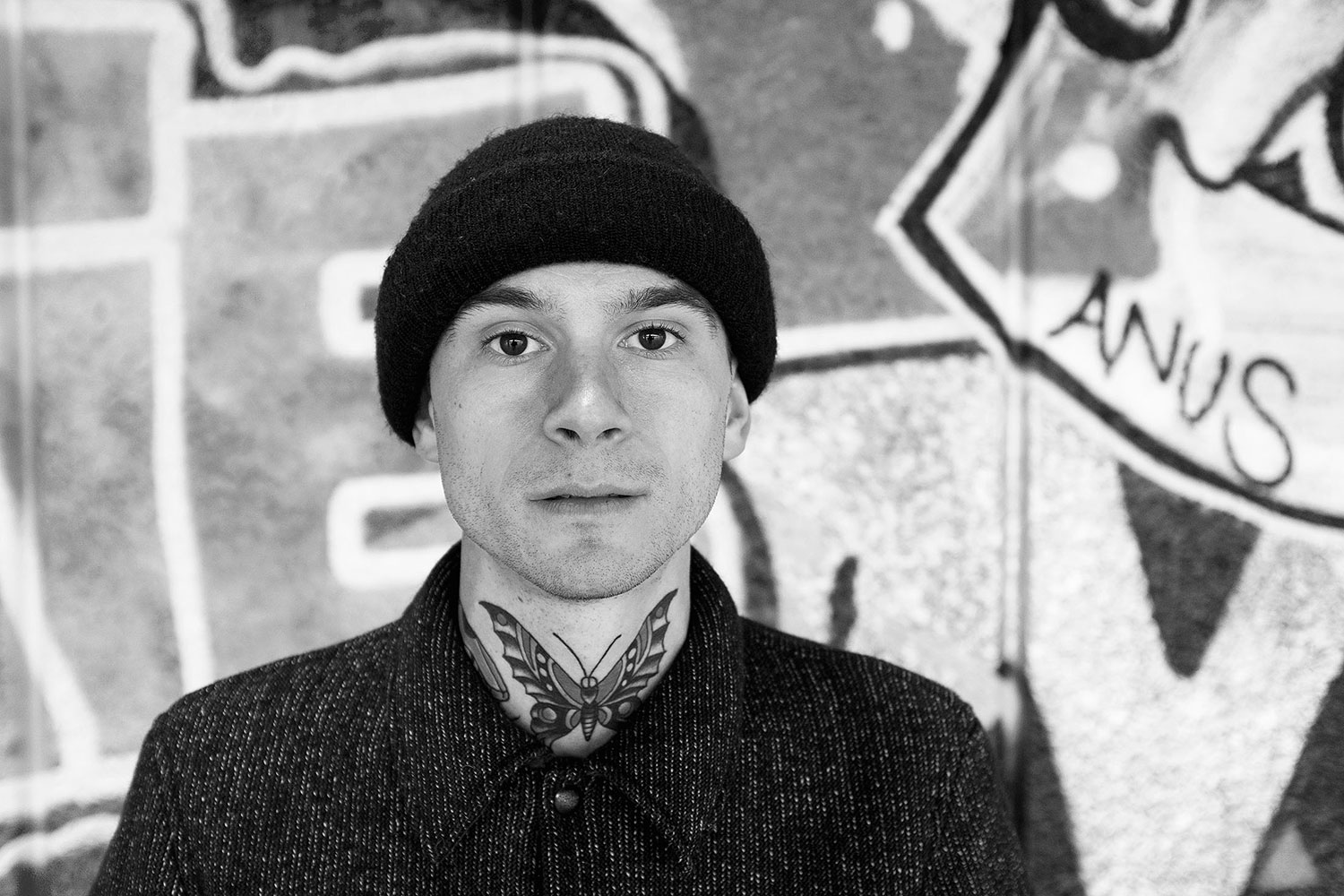 Unless you’ve been living under a rock for the last couple of years you’ll no doubt already be familiar with Gilbert Crockett’s powerful brand of very-popped, very-gnarly skateboarding. The man himself paradoxically demonstrates a calm, reserved nature in conversation, and seems to have a distinct lack of ego. A relaxed un-awkward conversation makes for a refreshing change in the world of the PR-driven 20-minute interview merry-go-round that dominates shoemaker releases these days.

Let’s start with your new Vans shoe, get that question out of the way. It struck me that one of the specific colourways (olive green) looked pretty nineties. I worked in a shoe store in the mid-nineties and it definitely looked familiar colour-wise.
Yeah, definitely nineties, which I really like, but I actually found it from the ‘30s & ‘40s, there’s some old military shoes; white shoes with a black sole and a black toe, and the same with the olive – hopefully they’ll make the white one too.
I pulled those colours from old World War Two sneakers. I’m sure in the ‘90s that’s where they pulled the same colourways from too. I think the shoe looks a little ‘90s too with the toecap. I started skating at the end of the nineties and I love the way the sneakers looked back then.

It ties in nicely with aesthetic of the little promotional video clip you did too.
Yeah, with the VHS.

So it (the format) was a conscious choice?
Yeah, and just to do something different from the last one we made too. I didn’t just want to make the same thing again.

What kind of videos?
I really like the H-Street videos. I don’t like know every skate video from back in the ‘90s or anything, but years back Dill was like,’ You look like you should skate for H-Street, you should check out their videos…’ And I just think they’re the shit. Matt Hensley’s footage from back then was beautiful; all the guys’ stuff was, the way they were just skating. I love that. I love skating curbs still I’ll skate all day on a waxed curb – that’s one of the funnest things ever. And they were making full videos doing that.

It seems like there’s a place in skateboarding again for just enjoying going skateboarding…
Yeah, it all comes around; skating always goes in circles. Everything that goes out of style comes back around and everyone jumps back on it. That’s just how culture is I suppose.

You grew up in Virginia, right? That’s kind of East. Was it influenced by Philly and New York skating in the ‘90s – skating more crusty spots etc.?
(When I was young) I didn’t pay as much attention to things like that; I was just skating. Down to jump off anything. But when I got older I realised that this is what dudes from my area are skating like and I think that’s sick. I think it’s cool to watch people skate on the East Coast. People are doing it differently, filming it differently, putting lines together a certain way, I mean people were doing it on the West Coast too, like San Francisco for example.

Are you still based in Virginia?
I’m back in Richmond. I moved back after the Vans video. I’ve been back for almost two years. It’s good but I’m kind of getting to the point now where I need to go find some more spots somewhere – it’s a small town where I live and I’ve lived around it most of my life. I think I’m going to go up to New York in spring for a little while. Switch it up. There’s like fifty downtown Richmonds in New York.

Is it all crusty spots where you are then?
There are crusty spots, yeah, I like it for a number of reasons, I like a spot that when you get there you have to figure the spot out; it’s fun to go through the motions at a spot. Figure out how to grind it or use a shitty bank to land in or something. And then when you skate a spot like that the clip is always more unique than a perfect spot.

How long are you in London, we have some crust!
Just a couple of days. I really want to come here and skate some street; England in general, the architecture is a lot older – that’s also what I like about the East Coast, that a lot of it is older than stuff on the West Coast.

Do you keep up to date on any European skateboarding at all?
I follow you guys online, you post gold all the time. The spots, the dudes skating – not like I follow the East Coast skating back home, really, but I’m always keeping up. There are so many places I want to go to in this part of the world. I’ve been to a lot of places but, for some reason, it’s just been in and out for events in London. I know the weather can be harsh, and that’s maybe why they’re not booking trips here with 10 dudes for 2 weeks at a time. I gotta get out here one way or another, whether it’s with Vans or on my own.

You’ve got some pretty interesting and noticeable tattoo work, do you travel and collect them or do you get them at home somewhere?
Both, I started getting tattooed in Richmond, in this place called Absolute. They’re, in my opinion, one of the best shops around on the East Coast – the dudes there are super talented and well-rounded. I kind of got pushed in the right direction, my friend and my girlfriend (at the time) were like: ‘You should get tattooed here, this is a good shop’. They told me about all these other guys and I kind of got carried away with it. It’s something I love to do. And one day would love to be more involved with if I can.

You want to learn to tattoo?
I’d love to. I just know that it takes so much devotion. You have to devote your life to it if you want to be good at it – decent even – which I cannot do anytime soon, I just want to be skating now anyway, while my body is still working. I used to travel a lot to get tattooed, to New York, this guy Bailey Robinson was up there, I used to travel there a lot. I would book in and try and fit it around skating. That and shopping for vintage clothes too, there’s a lot of good stores for that in Brooklyn too.

Is that a big thing, finding your own shit?
I don’t dig, I’m not a picker, by any means. I just go to vintage stores where someone’s dug it out from somewhere and sells it on for five times they bought it for.

But you prefer it to off the shelf stuff?
Yeah, I’m into old clothes. Everything used to be made better – in The States at least. The quality isn’t a concern (these days). And I like the style of shit from the ‘30s and ‘40s. 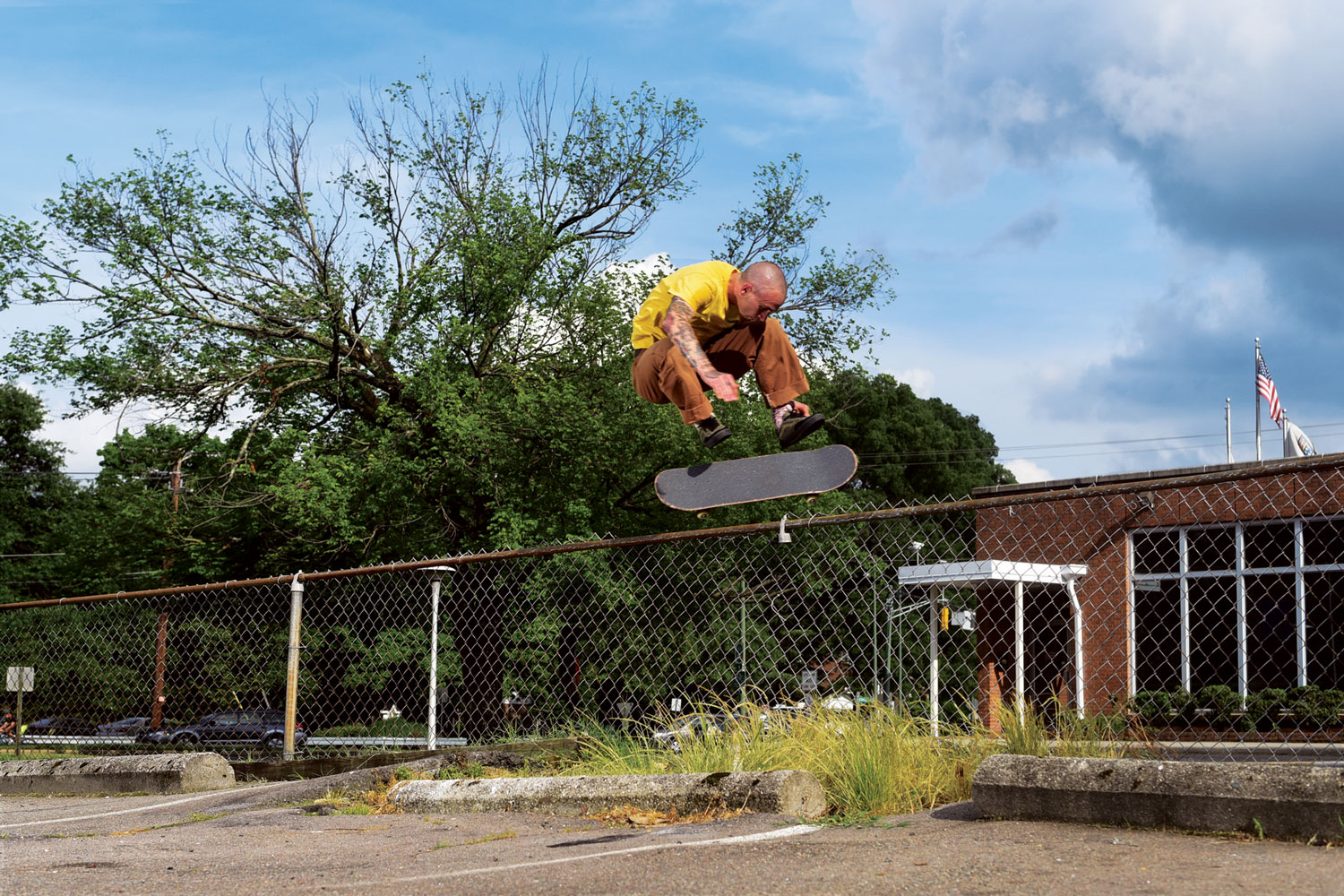