When you think of Belgian skateboarding what comes to mind? Maybe a few names like Jarne Verbruggen, Youness Amrani or Geoffrey Van Hove? Possibly a couple of famous kinked hubbas? Sadly for most people that’s usually about as far as it goes. Even Brussels, as skate-friendly as it is, has never quite been on the map in the way Paris, London or almost every other European capital seem to be. Is it the case because of the lack of infrastructure? Is it because we (the ‘skate-media’) haven’t been paying enough attention to what’s been going on over there? Hard to say, but what’s certain is that they’ve sure got everything they need in terms of talent and motivation. 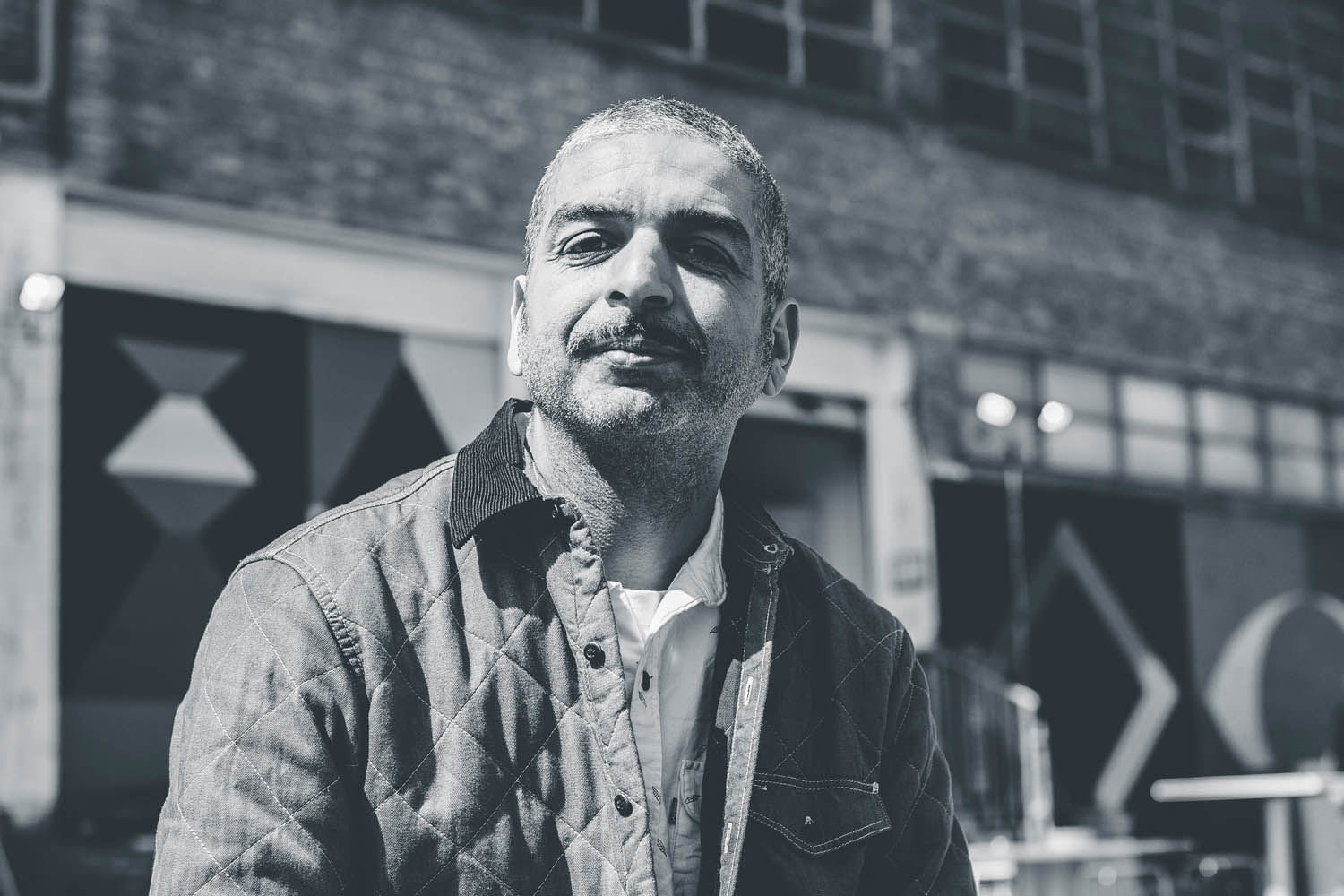 Last weekend Levi’s Skateboarding invited us to check out the city’s new indoor park, hit a few street spots with some of their ambassadors and meet one of the driving forces behind its skate scene: Youssef Abaoud. Now I know we’re always banging on about people that are ‘down for the cause’ but this guy’s ongoing commitment to the development of skateboarding in his hometown is truly remarkable. From the countless missions to pick up donated wood or leftover tombstone granite to the 12 hour shifts building the obstacles, Youssef gave The Byrrrh and Skate Project everything he had and result is amazing. The whole thing flows really well and it’s got the right balance of mellow tranny stuff and gnarlier rails/hubbas to please everyone. Plus that stone coping makes every slash feel extra special… Basically he smashed it. 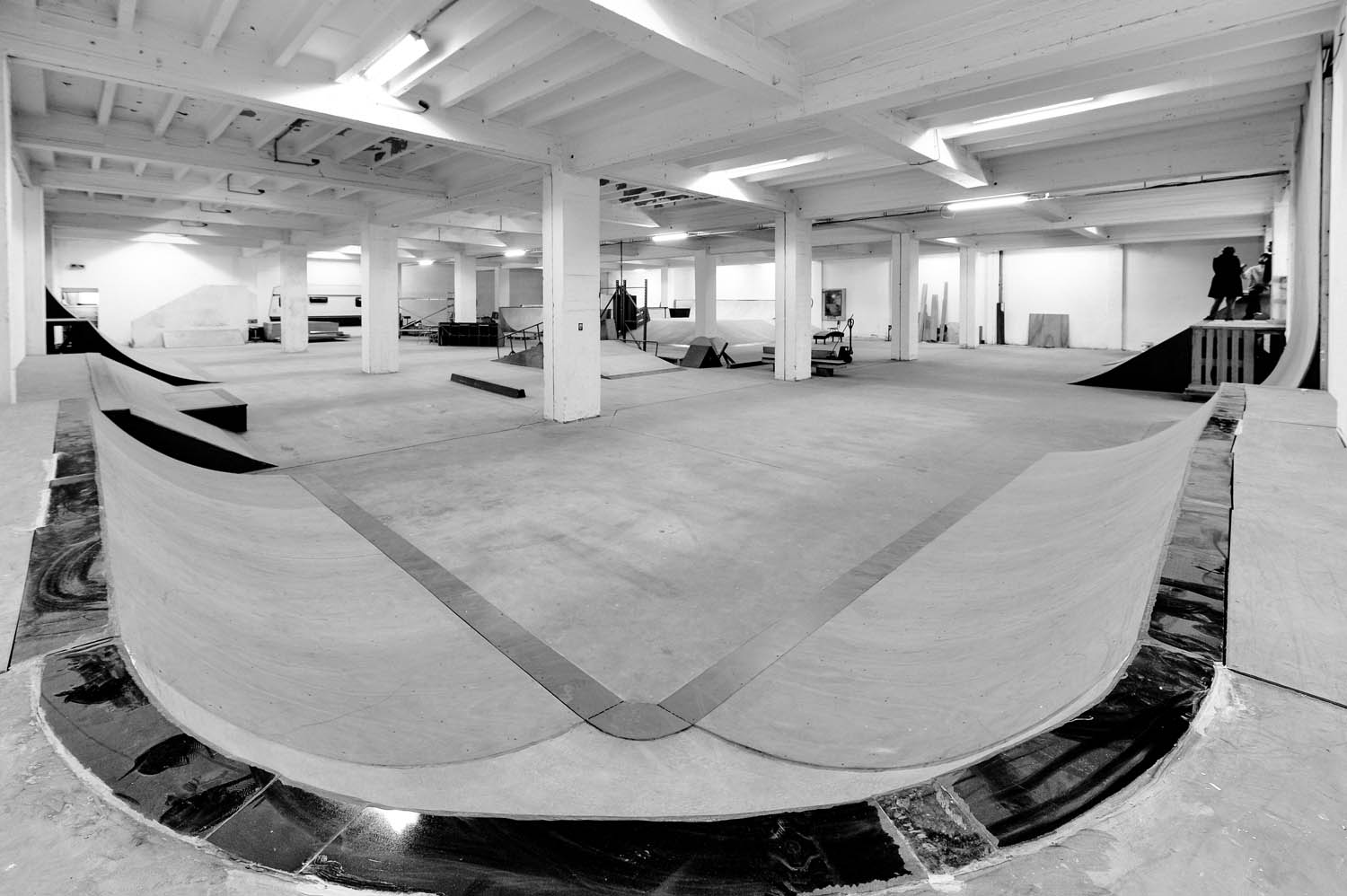 It also needs to be said that this incarnation of the The Byrrrh was actually Youssef’s third attempt at building and indoor DIY skatepark in Brussels: ‘the first two locations were shared with a group that liked to party a lot… They’d have huge raves. The police would always come and both times, this is what led to all of us getting kicked out of those spaces.’ It takes some serious dedication to give up on a spot and start from scratch. Especially when it’s because of this kind of bullshit. Imagine having to do it twice.

Luckily, judging by the energy that surrounded this build (and the launch event), it seems like this one isn’t going anywhere. ‘It was crazy, I had so many people hitting me up to come and help… Even people I’d never met before. In fact, even people that don’t skate! Some guys were coming every single time they had a day off! I’m so grateful.’ That sounds like a community that’ll pull a Long Live South Bank at the first hint of a threat if you ask me.

To top it all off, what makes him and his crew’s achievement even more exceptional is the fact that it was all done without any form of help from the council. ‘The problem with politicians, particularly in Brussels, is that is that it’s all about who you know. If you don’t have the right friends it’s hard to get that kind of support’. A bit frustrating when you think of how beneficial having something like this can be. Particularly when set up in a part of town that’s facing difficulties like Anderlecht… ‘We’re going to do everything we can to involve the kids from the area. Entrance fees are going to be half price for them… Plus we’ve already been going around with a van full of ramps, giving free skateboarding initiations.’ Boulbi (that you may remember from what seems like every video to ever come out of Brussels) later on even added: ‘If it wasn’t for this skatepark a lot of the kids from the centre of Brussels would probably never come here and hang out with guys their age from this neighbourhood.’ Politicians need to start understanding that skateparks and plazas are more than just spaces where humans practice their kickflips. If only the rest of Europe was as progressive as the city of Malmö… 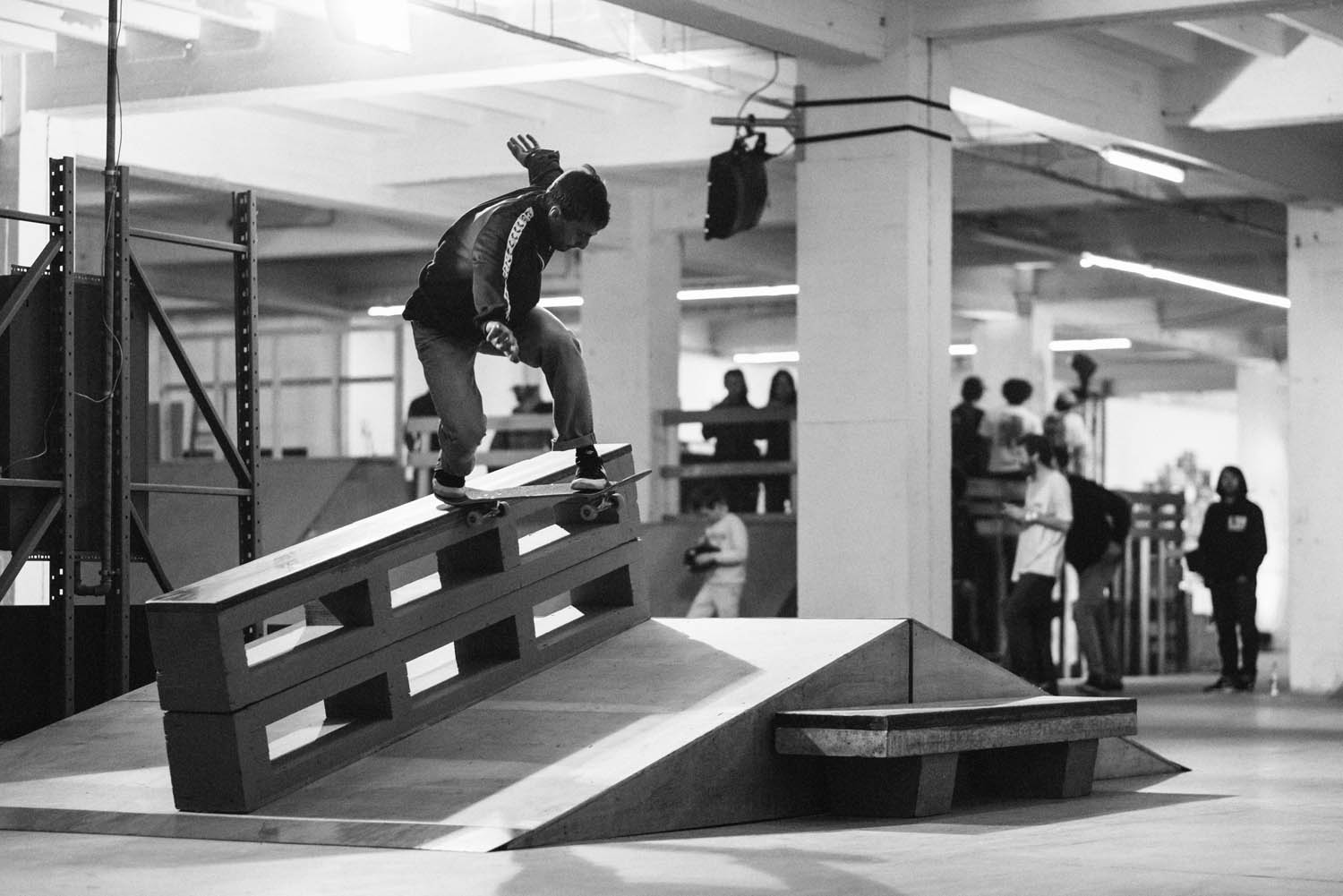 We’d like to extend a special thanks to Youssef and his crew for showing us a great time; Boulbi, Youness Amrani, Kevin Vu, Rob Maatman, Eduard Depaz, Shaun Witherup boys for coming out street skating on the Friday; Tim Zom, Kevin Tshala, Manny Lopez and everyone who killed it during comp on the Saturday; and of course Levi’s for bringing us out there to check out the action!