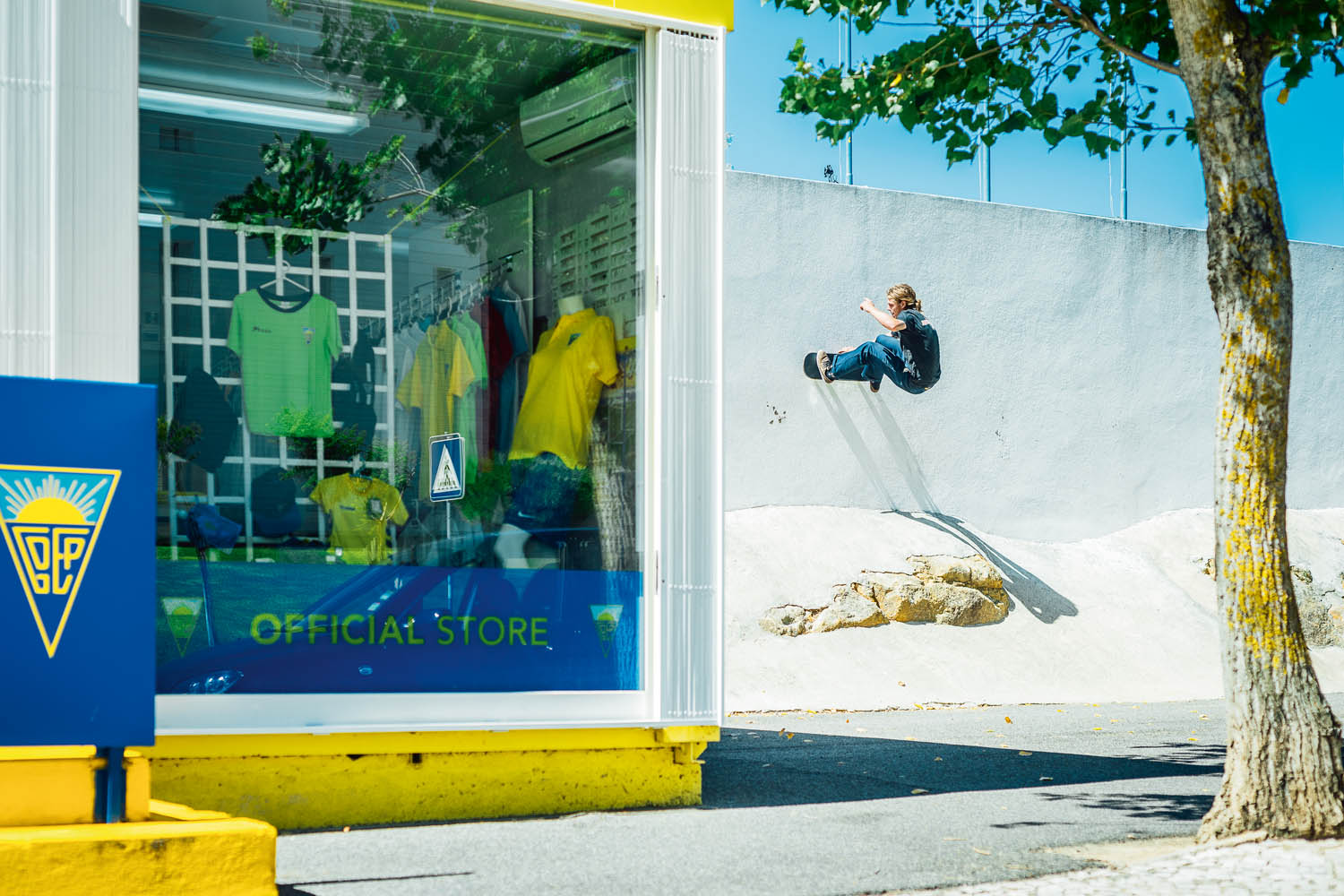 I met Kevin Bækkel briefly last summer, we didn’t speak much, but what I remember most is the sound made by the smack of his tail after performing a head-high Madonna. I’m guessing other skaters at the various European comps this past summer know that sound too: Whaaack! It certainly gets everyone’s attention. So besides knowing that he’s from Norway and his loud Madonnas I didn’t know much about Kevin before doing this interview. The CPH guys (William and Keld) told me Kevin always hangs with Jared Cleland and Alexander Risvad in Copenhagen and they would be good people to ask to get some background info. After some Instagram messages and an email later Kevin’s long-time friend Jared, from California, helped me out with some interesting Kevin anecdotes.

Can you tell us where you grew up and how you were first introduced to skateboarding?
Kevin Bækkel: I grew up in a town called Hamar, Norway; it’s about an hour away from Oslo. I got into skating when I was nine years old. I’d go to the skatepark with my bike, and I’d see all the older dudes with skateboards and I thought it looked rad. 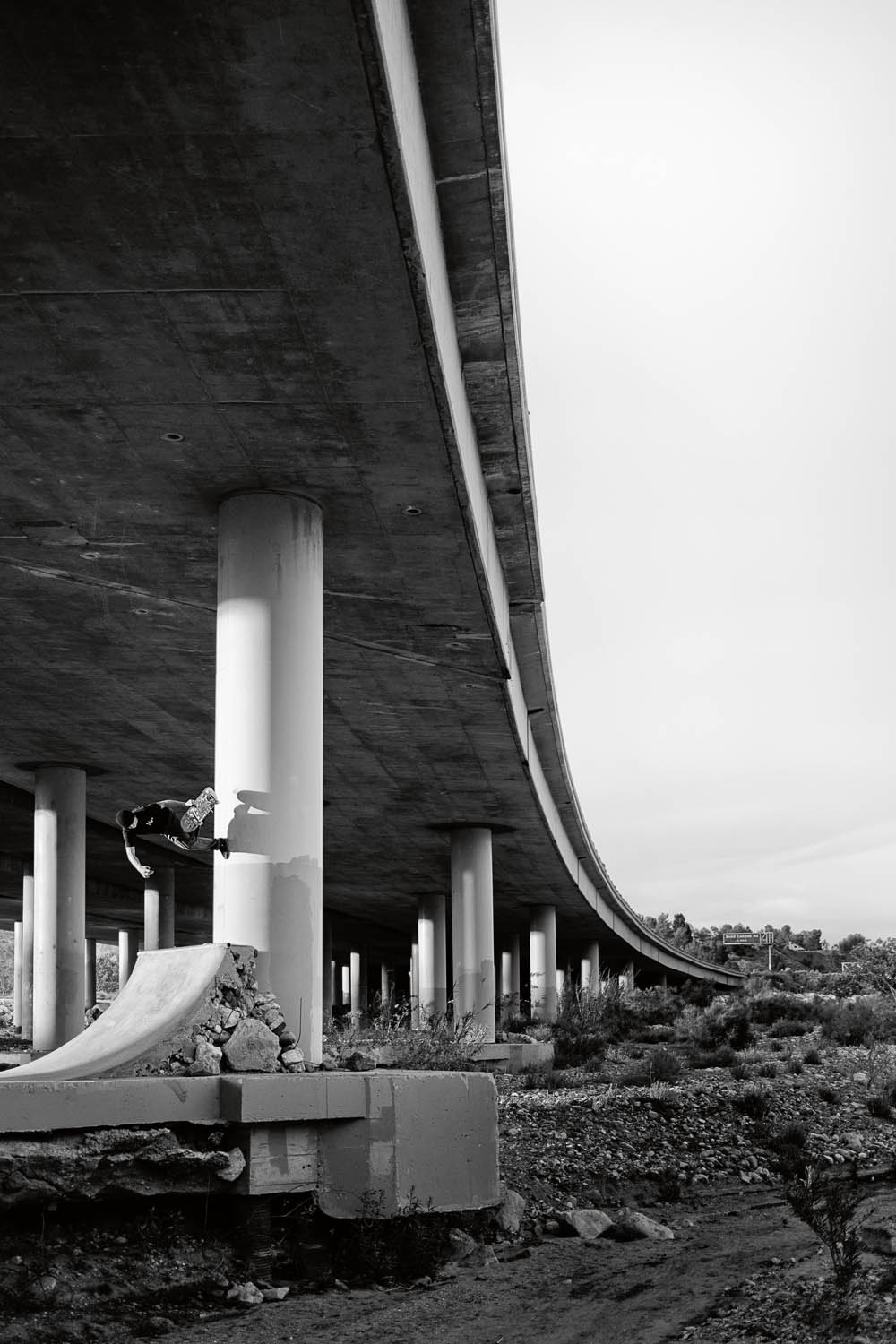 What do you do in regards to skating due to Norway’s harsh winters?
When I was super young we didn’t have an indoor park in the winter. We’d just skate outside in parking garages and stuff like that, but then a couple years later we got an indoor park. But we’d always just gear up in all kinds of jackets and pants and just skate outside. Our grip tape would fall off and shit… If you had a new set-up you’d better watch out. Your grip would just fall off it was so cold.

Can you tell us about your first time going to the States?
My first time in the US was for the Volcom Wild in the Parks contest. I won the fourteen and under European thing so they sent me to Arizona for the final. So I flew out to Phoenix and Axel (Cruysberghs) and his mum were on the plane and then at the contest is where I met all my homies that I’m still friends with today. I would always fuck around and bark at the hotel, because I can bark like a dog really well. People in the hotel thought there was a dog running around and I kept doing it at the skatepark too so all the people that I’m really good friends with now (like Jared) came up to me and said: ‘You fucking kidding me, that’s you? We seriously thought it was a dog running around!’ And then we just became friends after that. 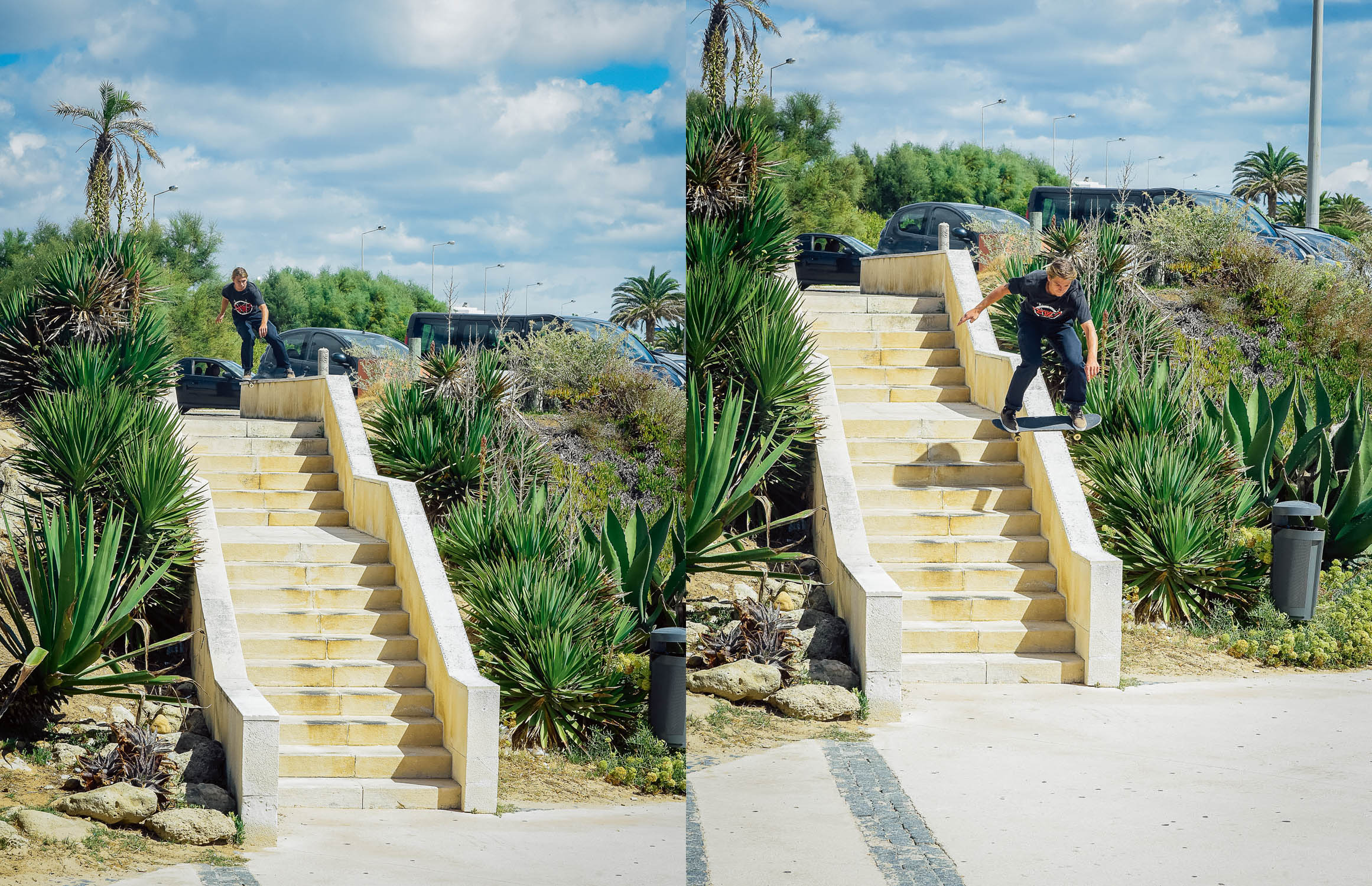 Boardslide through all the kinks, Carcavelos, Portugal. Ph. Pedro Raimundo

Yeah Jared said you’d bark like a dog because you couldn’t speak much English…
Yeah I couldn’t speak English at all basically, so I was just fucking with them. Then I started hanging out with them and we went to Hooters and I got kicked out of there for barking at a waitress. (Laughs)

No way!
Yeah. But after that I would come out to the States to hang out with those guys to skate and film. I’ve been doing that every three months ever since.

And you always go to California every time you go back?
Yeah I either go visit Jared or (David) Gravette. Right now I’m in Santa Cruz and I’ve been here a lot lately.

And how did you hook up with Creature?
Way back when I was thirteen I think David Gravette and Eman Guzman came and did a Vox demo in my town. They were like the first pros I’d ever seen in real life. I got hooked up with Creature in Norway after that and then I went and met those guys again in the States and they introduced me to the rest of the team.

I hear you’ve had problems at customs entering the US before.
I’ve just been there so many times for three months, then I leave for three months, come back for three months and so on so the customs people would always stop me. They couldn’t understand what I was doing. I was just coming there to skate and spend money basically. I always had a free place to live so I didn’t have a problem with staying there a long time. So many times Jared has been waiting for me at the airport and he’s had to wait like two extra hours because I’ve been in all these gnarly interviews in little rooms with these gnarly American cops. They were thinking I was there illegally or some bullshit. 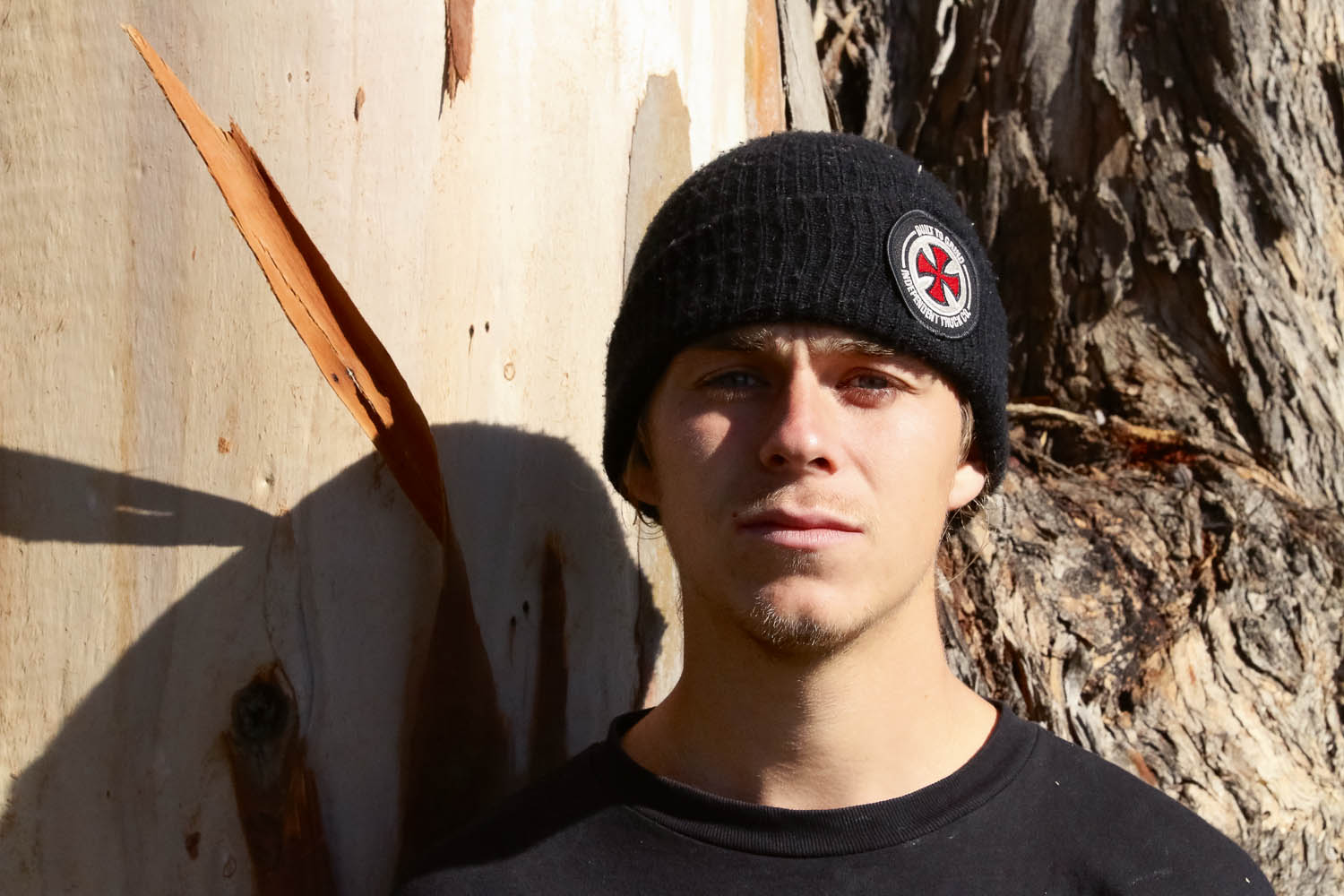 Do they think you are there to work or something? What do they think?
They think I don’t have money when I come. They think I’m going to stay over my visa and not leave after three months because I’m always on a tourist visa. They usually just don’t believe what I’m saying and then I have to convince them.

Aren’t you spending a lot of time in Copenhagen? You had a video part with Jared in the Danish video Hitit.
Yeah I’ve lived there (CPH) for a year and a half. Well, I just gave up my apartment there, so I don’t really know where I’m going now.

Why did you pick Copenhagen to move to from Norway?
It’s the best city in the world; I love that place and my dad is Danish so I speak fluent Danish. Half my family lives in Denmark.

Jared told me to ask you about the two homie videos you were in out in LA: Disorganized Fun and Goosenectar…
Yeah that was the first time I really street filmed. Yeah it was crazy, I came out to California and everyone has VX1000s, cars and the crew was like twelve people deep. We’d drive to all the famous spots and I had never done anything like that. I’d filmed a little bit in Norway, but nothing like that… It was a whole different story. 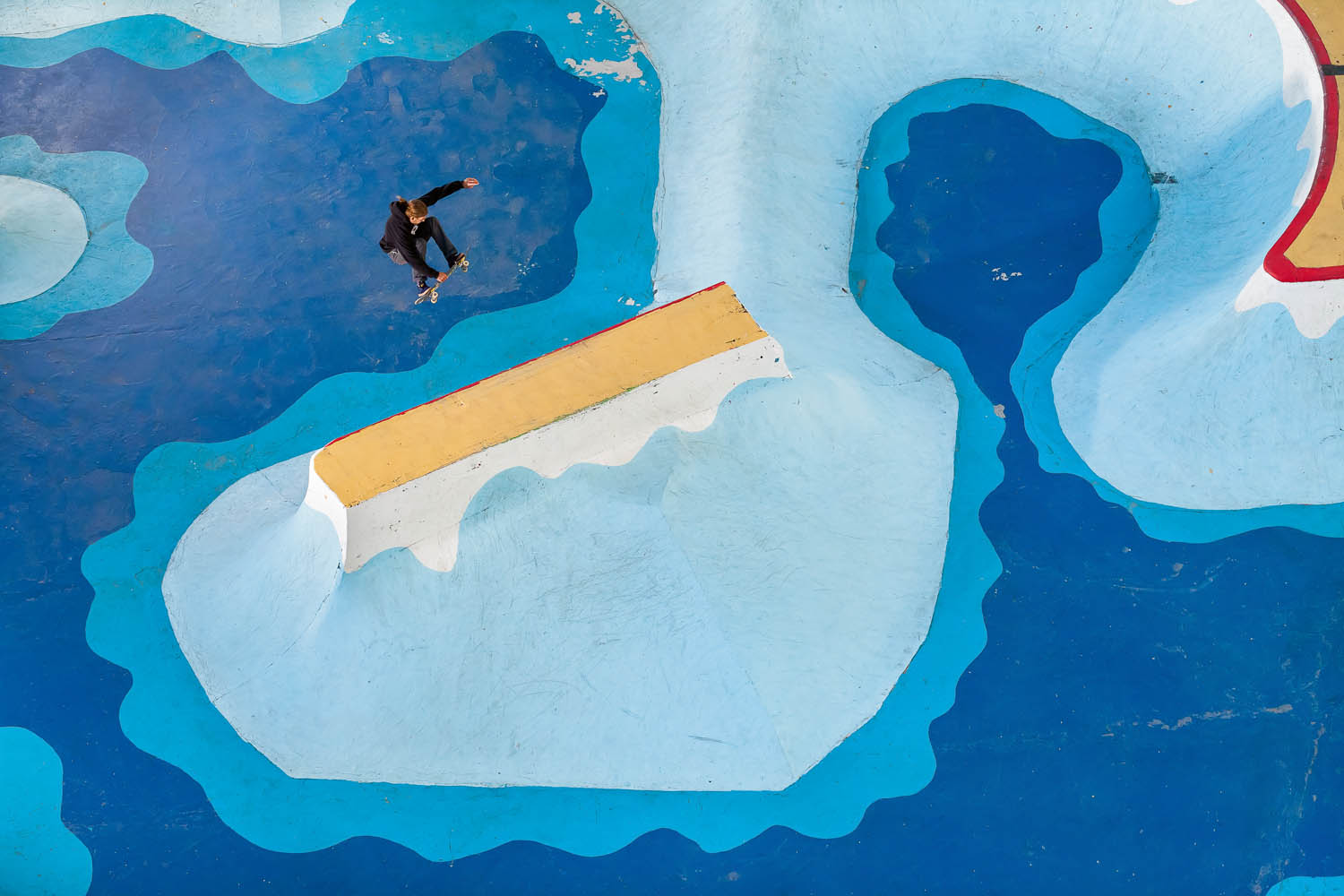 You went on the most recent King of the Road, how was that? Any crazy stories?
I did, but I can’t really talk too much about it because I signed all these gnarly contracts because it’s going to be on TV. But it was the best time of my life! It was the funnest thing I’ve ever done.

OK so I don’t know if you can answer this or not, but did you feel you had to be over-dramatic to make the King of the Road episodes better? Is there pressure for that?
No it’s just like how it is… It’s super mellow; there’s always a TV crew with us. But they don’t make us do things or make it gnarlier than it really is.

Jared says to ask you why you went to Brazil last year?
Oh my god… (Laughs) I got a phone call from this dude who was trying to put together a Norwegian team or something, but I didn’t really hear too much about it. He just called me and asked me if I wanted to go to a bowl contest in Rio and he’d pay my flight, hotel and everything. I’d never heard of this contest or anything, but I was like ‘fuck it! I’ve never been there. If it’s all free I’m gone!’ So I get there and I don’t even know what to call it, but I was on a Scandinavian team. It was me, the skater, a BMX dude, a marathon runner, a mountain climber and a surfer and I’m like ‘dude, what the fuck?’ So we all have to do our own contests and my team did pretty good, like all the other dudes, and then on the last day I had to do the skate contest so I did that. And then an hour after that they’re like ‘OK now we are going to have a team race.’ I’m like: ‘what do you mean team race?’ And they were like: ‘Yeah we are going out to the beach, we’ve got to paddle and canoe for like twelve kilometres.’

What the fuck?
Yeah, against twenty other teams from all over the world.

What is the name of these games?
It’s called a Rocky Man. Look it up it’s crazy. 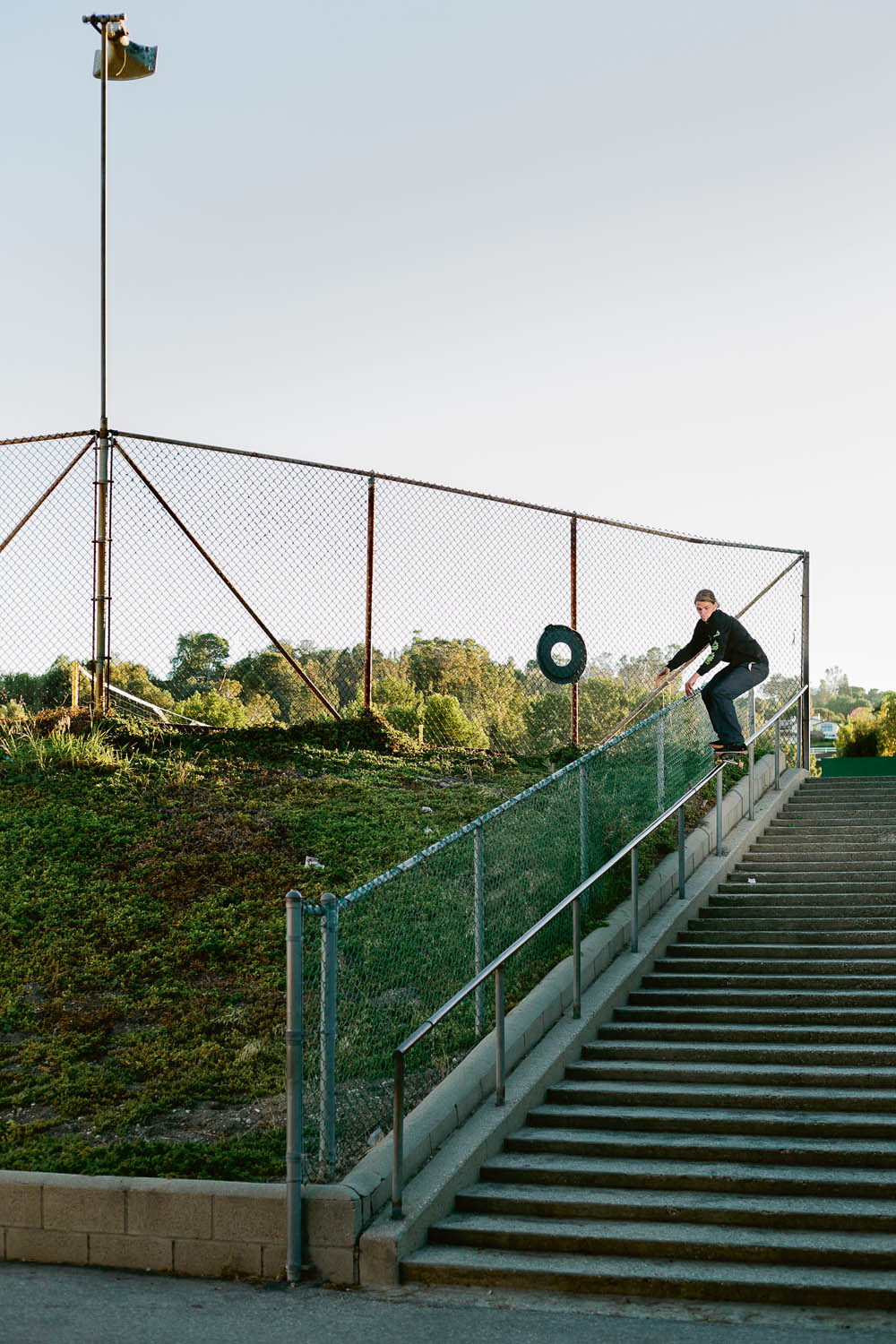 So were there any other skaters there you recognised?
Yeah there were some. I don’t even remember they were all like Brazilian Mega-Ramp skaters. They were gnarly, but I don’t remember their names.

That sounds weird.
Yeah so after the 12km paddling there was a twenty-minute break and then we had to run twelve kilometres.

Hahaha…
Yeah as soon as I flew in to Brazil and I got to the hotel I was smoking a cigarette and they (the Norwegian team) come down and they’re like ‘no way! We got a dude that smokes on the team! Fuck!’ They were so bummed.

They thought you were a professional athlete…
Yeah they were like ‘this man can’t run for shit.’ But we ended up winning the entire thing though! It was crazy.

So did you have to wear some type of uniform? I can’t imagine you running 12km in Dickies…
Yeah I had some shorts and some crazy green tank top thing. There are some funny photos somewhere… Yeah as soon as I got there I wanted to leave; I was so over it.

So did you do anything else in Brazil or was it just this competition?
Louie (Lopez) and the Converse team were in town so every night I would just go meet up with them and go drinking and partying. 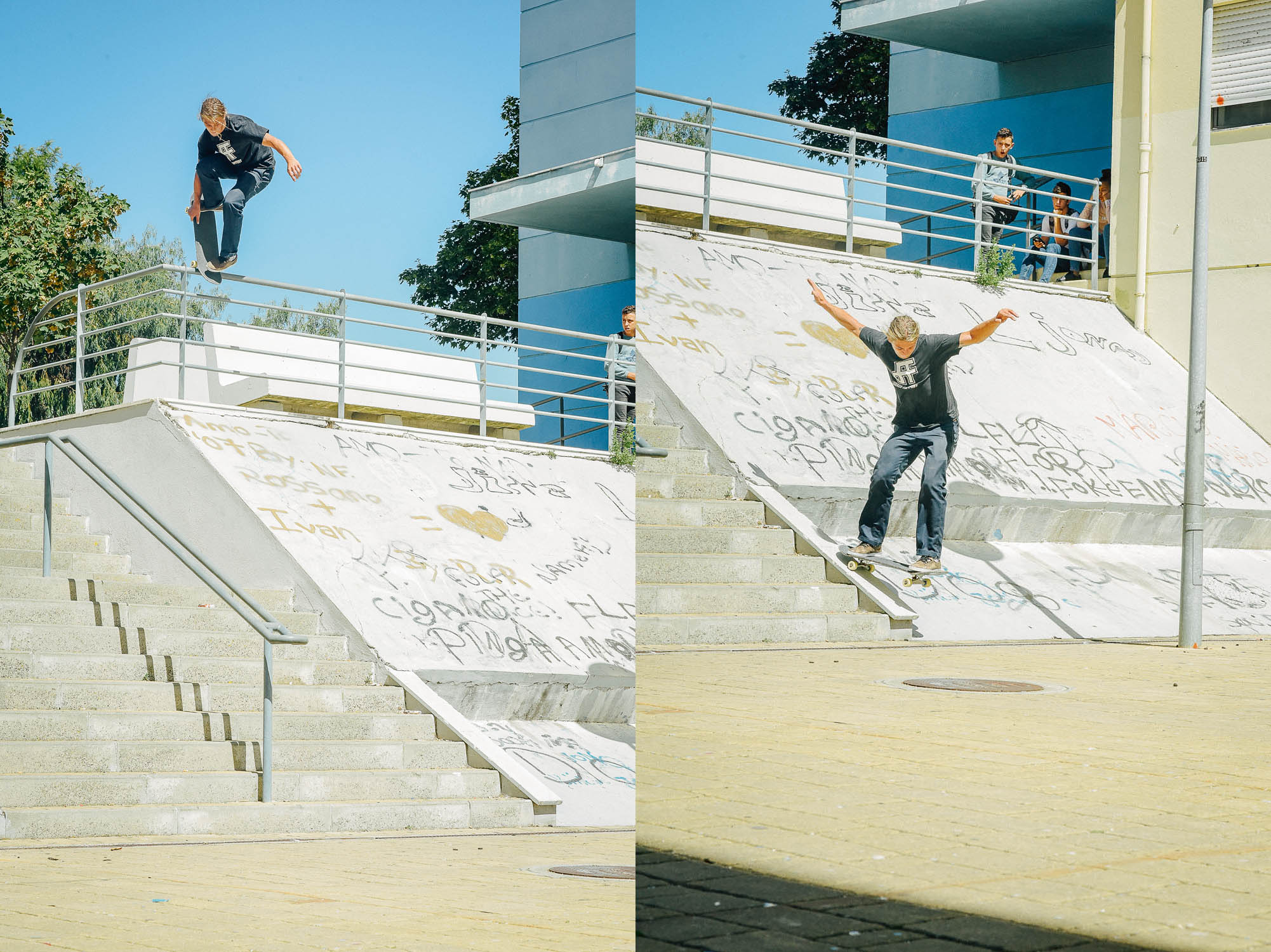 What did your other teammates think of that?
They were bummed. They would go to bed at like 8pm and wake up at five in the morning. I’d be out partying and come home at three or four.

But you guys still won the whole thing!
Yeah it was insane. They tried to make me do it again this year, but I was like ‘hell no’.

Who are your sponsors now?
Creature, Emerica, Indy, Mob and DAF.

What is DAF?
DAF is a coozie company. You know, the beer holders.

Yeah!
The guy I’m staying with, Noah, he’s filming the Creature video, and that’s his company: DAF Made.

I have a friend here who loves coozies (Guy Jones).
I kept the same coozie for almost two years in my back pocket. It’s so old, dirty, broken and just smells like old beer, but it’s my little lucky coozie I always have. 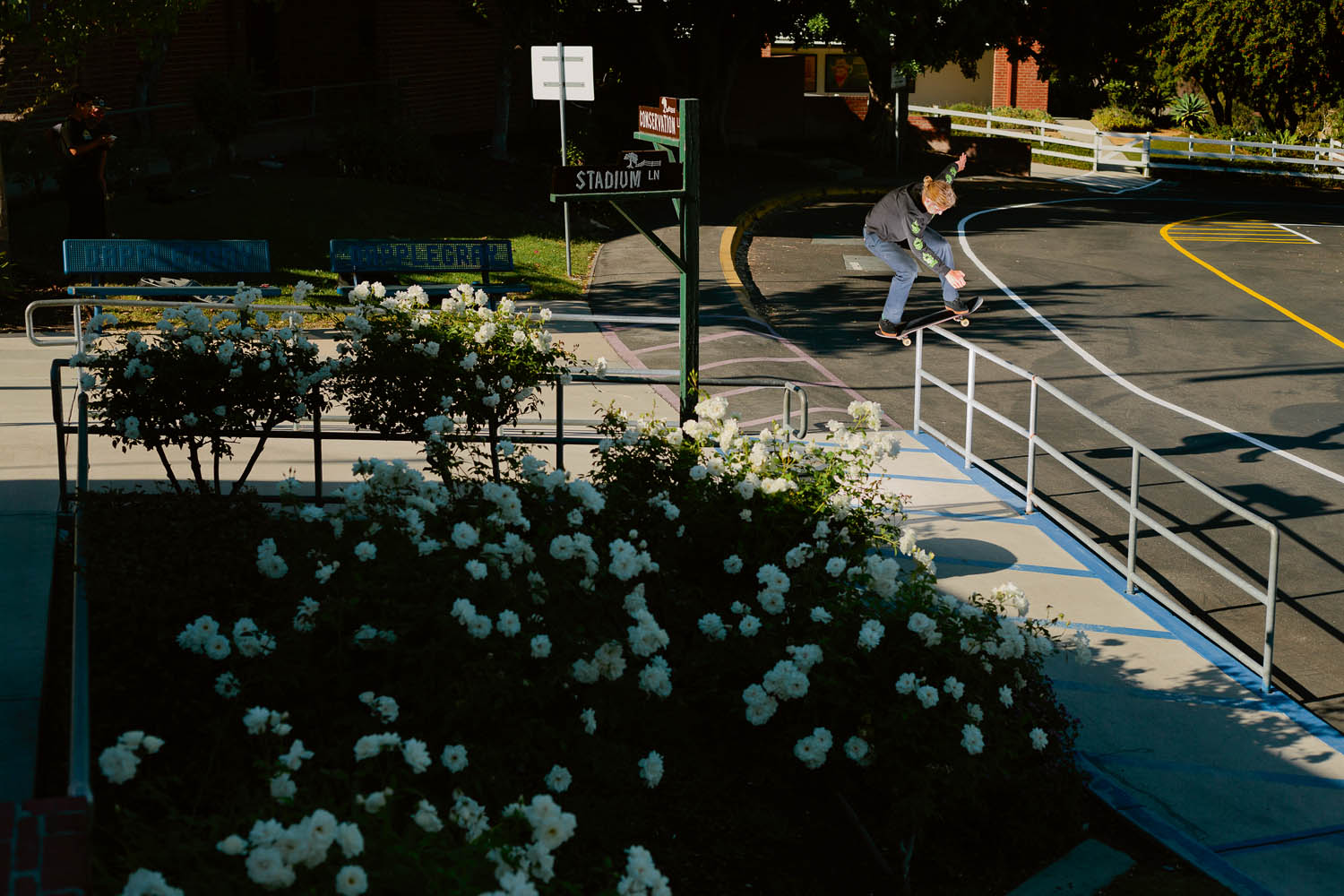 Sick! So what do you have lined up for 2017?
The Creature video is coming out in April. We might go around the US and show the video. But then I’ll do basically what I do every year in Europe: go to Copenhagen, go to all the little contests and skate all around Europe. I always come back to Europe for the summer. Europe in the summer… It doesn’t get much better than that!

It doesn’t! OK anyone you’d like to thank?
I want to thank my family, all my sponsors, and all the homies you know who you are! Smokes!!!