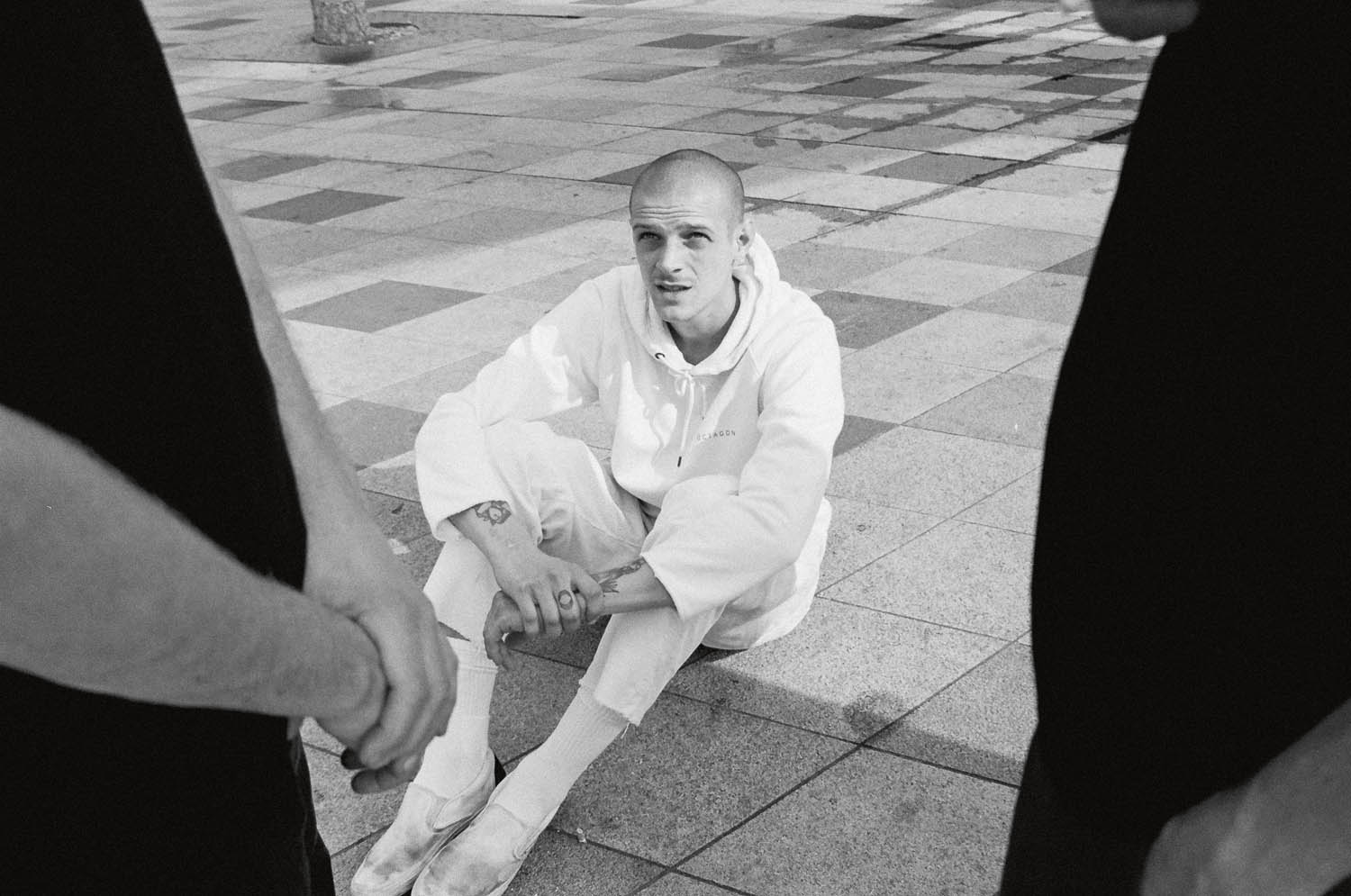 I interviewed Val for a French magazine two or three years ago and I have to admit that I didn’t really fancy just redoing the exact same thing. But I’m a nice guy, so what I will do is fill you in on the main things you could learn about him from that interview so that you aren’t completely lost. Val is from the north of France, Lille to be precise. When he was younger he’d drive all the Parisians mad by begging them for a place to stay in order to get into the wonderful world of French sponsored skating. There was also something in there about how he was supposedly gifted and skipped a class at school; a rumour that he decided to deny in the interview although he’d been keeping it going for a little while… Val also chatted about Zeropolis skate shop, which he was involved with for quite some time as well as the early days of Octagon… Anyway if this stuff is actually of any interest to you feel free to DM him, he’ll be available to answer any questions about his career, projects, fears and fantasies…

I will now proceed to give you a little update on Val’s current life in a way that although not particularly informative, should at least be a little different and possibly even funny if I’m lucky. 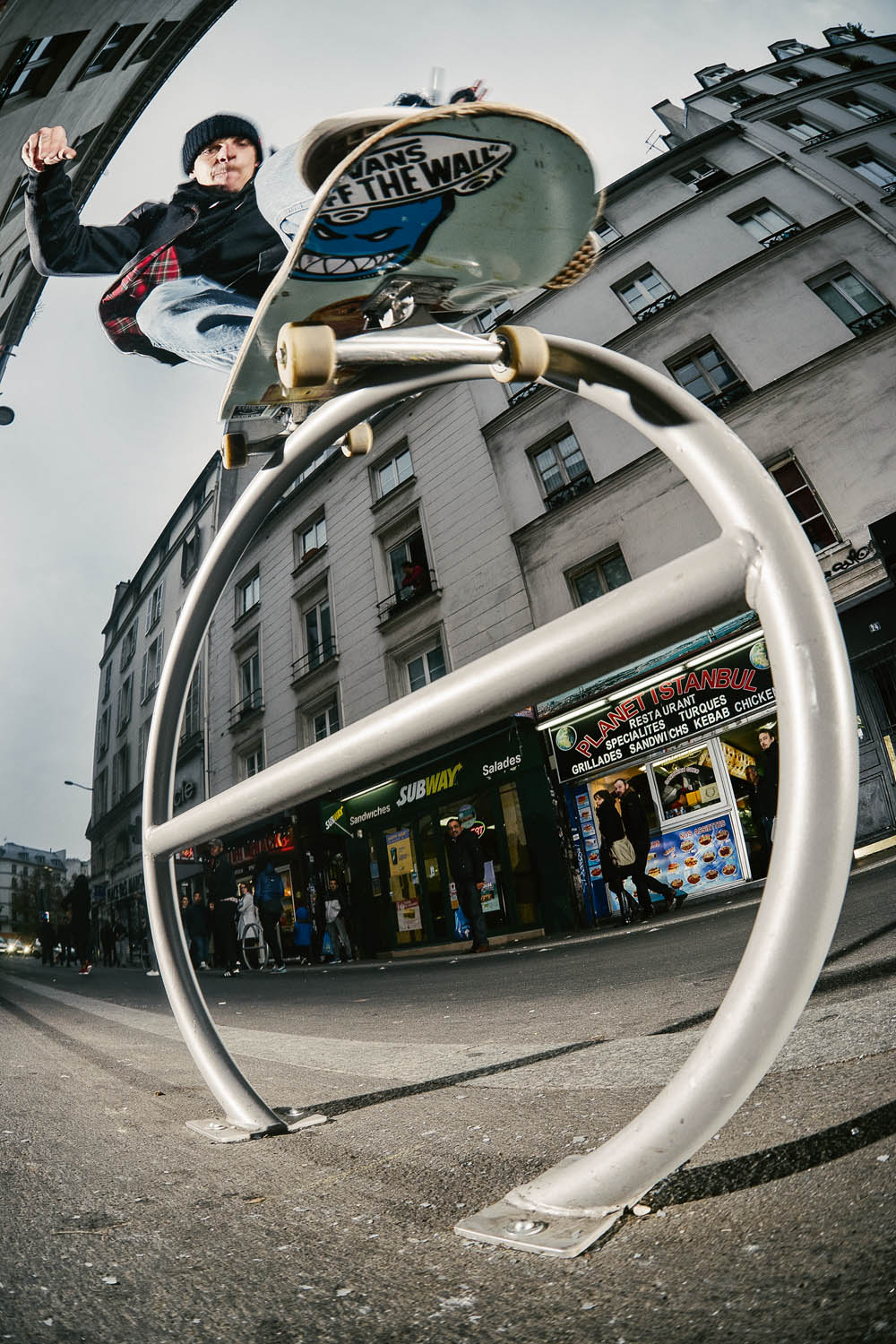 Now, given that I’ve known Val for a long time I’m going to start off by painting an objective portrait of the man and for that I won’t be the one asking the questions: a personality test coming to you straight from ‘the internet’ will. Here are the multiple-choice questions with his answers underlined.

On the phone you dislike:
a) Conversations that drag on
b) Days when you don’t get any calls
c) Going straight to answer phone

Your mother-in-law invites you over for a Sunday lunch and you bail:
a) Because she shouldn’t start making this a tradition
b) Because you’d already made plans
c) Promising you’ll come next weekend

You hate:
a) Walking around naked at home
b) When a friend shares one of your secrets
c) Being alone in the dark

You wish that at your work:
a) You’d be paid better
b) You’d be offered tasks you were more motivated by
c) You’d get more compliments

A policeman accuses you of driving through a red light:
a) ‘Not at all it wasn’t even orange!’
b) ‘Sorry it was an accident…’
c) ‘I’m in a hurry I need to go and pick up my daughter from school’

For you the most beautiful love letter is:
a) The one you never sent
b) The first one you ever received
c) The one you’d love to receive today

When you spend a day without seeing anyone:
a) You use that time to catch up on work
b) You get some rest
c) You feel a little lost

If your son was hesitating between these three sports, you’d encourage him to:
a) Ride a bike
b) Play tennis
c) Play football

Your hoover is making worrying growling noises:
a) You give it a kick
b) You call your husband and his toolbox
c) ‘It’s an old one, it’s fine…’

When your friends chat about their work you sometimes envy them because:
a) They have nothing to worry about
b) They get time to spend with their families
c) They must meet fascinating people

Here’s what ‘the internet’ has concluded about Valentin’s personality. Apparently he’s ‘sociable and wilful’ which they then followed up with:
‘He’s extremely stable both in feelings and in reason. Autonomous, sociable, Valentine can easily put himself in other people’s shoes to take into account their sensitivities and interests. Sadly his kindness is also his weakness; he believes in others so much that he thinks he can move mountains for them, but sometimes good will just isn’t enough.’ 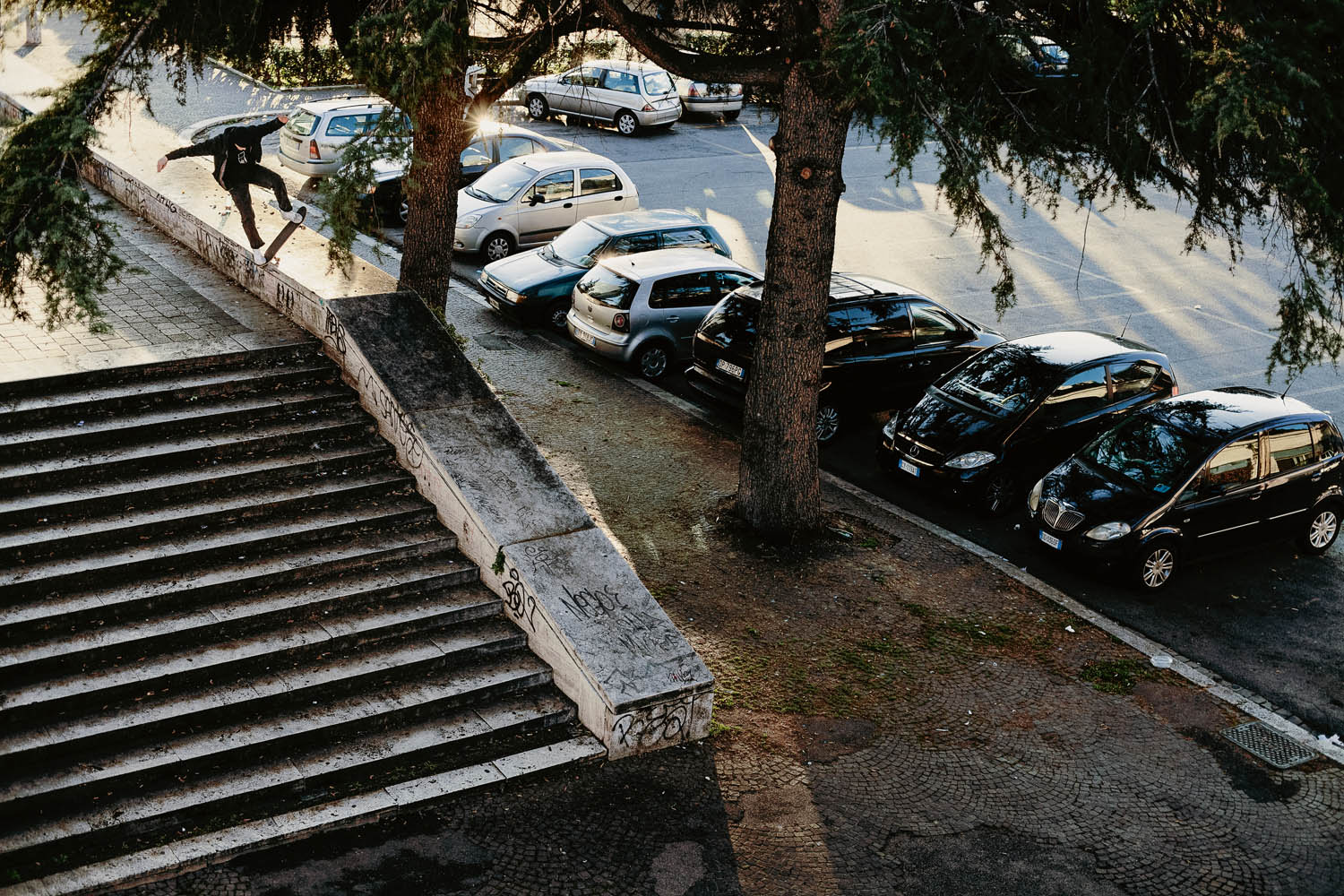 OK I’m not particularly satisfied with this review. ‘Sociable and wilful’, I’m just about okay with that, but the whole believing in others so much ‘he thinks he can move mountains for them’ business… Come on now, he’s hardly a saint. So I decided to give him a second test, one where he has to finish sentences and this time I’m the one that will be doing the analysis of his answers.

1) When the enemy captured Pierre…
War was declared.

3) I’ve admired…
And I still admire a lot of people.

4) The fact that he failed made him…
Vulnerable in the eyes of his critics.

5) Every time he wasn’t invited…
He organised something else instead.

6) I’m making an effort to…
Not let people down.

7) Unable to find anyone to help him Jean…
Started some online crowd funding bullshit.

8) What really drives me in my life is…
Making each one of my dreams come true so I can replace them with new ones.

9) When he’s free he likes to…
Use that opportunity to seduce. 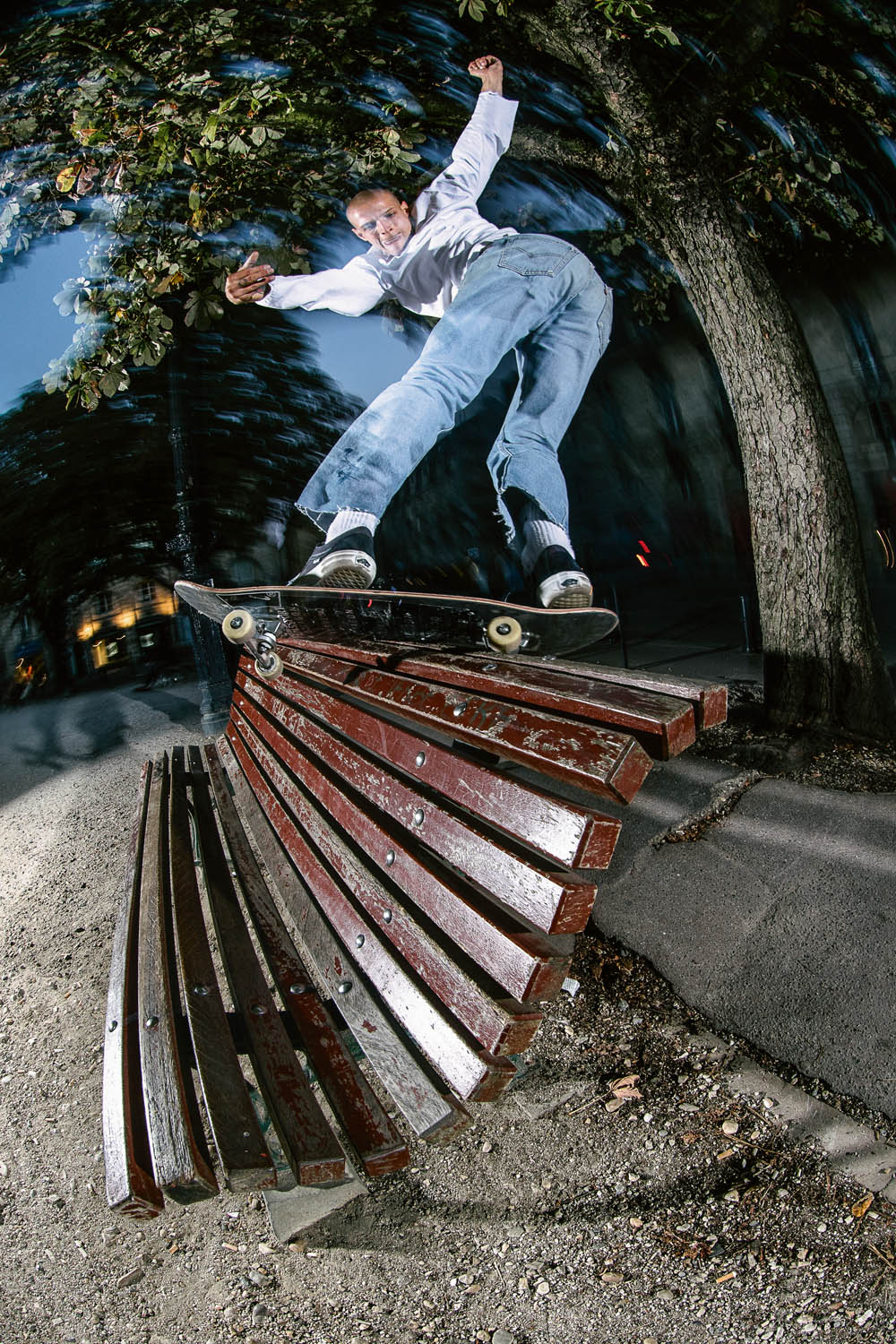 10) What I want out of life is…
To be healthy, attainable, motivating and simple.

11) Nothing more tiring than…
Trying to beat anxiety.

13) Robert would do anything to…
I’ve never met Robert.

14) Max feels that he’s suffering from…
I haven’t chatted to him in a while.

15) Georges was a bit bothered because…
He’d cheated on his wife with an air-hostess?

16) What they liked the most was…
Accumulating conquests.

17) He thinks that I…
Sometimes over-think stuff, he’s often right.

18) He always introduces himself as if…
He didn’t know we’ve already met a bunch of times.

19)When we told him it was dangerous…
He tried to think of another solution.

20) His past experiences taught him…
To listen to his instincts and to not go against his impulses.

Sentences 7, 13, 14 and 15 show us that Valentin is creative and rather funny, which is sort of true. But the main thing that comes out of this text is that he’s clearly a narcissistic pervert with psychopathic tendencies (see answers
2, 11, 16 and 17). 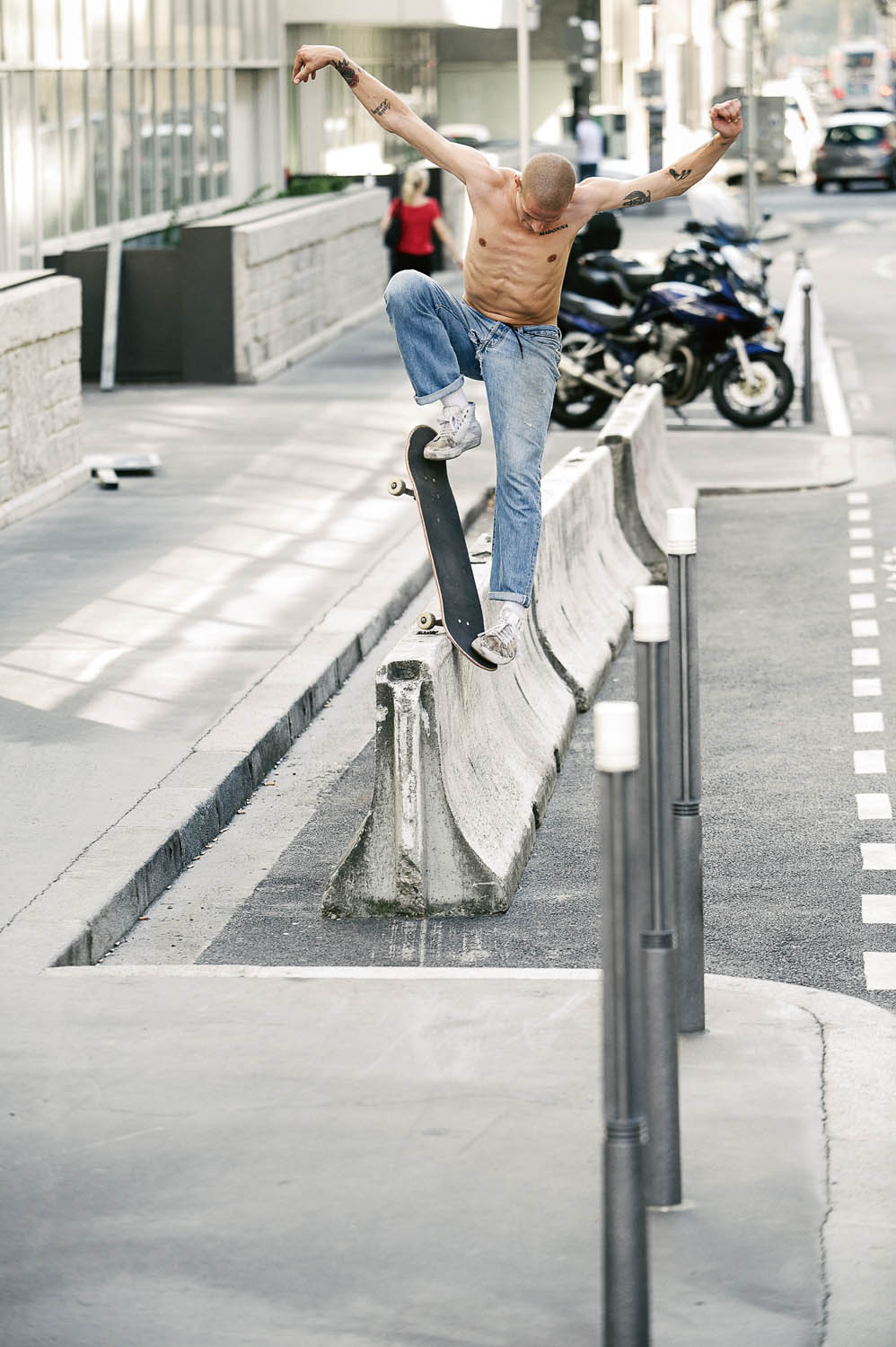 Because of these conclusions I decided to go straight into another test that would confirm my theory: ‘Are You A Psychopath?’ Sadly he only got 30% so I decided not to share it with you. On the other hand what came out of the two previous tests, and that is a real update about Valentine’s life, is that he’s now more or less a model. Indeed he now pops up in Paris during every fashion week in hope of getting some sort of validation from a casting director in order to wander around on a catwalk for thirty seconds. I’m a little scared for Val though… Scared that he’s not actually ready to face the ruthlessness of the fashion industry, scared that he’d not be strong enough to face the judging eyes of these hordes of Eastern European supermodels, scared that he might slip into anorexia… So I decided to give him a test from Grazia, just to make sure that he’s got what it takes to make it in the merciless world of fashion.
GRAZIA TEST

2. Spot the mistake amongst these summer 2016 trends:
a) The hamper basket
b) The lace dress
c) The one-piece swimsuit

3. Where does the word ‘denim’ come from?
a) John Denim who invented the Jean fabric
b) From the word ‘mined’ written backwards, the jean being originally part of miners’ uniform.
c) From the city of Nîmes where twill cotton is born.

4. Who said: ‘If I could be reincarnated as a fashion accessory, it would be a shopping bag.’
a) Karl Lagerfeld
b) Christian Lacroix
c) Jean-Charles de Castelbajac

5. Amongst these three pieces, which one isn’t a ‘basic’?
a) The trench coat
b) The little black dress
c) The denim shirt

6. What do French people call Kate Moss?
a) The twig
b) The weed
c) The field flower

7. What does the expression ‘see now, buy now’ relate to?
a) A service that will deliver your order in the hour.
b) That a brand has an e-shop
c) That you can buy clothes from the collections right after the fashion show

8. Who founded the modelling agency ‘Elite’ in 1971?
a) Helmut Newton
b) Peter Abdul
c) John Casablancas

10. What is Wax?
a) Clothing created by surfers
b) A product used to give jeans a ‘worn’ look
c) An African fabric

11. Who said ‘At 30 a woman needs to choose between her face and her bottom’?
a) Coco Chanel
b) Christian Dior
c) Naomi Campbell

13. What is Jean Paul Gauthier’s favourite piece?
a) The little black dress
b) The tuxedo
c) The striped jersey

14. Before she become the US Vogue’s artistic director Grace Coddington was _______?
a) A model
b) A painter
c) A florist

15. What brands are owned by two sisters?
a) Maje and Sandro
b) Zara and Desigual
c) Mango and Morgan 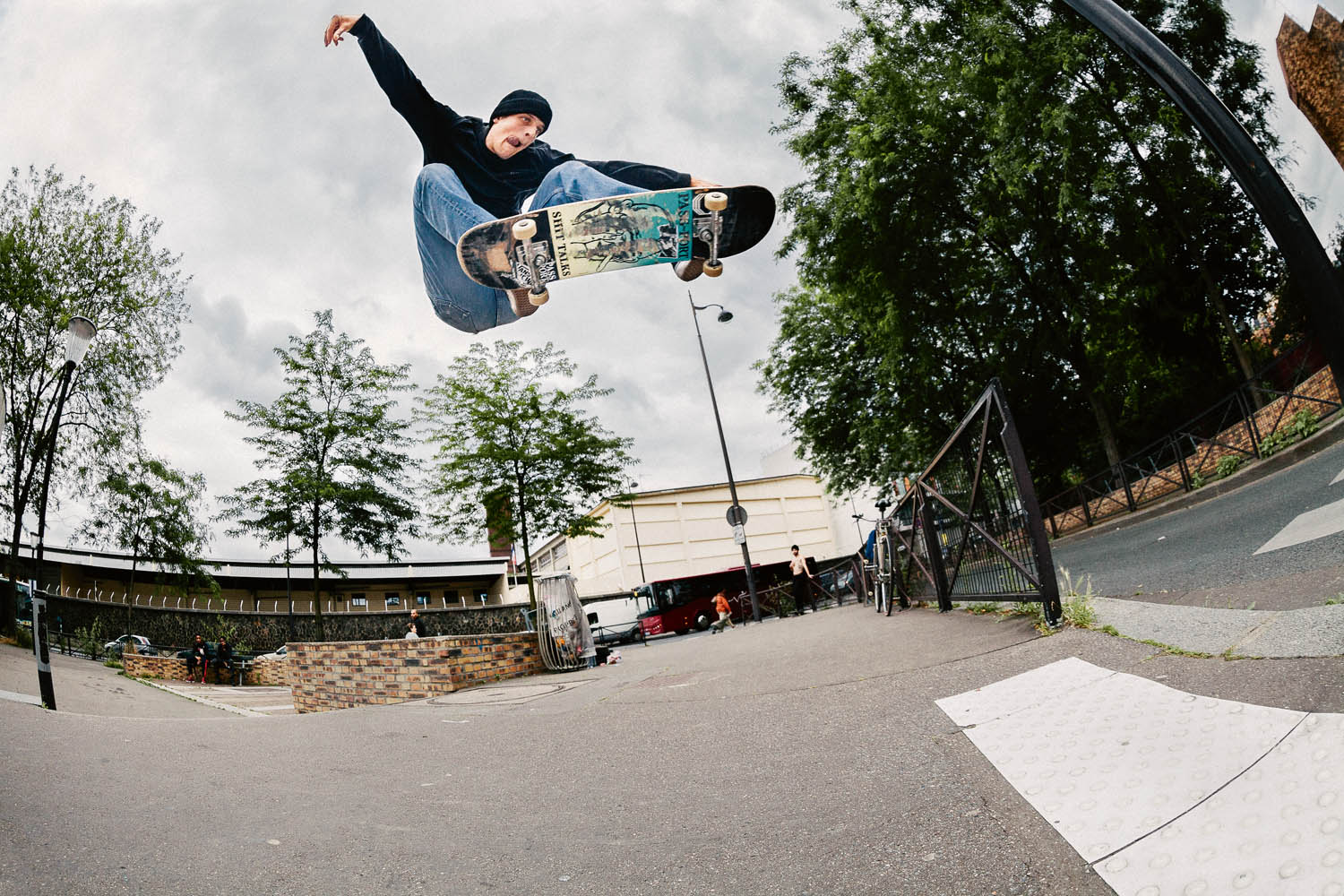 Here’s what Grazia made of his answers:

‘You’ve passed with a distinction! Val knows the fashion industry well and is aware of the latest trends. Something tells us Val is an avid reader of our magazine!’

I guess if even Grazia says Val has his place amongst the Gosha Rubshinskiys and the Karl Lagerfelds then all I can do is wish him the best in this world of Botox and luxury leather goods. 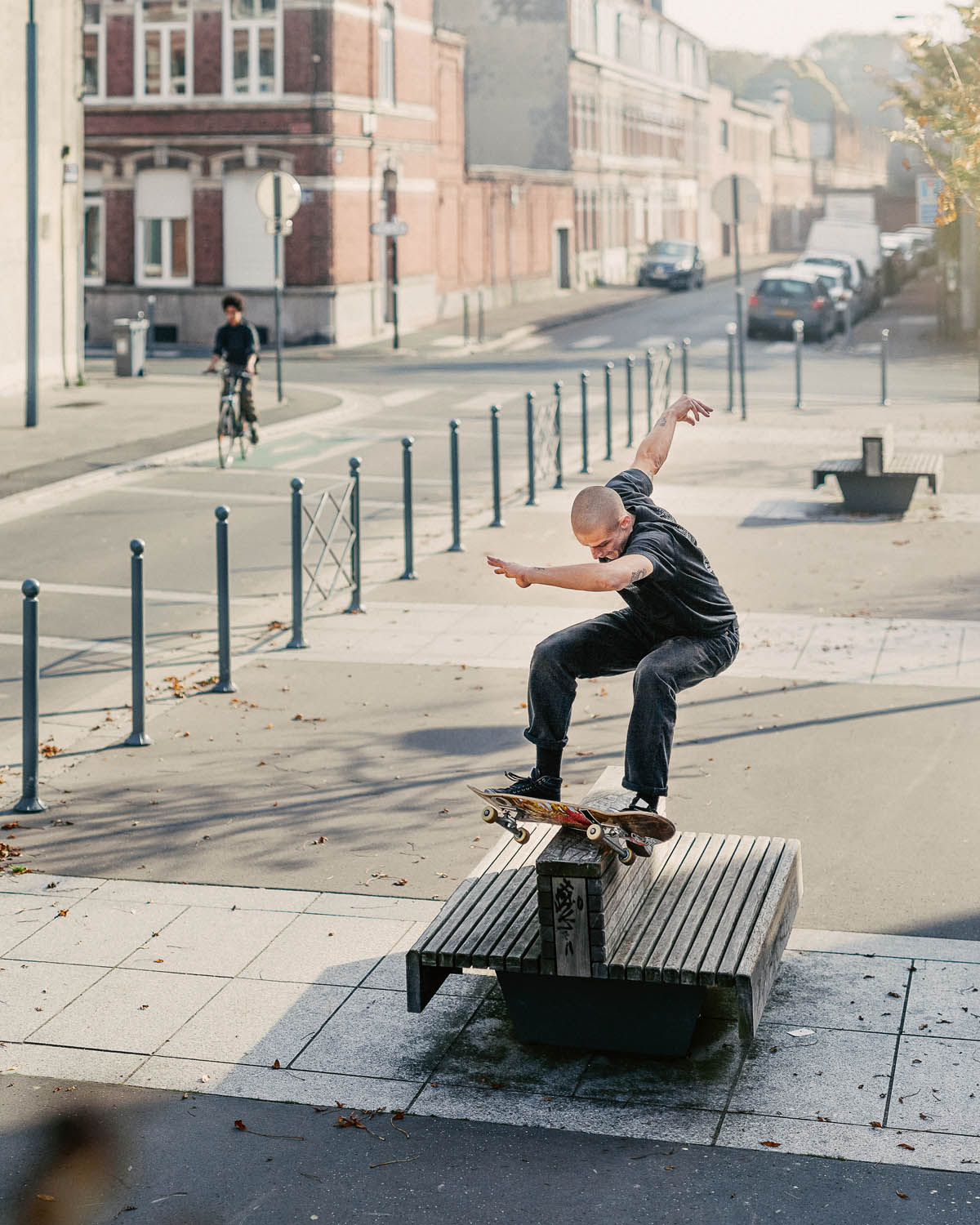 Now to wrap this up I’ve put together some questions from a game Val particularly enjoys and that I’m sure you’ll have played before (during long journeys especially): ‘Would you rather…’ (Allow me to add that this one is just a bonus test, that unlike the others, will provide very little information about our man)

Would you rather eat one of those tree shaped car deodorisers or have to change your grip every hour when you’re out skating?
New grip is always a treat!

Would you rather be forced to say ‘bro’ at the end of each sentence or have to wear 3D glasses your whole life?
3D glasses for sure, bro!

Would you rather have 80cm dreadlocks or have your mum with you 24/7?
I guess I don’t have a choice! ZIM ZIMMA! I’d even send the Canadian Blueprint a sponsor me!

Would you rather have a tribal face tat or have to smoke five packets a day?
The tattoo! Mike Tyson! It would probably go well with my new board sponsor too.

Would you rather have gnarly herpes on your lip that you couldn’t get rid of or have to only wear clothing made out of that synthetic vinyl latex material?
The full vinyl outfit! I’ll just claim I’m a massive George Michael fan.

Would you rather have an eyebrow piercing like Drazic from Heartbreak High or have to skate with two left shoes your whole life?
Well I’ve already got the dreads and the face tat so at this point it’s not like a little piercing will make things much worse. Plus with my vinyl outfit it kind of makes sense…

Would you rather never have access to Instagram ever again or have to include one of Booba (French rapper)’s punch lines in every single one of your sentences?
Farewell Instagram!

I hope you’ve made it to here and that you now really like Valentin and more importantly that you’ll go on follow him on Instagram! (@val_bauer) 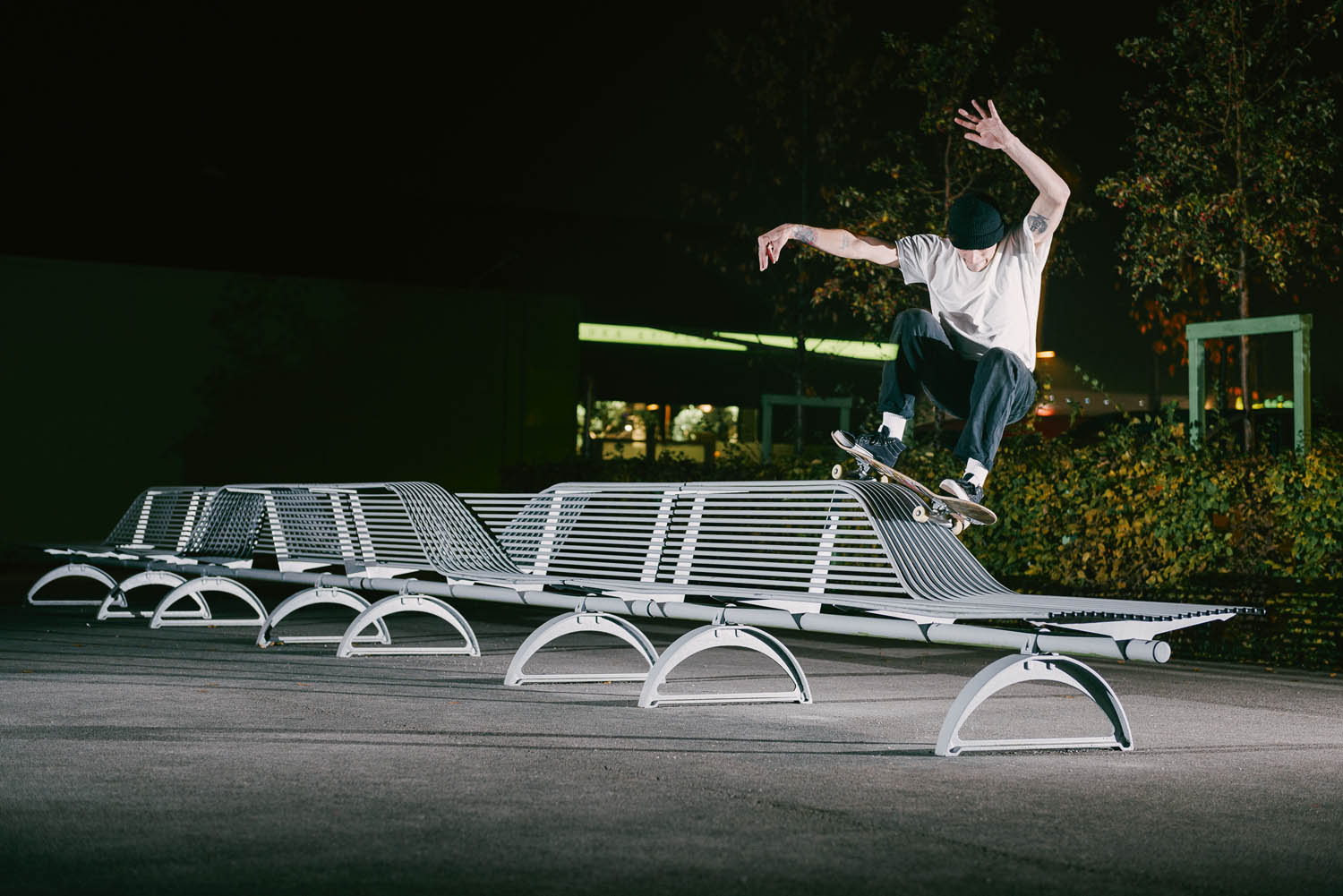