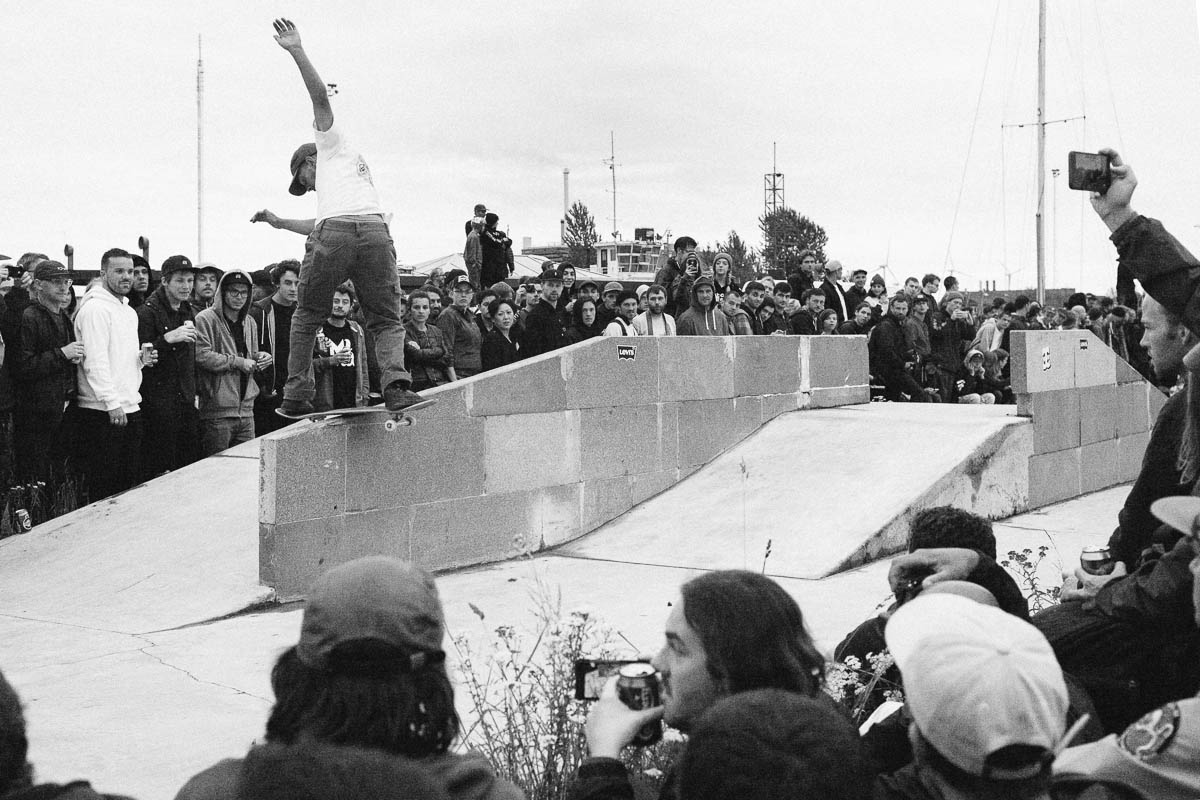 This past Friday Levi’s Skateboarding hosted an event at the infamous triangle spot in Copenhagen. It was Day 3 of of the CPH Open 2017 and the forecast that day was not ideal for skateboarding. After a wet, but merry boat ride to the destination we were first treated to beers by Levi’s at the Mikkeller Baghaven brewery and shown the new Levi’s Skateboarding Autumn/Winter 2017 collection. It was pretty wet out still, and I think we drank beers with the notion that the skate event would be rained out. But lo and behold it dried up and the skate event was on!

The triangle spot was built a couple years ago by the Levi’s Spot Delivery crew and it skates like a half DIY spot/half professionally made skatepark. With the rain coming and going some skateboarding finally happened. Sebo Walker, Madars Apse and TJ Rogers weren’t afraid to skate the course when it was entirely wet. The contest began slightly behind schedule when everything dried up. There was loads of ripping, but Luan Oliveira, Tommy Fynn, Franky Villani, Jorge Simoes and Vincent Milou were the ones that made it to the finals. Luan took first place honours and then the park swarmed with locals and visitors for a rammed session. Some people jumped in the river, some went into the portable sauna, and most everyone drank  beer or two.  Then it was time to jump in the boat again to head to the afterparty. (Sit down, sit down, sit down!) The Levi’s afterparty was at one of Copenhagen’s most famous clubs, the Chateau Motel, where we all drank and danced the night away. Thank you Levi’s for the great event, the beer and continued support of skateboarding.

Check out the photo gallery by Sam Ashley below: 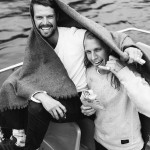 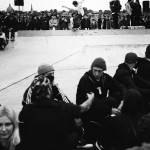 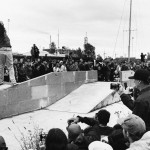