For Autumn/Winter 2017 Levi’s has brought the classic 501 jean into the skateboarding line. To celebrate this, Joaquim Bayle produced a short edit featuring Levi’s France riders Valentin Bauer, Quentin Boillon and Edouard Depaz skating around Paris. In addition, Maxime Verret shot some photos and everything culminated in an exhibition last night at Parisian art gallery The Community. We spoke with Joaquim and Val about the making of the edit, nineties fashion, cut-off jeans, overalls and more.

Joaquim, What was the idea behind the edit?
Joaquim Bayle: Ok so the first Idea was that… Ok every time I come to Paris I feel like it’s overcrowded. I have a hard time with it. So this time I wanted to show the space between the guys and the pedestrians. The idea was just to explore it a bit showing the space when you skate and what kind of people you see.

Who did the illustrations?
Joaquim: I worked with Morgane Guerry on this; she is a Parisian illustrator. She created the animations and helped me with building a bit more sense to the clip’s intention. It is important for me to add a little touch to the clip by working closely with someone who is outside from skating. It’s a bit refreshing since it’s adding more contrast – contrary to work with a skate nerd. 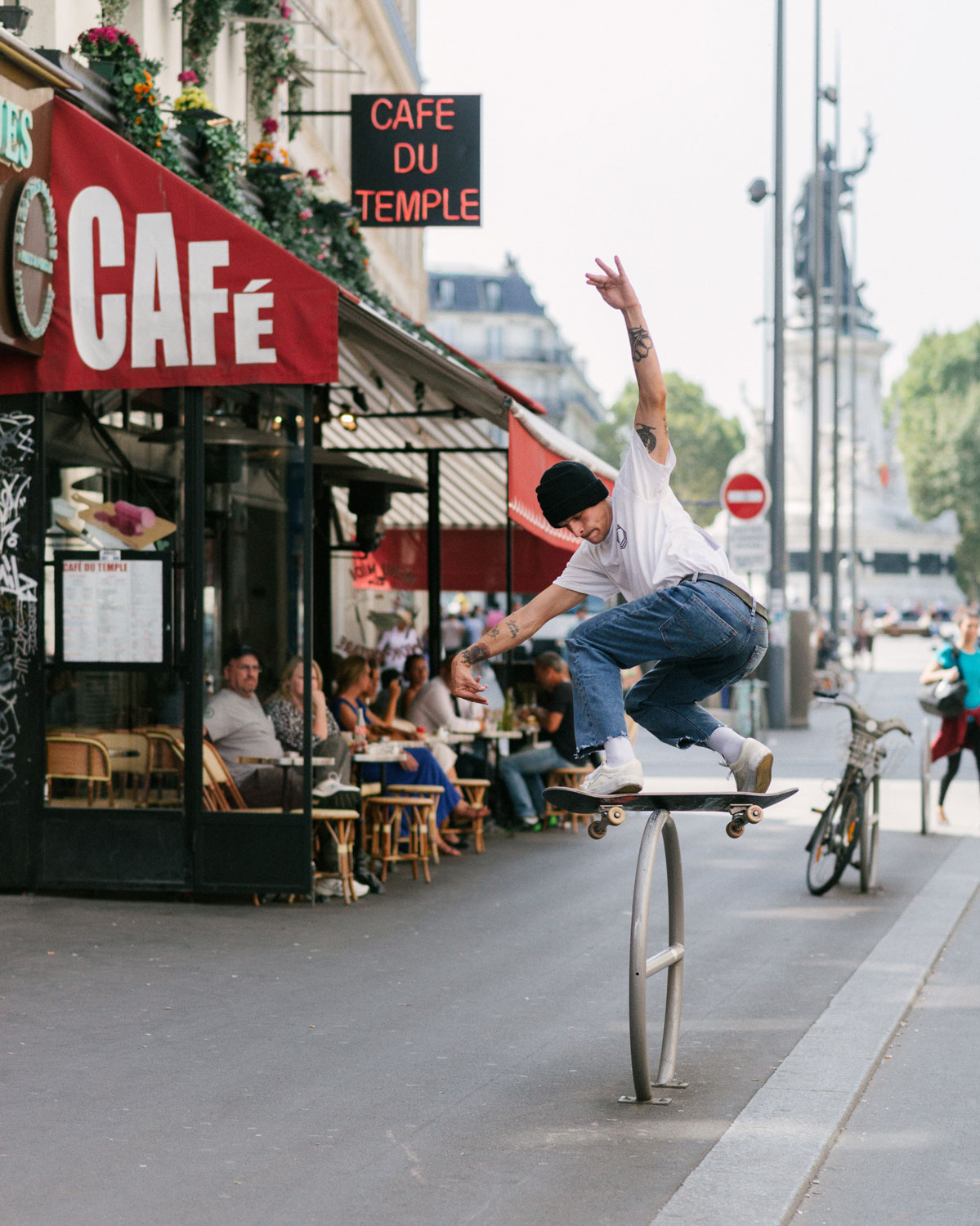 Val I noticed all you guys cut off your jeans at the bottom. Do you wish Levi’s made more jeans with a 28-inch leg?
Val Bauer: I think cut-off pants look better than high waters. Does that make sense?

Yeah I understand, it looks better to you cut off than tapered high.
Val: I think so; that’s my opinion at least.

So are you hyped the 501 is finally in the skate line?
Val: Yes! I’ve been wearing those (501s) before it was in the skateboarding line. I like the material and I like the fit.

The Levi’s 501s are a baggier jean, which automatically makes me think of nineties skate fashion – especially with the jeans being cut off at the bottom. Are you guys a big fan of nineties skate fashion?
Val: Yeah I mean cutting them off makes them really close to secondhand Levi’s in my opinion, and that’s what I like. There’s no real big thing I have with nineties fashion. I like a lot of things in skateboarding and not a special era, I just think those pants look better if you cut them off.

Joaquim: I don’t think it was the purpose to make it look more nineties in the video, the guys just cut the jeans themselves and I think it fits pretty well with Levi’s. I’m not sure if I wanted to put a nineties vibe in the clip; I just wanted to show that you’re also using the sidewalk as everybody does but you always feel that you’re not the same as the rest. You always feel a bit on the side when you’re skating. I just wanted to show that. So it wasn’t really a nineties inspiration, the cut off jeans was the guys’ thing, but I think it fits pretty well with it all. 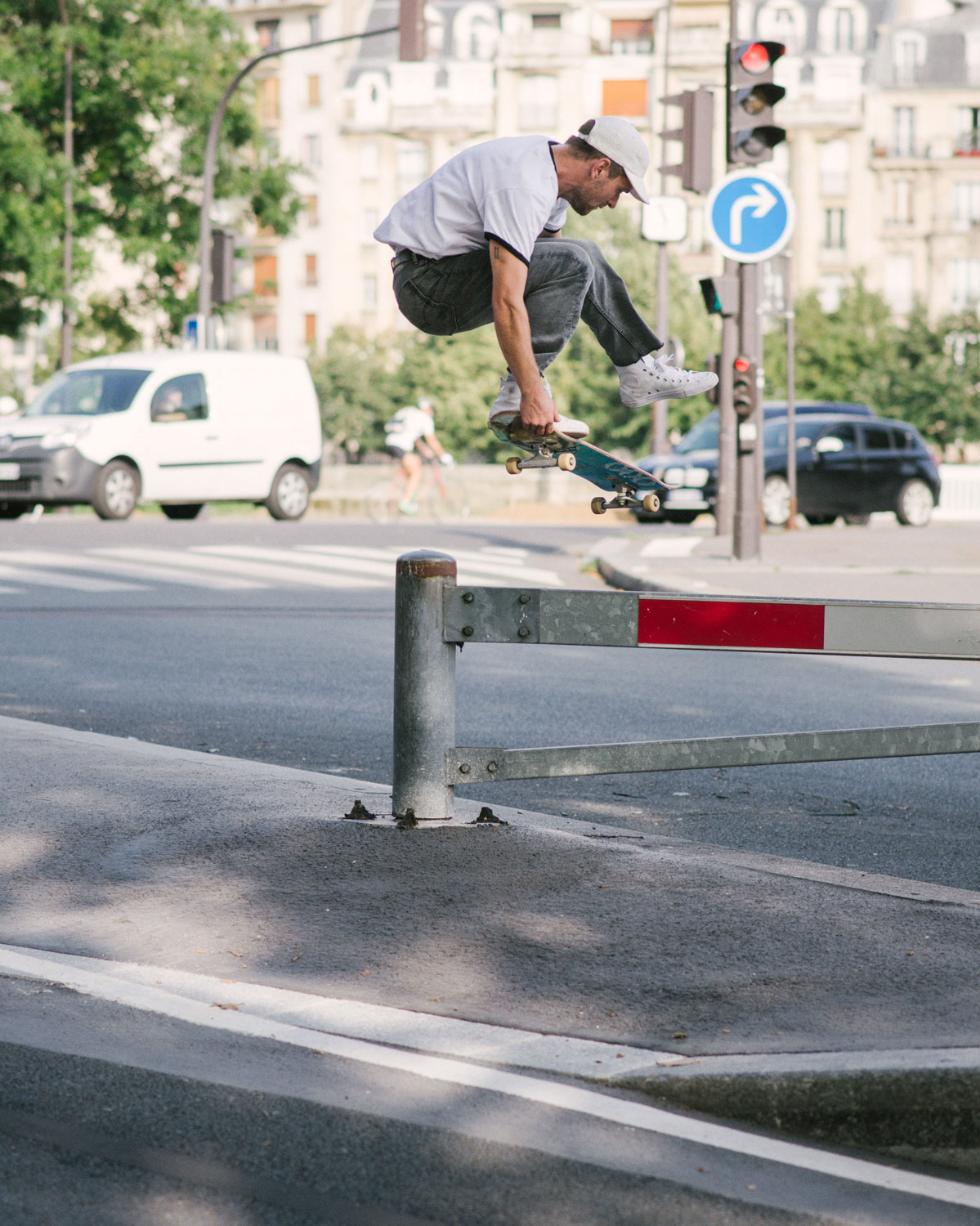 How did it feel doing this edit compared to an Octagon one?
Val: The only similarity is the name of the filmer and the name of Edouard and myself. The nice thing is that we trust Joaquim’s work and so we are confident about filming with him. Both are similar in that we are working on a skate edit, but our mind-set is pretty different when we are working on an Octagon edit. The first thing for Octagon is the spot. Finding the spot for an Octagon video is the first part of the edit, but here on this Levi’s thing we were a bit freer. Also Joaquim wanted us to go to spots where it was more crowded so we didn’t go to the suburbs.

Yeah most of the spots looked like they were on the sidewalks and pedestrian pathways.
Val: Yeah that was the idea, but at the same time it was cool to skate different spots than we do in the Octagon edits. You can’t always be stuck in the system.

Joaquim: I mean it was kind of the same with Edouard and Val (as an Octagon edit), but it was nice to have a tight crew with those two and Quentin. It was refreshing to skate different spots than I usually do with Octagon. (Editor’s note: Octagon edits adhere to a strict code of only spots on newer ‘futuristic’ architecture.) I really wanted to explore more of the dirty Paris and these kind of spots. I think Paris has a lot of contrast with super dirty areas and also super fancy ones and that was fun to play with that. It’s a big change from what we do with Octagon.

Over how many days did you guys film this?
Val: Only five. To be honest I’m still a little bit frustrated that it was that short as it was a tight schedule for everybody. It was quite a rush for everybody because we knew it was so close to the time of the exhibition. I was a little frustrated that it wasn’t a longer mission, but sometimes you have to deal with these things.

Well you guys did a good job in just five days.
Joaquim: It was pretty short, but we managed.
Val: We basically had no choice. What I want to add is when you skate, you always want more you know?

Yeah every video part you always wish you could do more…
Val: Yeah it’s the Schindler side of skateboarding. (Laughs) 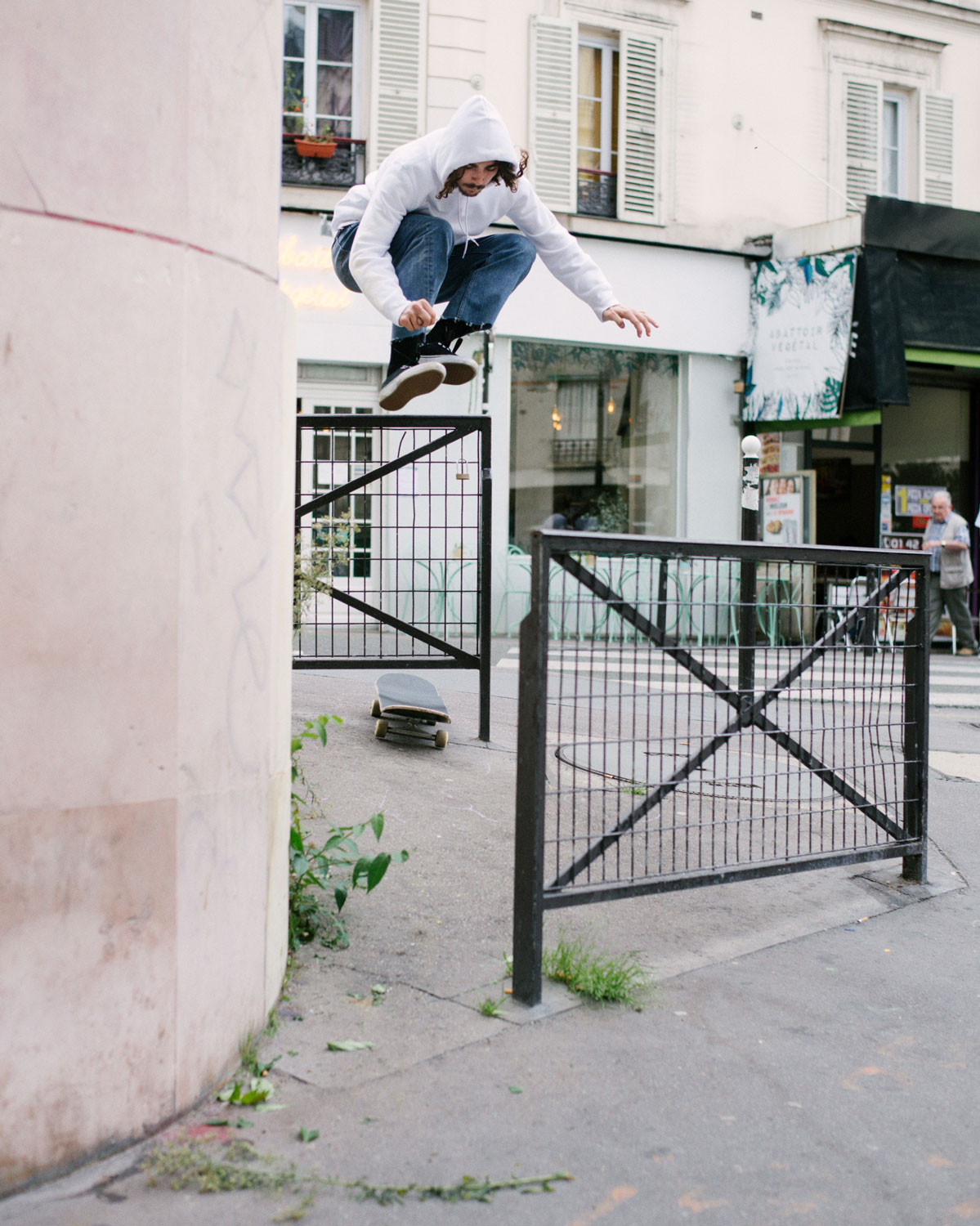 So Val, yourself, Edouard and Quentin all aren’t originally from Paris. Do you think Paris is the capital for French skateboarding?
Val: Yeah for sure. Actually I’m leaving my flat now in Lille and I’m crashing at my girlfriend’s flat in Paris.

Joaquim: Yeah like I said I’m always frustrated when I come here, it’s crazy, but for spots it’s amazing and so much can happen. There are just so many people around and sometimes it takes hours to get from place to place. But still, Paris is really good for skateboarding.

Joaquim, who do you reckon is the most on trend right now out of the three? I mean Val has the tucked in t-shirt, but Quentin is coming hard with the body varials….
Joaquim: That’s a hard question! (Laughs) I would say it’s between Val and Quentin.
Val: You’re free to talk shit Joaquim but don’t forget I skate for your company!
(Everyone laughs)
Joaquim: Well Quentin did a lot of body varials for sure… I would say Quentin is really on trend.

Val do you know if Quentin has been pressing the Levi’s people to make some Levi’s overalls in the skate line next season?
Val: Did he really ask them?

I’m asking you if you know!
Val: He’s pretty new to Levi’s but I think he hopes they will. I saw he just got a pair from London.

Not too many are brave enough to wear overalls…
Val: It’s exotic.

While we are on the topic of fashion, Val I know you are a fashion connoisseur, does being affiliated with Levi’s help get you into the elite Parisian fashion parties?
Val: Not yet to be honest, but I hope it’s going to help.

Well maybe this edit and exhibition will open some doors for you?
Val: Yeah it could be a good trigger to go to a nice afterparty after this one; I hope so. We’ll see…

Thanks guys. Anything else you want to add?
Val: I hope the edit speaks for itself. That’s the goal I guess. I hope people will like the vibe and it was a cool five days.

Click below for a gallery of Maxime Verret’s photos. 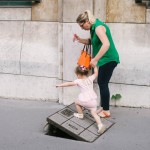 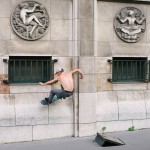 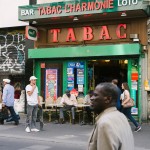