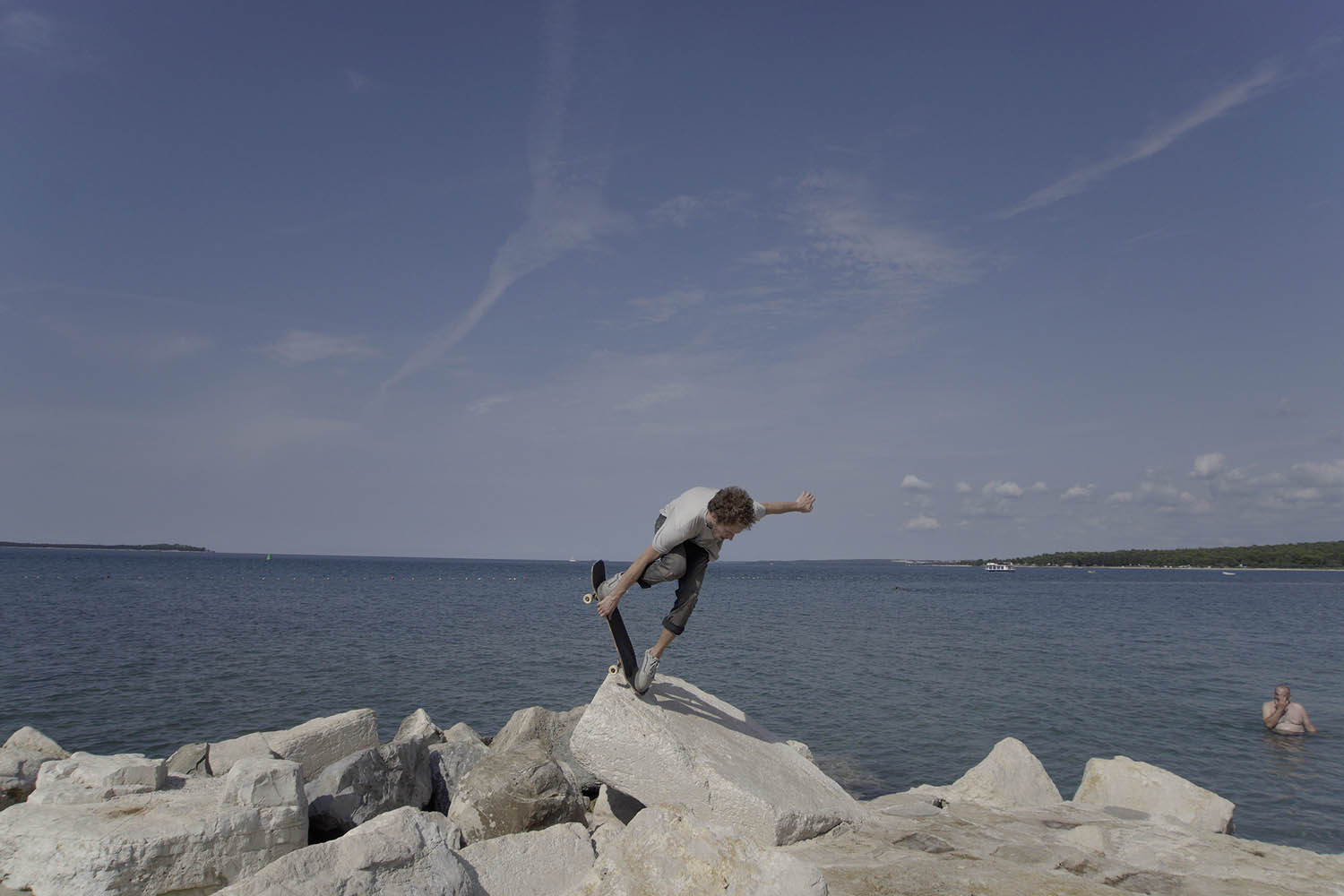 If you aren’t familiar with the yearly Vladimir Film Festival already, sorry to say you’ve been sleepin’ and slippin’. Now one of the main underground institutions in modern skateboarding altogether, all the while standing out as a commercial oddity being 100% ran by the locals out of their personal pockets and Istrian hearts first and foremost, you’d be hard-pressed to run into a local event with better curated exhibitions, thereby attracting the attention of guests all showing up in a 3000-inhabitants fishermen’s village (and former military zone complete with fortresses) from all over the world. 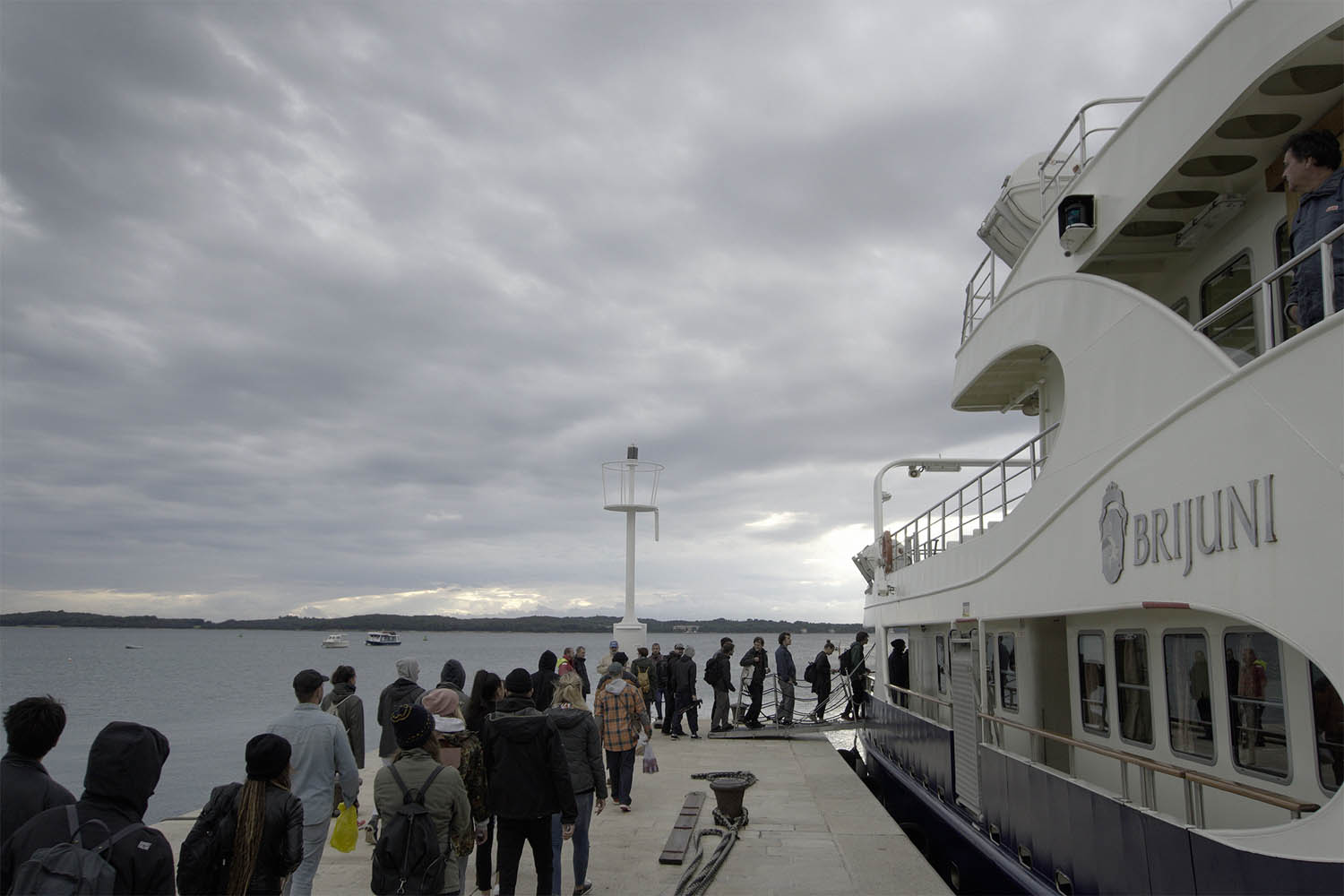 Ferry to the Brioni islands screening.

This year’s edition (taking place Sept. 21-24) was no exception and, indeed, again hit remarkably strong, not just as far as the quality of the program, the impeccable schedule, or the dream-like holiday landscapes (if you’re a visitor) are concerned, but also in terms of popularity as guests from most continents ended up finding their way to Fažana and Pula, Croatia for a handful of days spent binge-watching independent skate videos and publications, studying photos, sharing approaches – exchanging. When they aren’t playing table tennis tournaments ’til 5 AM after screening skate films at former Yugoslavia president Tito’s private outdoor cinema, or stuck in an ale-induced vortex at Black Lady’s that is. 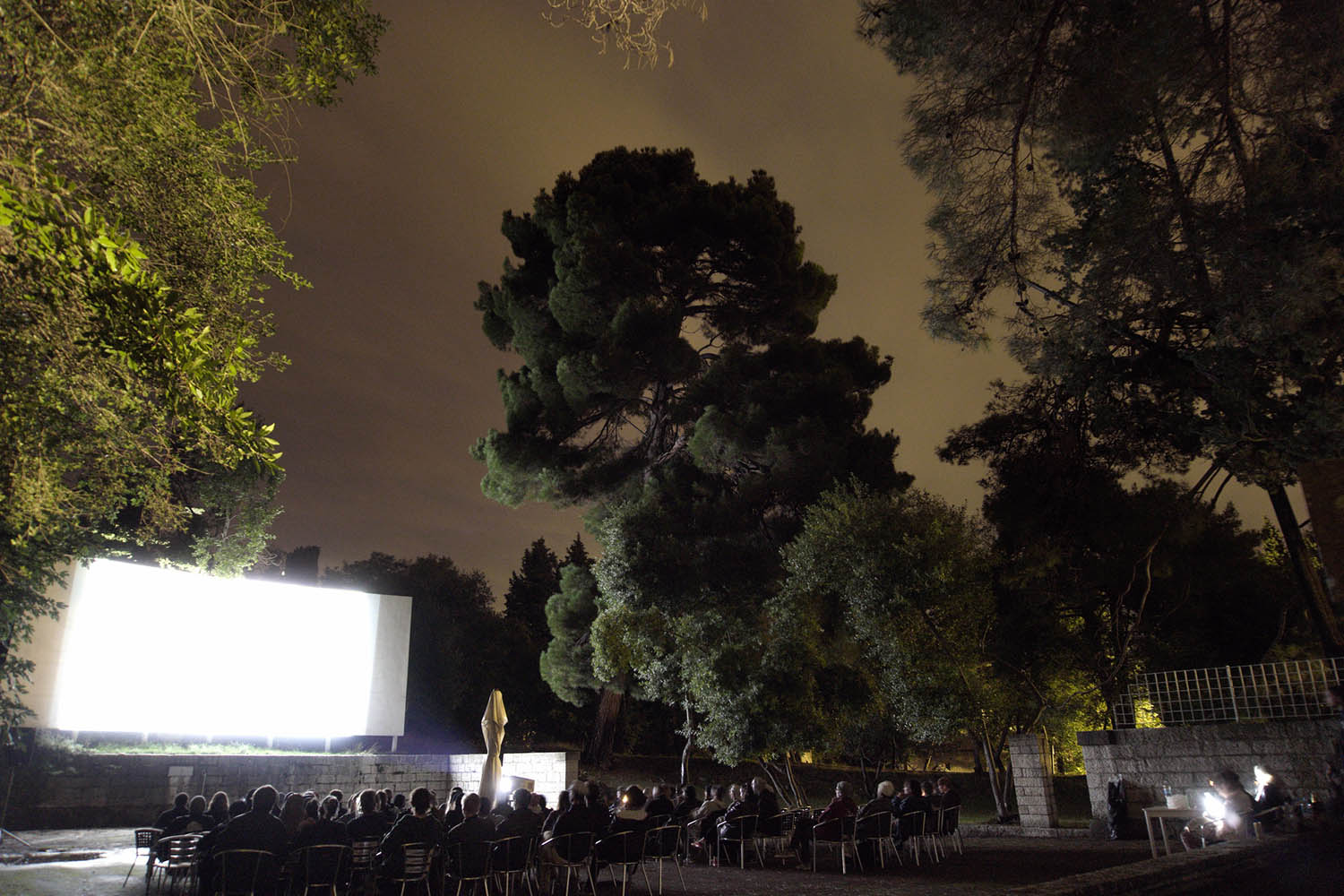 For this 7th edition, Taufek Asmarak of Waxfeather visited the festival from Singapore, while Francisco Saco and Miguel Castro showed up straight from Costa Rica in order to play the former’s new full-length film, Canasta. Among other guests one could also spot NYC’s very own Connor Kammerer, accompanied by Zach Chamberlin from SF, and a now Antwerp-based Richard Hart; Rémi Luciani from France with a master copy of Marseille Zoo 4; George Toland, Joel Peck, Rich West, Joe O’Donnell as well as many more UK lads innit, tryin’ to get the best out of ‘a what must off tasted like a handful of olive oil-bathed and -nurtured sunny days of skateboarding around the city of Pula. Some members of Budapest’s private Rios club also got to shred in between two poor sightings of everybody’s barely digestable amount of ingested local pizza… 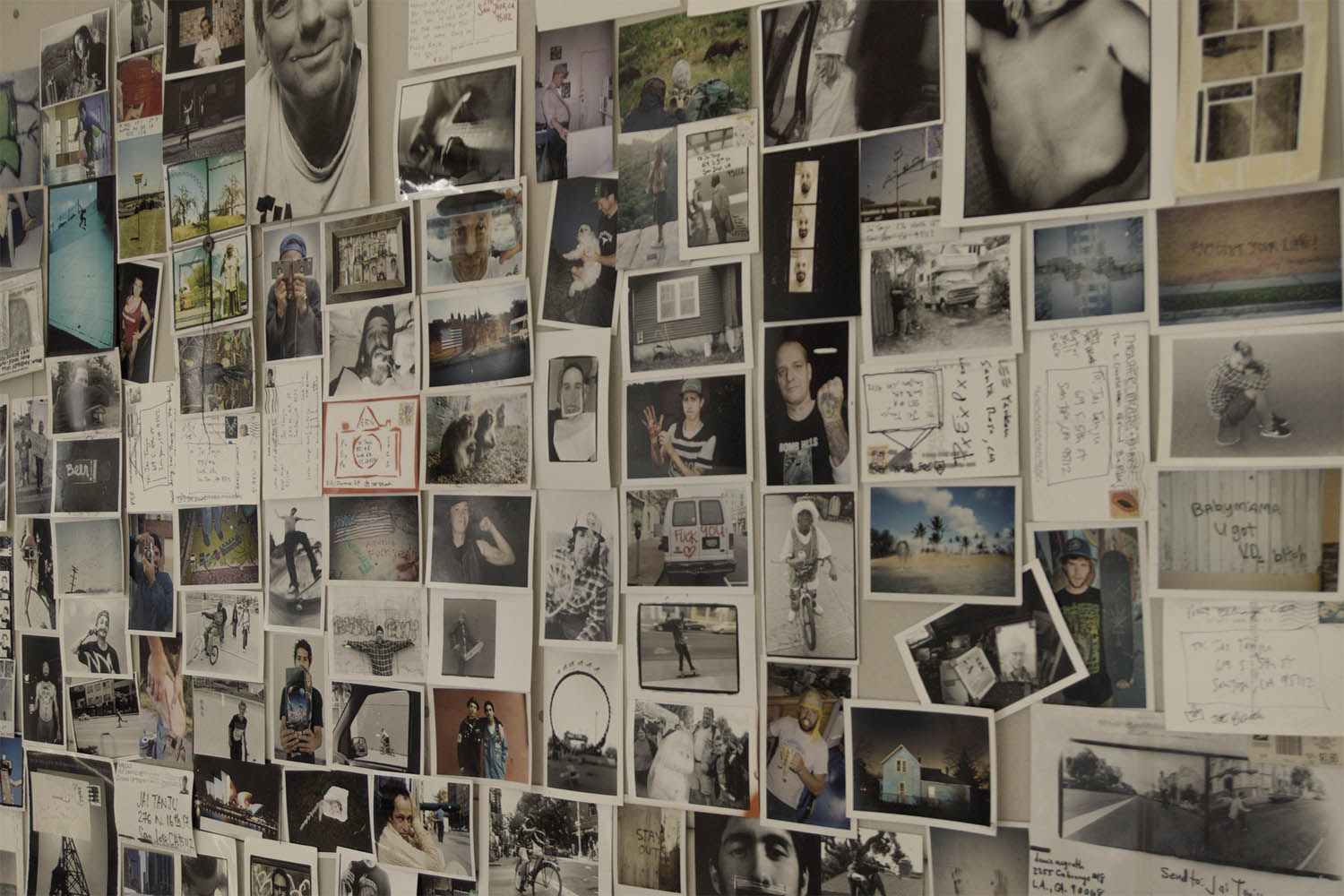 Other film screenings notably included Lucas Beaufort’s Devoted, Jim Craven’s Island filmed throughout Scotland and edited in four days just prior to the event, as well as Vantte Lindevall’s Abkhazia; but also productions such as the new Traffic Skateboards video Look Left, the latest Push Periodical partial world tour clip as well as a fresh Northern Co. Japan trip edit both put together by Zach Chamberlin, Anton Beliaev’s O3epo, Mihael Sandro’s Kompa, and more. Also this year’s artists behind the photo exhibitions were SF expat Nich Kunz, Olman Torres, as well as the aforementioned Taufek Asmarak who coincidentally left behind him, upon departure, the deck I’m actually skating right now – so thanks, Taufek. Connor K also ran a participative photo installation involving a projector, hashtags and launch ramps, and last but not least the locals dug up a location that hadn’t been in use for two decades, as to better exhibit a selection of 1000+ photos tangibly mailed to Jai Tanju over the course of the late 2000’s in the context of the Film Por Vida / Print Exchange program. 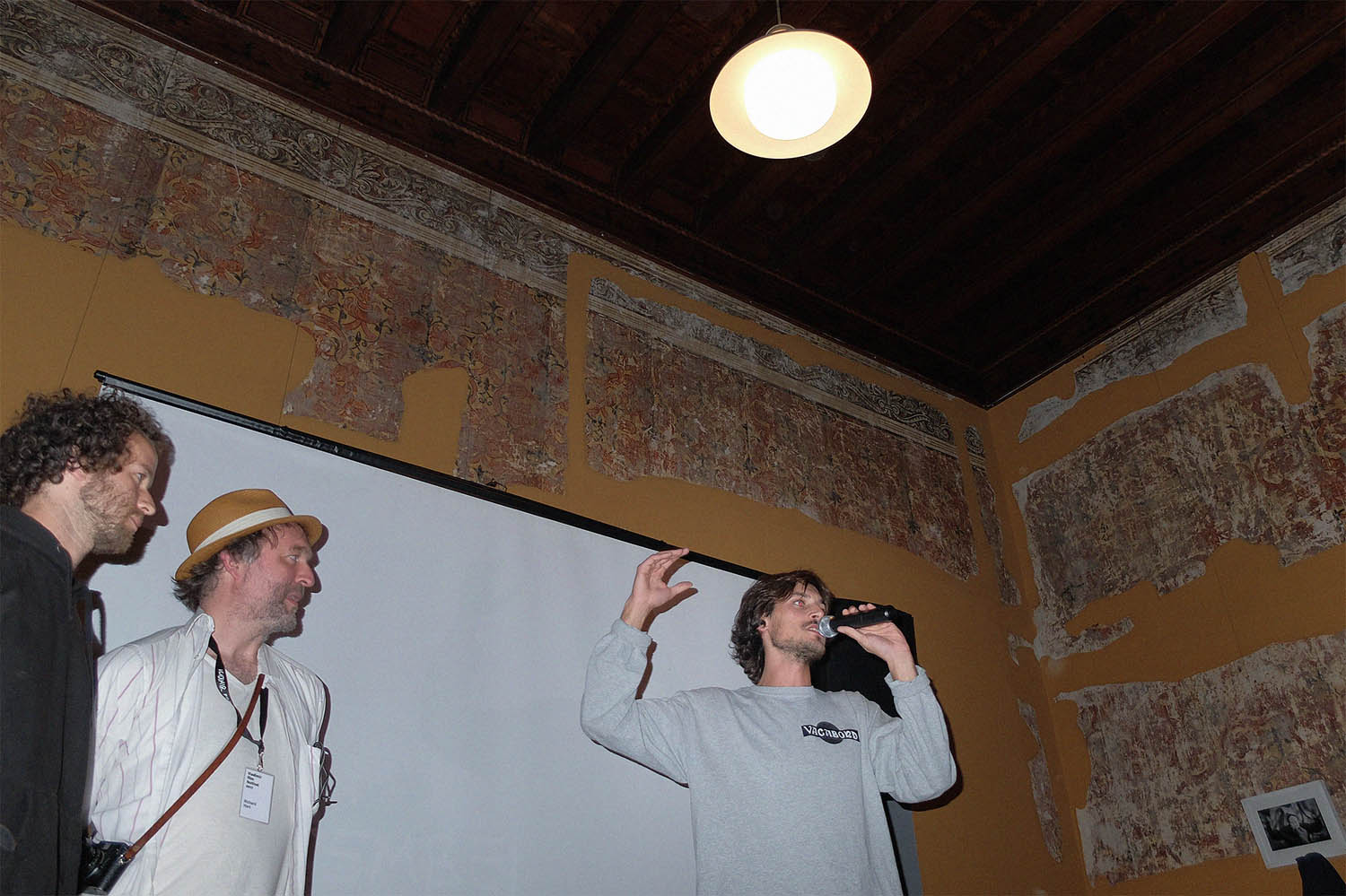 What is there left to say besides how without the pure passion and insane inner drive, focus and expertise of the locals, led by August Senoa Skate Klub’s Nikola Racan (of Solsticij fame) and his crew, an event of such cultural caliber wouldn’t not just be the same, it most likely just wouldn’t exist altogether. In a context such as 2017 skateboarding riddled with endless debates over the Olympics, corporate shoe sponsors, insecurities and ‘fits’, their thing stands out as a fresh anomaly and makes for a major instance left to represent what made most of us fall in love with skateboarding in the first place, also resulting in a venue for likeminded people to meet and reconcile around a certain essence. Gimmicks are dying and it only took the most devoted out of 3000 inhabitants to hold ’em back.

Check out the gallery photos below by Blaž Turk & Tomaž Šantl: 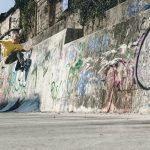 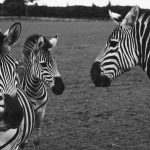 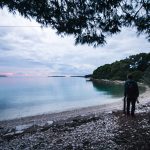 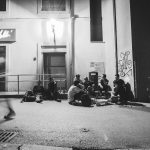