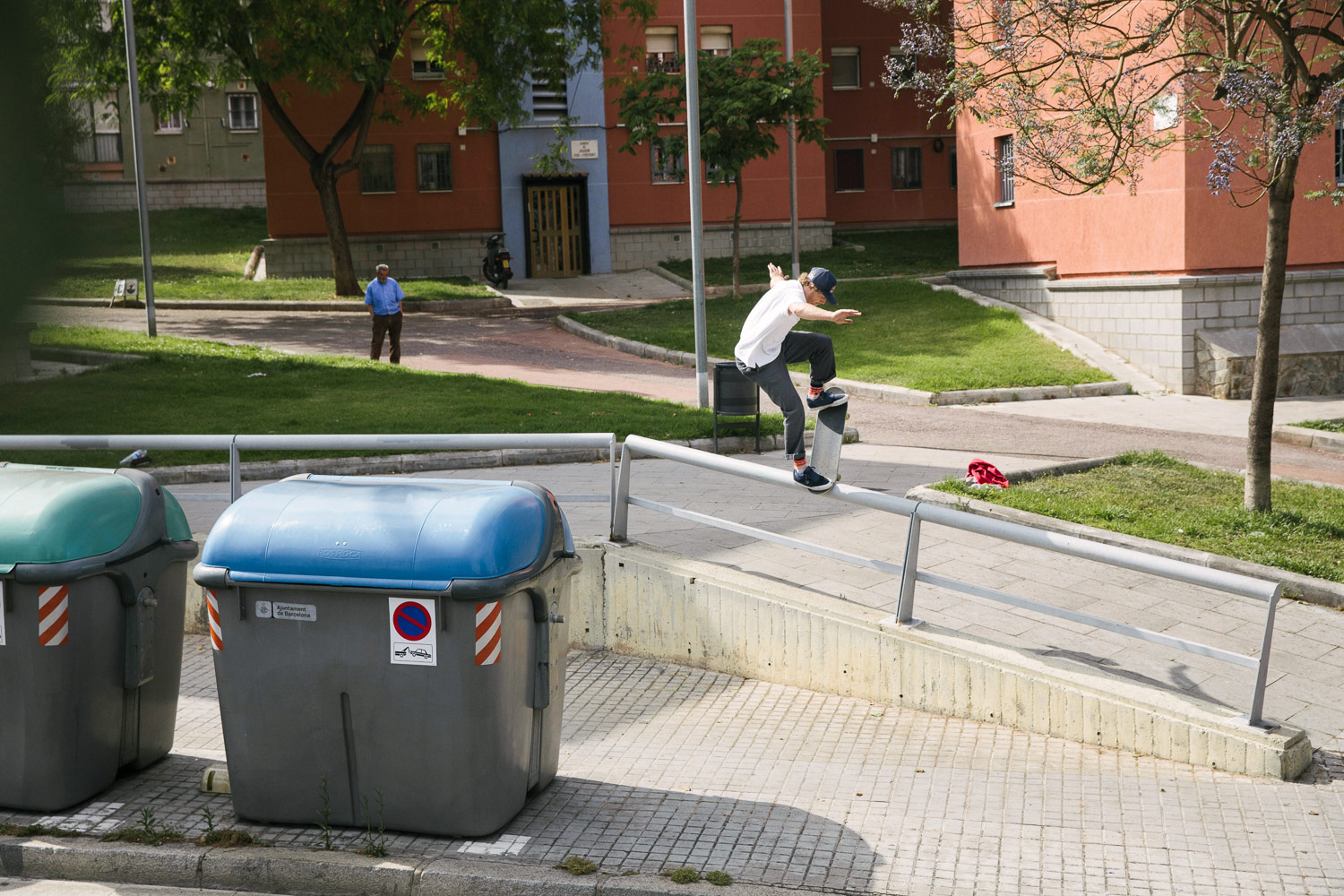 On the eve of the Album London premiere we chatted to Exeter’s very own Barney Page about all things Etnies.

Where are you right now?
Barney Page: I’m back in my hometown of Exeter at the moment. I just got back yesterday. I’m here with my friend Aidan Campbell, Trevor McClung and Ryan Sherman. We all flew back together from the US.

Is this for a European Etnies Album premiere tour?
Yeah we flew over a few days earlier than the rest of the guys because these guys wanted to check out my city and stuff. The beginning of the trip starts when we get to London. It’s a Euro trip with five stops, but I’m only going to go on three of them because I have another trip to go on.

Barney, can you tell us how you originally got on Etnies…
My friends from down here we’d always go up to Milton Keynes when we were younger and we got to know the locals up there. So I ended up getting my first board sponsor up there and they got me in touch with Leo Sharp and we shot this First Light. And then I think Leo and Rob Selley hooked me up or talked to Pete Turvey, who was running SoleTech in the UK at that time… So it was good they got me in touch with him and it sort of began form there. 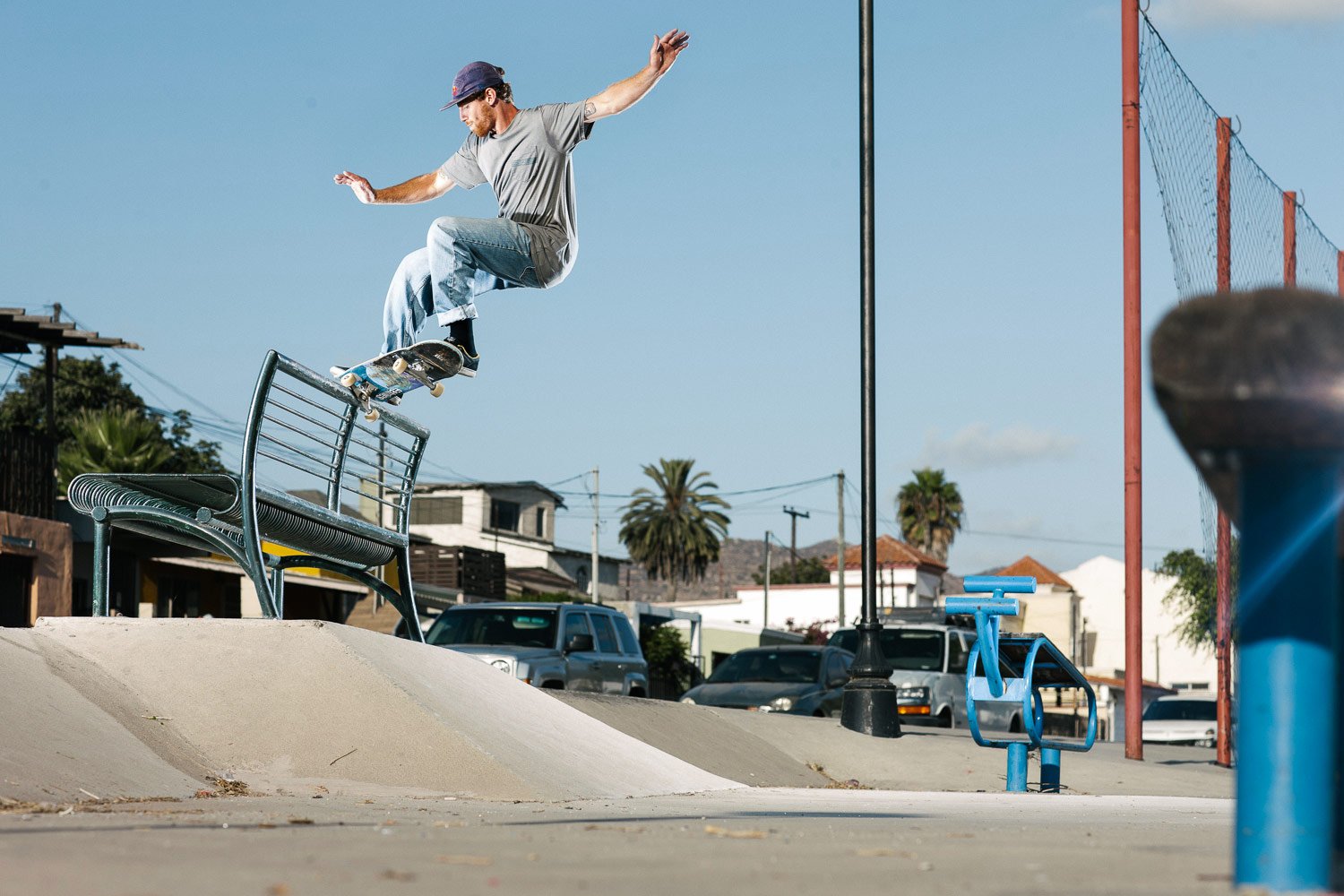 So you’ve ridden for Etnies for awhile… How does it feel being the only other European on the team besides Willow?
Yeah it’s pretty good I guess.

Do the American Etnies guys ask you about Sour?
Yeah. A good few of my friends that live in the States are really into Sour. I mean everyone’s quite fond of the team, they like the skating and stuff, which is really nice to hear… We all started this thing together, so to hear this good feedback from pro skaters in the US… It’s a nice feeling actually.

What team rider has most impressed you on the Album filming missions?
I mean everyone sort of does in their own way. But mostly the shit where it’s just mind-blowing… Some of the stuff I’ve seen Chris (Joslin) jump down was just fucked up! And to see how fast he does it is just mind-blowing. And Trevor for sure is just fucked, but I’m fond of all the dudes’ skating – just everyone in their own unique way. But honestly Chris is on another level with gnarliness… 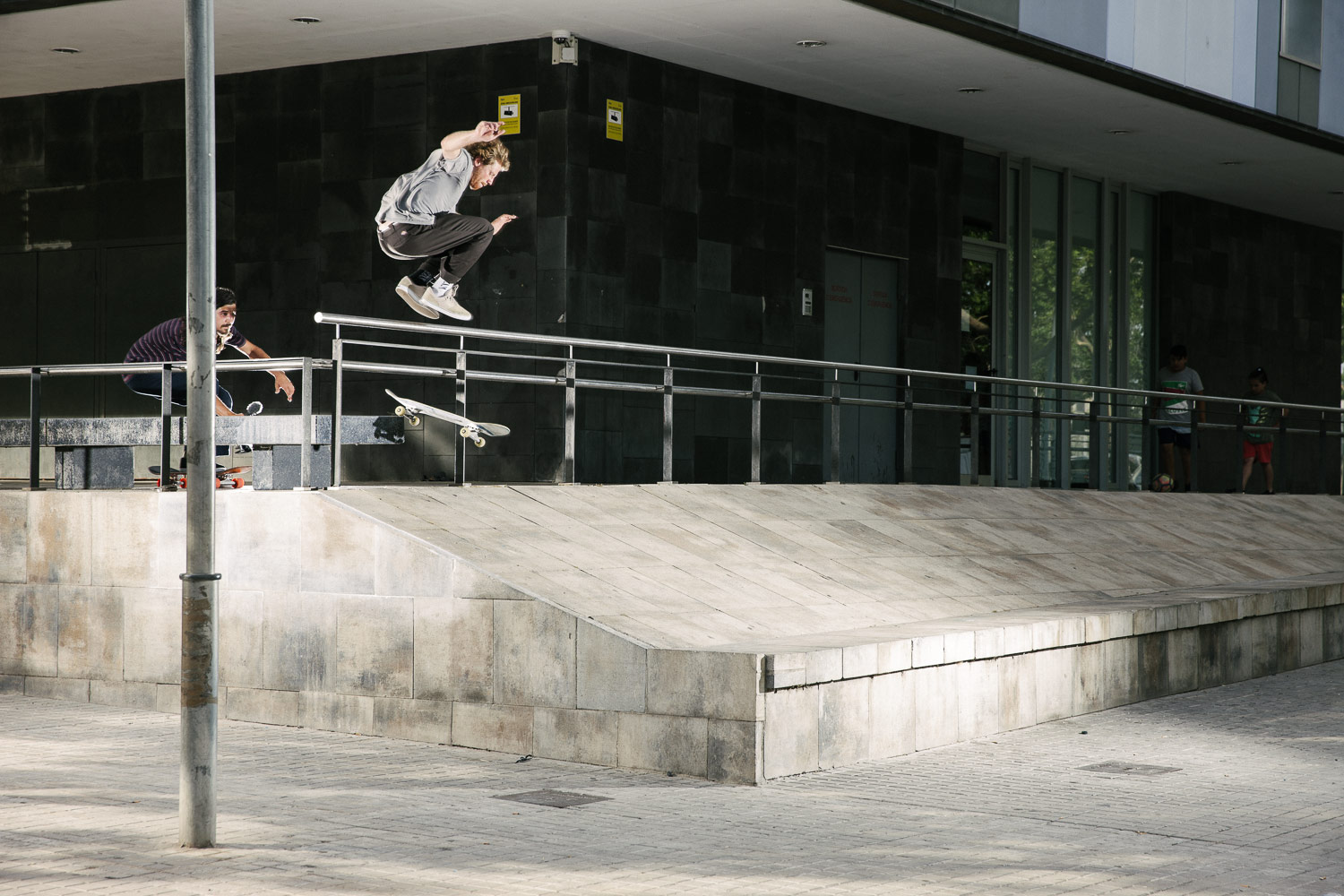 I can imagine…
It’s such a trip being on a session with him and watching him doing the most fucked up thing down this huge set that you wouldn’t ever even want to ollie. He’ll do it like first try…

It’s like it’s not even a skate spot…
Yeah seriously no one wants to do that and he enjoys it. I dunno it’s fucking crazy.

What places did you travel to for the filming of this video?
I missed a lot of the trips, like to Japan and Australia but I went on all the European ones. We went all through Germany and Austria which was cool and also a Switzerland trip that was sick. Then we did the old standard Barcelona trip.

And were you showing everyone around there? Or did all the US guys just already know Barcelona?
The majority of them knew it. But Matt Berger and my mate Aidan that was their first time (in Barcelona) I’m pretty sure. It’s actually really fun going to Barcelona with a skater that’s never been because you know how well-known that place is and the stories you hear from there. So it’s cool to see them hyped and to experience all the spots and the city in general.

What was it like working with Mike Manzoori?
I stayed with my friend Ryan (Sherman) who has been pretty much the apprentice of Mike. So I’d film with him a lot when I’d be in the US as I’d stay at his house. But most of the time it would be a group thing with both Mike and Ryan coming out. And then some days I’d go out with Mike as Ryan would be working on something else. So yeah it’s been pretty cool.

Have you heard any of the music that was created for the soundtrack?
Yeah I’ve watched the video twice now, two premieres, one in LA and one in San Diego… And I remember the music being pretty cool, but I can’t remember too much as I was kinda drunk as well, haha. I kinda need to watch it sober to give proper input on that.

Well I’m sure you’ll have another chance to watch it sober.
Yeah actually tomorrow, as we have the video with us, my grandparents and my mum want to see it. 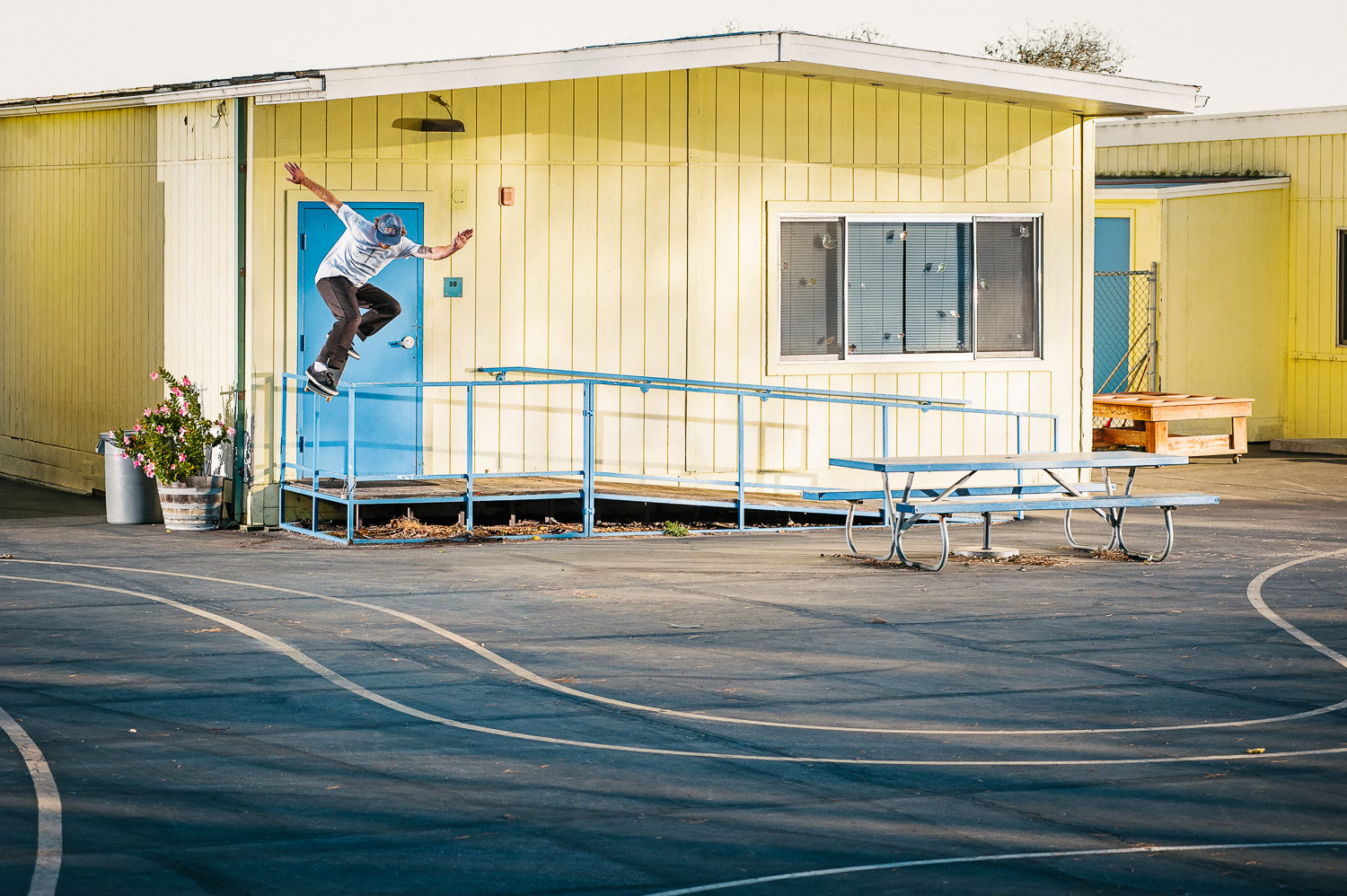 Nice. So do you have a full part in it?
Yeah, everyone pretty much has a full part. There’s one shared part, which is (Ryan) Sheckler and David Reyes. I mean what is a full part these days? Four minutes? Some people have 2-minute parts, some longer and then Joslin has like a 12-minute part or something.

Wow sick. Ok so what’s next for you?
I’m definitely trying to film with the Sour dudes over the next few months because they are working on a video as well, but Etnies stuff is still gonna carry on going. They already have plans for trips, but it’ll chill out probably for the summer at least.

Yeah non-stop for you I guess! Thanks Barney.
Nice one.