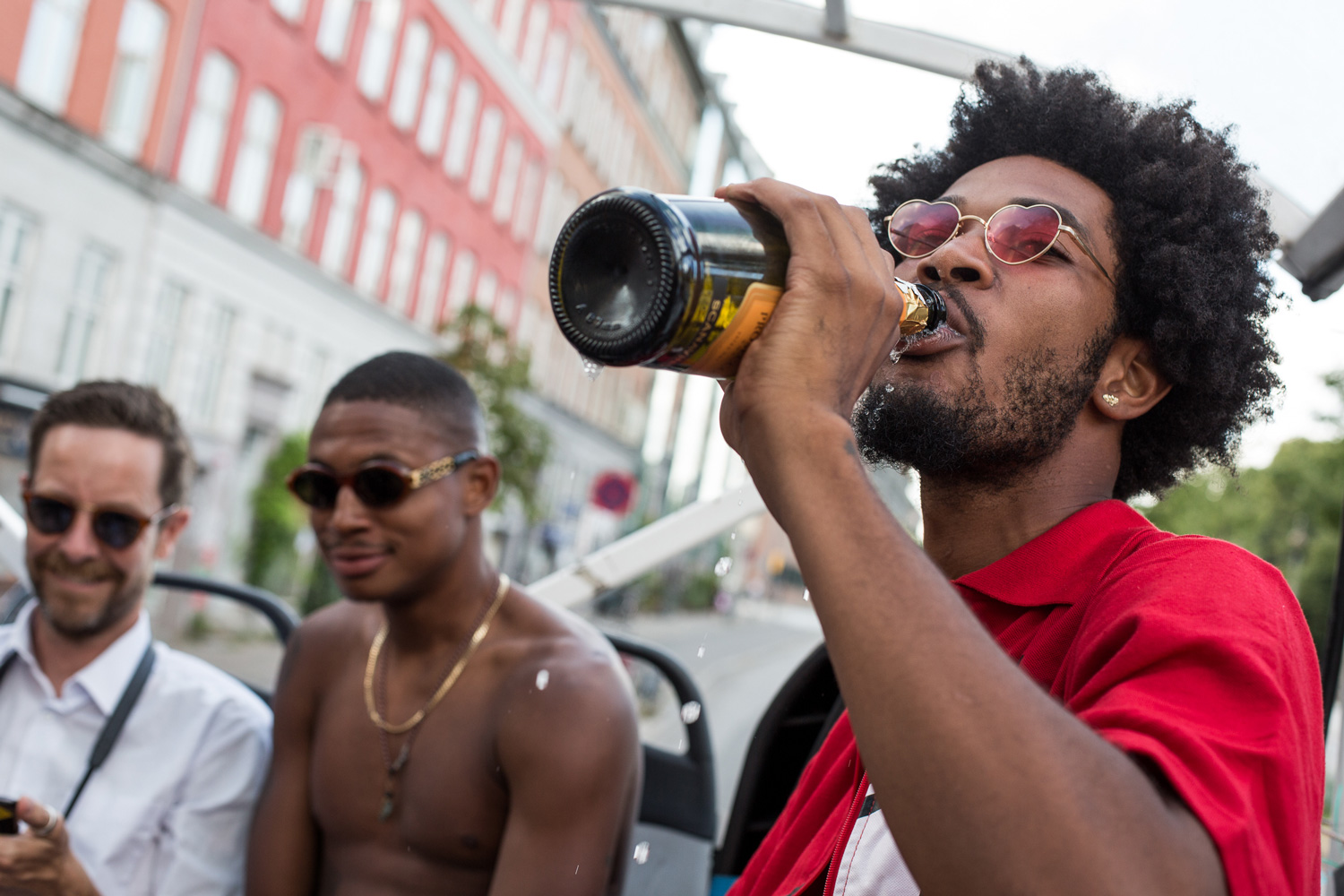 Photos and words by Sam Clark. Make sure you flick through the gallery at the bottom of the post.

While everyone thought CPH open was happening in Berlin this year the organisers were hard at work planning something quite special, a three city stop of Skateboarding, craziness and good times! Copenhagen – Amsterdam – Berlin

It became obvious that if the event got any bigger in its home town of Copenhagen it would probably shut the town down… So the decision was made to hold a “smaller” event aimed for the entertainment of the locals while still inviting some of the best skateboarders in the world to have a chance of winning some cash.

The organisers did such a good job of keeping their plans a secret that I was only booked onto the tour two days before it started, and what a wild ride it has been!

Day 1 started out great! I was in a country I had never been to seeing old and new faces, everyone excited about skating over a pallet of beer that they would have to opportunity to be consumed after the contest.. Some got a little excited though and and were shotgunning beers on the run up making it a very slippery situations! I tried explaining this to the girl standing next to me before the contest started… Not even 30 seconds in and a board found its way to her face. She handled it well though and decided to step back a few paces. It’s funny that from shooting skateboarding all these years you think you know where to be to avoid getting hurt but nothing could have prepared me for what happened next. While sitting with Eniz Fazliov and Jacopo Carozzi casually chatting and catching up I leant back to take a picture and an old injury came back and haunt me… My shoulder popped out! 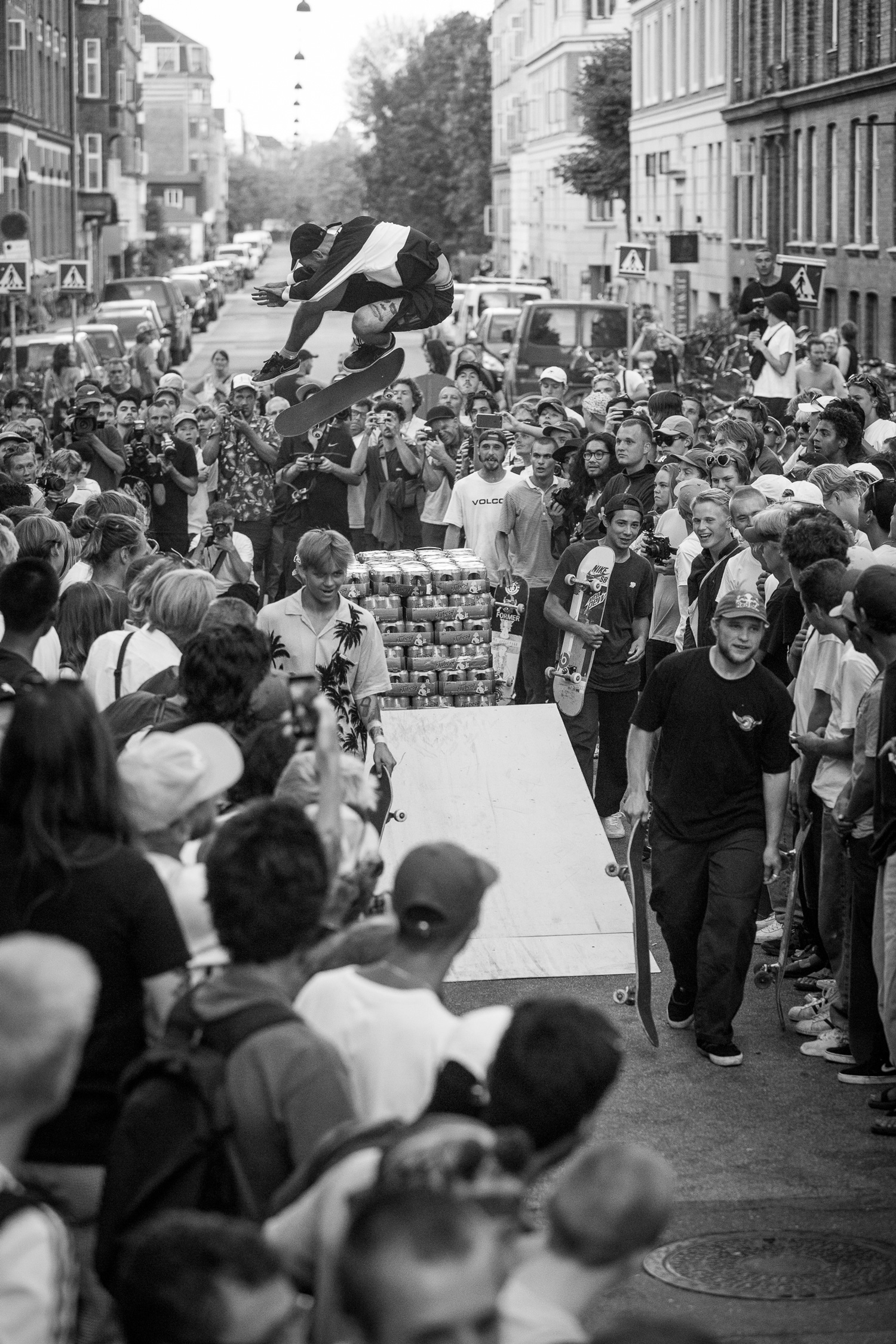 I was pissed! All I wanted was for it to be back in place but after a few excruciating attempts by friends we decided it was time for a hospital visit.. 5 hours later my arm was finally back in place.

Unfortunately I had missed the rest of the party and a heated billiards tournament where Eric Koston won himself a place at the finals in Berlin.

Waking up on Saturday morning with a morphine comedown and my arm in a sling was not an ideal start to day 2, I had to abandon the bike and took a walk to the newly painted indoor park where invited skaters turned up to win their share of cash. No crowds just media and skaters, It felt weird but for everyone skating it must have been a welcome relief! Besides. It was hot enough in there and packing a couple hundred people in would have made it unbearable.

There were two more spectator orientated events happing at the same time so I got a ride with the party bus and was lucky enough o catch the end of the DIY session at Hullet Park to watch Sam Beckett hit every pocket of the bowl!

From there it was time time to board some boats that would take us too the next event at the amazing Triangle Spot. But first I witnessed a live performance on the water and a very dangerous situation of free beer being thrown from boat to boat, With myself already injured I decided to take cover. It looked like something out of a gladiator movie! Hundreds of arrows flying through the air! but instead, full cans of beer were landing left and right very nearly hitting innocent bystanders on their own boats. As bad of an idea as it was it made for a great laugh and a long walk home because the boat company refused to take anyone back. The masses were not fussed as there was plenty more free beer and entertainment at the Triangle spot to keep everyone going to the early hours.

Day 3 started off with 40 Stair handrail session near the Christiania district. Yes started off! Its was gnarly! Diego Fiorese started trying a feeble grind an hour before the contest started and got the crowd so hyped when he rolled away. Dario Mattarollo killed himself and the rail doing 50-50, Lip and boardslide and Kevin Baekkel took the session with a mind blowing 5-0. 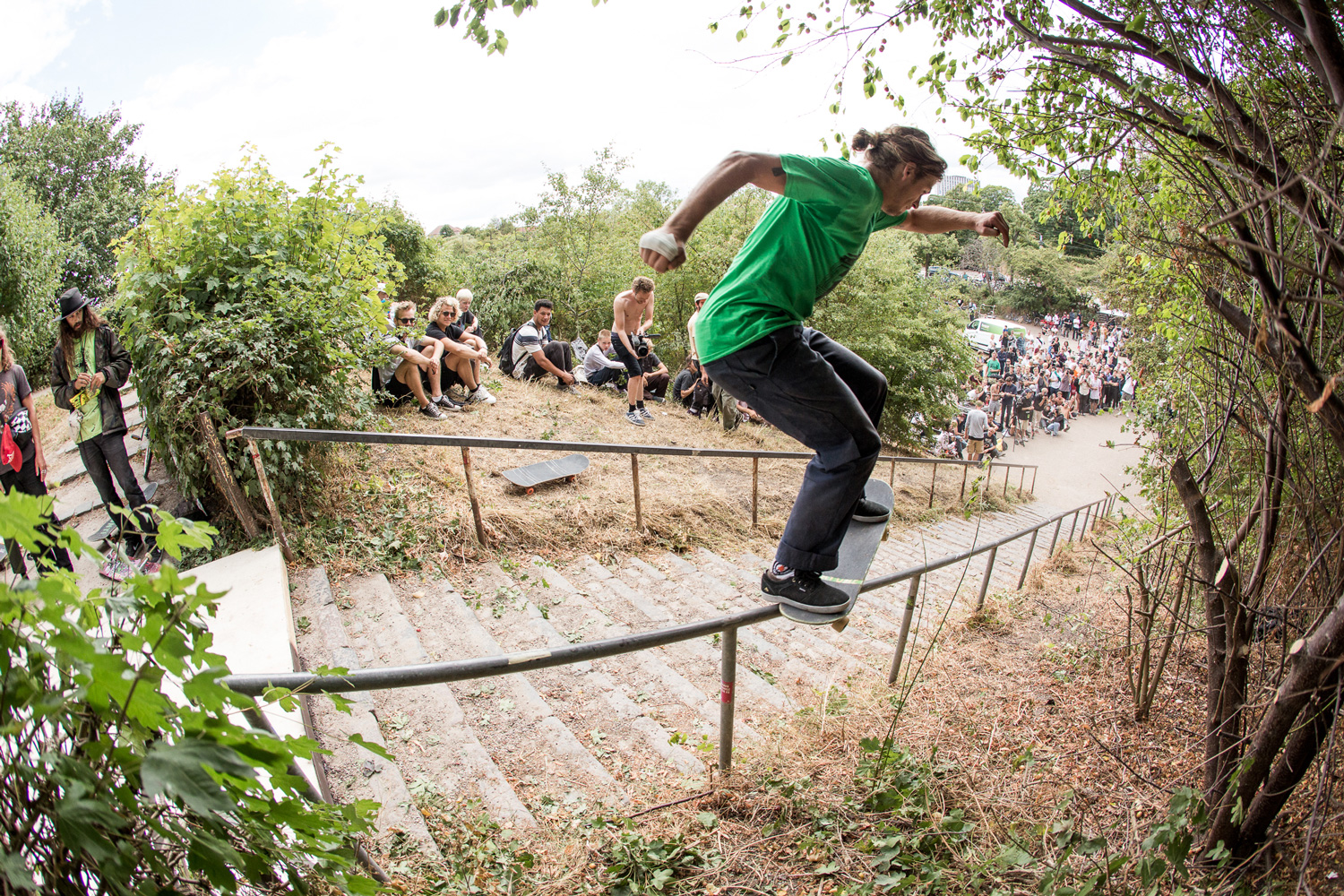 As the masses heading back to Christiania there was so much talk of what was just witnessed. It really was quite something!

Next up was a line oriented contest skating over a bump and then a pick-nick table. The street was packed and the more tech orientated skaters got to work.

The final event of the evening was the 20 years of Alice Wonderland Bowl contest where locals and pros grinded, aired and slid every corner of the bowl to a watermelon bong smoking crowd in true Christiania style.

Much respect goes to the organisers of the event for keeping it under wraps to make it something special for the locals again. Next stop Amsterdam… See you in Berlin for the shit show! 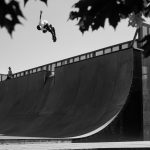 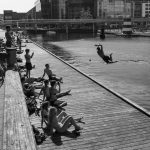