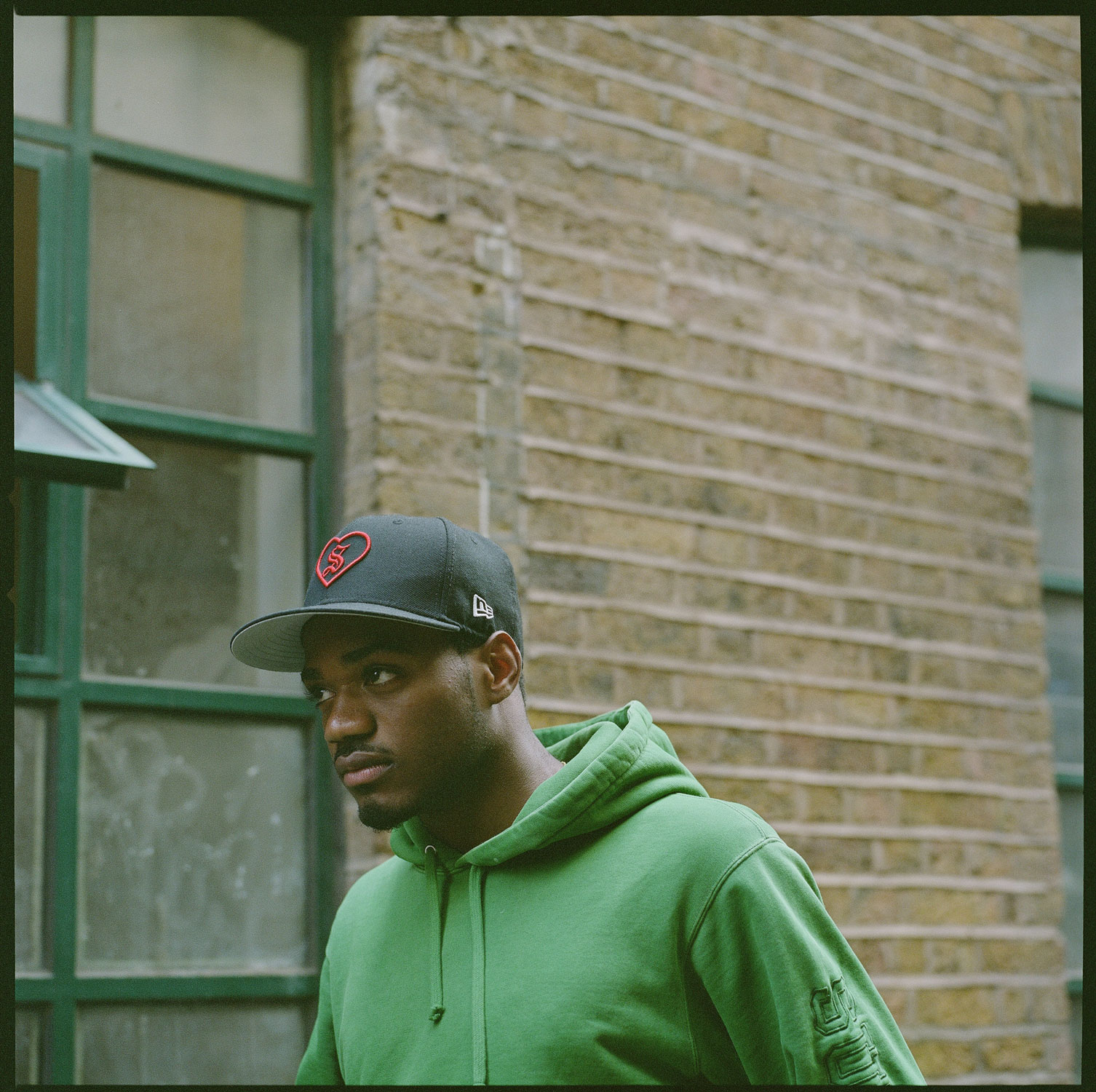 Tyshawn Jones is not a talkative man. It’s hardly uncommon to find interviews of his that consist of questions that are longer than their respective answers, and his answers are generally to the point with very little in the way of conversational window dressing. Despite growing up around some of the most high profile and well respected individuals that the skateboard industry has to offer, and despite all of the ballistic skateboarding that he himself is very much responsible for, Tyshawn doesn’t care to revel in the events of the past; he’s firmly focused on life in the present, and how it can shape the outcome of the future. Considering the things that he’s done and the events that he’s undoubtedly been witness to, I’m sure he could regale us all for hours on end if he decided to, he just doesn’t see the merit in doing so. Yet.

Tyshawn had flown to London the night before our interview was set to take place, and – owing largely to the body clock confusion brought on by transatlantic travel – had stayed awake until 6am watching TV in his room. I join him in the bar at the Ace Hotel in Shoreditch, where he’s sat around a table with his Hardies Hardware business partner Val Perre and their comrade Donny G. Despite the lack of sleep and the evident haze of jetlag-induced bewilderment, Tyshawn seems fairly serene and in good spirits. It’s a few hours until the adidas and Slam City Skates ‘Keep London Tidy’ event is due to kick off at a schoolyard in nearby Haggerston. By the end of the day, Tyshawn would be visible on all forms of social media switch flipping and halfcab flipping over one of his custom made trash cans, though at that specific moment in time, he claims he’s only “here to watch”. Rumours were circulating after the fact that he was actually skating the jam on somebody else’s board too, which make the handful of tricks he graced east London with all the more ridiculous.

After some talk about London and a confession that he’s never watched any of adidas TM Paul Shier’s video parts – “I fuck with Paul; I know he’s good so I trust his skate parts is good” – the conversation moves to Tyshawn’s childhood. The story goes that Tyshawn found his way onto a skateboard after he and his brother got addicted to EA Skate: “I just used to play the game with my brother, then months later we wound up skating because my mom wanted us to go outside, so she gave us money to get a skateboard. That’s how it started.” When Tyshawn moved back to New York from Jersey, he began to realise that skateboarding could become more than something you did to pass the time; it was possible to make a career out of it, if you went about things in the right way: “I feel like I didn’t realise (sponsored skateboarding was possible) until I lived in New York again and met people who were good at skating. I moved back to New York, I met people who had sponsors and they used to talk about that kind of stuff, and that’s how I figured out about it.” Now living back in the Bronx and progressing at a rapid rate, his explosive skateboarding soon caught the attention of Ty Lyons at Supreme, who – after a couple of delays due to Tyshawn’s reluctance to visit the store – eventually became his first sponsor.

The skate world’s initial introduction to Tyshawn came via the Supreme clip ‘Buddy’, which was released online back in June 2012. Clocking in at 51 seconds in length, the Bill Strobeck produced video paired a then pint sized Tyshawn with Jason Dill as they both tackled a handful of instantly recongnisable New York staples, ending with a 13 year old Tyshawn calling out Dill for clipping his wheels on his line-closing ollie. “We filmed ‘Buddy’ for Supreme, that’s when I met all of them. I met Dill years before at 12th and A, but I met Bill and filmed with him on that commercial. Then I re-met Dill again…like, really met him.” Even though they both had high profiles within skateboarding at the time, Tyshawn – who gladly admits he’s never been one to pay too much attention to skate culture – wasn’t really aware of either of their legacies: “I knew who Dill was because people talked about him. I didn’t know about Bill until I started going on trips and people be like “you film with William Strobeck? That’s so cool” so then I really started to know who he was, but at first I didn’t really know.” He goes on to add: “I was young so I was just kind of there, but not really aware of who I was around.”

‘Buddy’ planted Tyshawn firmly into skateboarding’s subconscious, but it was ‘Cherry’ – Supreme’s era-defining full length video, released in 2014 – which cemented him as one of the next generation to be really paying attention to. Up until the release of ‘Cherry’, Tyshawn was getting flowed boards from Toy Machine, a hook up that came about by his own doing: “I just sent them footage. I wanted to be on because I wanted to skate with Nick Trapasso, but when I got on he had already left the team.” In 2013, Dill parted ways with Alien Workshop and – along with Anthony Van Engelen – decided to turn his longstanding Fucking Awesome clothing project into a fully fledged board outfit: “I started finding out about FA just after ‘Cherry’. (Dill) kept asking me to get on, so I asked Toy Machine are they gunna put me on as this other company want to put me on, and they said “not right now”, so I was like “alright, fuck it” and I went on to FA.”

He was happy getting shoes and a little bit of money off Emerica too, until a chance meeting set the wheels in motion for him to eventually make the switch to adidas: “I met Jascha (Muller) at Black Hubba in 2014; he chased me down the block to ask me who I got shoes from and was telling me how he wanted to put me on. I was coming back from a skate spot, I skated past another spot and they were doing a commercial there, and he ran after me and was like ‘yo, I wanna hook you up, can I take your contact?’ and that’s how it wound up happening, after a while.” Now, five years later, having filmed his first full part for the adidas video ‘Away Days’ (2016) and had several collaborations between adidas and his hardware company Hardies, Tyshawn is the proud owner of his very own pro shoe – designed alongside Scott Johnston, no less – the release of which the ‘Keep London Tidy’ event is actually being held in honour of. But when asked about the achievement within skateboarding that he’s most proud of, after a lengthy pause to think, it’s winning Thrasher’s coveted ‘Skater of the Year’ plaudit in 2018 that comes out on top.

You don’t even need to be keeping yourself up-to-date with global skateboarding news to be aware of the existence of Tastes So Good (Make You Wanna Smack Your Mama), Tyshawn’s own Caribbean-American restaurant in the Bronx – its opening in September 2018 was regarded as such an event that Fox News even ran a piece on it. Now nearing the end of its first year in business, Tyshawn claims the restaurant is doing well and doesn’t flinch when the idea of a possible chain of eateries is brought up. He states that before being a professional skateboarder was looking like a viable career option, he wanted to be a chef. When asked if his childhood dreams of being a chef were the inspiration behind opening Tastes So Good, he thinks for a moment before replying: “A little bit of that, and having my own thing, that I can call mine – like really mine. Having a shoe and skateboards and stuff is cool, but somebody has given me those, and they can take them away, in a sense. Having my own restaurant, that’s mine; can’t nobody take that away from me.” 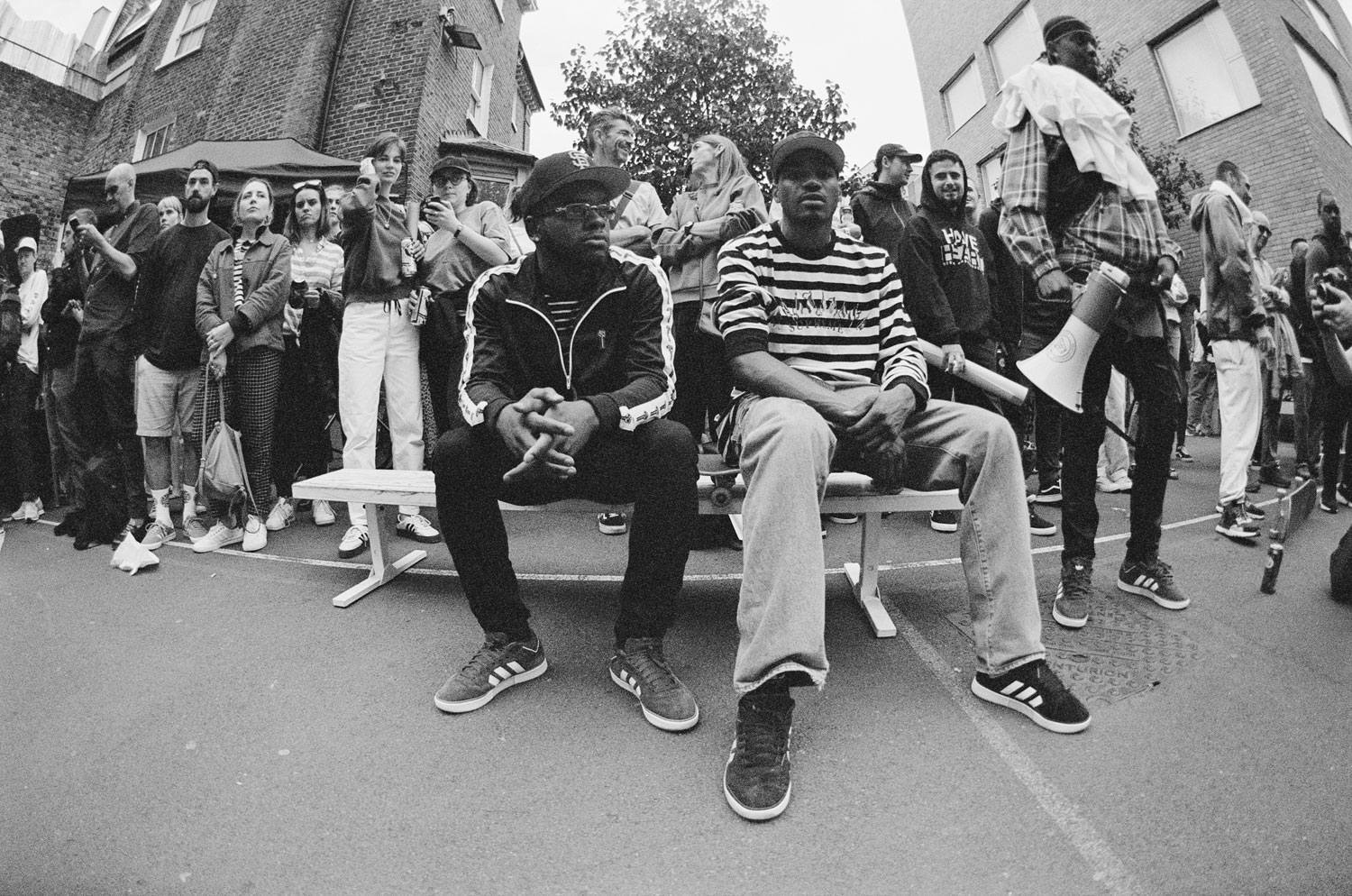 If you follow Tyshawn on Instagram (@enwhytj) you’ll know that he’s far from a prolific poster, but when he does see fit to post a skate clip, it’s generally something nonsensical and, as a result, it will rack up a staggering amount of views and reposts. For instance, that very morning he posted an iPhone clip of his latest trash can flip trick conquest – a stomped nollie backside flip – and it instantly did the social media rounds. But unlike a lot of Tyshawn’s contemporaries, he doesn’t care much for Instagram, as you can probably tell by the fact he’s been running his account since 2013 and he hasn’t hit the 200 post mark yet:
“I guess being raised in the skating industry around the right people, I always knew that that was corny. And it is corny to showcase your hardest work on Instagram for likes and stuff like that. No one really cares about Instagram at the end of the day. It’s fun to post on there sometimes but that’s like another world to me; I try to stay focused in the real world. I like to put out real parts that’ll last longer than an Instagram post.”

His dedication to traditional skateboarding output is evident when I ask him about his plans for the future. In the space of seven short years, Tyshawn has achieved more than most could hope to achieve in a career four times as long – he’s responsible for video parts that are already regarded as classics, iconic magazine covers, a pro shoe on one of the worlds biggest footwear companies, a string of boards on undoubtedly one of the most popular board brands of the day, he’s being hailed Thrasher’s ‘Skater of the Year’ – and he’s accomplished all of that before he would be legally allowed to drink a celebratory beer in his own country – not that he partakes in the consumption of alcohol. So what’s next? “I’m taking it day by day right now, just drop more good parts I guess. I just want to keep putting out dope footage.”
What about life outside of skating? When asked about potential grand plans in the business sector, Tyshawn leaves us in a typically understated manner before preparing for his looming appointment with Rob Mathieson’s GoPro wielding sidekick Fatman the Dog:
“I ain’t gunna speak on that, because I don’t speak on things until they’re done; everyone’s gunna have to see it when it comes out…(laughs).” 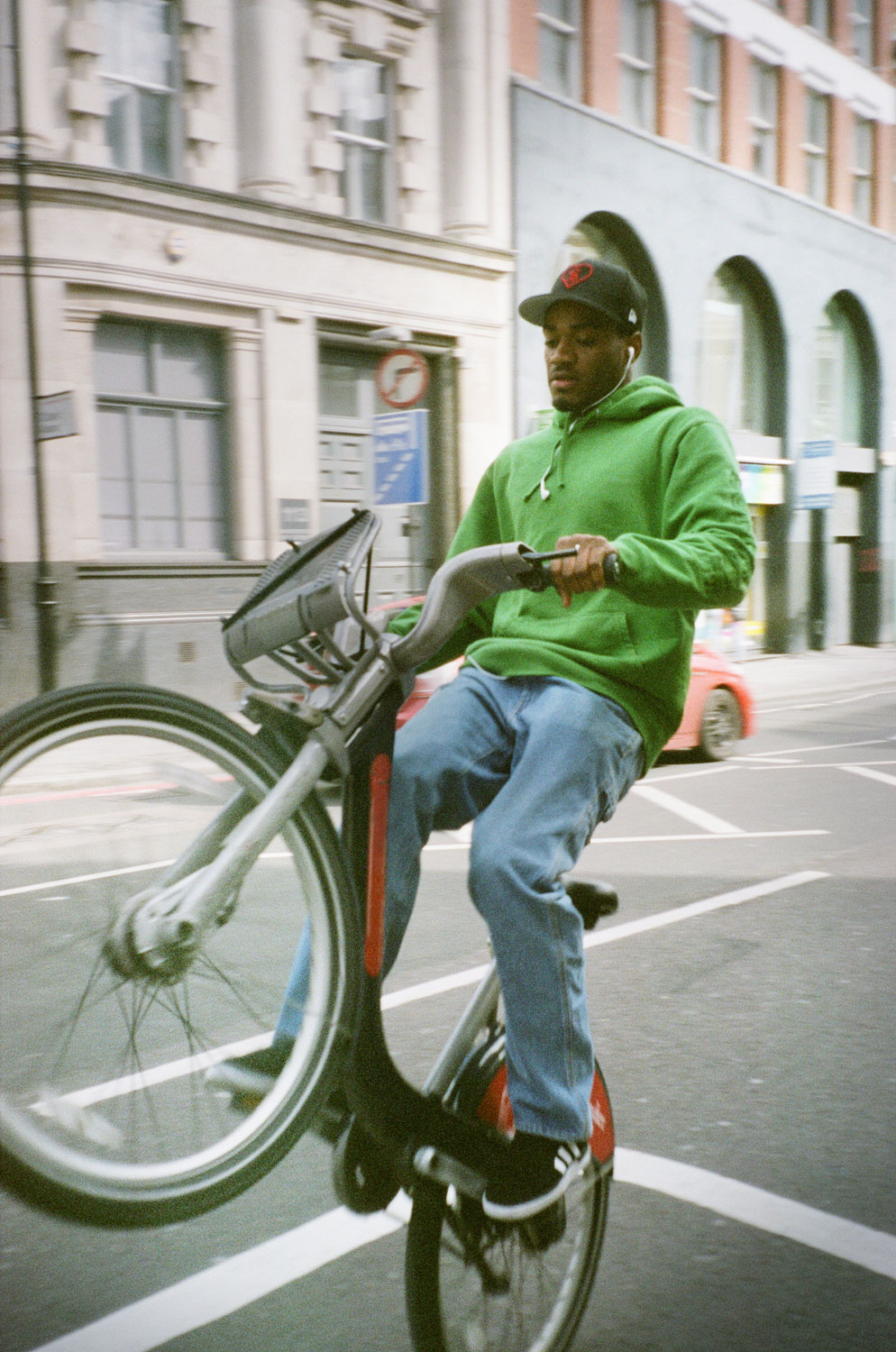