So what do I know about Victor Campillo other than he’s 22, from a smallish town near Marseille called Aix-En-Provence and that he for some inexplicable reason is still not getting flown around the world to perform skateboard manoeuvres? Somehow not very much despite it being almost ten years since I first saw his (then tiny) legs popping out of nosegrinds. It was at Marseille’s Friche Skatepark and I remember quite vividly that despite having a super kiddy style (as you do when you’re about 13) both his trick selection and the way he’d hit certain obstacles felt quite ‘grown up’; kind of like a Teenage Tour-era Lucas or a pre-Sorry Bastien (minus the crook back lips). It felt like he was already really thinking about what he was doing…
Anyway to spare you any more pointless analogies and because me shouting ‘woooow’ at Victor-shaped pixels has pretty much been the extent of our relationship recently, I’ve asked his close friend Pierre-Edouard Grimaud to catch up with him about working on this Free project and his devotion to Marseille. The piece doesn’t quite get to the bottom of how he’s gone this long (at a steady pace of two parts a year) without someone deciding to properly pay him to ride his skateboard but hopefully printing that fakie flip melon photo 20,000 times will sort that out. 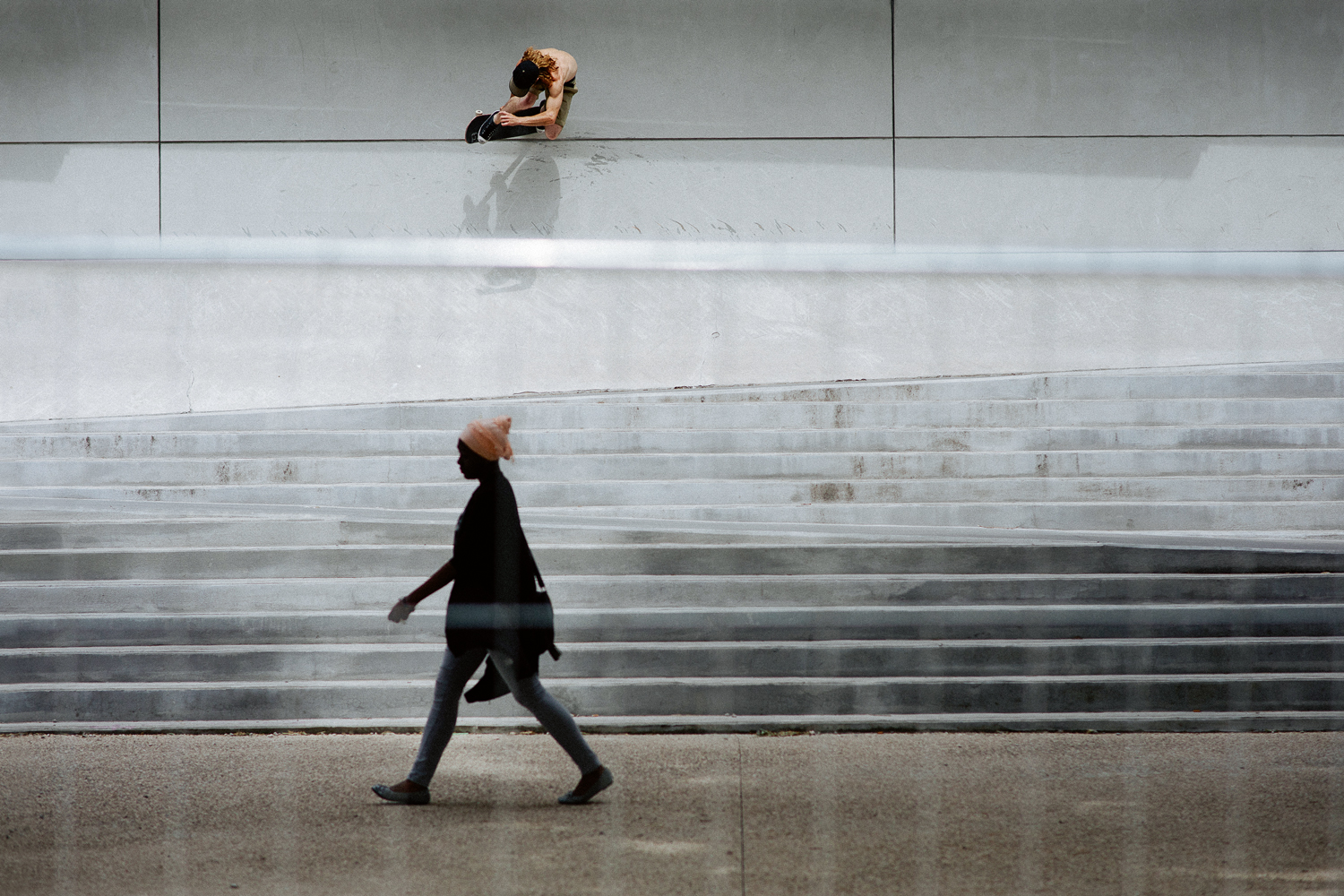 ‘In Marseille, there’s something you just can’t find anywhere else. I love this city so much that I sometimes dream of making a documentary about it, just to give people a chance to appreciate it in the way I do. That’s why when Clément Le Gall showed up here to shoot this interview, I already had loads of ideas… I always wanted to shoot photos that could almost be like postcards of this city, so seeing shots like the nosegrind or the backside lipslide gets me so hyped!’
And Victor’s right, there is something unique about Marseille and its streets: an atmosphere that keeps changing as you roam through the city on your board. Tall stone walls will suddenly give way to open views of the sea, the back and forth of cars somehow complementing that of the water… It’s a mess but it’s this very mess that makes sessions there so rich and lively. 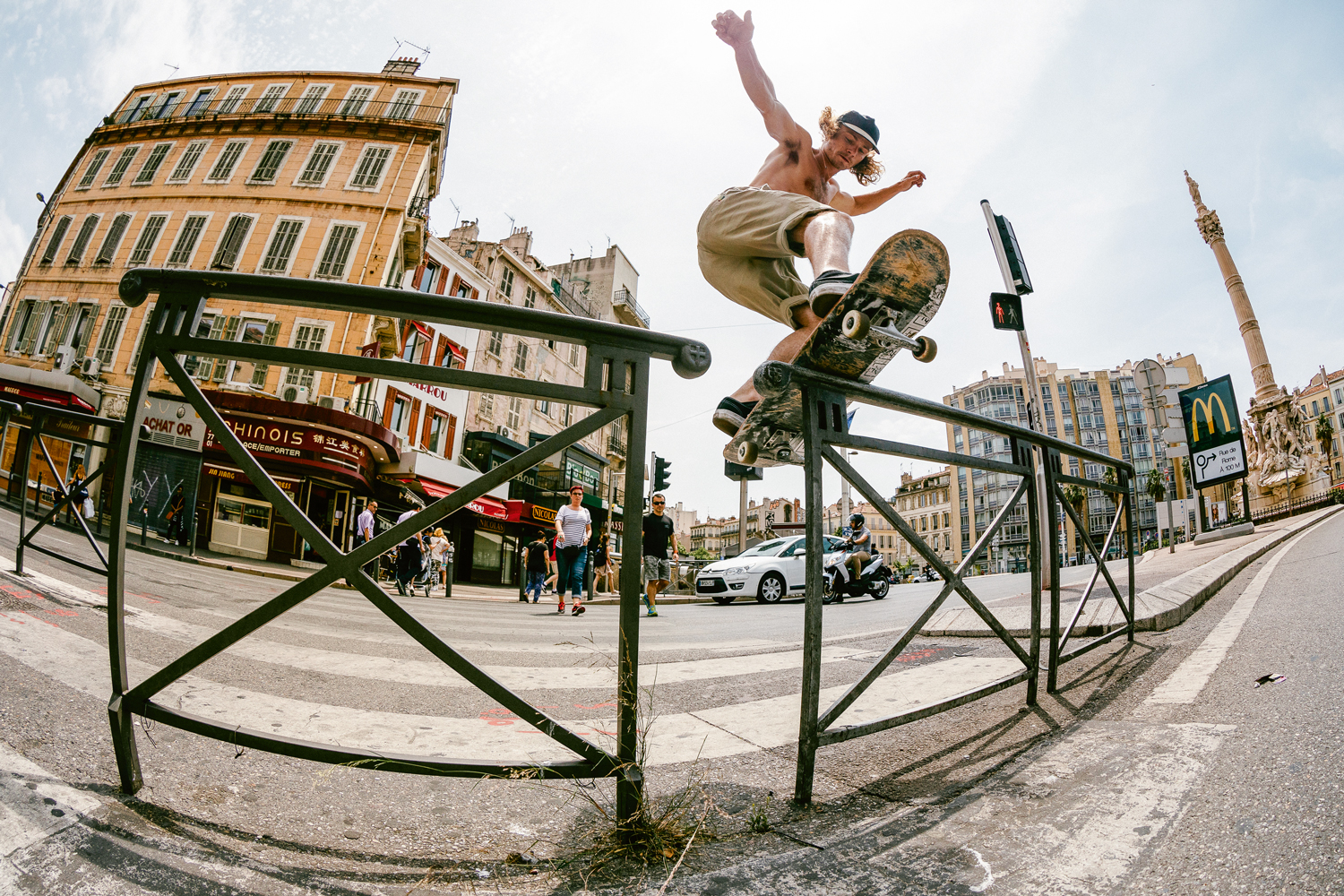 ‘If I like skateboarding outside of spaces that have been designed for it so much, it’s in part because I love being surrounded by all these people that don’t skate. I think it’s mainly being able to meet all sorts of random people and the spontaneous interactions that come from those encounters that I particularly like. It’s what helps me clear my head. Plus you get to share what you’re doing with them and enjoy their reactions… If I’m struggling with a trick and a dog walks past, I’ll always take five minutes to pet him, maybe talk to his master… Sometimes I think I’m doing it to almost forget that I’m trying a trick. Also in Marseille people are really open (almost too open at times ha ha), which means that they’ll very directly come up to you to tell you what they think of you and what you’re doing, and most of the time, they really back it and encourage you. It’s quite different to say Paris for instance, where people are a bit colder and don’t really come and chat to you.’ 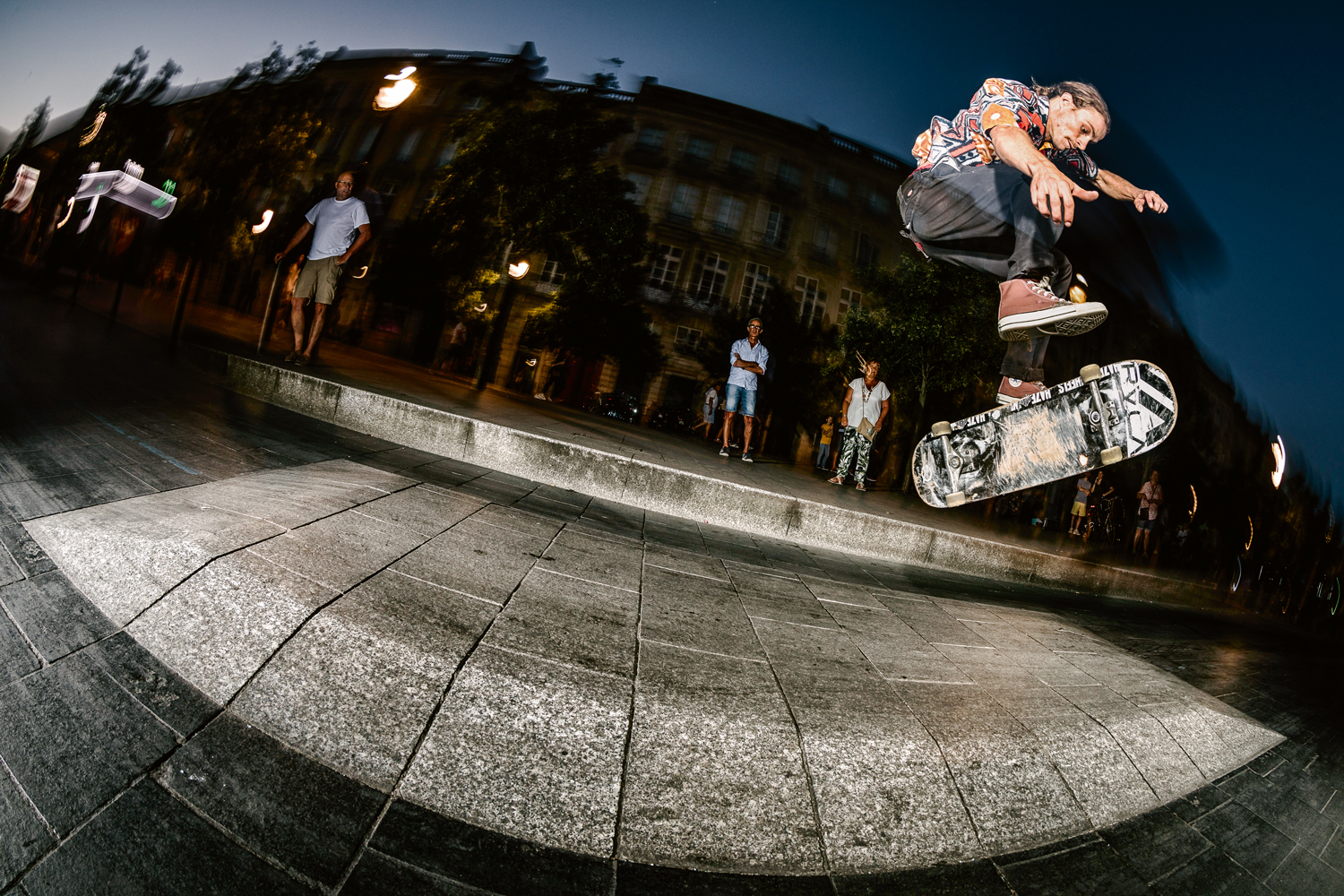 Before we go any further, one thing that needs to be discussed is Victor’s output. Like a father that takes too many holiday photos, Victor (possibly inspired by his own) has forever been obsessively collecting memories from his sessions, releasing in total at least 50 independent videos of his crew. Add to that the absurd amount of his own skateboarding that has surfaced over the last two years and it becomes very clear that Victor (despite remaining relatively unknown outside of France) is low-key one of the most productive guys in Europe right now. Which is particularly mind-blowing given how notoriously difficult it is to get anything done in that city…
‘In Marseille people just love chilling. Sessions often get cancelled for the beach… Which in turn usually writes you off for the following day because of how much you’ve cooked in the sun… Here people don’t really take skateboarding too seriously, they’re all about not really having plans, not worrying about where they’re going to go… I love working on projects and telling myself “I want to go to this spot to do this specific trick, then we can try this one around the corner as it could fit in well with the other stuff I have in the part” etc. For instance, when I worked on the BMG part with Tony (Rafanomezana) I wanted to have a mini intro section entirely filmed at this one plaza in Aix-En-Provence that I love. And it had to all be filmed on that same marble ground, so I was really looking at everything I could hit there.’ 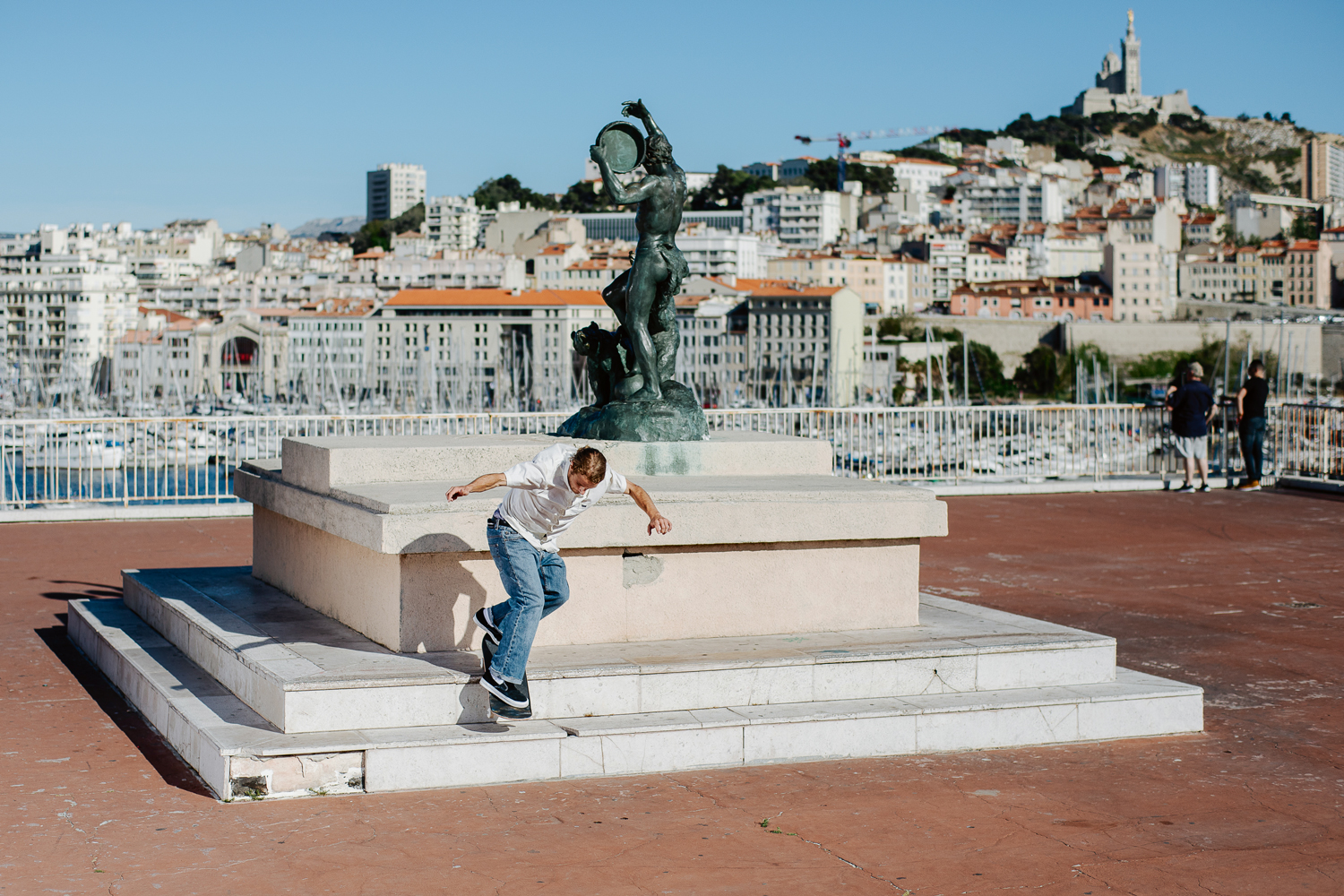 ‘In Marseille our city hall is one of the most incredible spots in the world and I still want to work on a video part entirely filmed there. I think it’s because I really enjoy analysing spots and looking for new routes, figuring out if they would work for the flow of certain lines… “This part of the spot looks perfect for this mirror line”, that sort of thing. I also like thinking about what tricks are going to actually feel the best and where, especially if they are simple ones. That doesn’t mean I’m not down for a good struggle though, like there’s something particularly enjoyable about trying to wrap your head around weird spot configurations… I basically just love thinking about skating, before, during and after the session.’
Friends are essential, they’re the whole reason we what we do. Without them, nothing happens. They’re why we want to be in the streets outdoing ourselves (or chatting shit on a ledge). Skateboarding may be a solitary sport when it comes to the act itself but everything else about it is shared, passed down from generation to generation, and for Victor it’s important to be a part of all this. Cap safely screwed on and open shirt flailing wildly in the wind, Victor has been working on a section that will put into movement the stills you’ve been discovering in these pages. It’ll be the first time Victor finds himself exclusively in front of the camera and I guarantee that it’ll be as much of a treat for us as it has been for him. 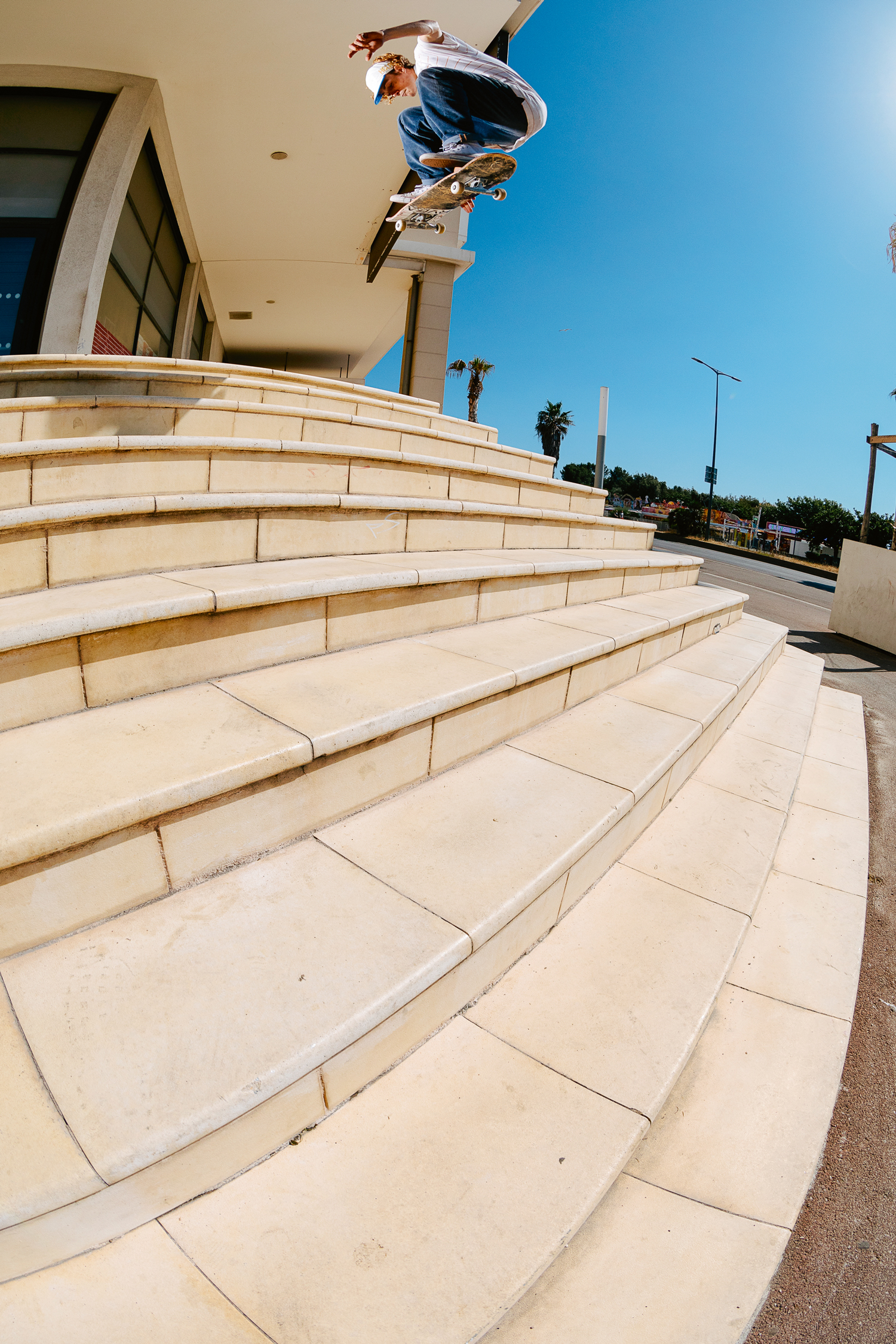 ‘When I was asked to film a part by Free, they initially asked me to work with well-known filmers… I didn’t really know any or how to go about it. Three months later, in February 2018, my friend ‘Lucci’ (Luc Mazières) got his hands on an HD camera. At first we weren’t really sure the footage would meet the expectations of the mag but luckily, they were instantly on board! I was so stoked to be able to do this with someone I’m close to… The most important thing for me is to enjoy myself when I’m filming and for that to be the case, it has to be the same for the filmer. When I’m thinking of a line, I’m also thinking about the filmer; I want him to be stoked on the idea of capturing what I’m proposing. Throughout this project there’s been an on-going discussion with Lucci about everything we’re doing and that’s something that’s harder to have when you’vw been imposed with a filmer that you don’t really know… Especially if it’s someone that you only see during the session and then goes off with the footage to work alone on the edit. With Lucci it’s different, I’d sleep at his, we’d capture footage together in the evenings and figure together what’s usable, what’s not and what has to be redone…’ 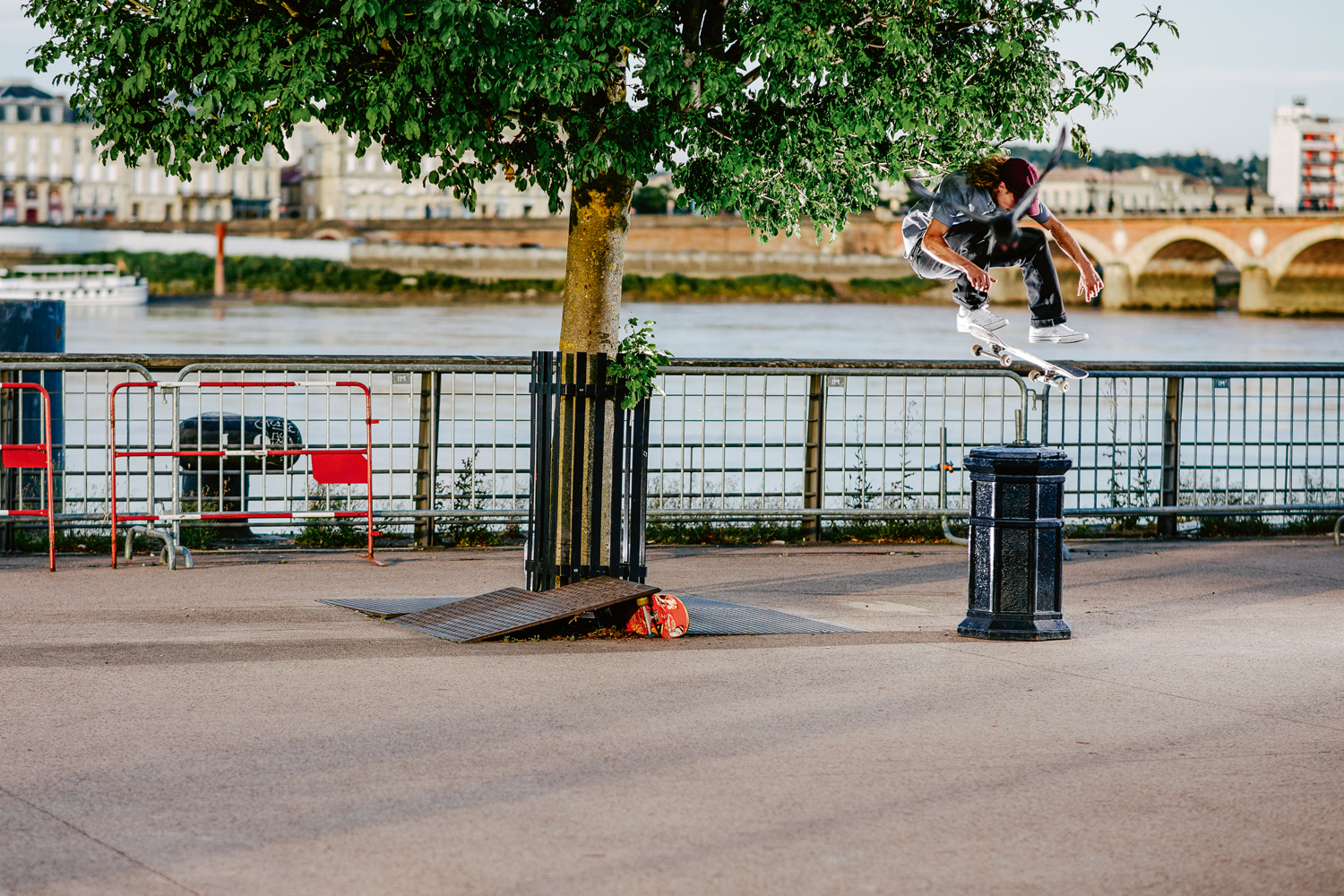 And that’s how one warm evening surrounded by the gentle humming of the cicadas, finally back in Marseille after his Bordeaux mission, Victor wrapped up this interview. I asked him if he had anything to add…
‘I mean I kind of always do… but I think I might go around the city and paint for a bit… It soothes me. There’s something beautiful about well-drawn letters don’t you think? And yeah, please don’t hesitate to come pay us a visit out here… We’ll roll one!’ 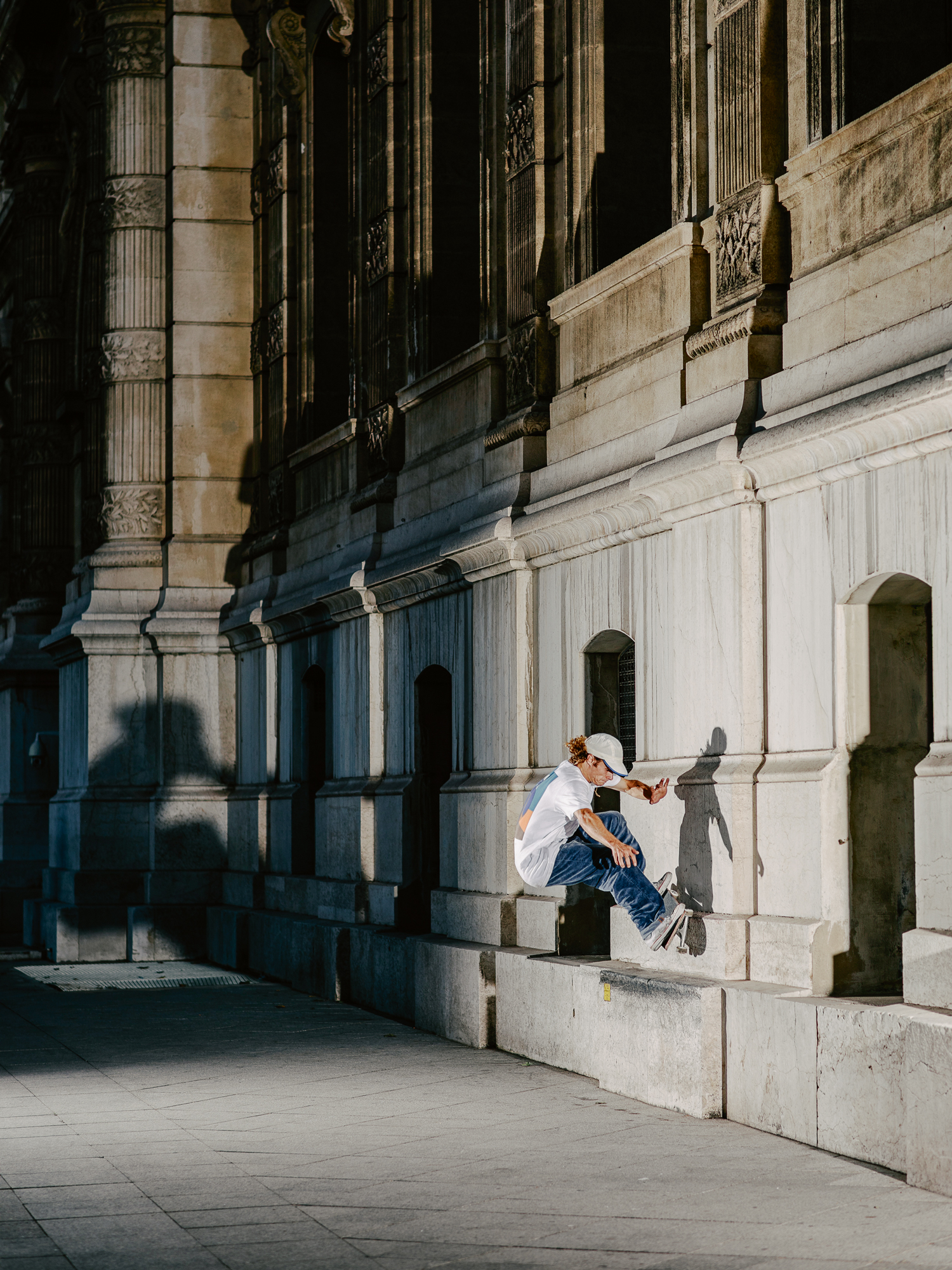 ‘Above all I’d like to thank my parents, my brother, all my brothers, especially Lucci, Clément and PE for their work on this. Also shout out to my BMG boys, TRTR, TB, OG 2000, 5T, Ekilibre, Hometown and La French Connexion… All sick crews full of legends. A kiss to Galeazzi and my Léa and I want to send lots of love to Cofre.
Skate if you enjoy it, but don’t force yourself if you don’t, it’s not like we’ll hold it against you. I know I’m hooked ;)’ 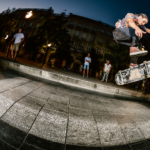 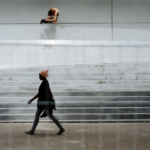 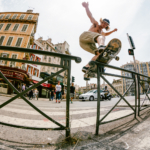 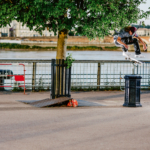