Ever so often a video pops up from a scene you may know nothing about. This was the case for me when I first saw Mirror, Aaron Christopher’s latest vid from Indiana. What? Indiana you say? OK perhaps many Europeans couldn’t find Indiana on a map, but surely everyone knows about Chicago and St. Louis? Well those cities aren’t in Indiana either (ha ha), but are nearby and they’re just two places of the many that Aaron and his crew travelled to in the process of making this video. After a kind introduction by Josh Stewart, I reached out to Aaron to find out about the crew involved with this video, the midwestern skate scene, his influences and more.

Aaron, where are you from?
Aaron Christopher: I am originally from a town called Peru, Indiana, but I grew up in Noblesville about 40 minutes north of Indianapolis. I currently live in a town called Westfield that’s in the same general area.

How long have you been filming/making videos and how many other full-lengths have you made?
I’ve been filming since I was 21, and I’m 26 now. I’ve had skating around my whole life but when I was 21 I had my second ACL/meniscus surgery and didn’t want to be away from skating so my friend Nyle urged me to start filming and it’s just kept going from there. Mirror is my third full length; I made a video called Boys will Be Boys as soon as I was able to skate again following my surgery and then put out another video called Waste the following year – all with essentially the same group of guys for each video. 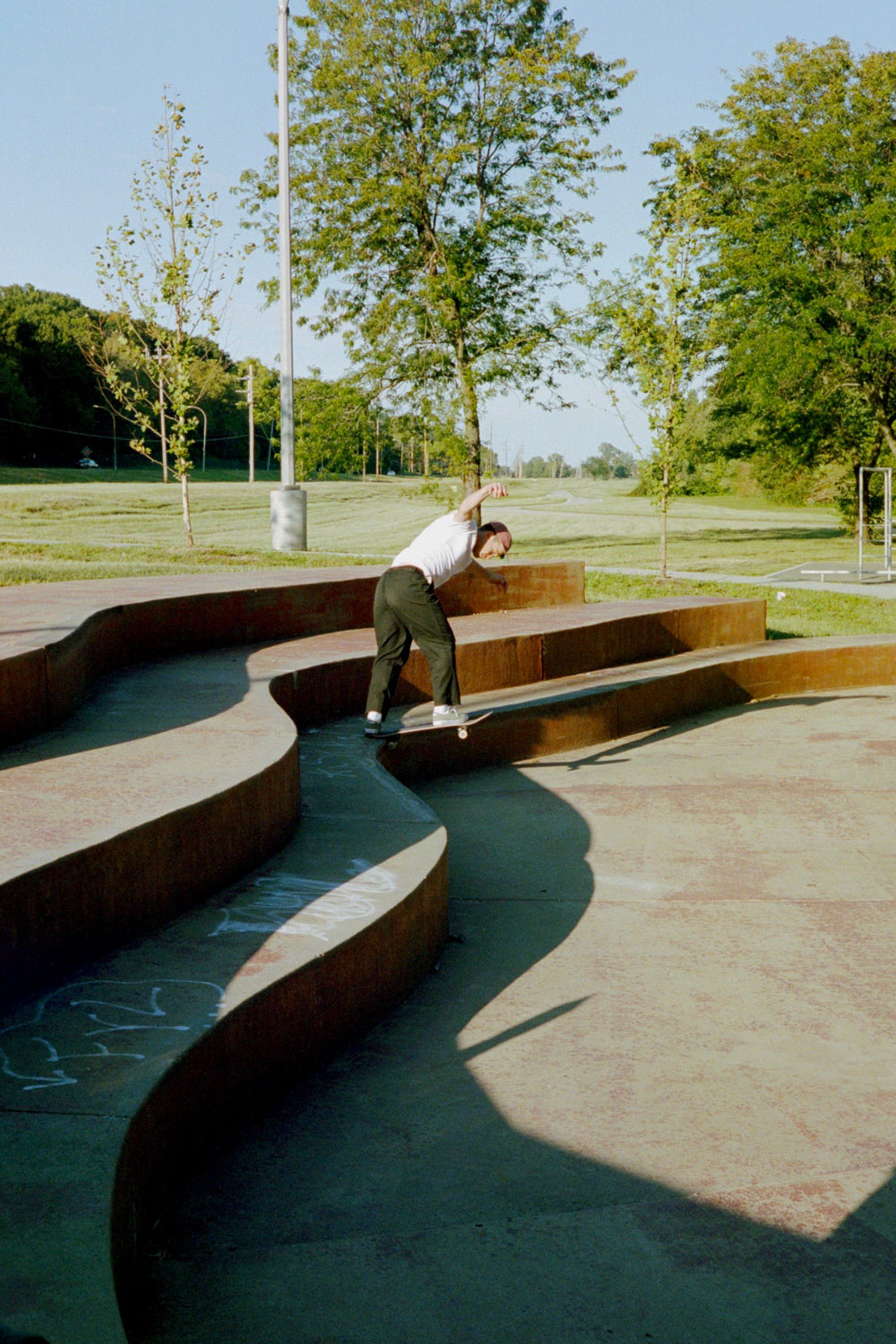 How does the title ‘Mirror’ relate to the video? What’s the significance?
The idea behind the name of the video was to be a ‘reflection’ of our state and the skate scene here. I never found a way to incorporate that concept into the video without it being cheesy, but that was the idea.

So was the video primarily filmed in Indiana?
A lot of this video was filmed on trips to surrounding states, but there is definitely a good amount of central Indiana spots in the video. There is a section at the start of Nyle’s part that is an ode to a spot (Regions plaza) that got torn down here (Indianapolis) that was always a go-to for everyone who skates here that was right in the middle of the city. Besides spots here though, we travelled to Chicago and its surrounding cities, St. Louis, Toronto, Louisville, Cincinnati, Missouri and around to different parts of Indiana as well. 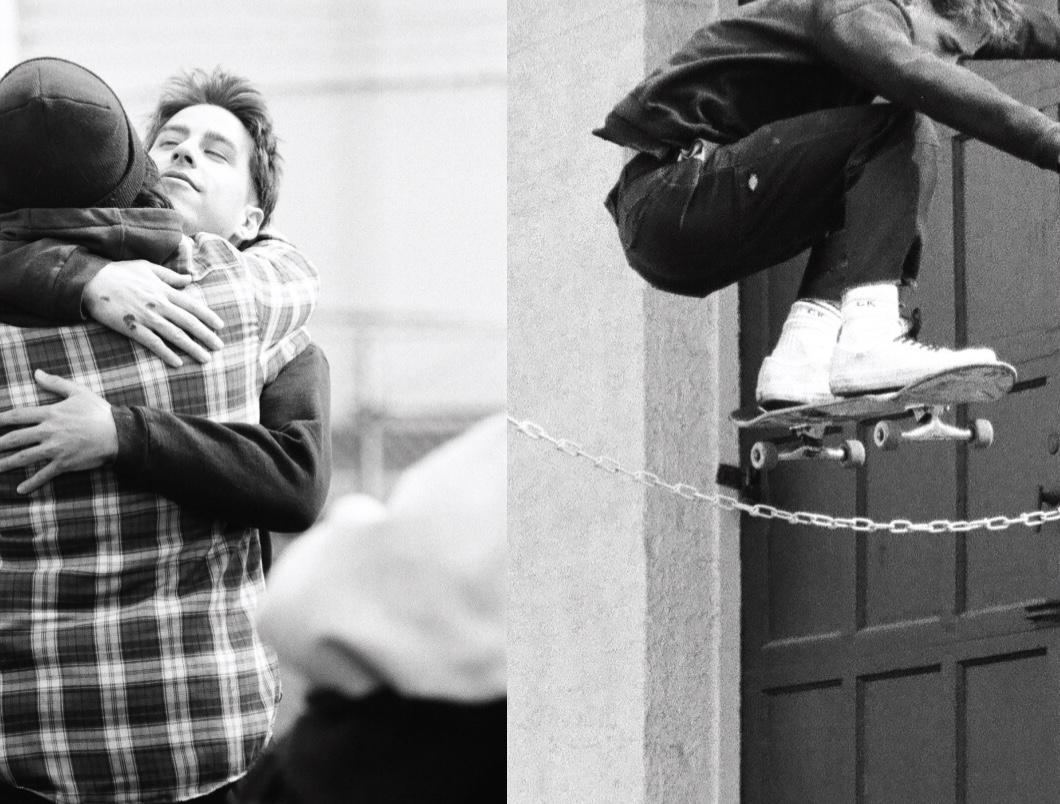 How much of a connection is there with other midwestern skate scenes?
There is a pretty strong connection I would say. We have made a lot of good friends travelling frequently to surrounding states and when people come here they know that I am always down to help show them around. Specifically in Cincinnati, St. Louis, Louisville, and Chicago areas my friends Dave Kappa, Gabe Kehoe, Ryan Tassi, and Kevin Delgrosso have always been quick to help with spots and alway down to come hang and skate with us. 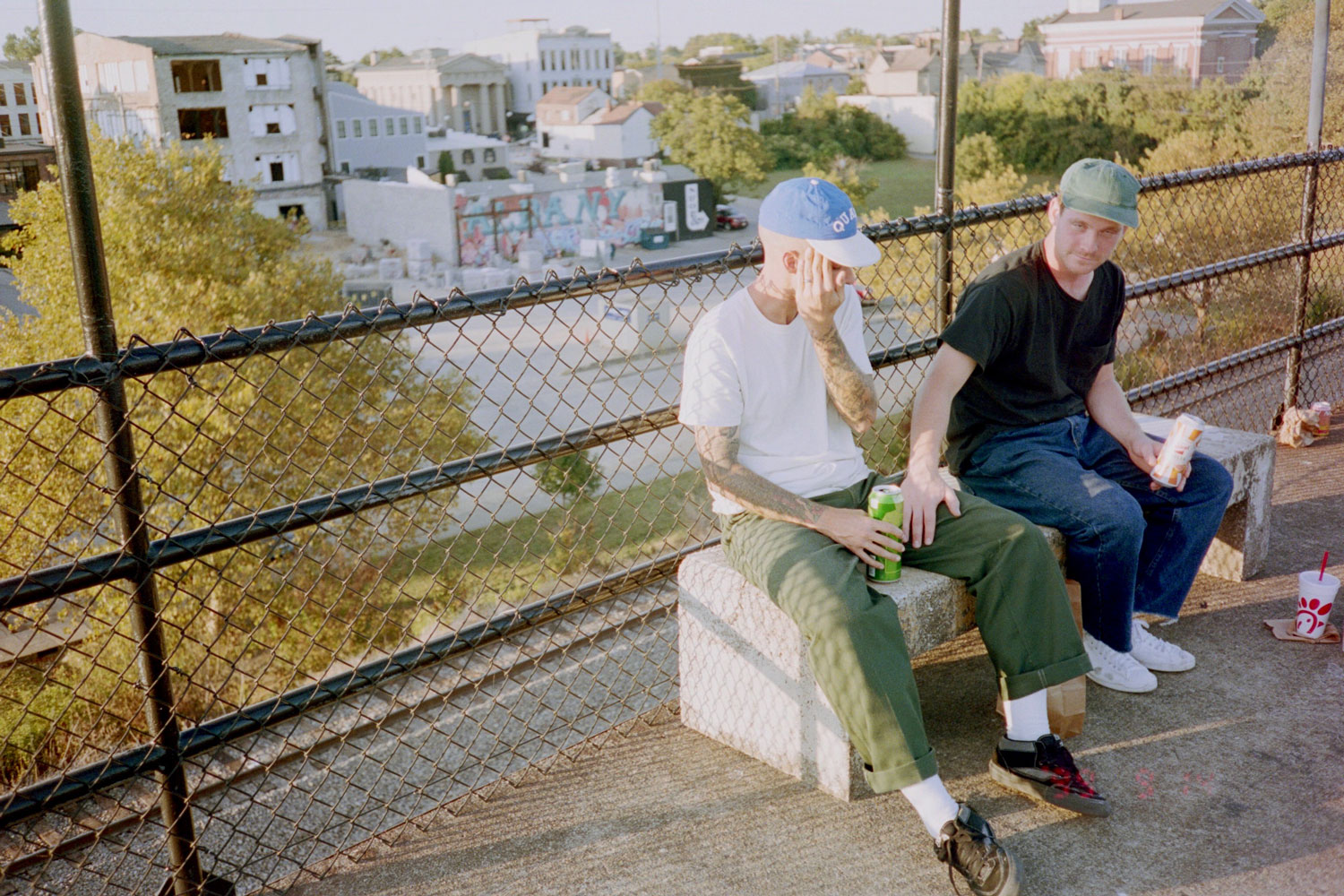 I think people may assume that anything out of the US skate scene gets noticed, but what is it really like for a filmer in the midwestern US trying to get their skaters noticed and seen?
It is never the reason you go and make videos or anything like that, but when you’re even just trying to get your video seen and shed light on your scene, it’s hard man, ha ha. I feel like there are so many good skateboarders out there and when you send out a video to someone and it says ‘Indiana’ anywhere in it, it is hard to turn a head and get that attention on it. But there also are people like you guys, Josh at Theories, Brendan at Secret Tape, and Chad at Quasi who are down to help when they see you care and push your stuff out there which makes things a little more likely to get in front of the right people. 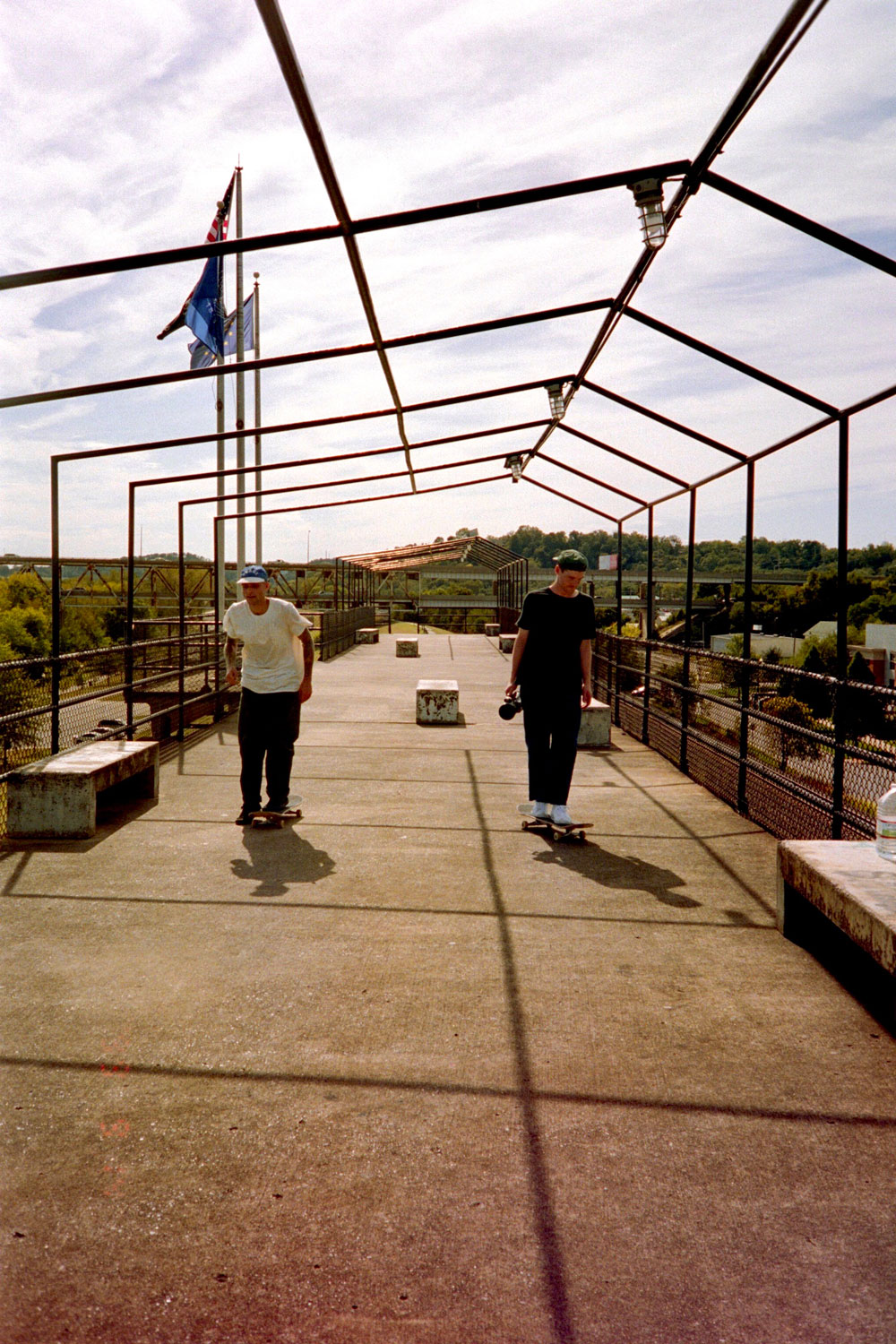 How did you assemble the crew for Mirror?
There wasn’t really much of an assembling that had to be done. Nyle and I see each other every day because we work together, and always skate together, Mitch comes and stays at my place every weekend and Luke, Cam, Aaron, and Andrew are just all good friends of mine so it just felt natural after a while to have that group in the video. The only person that is outside of that immediate circle is Anthony, and that just came about from going to Chicago area a lot; he kept getting footage and eventually it was one of those things where it was like ‘well you should just have a part’. I just let it happen naturally when I’m making videos; if you’re around and were friends: I’m down.

Nice. Can you tell us a bit about each guy that has a part?
Sure, I’ll just go part by part. Cam has first part and is a younger kid here with a lot of heart and fun to have around; he has a kind of wild bag of tricks and I like that about him. I have the second part, and that just happens naturally; I’m always skating and Mitch and Nyle are down to film me and always have told me when I have tried to not have a part, ‘you’re not getting out of this!’.
Anthony, as I said before, is a friend from the Chicago area and he works construction and would come most every weekend to skate Indy spots or meet up with us in whatever Illinois town we were going to and jump in the car when he could. Luke is a friend of mine that has always surprised me; we call him ‘fluke’ because he will randomly just do something you’ve never seen him do before, then you’ll never see him do it again. Mitch is one of my closest friends and is always around. He is one of those who functions best with no sure fire plan spot to spot. Nyle is another really close friend of mine, who as I said before, I am constantly around whether we’re skating a park after work or going to fix a spot up and he is incredibly talented so filming him is easy. He always has an idea, he’s always down to film me after I film him so it’s easy to stack up footage with him. 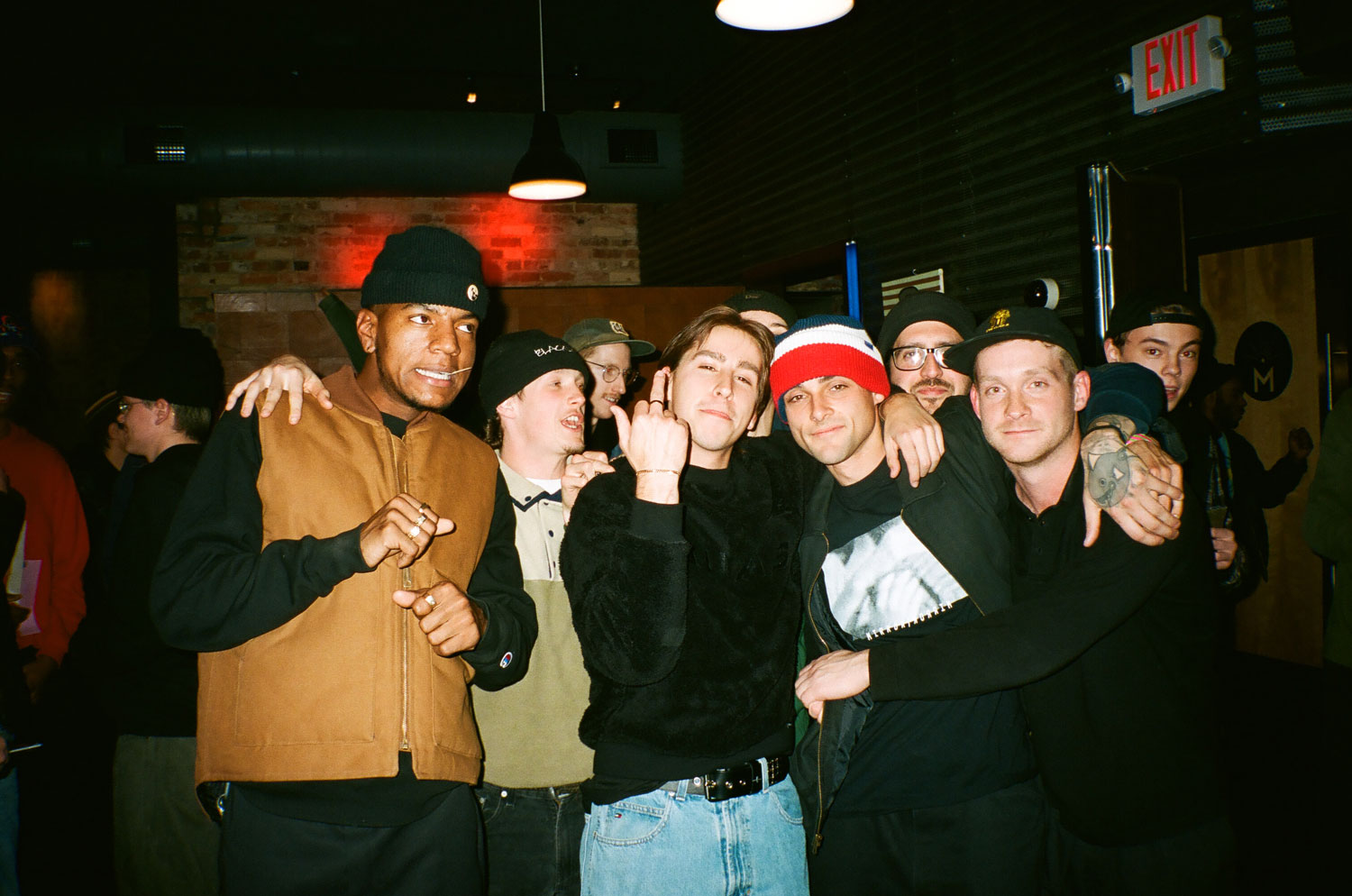 Everyone in the video from the premiere night, November 23, 2019.

They’re all really talented, are any of them sponsored?
Cam gets Nike rep flow through a shop here called Blacklist and Nyle rides for HomeBase Skate Supply, a skate shop in southern Indiana, and gets boards from Theories at the moment. But none of the rest of us are sponsored in anyway outside of riding for a local shop called Minus.

Can you tell us about the music you picked for the video? Isn’t there some by local musicians?
Yeah, for the most part the music for each persons part was just chosen from things that they’re into. But for the Regions section (at the beginning of Nyle’s part) there are some guys here in Indy that make really cool original music. I reached out to Mark Tester and Landon Caldwell about using some of their music and they were down. Both of them are really talented and I’m stoked I got to use some local musicians for a that section with Regions being so special to us locally.

Who are your skate filmmaker influences?
Jacob Harris is my favourite at the moment; but I also love Greg Hunt. You can’t really touch Mindfield. 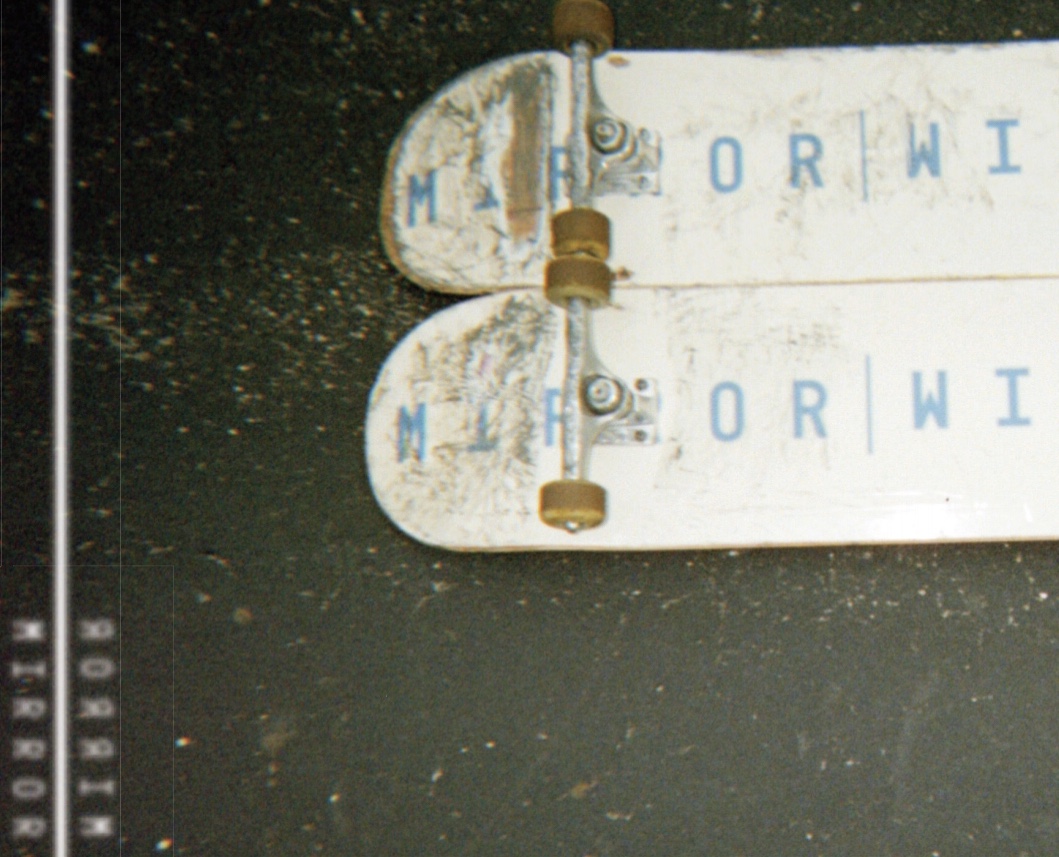 How has the video been received? Did it get out there as much as you were hoping and are you happy with the response?
It has been received pretty well. I sold through all the DVDs I ordered which was a relief, and being carried on platforms like Theories, Quasi, Secret Tape and in shops around the midwest I respect is huge. As far as online presence though, Nyle’s part on your guys’ site is the first time it has been seen outside of the DVD. The full video will be up on my youtube channel to coincide with this. Hopefully people will like it!

What do you have planned next?
I am working on another video at the moment; well, loosely. Just collecting footage and trying to get stuff here and there. Nyle, myself, Luke, and a few other friends have some stuff so we will see where it goes! Thank you so much for this opportunity, I appreciate what you guys are doing.

No problem, the pleasure is all ours! 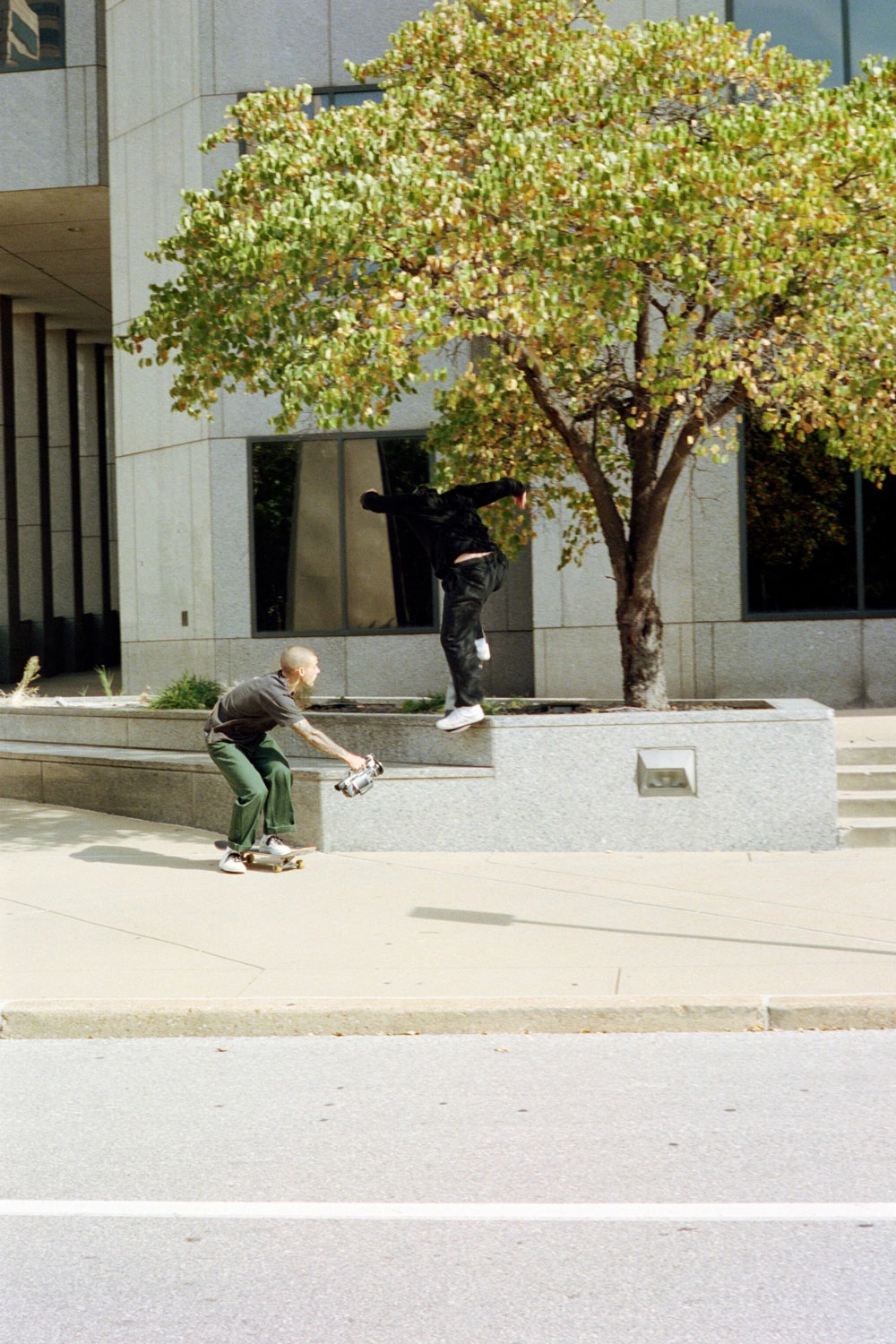