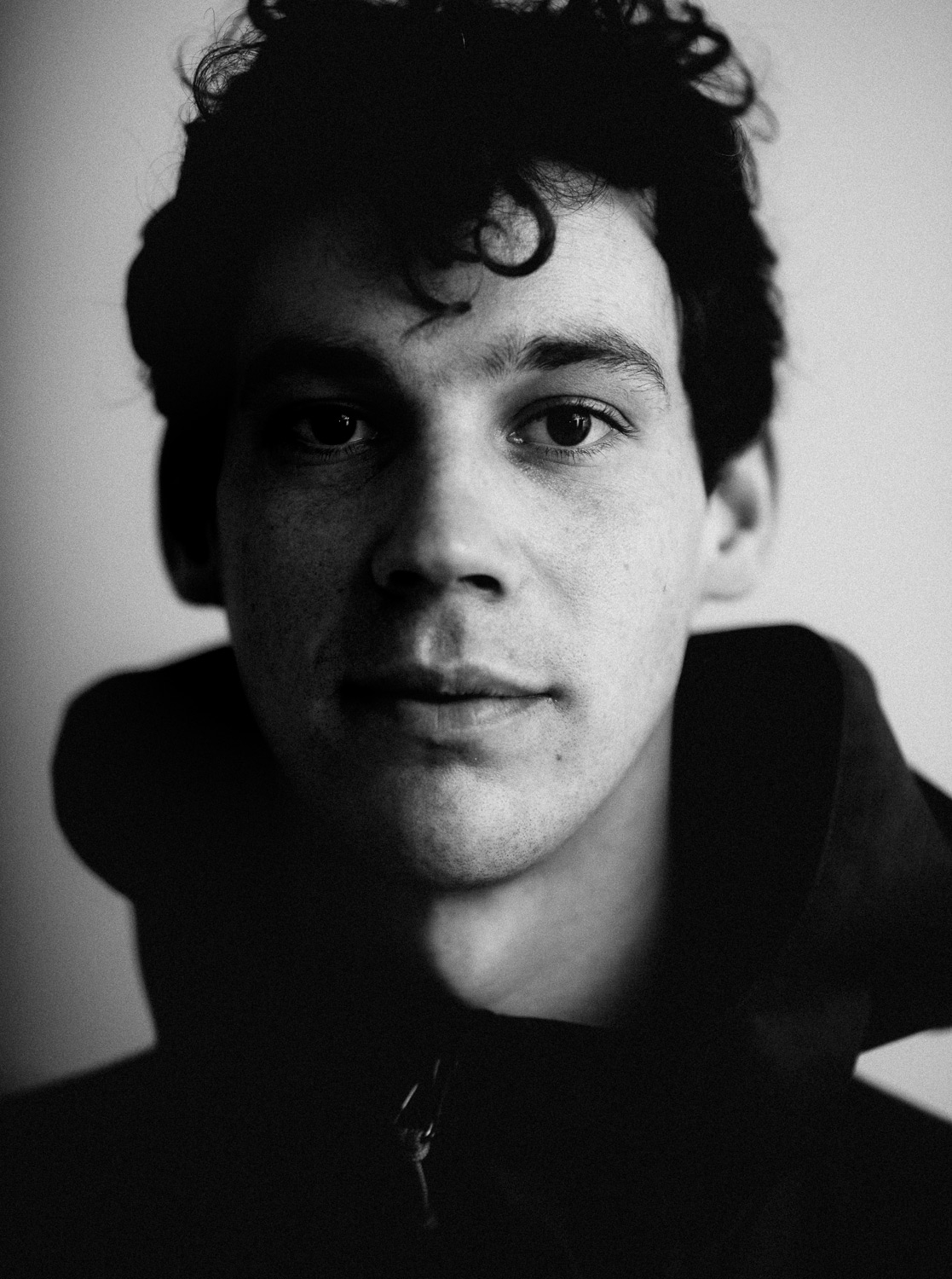 I don’t think I could have asked for a better or more fitting final encounter with Ben. It was two Fridays before he passed; I was heading into London. I was at a loose end, Ben was at a loose end, we’d made a tentative plan to be at a loose end together. The last handful of times we’d seen each other had only been fleeting affairs, we’d had a good few chats on the phone and the odd pint here and there, but it’d been a little while since we’d hung out properly. I’m not ashamed to say I missed him. My train pulled into Euston at 1:55pm, Ben told me he was waiting for me at the pub on the balcony, and sent me a photo of the freshly poured pint he was nursing. I found him occupying a booth, phone naturally on charge; we hugged then caught up on a few events that had taken place recently. The day before he’d been to visit Harry and Lilly and their baby Wren. Wren was only a few days old; he was so pleased for them all. He told me that my son Oscar was a little legend and that he got stoked every time he saw a photo or video of him. He said seeing me at this stage in my life filled him hope that one day he’d be able settle down and maybe start a family of his own. I told him it would all come to him when the time was right. We left Euston and headed out towards Covent Garden via Russell Square.

A few weeks beforehand I’d told Ben that his half-baked idea of moving to Cornwall could work out to be a good one, for a variety of reasons. A change of scenery, good people, Concrete Waves… He relocated to Cornwall for less than 24 hours; having moved all of his possessions to Carl Wilson’s place in Newquay, he had a change of heart in the early hours of the morning, loaded the van back up and drove straight to London where he found himself a new flat in Hackney Wick. It was such a classic Ben thing to do. He claimed that part of the reason he decided to go ahead with this short-lived move was down to the week we visited in Newquay ten years previous, during the summer of 2009. That was the first summer myself and Ben spent together. He had not long since turned 18 and was living with his mum in a house in Ipswich that I’m pretty sure belonged to Mark Munson. He’d recently made the switch from Consolidated to Enjoi and was able to live full time off of the cheques now coming in from his assembled line up of sponsors. We spent that whole summer on the road, pretty much. Whenever opportunity would allow we’d be on our way to one event or another, or staying at each other’s houses with the best of intentions to get out and film as much as we could. He went on to state that that summer was the best summer of his life. I’m sure ‘the best summer of his life’ routinely changed depending on whom he was taking to, but we were so much younger back then, and both genuinely excited by skateboarding and the apparent freedom that our specific roles within it bestowed upon us. It was evident by how frequently he brought it up over the years that the carefree way in which we were living in those days was something that stuck with him.

The conversation jumped around, as often it did. For no obvious reason we were reminded of our time at Glastonbury Festival in 2013; I was in a wilfully self-destructive phase of my life and he was dealing with heavy matters of the heart. One night we stayed up well past dawn theorising routes out of our respective troubles and reassuring each other that everything would work out fine. We laughed about the countless days and nights spent causing havoc in London, about our impromptu trip to Scotland with Ben Powell a few years ago and the events that lead up to a pint glass getting tossed into the street outside the Travelodge in Edinburgh during the early hours, about the time Leon Walton and I drove from Leeds to Ipswich on New Year’s Day to pick him up, then he stayed at mine for the entirety of the snowy January that followed…

We stopped by Slam for a minute then continued on to a pub I’d never heard of nor set foot in before, the same applied for Ben too, I’m sure. We swiftly drank a pint whilst discussing the current state of the skateboard industry then continued on with our aimless walking… We crossed the river and laughed about the Saturday morning I shot a photo of Ben in full loose unit mode, standing on Waterloo Bridge, dressed almost entirely in clothes pilfered from my wardrobe the night before, hair bleached, sporting some novelty glasses that I think came free with a DVD copy of Cloudy with a Chance of Meatballs we’d acquired somehow. We ended up at Southbank then headed to Waterloo, which seemed like the natural end point to our journey. We had one last pint in a dimly lit pub that resides underneath the station. Unsurprisingly, Ben needed to charge his phone so we were forced into taking the worst possible table in the whole place – sandwiched between two in use slot machines – that’s only saving grace was that it was next to a vacant plug socket.

Ben was heading over to east London for a Nando’s with the old Shell Finger crew. I wished I could’ve gone and seen everyone but I had a meeting to get to, then I was needed to get home. He claimed he was going to be in my neck of the woods the following Tuesday, to visit a cousin. I said if he came up I’d bring Oscar over to see him in the afternoon; it’d been a while since they had seen each other. We said our goodbyes, hugged and he headed down into the Underground. I’d never get the chance to see him again.

In hindsight, I’m able to appreciate how perfect a last afternoon with Ben that was… Walking around from point to point with no real agenda, reminiscing about some of the times we’d shared and putting the world to rights over a couple of pints. I’ll forever be grateful that I have that final memory of him. A few days later I reminded him about the vague Tuesday plans but nothing ever came of it so I figured he’d found a better way to pass the day. I didn’t take it personally.

The phone call I received on Tuesday May 14th telling me that Ben had committed suicide literally turned my world upside down and filled me with sadness and confusion of the sorts I’d never experienced before. I kept returning to our final hours together in London, wondering if there were any warning signs, anything that I might have missed that hinted that he was on the verge of taking his own life. I genuinely don’t think there were. Like we all do, Ben had things in his life that he was struggling with, but the extent to which he was ultimately suffering was kept from us all, safely hidden away behind closed doors and masked by his consistently effervescent exterior. The long road of depression is one that most people will find themselves wandering down at some point in their lives, but I’ve got no idea how it must feel to reach the far end of that path, to arrive at the point where you feel there is no other way out, no other option but to take your own life. The thought of Ben experiencing such levels of all encompassing pain will never fail to break my heart.

As I sit here writing this, it’s been a few days since we went to Ipswich and said our goodbyes to Ben. The funeral was simultaneously an utterly devastating and otherworldly beautiful affair that brought together hundreds of Ben’s friends and family from across the world, the likes of which I’ve certainly never been witness to before, and I hope beyond hope that it’s something that none of us ever need to be witness to again.

Losing Ben has left a massive void in the lives of so many people, but the positives that have come from it are obvious for all to see; we have no other choice but to take them on board and be influenced by them. Firstly, the overwhelming sense of community that has come about within the skateboard scene has been incredible. Everybody is there for everybody else, friends are unafraid of telling friends that they love them, nobody has been left on their own during these past three dark and confusing weeks, and the lengths that people have gone to honour Ben’s memory have been nothing short of breath-taking. Within skateboarding, mental health is now being talked about more than ever. People are opening up about their own struggles, their experiences of depression and suicide, and honest, important conversations are finally being had. As a result of all this, if one single person now feels it’s acceptable to turn to someone else when they’re feeling low instead of suffering in undue silence, then Ben’s death won’t have been in vain.

The physical act of riding a skateboard is fucking fantastic, but it’s the friendships we forge and the connections we establish that make skateboarding a truly marvellous thing. It forces you to cross paths with people from all walks of life, unique, unforgettable and brilliant people, people such as Ben. These friendships and connections are all that we have, so never be afraid to utilise them to the fullest. Cherish the good times, remind yourselves of them as often as you can, but don’t be afraid to reach out to the people around you if you find yourself struggling. Similarly, don’t hesitate to extend a hand to someone who you suspect may be in a dark place. It’s impossible to tell exactly what might be going on just out of sight.

I feel that it needs not be mentioned here really that Ben was a phenomenal talent on a skateboard; I’d imagine that every single person reading this would already be well aware of his ridiculous skill level and the vast majority of his achievements. His legacy within skateboarding is all out there, ready to be admired as it always has been, and it will no doubt be poured over by generations of skateboarders for decades to come. But it’s Ben Raemers, the unwaveringly perplexed, humble, magnetic and incredible lad from Walton-on-the-Naze that we’re all going to miss. Not a day will ever pass where I don’t wish he were still here to take a walk with, to have a pint with, to put the world to rights with, or to reminisce about stupid times gone by with. It was sincerely an honour to be able to share a part of Ben’s journey, and it was equally a privilege to have him share in mine.

Rest easy geez, I love you.