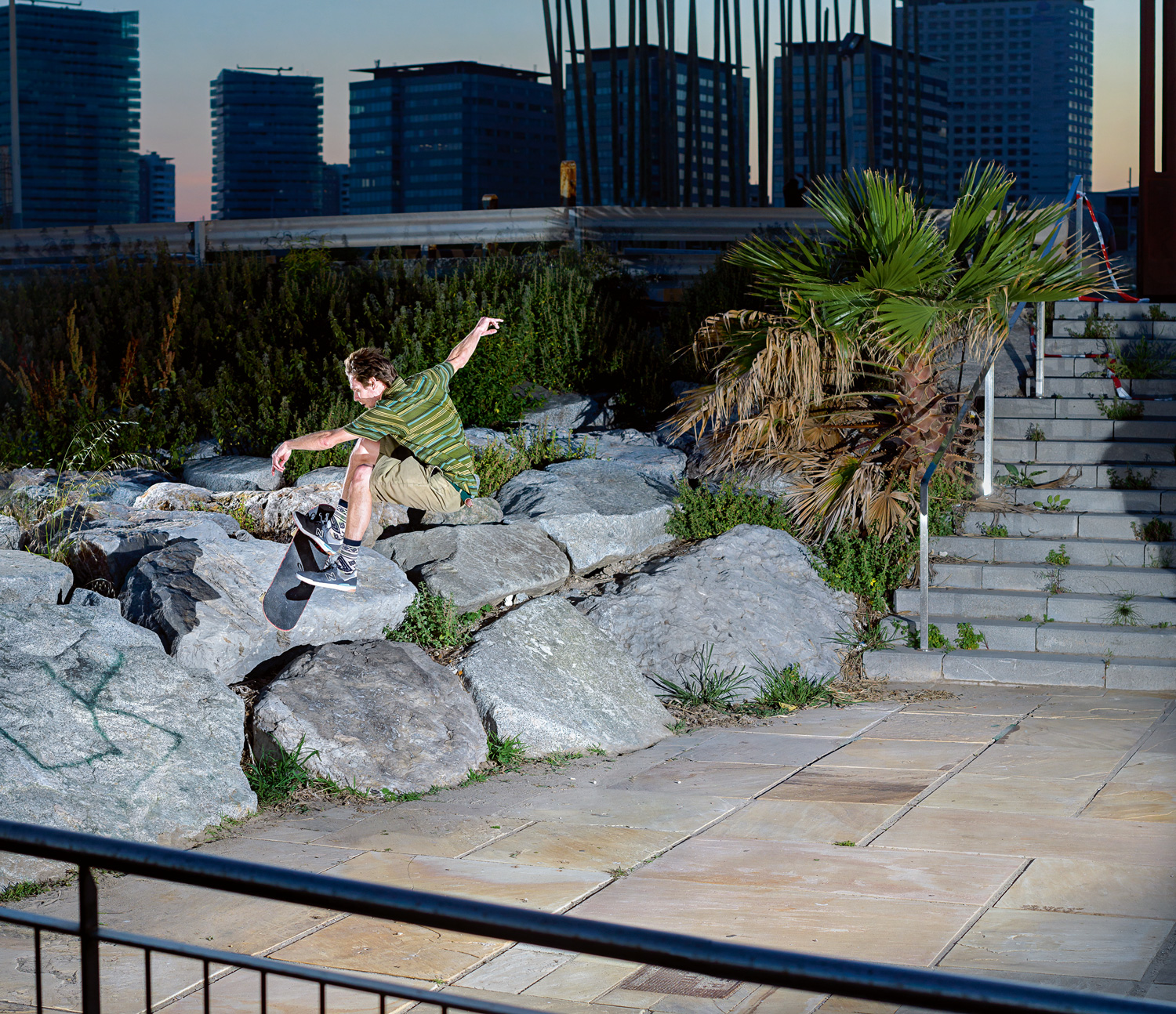 For issue 31 of the mag eight European photographers were tasked with coming up with a concept for an article that could be shot between the 25th of May and the 1st of June1 2020, just as Covid-19 lockdown restriction measures were starting to ease… Below is Gerard Riera’s article with some words by Tyler Surrey.

As the Covid-19 cases began to increase and spread rapidly, it was announced that Spain would go on a two-week lockdown starting March 15. We reacted how most skateboarders react to news: ‘Let’s go skate!’ So off to Sants Station we went for one last session before the countrywide attempt to ease the spike in cases/deaths was implemented. It was a typical session like any other: joyful, fun, and carefree. The topic of conversation, however, wasn’t as typical as the session. It was somewhat ominous and full of uncertainty. Once again, as skateboarders we reacted how most skateboarders would. We had a discussion about theoretical scenarios, sprinkled with light-hearted jokes and funny ideas about how to handle the next two weeks inside. But from my recollection, nobody mentioned the possibility of: ‘What if it’s longer than two weeks?’

As we wound down the session, everyone said their temporary farewells, and we all went home. That evening, I optimistically contemplated what was in store for the next two weeks. There’s a wide variety of ways to react to a mandatory lockdown: debauchery, productivity, and everything in between. We chose to start with debauchery. In the beginning of the lockdown, we held a few ‘illegal’ barbecues and house gatherings with close friends as we killed time and brain cells with alcohol. After a few days of this, we got it out of our system and realised that this isn’t the way to go. The second week in we mellowed out and began to prepare ourselves mentally and physically for the release date by eating well and exercising at the house. That’s when rumours started to spread of a two-week extension of the lockdown. 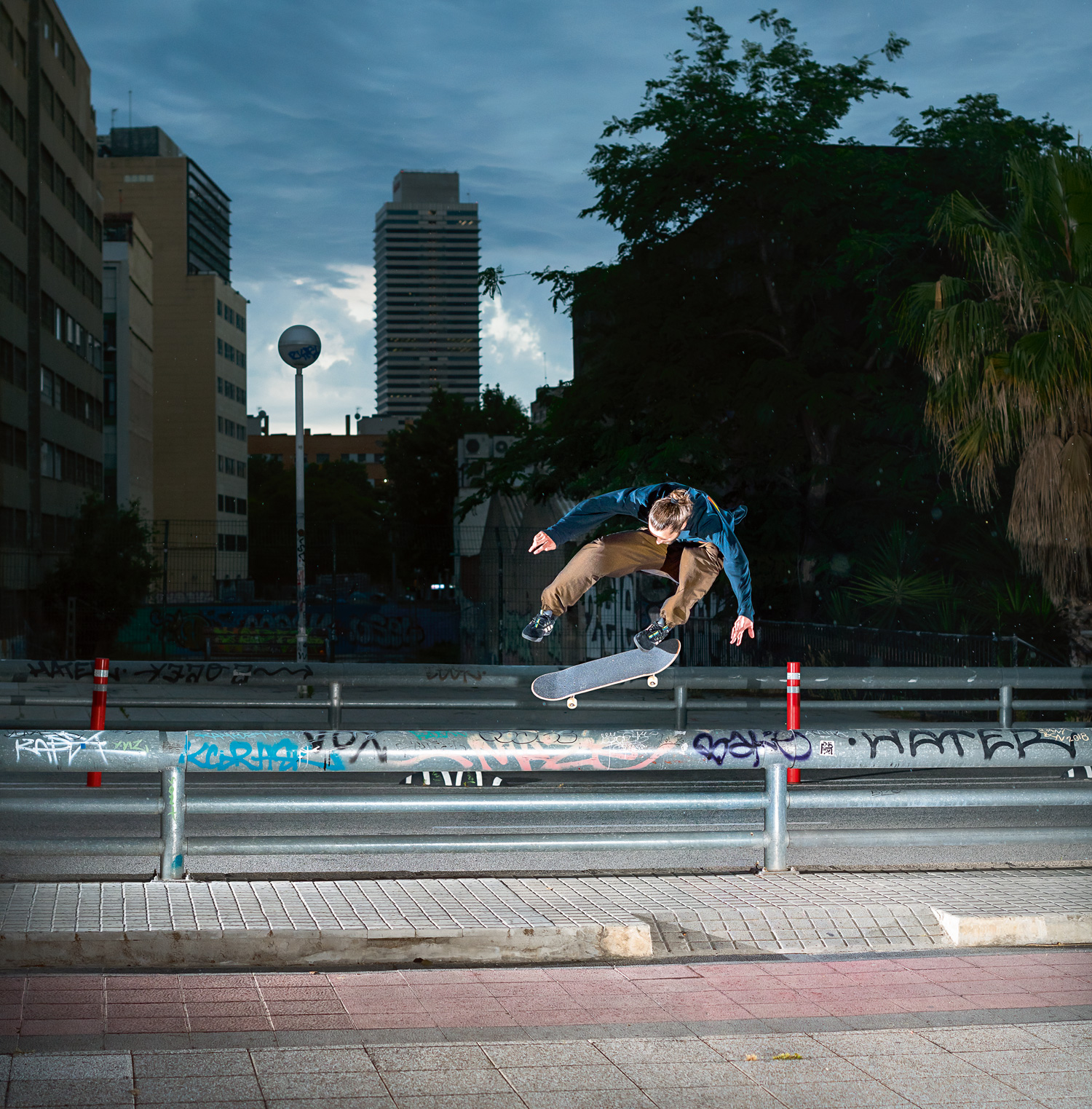 Nisse (Ingemarsson) and Martin (Sandberg) had rented a flat here in Barcelona for two months to film and shoot photos for various skate projects. After the two-week extension was publicly announced, they decided to look for tickets to go back to Sweden where the country had a different approach to tackling the growing pandemic. There was no lockdown, and the country essentially decided to proceed with everyday life, taking into account the respect of social distancing and keeping gatherings to less than 500 people. We teased and guilt tripped them in a friendly manner for leaving, while secretly being a little jealous of them for having this option. As they made it back to their homeland, and we saw Instagram clips of them out skating the very next day, our words changed from ‘I can’t believe you’re bailing’ to ‘I can’t believe we’re still stuck here.’ 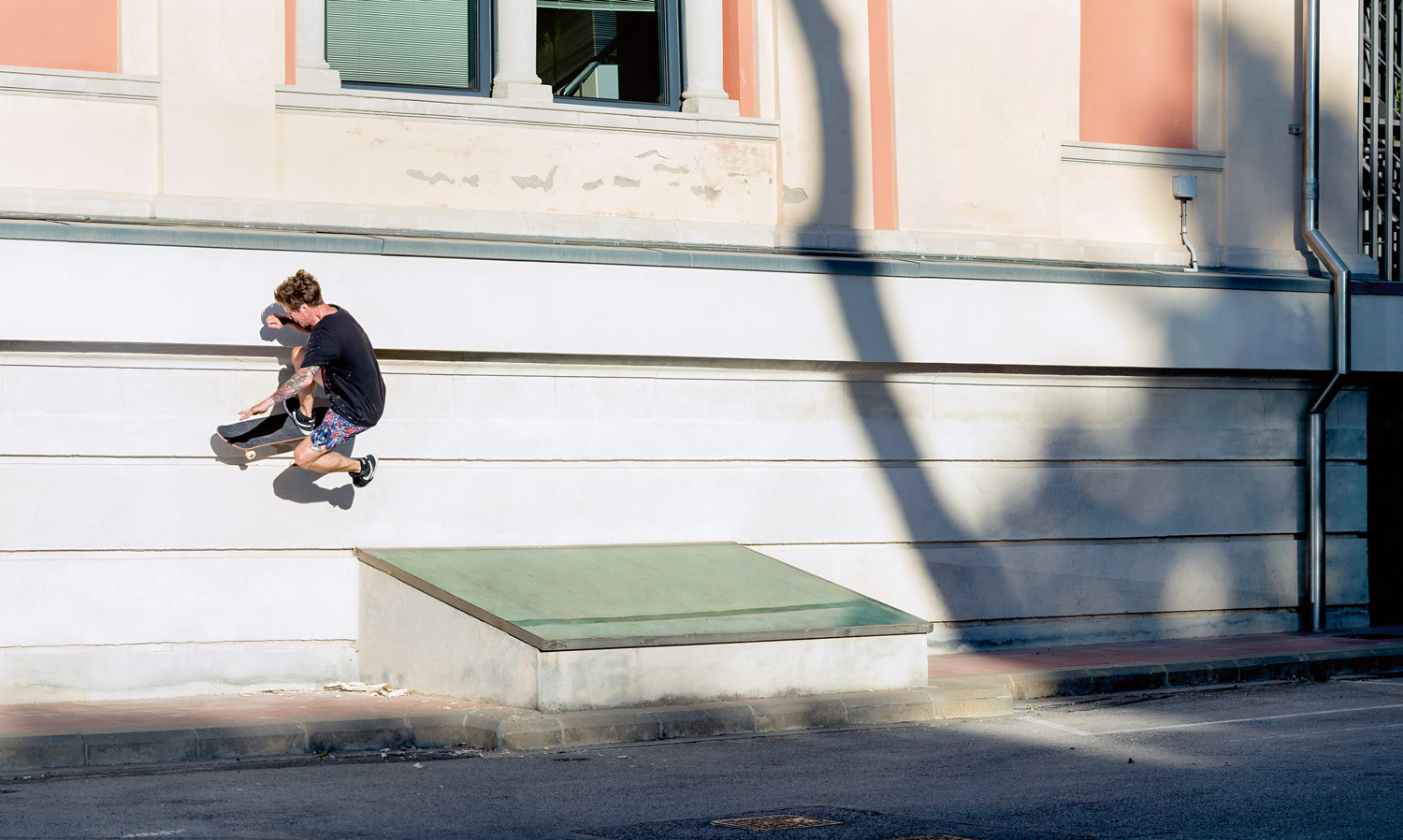 Although it’s not ideal to be stuck inside while spring and perfect skate weather finally arrive, it isn’t the worst thing that can happen. In fact, it couldn’t have happened at a better time in our history. All the information in the world is available at your fingertips via the Internet. So to complain about boredom feels tantamount to a spoiled kid complaining that his new Ferrari is yellow instead of red. There’s plenty to keep entertained with: everything from watching shows/movies, to looking up new cooking recipes, to looking at hilarious memes, to learning about any subject that sparks your interest. This became the new daily norm in our household during the next couple of weeks as the Spanish government continued to keep extending the lockdown period each time it was about to end. 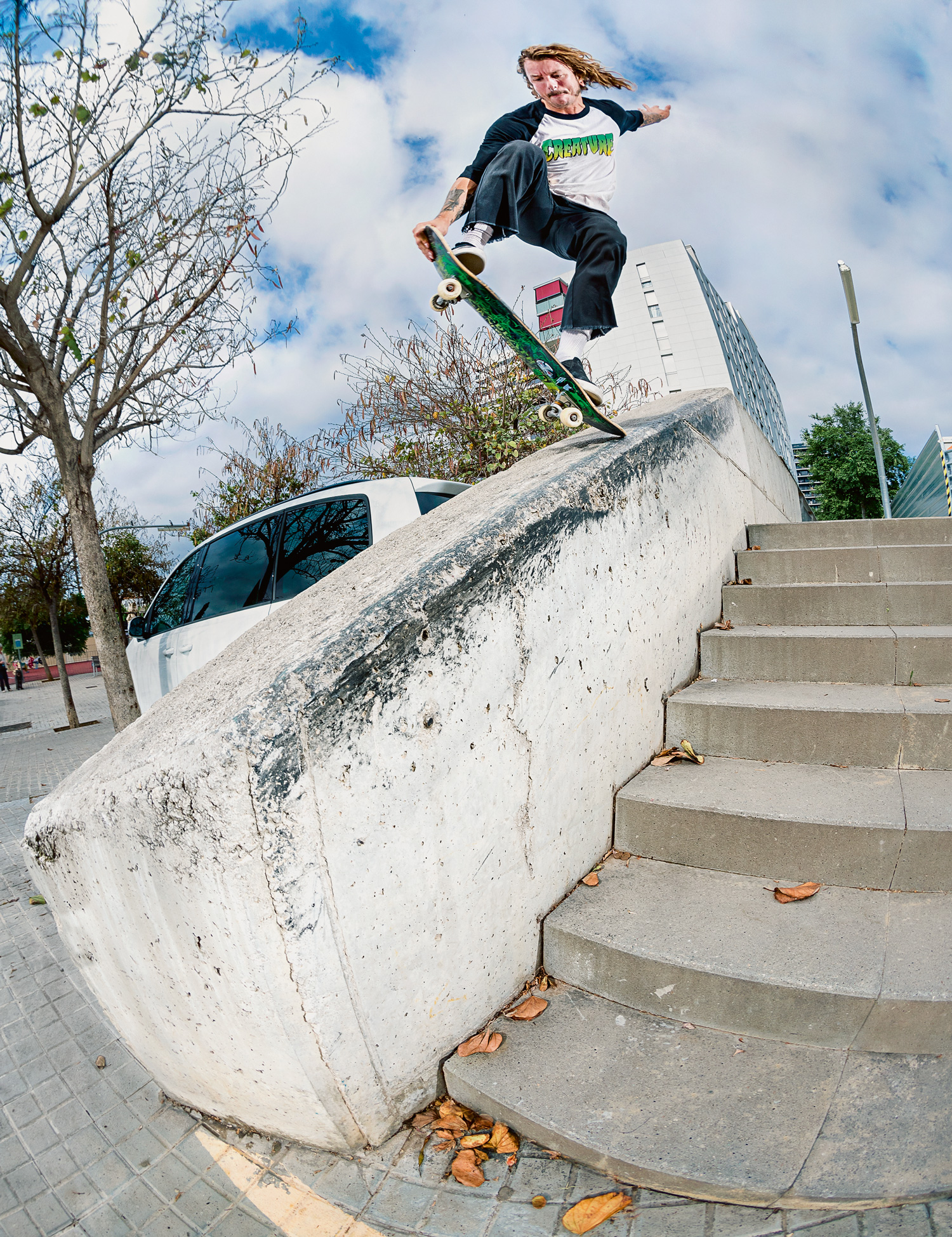 One day out of nowhere, me and Tom Snape received a message from Gustav (Tønnesen) saying we all might have ‘it’. (Me, Tom, and Gustav live together) Before lockdown started, friends of Gustav’s girlfriend had tested positive for Covid-19, and, as viruses do, it spread to his girlfriend, which eventually reached Gustav and our house. Shortly after, me and Gustav started to show some symptoms. He experienced complete loss of smell/taste for 10 days while I developed a mild chest cold and slight shortness of breath for five days. None of this felt severe enough to panic about, and then my chest cold dissipated and Gus’ smell/taste started to come back. We joked about how we defeated the virus with very minor symptoms and continued on with our new daily ‘routine’ in the house. But before Gustav fully recovered, he came down with a strong fever that lasted for about six days and cold symptoms that lingered for about a week after breaking the fever. As soon as he started to recover, I came down with the same thing. I would describe the symptoms as somewhat intensified cold/fever symptoms that seemed to last a little longer than normal. During this time, Spain would only allow you to test for Covid-19 if you were showing life threatening symptoms such as severe pneumonia. And, whereas pneumonia never even crossed my mind, I went to the doctor after breaking my fever to make sure I didn’t need antibiotics for the white spots on my swollen throat. They assumed I had Covid-19 based on my symptoms, so they tested my throat and X-rayed my chest even after checking my breathing and saying everything was fine (I imagine it was protocol). After a few hours they came back with the throat test being negative and a diagnosis for minor bacterial pneumonia in one lung. I ended up receiving antibiotics for my lung and not for my throat. After one week of antibiotics, a follow up X-ray showed my acute lung build-up had disappeared. So, despite not officially getting tested for Covid-19, it’s safe to assume Gus and me had it. 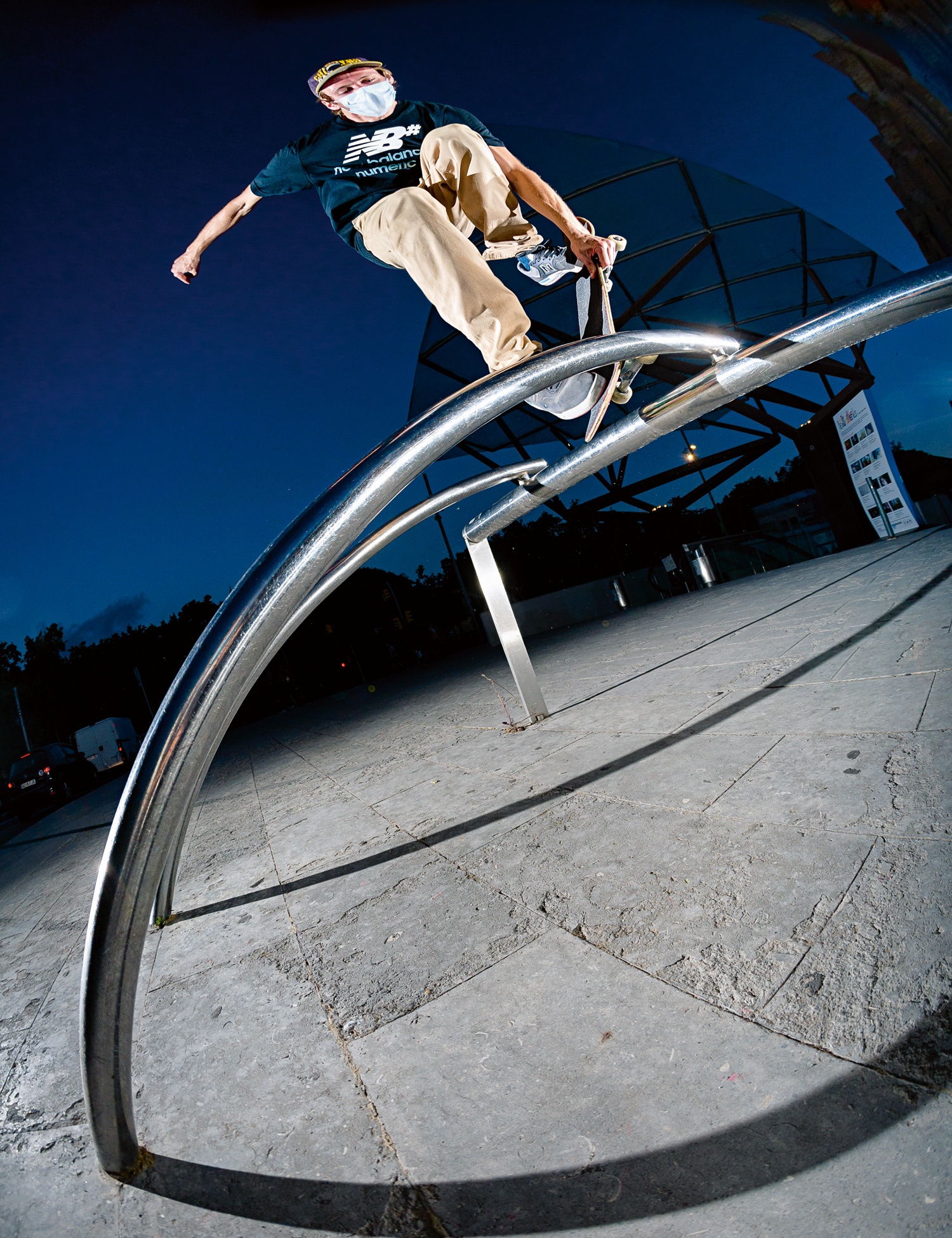 You may be wondering, ‘so what happened to Tom Snape? More importantly, why doesn’t he have any skate photos in the article? Did Gus and Tyler ditch him to secretly go out and shoot photos?’ The answer is no. While we were displaying an array of Covid-19 symptoms, Tom was having intermittent stomach pains. They got so bad at one point he went to the doctor, who misdiagnosed him and sent him home with instructions: stop drinking orange juice and coffee. We were joking how while it appeared me and Gus had gotten the worst of it, Tom escaped essentially unscathed other than stomach cramps. The only problem was that when we fully recovered, Tom continued to have stomach pains. It got to the point where he couldn’t take it anymore and went back to the doctor. That evening he never returned back home. The next day passed without hearing from him again. With all the corona panic and unease in the air, we started to get extremely worried. After physically going to the local hospital, and calling 10 others, we couldn’t figure out his whereabouts or status. Now you may be wondering, ‘did the Covid-19 virus manifest itself differently in Tom’s body? Did the virus take on a new mutation and bypass the flu symptoms, directly attacking his internal organs?’ That answer is also no. In fact, this had nothing to do with coronavirus. After two days of no news, the hospital finally contacted us to let us know where he was. Coincidentally, he had developed appendicitis and, because of the misdiagnosis a week before, his appendix had burst sending a wave of infectious puss through his abdomen and into his bloodstream. He was hospitalised, put on intravenous antibiotics and had the most complicated appendectomy the surgeon had ever performed. In case you were wondering if he recovered, he’s back to two coffees a day and recently bought a new orange juice press. 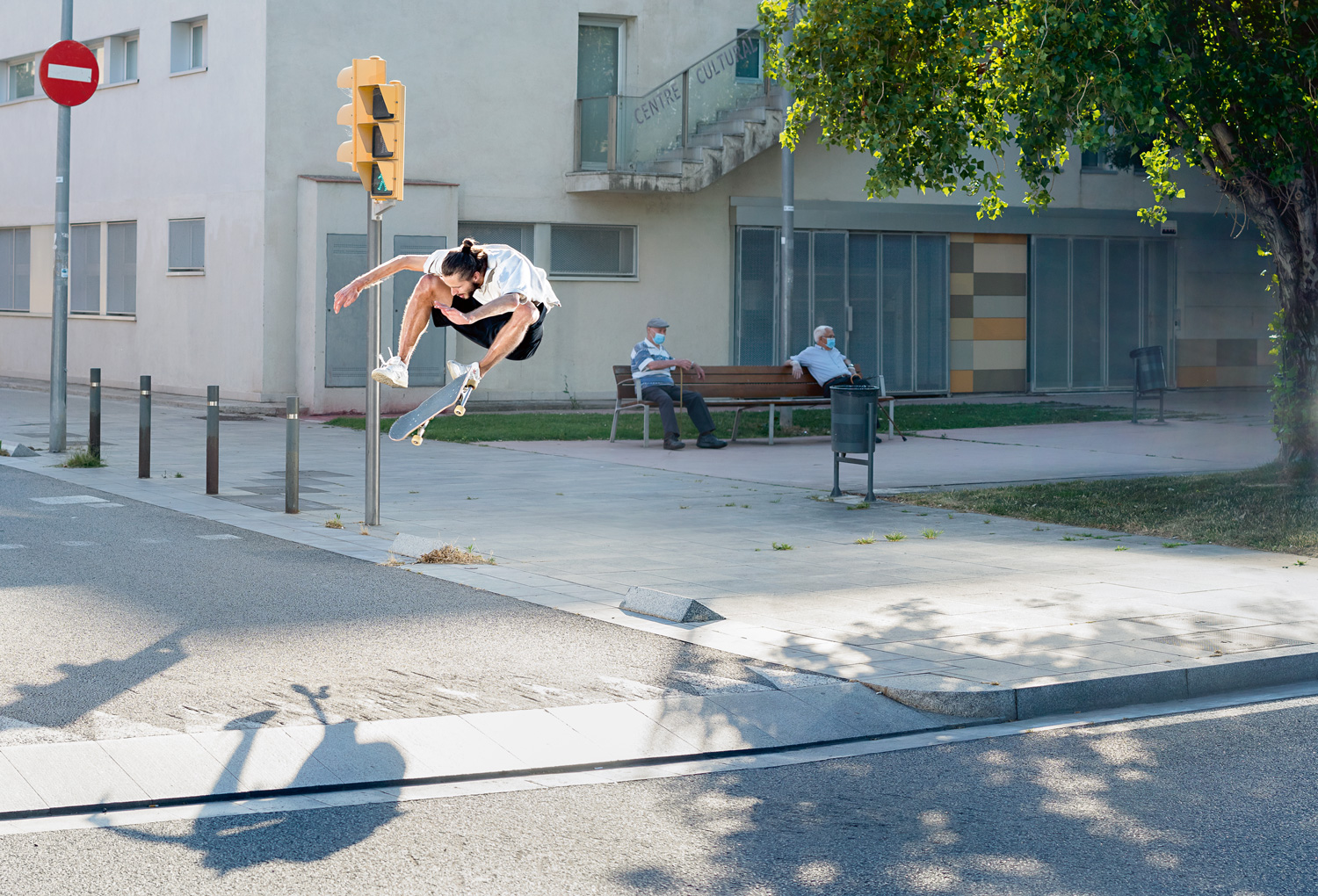 When you see reports from corporate and mainstream media outlets, it’s easy to fall for their fear-driven, sensationalism-style reports focusing on death tolls, overcrowded hospitals and ‘no place to bury all the bodies.’ This is a tactic to receive the most views/ratings using horrific titles as ‘click bait.’ With no intentions of downplaying the severity of this situation, it felt as if the news painted an apocalyptic picture in the beginning and, at least in the US, analysts grossly overestimated the predicted number of deaths to come. Granted they didn’t have all the time in the world to make assessments on the situation. But in classic mainstream media fashion, they magnified the negative while leaving out the positive. In a few reports they even exemplified a ‘healthy middle age’ person dying from the virus. But that was one case compared to the countless healthy people of all ages that recovered fine. We shouldn’t stop living because of this potential threat. If they showed examples of people getting hit by a car or dying of lung cancer, would we still drive and smoke? The answer is yes. We do know these risks and we still drive and smoke. The best thing one can do is take the necessary precautions recommended by experts who have a good understanding of the situation. But equally important, don’t live in fear, practice good hygiene, and, coronavirus or not, maintain a healthy immune system by eating right and exercising. 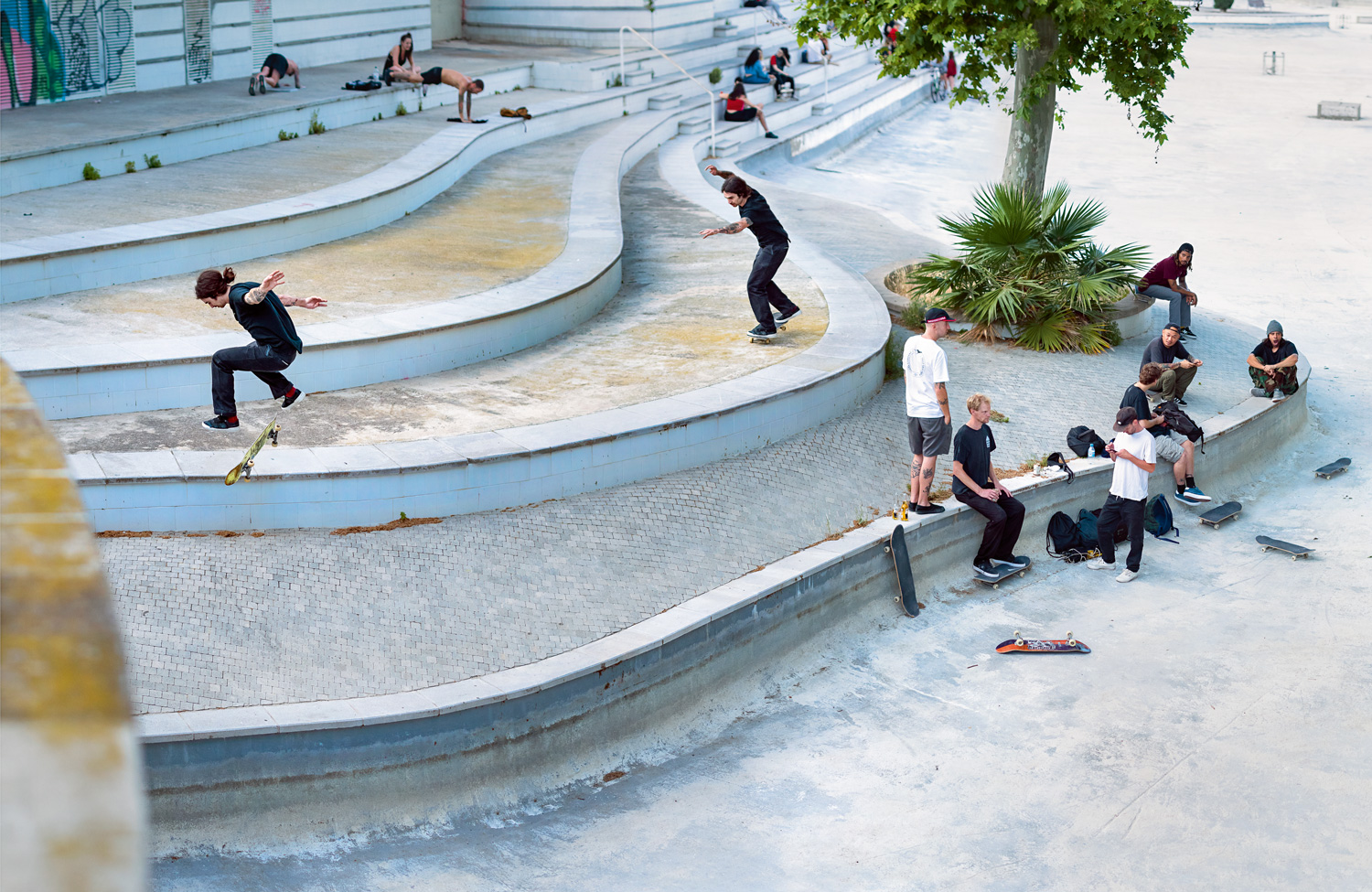 On the other end of the spectrum, there has been conspiracy theorist-type claims that the virus is fake, etc. Although it’s not threatening our entire existence as some media outlets made it sound, it is, at the very least, real. There’s a lot of information being thrown at us from every angle and it’s hard to know who to listen to and what to believe. When it comes to events and mainstream media, my advice is to find alternative sources of news, do research and use critical thinking and logic. After all you have access to all the information at your fingertips. Don’t be a brainless sheep going out and panic buying all the toilet paper in the supermarket.
P.S. It was pretty hard to shoot these photos after not being able to skate for 47 days and then only being allowed out in Barcelona from 6–10am and 8–11pm. 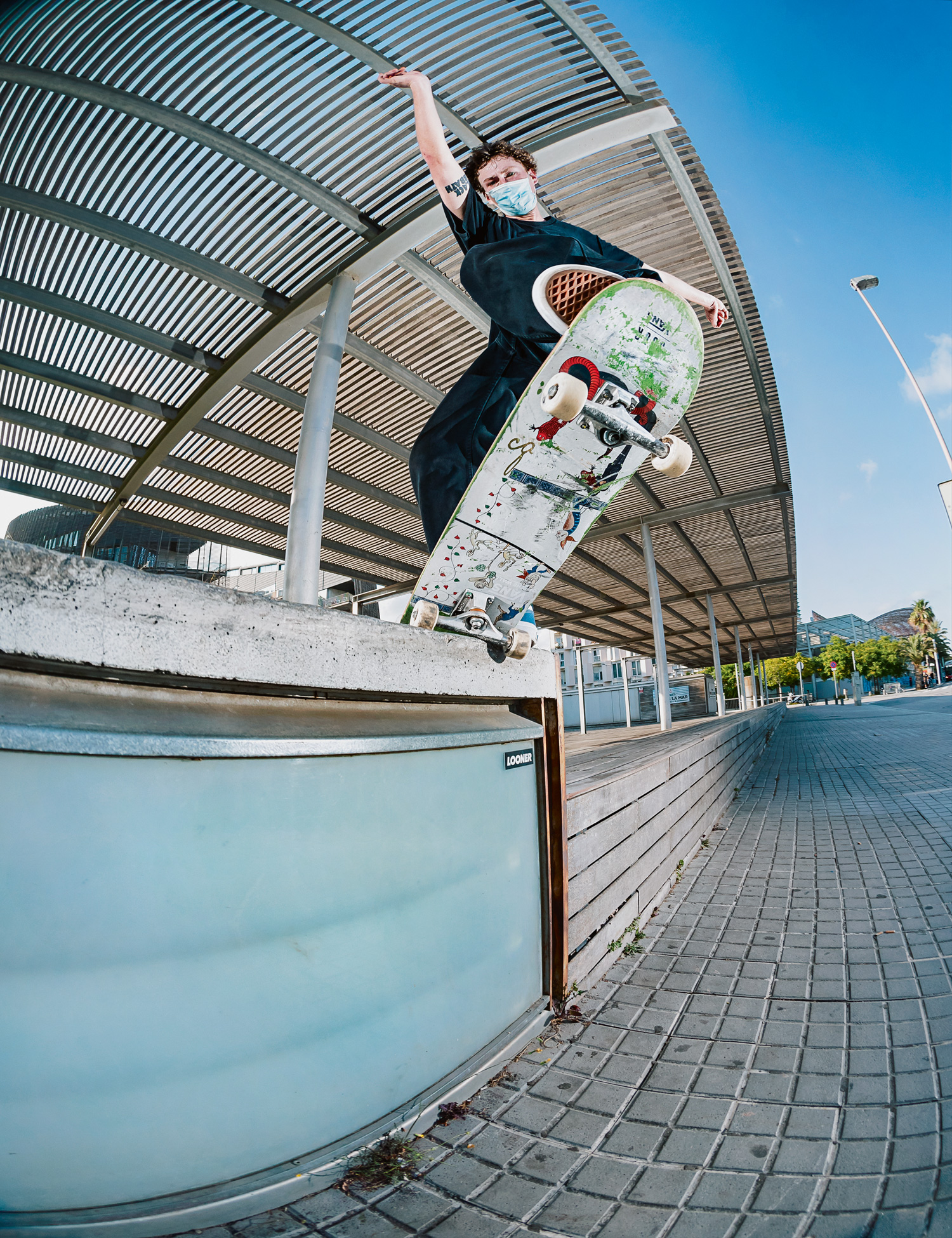