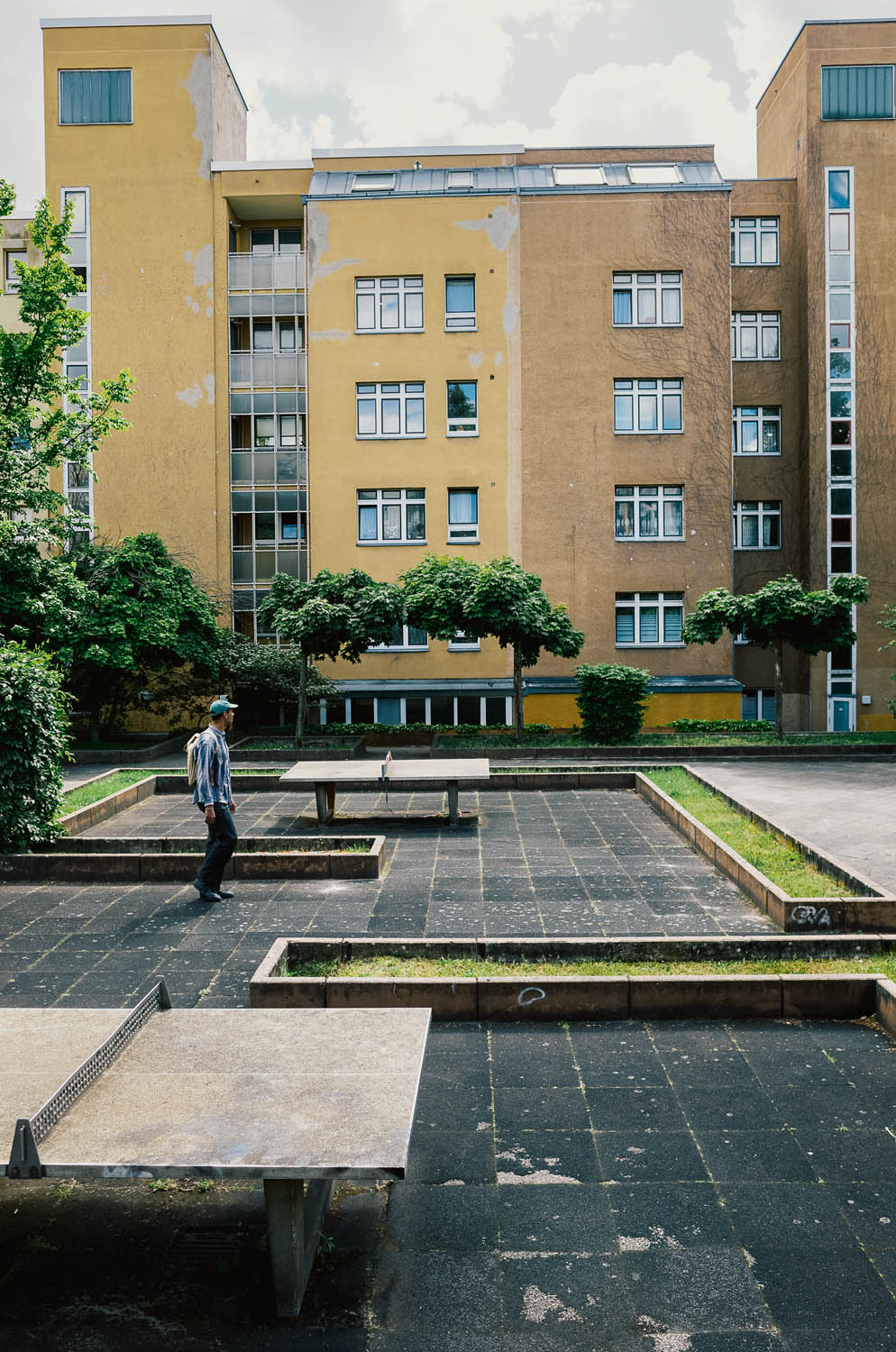 It wasn’t until halfway through the week of shooting this project that I really acknowledged what it is that I’m trying to show here – what the underlying inspiration is. I got my hands on the previous issue of Free, issue 30, and in amongst it is a piece by Ted Barrow: ‘Mystery & the Market’. Here Barrow discusses the enigmatic power and allure that pros used to have, before the days of flaunting every aspect of one’s life on social media… Sure, he concludes that it’s actually always been the pros who do let their personality shine through who are most likely to become household favourites, but, nonetheless, it was this discussion of mystery that really struck a chord with me. It ‘clicked’ for me that this is the feeling I’m chasing and trying to portray here. Not the mystery of the individual but the mystery of place and what might be waiting to be discovered. 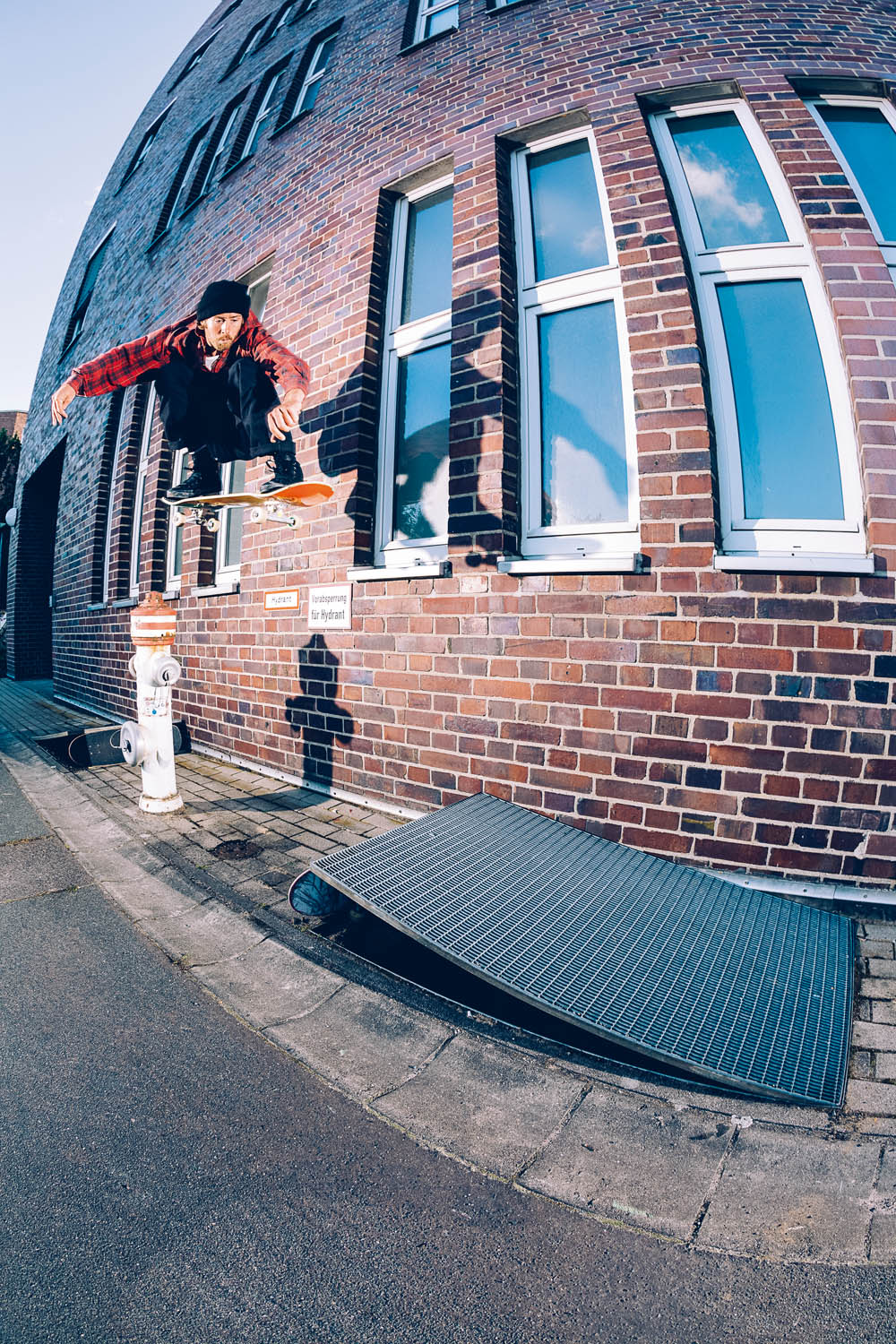 Like quite a substantial amount of people living in Berlin, I’m not German. I remember when I first visited this city back in 2007, still at school and living at home in the UK, I said to myself that I would move here as soon as I could. Whether I knew it at the time or not, I was obviously being sincere – I’ve been living here for going on seven years now and I think I’m here to stay. But when I think back to that first time here and the captivation I felt, I remember a certain, specific excitement. One that took me back to when I first got hooked on skating and further still, back to being a little kid going out with my neighbour on our bikes, pushing ourselves each day to ride further and in new directions. We had nothing in particular we were looking for, nothing tangible or concrete… It was purely our sense of intrigue and adventure that would motivate us each day to get out there and find something to get into. 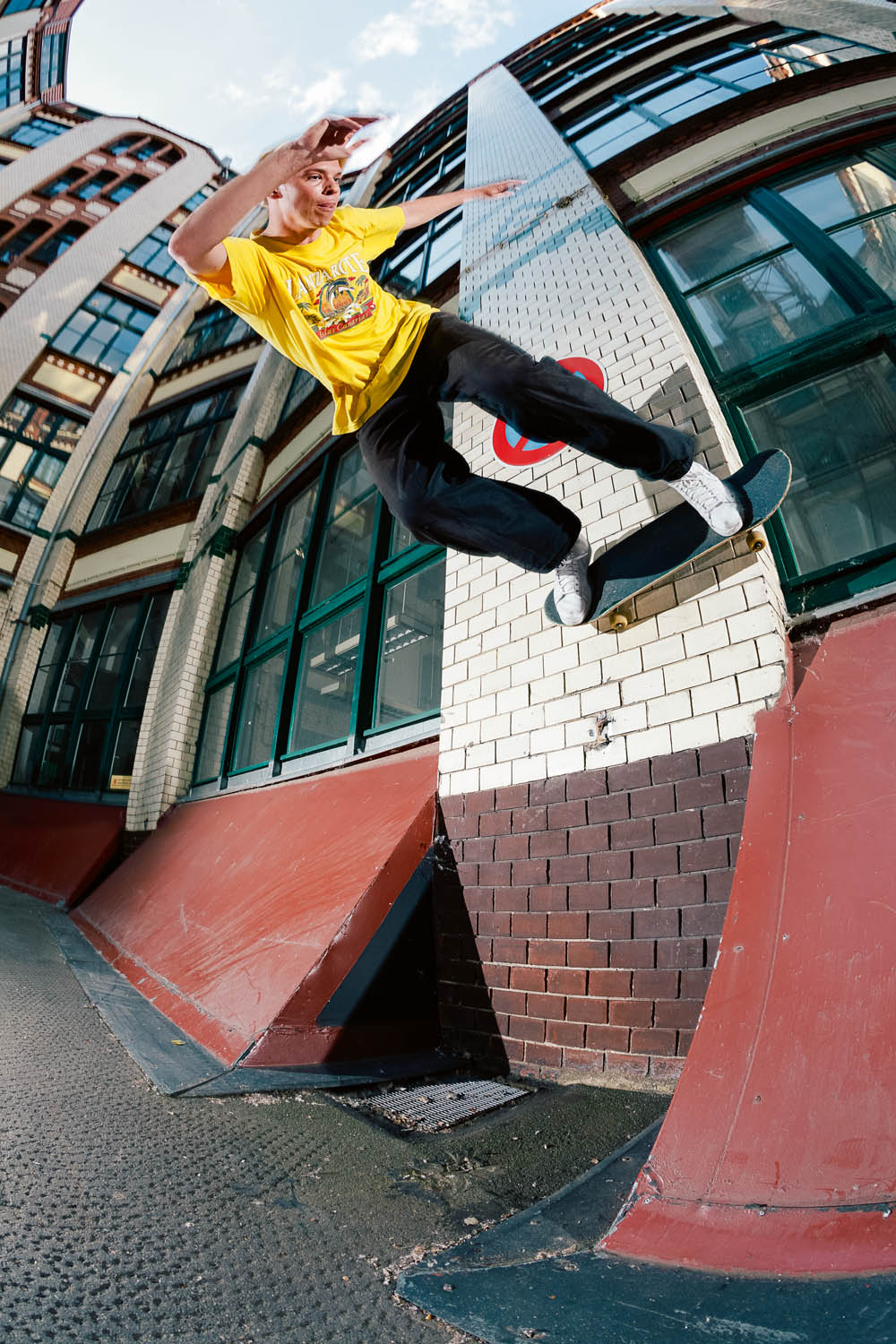 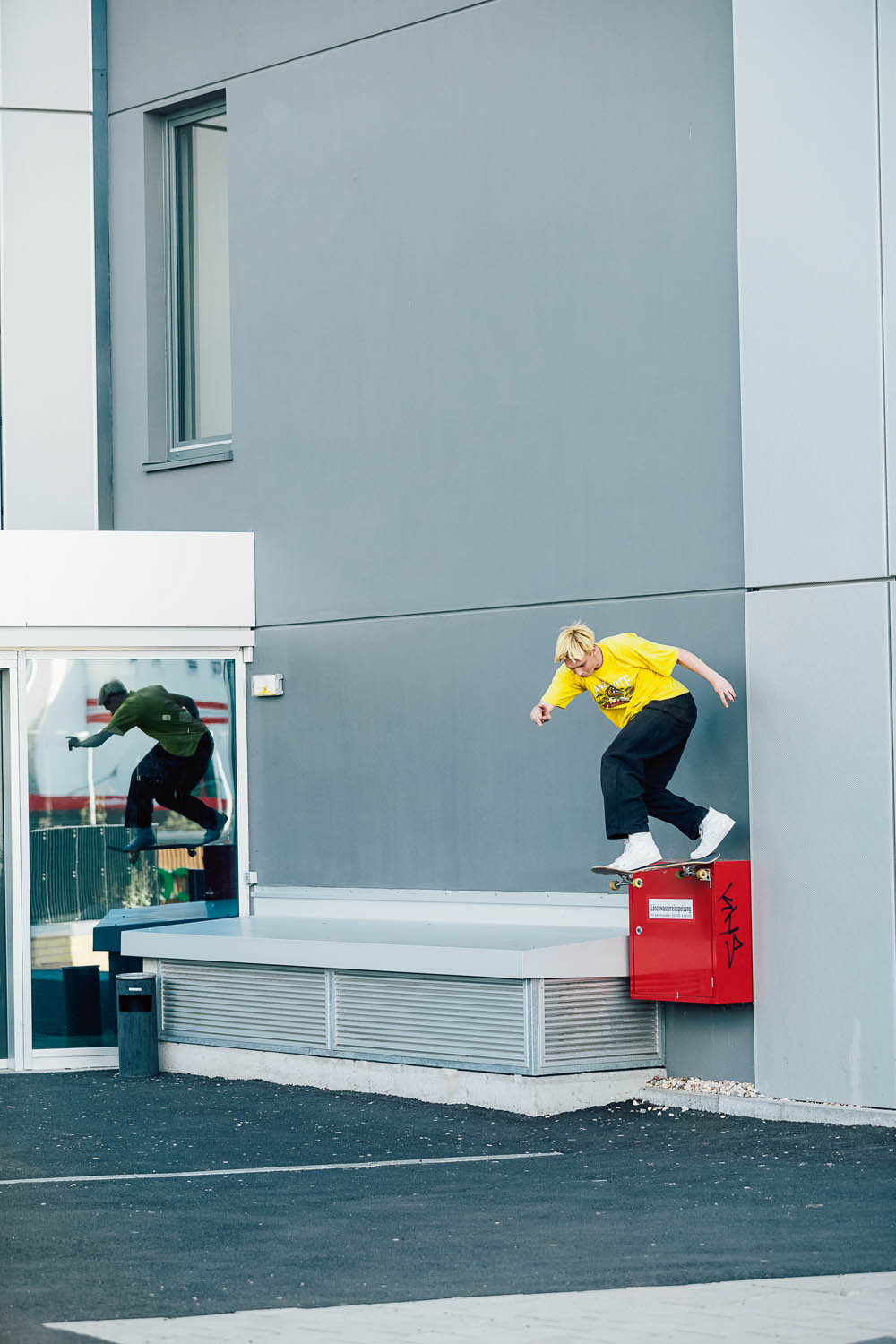 So much of Berlin is hidden in its Hinterhöfer (backyards) – to such an extent that you could know every single street like the back of your hand but still only know just a fraction of the city as a whole. These private gardens and courtyards, intended only to be used by the residents or office workers of each building, make up the majority of the city and yet may as well not exist to most people… Out of sight, out of mind.
But in knowing that such a huge amount of the city is as good as unknown creates, for the curious minded, a massive sense of intrigue. This is the feeling that rushed over me on my first visit and again, later, when I moved here and started exploring. Of course this feeling of intrigue is relatable to anyone, anywhere – I just happen to be talking about my own experiences here in Berlin. 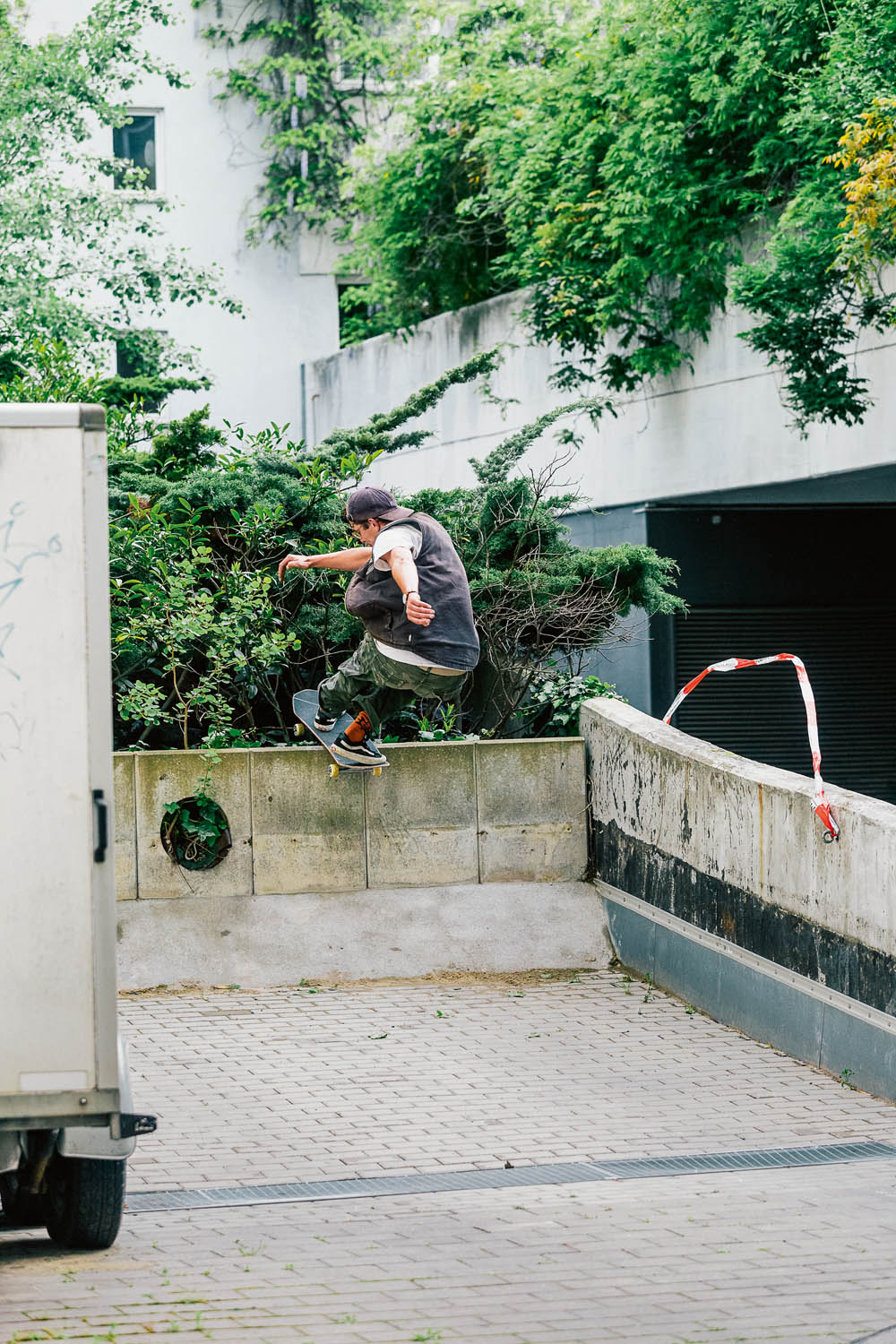 ‘Finding a spot in the backyard of a building complex is like going through a thrift store and finding a nice pair of trousers or a great jacket. It is barely ever happening but it does happen from time to time. The rewarding feeling you get is quite similar.’ – Daniel Pannemann 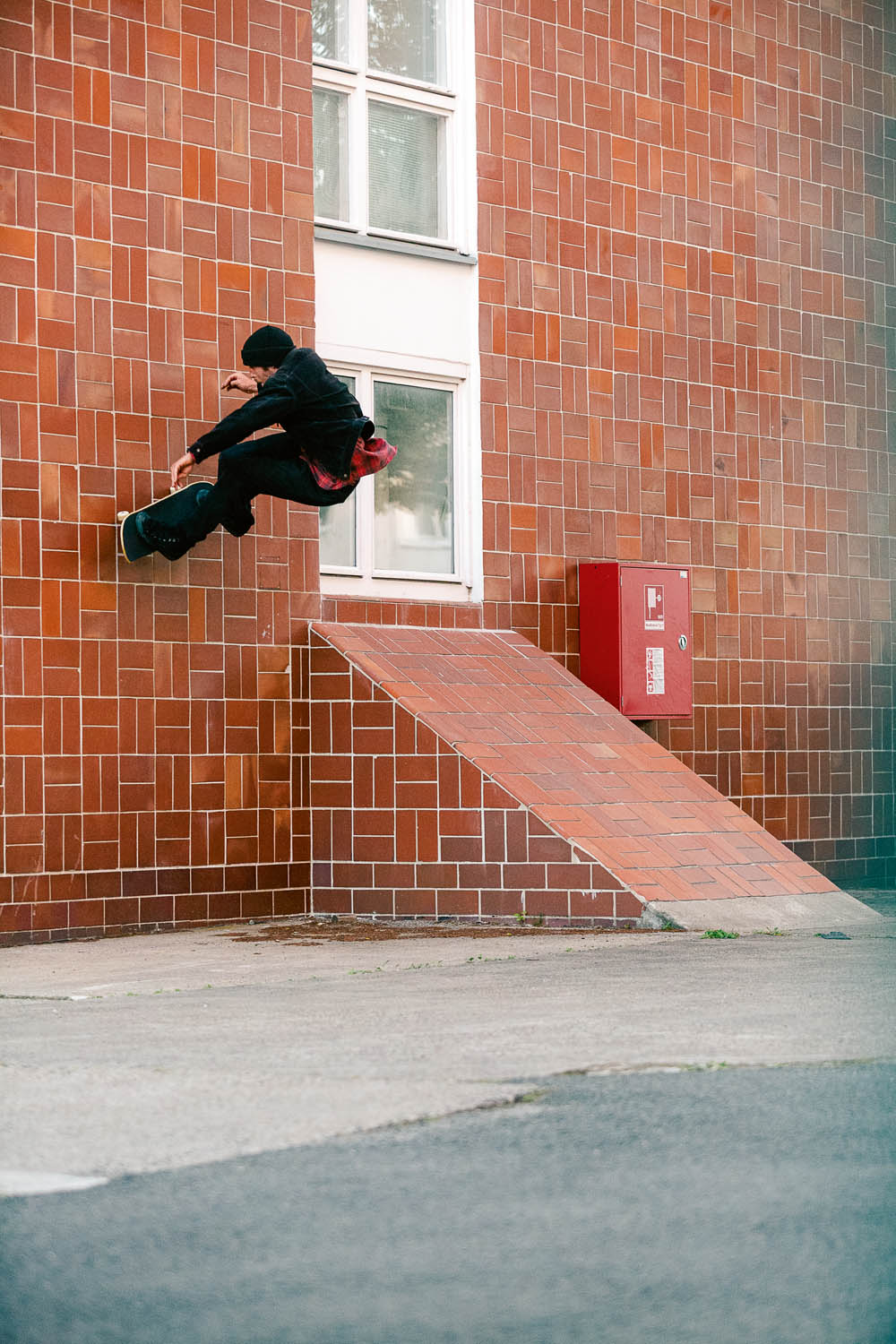 I feel that it is this mystery, this intrigue – the potential of the unknown and finding a hidden gem – that represents and sums up the thrill of skateboarding… Street skateboarding at least. It’s the needle in a haystack syndrome. Even when we’ve skated the same place for years on end, it is this little sense of ‘what if? What could still be hiding around that one unchecked corner?’ that keeps us inspired and searching.
Funnily enough my day job also has me constantly going in and out of Berlin’s backyards. I deliver food around the city on my bike and I’ve always related the joy and satisfaction of such a simple job to the freedom it allows and exercise it demands. Thinking about it now, however, I realise that there’s also a certain kind of voyeuristic or vicarious enjoyment playing a big part in it… I love having this ticket in to these hidden spaces and, if only for a minute or two each time, getting to observe people’s private lives. 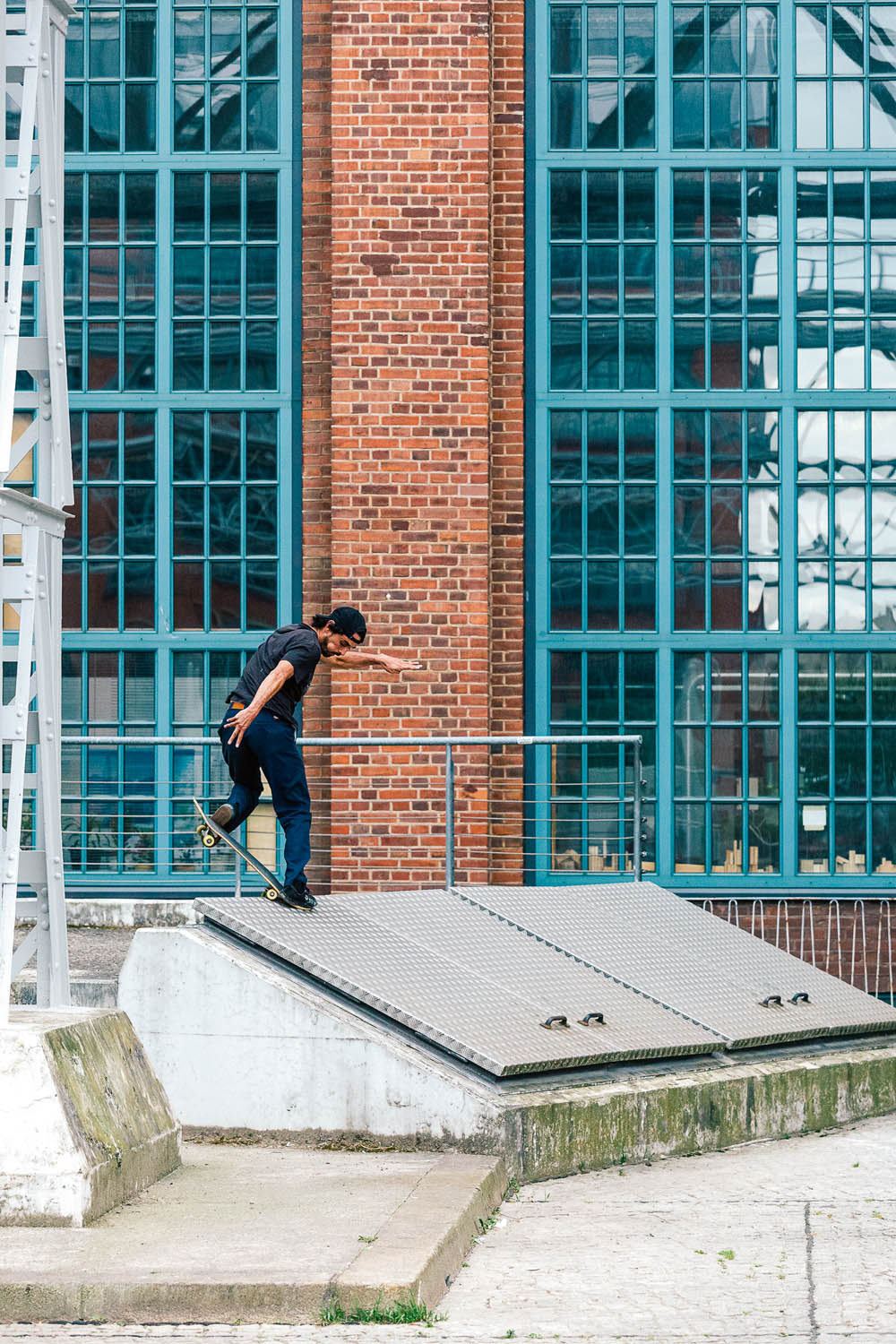 Hitchcock’s film Rear Window is actually a very blunt, sad interpretation of our lives – marriage and loneliness being the underlying themes – but it’s this voyeuristic aspect of the film that makes it so cosy and compelling. When I’m at work it can almost feel like walking through Hitchcock’s set – the stories from each apartment in the front, side and rear buildings get funnelled out into the yard in the form of echoes and sights (apparently curtains just aren’t a thing here) – the courtyard acts as an amplifier, metaphorically and literally, and it’s here that all these people’s lives and stories merge together. Having the opportunity to observe and walk among these stories is really quite a privilege and allows one to get to know the city in a very intimate way.

I think this, too, plays a huge role in making street skateboarding so addictive. Just like the delivery job, skateboarding also acts as a ticket in to these otherwise shut-off places. What’s so interesting is that it’s a completely unofficial and illegal ticket, which should make it void, but somehow just having the reason is enough. 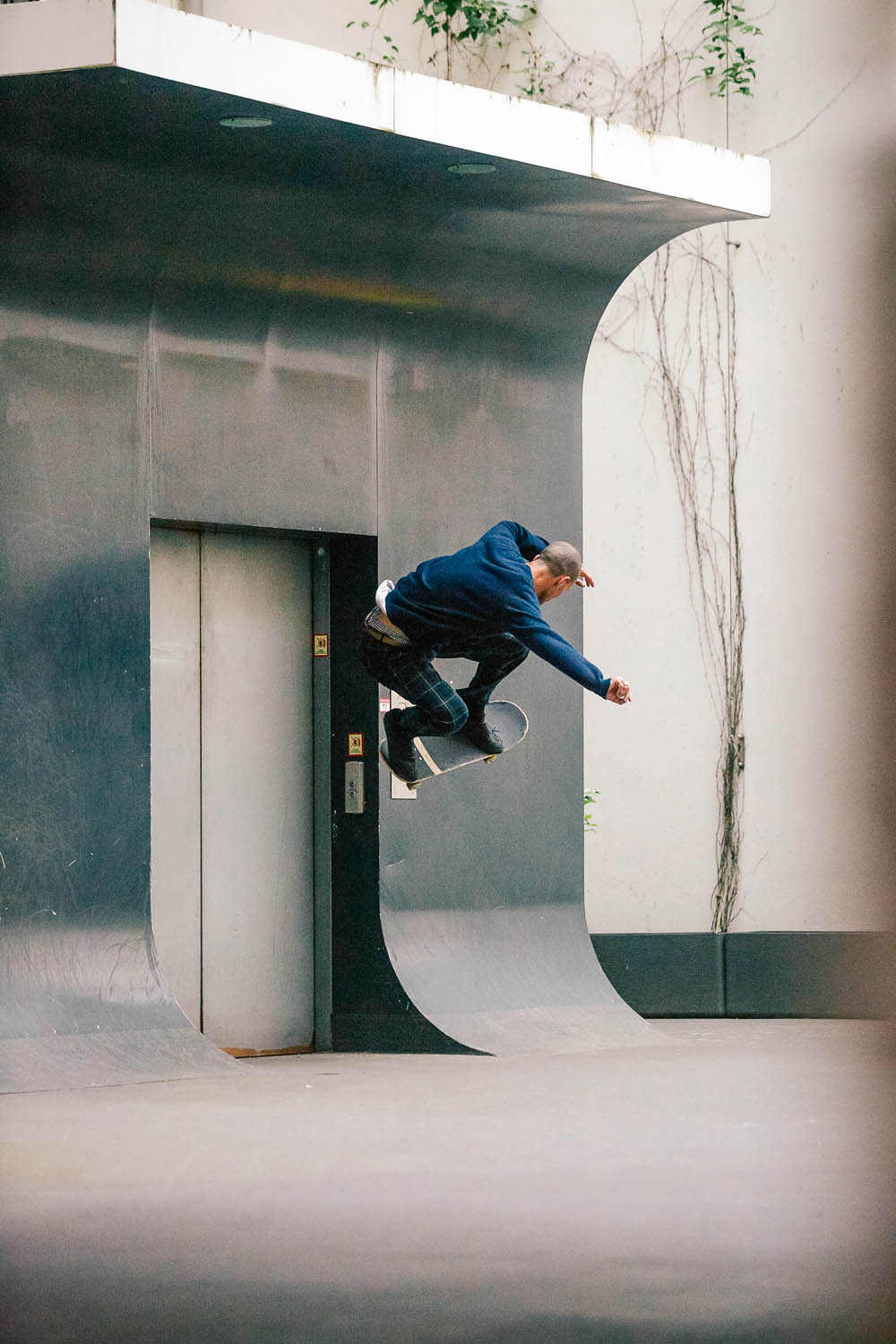 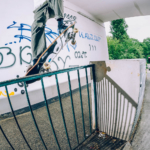 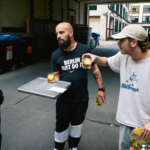 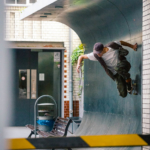 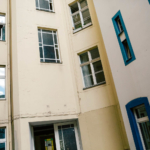