Tim Crawley made this poignant documentary about Ignacio Echeverría, the skateboarder who perished whilst bravely helping others in the London Bridge terror attacks of June 2017. Below is the little piece about Ignacio written by his good friend Juan ‘Jura’ Algora that we ran in our July/August 2017 issue (issue 13).

Ignacio Echeverría, or Abo, which all of his friends called him due to his lawyer skills, (abogado means lawyer in Spanish) was the nicest and most down to earth person I have ever met. He was the type of human that wouldn’t even kill an insect after being bit by it.

A local of Jardinillos, you could see him skating hard and having the best time at the plaza, where I had the pleasure of meeting him.
Despite being the oldest of the squad, he would enjoy every session more than anyone. He was a special person, a young kid but way older than all of us.

Abo would pick the homies up and drive them to the skateparks in the suburbs of Madrid. For me it was really sick because those were my beginnings and I felt like we were on skate missions. He would play Delinquent Habits and he never let us eat our snacks or pastries in his car.

Abo never followed any trend; he always did his thing. He was just a hard worker.
We all grew up a bit more and Jardinillos got knobbed. The scene there slowly disappeared and everyone took a different path. Some of the homies stopped skating just like in every plaza. Abo wasn’t one of them. After years studying hard he got a serious job in downtown Madrid. 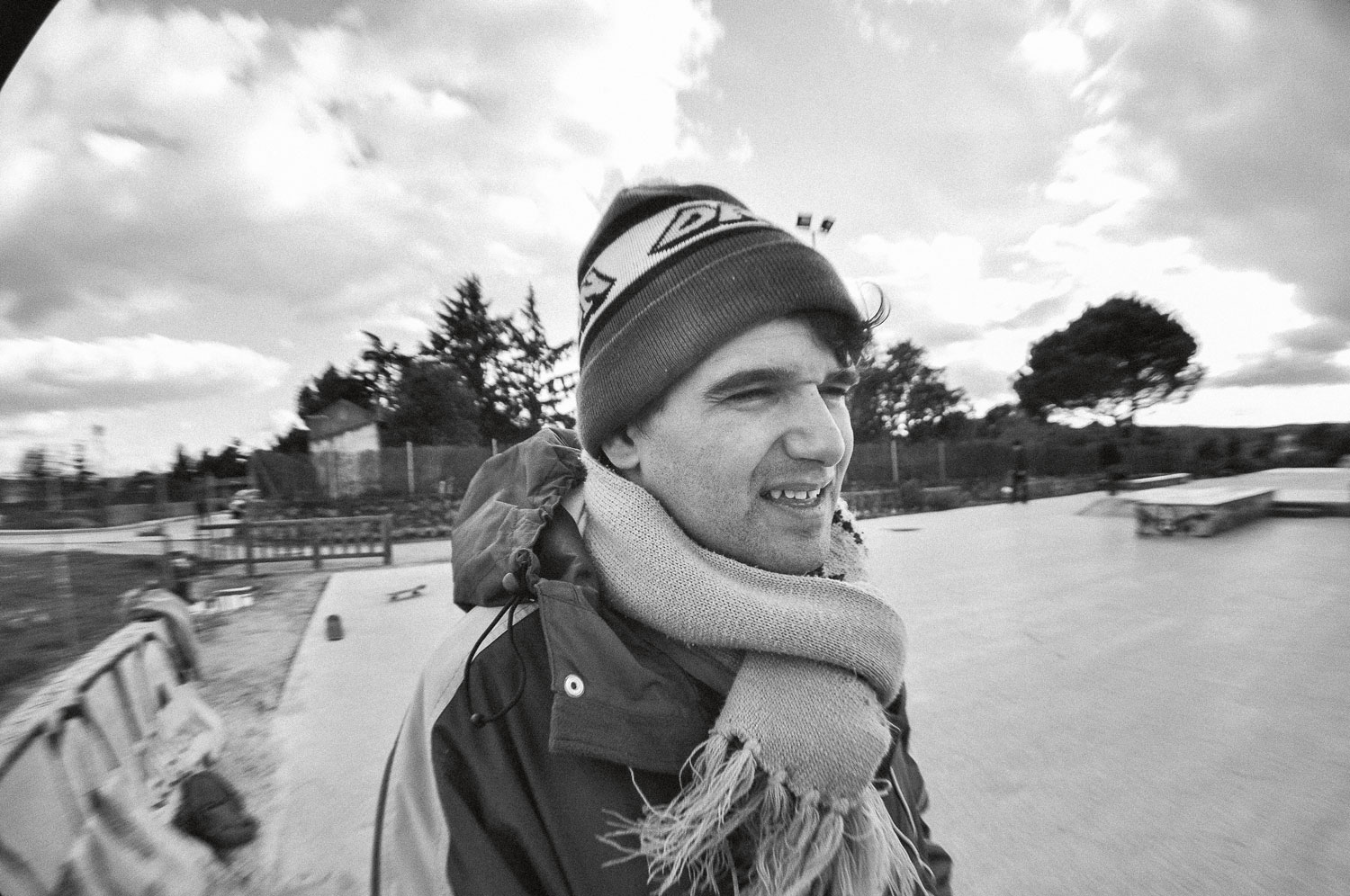 By that time I became a local of Plaza de Colon and I remember seeing him walking by, wearing a suit. ‘I’m on my lunch break, so I came to see people skating real quick before I get back to work.’

No matter how many years passed, he was still there, impossibles on lock and always happy to share a session with his friends.
He ended up moving to London a few years ago for work. I could still see him posting clips on social media. I could imagine him coming back from work, taking the suit off, putting on some comfortable clothes and going out to do what he loved the most.

Somebody recently asked if I was surprised that he got involved in defending that person on the bridge that day. So I told that person something that happened to him in a skatepark years ago: some bad ass kids were spitting at and harassing a young girl, Abo didn’t think twice and went to defend this girl. The next thing that happened was that two cars pulled up in the skatepark full of rats and Abo got jumped and sent to the hospital. That says a lot about him. A noble person who was making this world a better place. So I’m 100% sure that he would do it again and again.

Sometimes we don’t know how to react to an extreme situation, and I am sure that most of us would run away, but Ignacio didn’t. He jumped off his bike and used his board to help save a life.

He never pretended to be a hero; he was just doing the right thing. This tragedy is probably going to change the way people look at us (skateboarders), at least for a bit of time.

Thanks Ignacio, for all the years you spent with us, for being real, pure and brave.