Drive or Be Driven

Hi. I’ll be your writer for today… If you have conducted all the relevant safety checks, then please proceed in an orderly fashion, reading left to right, and stopping or pausing where indicated…

As far as driving a car goes, I was a late starter. I didn’t want to, no need, lucky enough to have a skateboard and a bike (in that order), and live in one of the busiest cities on Earth with excellent infrastructure. But, by the time I was 38, the pressure of having a business and a family soon caught up with me, and after a failed theory, and five failed practical tests, I passed with flying colours and kissed my driving examiner. That day I not only walked away with a driving licence, I also gained something very powerful, the licence to drive others. 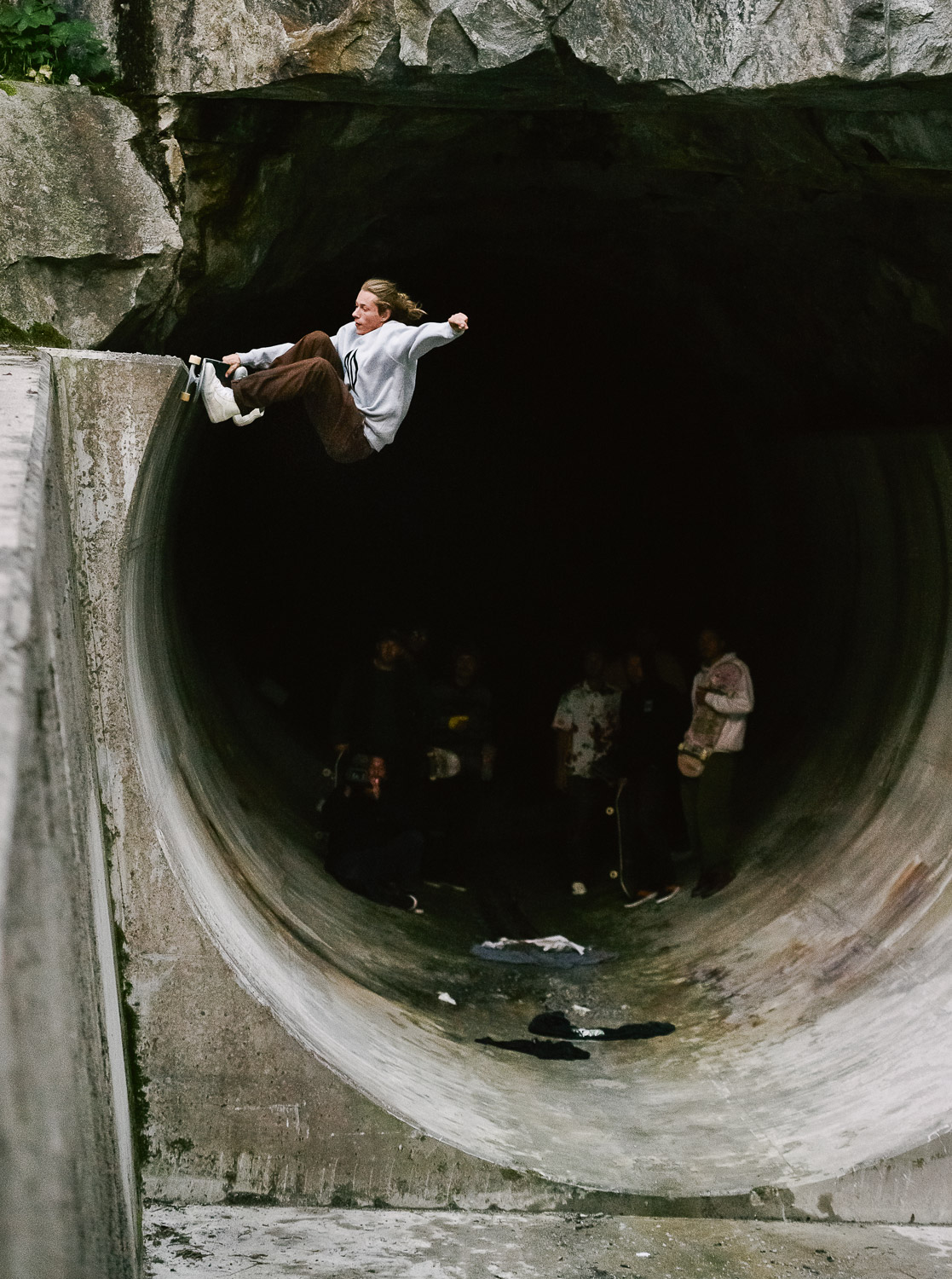 My instructor for the previous five tests had been an infuriating man called Cliff who had a catchphrase he loved to say at every available opportunity, ‘Come on Stuart, let’s keep London moving!’ Fucking ‘Stuart’? Fucking annoying! Cliff was an interesting bloke. He was in his 60s, and as far as I could work out from the near 18 months of lessons that I had with him, he and his wife had run a very successful lingerie company together for many years manufacturing in Greece, eventually selling it to a Chinese firm and making a fortune. Cliff had no reason to work. In his own words, he only did the job of a driving instructor to, and I quote: ‘keep my hand in’. Now in his best years, it was very clear that Cliff only really did this job because Cliff loved ‘To Drive’. Those dual controls, that route planning, and lesson scheduling, it all appealed to Cliff, because Cliff could be the boss, and for every lesson that I had, was in complete control of my destiny (my destiny usually being up the London North Circular and back). Cliff drove me fucking mental, but on the day I ‘won’ driving, Cliff passed me the baton, an invigoration into the seat of ‘Back Seat Driver’.

So what exactly is a backseat driver? ‘A passenger who gives unasked-for and usually unwanted advice to the driver of a vehicle (it doesn’t have to come from the back seat); by extension, anyone who interferes without having real responsibility or authority.’ 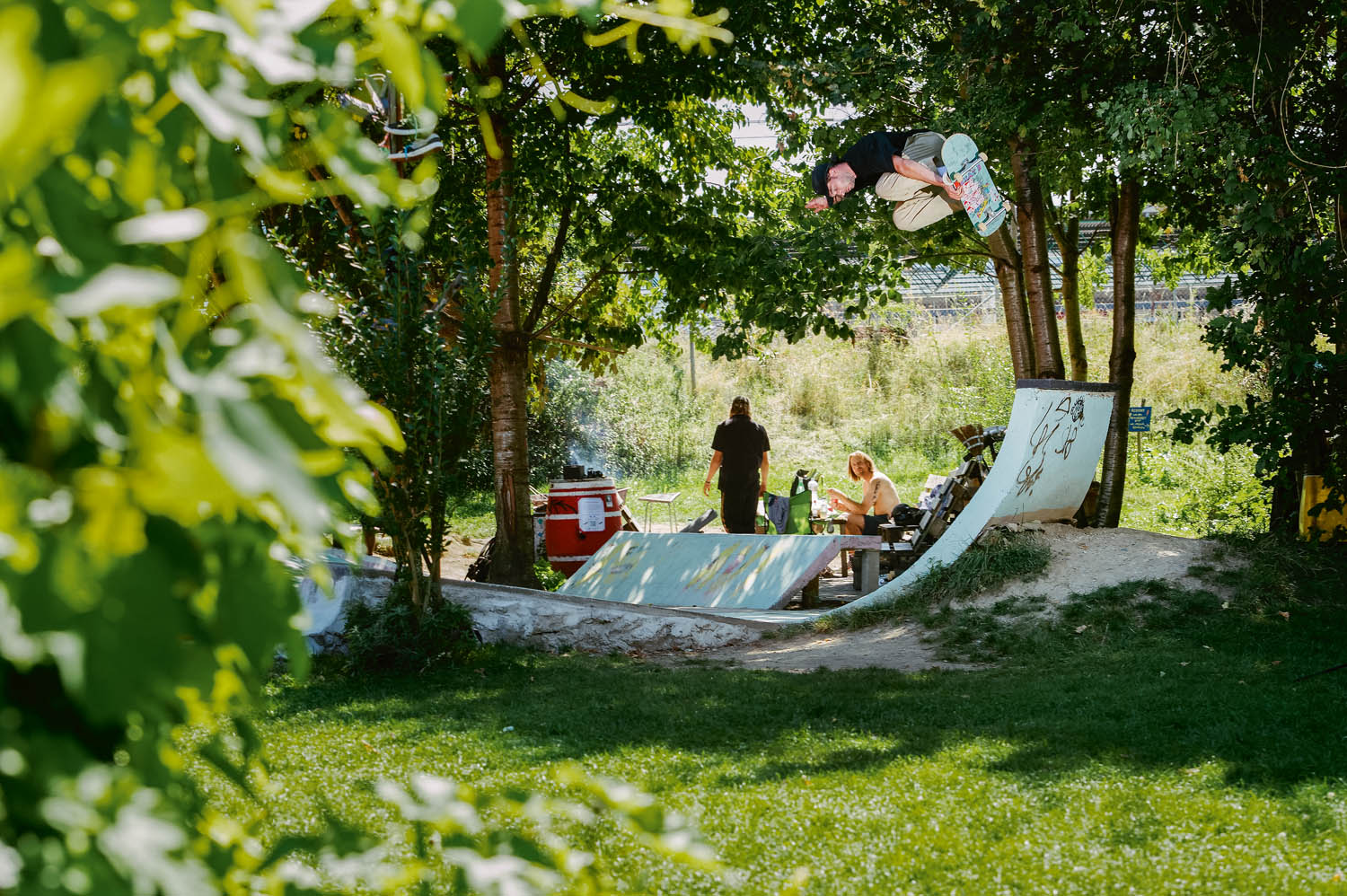 Now any fool can tell you that you don’t really learn to drive until you pass your test, and for me that was totally true, but, I took to the role of ‘back seat driving’ (BSD) instantly and, even if I do say so myself, brilliantly. It was only after two months of passing, DVLA approved photo-card nestled proudly in my wallet, that I BSD’d my wife so hard that, doing 80mph on the M4, she threatened to send us into the central reservation and kill us both if I didn’t SHUT THE FUCK UP! Ten minutes after this harrowing experience we were both sat in silence at the motorway services car park sipping tea and shaking. To this date the angriest I’ve ever seen her, and some of my finest work. Thank you Cliff, for seeing my potential.

Ok, you’re gonna want to make a left turn at the bottom of this page.

The name Driver actually comes from a well-to-do family originally from De Rivers in Normandy, and it is from this location that their surname ‘derives’. Because of its close ties with Britain, this popular French name became very common in England. Some say its origins are from the ancient word ‘driffan’ and later ‘drevere’ and is an occupational surname for a transport contractor, a driver of horse or oxen teams. 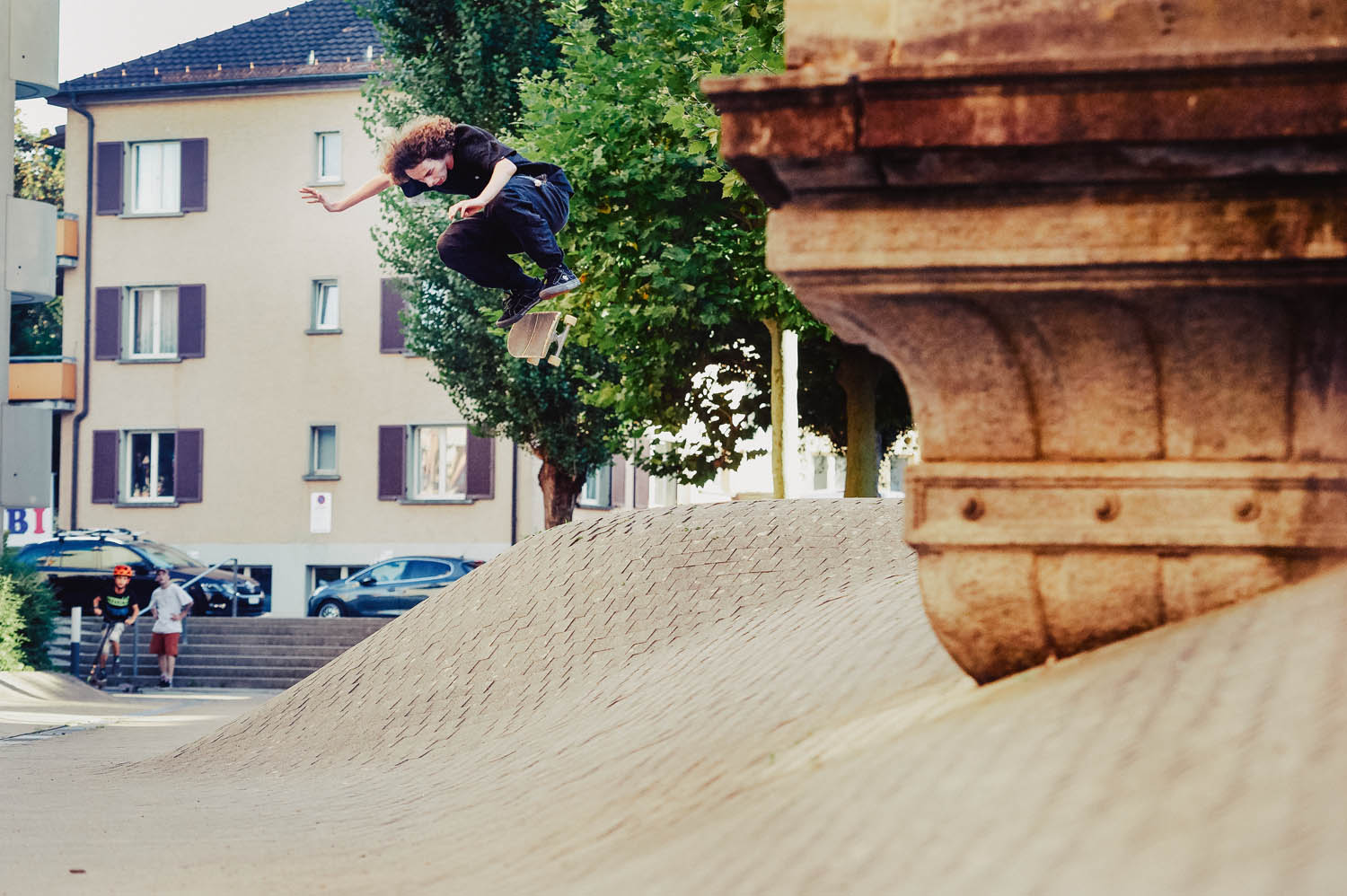 Where the hell am I going with this??? Well… if you’d just let me drive!

Last summer a small crew of us headed to Switzerland. From the get-go, bound for the Alps in Ewen’s Caravel, the driving began, and it came from all angles. First and foremost from Ewen (Bower) himself (who by-the-way is a very proficient driver), closely followed by Sox, imparting his wisdom on Ewen’s boarding of the Eurostar, to every time he was reversing, where upon Sox would jump out of the van and fluidly guide him into a space (even if there was nothing around him). Soon, everyone was driving everyone. We’d ‘drive’ people’s tricks, the spots we wanted to skate, the alcohol we’d have in the van, the food we were all gonna eat.  (The irony is, that the moment Sox was upfront in the Van, we ran a speed camera. Turns out Sox, can only drive from the back). The plan, was to meet our ‘Team Trouble’ motorcade in Zurich, and from there head to the mountains and explore. Speaking of explore, check this and tell me it doesn’t sound familiar… The French word ‘dérive’ means to ‘drift’ and was defined by artist Guy Debord as ‘a mode of experimental behaviour linked to the conditions of urban society….’. It is an unplanned journey through a landscape, usually urban, in which participants drop their everyday relations and ‘let themselves be drawn by the attractions of the terrain and the encounters they find there.’ 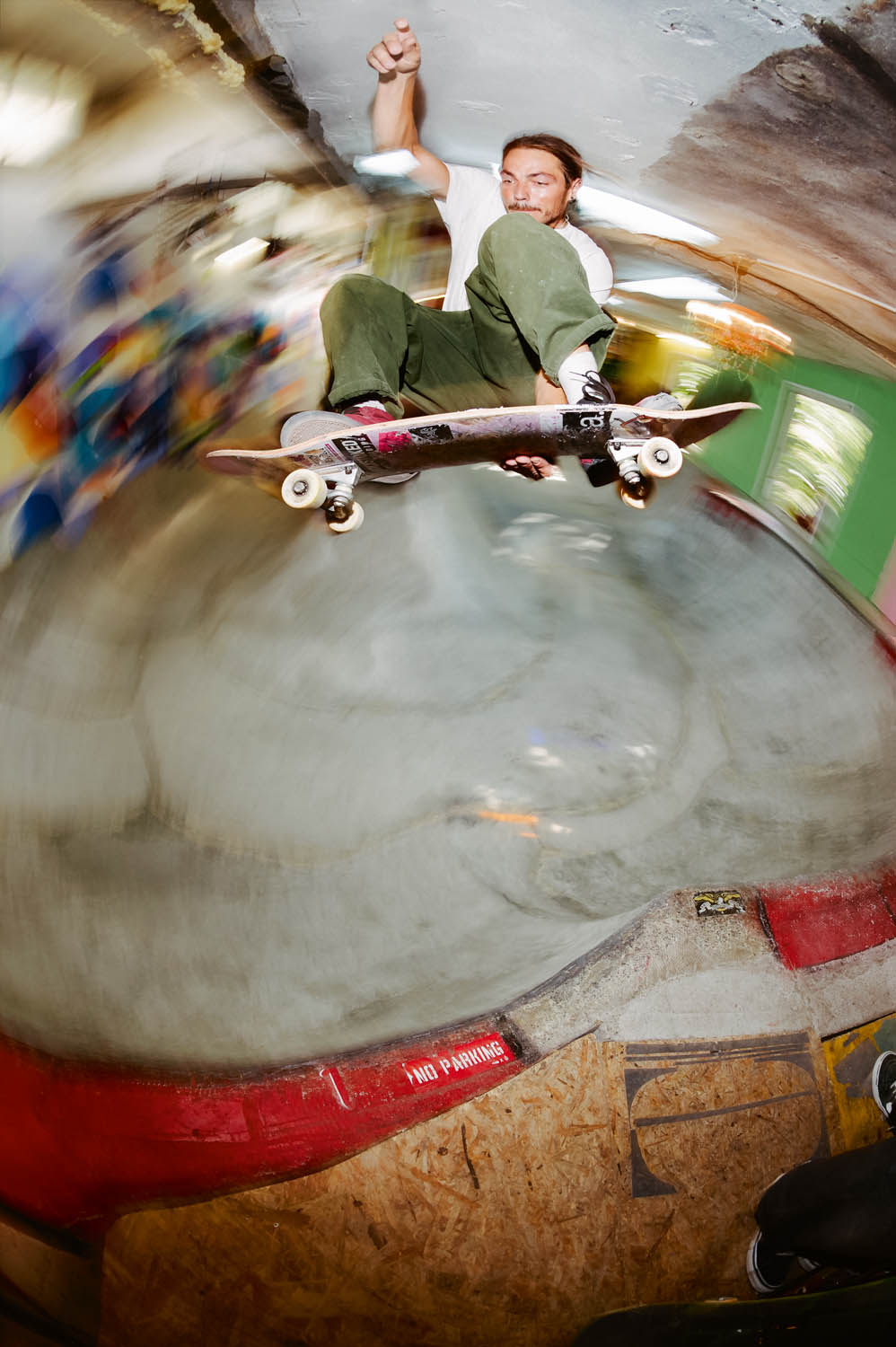 Derive… Der’ive….D’rive…DRIVE ON!… and drive on we did! Four vans, each full of people with ideas, each with knowledge, each with some serious personal drive.

When you first pick up a skateboard, it’s because you’re motivated. Be it because your mates skate, or just to escape reality, or your parents skate and you want some healthy bonding (shortcut to the swings). Even if you’re not 100% into it, you’ll happily get dragged along for a while. But, after the constant falling over, if the desire to stay upright is not the driving force to continue, you’ll soon give up. It’s these attempts and desires to avoid failure, that drives the pursuit of success. You need THAT drive, and no amount of bullying, or promises of apre-skate hot chocolate will sweeten the deal. That drive is personal, a drive from within, a solo, head facing forward, streetlights zooming past, techno blaring, foot to the floor kind of a drive. Once you possess this drive, you’ll find it’s infectious. Countless ‘Business Gurus’ will tell you that it’s your personal drive that turns ideas into action and action into results. It also sets the tone for what you are seeking from others in an organisation. The premise being, that if you are enthusiastic about your work, you will probably generate a similar level of enthusiasm among your team members. 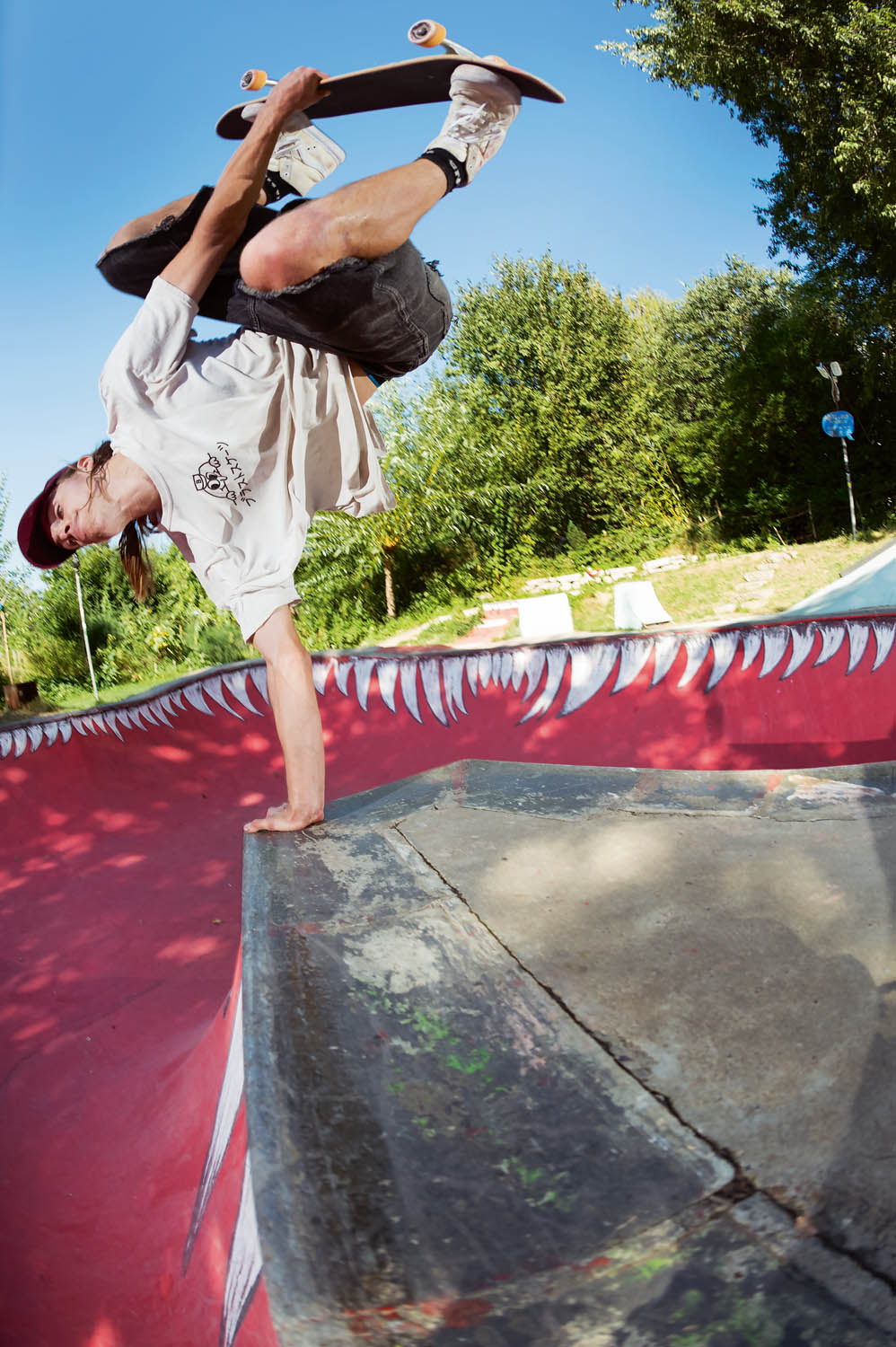 We’ll soon be approaching the end of the words on this page, and you’ll want to turn over. You’ll see when you run out of words. Uhuh, that’s right, yep… GO! GO! GO!

This self-motivation is, in its simplest form, the force that drives you to success, and it can drive others, even in the face of setbacks, to take up opportunities, and to show commitment to what they want to achieve. It’s this that gives you the right to BSD! Because you can see the potential in your friends… You want to see them succeed. You know this is true when it’s you sat on the bench screaming at your mate, who’s already covered in blood and dirt, ‘COME ON! THREE MORE TRIES!’

Sometimes you can see that someone knows where they’re going, but you know they need a helping hand, a little pat on the bum, or even an outright order. It’s not like you’re saying, ‘I could do it better’, more like, ‘If I could do it, I’d fucking go for it like this!’ 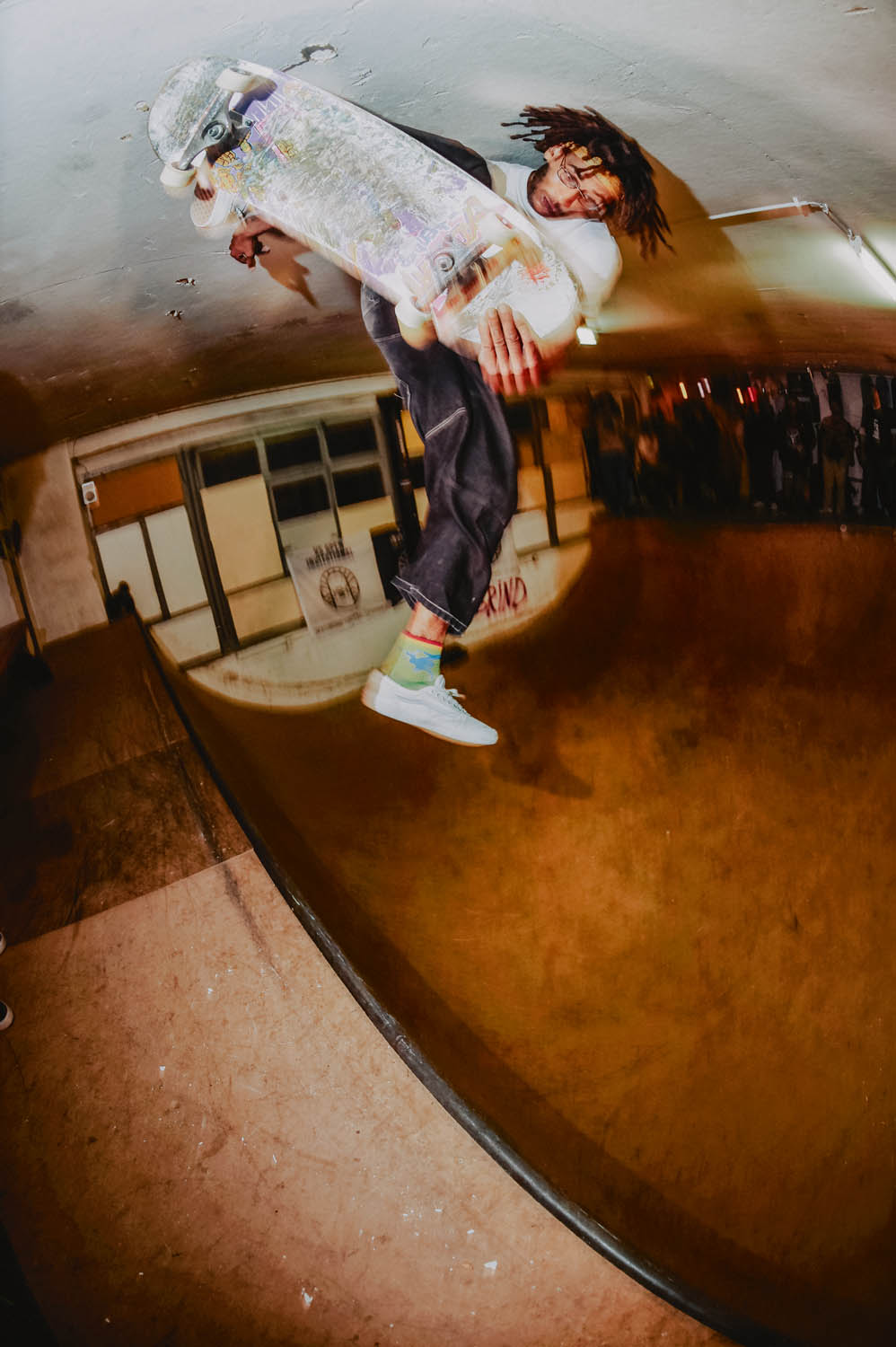 Drive or be Driven!

There were plenty of moments like this on this trip. A 40-strong crew headed down the mountainside towards a mythical fullpipe. All of us boards in hand, the majority of us knowing we weren’t going to set foot on them, but all of us hungry to get behind those that were. Only a handful were responsible for the tricks that went down that day, but not solely. There wasn’t a person there that didn’t believe in those that were trying, and I like to think that it took the collective drive of all 40 of us that made it such a successful mission.

If there were any doubt in the minds of anyone skating, then those doubts would have been quickly quashed by the hive mind of our positive thinking crew, all of us at the wheel… ‘I believe in me, therefore, I believe in you…’

In this spirit quest for skateboarding, photos and film, it was the ones drying concrete, paling water, building dams and diverting streams that helped get the job done. It happened like this constantly, often seconds before the cops showed up or the dark set in. This sort of driving pushes and motivates. 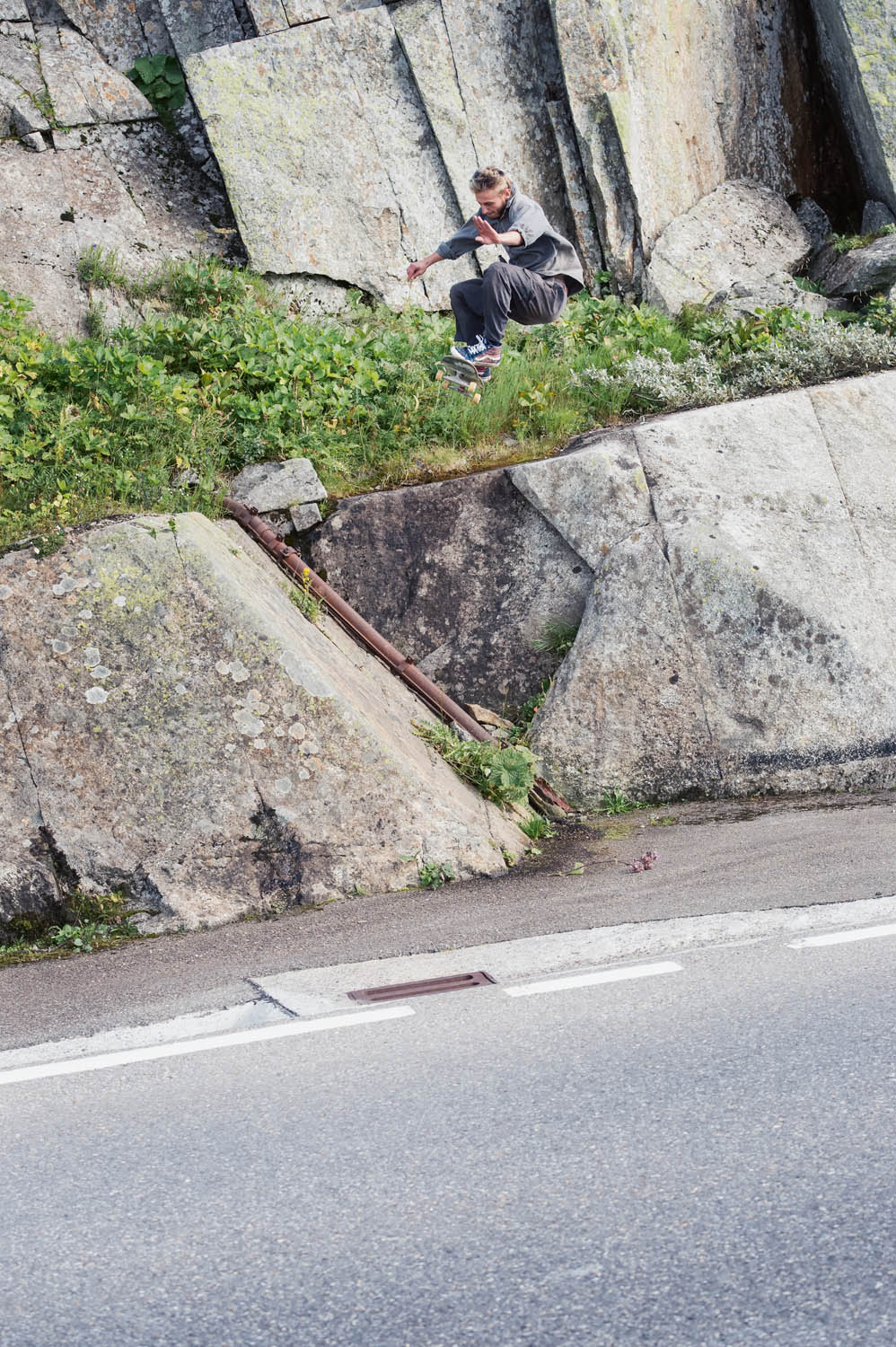 If lockdown has shown me one thing, it’s that I have very little drive when skating by myself. I miss being pushed, being heckled, being beaten at S.K.A.T.E…. I miss being driven. It makes me realise how lucky we were to find a moment in time, during the whole 2020 madness, where we could skip borders and join our Euro brothers and sisters, and just go for a drive.
So, let’s hear it for the drivers! And let’s hear it for back seat drivers!

Thank you for reading. Please carry on and turn the page at the next available opportunity. Or maybe you’d prefer to stop and have a tea? Excellent, allow me to drive that for you… You’ll have milk, no sugar. 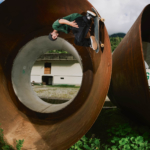 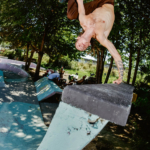 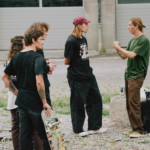