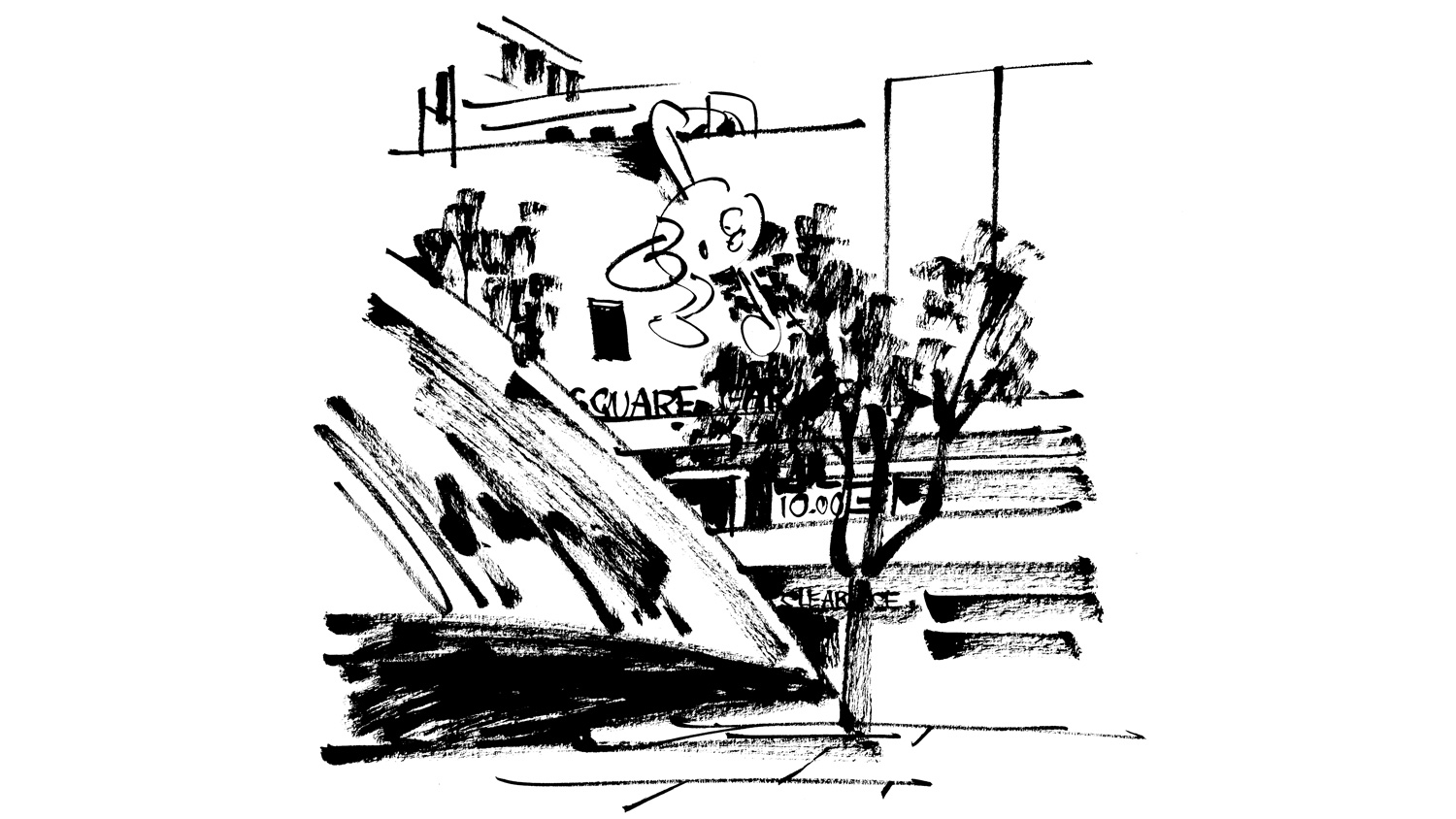 It’s when I glance up from my shoes and see my fellow morning train commuter across from me, staring, that I realise they are looking at my hat, confused.

HUF WORLDWIDE it reads in The New Yorker’s classic Irvin typeface. Same structure, format, like an above the neck cease and desist order glaring back, daring anyone to recognise the joke, the wink a skater with a brand and customer base can subtly create. That is the mischief of being a skateboarder, particularly a thirty-something skateboarder, without board in hand, just a backpack with the corporate patches torn off. One of many contractors in San Francisco riding BART with the primarily Montgomery Street bound and well-suited financial district bunch, aka the The New Yorker’s west coast subscriber base.
They don’t know that the remixed logo represents the nickname and global reach of a kid born and bred in Manhattan before redefining San Francisco’s streets. This type of West Coast pilgrimage reflects a relationship more intertwined with hills, urethane, and overcoming still-born skate spots than any West Coast day trader’s early rise could connect with the Wall Street ring of the Dow Jones. And as we mourn the loss of Keith Hufnagel – the father, husband, professional skateboarder, brand founder and incubator, mentor, streetwear icon and more – we also recognise his trademark nickname started in the streets with his Dirtbag Crew.

That mint green soft corduroy cap gave me some odd belief in my thirty-something-year-old self to still be a skater and continue to pursue a book about my relationship with California. I wore that hat on the mornings I went to the city early enough to be a café’s first customer and put it on again after work amidst the neon glow of a bar’s pinball machines. The hat reflected that intersection of stubbornly trying a trick and the desire to have your writing read by anyone, let alone the goddamn New Yorker. My fellow train riders don’t know the height of my fledgling heelflips, the state of my latest essay draft nor my burgeoning ability to slappy grind curbs – they just know me, and this hat, are fucking with them. Wardrobing this situational irony to the meter of the morning train generates that smirk, that informed gotcha, made-you-look moment that warms my pride of sticking with two seemingly career cul-de-sacs of culture – skateboarding and writing – that simultaneously changed my life as a teenager.

HUF’s flagship store in San Francisco opened a few years after I moved to Berkeley for college. I would occasionally skate around campus but the local Bay Area performing arts scene and its UC Berkeley crossovers, mixed with moving into the co-op housing system and commune scene became the overlapping Venn diagrams of my undergraduate existence. Still, HUF’s store was somewhere me and my non-skater co-op housemate could do something sneakerhead and skate related, together. He hosted a late-night radio show on Cal’s KALX, we went to shows, and this was our collective segue into streetwear culture. HUF’s Sutter Street store was probably the only place you could get the latest Dunk release and pro skateboarder Brad Staba’s ‘Don’t Trip’ zine, featuring a dead cat on the front cover and a man blacked out, faced down on an inclined San Francisco sidewalk for the back cover. 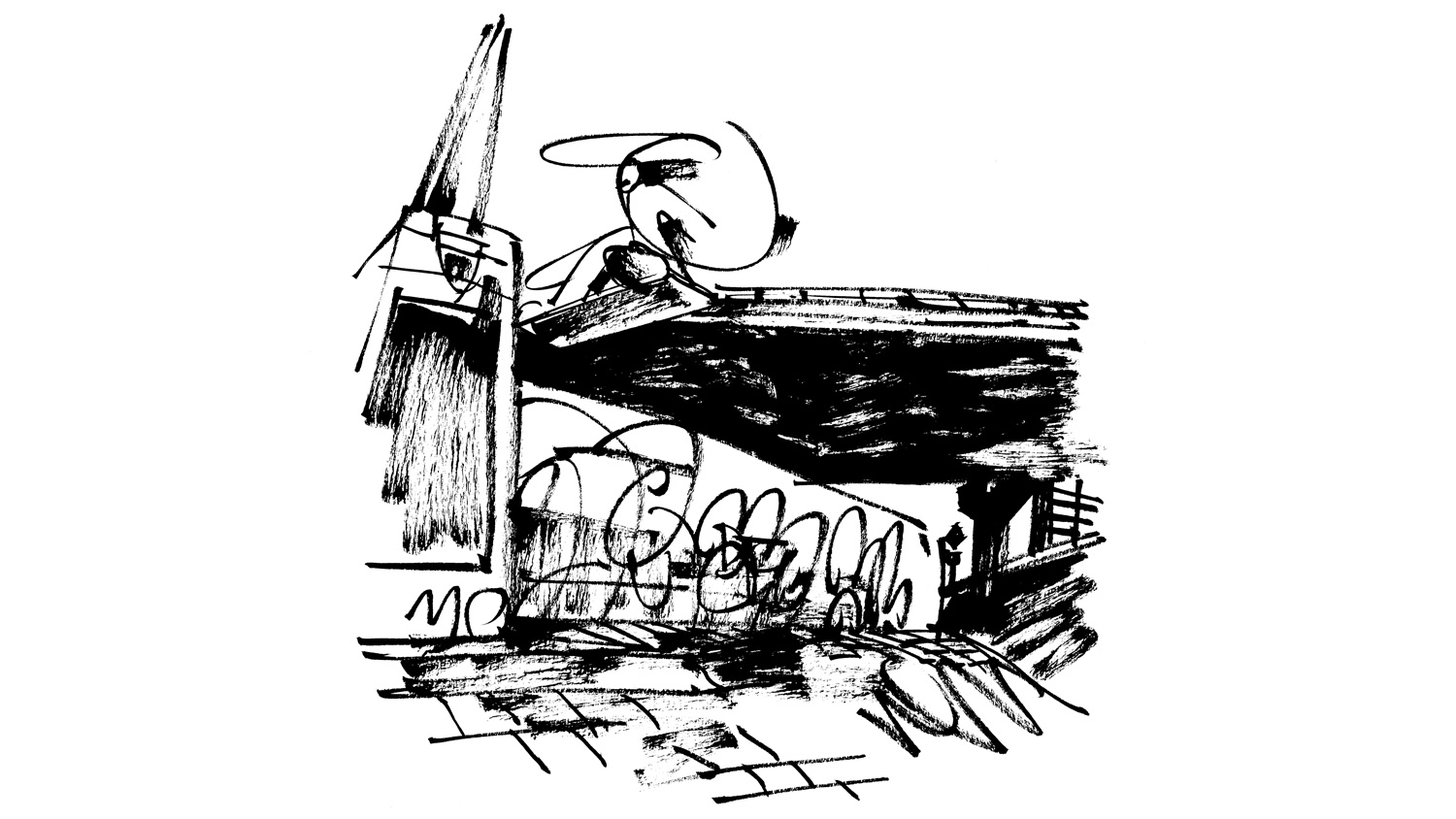 As recessions hit and stores closed, HUF the brand rebounded through a skate and footwear team, their edits introducing me to local favourites Thee Oh Sees through their New York road trip edit and making me recently buy one of my first branded ‘baggy’ pairs of pants in years. Over the years of rocking various pocket tees and summer shorts, the brand was this odd, subtle representation of the fact that, indeed, I am a skater and yes, I am aware of the types of contemporary culture that frequently exploits and commodifies trends derived from skate cultures – and know this brand isn’t one of them. And though HUF could be found in higher-end boutiques, there was (and is) a brand accessibility that allowed desk-ridden folks like myself to find their place. It’s not surprising that Tony Hawk’s praise for Huf as a businessman demonstrates how Huf – the man and the brand – will always be a barometer against which skaters of any age could judge themselves and their decisions, from the power of their ollie to the ridiculousness of their attire.

Keith Hufnagel’s loss is enormous for skateboarders of all ages but for those my age, I feel like we saw Huf as one of the few skaters who not only ‘made it’ but did so in one of the few adult ways that’s rooted to its ‘90s core. The HUF brand’s mission statement is seemingly taking risks and encouraging others to do the same, without any self-designed idolatry beyond a reluctantly self-branded brand. He is not Sean Combs dancing in the background of your latest street edit, nor is he the dial-it-in pro milking sponsors for all their temporal worth. He’s the guy asking you to do a logo for him and, in a few years, helping you start your first brand. He’s the ‘honest employer’ creating a platform to make Dylan Rieder’s ‘fancy shoe’ pro model with an accompanying avant-garde ad campaign a reality. He is the brand owner using legal means to win the rights to use his best friend’s image for charitable purposes.

Wearing HUF while getting older and still skating is that tangible relationship manifest between the memories of our youthful, skate-till-we-drop selves and this beautiful curse of growing up and seeing the world forever differently as a skateboarder. Be it the kook-prone dynamics of a meeting room, or the bump-to-bar behind our office building, donning that hat before and after I clocked in was an anchor grounding me not against a day job, but the fear of not pursuing the dreams and goals that any labour should underwrite. 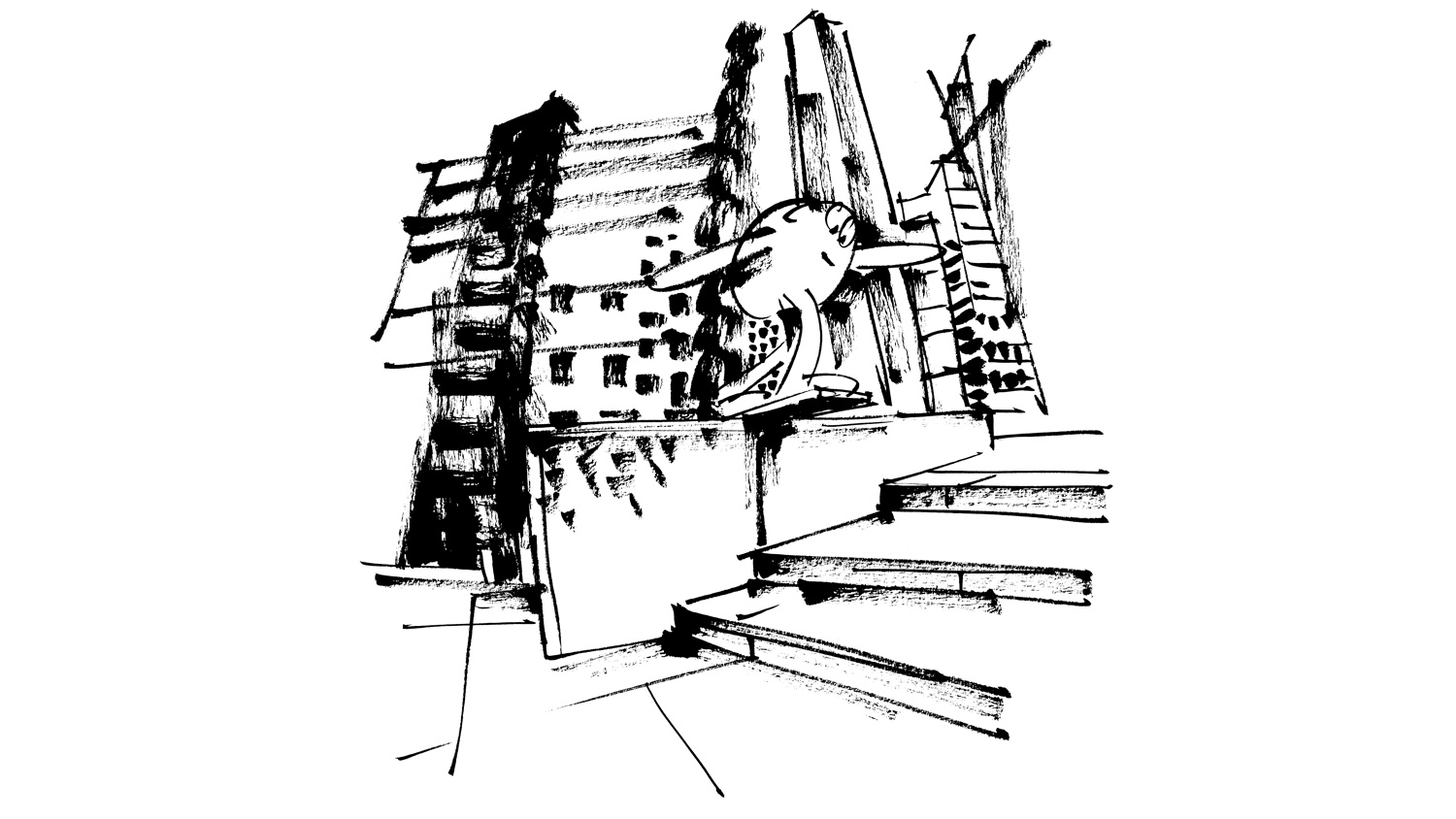 I still have the green HUF store bag: a short small bag with Benny Gold’s etch-a-sketch skyline logo wrapping around its base with a white tied-string handle above. The bag and its contents survived three studio apartments before finding its way to the apartment my wife and I call home. It rests in its own corner of this small office space we share and contains some of my most personal, creative belongings as a sort of brightly marked object I’d knowingly grab in case of emergency. It holds the handwritten journals that would become my first play and a receipt for the accompanying small art grant that created a security deposit that also moved with each apartment. An award so dated it no longer exists. Next to my journal are my father’s own from his time at the University of Wisconsin for grad school. He moved to the Midwest after growing up between Santurce, Puerto Rico and the East Harlem he called home in the fifties and sixties before Huf’s best friend Keenan Milton would do the same in the eighties and nineties. I wrote my play in the same journals as my Pops after he found and gave me some blank extras previously destined for the trash. Their cool threaded covers that read RECORD across the legal-sized crimson spine beautifully clash against the bag’s gecko green exterior.

How small a gesture to keep a bag from a now historically noteworthy store. As small a gesture as rocking a hat or just showing up to a new, upstart shop to begin with. It’s the collection of these mementos and experiences that allows skateboarders to justify a seemingly innate maximalism when it comes to hoarding, remembering, and cerebrally archiving so many aspects of our culture. Useless wooden knowledge indeed that, in a sense, could lead to nobody building another skate hall of fame or new Smithsonian-ish museum for skateboarding, when each skater themselves is its own archive, their own museum to the skating that means something to them.

Like you I look at photos on my phone from the before times pre-pandemic and see HUF’s clothes reappear in different photos over the years. In the wake of his passing I stare at the bag and the personal contents its held for years now and feel his loss, the on-going end of his era of San Francisco – the Brown Marble benches spot, Bay Blocks, and the Market Street marble slabs that dappled downtown’s red-brick streets – and feel too that odd, global connection skateboarding can generate.
I think about the times I’ve been told, ‘That’s not a New Yorker hat’ or asked ‘Where’d you get that hat?’ and how I’ve responded to either the same – ‘It’s Huf; a skater from New York.’ 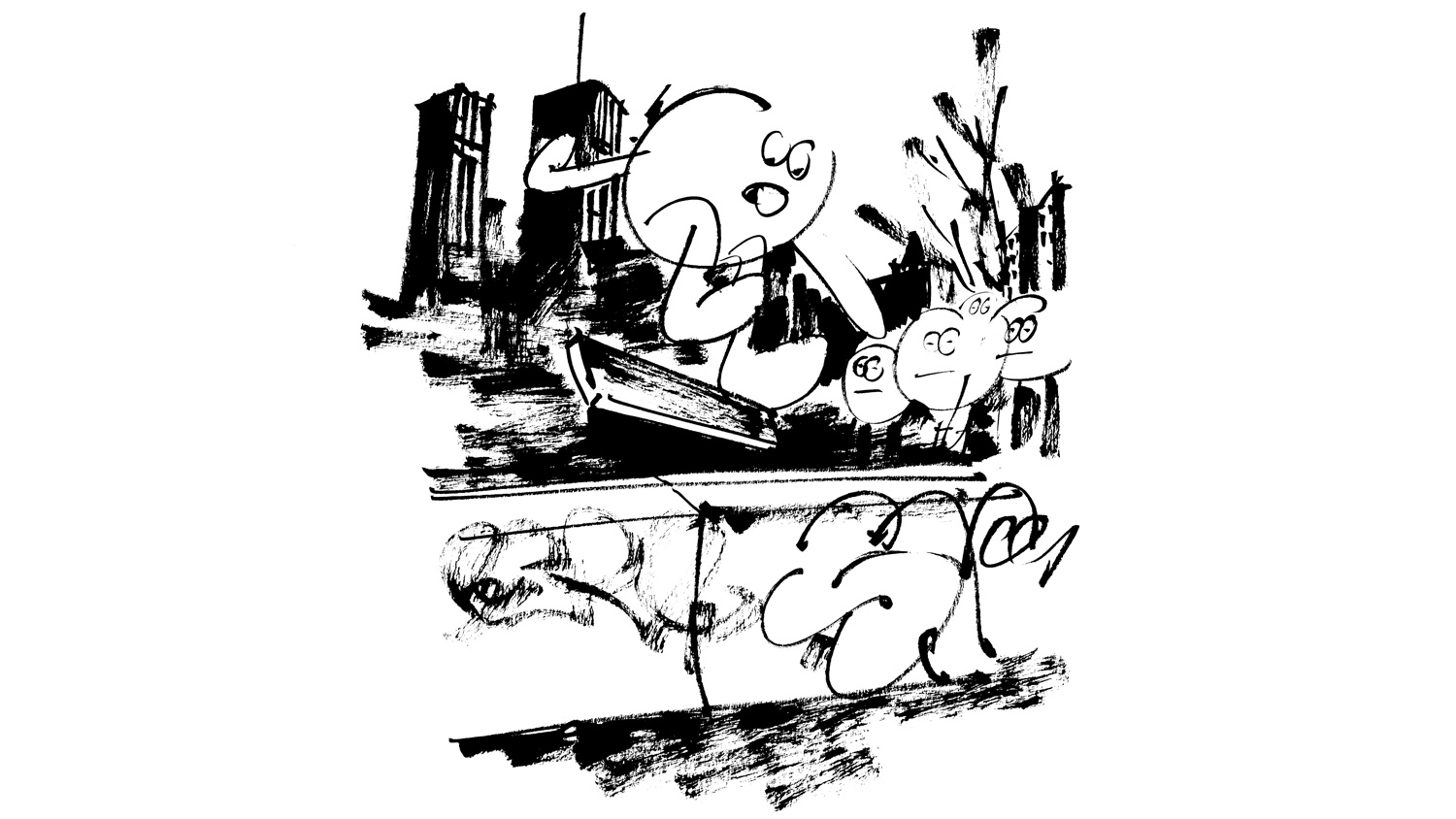