The Gates of the Underworld 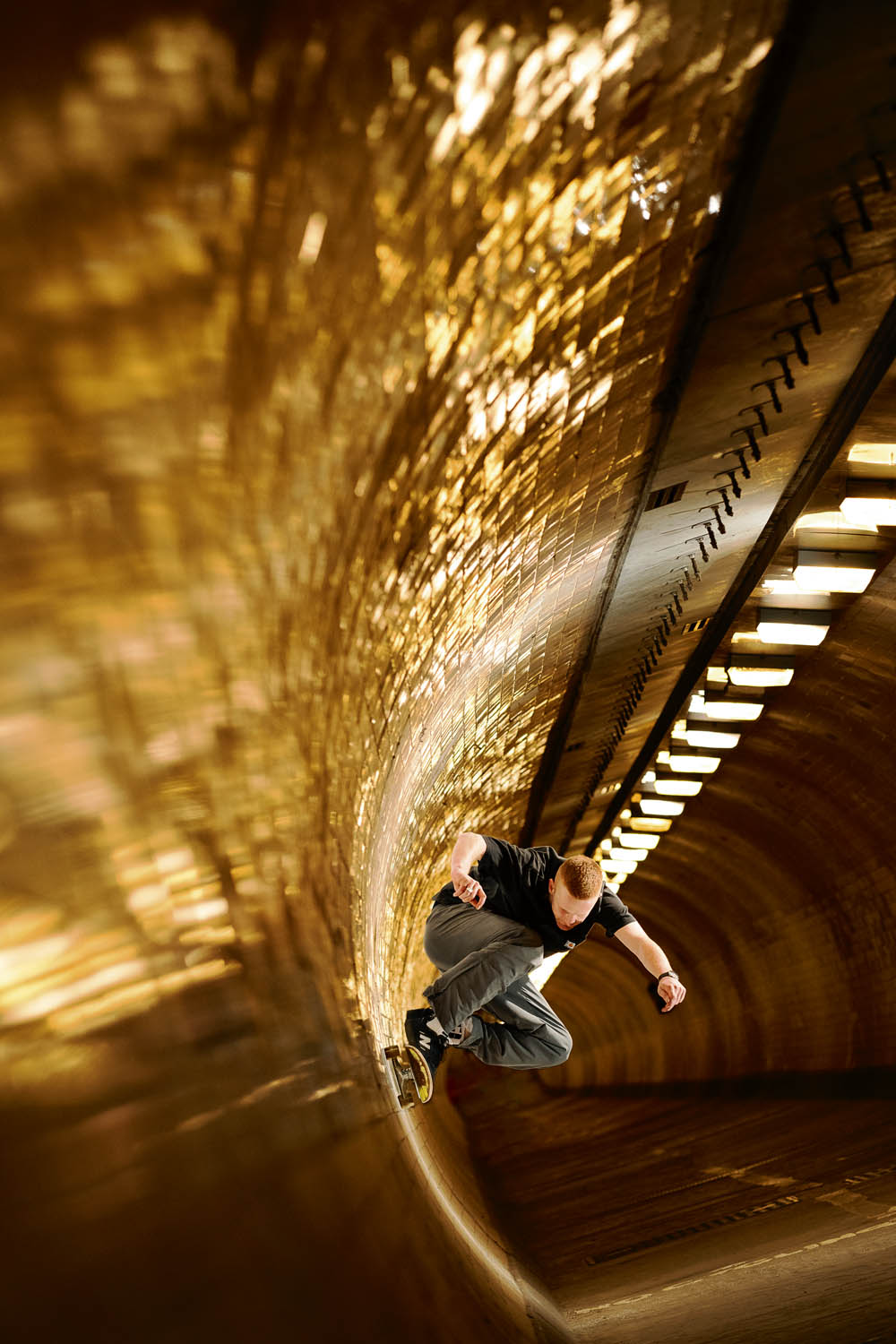 The Gates of the Underworld

The skateboarder carves out a set of tasks so futile and painful they can only be thought of as punishment. They willingly suspend themselves in an eternal, impossible lesson with no teacher or exam, but a psychotically severe marking scheme that cannot be challenged.

The perilous journey begins with a decade or so of progress, a pleasant time of optimistic intention and growing confidence. But beware this is no more than a long season of unusually fair weather. A deceitful honeymoon in which tomorrow offers promise it will never deliver. Like a war you thought would end with you on the winning side. But no.

Accomplishments during this deceptive period are many but fleeting, and rarely enough. The knowledge of what can be done instead, or what can be achieved next time, or improved upon, or slid longer, or ollied higher, slowly infects the psyche until a distorted dissatisfaction takes hold. The rate of improvement eases off imperceptibly, and previously automatic skill hangs in the balance. Suddenly things are no longer automatic. Fear is unwillingly nurtured from laughable irrelevance to terrifying shadow. The peak is marred by this growing poison, mistakes creep in. What was easy yesterday will be difficult tomorrow. The light at the end of the tunnel turns dark, replaced by the gated entrance to the underworld.

The underworld is death. An eternal and – for most – an unpleasant after-life. Hades’ unseen realm of apocalyptic horror is the last place you want to be and for mortals it is completely unavoidable.

The King of Corinth was a famed trickster, a wily rogue with selfish intentions. His refusal to conform and willingness to transgress canons of normality strike a chord with many, his murderous urges less so. A known irritant to the gods due to his grotesque familial behaviour and betrayal of Zeus’ secrets, Sisyphus’ first encounter with death, or Thanatos, was already an overdue comeuppance.

Yet Sisyphus the mortal defeats Thanatos the god by harnessing his arrogance. He tricks Thanatos into demonstrating the inescapable shackles intended for Sisyphus upon himself, thus trapping his nemesis for days and inadvertently preventing other mortals from dying during this period.

Akin to locking a security guard in his sentry box and having free reign of the spot for a week.

The Olympian gods were not happy that a mere mortal had cheated death, and after rescuing Thanatos from his own shackles they sent him back to complete his mission. This time Sisyphus was better prepared, and after concocting a ruse with his wife to disrespect his body after death – in so doing to disrespect the gods – he willingly accompanied Thanatos into the underworld.

During his descent, Sisyphus plots a meeting with Persephone. A key figure in the mythological interaction between the earth, the sky and the underworld, Persephone rules this domain of death alongside Hades. We have Persephone to thank for Autumn and Winter. Her initial abduction by Hades so depressed her mother Demeter, Goddess of the Harvest, that nothing would grow on earth until her daughter was found safe. After a controversial and disputed agreement, Persephone spends the warmer half of her eternal years on earth, and the other half below the surface.
Her annual, inescapable retreat to the underworld marks a seasonal pilgrimage we all face. To seek shelter, to adapt to an unwanted environment in order to meet our needs. To take root. To find a dry spot in a filthy car park we’d desperately avoid from May to September.

Sisyphus convinces Persephone to let him return to the mortal realm of the living by demonstrating the damage to his body – and perceived disrespect of the gods – as a way to supposedly punish his wife for this invented insult.

While this was simply a ruse to escape the underworld, because it involved a contract with a god, it was far more successful than his devious shackling of Thanatos. As a result Sisyphus was allowed to return, and lived in peace on earth for decades more. He continued to prosper – against the wishes of the gods – until his wife died, and the binding contract with Persephone that allowed him to remain free was finally broken.

The mortal reluctantly prepares to face death for a third time. Sisyphus has no escape plan now; he knows his time is up. But Zeus, king of all the gods, oh he has a plan alright. He has been waiting years for this.

Deep in the underworld for the final time, Zeus presents Sisyphus with a challenge. If the mortal can roll a huge boulder to the top of an enormous slope, he will be freed, and made immortal. But if he fails, he is destined to try forever to achieve this task. Forever, no escape. No other existence is possible until the boulder is at the top. Sisyphus, a strong king who cheated death twice, is not one to reject such a simple challenge, and willingly accepts.

We know the rest. It is an impossible task. The boulder becomes too heavy, the slope becomes too steep, Sisyphus too weak, however many times he tries – for all of eternity – it cannot be done.

The skateboarder is familiar with Sisyphean tasks. It takes forever to land some things, and others will never be possible however hard we try, however repeatedly we attempt. Other aspects seem familiar to skateboarders too. Sisyphus tricks a guard (Thanatos) and destroys his body in his quest to avoid death. He repeatedly crosses the irreversible threshold of the underworld and somehow comes back alive.

His final punishment is one we have all chosen. French philosopher and novelist Albert Camus was captivated by this absurd contradiction. Between the existential void of meaninglessness, and the promise of transcendence.

‘The struggle itself towards the heights is enough to fill a man’s heart.’ – Albert Camus, The Myth of Sisyphus

Long may we embrace this struggle, best played out at the gates of the underworld.

It’s our only hope to cheat death. 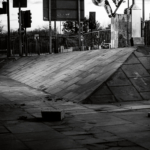 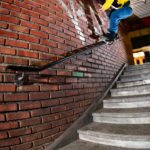 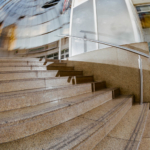 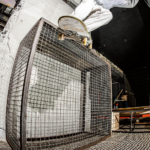