Surprise surprise skateboarding is exactly that, it always has been. All we’ve seen here with the Olympics is what it looks like when it’s been almost completely stripped of all the other components that make it more than a sport. Everyone is skating the same park that looks like it’s on the moon (as opposed choosing what part of a city they think would be fun/interesting to reappropriate), the way it’s captured couldn’t be more removed from what we’re used to seeing from our beloved filmers and photographers in skateboard media, and there certainly won’t be any discussions in the pub about what kind of trou someone’s wearing or what song they chose to skate to. It’s ‘just tricks’. But to be honest that’s fine… I don’t think anyone was expecting this to be the same experience as watching a Tom Knox part. Plus the overall goal here is obviously completely different, and we do firmly believe that the democratisation of skateboarding is inherently a good thing. If skateboarding brought you as much joy as it’s brought us, it would be pretty fucking selfish not to want other people to get into it and experience that…

But also lol what an absolute shit show:

We mentioned the way skateboarding was captured above (which as a magazine is obviously going to mean a lot to us) so maybe let’s start with that. When you leave the job to people that have nothing to do with our culture the result is generally likely to look like this (although at least in that one you can kind of see the obstacle): 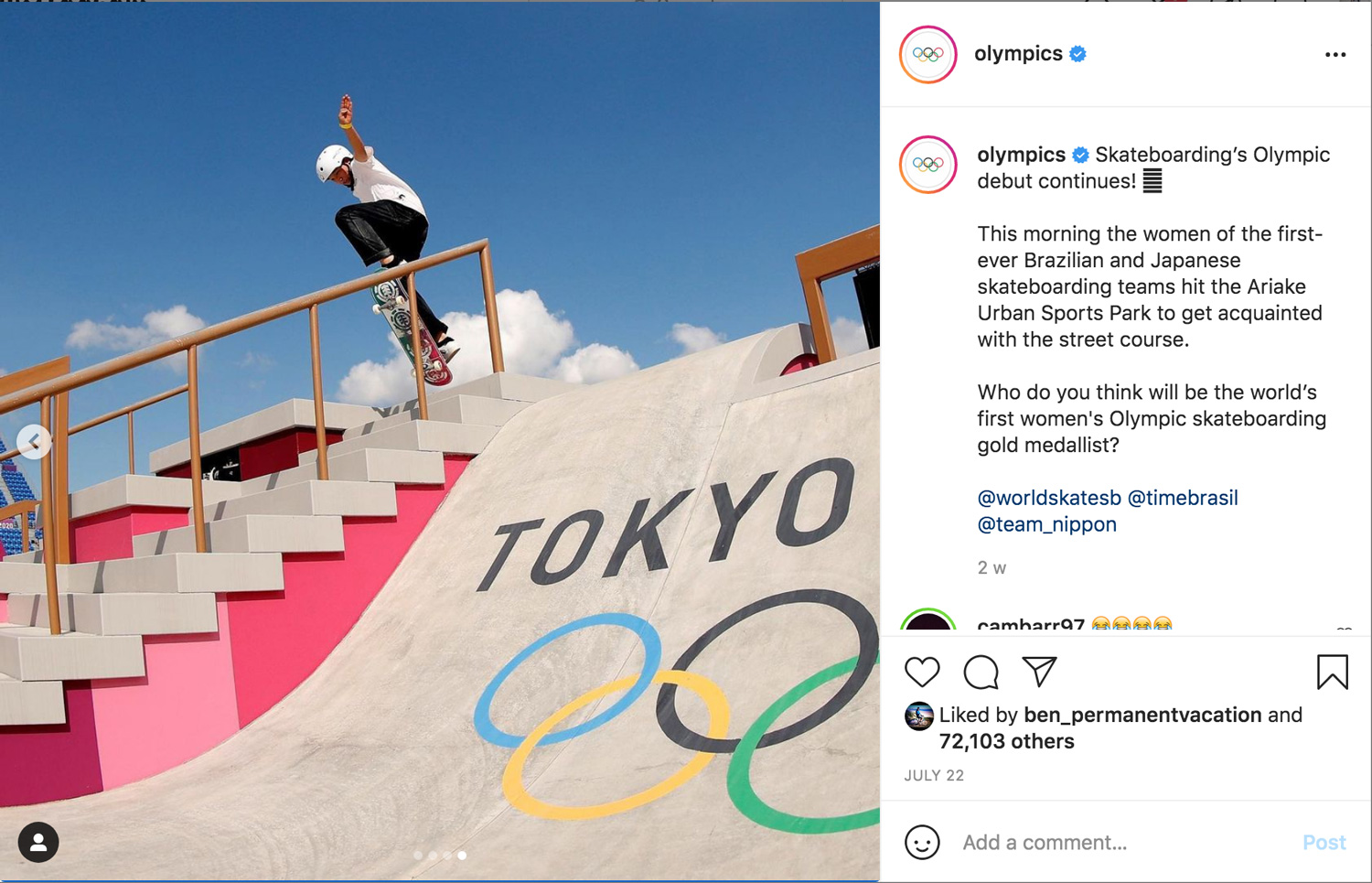 All the commentary stuff was also pretty jokes. Was that a hardflip attempt? Nollie heel? (next couple of slides)

Okay so ‘Street’ can absolutely not take place in the streets and must to be confined to a park, and Park is actually skating a bowl. Makes sense right?

Then obviously any kind of mainstream news outlet coverage was always going be gold:

Onwards and upwards for the Canadian though, as he’s still got the tricks to go.

What was very much not funny on the other hand was this (’cause yeah, uh Tony Hawk is 53):

With all that in mind, it goes without saying that the level skateboarding we witnessed was pretty unbelievable, and that we’re truly blessed to have people like Alexis Sablone, Oski or Vincent Milou out there representing what we do on a global scale like this. No matter how cringe some of this stuff may be, there will be councils out there who in the past reduced what we do to anti-social behaviour (or pretended it didn’t exist) finally deciding to take it seriously. It’s inevitable.

Although that’s not to say there’s still a long way to go, especially judging by the mayor of Manchester’s reaction (worth reading some of the comments here):

This is of course by no means an in depth analysis of ‘what the Olympics means for skateboarding’ or anything like that. This is just someone – who to be honest couldn’t make it through that much of it – listing a few things that made them laugh and a few things that didn’t at all. And obviously it doesn’t mean we didn’t enjoy any of it… Seeing 16-year-old Funa Nakayama front crook the world’s biggest skatepark handrail (+ just the general vibe and camaraderie at both women’s events) for instance was fucking incredible. Plus I probably watched this clip of Alexis making the Olympic village ground shake about 50 times… But it’s important to remember that in the grand scheme of things, all this is really not that deep. And reading stories like this Guardian piece about 46-year-old Dallas Oberholzer who skated in the bowl comp for SA are a good reminder of that (honestly read it). It might make some people get more into competitive skating, it might make a few of us winge or laugh about it for a few weeks but skateboarding is still just what you make of it, and realistically, are you going to give a shit about any of this next time you step on your board or wax a curb? It’s not going to change the physical act of what we do or why we do it, it just means there’s going to be more of us out there having a good time with it 🙂