You may remember Mike Mag from this End of the World part. Well Mike is still out there travelling, skating and filming it all on VX. Let’s have the man himself explain little bit about his latest project….

Mike Mag: “‘The Saudade Express’ is the result of three months of travelling through the Americas by train on a guerrilla style skate trip. While filming that video part in the Amazon Rainforest I was reading the mystery novel’s of Agatha Christie and was fascinated by ‘Murder on the Orient Express’ and it’s fantastical setting aboard a train.

Inspired, I decided I wanted to continue to explore my home country of Brazil, but this time via train only, in an attempt to film my next video part. Brazil is a giant country with many different flavours and styles from region to region. I partnered with master lensman Cayo Uchôa and mapped out a makeshift route to take by rail armed with only our skateboards, two VX1000’s, and not enough changes of clothes (this is why you see me wearing the same shirt over and over again).

Brazil does not have a national railway system, so we had to piece it together through a series of metros, trains, freights, cable cars. The rule was wherever we go we have to get there by train. We named our makeshift train system ‘The Saudade Express’.

Aboard ‘The Saudade Express’ we travelled into São Paulo to explore its lesser known surrounding suburbs with my friends the CPT Mafia.

From there we partnered with the mafia as we all took The Saudade Express to the cold cold city of Curitiba in the south of Brazil. We skated and explored every nook and cranny of the town rolling about 15 deep. When the mafia finds a spot, its showtime. We had a lot of fun and got a lot of clips before Curitiba became too cold to skate.

From Curitiba it was back onto the Express towards my home of Rio de Janeiro. Once back in Rio, Cayo and I continued doing solo missions around the city, taking the metro trains to some lesser known and sketchier stops to look for spots. We found a lot of interesting and sketchy terrain to skate on these Rio Metro rides.

From there I flew to Florida in the USA to meet up with some friends to skate and continue filming. I stuck true to my train theme, taking the Tri-Rail from Miami up through the state of Florida skating and filming with friends all along the way to cap off the video.

Throughout this guerrilla skate trip by train I got to skate and film with so many amazing skaters and met so many wonderful people. The places I got to explore, see, and skate whilst aboard The Saudade Express are just surreal memories to me now. I’m happy to have it documented in this new video part.

Aside from the online video part, there is the 12-minute full version of ‘The Saudade Express’, which releases on a special DVD on the 11th of September. It’s the third video part/dvd of my on going series of vx1000 skate adventures throughout this world.

The Saudade Express, an all VX1000 video part filmed throughout a guerrilla skate trip through Brazil by train. Filmed in the suburbs of Curitiba, São Paulo, Rio de Janeiro, and Florida.” 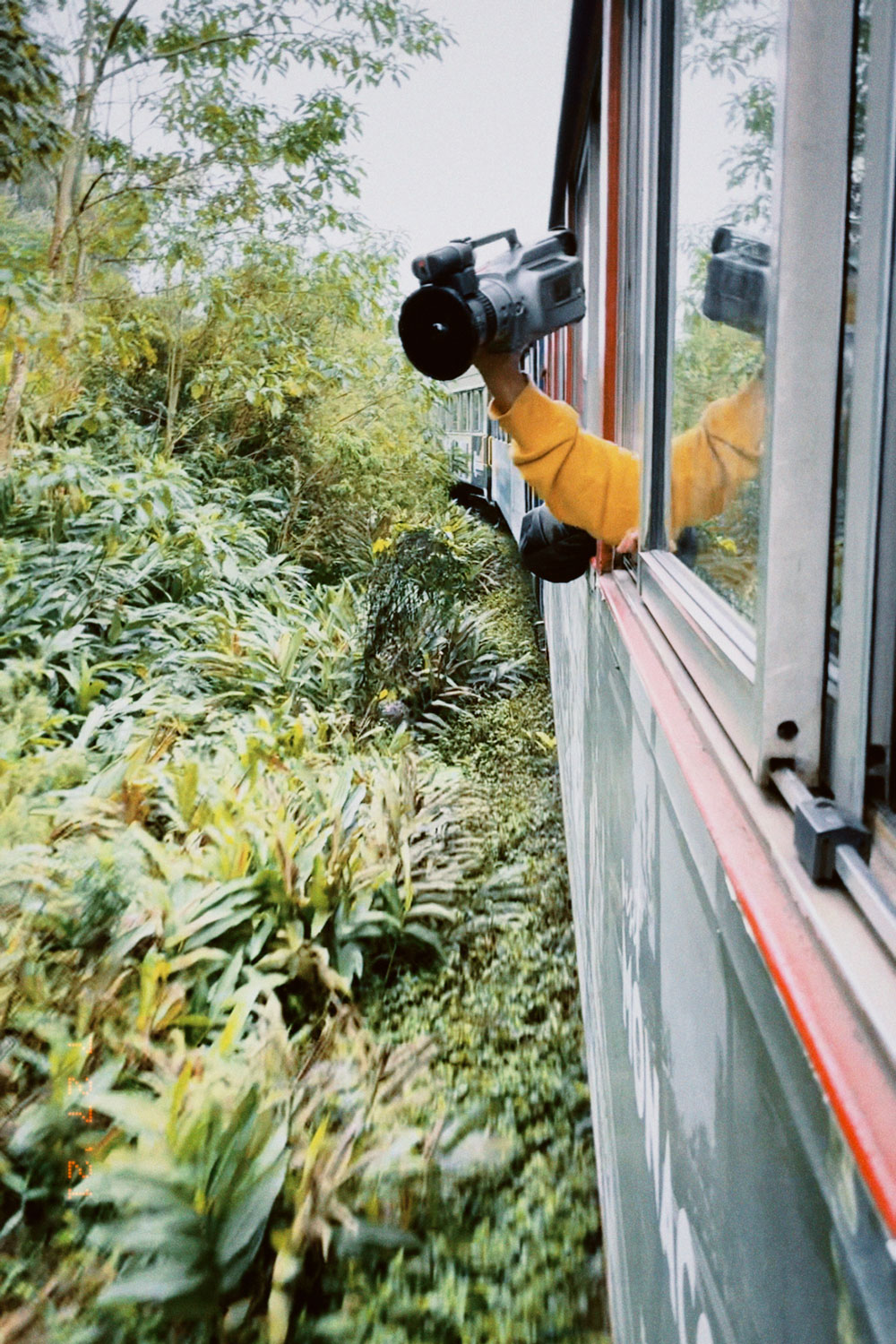