After recently going pro for Titus Skateboards and a new video part, we thought it was a fine time to check in with Jelle. Jelle’s longtime pal Mathijs Tromp gets the scoop on what one of our favourite Dutch ripper has been up to.

Photography by Gerard Riera (unless stated).
Interview by Mathijs Tromp

After many and many years you finally finished your studies. How is it to be free of that pressure, and do you have more or less time to skate now?
Jelle Maatman: Well yeah… After all it took me almost nine years to finish my studies. First, I was in university for like six months, but I was only 18 years old, and I had to study a lot at home and stuff, which just didn’t work out for me. After that I started a different course, Sport and Health Management, this was a little bit easier. I’ve done that for two years and then I stopped because of personal issues. Two years later I continued, and I finally got my diploma. 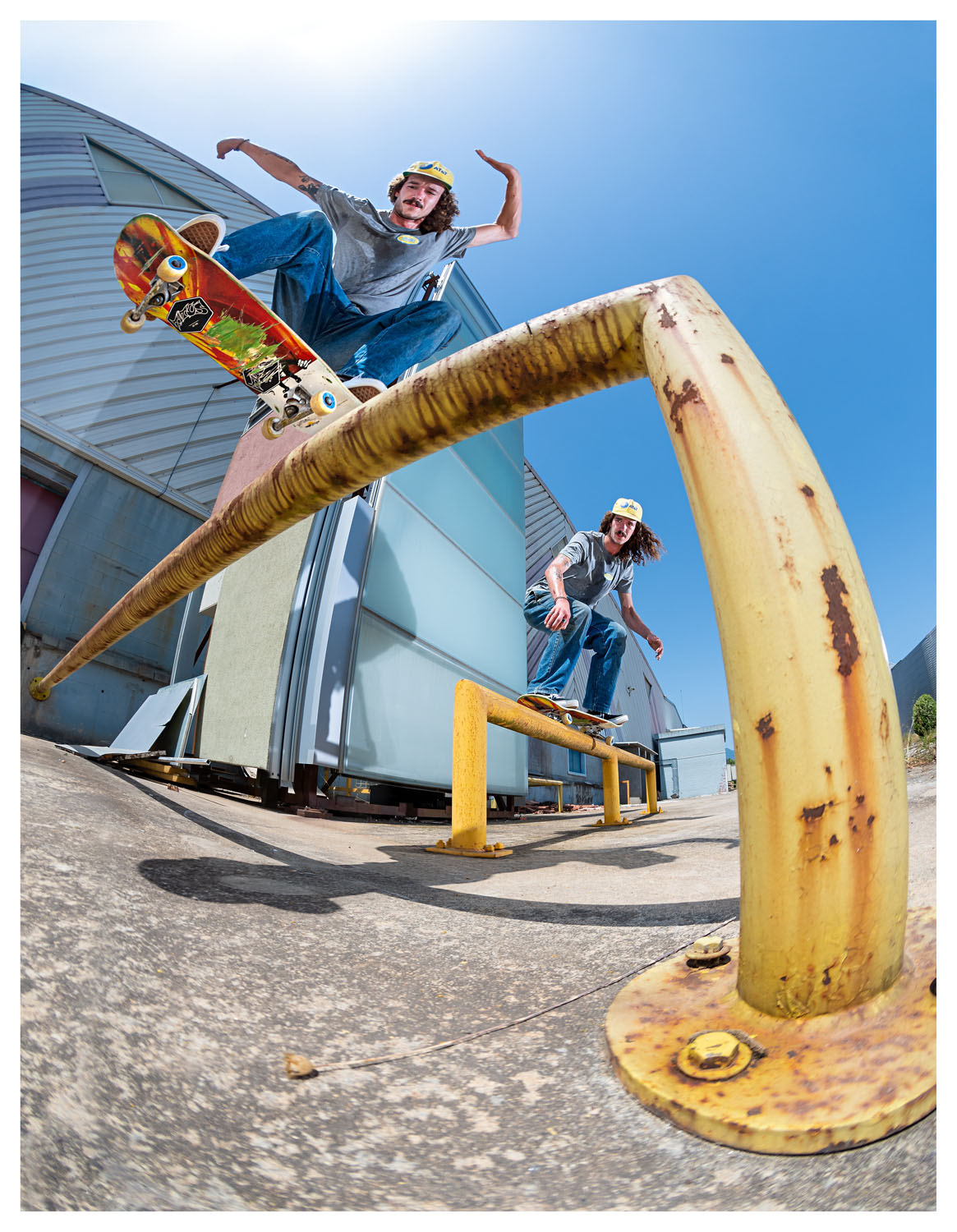 Right after I finished school I directly got a nice job offer. Some guys that I knew started their own business in vintage clothing, called ‘Kilo Kilo’. It is actually a very cool concept; we sell all kinds of vintage and secondhand clothing at cool locations such as skateparks and festivals. We bring cool music, lights and decorate everything real nice. We work with a lot of skaters and there is a relaxed vibe in the company. So, this is what I currently do, and I don’t have any plans to switch or anything. I hope I can grow inside this company together with them.

But… More, or less time to skate… Since I finished my studies, I didn’t get any weeks of rest to be honest. Every time I didn’t had to work, I was on a skate trip, so those are my kind of vacations. And every time I come back home, I have to start working again…

You would say every skate trip is a vacation, but that’s not how it feels to me… 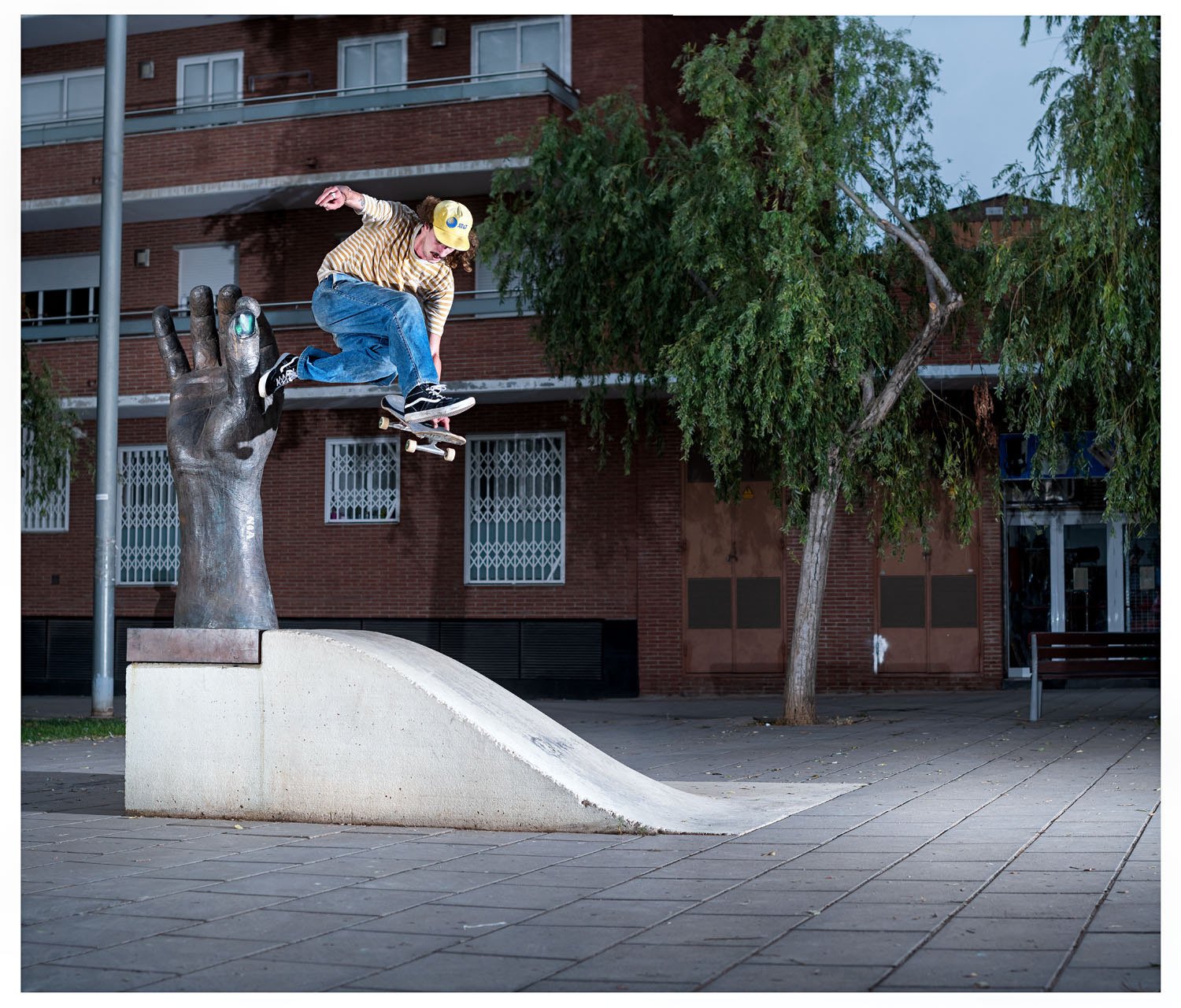 Why do you always get injured before or during skate trips?
Ha ha, it think is just very bad luck… I have to say it’s been going pretty well lately. But since November 2019 until a few months back, I have been injured all the time. I rolled from one injury into another. Some of them were just stupid accidents like stepping onto glass and stuff.
But I think the reason why I get injured during skate trips is that I usually haven’t skated that much for a while. And then, when I finally go on a trip I get too hyped, and I ask too much of myself. Sometimes I have the feeling that I must catch up for what I missed, and that doesn’t always turn out well. I keep trying when I’m too tired, even when I know I must stop. I think those are the moments when it happens. And… I don’t want to say that I’m old, but my body is not recovering as quick as when I was 20, ha ha. Back in the days when I rolled my ankle, I was back on the board within a week, now it takes longer to recover. 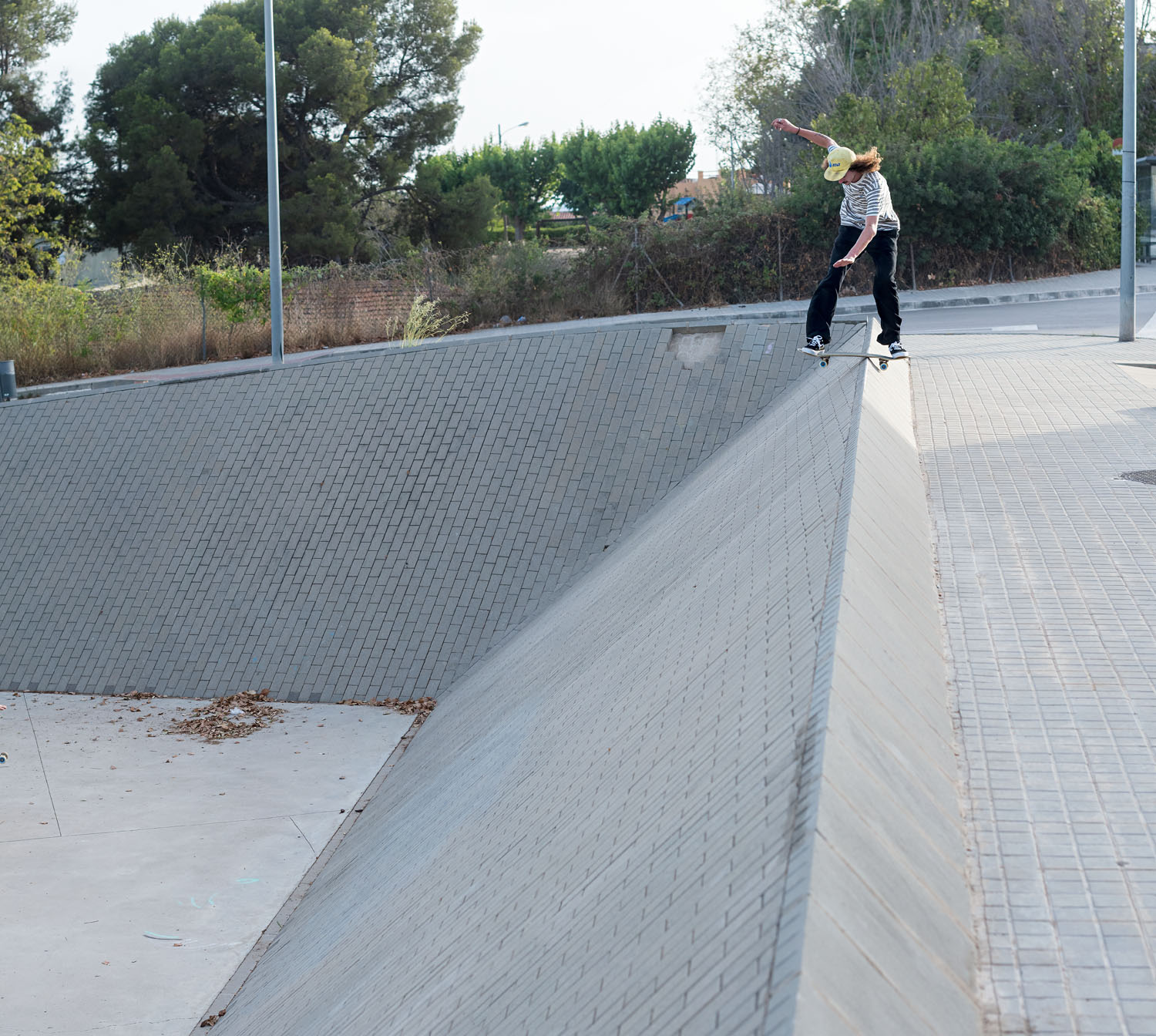 Last summer you turned pro for Titus Skateboards. Did you know this was coming and how does it feel to be pro?
I didn’t see it coming at all! BUT, we were working on the new Titus video ‘Guess What?!’ and they pushed me a lot to film for this, because they wanted to give me the last part in this video. At first the video was planned to release in November 2020, but because of my injuries they pushed this time after time. Dennis Ludwig, the Titus TM, kept telling me I really needed a good part for this video. And I kept asking myself: Why was there so much pressure on me for this? Why do I need to have the ender part and not anyone else?

The moment I got my board was very special. We were in Copenhagen with the team during CPH Open, and I was already wasted and was looking for a nice spot to lay down. And out of nowhere Mark Appleyard showed up with a bunch of people, and I didn’t even realise they were filming and stuff… Mark gave me that board and the first seconds I also didn’t realise that he gave me my pro board… At that same moment I figured out why they were pushing me so hard for that part.

And now I don’t think I have the last part, ha ha. Partly during all those injuries I wasn’t able to create something that I wanted. 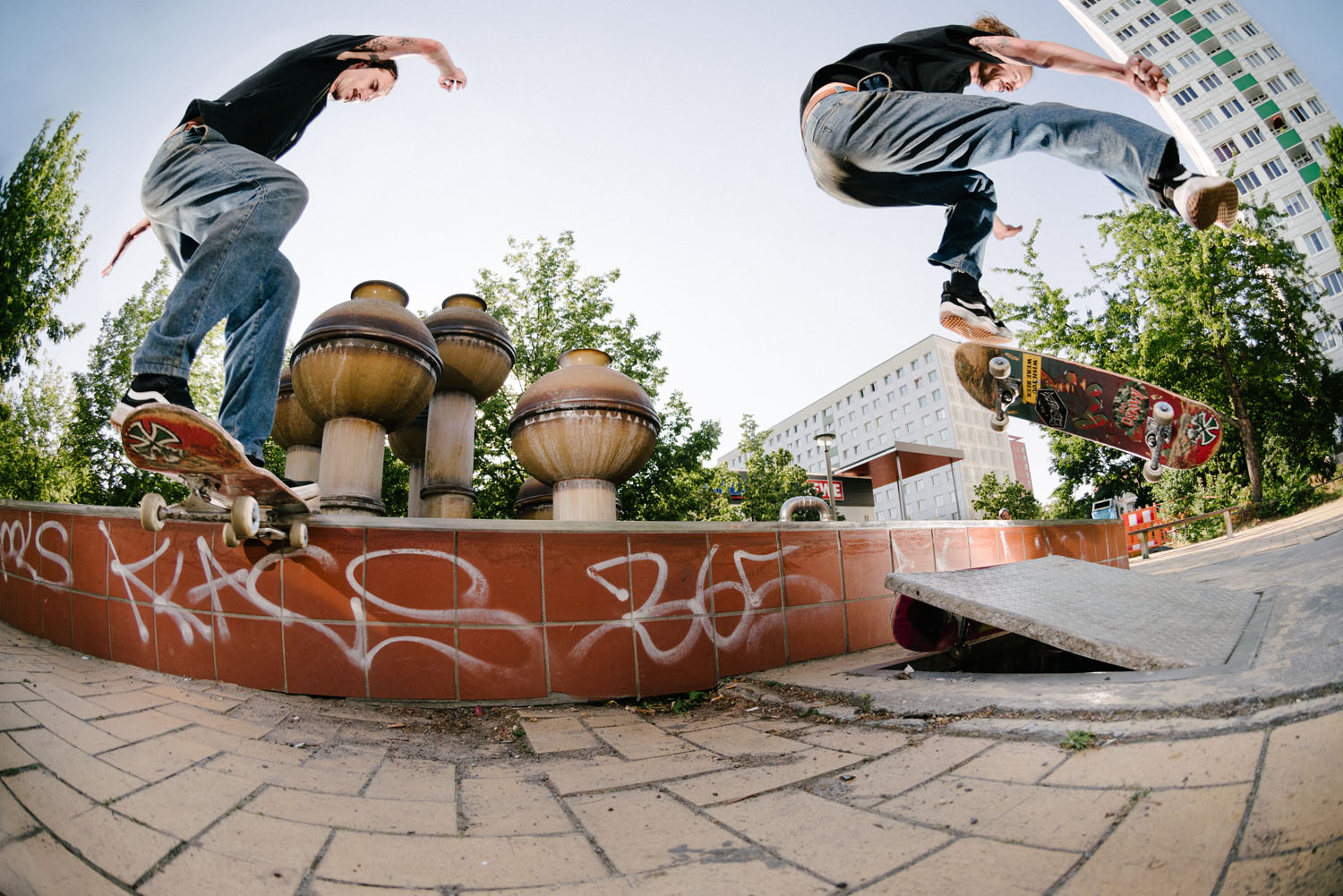 What’s your favourite excuse to not film your ender, after claiming a trick?
Ha ha ha! My best excuse is the bad weather in The Netherlands. Or there is a car behind the rail. Or an injury also works very well. But I don’t know, maybe it’s a little bit of a Maatman curse. I talked about this with Rob. The best way to film and ender for me is when you I have the pressure to film an ender. It’s not particularly the pressure or stress, but when I force something like that, it just doesn’t work out for me…

What’s up with the board graphic. Why is there a Formula One car and why do people call you Speedy J?
Ha ha ha fuck… Well, the Formula One car is because I’m fully into Formula One racing. My roommate PD Tom was always watching the races, and that’s how I got into it. At first, I didn’t understand the whole racing thing, and I thought it was boring, but when I started to understand how it all works with the teams and technical things, I got more and more into it.
And regarding Speedy J… I got this question a few times before, but I don’t know if this is the right place to explain this in detail. Because I just really like to skate fast, I guess. 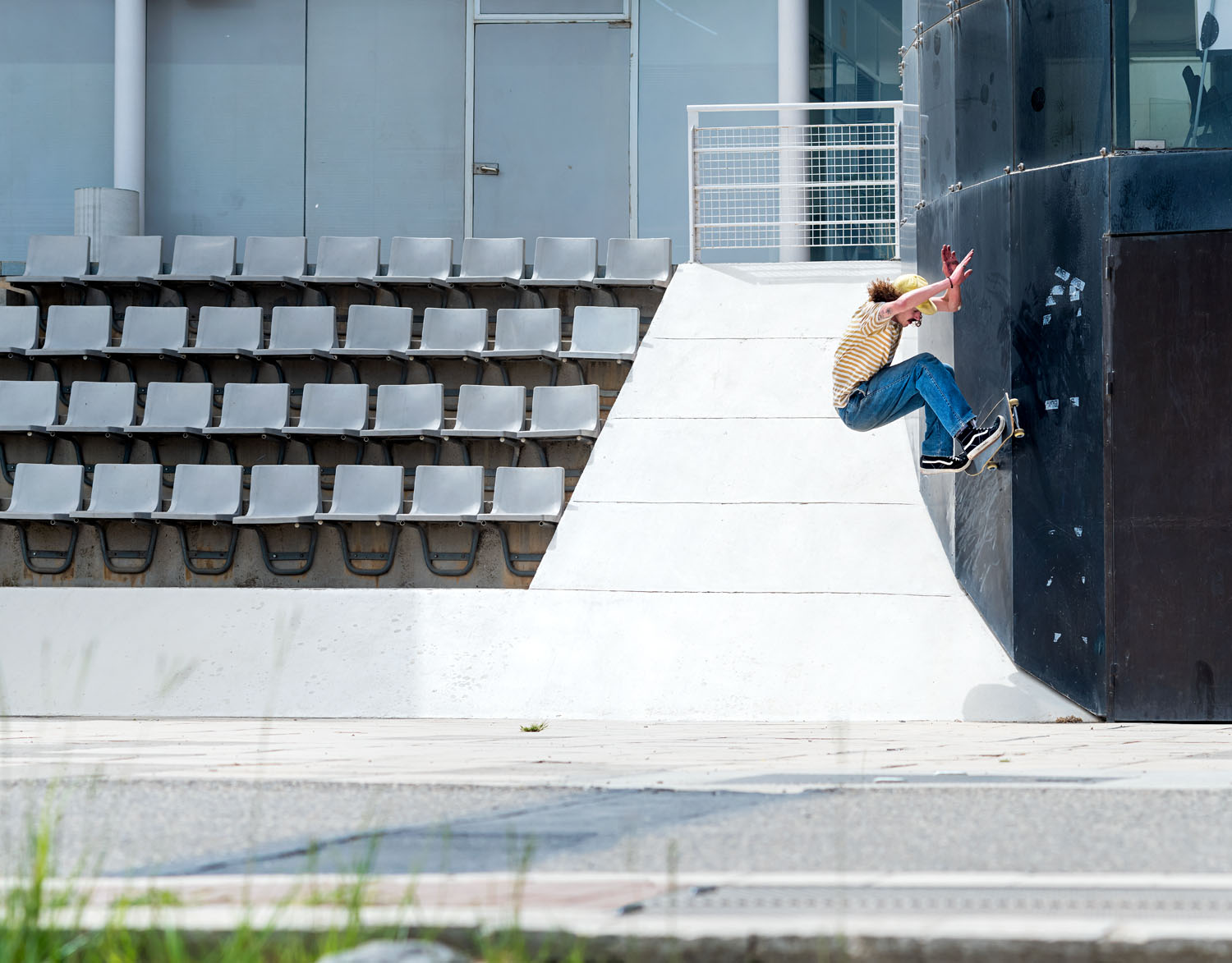 So tell us about the first supercars you got from your sponsor money.
The first car I bought was a McLaren 675LT Coupe and the second one a Pagani Zonda HP Borchetta. Ha ha kidding, I’m not into cars at all. I’m also not interested in other race divisions. I drive my girlfriend’s mom’s Fiat 500. But this month I’m going to take over my mom’s car, a Ford Fiesta. I just want a car that brings me from A to B that fits my tall body. I think the Ford Fiesta is perfect for me.

The new Titus video just got released. How was it to film for this and where does the name ‘Guess What?!’ come from?
We have been working on this for a long time, partly because of some big trips that got cancelled due to Corona. We planned a trip to Russia in May 2020, and the other trip at the end of the year got cancelled too. I also got a bunch of injuries, so it took a long time. But filming for it was very nice and a lot of fun. We went to Morocco, Spain and Berlin. I also filmed things in my hometown of Arnhem with Tim Koster.
So yeah it was cool, but it took a lot of time and it was hard now and then, especially because they pushed me so much for this, which I didn’t understand at that time.

The name ’Guess What’ is because when Mark Appleyard gave me my board he was like ’Guess What?!’, and this is a sort of inside joke within the team.

How did you get on to the Titus Skateboards team? Did you know them already or how did that go?
I don’t know exactly anymore… Titus wanted to have their team more European orientated. I think they only had German riders at that time. I have to say I was skeptical in the beginning, especially because I was one of those guys that was very pro local skate shop (and I’m still like that). I also didn’t know if I wanted to skate for a big online webshop and stuff.
But at the same time, I already gave up my dream of becoming a pro skater.
But what I still really wanted, was to be a part of a real team, and not just getting boards by some distribution. I wanted to skate for a European board brand and be a part of the team, go on skate trips, film for the video, and if possible, make a little bit of money with it so I can take some more time off from work. And that was exactly what they offered me. It took me some time to decide, especially because I had to give up my sponsorship with Burnside. They were my first sponsor and they always did a lot for me. This was the place where I grew up with skateboarding and met my friends. But I’m very happy I made the decision. I made some super good friends, and the team gets bigger and more international. Now we also have Alex Elfving from Sweden, Guido dos Anjos from Brazil (who’s fucking sick), we have the Spanish legend Dani Lebron, and it only gets bigger and better! 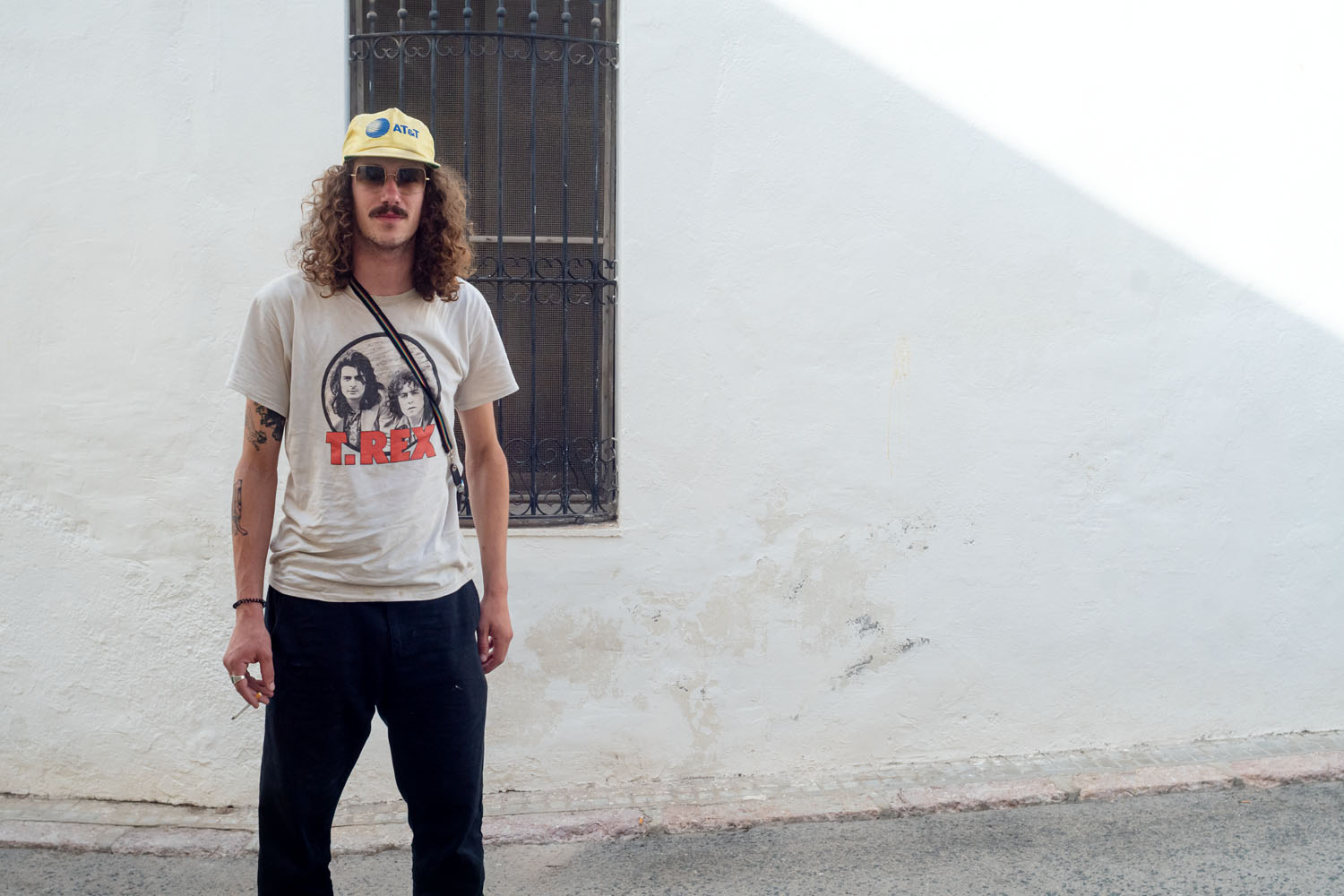 Who has the best part in the new Titus video?
Guido dos Anjos. Just check the video and find out. Biggest pop, mad switch, mega tech, long slides, long grinds, and the most humble guy you’ll ever met!

You currently live in Arnhem. How is the scene there and how is skating there?
The scene is pretty good, and we have a lot of young kids that start to skate. We also have some younger guys who are up and coming now. Emile de Vos and Finn van Elk are two guys to keep an eye on. We also have a few really good spots… We have ’Provinciehuis’ and the Central Station; these are the two main spots where people are skating every day of the year. The only thing is that we don’t have a skatepark. But some people see Provinciehuis like a skatepark as some guys build obstacles there.

How is it to not talk about your brother during this interview?
Ha ha, delightful! I don’t mind talking about my brother, but I’ve done interviews like this since I was 17, and there have been none without the question: ‘How dies it feel to be Rob’s brother? Have you ever been jealous of your brother?’ It’s just funny. 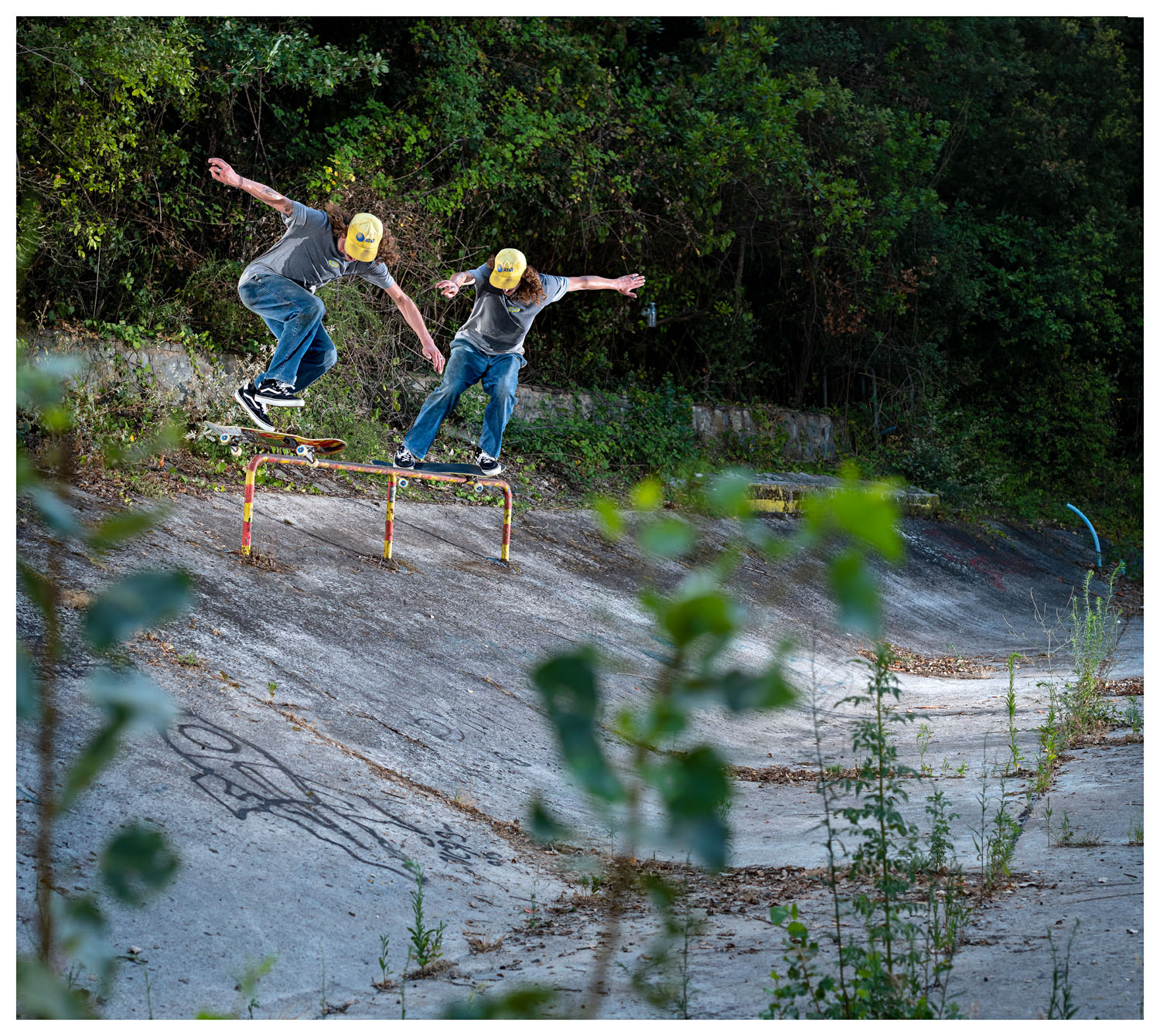 Your brother lives at the other side of the country now. Do you still skate with him?
So, you going to ask questions about my brother now, ha-ha? He doesn’t live very near, so I don’t see him that often. But last weekend for example, I got a call from Ewoud Breukink and Jason Lijnzaad who were driving on the highway, and they saw Rob driving to the skatepark… I had a big hangover and I didn’t have any plans to skate, but then it’s also fun to join the session and go there… I really enjoy skating with him, especially now we don’t see each other that often.