Words and photography by Joel Peck.

‘Damn, looking back at this, we really are skating the worst of the worst spots possible.’

I received this message shortly after having shared with Daniel everything we’d shot, so far, for the article you have before you now. After an initial lol, a slight feeling of concern came over me. Were they really that bad? I had to look for myself…
Lo and behold, there was certainly some truth to it. Subjectively speaking of course, the majority of the spots were just, kind of, shit… But let’s be specific here. There are shit spots and there are shitty spots. I would say that in this instance we are talking about the latter. A shit spot is a shit spot — boring, uninspiring, not worth the effort. Whereas, the way I see it, a shitty spot may well be inspiring, fun and fulfilling to skate, it’s just… fool’s gold. Perhaps it’s a natural hip with great transition but paved with craggy cobblestones, or a concrete ditch that literally needs to be unearthed to be even marginally skateable. In other words, spots that really don’t make it easy for you, but spots nevertheless. 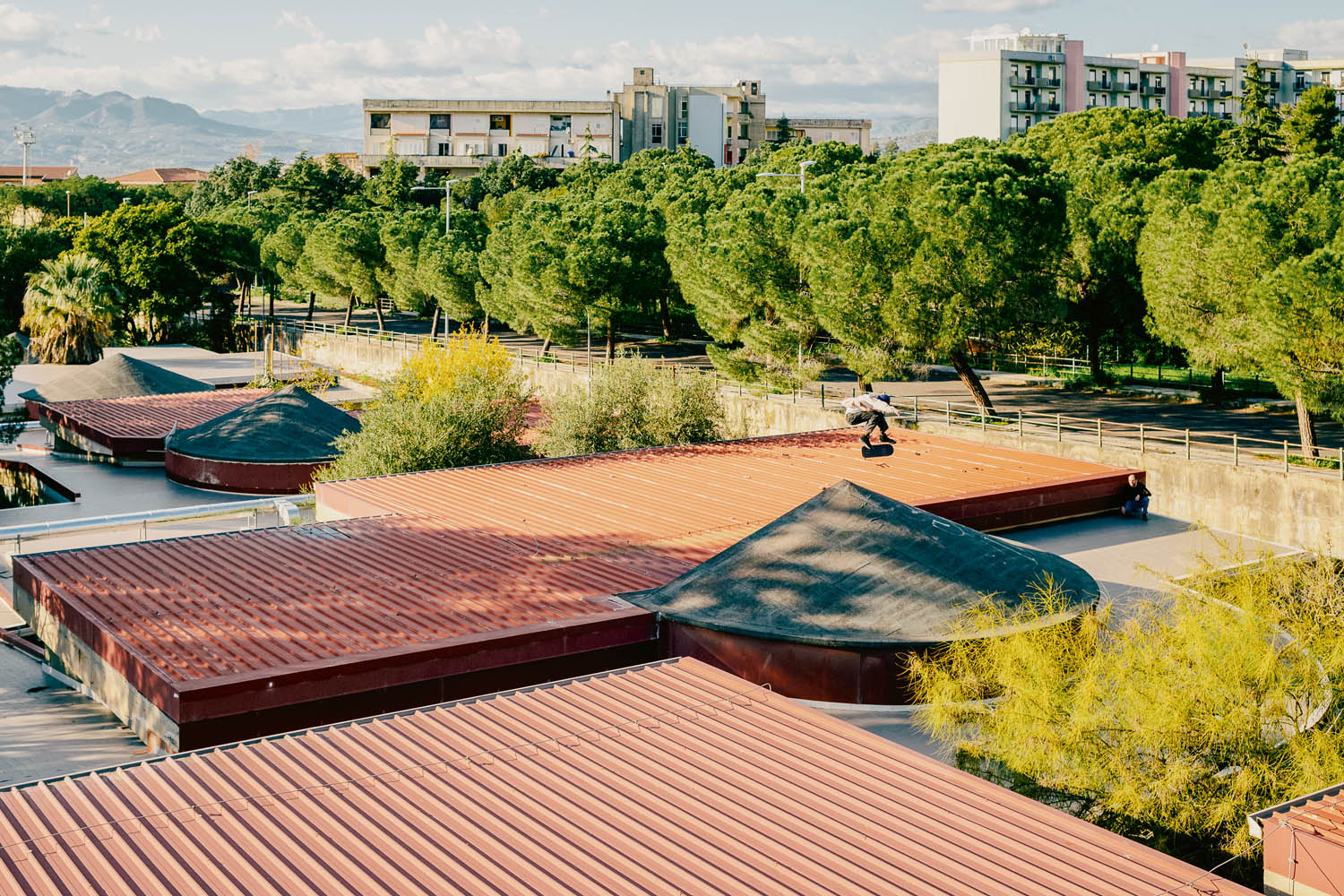 Let’s back up a bit. How did we end up here, supposedly skating the worst of the worst spots? It was May 2020 and with basically the whole of Europe in lockdown, Free had come up with their conceptual, lockdown issue. The entirety of the magazine was to be shot in the space of a week, with several photographers taking it upon themselves to realise a project within this tight timeframe. Reluctantly, I took this opportunity to work on a project that I’d had in the back of my mind for a long time: exploring Berlin’s Hinterh fe, or backyards. Those private spaces hidden behind and between offices and apartment blocks, comprising a good half of the city but remaining, to most, completely unknown. 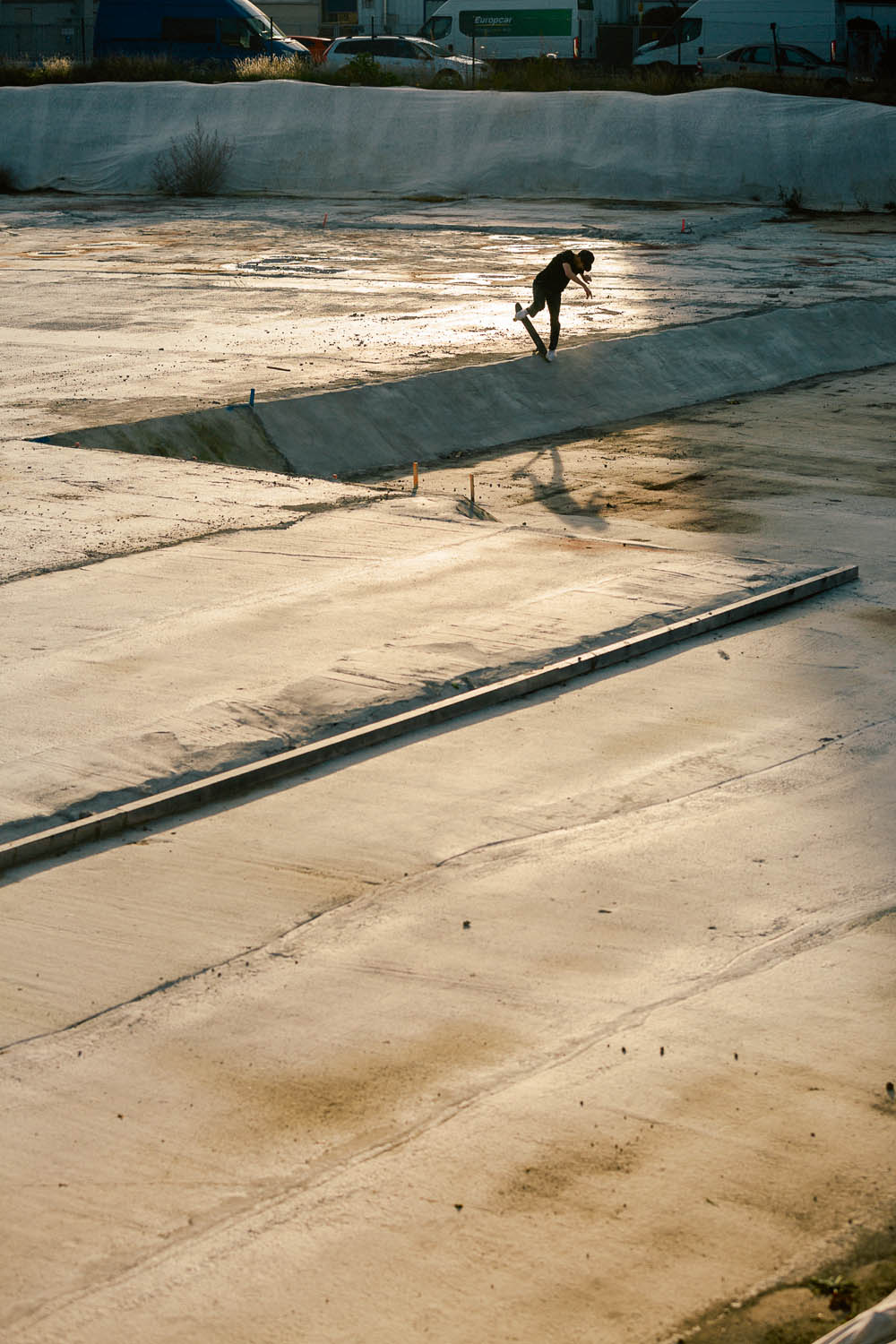 To clarify, when I say I took this on reluctantly, it’s because I would’ve never even considered trying to knock this project out in the space of a week. Left to my own devices I would have taken a comfortable year or three to work on it, but then again I had been left to my own devices and wasn’t anywhere near even initiating the project — I’m good at putting things off, procrastinating and well, yeah… With no other ideas in mind, I took the plunge and committed to the concept, immediately followed by an air of dread: How was I going to organise this? What if nobody ends up wanting to join me on my quest? Will we just get kicked out of every single Hof before even putting our boards down?! (Entirely likely). 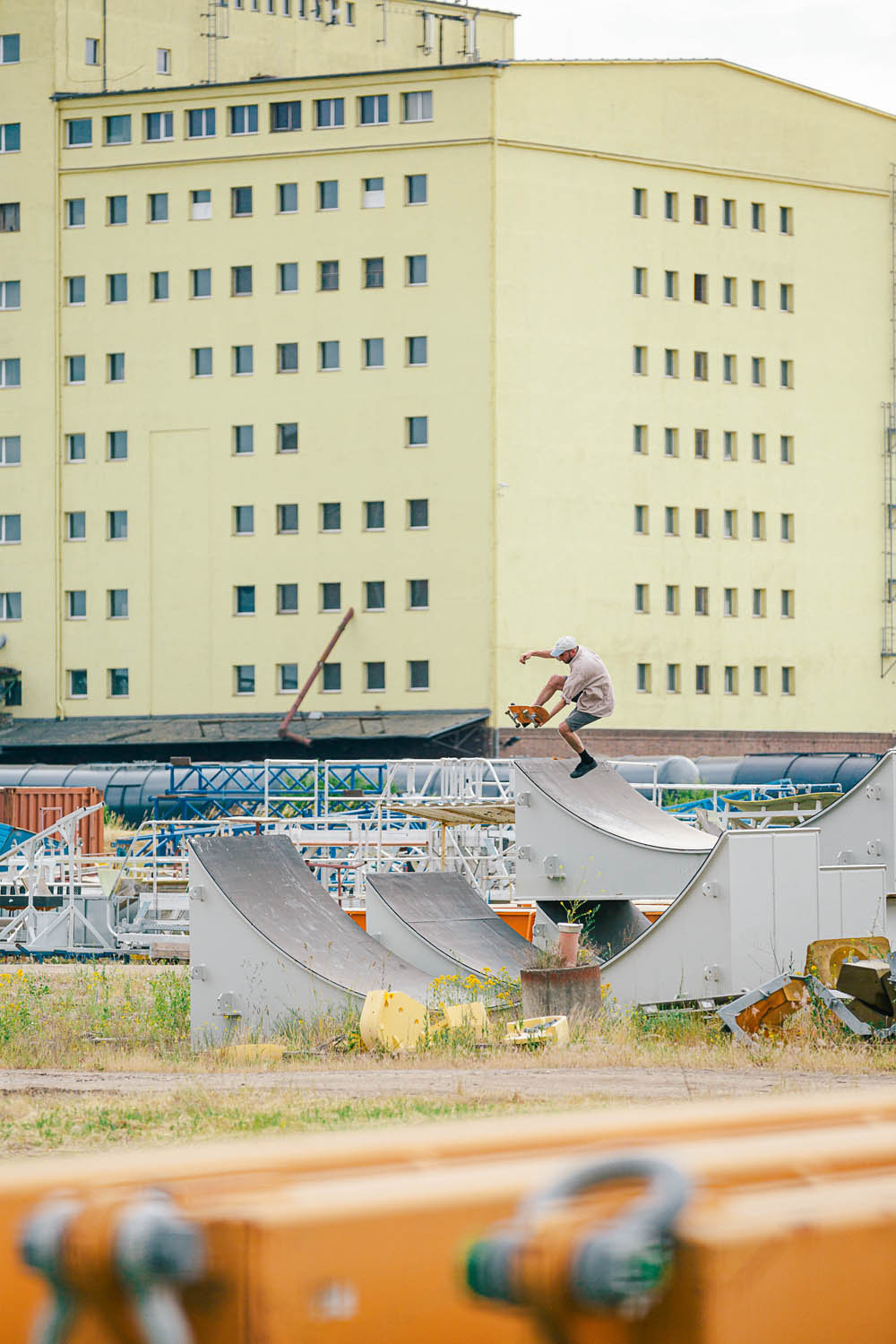 To be fair, logistically speaking, it was a nightmare to organise this. These spots require as few people as possible — ideally only one person skating — since they’re all such huge busts. Trying to figure out specific days for specific people and spots, many of which were nothing more than mere potentiality at the time, still to be discovered, was quite a mind-melting task… Enter Daniel Pannemann. When I messaged Daniel outlining the project and asking if he’d be up for getting involved, his response was along the lines of, ‘I pretty much go out looking for these spots every other day. I’ve got some ideas, should we meet on Tuesday at 6pm?’ This was exactly the kind of ‘straight to the point’ organisation I needed for the wishy-washy bed I’d made myself. As it happens, Daniel and Nils were working on finishing up the original Low Flying Birds video at the time and we were able to combine one of their final filming missions with my photo project. Not only did this help to bring organisation, amazing spots and some choice skating to the week of shooting, it also spurred our further working together on what you have right here before you.
And so it was that, several months later, I would find myself in Magdeburg, on a roof, watching Nils, Daniel & Tjark digging swampy grass out of an industrial ditch, using nothing but metal sheets and a broom- end. A shitty spot, if you will… Just why we’d ended up here, of all places, I can’t really say. But if you don’t know Magdeburg, let’s just say that it’s not top of the list of places to visit. And yet, curiously, here we were for the second time in a month, busying ourselves in the least likely of places. 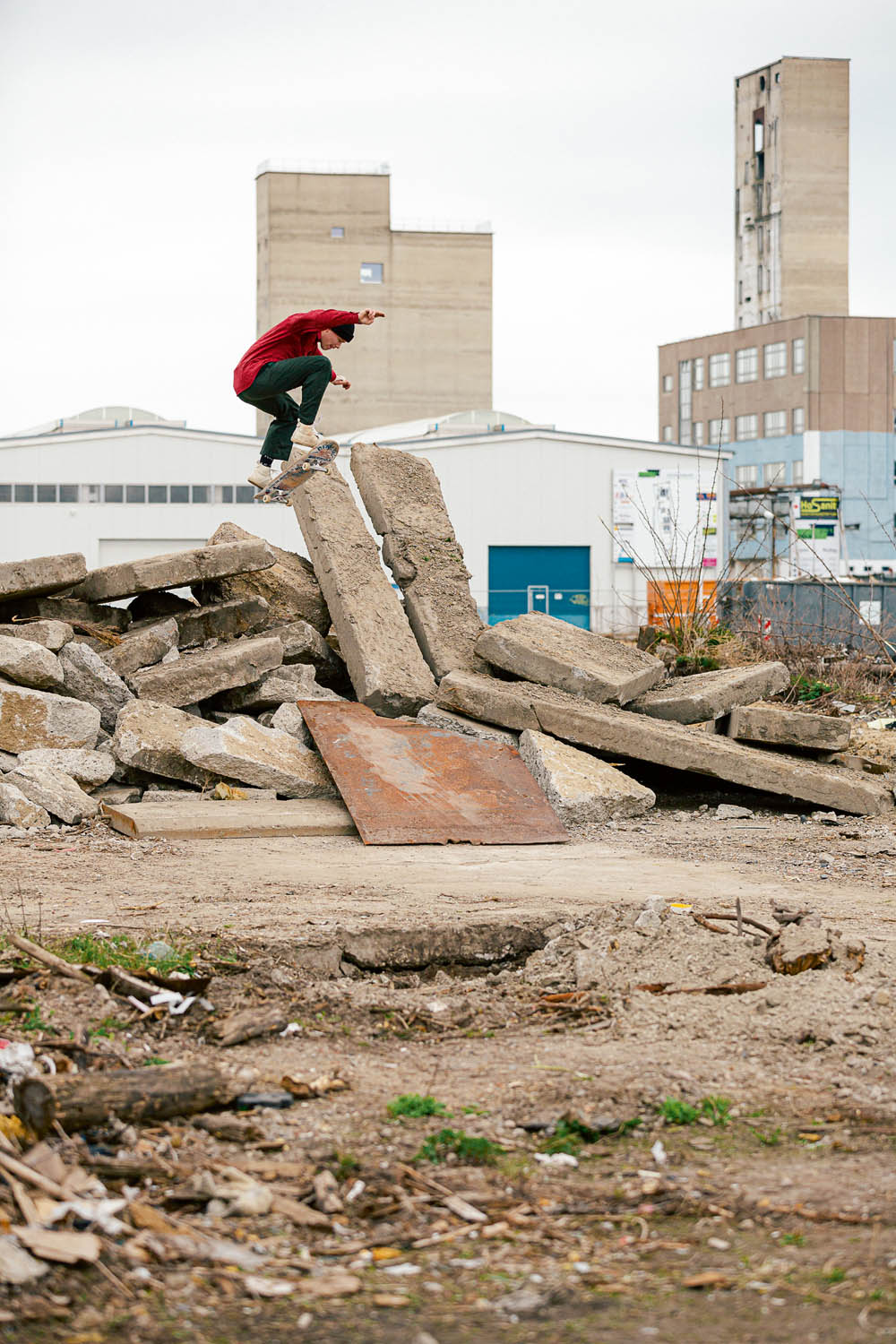 Well good, why not here? This was, after all, the theme of the project, the natural course it seemed to have taken. Whereas my previous Hinterhof project had thrown me into a Hitchcock, Rear Window type reality — this one was very quickly becoming, in my imagination at least, some sort of apocalyptic, Mad Max equivalent. Rather than spending our days immersed in the private, enclosed places that people call their home, we now seemed to be putting ourselves in the most barren, desolate of places. Out on these industrial fringes, gas stations have become our go-to hangout spot, initially out of necessity but now more as ritual. Container gaps top of the spot-hit list… 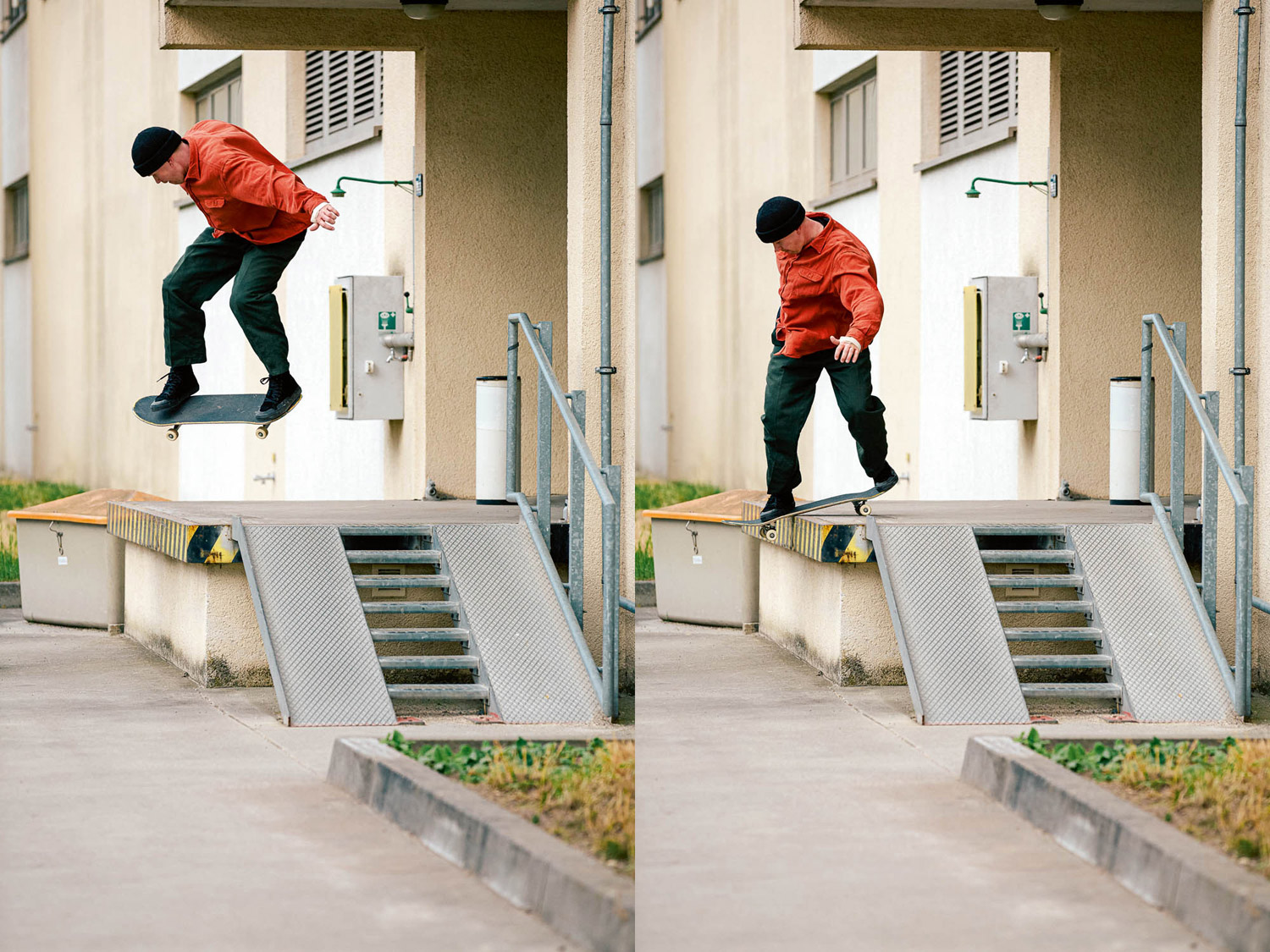 Writing this now, it strikes me that it’s not quite so simple to find a definite division between my imagined sci-fi interpretation of our excursions and their actual reality. I’m not implying that we are, in fact, some gang of skateboard bandits, taking our chances on the dusty highways, driving from junkyard to junkyard, constantly anticipating the next ambush. No, not just yet, but there is some kind of subconscious crossover between imagination and fact. Was it through choice, for example, that we’ve ended up putting ourselves in these outermost, desolate places, or was it rather through more subtle influences? Perhaps the current societal and world situation has played more of a part in this than we, or I at least, initially realised. 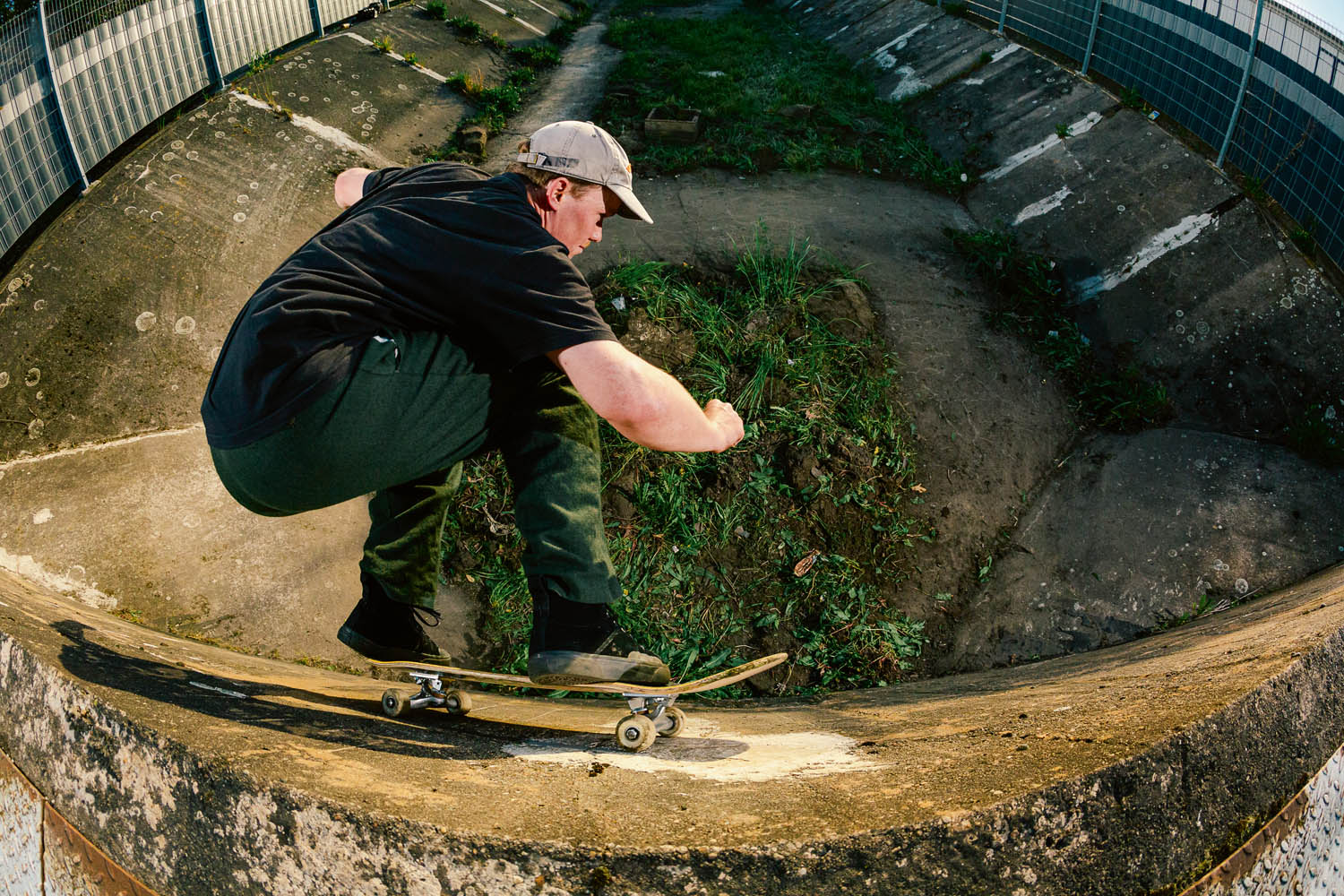 To what extent do the characters in a dystopian story, or the individuals in a dystopian reality, actually acknowledge the full scope of what’s happening around them at the time? Of just how bad things have gotten? Could it be that these implications only become clear with hindsight? When the LFB crew and I first met up, we were all, as a society, still adjusting to this new but supposedly temporary life of restrictions and lockdowns. There was of course an air of uncertainty and, in many cases, fear, but I also remember a large sense of novelty. The feeling that this will all be over before it has a chance to get really tedious. 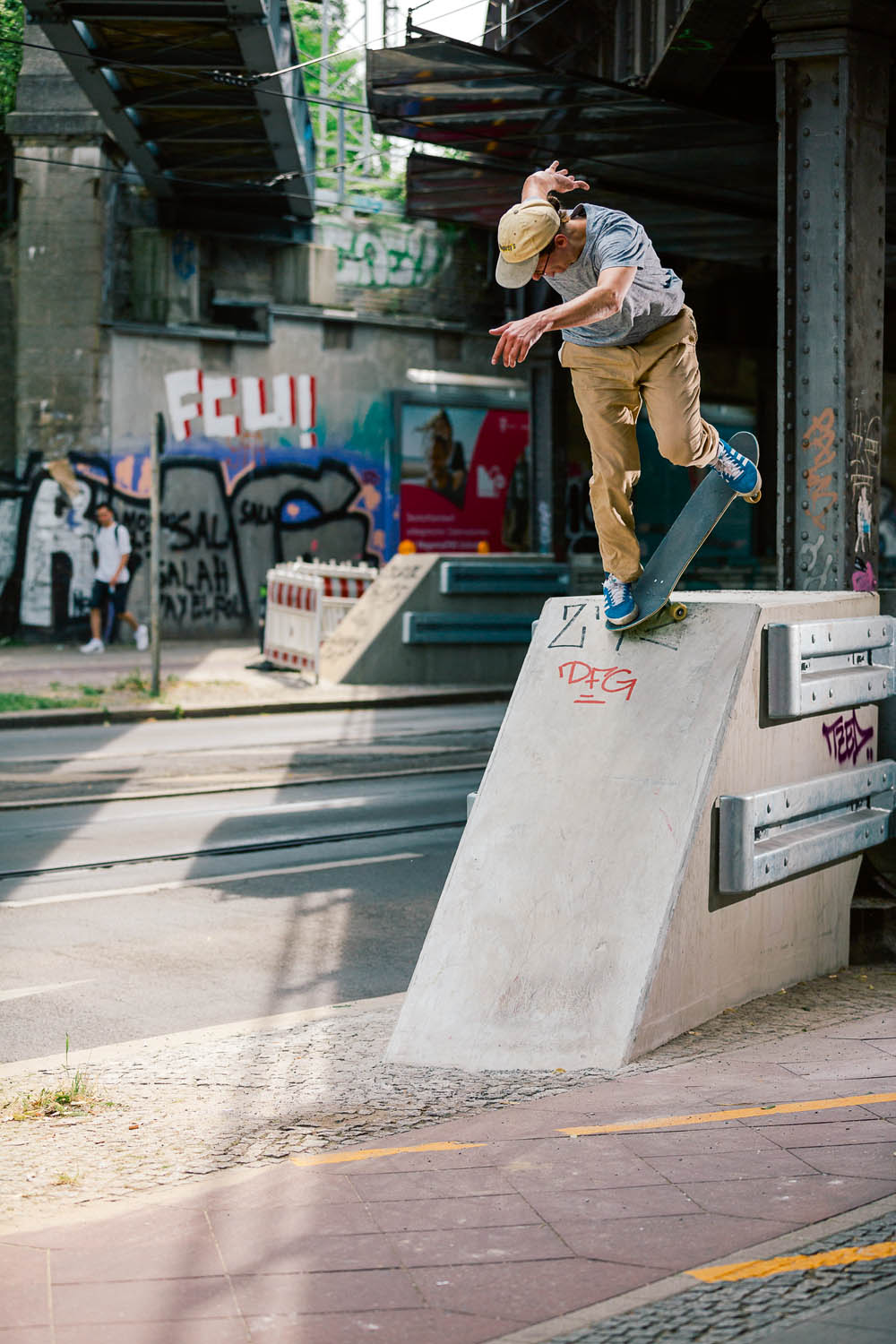 Yet, as I write this a year and a half later, still no end seems to be in sight. We’re learning collectively that any promise of a return to normality is nothing but hot air — just another false spark of hope, soon to be shat all over by a new variant or a spike in contractions. Inevitably, this will be closely followed by the re-re-introduction of restrictions — another lockdown. In exactly what context is this current global situation not dystopian? 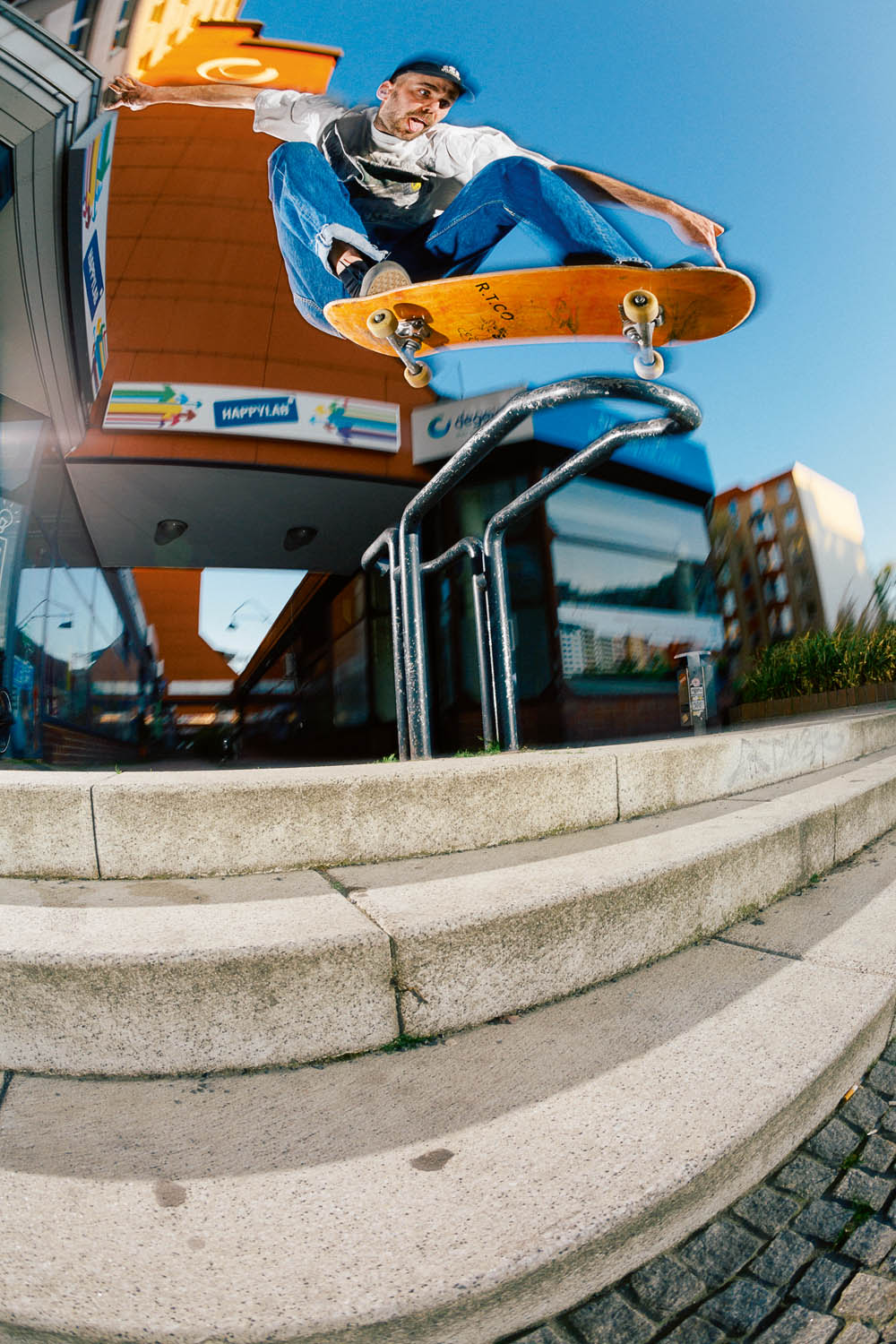 One thing I can say for sure though — in this climate of precariousness, frustration and tragedy — this project, these missions, have acted as a serious remedy to all the chaos, if only fleetingly. However it may be that we’ve continually found ourselves out in the middle of nowhere, seeking out these shitty spots, it’s precisely this setting that has allowed us a sense of freedom. Freedom to move, to explore and to retain that sense of intrigue and creativity that’s becoming more and more stifled under constant restriction. 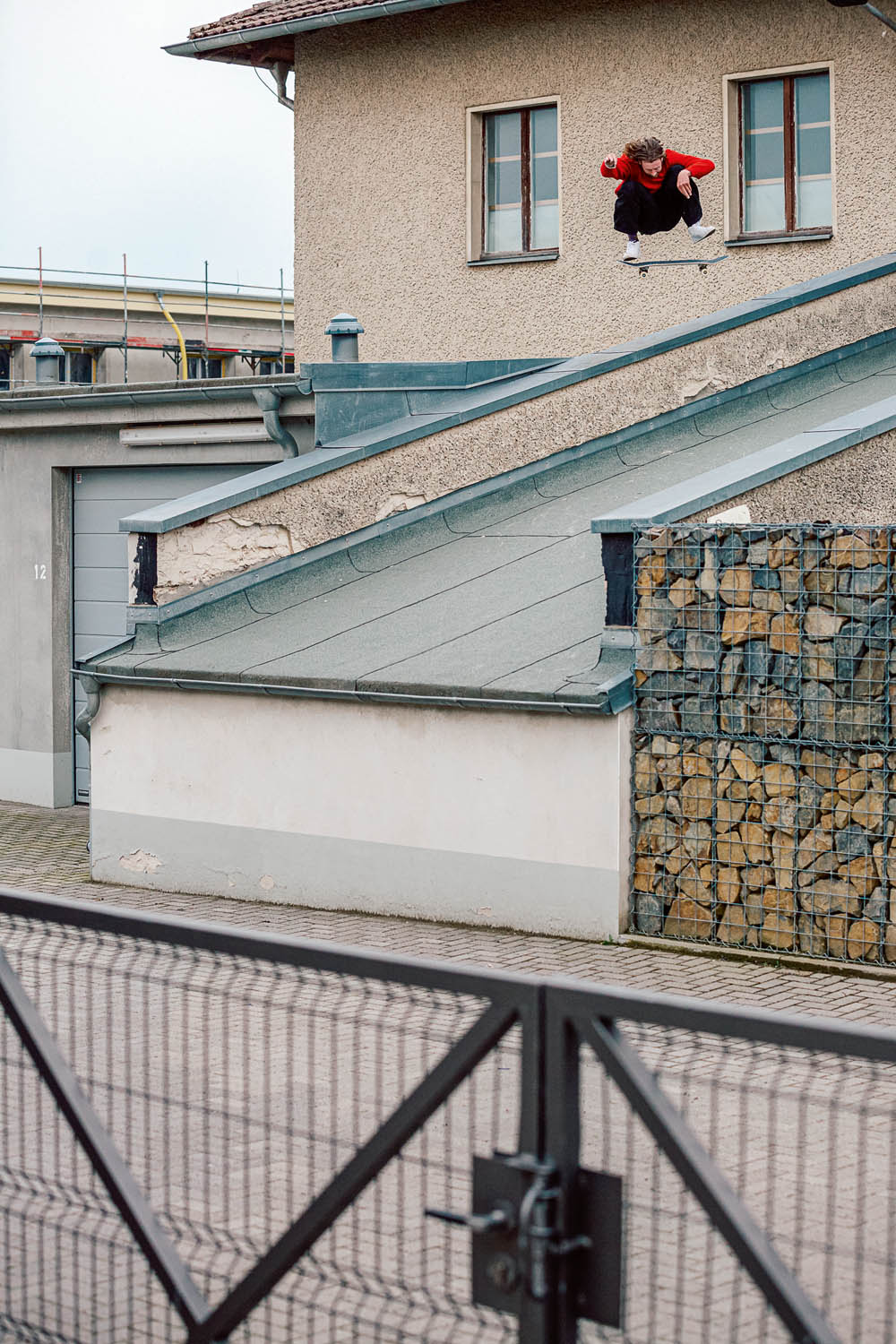 I believe that no matter how dire a situation may seem to be, there’s always something positive to be found in it. Let’s not forget that negative, by definition, implies positive — the two concepts rely on one another in order to exist — and I see this pandemic as a much needed wake up call for change. Many of us are questioning our values and what’s really, essentially important to us, possibly for the first time. I’ll spare you from going too deep into my personal thoughts here, but let’s just say that I find the very foundation of our societal and cultural values — this emphasis on individual success, on making it, no matter the cost — to be a fundamental flaw. Just as positive implies negative, so too, success implies failure. The more we strive for individual success, the more we fail as a whole. Clearly, we are living the implications of this now. 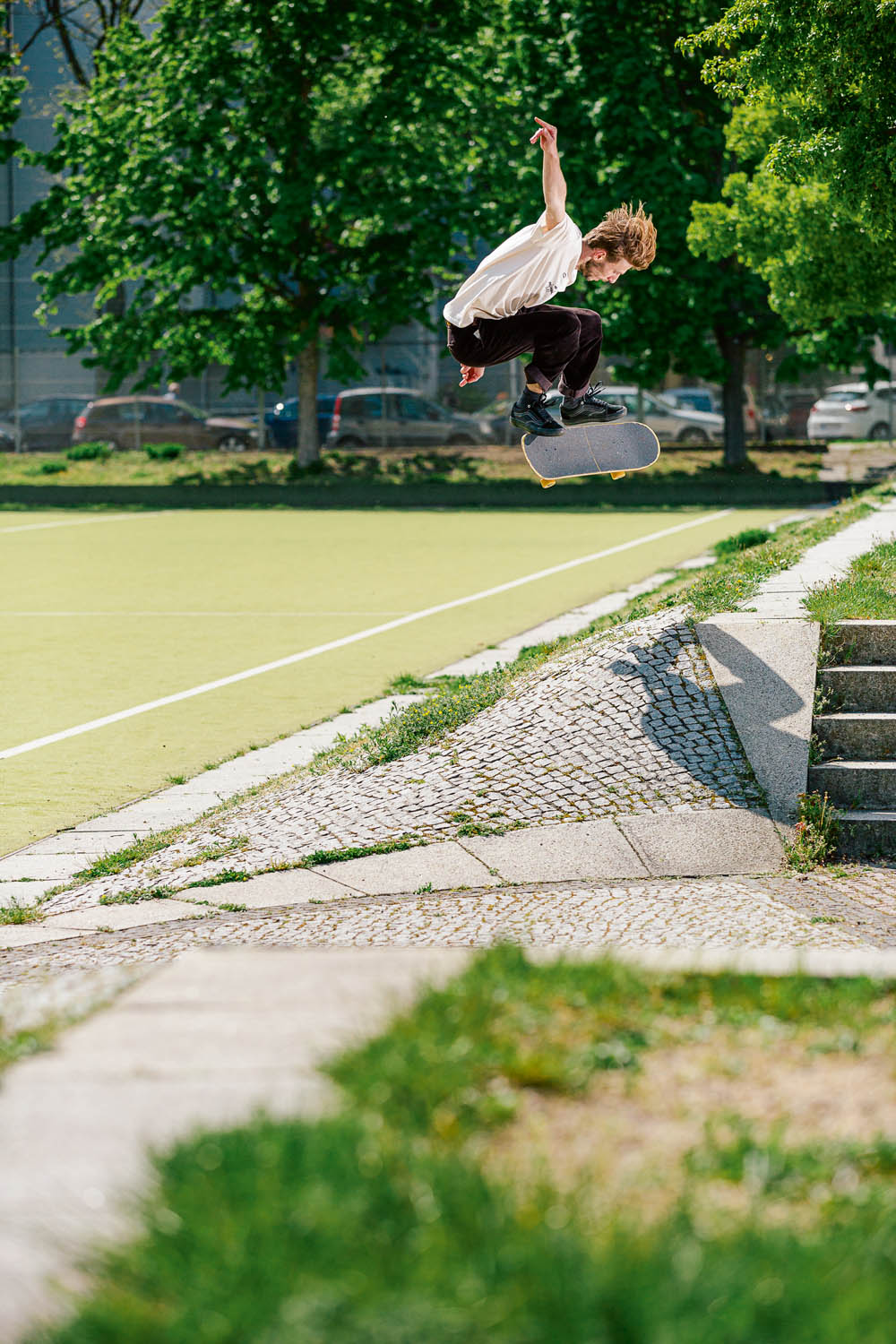 Alright, seems I got a bit carried away, time to bring this back to the matter at hand: skateboarding, fool’s gold… With the deadline for this project just a few days away, we’ve found ourselves out in the sticks, somewhere outside of Catania. As it stands, we’re yet to find anything skateable here in the Sicilian boondocks. Maybe it’s time we cut the shit and just hit the plaza, eh? 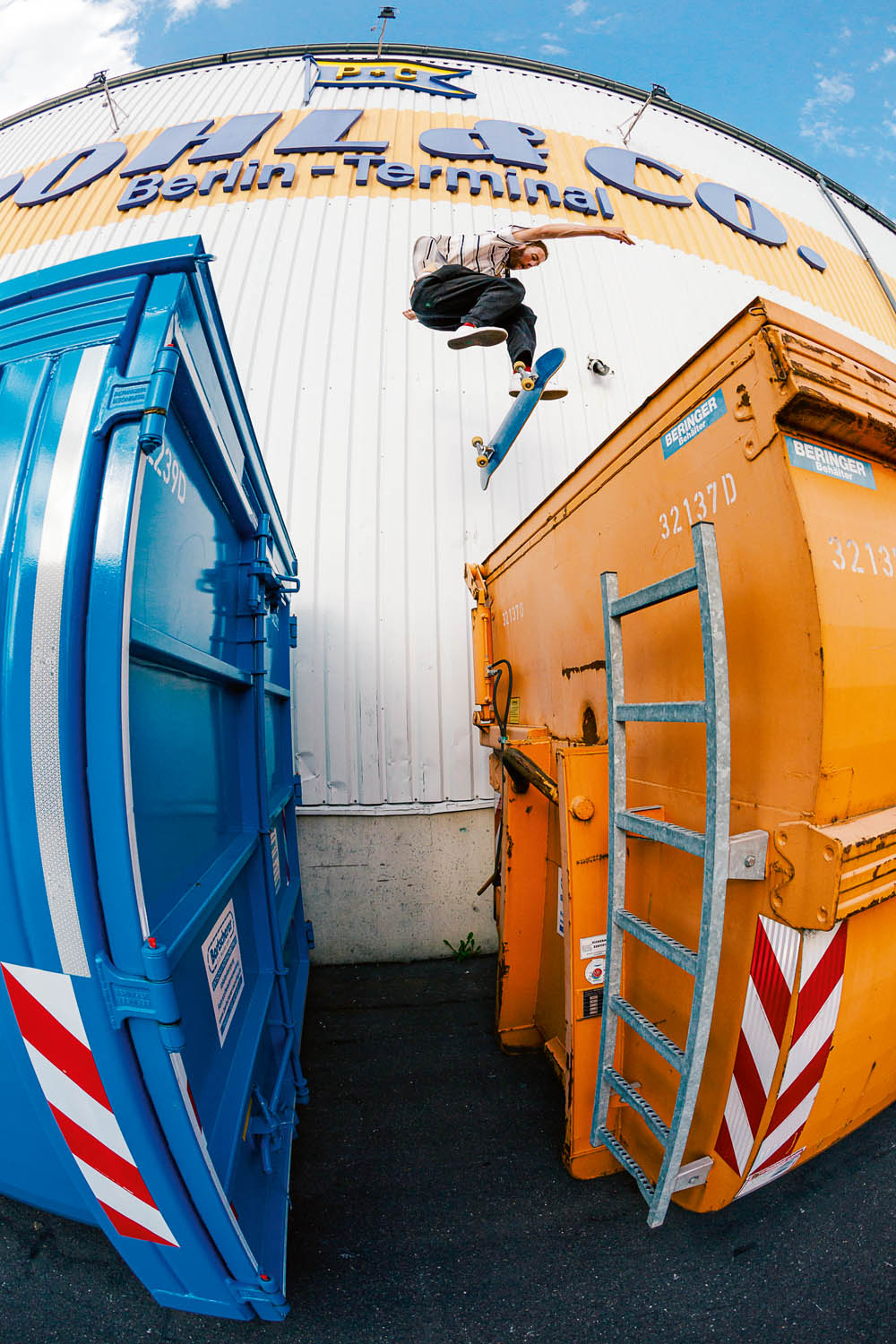 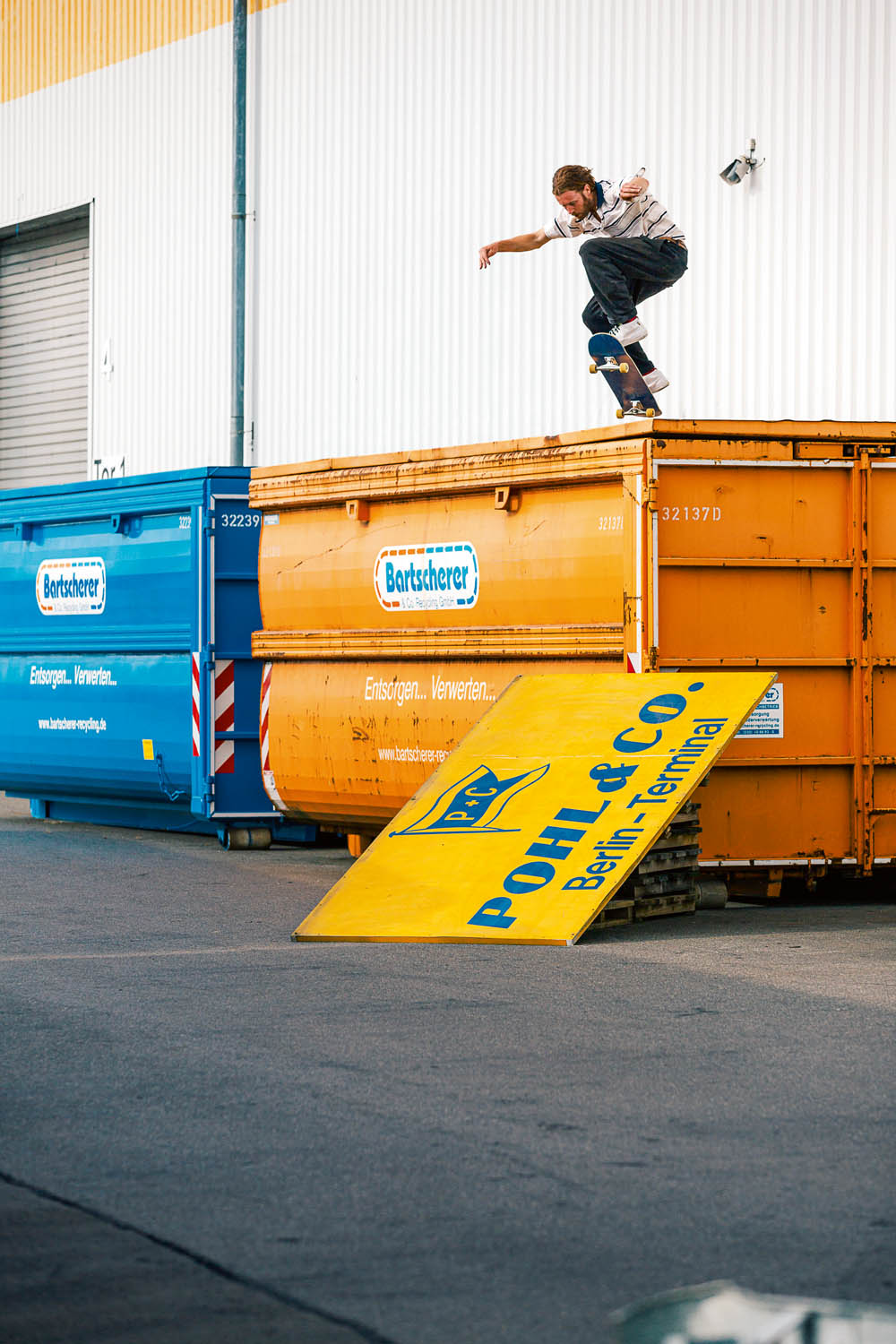