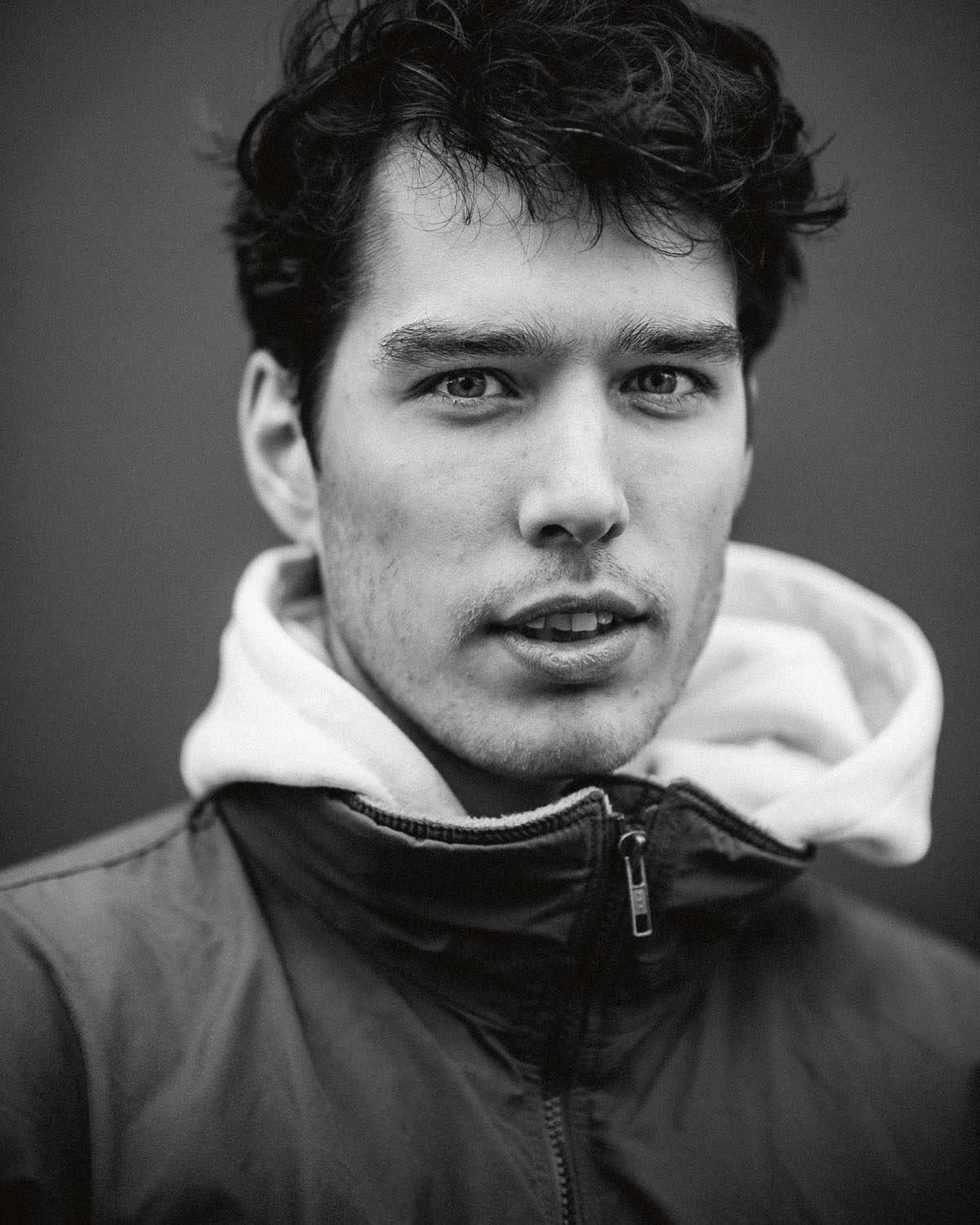 Things just keep getting better and better for Tom Knox… In the past six months he’s finished another incredible video part, gotten a pro board from Isle, his Vase part won Video Part of the Year at BESA and he’s recently become a young dad. Now with his name on everyone’s lips the skateboard world is eagerly awaiting Tom’s next move. To find out I cycled up to Finsbury Park (London neighbourhood where the Knox family lives) one cold February afternoon and met Tom in a cafe to do this interview. Tom was a bit nervous about doing the interview as he said he hadn’t been skating the past few weeks since becoming a dad and feared he was out of the loop. Skateboarding is so ingrained into Tom’s being that not skating for a couple weeks causes him to feel a bit off. I told him not to worry and that ‘I’m sure the interview will be fine,’ and well, I guess you the reader can be the judge of that…

So Isle really cleaned up at the Bright awards in Berlin, congratulations! In your opinion, why do you think the brand did so well?
Tom Knox: It’s hard to say to be honest because I’m in the production of it. I think people really like what Jake (Jacob Harris) does and they really connect with that style of a video (Isle’s Vase). Jake is doing it independently himself, it’s not like he’s got a big budget or anything like that. He just does exactly the kind of video he wants to do. He’s got good taste I think. But it was weird when we were there in Berlin… It’s so funny to win all these awards. I guess for some people they would look at it like ‘these guys, they’re not the best at skating by far, but they are skating these crusty spots.’ I feel like people might see us as a bit smug or something. Does that make sense?

I see what you are saying, but I think if they did think you guys were smug then not everyone would have voted for you.
Maybe. I just think it’s funny accepting an award for anything in skateboarding. But I’m happy people responded to the video so well because that’s the aim isn’t it? You want people to like it. And so the awards are some kind of recognition that a certain amount of people liked it. 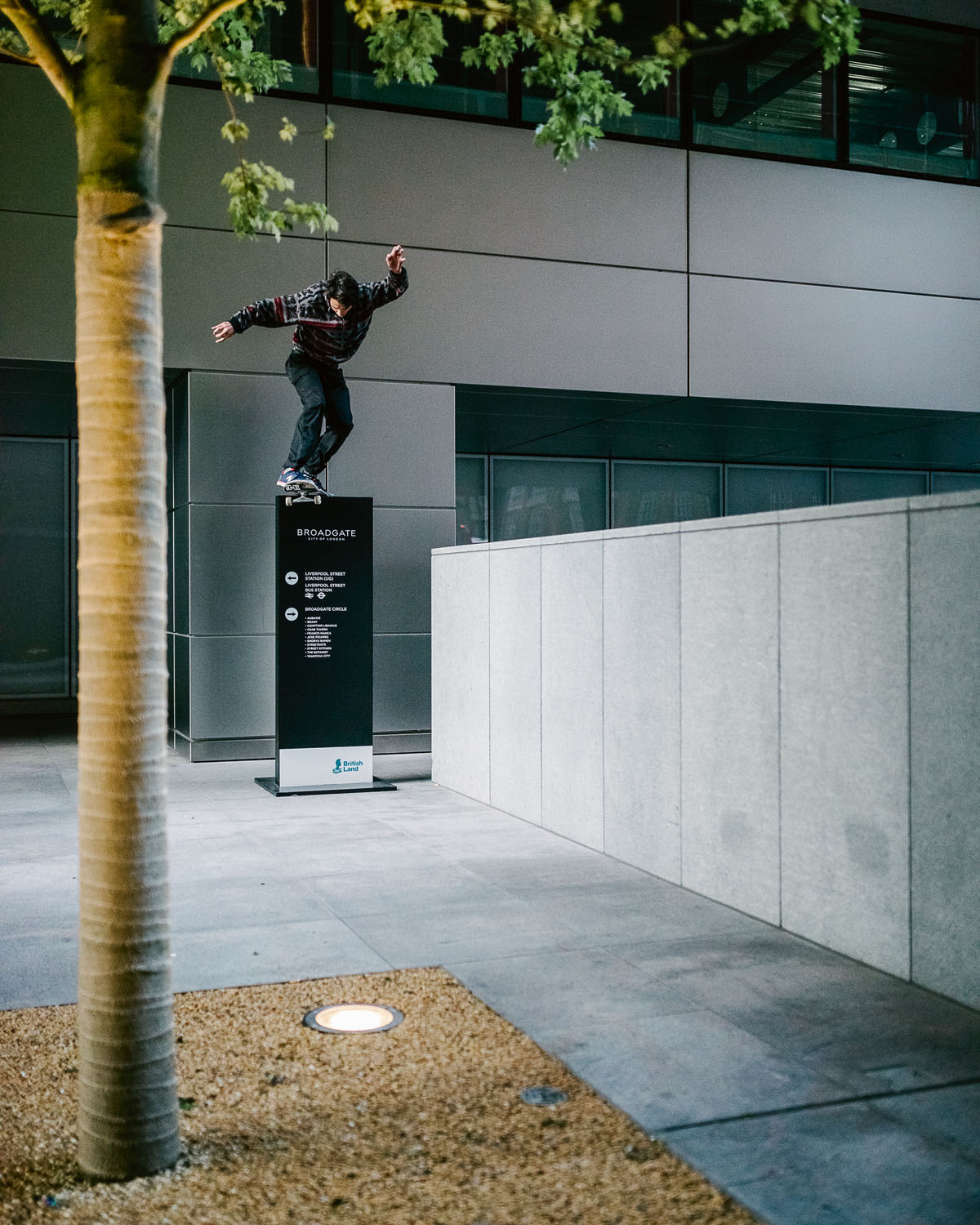 And you won best part of the year! Did you spend as long on your Vase part as you did with 11th Hour?
Uh it’s hard to tell… With injuries and this project we went through a few cameras and they were long breaks when Jake was working and stuff, but I’d say it’s probably the same amount of time. There were always periods when we’d get out all the time and skate when it’s dry and there was definitely a few months in the beginning where Chris (Jones) and I especially were going out together and skating all the time and that’s where you’d get the bulk of footage in the beginning. Then after that you kind add on to that. I spend about the same amount of time on all my video parts: a bit over a year.

And what was the trick in your part you tried the hardest on or you are the happiest with?
Ah man I guess it was that Euston trick that I never did (backside smith grind backside 360 out). That haunts me still. A lot of Sundays were taken up trying that trick. I would love to do it, but I didn’t. The switch flip manual by the Arsenal road gaps… That fucking took me forever. But once you’re in it, it’s easy and you get used to it… It’s about getting into that rhythm… Once you’re done with a part you have this moment of ‘fuck, I can’t do that again. I can’t jump down stairs or this or that,’ but once you’re in it, it’s easy.

And you couldn’t go on the BESA nominees’ trip to Athens because you just recently became a dad. Can you tell us what that’s been like?
It’s been extraordinary! Rosie was born three weeks ago and it’s been amazing. There are a lot of sleepless nights now, because it’s the beginning, but it’s been great. My partner Kelly and I have just been hanging out and enjoying it. I’ve been skating here and there when it’s dry. They are only babies for such a small amount of time so I want to enjoy it. 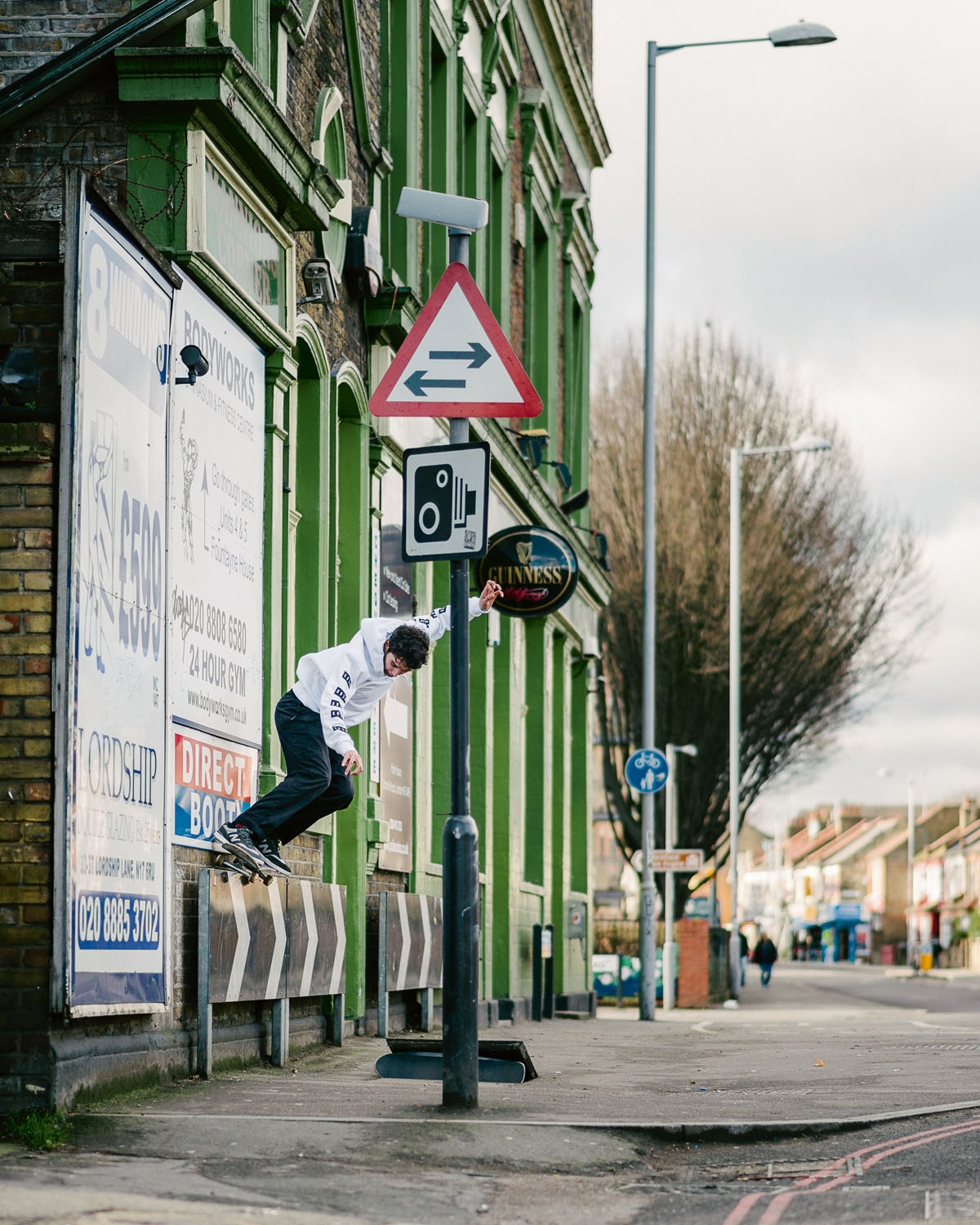 And what do you think about juggling being a dad and a professional skateboarder going down the line?
The thought definitely comes into my head a lot. But that’s what people do: they have families and they have to juggle these things. As I’m based and skate in London I’m hoping it won’t be too bad – especially as you can’t skate half the fucking year here. Out of most professions, this is probably one of the best ones to have a baby. I have Jake if I want to go film and Sam (Ashley) if I need to go shoot a photo so I’m in a good position here.

Yeah and I spoke to Seb (Palmer) at New Balance and he said he’s arranged a bunch of trips this year around London to accommodate you. I know it’s because he’s a dad himself so he can empathise with this time in your life.
It’s so amazing; Seb has been so supportive from the moment he found out I was going to become a dad. I think it’s cool because very rarely, especially in skateboarding, do people have kids early in their lives because as a lifestyle…

How old are you now?
I’m 24 and Kelly is 22. So we are young parents, but my parents had me at 21 so you know… My parents have travelled the world, but you just have to do it with children you know. But for Seb to arrange all these London trips, it’s just amazing. And Levi (Brown) has just had a kid a week ago, which is amazing. He’s had a boy named Lenin. So it’s funny he told me he was having a baby, and he had his two weeks after mine.

Maybe they could be playmates together on New Balance trips!
Yeah I mean they are the same age; they are born two weeks apart. But yeah it’s cool they (New Balance) understand the situation and it’s cool they are going to come on a trip here. 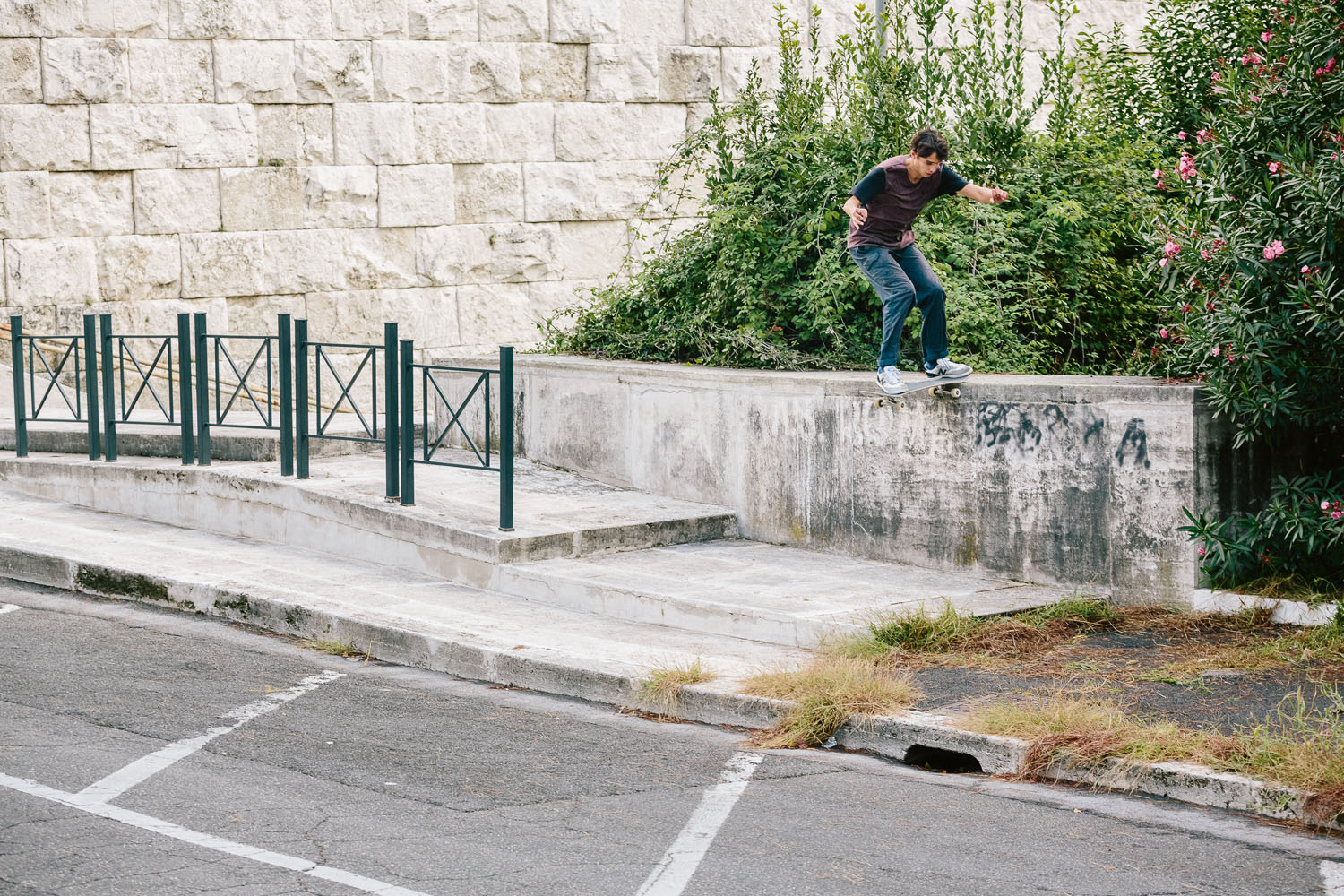 So what else do you have planned for 2016?
I’m just trying to figure it out really… I’m filming some stuff for Kr3w and I know I have trips with them coming up, also those New Balance trips. I might try and film another part with Jake, but we’ll see. He’s the godfather; he’s in charge.

Yeah I was speaking with Jake and yeah, he said the best thing he could give you is to help you film another part. And this one to be the penultimate part…
Yeah that’s nice of him because where we are right now, I think we’ve filmed five parts together, or at least four. So I’ve kind been filming with him since I was a kid and because of situations we haven’t had that time to completely put in that full effort… Every time I finish a part I think: ‘ah I didn’t put in that much effort in, and I can. I could put in ten times more and make a better part.’ But when it actually comes down to it stuff always gets in the way like rain, jobs, girlfriends, everything gets in the way but that’s life. You can’t just spend all your time filming skateboarding.

I remember reading about Marc Johnson pretty much cutting everything out when he was filming for Fully Flared and it kind of almost made him crazy. Focusing that much on filming a video part can’t be healthy.
Well for Jake to want to film another part with me again that’s very nice. I’ve kind of made a career in skateboarding right now because of Jake making these videos. His videos are so legitimate. You can film any trick you want to film or do whatever you want to do and then if some guy edits it to shit music and it’s edited badly then no one gives a shit. So for me I’m very thankful for Jake because he’s helped me out a lot in life in that sense.

So what is it like when you film with other people? How do you feel?
It takes a little while to get used to it sometimes, but it’s fine. I guess with Jake we film stuff spontaneously day in and day out when we go skating, but we always have those few tricks that are little projects for us – maybe like a long line or a single here and there that we think about or I go try it one day and he’s like: ‘We gotta do that; we gotta go back.’ So sometimes I’ll go practise the trick at the skatepark so I can go back and do this one trick or this one line. We kind of take care of individual tricks sometimes and that’s what makes those parts special whereas when you go on a trip or if you film with someone else they don’t necessarily have that kind of relationship with you where they say: “We are definitely going to come back.” 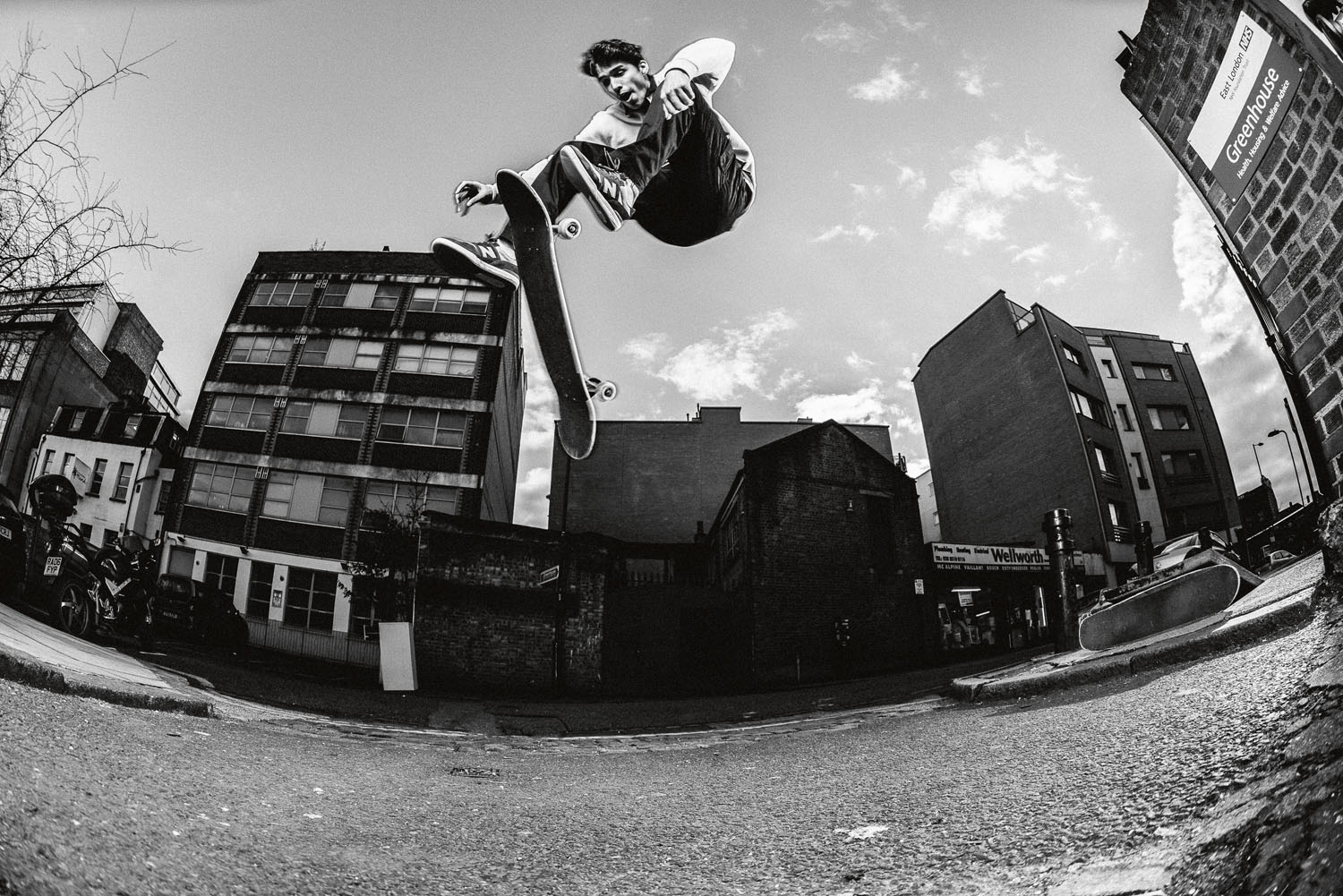 I see.
And then because I skate with Jake all the time he knows my abilities and I know how he likes to film so in that sense we know exactly the style and sense of what we want to do, but with other people you film stuff sometimes and you second guess it. You think: ‘Is this actually a good clip?’ Whereas with Jake he’s like: ‘This is going to be good,’ and to me that gives me the confidence. Sometimes if you don’t have that person saying ‘this is exactly what you need to do’ it’s harder to feel satisfied with the filming process.

But going back to what we were saying before, yes I’d love to film another part with Jake because it would be good to have that one part. I think he’s already filmed two or three 6-minute parts with me already, but I don’t know, we’ll try.

Well I’m looking forward to it, as I’m sure everyone else will be too! Cheers Tom.